Evolution of The Planet of the Apes

The latest version of the Planet of the Apes doesn’t depart from the franchise’s apocalyptic outlook, but it does make the earlier efforts look technically dated. 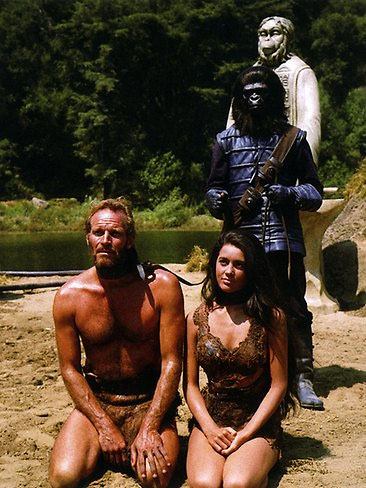 Planet of the Apes (1968). The original Planet of the Apes film, starring Charlton Heston as the time-displaced astronaut Taylor, was an immediate box office and critical hit when it was released in February 1968. Based on the French novel, La planete des singes, by Pierre Boulle (who also wrote Bridge over the River Kwai) it tells the story of group of astronauts who crash land on what they think is an alien planet, only to discover it’s a post apocalyptic Earth ruled by apes. The script, originally penned by science fiction legend Rod Serling, underwent many rewrites. 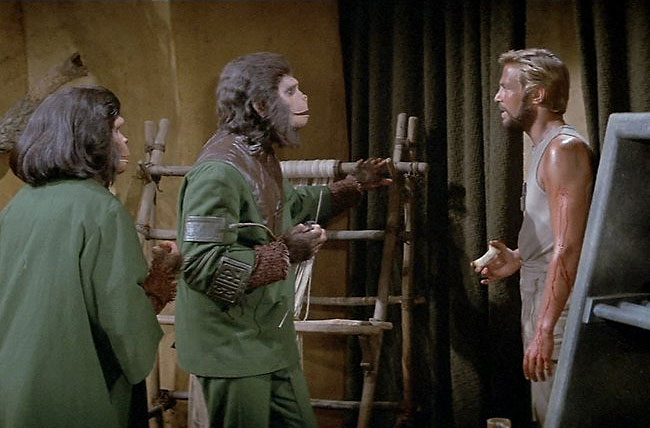 Beneath the Planet of the Apes (1970). Despite being offered a massive wage cheque to reprise his role as Taylor in the second Planet of the Apes film, Charlton Heston only agreed to a brief appearance and asked for his fee to be donated to charity. By having his character detonate an Armageddon bomb at the end of the movie, Heston hoped it would be the end of the franchise. The film begins with another spacecraft crashing into the planet and the astronauts discovering an underground city inhabited by mutants. 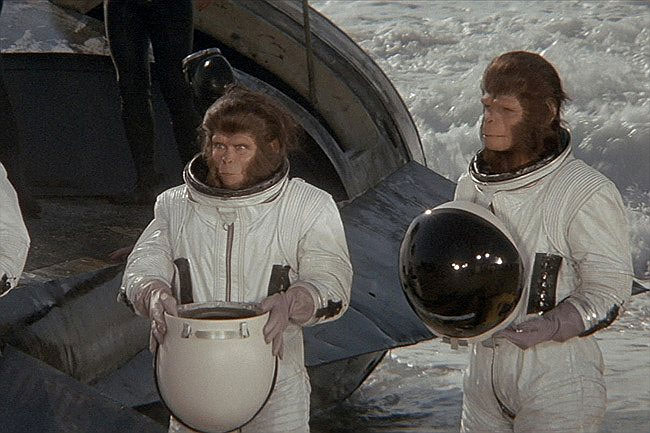 Escape from Planet of the Apes (1971). In the sequel to the sequel, three apes manage to escape in Taylor’s spacecraft after he detonates a massive bomb. These three intelligent apes, played by Roddy McDowall, Kim Hunter and Sal Mineo (in his last movie appearance) land on Earth in 1973 and become celebrities because of their power of speech. The trio is brought before the Presidential Commission, but the authorities start suspecting there may be much more to their story than they’re telling. 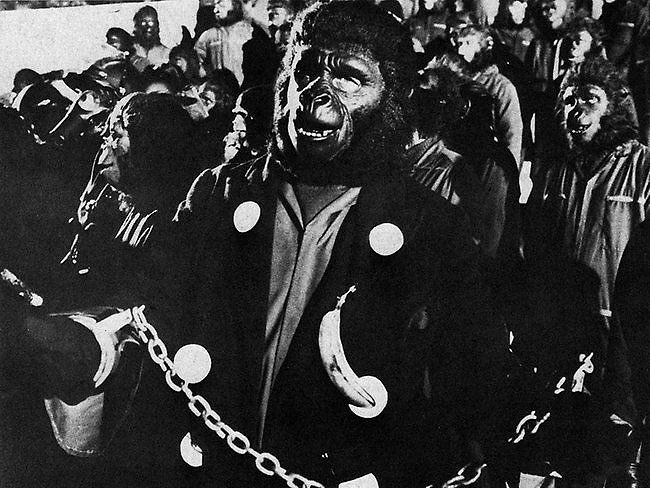 Conquest of Planet of the Apes (1972). After a disease has wiped out all the world’s cats and dogs, humans begin taking monkeys and apes as pets and they are soon trained to perform household tasks. Before long they are being used to perform slave labour. Caesar, the son of the two smart, talking apes who appear in Escape from Planet of the Apes, leads a global ape revolt against humans. The latest film, Rise of the Planet of the Apes, to be released next week, owes some of its ideas to this earlier film, including the name of the lead ape, Caesar. 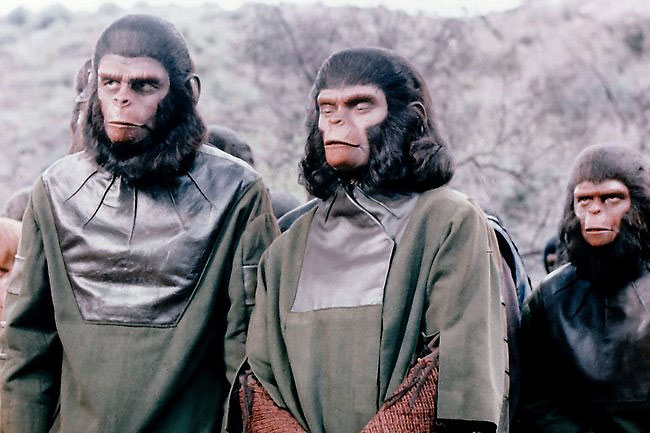 Battle for Planet of the Apes (1973). The fifth and last film in the original Planet of the Apes series, this movie picks up on the story of Caesar, the ape leader. After the ape revolution and a nuclear war, Caesar tries to broker a peace deal between the apes and the surviving radiation-scarred humans. He travels to the Forbidden City to search the human archives but an ape leader, Aldo, is plotting to overthrow him. The film ends with a narrative of humans and apes coexisting peacefully. 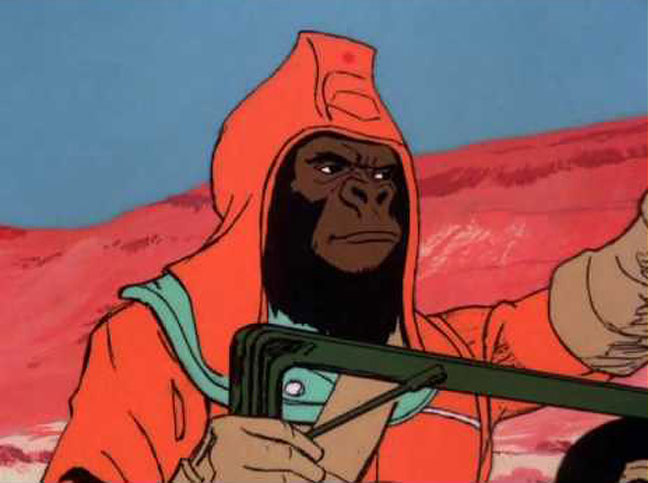 Return of Planet of the Apes animated TV show (1975). This animated TV series, like its live-action prime-time predecessor a year earlier, was short-lived. What it did, offer, however, was a more faithful retelling of Pierre Boulle’s novel, with the apes society being a technologically advanced one, complete with cars and TVs, rather than a largely pre-industrial one, as presented in the major films. 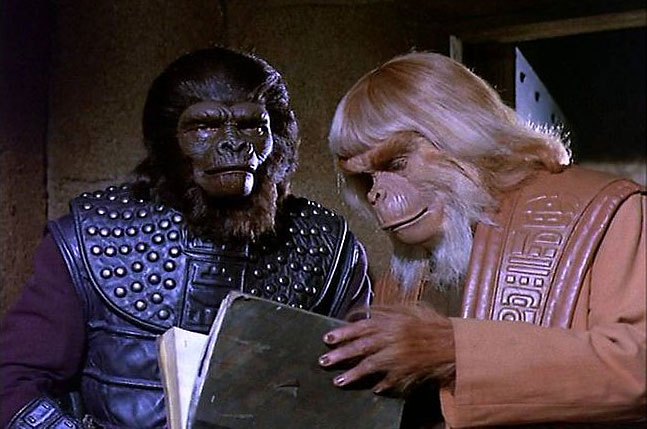 Planet of the Apes TV show (1974). This short-lived TV series only lasted three months in late 1974, axed because of woefully low ratings. A big-budget production starring Roddy McDowell from the film franchise, it more or less reprised the story of the first Planet of the Apes film, with three astronauts crashing into what seems an alien planet on their way to Alpha Centauri. 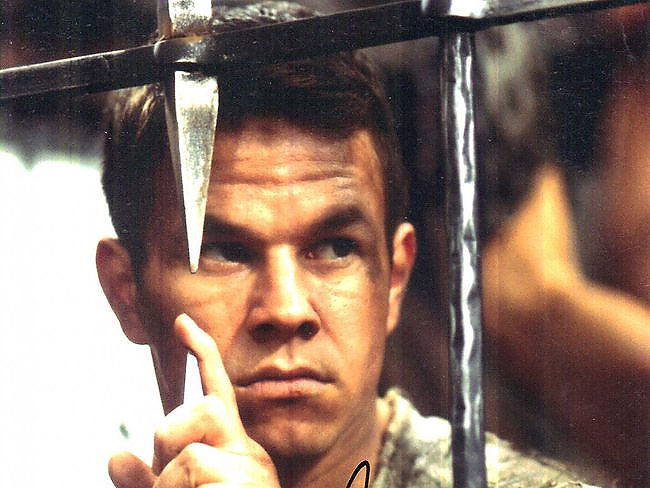 Planet of the Apes (2001). Various attempts to reboot the Apes franchise began after 1988, including discussions with Arnold Schwarzenegger to take on the role of Taylor. But it took 26 years after Return of the Planet of the Apes (1975) for the motion picture series to be reborn. This time it’s a buff astronaut called Leo Davidson (played by Mark Wahlberg) who crashes into what seems like a foreign planet inhabited by talking apes. While the film was generally greeted less than warmly by critics, it was a financial success, the 10th biggest earning film of 2001. However, it also won the Worst Remake at the 22nd Golden Raspberry Awards. 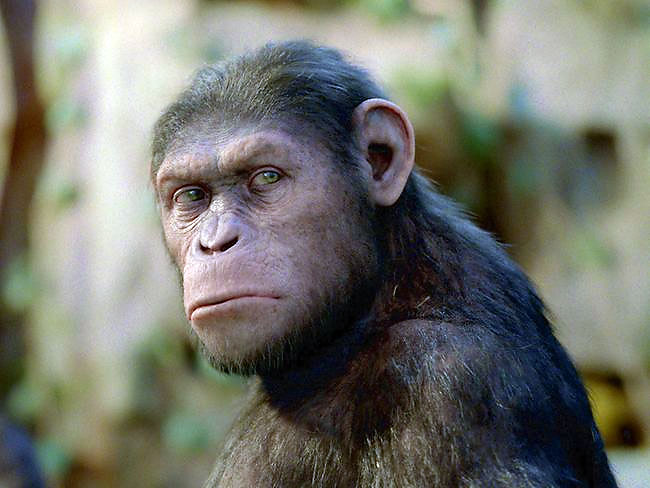 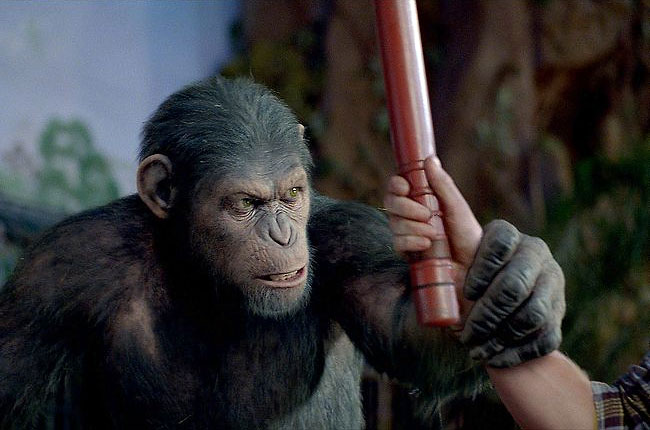 Rise of Planet of the Apes (2011). It is built around a very 21st century ethical premise: apes are being used as guinea pigs to test a new drug for Alzheimer’s. The drug creates a new breed of ape with human intelligence who rebel against their captors, who have been locking them up in zoos. 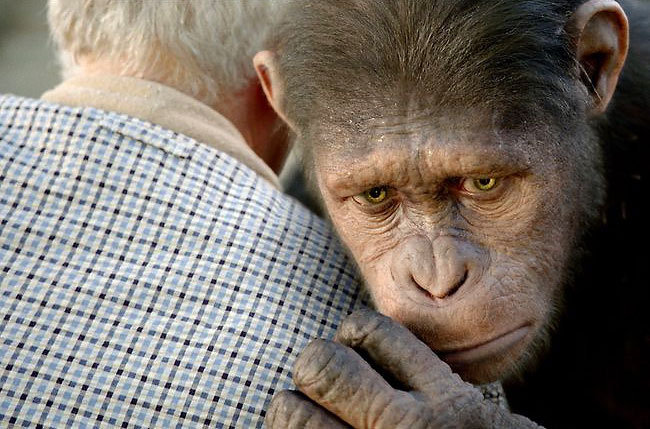 Humans Of New York: Photos Of Random Strangers In NYC By Colin Ridgway
"A Magnificent Sculptures By Nature": Otherworldly 'Earth Pyramids' Captured In The Foggy Early Morning Light By Photographer Kilian Schönberger
Street Photographer Lukasz Kazimierz Palka Perfectly Shoots Japan
DIY Protective LED Face Mask Warns To Stay Away And Responds To Voice
Texas Husband Poses Semi-Naked In A Lumber Yard For A Very Provocative Shoot - Before Presenting The Images To His Lucky Wife
"Learning To Fly": Gorgeous Vintage Photos Of Early NASA Facilities
Nano Hummingbird
Russian Literature: The Choice Of Asian Girls
Photographer Travelled The World To Document Children And The Food They Eat In A Week
Anagram Architects
This Photographer Captured The Life Of A Ping Pong Table For 5 Years
Stunning And Heartwarming Photography From The ‘Bubble Uncle’ Who Spreads Joy Around Japan
We’re No Angels, But We’re Still Wonderful
Attractive Female Portraits By Natalia Ivanova That Show How Diverse And Beautiful Humans Are
Under the Lens: Atmospheric and Conceptual Photo Works by Elle Hanley
Unexpected Coincidences On The Streets Of New York That This Russian Photographer Managed To Capture On Camera
Moody Portrait Photography By The Russian Photographer Alexander Kurnosov
Stunning Vintage Photos Of Swimming In New York’s Open Air Pools In 1930s
Winners of the Dronestagram Contest 2014
20 Amazing Photos Of A Young And Hot Axl Rose In The 1980s
Choose The People’s Choice Award For Wildlife Photographer Of The Year
"After Taking LSD": Photographer Reimagines The World With His Hallucinogenic Photography
During the Coronavirus Pandemic, Disinfector 'Robots' Were Hired at a Children's Hospital in Russia
Donyale Luna – The First Black Supermodel, Whom History Forgot
evolution, planet

Fake Beverage Packages + Pedo Beer!
Lamborghini Athon, an Amazing But Forgotten Concept Car From 1980
A Girl and Her Room
Scottish Photographer Has Been Photographing Ginger People Around The World For 7 Years, Here Are His 15 Best Pics
Photographer Captures Intimate And Unguarded Portraits Of Porn Stars
Timeless New York Street Scenes Photographs In The 1950s, Found In A Home's Attic After Nearly 50 Years
Istanbul Photo Awards 2021 Winners
Amazing Photos Of 1974 Lamborghini Bravo Concept, The Dream-Car That Never Made It Into Production
Our Small World Through The Lens Of Russian Photographer Sergey Maximishin
Fascinating Vintage Photographs That Capture Kids Finding Fun On The Streets In Postwar London Rubble
2007 ‒ 2023 by Design You Trust. Proudly hosted by WebHostingBuzz.
Privacy Policy · Terms of Service · Content Removal Policy ❤️ 🇺🇦