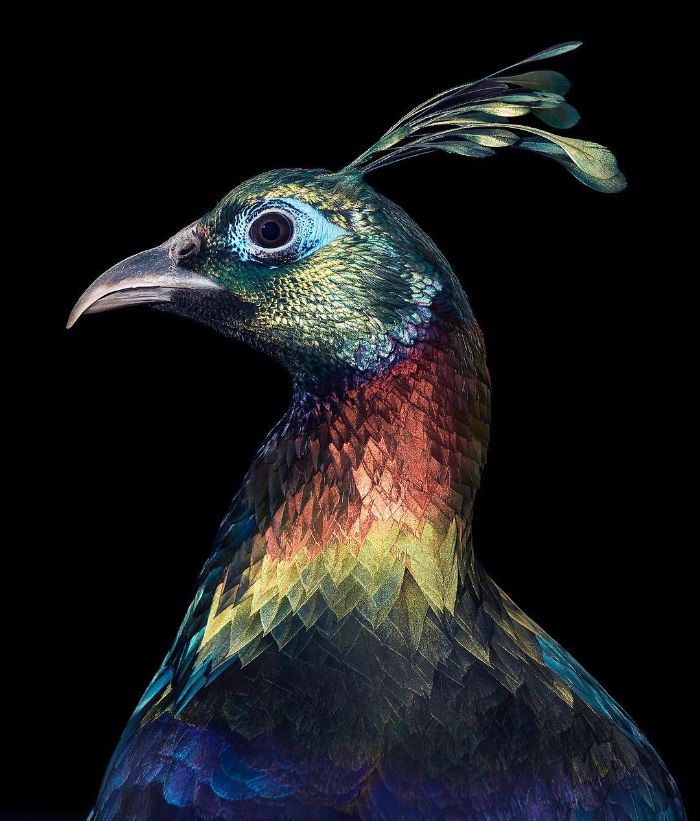 Photographer Tim Flach has three goldfish and two Burmese cats. The latter, Hunt and Blue, eagerly keep their owner company while he works, even though they would probably gladly devour some of his subjects.

Flach is known for his striking portraits, where animals are treated with the same care as any human model. The photographer has captured both wild and domesticated animals, but whether he places them against a plain background or meets them in their natural habitat, Flach always manages to highlight their unique appearance.

This time, we’re focusing on his bird photos, but if you want to learn more about his magnificent work, check out Flach’s books Endangered and More Than Human.

Blue Tit
“Blue Tits are a common sight at bird tables in the U.K. Researchers found that the British put double the food in bird feeders than our European neighbours, which they believe is contributing to some bird species developing longer beaks.” 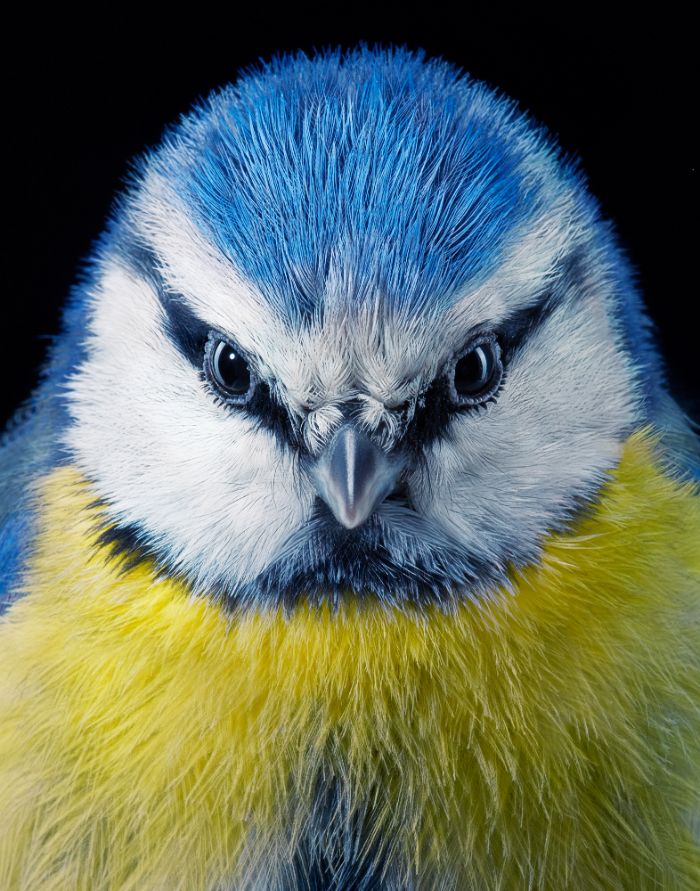 As you can imagine, working with so many models requires not only artistic but organizational skills as well. Flach spends quite a bit of time on his photoshoots. “It really depends on the kind of project I’m doing,” he told Bored Panda. “If I’m doing a commission, and say, I’m most likely to be photographing a domestic animal like a cat or dog, then I probably work through a wrangler or handler because at that point, everything needs to be confirmed with the agency and the client.”

Inca Tern
“This for me, is the Salvador Dali of the bird world. When it comes to the length of the Peruvian Inca tern’s moustache, longer is healthier. A longer moustache indicates a stronger immune system and therefore a more attractive proposition for courtship.” 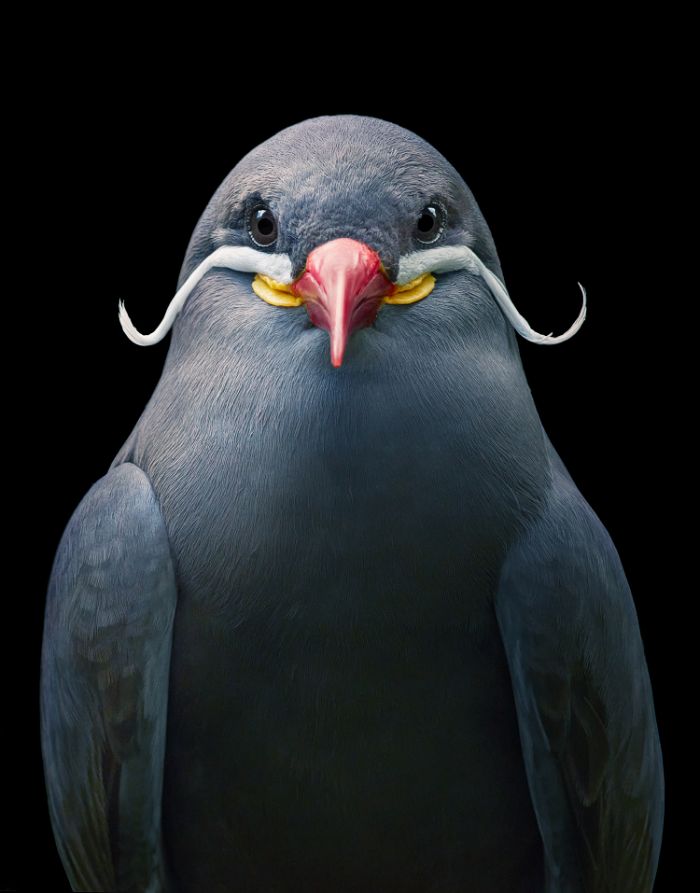 “But when I work on my own personal projects, it’s often that I’m following a concept or an idea. And that animal then is to represent that,” the photographer explained. “Then the next question is, how do I access those animals? Well, then, of course, I have to take the situation, case by case. For example, if I want to access an endangered Saiga that can only be found in some national park near the Caspian Sea in Russia, then, of course, I have to get my friend in Moscow to organize something with the national park to get some kind of permission and visa.”

The Gouldian Finch
“The Gouldian finch from Australia for me is one of the most colourful of all finches. I was fortunate to have a model on the day that permitted me to come so close, sometimes times too close, as it decided to land on my head a number of times rather than to stay on his perch.” 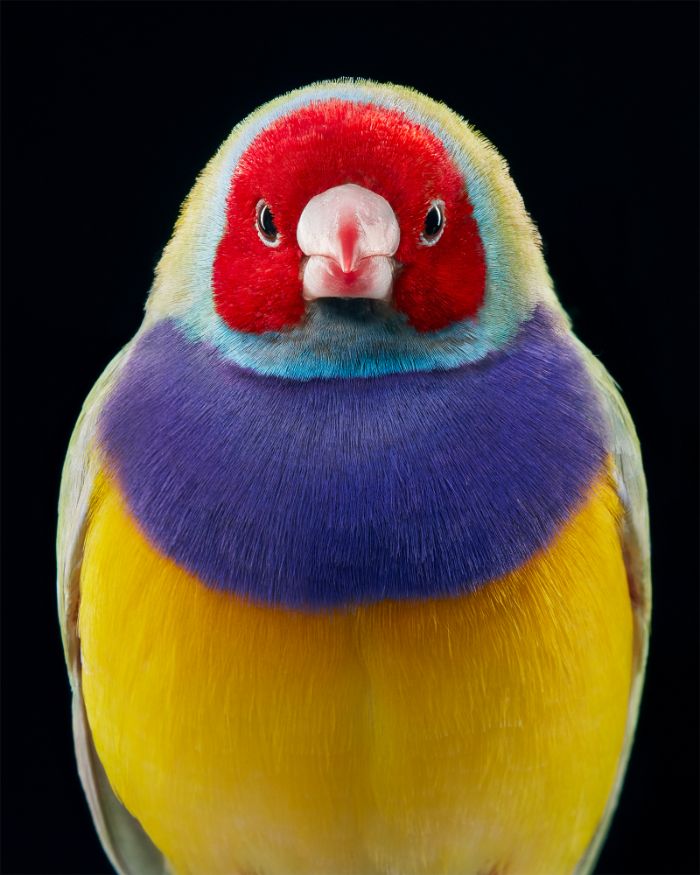 The next thing is having someone on the ground who actually knows what the behavior of those animals is. In the case of a particular project Flach is working on now, a book on birds, he has a guy who’s like a producer and is highly knowledgeable about birds, and even owns some. Then, the photographer has to develop a case by case approach as to whether those birds could be put into an aviary in the studio, whether there’s some kind of permission he has to get through a zoo, and so on. “I have to present a kind of case for why I want to get that access to them. For example, at the moment, I’m trying to get access to a very rare fossil. That fossil is unique, and I have to have a conference call with various people at the museum to convince them that it’s worth me having access to such an extraordinarily rare and important fossil.” 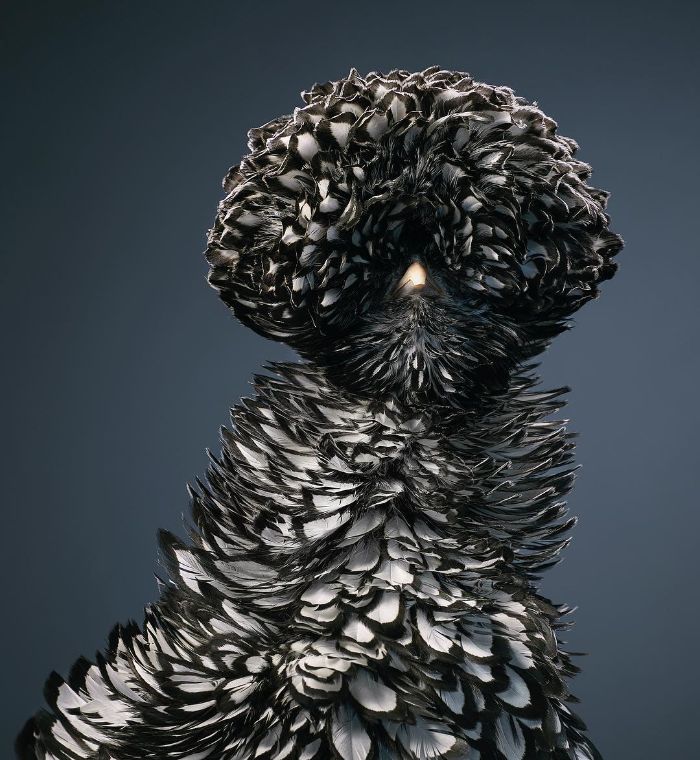 So naturally, Tim’s photoshoots are incredibly varied. “I think the one thing as a photographer is that though you can have your kind of formulas and approaches to certain problem solving, when it comes to the animals, each can have different situations whether that means diving with hammerhead sharks, or tracking down polar bears in the Arctic, or penguins as I did in the Antarctic last Christmas. That’s slightly different than my models in the studio.”

Major Mitchell
“The beautiful crest on the heads of cockatoos is one of the things that sets them apart from other parrots. However, they share the longevity of many members of the parrot family, and have a very similar life span to humans.” 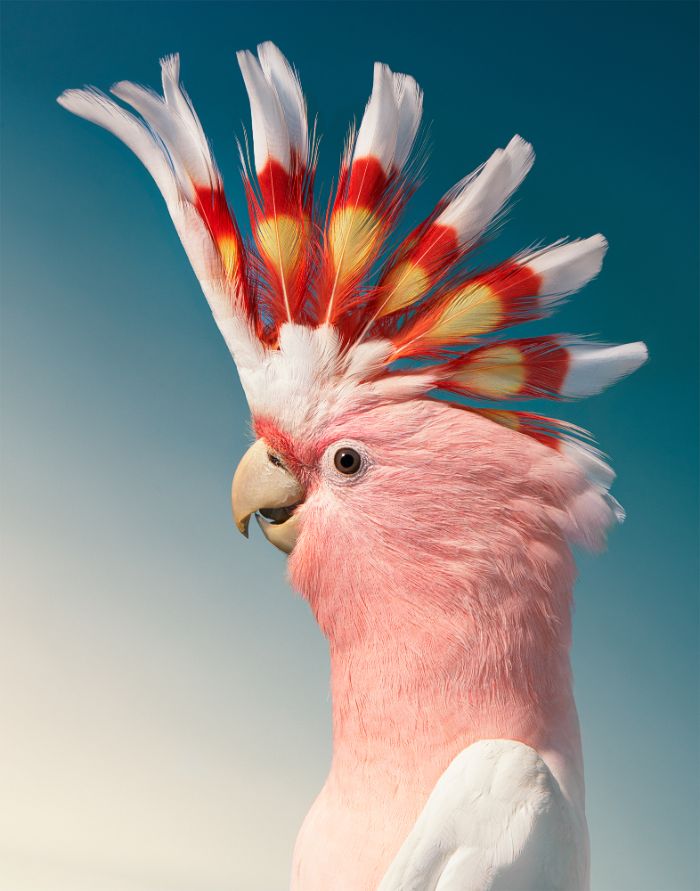 The vast majority of animals Flach photographs are untrained, including birds. “With a bird book, I might have over 100 birds, and yes, the parrots and the ones for shows, of course, they’re quite trained but for the vast majority of my animals, I’m there, literally perched behind a hideout with an 800mm lens, waiting for something just to turn in my direction.”

Northern Red Cardinal
“Northern red cardinals are adept songsters, with individuals being able to produce more than a dozen song variations. This particular cardinal had a fair bit of attitude, as though he could have flown straight out of Angry Birds.” 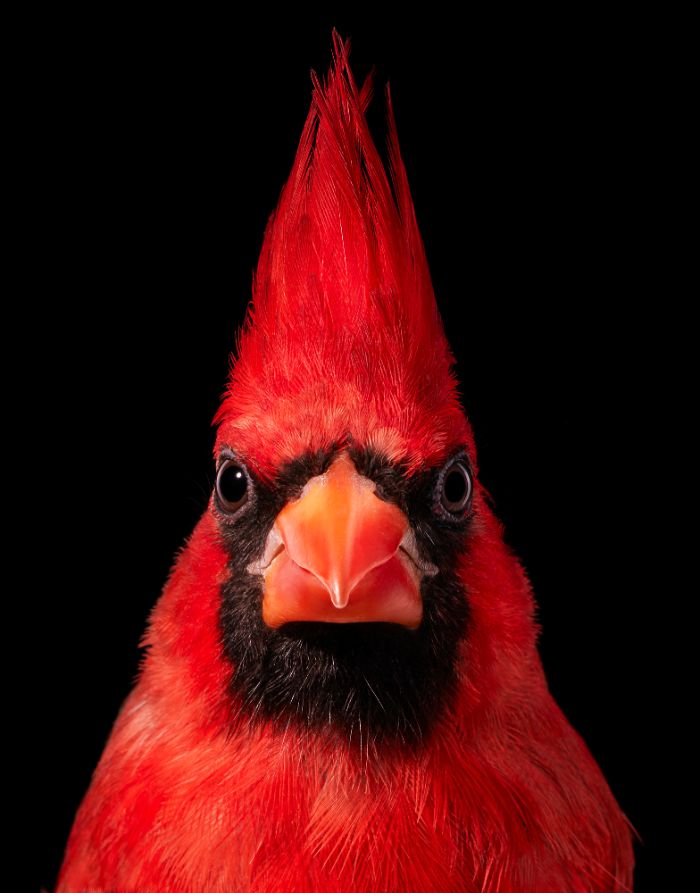 In the studio, of course, the process is quite different. The photographer has a special aviary which makes it impossible for the animal to see him. There’s even a turntable. “Often, the birds are happily perched on this and it whizzes in circles, so I can get the exact angle I want. The opportunities where I can have control and how much control can vary enormously.” 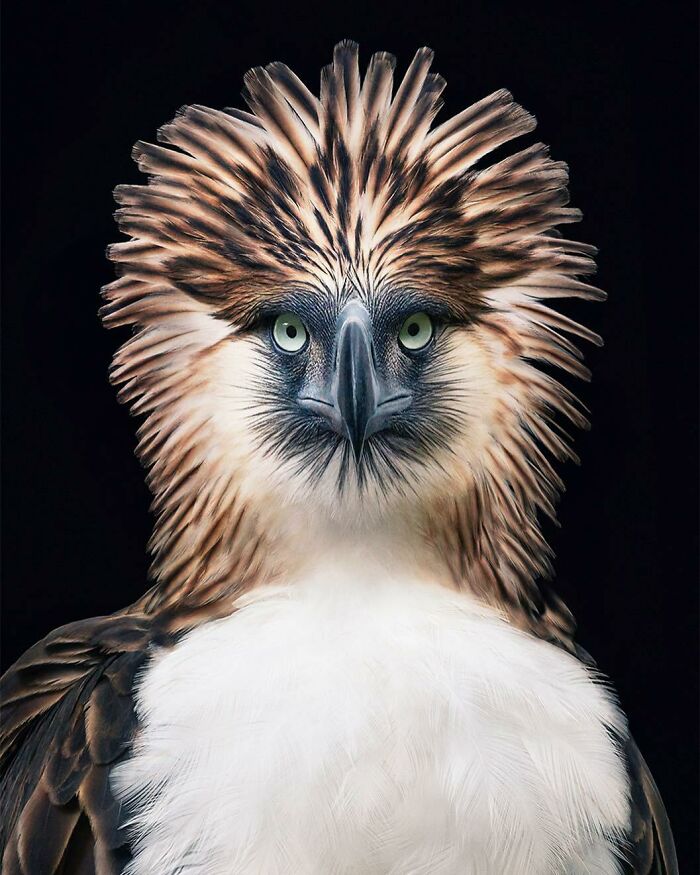 Tim says there is a sense of awe and wonderment in the uncertainty of photographing animals; you never fully know what will reveal itself in front of the lens. And that is the beauty of his work; he doesn’t force anything, instead, Tim allows his subjects to speak and gives the viewers space to make up everything else.

Jacobin Pigeon
“The Jacobins are one of the oldest domestic pigeon breeds in the world, originating from India. Their arrival in Europe during the 16th Century is what sparked their evolution into the fashionable exhibition birds we see today.” 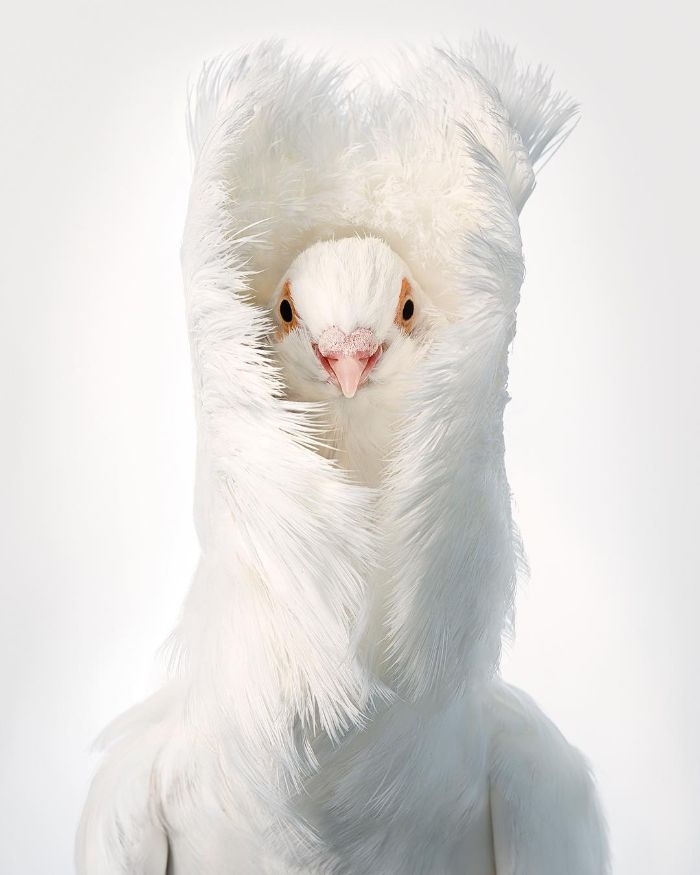 Longtail Broadbill
“This long-tailed broadbill can be found from the Himalayas to South East Asia. He reminds me of a fighter pilot – but a lot of you seem to think he looks like Elvis – with his helmet-like black cap and sleek blue patch on their crown.” 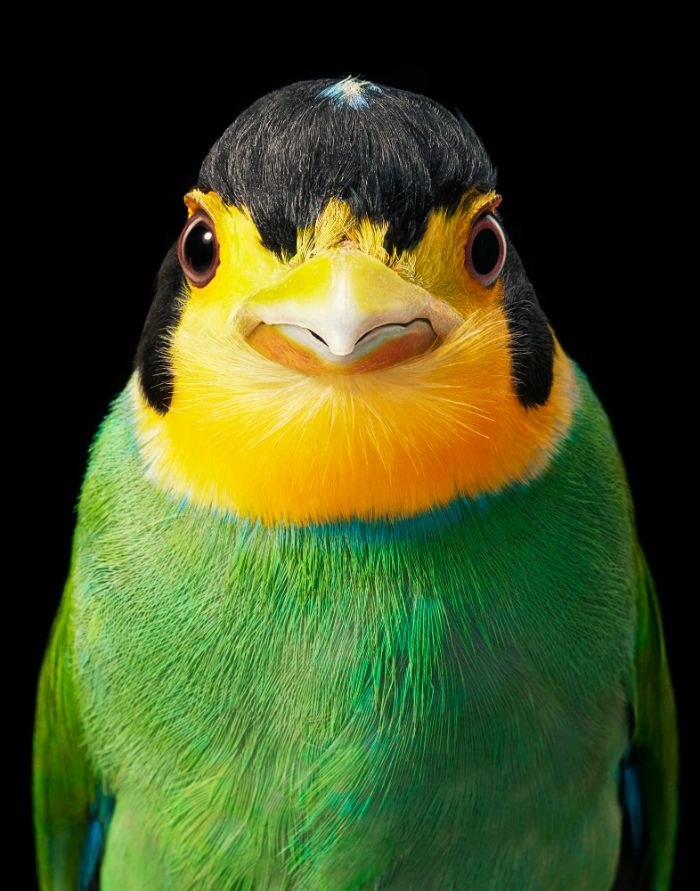 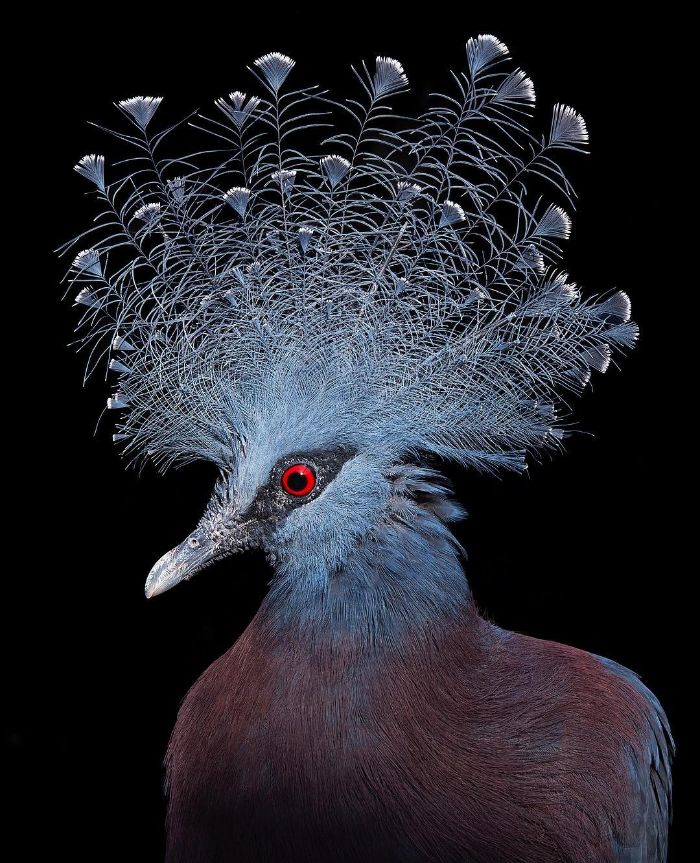 Black Jacobin Pigeon
“The Jacobin received its European name because it’s hood of feathers resembles the garments worn by the Jacobin order of monks. For others it resembles a lady in feathery clothing.” 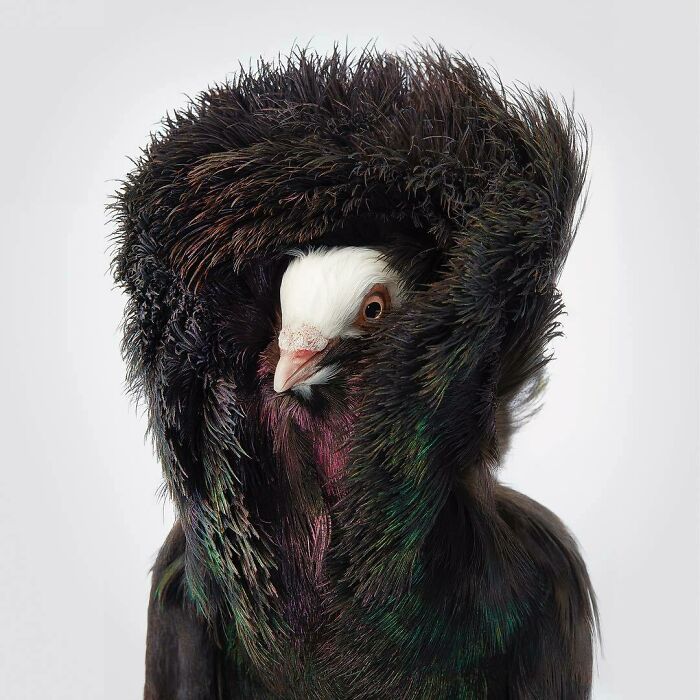 The Toco Toucan
“The Toco Toucan’s bill is the largest relative to body size of any bird and it can be used to regulate heat distribution similar to elephants ears. While sleeping, heat loss can be reduced by placing their bill under their wing.” 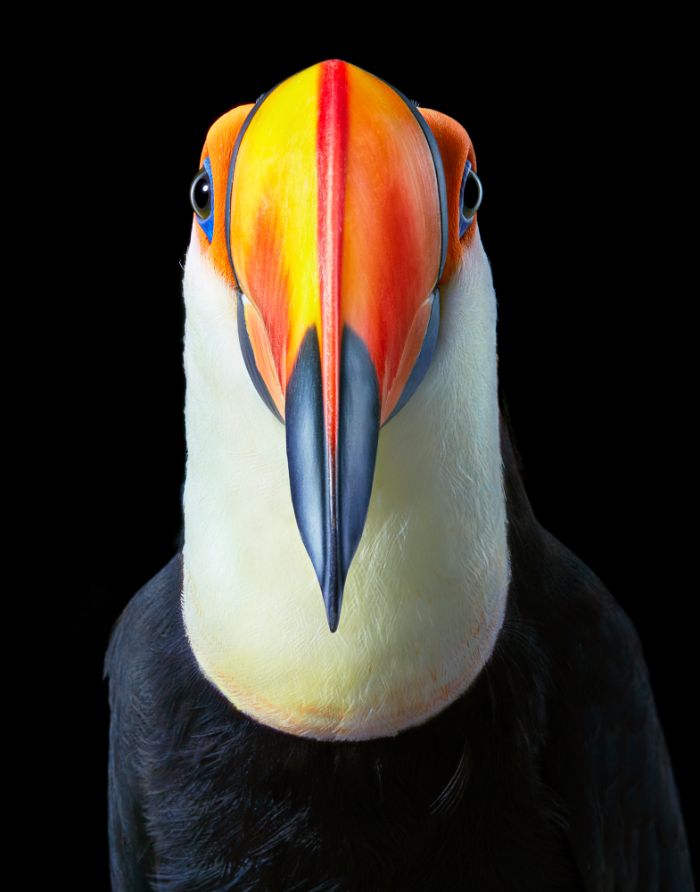 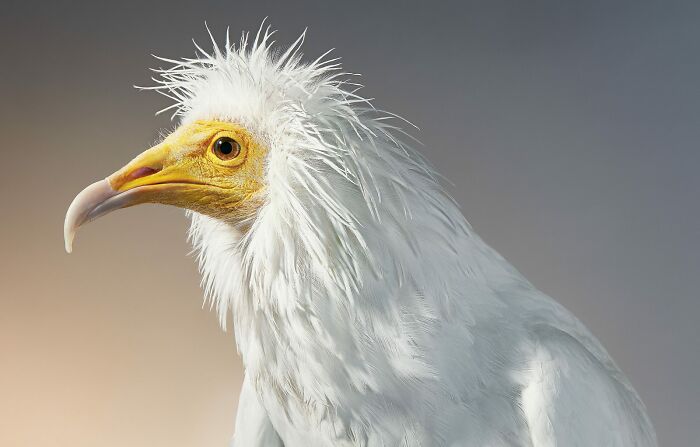 Red Splash Jacobin Pigeon
“The Jacobin’s probably the most regal pigeon, having been kept by the likes of Charles Darwin and Queen Victoria. It gets its name because of the hood of feathers enveloping it’s head.” 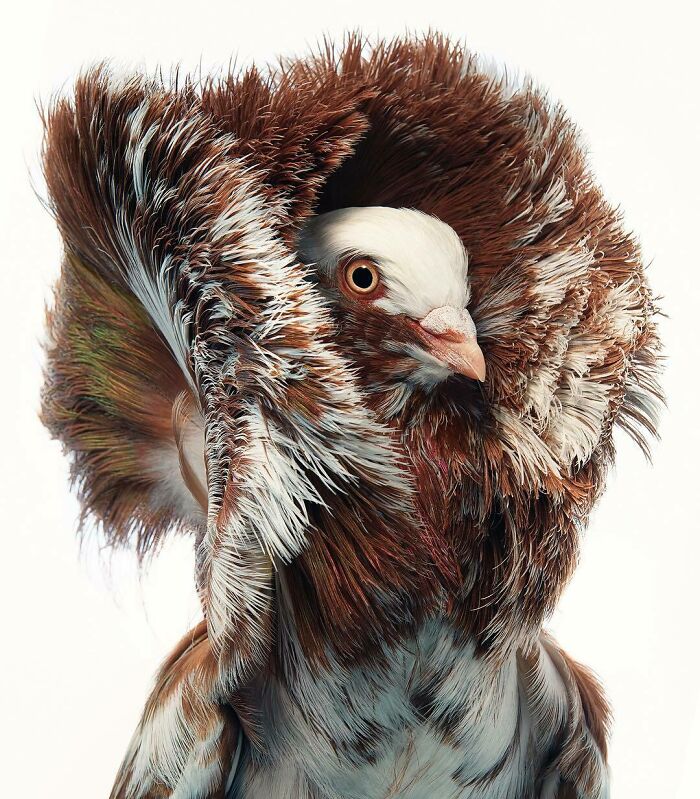 Andean Cock Of The Rock
“During breeding male Cock-of-the-rock take part in “confrontation displays” which is rather like a dance battle with other males which gets more and more frenzied as the female approaches.”

The Grey Crowned Crane
“The Grey Crowned Crane, from Southern and Eastern Africa, has a reputation for being rather short tempered and can potentially take ones eye out with a single peck. When he started pecking at my camera and seemed intent to start on me, I didn’t hang around!” 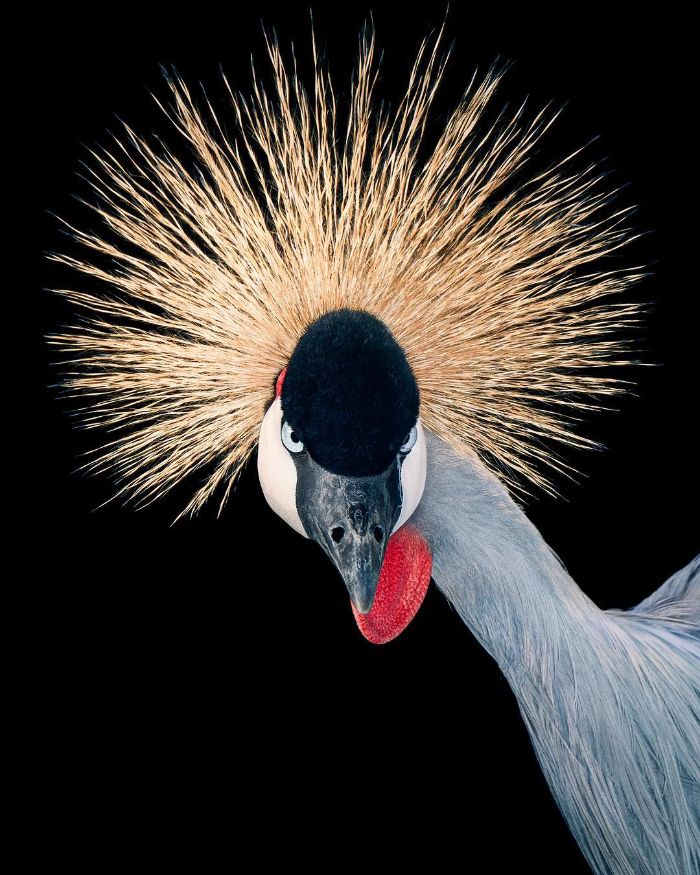 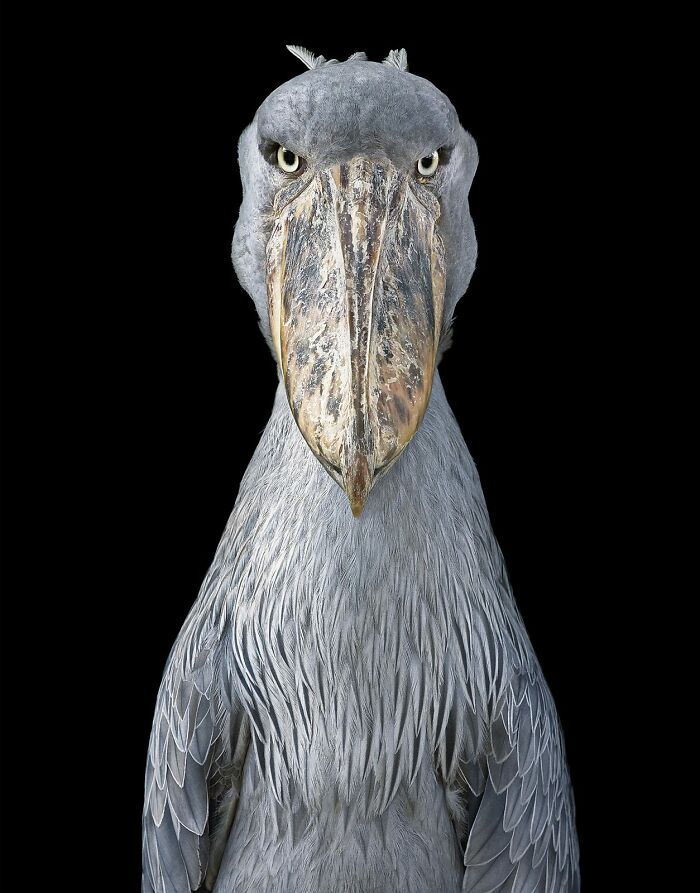 The King Vulture
“The Mayans once believed that the King vulture was the messenger between gods and people. Contrary to the common association between vultures and deserts, the King vulture inhabits the dense forests found in South America up to Mexico!” 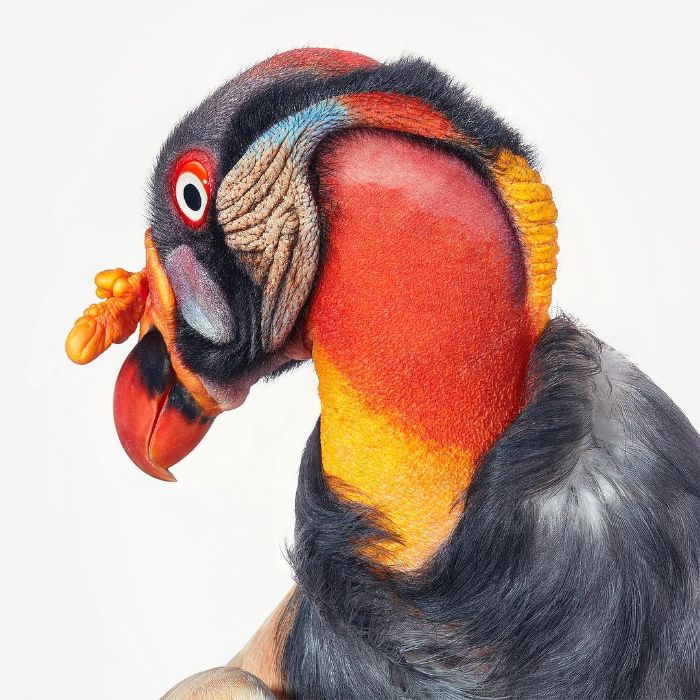 Vultrurine Guineafowl Hen
“Vultrurine Guineafowl hens can lay up to 40 eggs per season – this might be one of the reasons that this bird is not a threatened species! They are found in the bushy half-deserts of Eastern Africa and spend most of their time running rather than flying.” 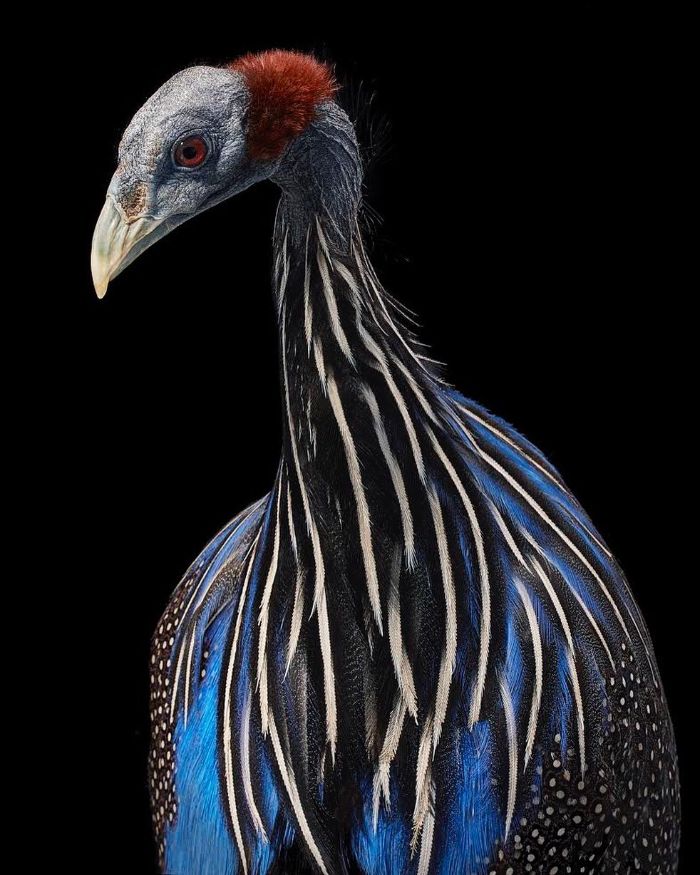 The Nicobar Pigeon
“The Nicobar Pigeon is the closest living relative to the Dodo. They are a threatened species hunted for food and their gizzard stones are extracted for jewellery. They are a nomadic species moving from places like the Nicobar islands in India to other coastal regions in Southeast Asia.” 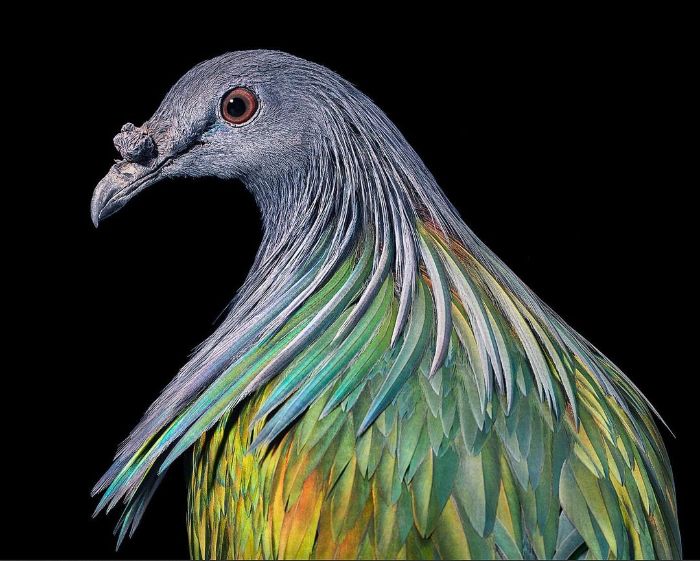 Bearded Tit
“Bearded tits are the only British songbird to stay and breed in reed beds all year round. There are less than 600 breeding pairs of bearded tits found in Britain, most likely because they are limited by habitat, building their nests low down in the reeds. A group of bearded tits is called a ‘banditry’.” 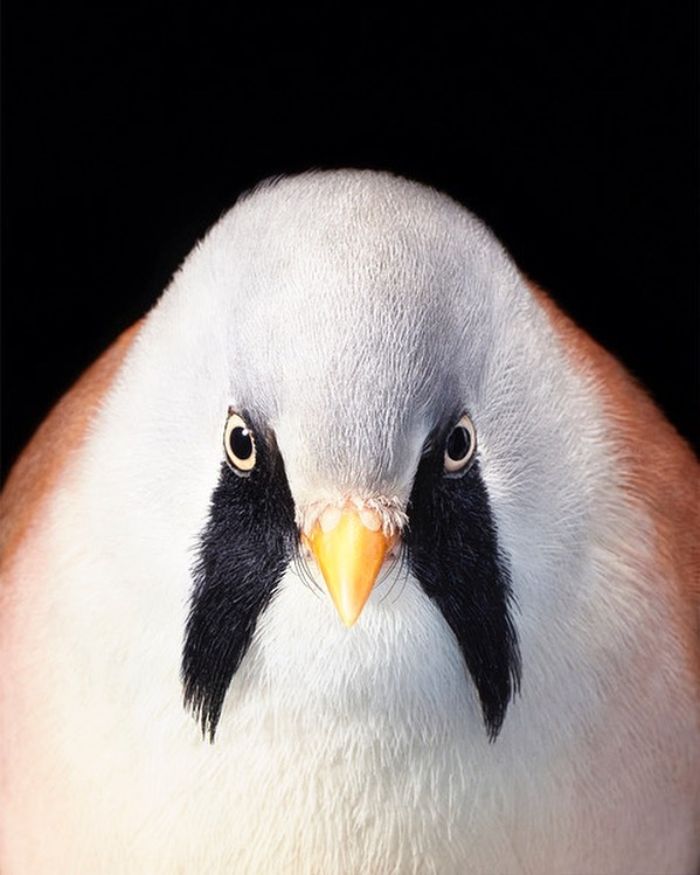 Crested Miniature Duck
“This domestic duck is a Crested Miniature. Comb-like structures around the edge of their beak allow them to strain through the mud for food such as insects.” 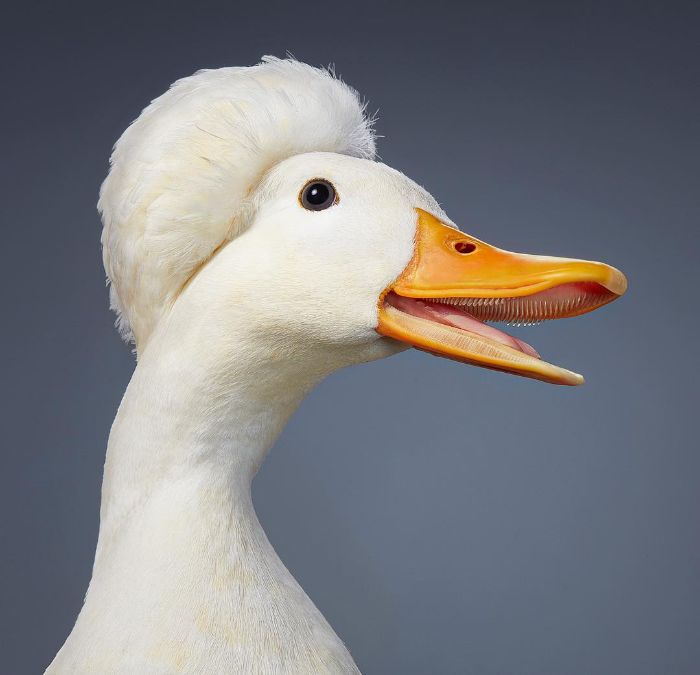 Silver-Laced Rooster
“This Silver-Laced rooster has come to symbolise, in Polish literature and art, a country gentleman from medieval Poland. I took this photograph at the Federation Championship Poultry Show last week.” 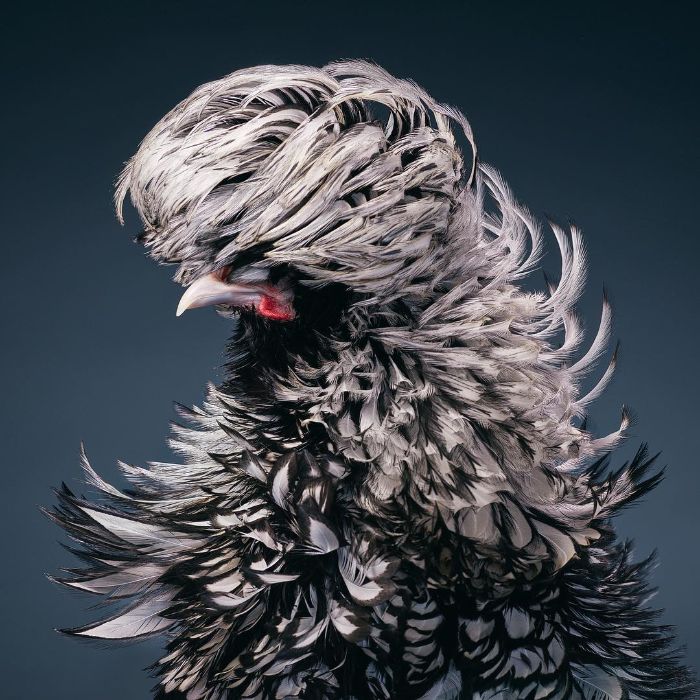 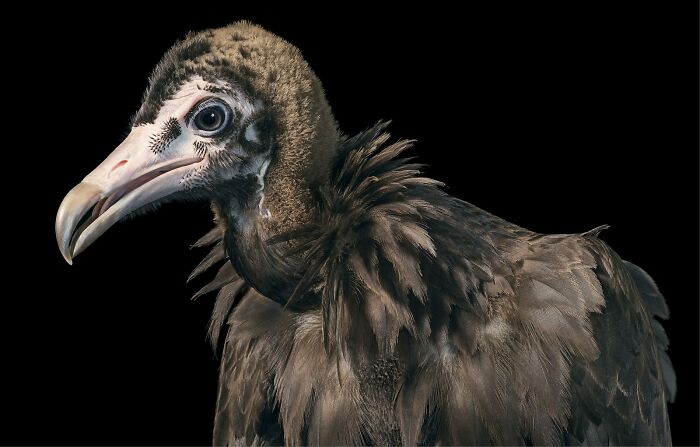 Japanese Photographer Captures Beautiful Dreamy Landscapes of Kamakura in Infrared
These Awkward Mid-Century Amateur Modelling Photos
My 365-Day Project Lets Me Explore Photographic Opportunities
This Photographer Restores “Unrestorable” Photos, And The Results Are Amazing
A Lot of Penguins
Dutch Impressionist Painter George Hendrik Breitner Took His Camera Onto The Streets Of Amsterdam In The 1890s
A Former Janitor Collects And Photographs The Items Seized From Immigrants And Thrown Away By U.S. Customs And Border Patrol
Brazil Through The Lens Of David Alan Harvey
2018 Nat Geo Travel Photographer Of The Year Contest: People
Stylish New Yorkers Pose For Portraits With Their Bikes
2007 ‒ 2022 by Design You Trust. Proudly hosted by WebHostingBuzz.
Privacy Policy · Terms of Service · Content Removal Policy ❤️ 🇺🇦