Huge Cat Etched Into Peruvian Hillside Believed to Be Over 2,000 Years Old 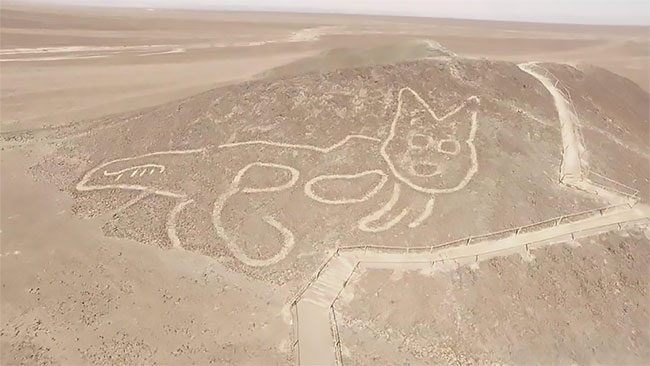 Archaeologists recently discovered a giant cat ‘geoglpyh’ etched into a hillside in Peru and experts say it dates back to 200 B.C. to 100 B.C.

The giant cat stretches roughly 40 yards (36.5 meters) and was found at the historic Nazca Lines, an UNESCO World Heritage Site. The Nazca Lines are a group of very large geoglyphs made in the soil of the Nazca Desert in southern Peru. They were created between 500 BCE and 500 CE by people making depressions or shallow incisions in the desert floor, removing pebbles and leaving differently coloured dirt exposed. 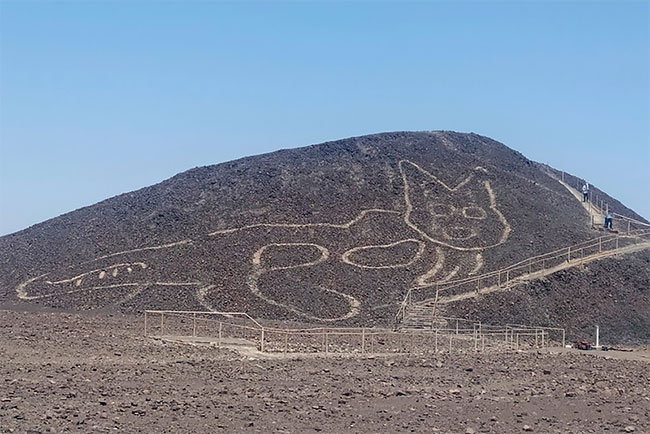 The designs were believed to have been created when ancient Peruvians scraped off a dark and rocky layer of earth, which contrasts with lighter-colored sand underneath. Researchers believe that the figures once served as travel markers. Drone photography has led to several discoveries in recent years. In 2019, researchers from Japan, aided by satellite photography and three-dimensional imaging, unearthed more than 140 new geoglyphs at the site. – The New York Times. 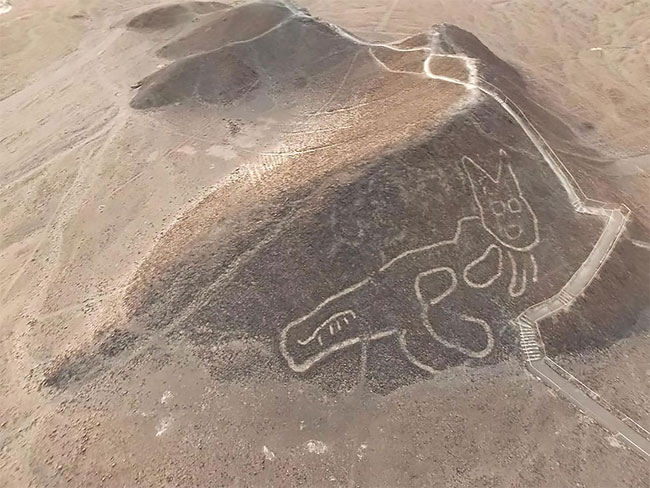 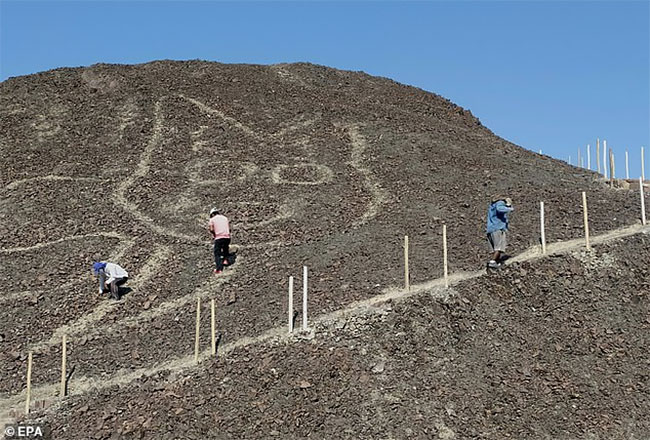 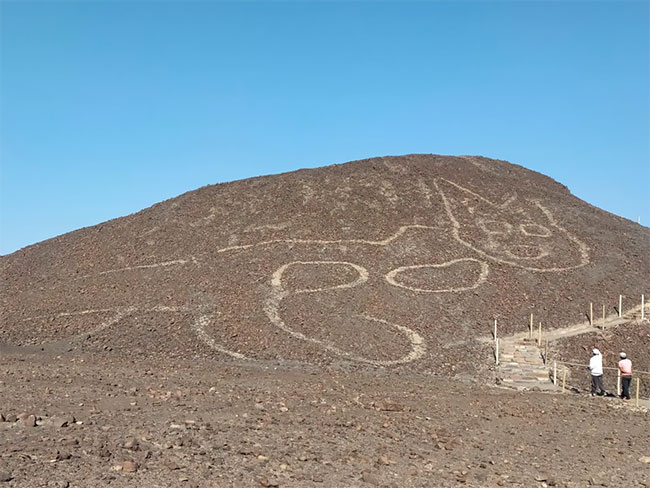 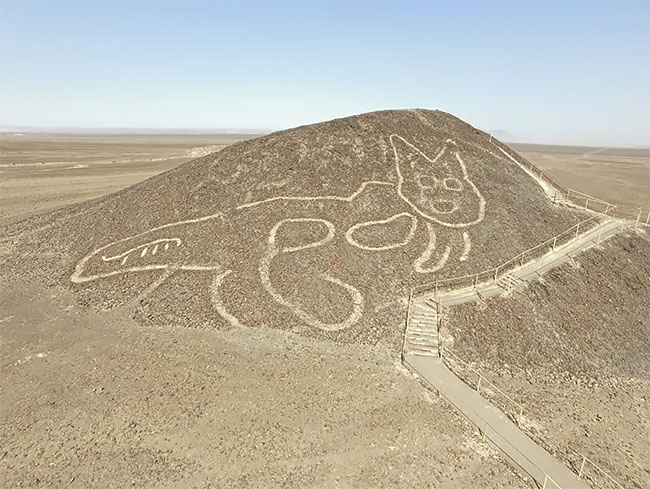 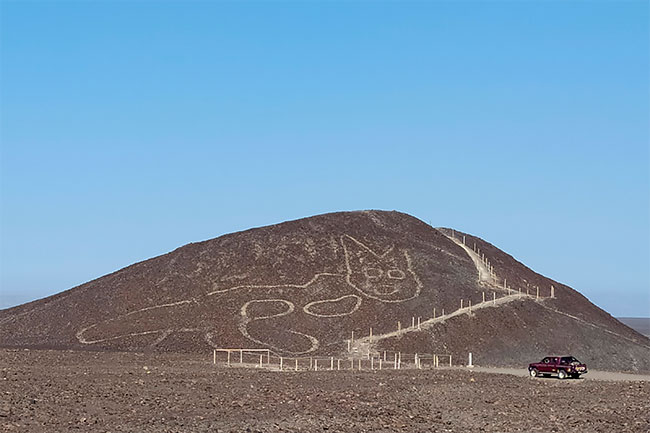