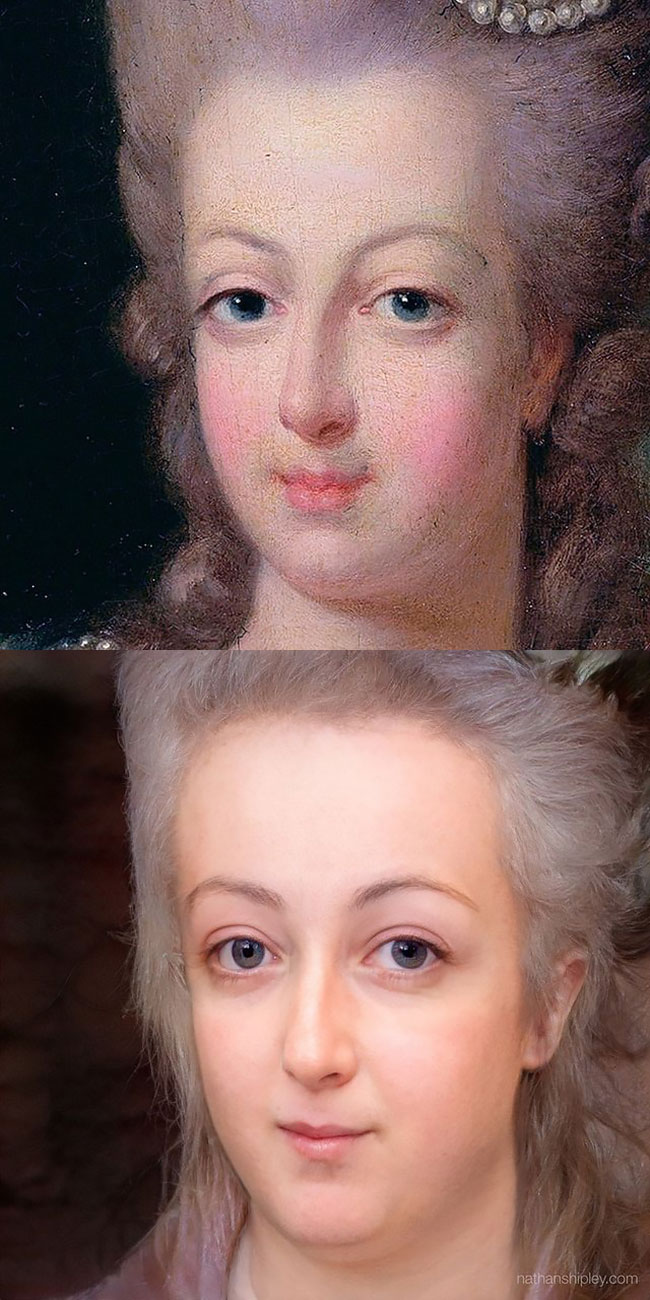 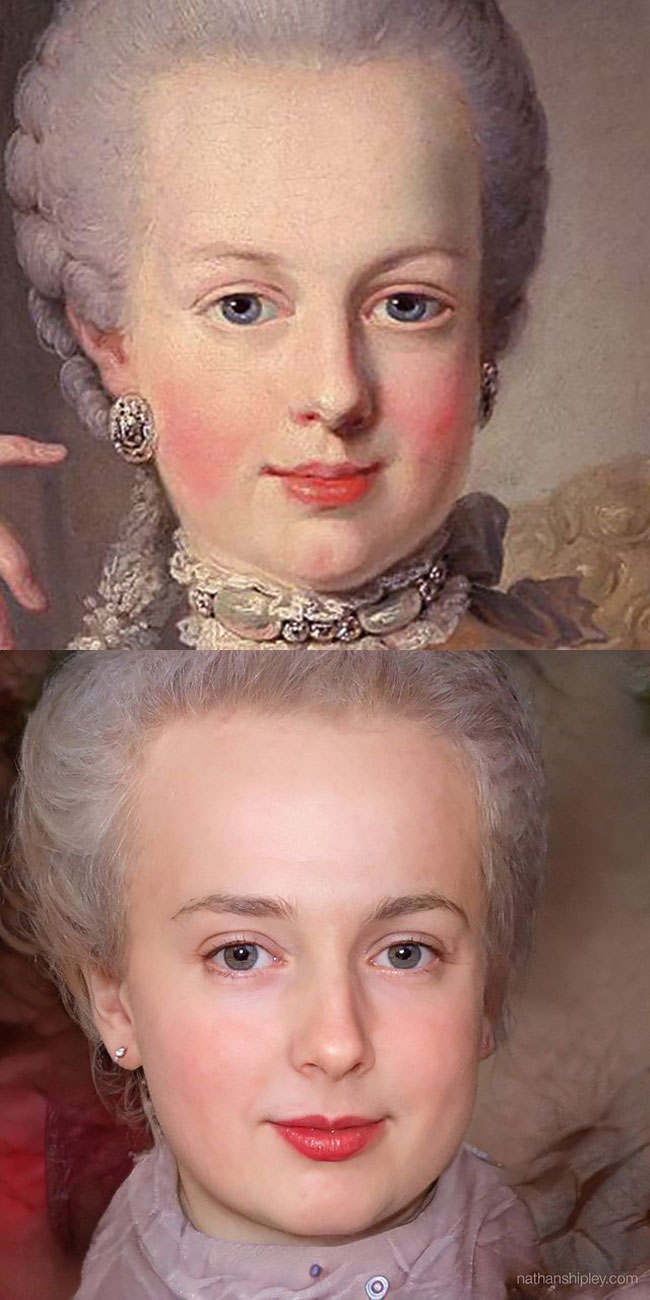 In a recent interview with Bored Panda, the artist said he loves to create impossible images and explore new technology. Nathan has a background in animation and visual effects and once he saw the possibilities that AI and machine learning tools open up, he realized that there are many things that could be done using them that would otherwise be impossible. “Even some things that may be technically possible with VFX and CG could still be very time-consuming or expensive, whereas AI enables entirely new possibilities,” said the artist. 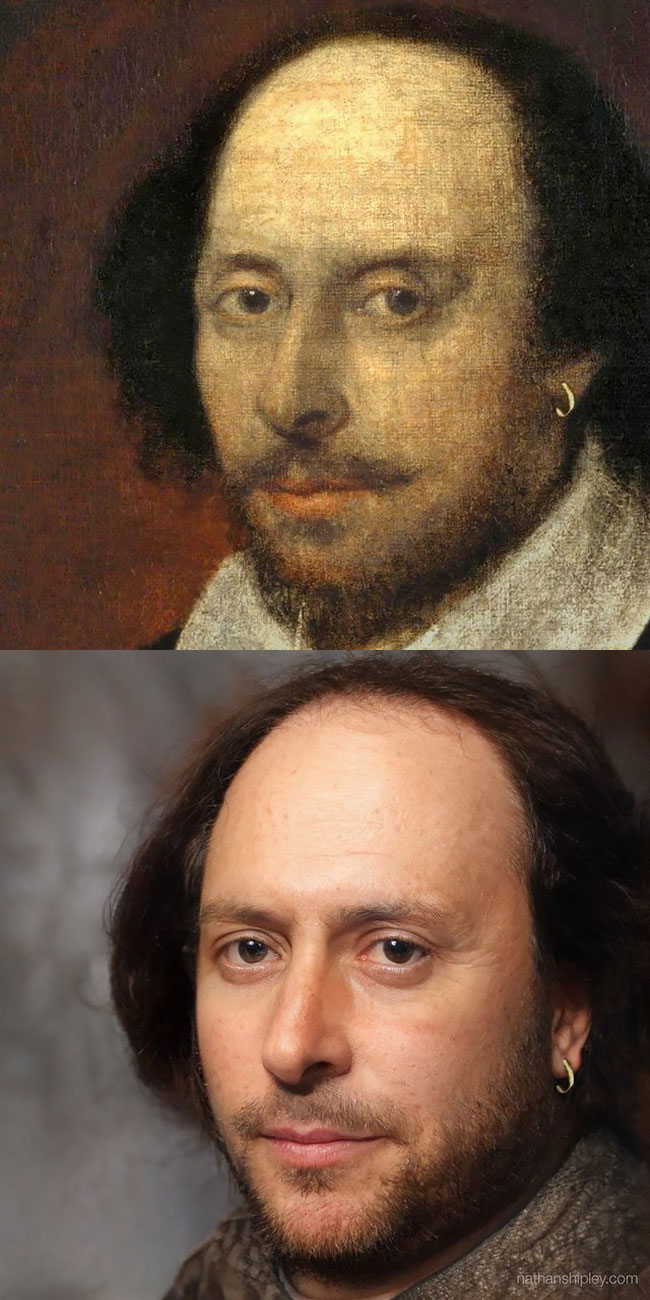 Nathan says it’s fascinating to explore how an AI model built on a particular dataset with a particular framework can ‘see’ the world and then transform images.

“The AI ‘knows’ only what it has already seen and filters the world through this lens. Each little tweak to the dataset, the training parameters, the model, and the input imagery all have the possibility to change the output,” explained the artist. “This is a space to explore how artificial neural networks interpret the world in a way that can be similar to our own minds. I’m not saying that an image I created is what Mona Lisa actually looked like, but it is how the machine sees her based on this particular arrangement of variables. That, to me, is fascinating.” 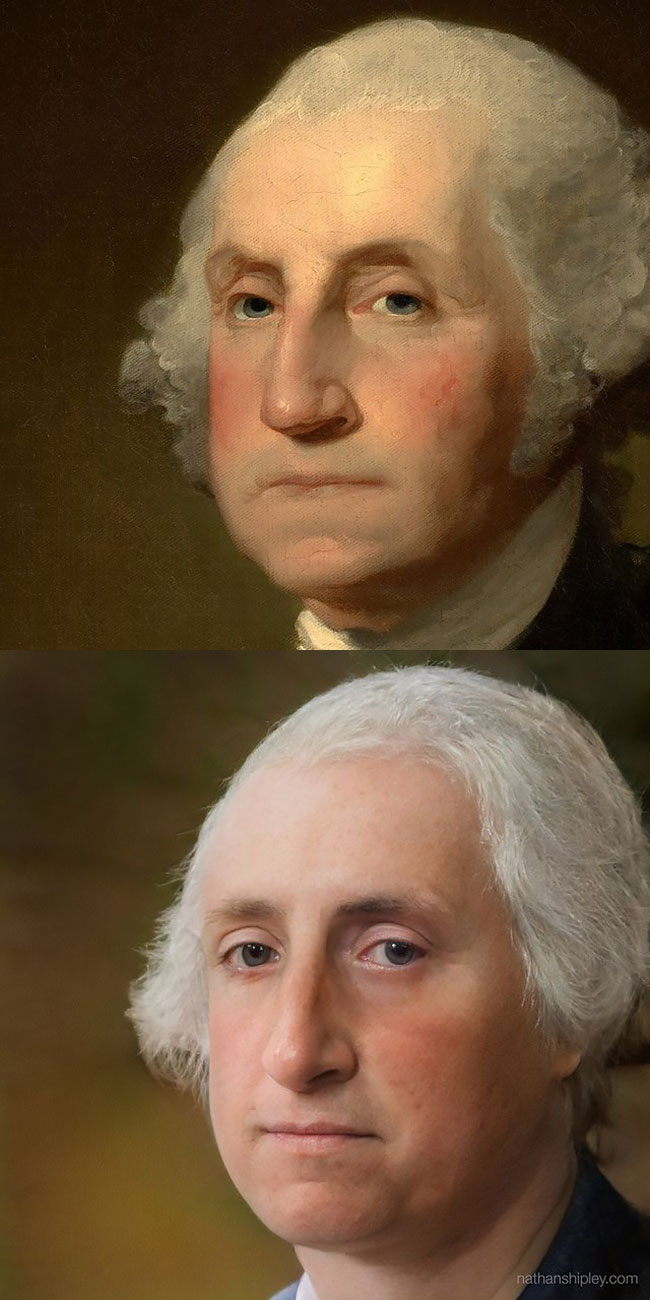 The artist says he always loved to draw, take photos and paint. He has also been around computers since he was in elementary school and says that the combination of traditional art and technology has been a natural step for him, which led to his career in VFX and animation.

“My current interest in exploring face manipulation and generative art using AI and machine learning started with a project for the Salvador Dali museum called Dali Lives in 2018. I used early deepfake code to bring Dali back to the museum to talk to visitors about his art,” said Nathan. “From here, I moved into working with GANs and realized how powerful neural networks can be for image processing and generation! For me, creating art is both an expression of curiosity and an act of exploration through process.” 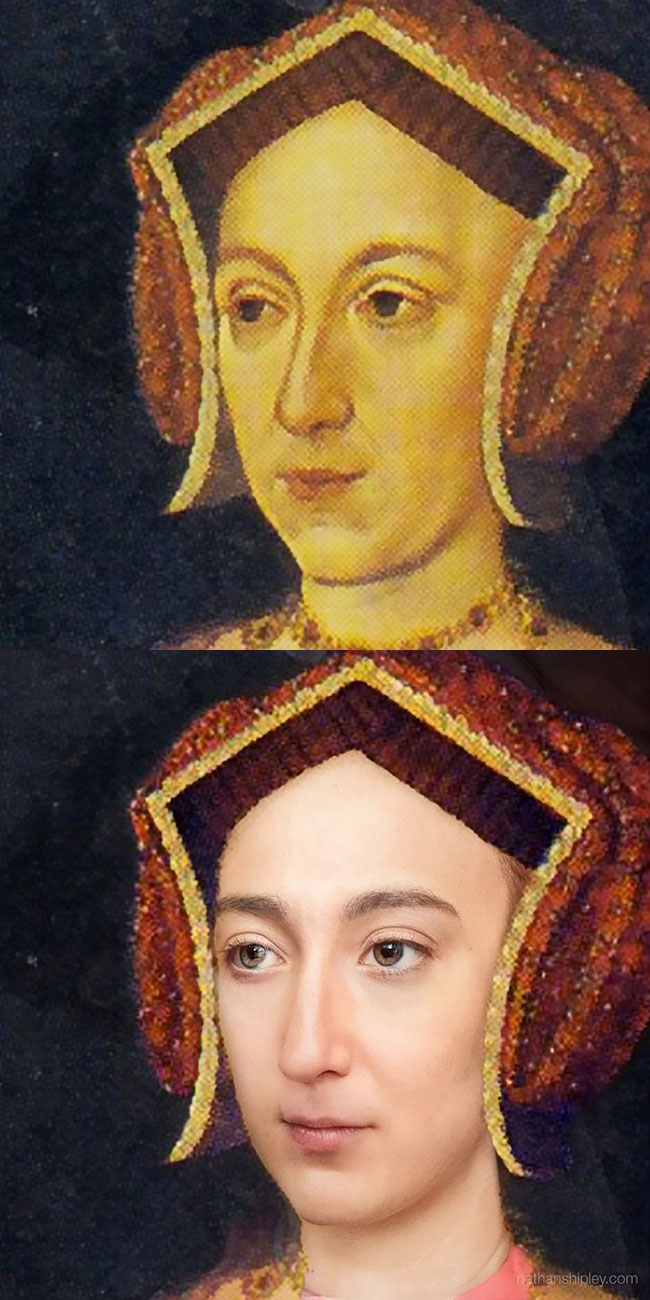 Nathan says his favorite part about creating art is the process of making it and the journey that goes with it. “It’s great to see a finished image, but it’s even more exciting to try new code, use code in ways it wasn’t meant to be, combine different tools together, and create entirely new art through new processes,” says the artist. He also adds that creating the images is a very “iterative and explorative” process.

Queen Elizabeth I at around 62 years-old 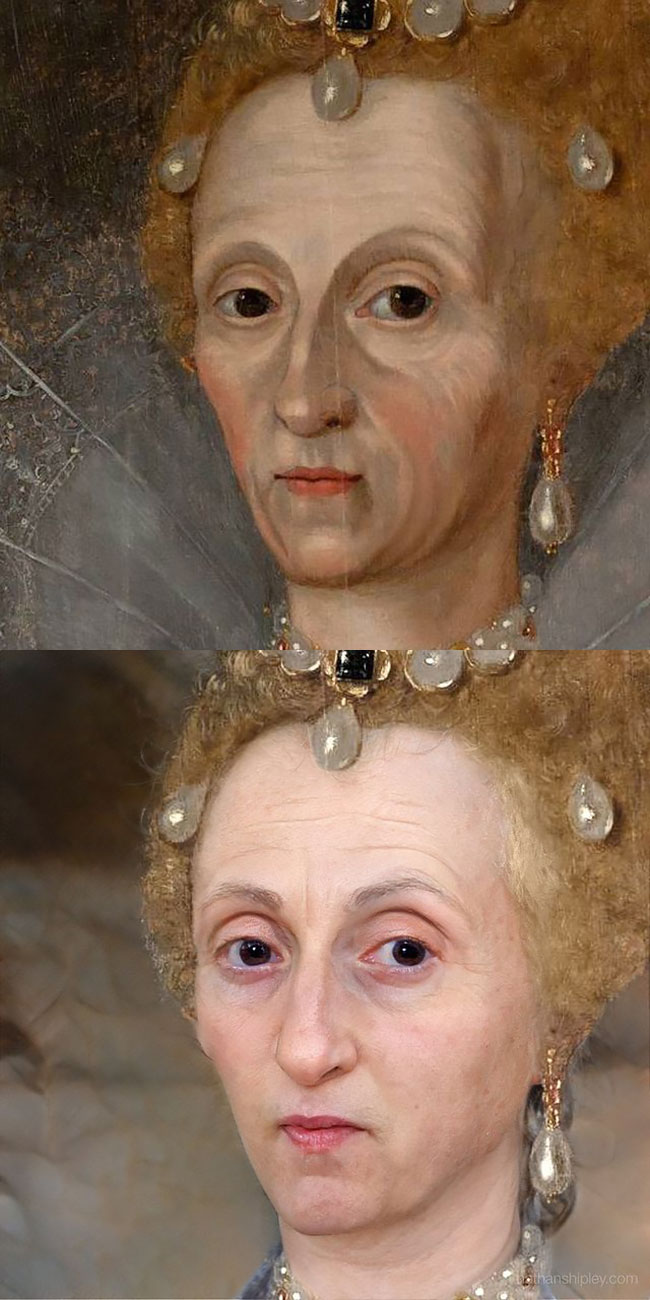 Even though the images only take minutes to create, it took Nathan a long time to learn everything. “All of the learning and background I needed to get to this point has been a couple years of exploration and trial and error. I even attended a conference at MIT called GANocracy back in 2019,” explained the artist. “I’ve built an art player, for example, that can generate completely new, never-ending, totally novel art in real time. Frames are made on the fly! However, training the model and writing the code for the player was weeks of work and processing time.” 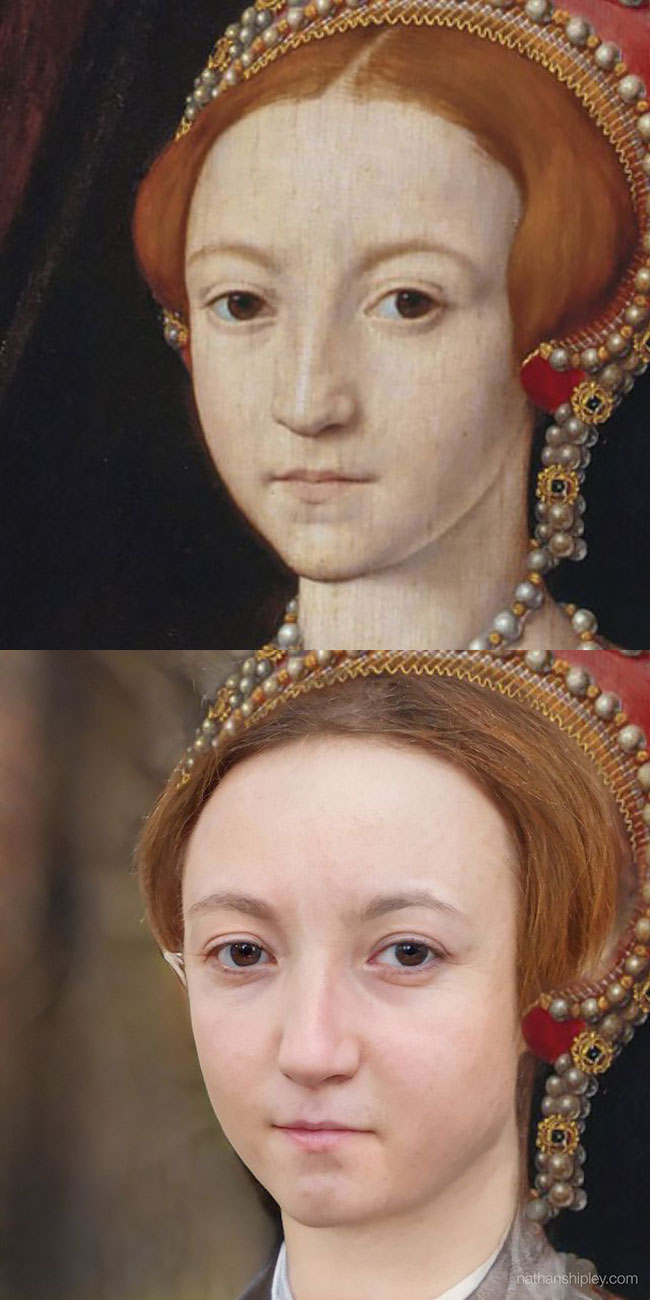 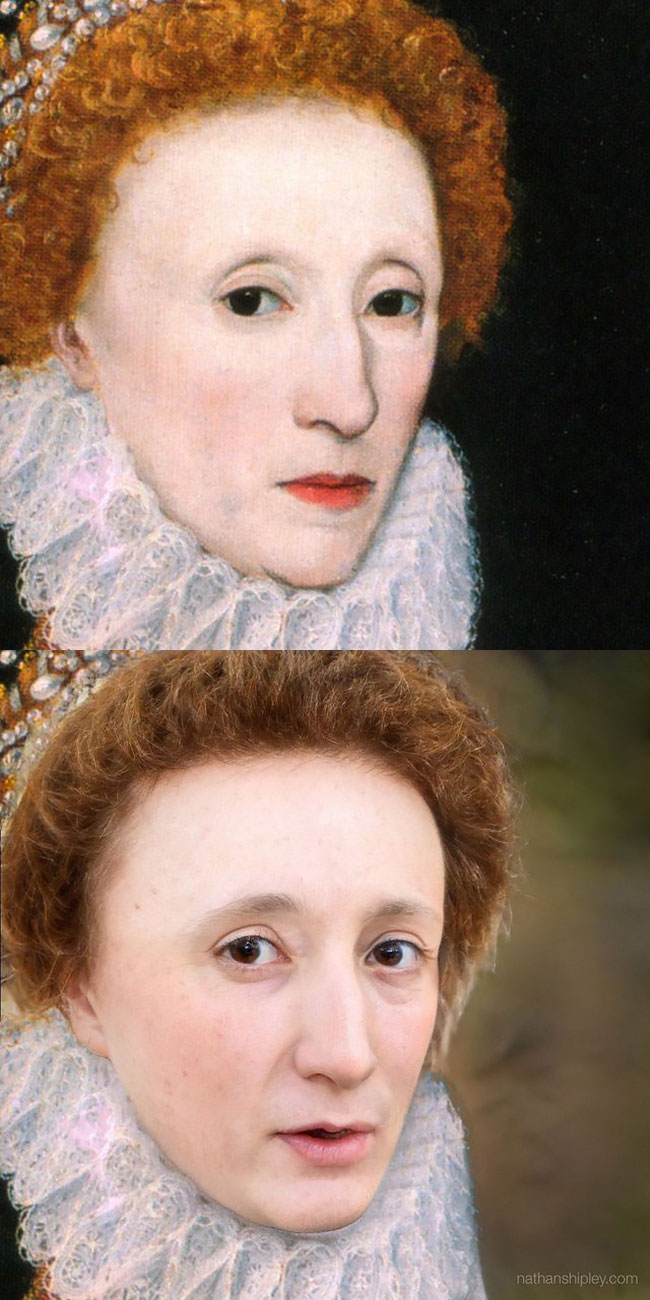 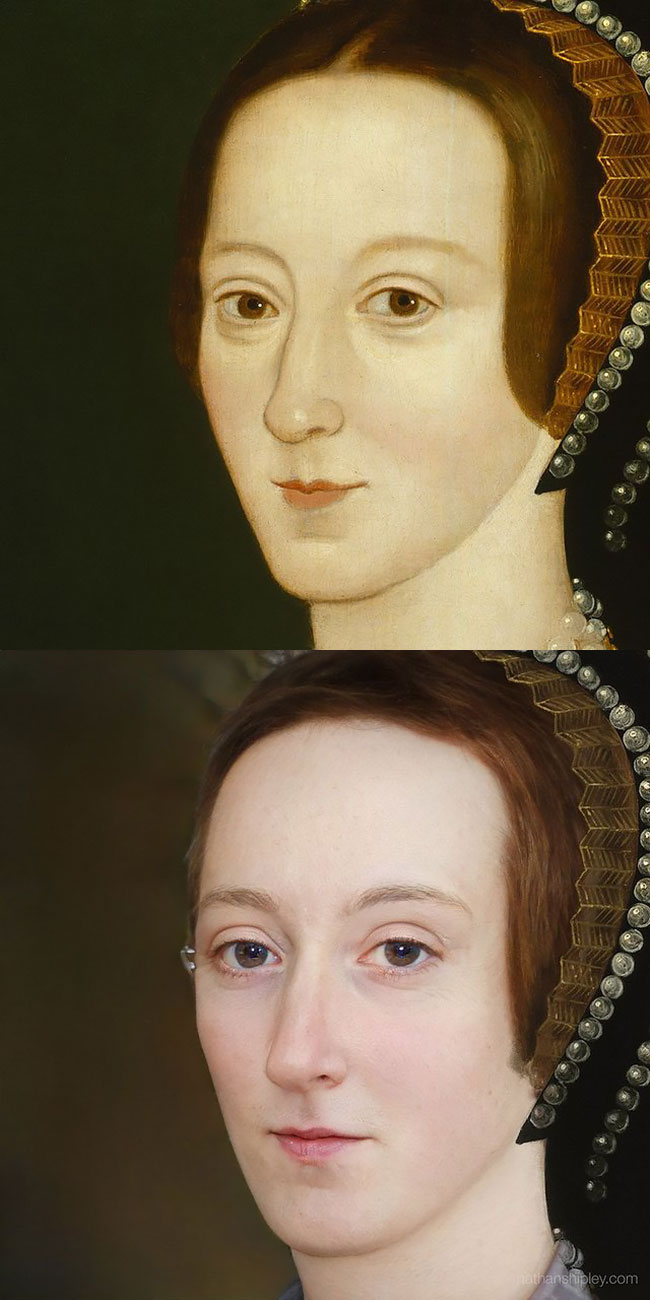 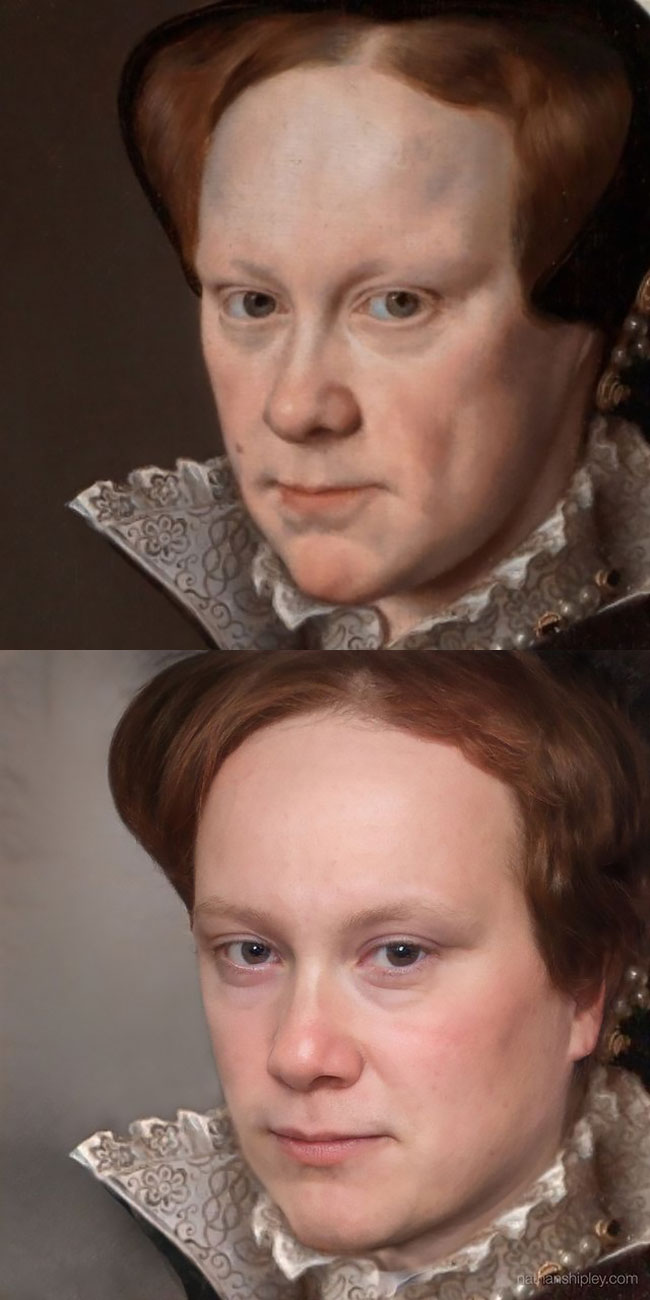 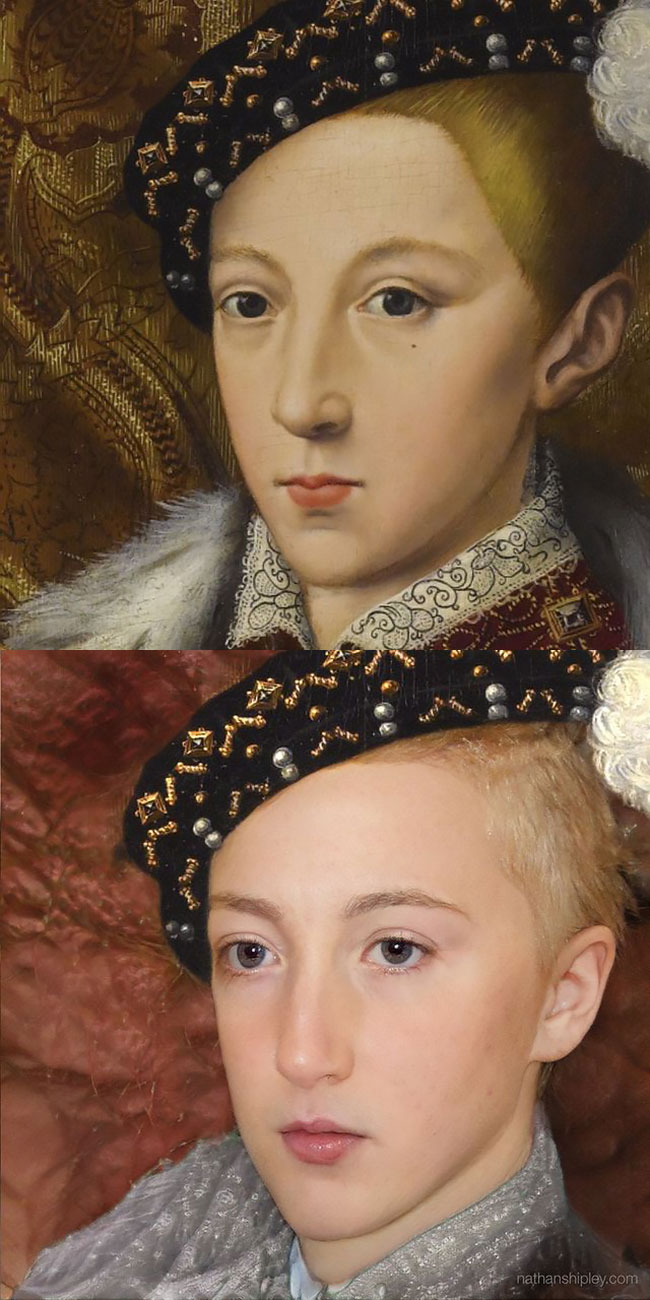 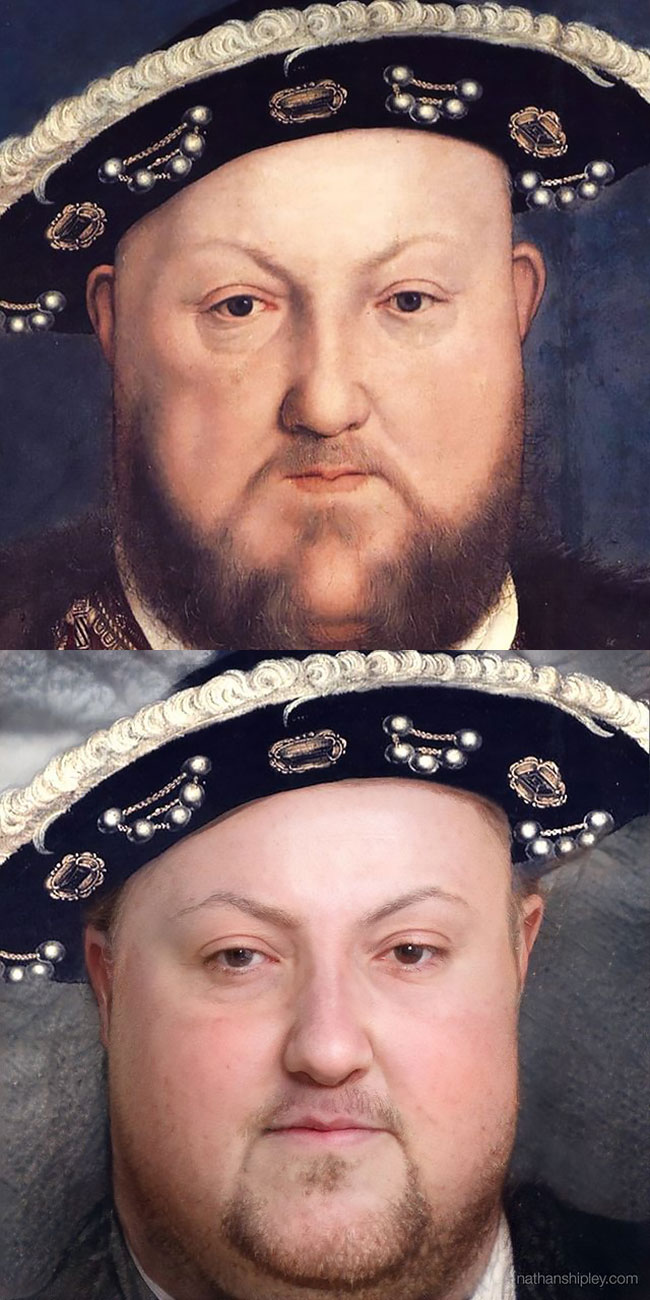 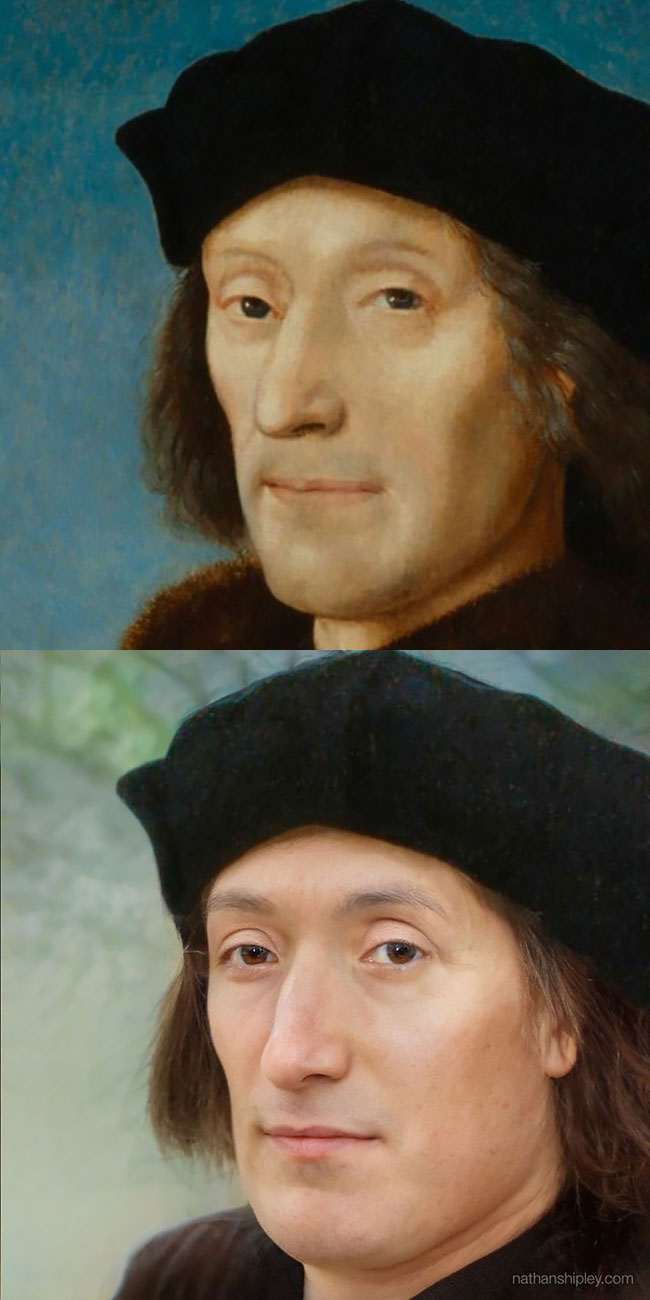 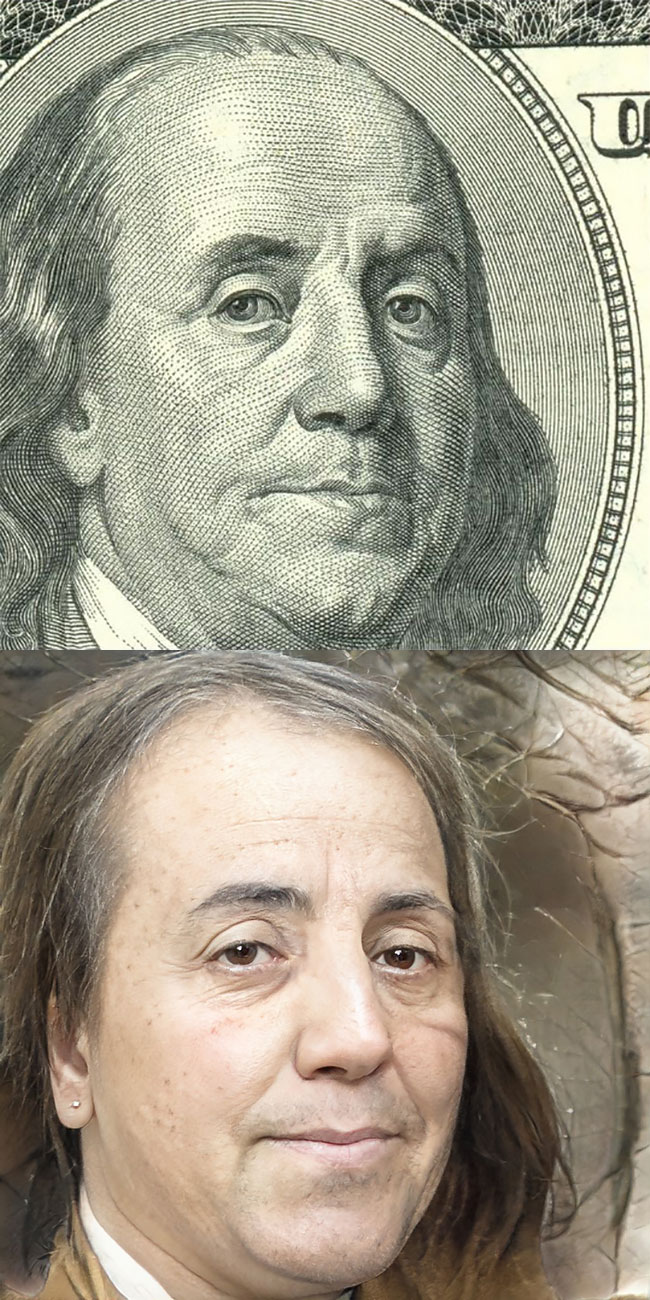 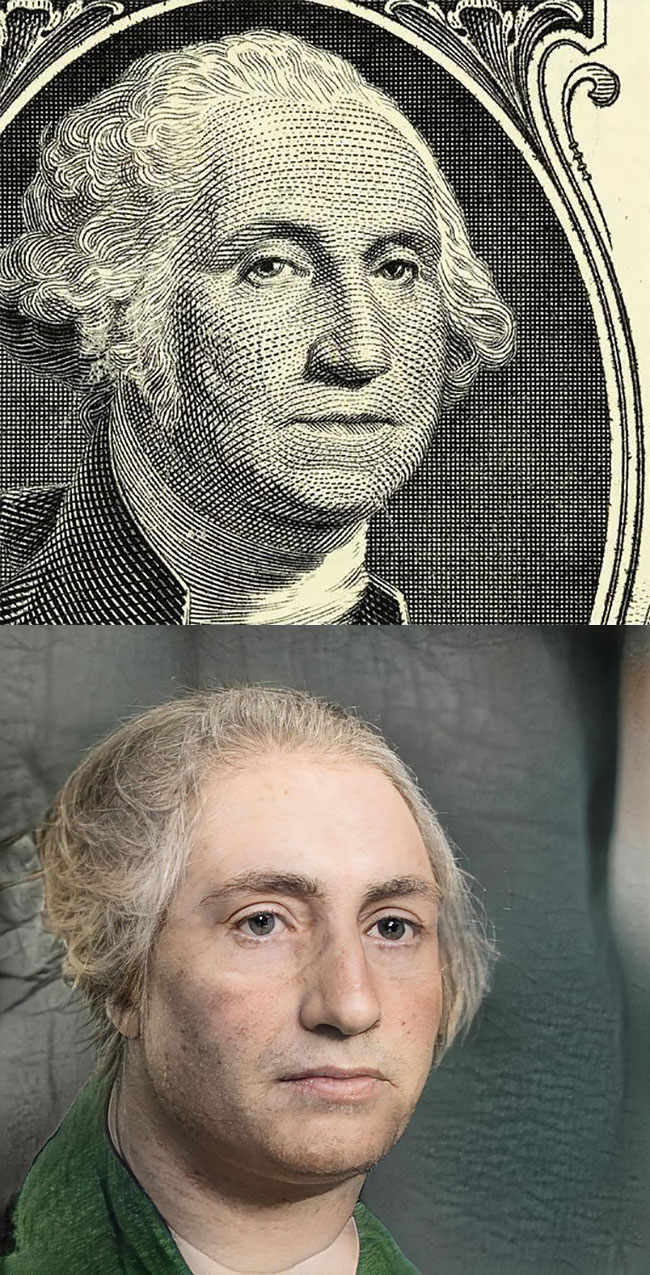 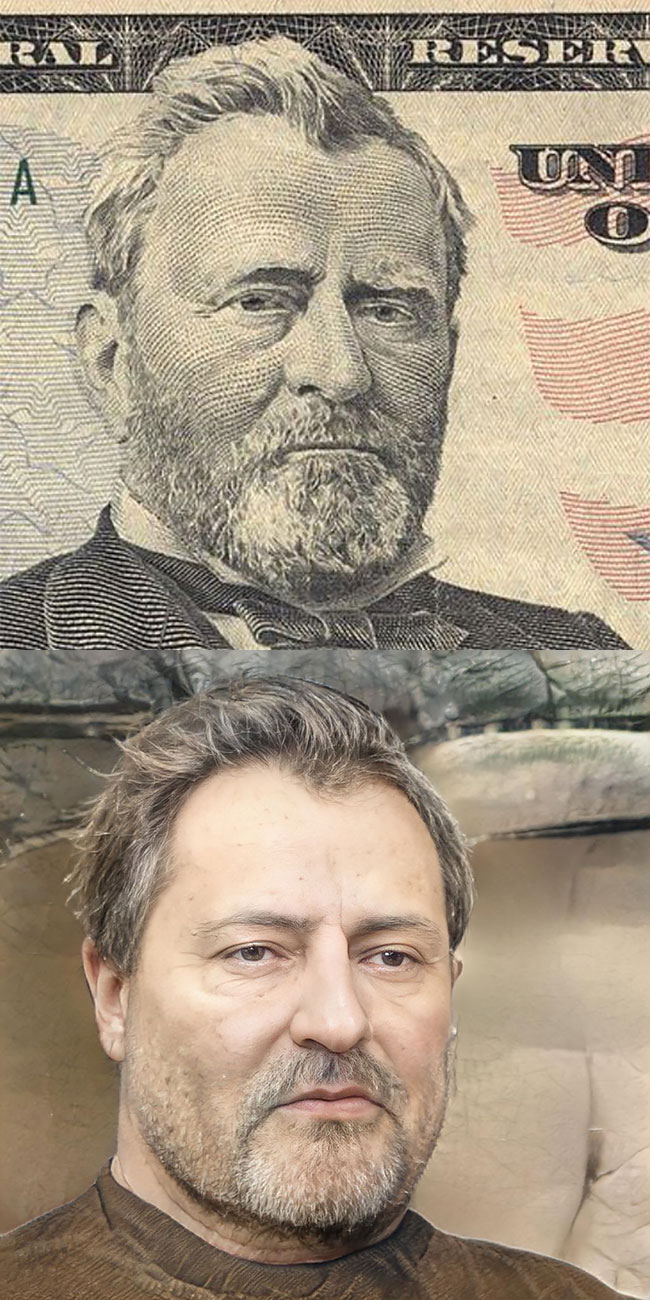 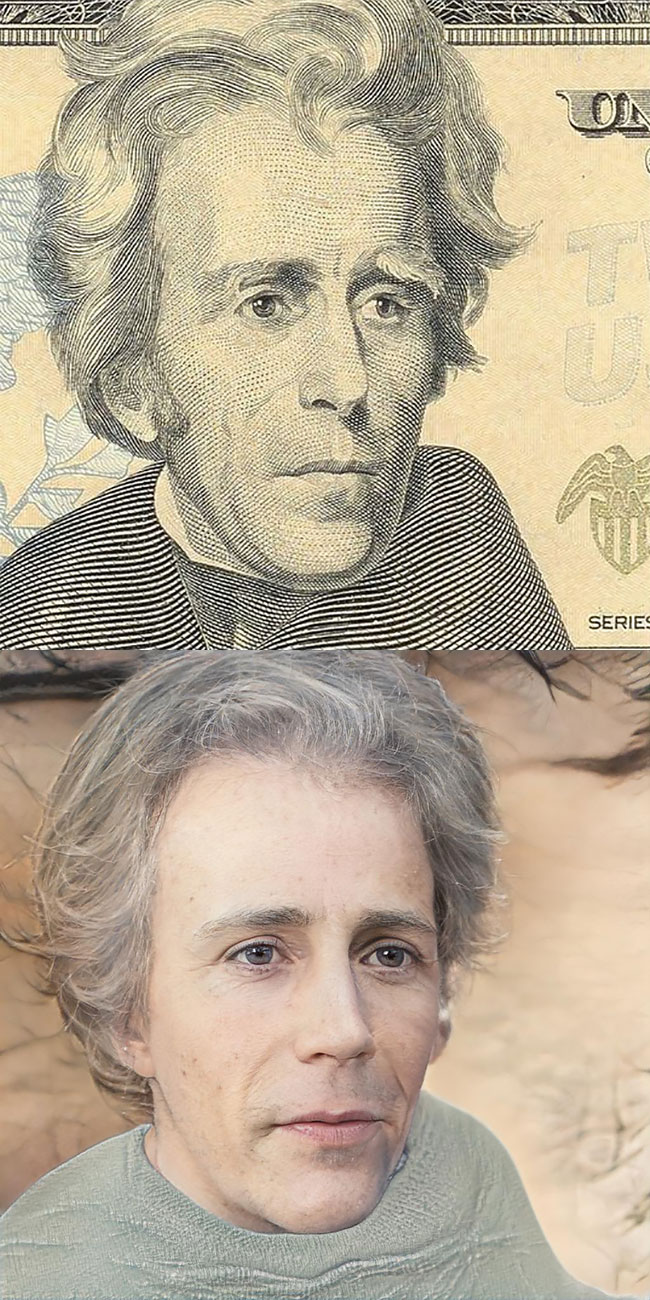 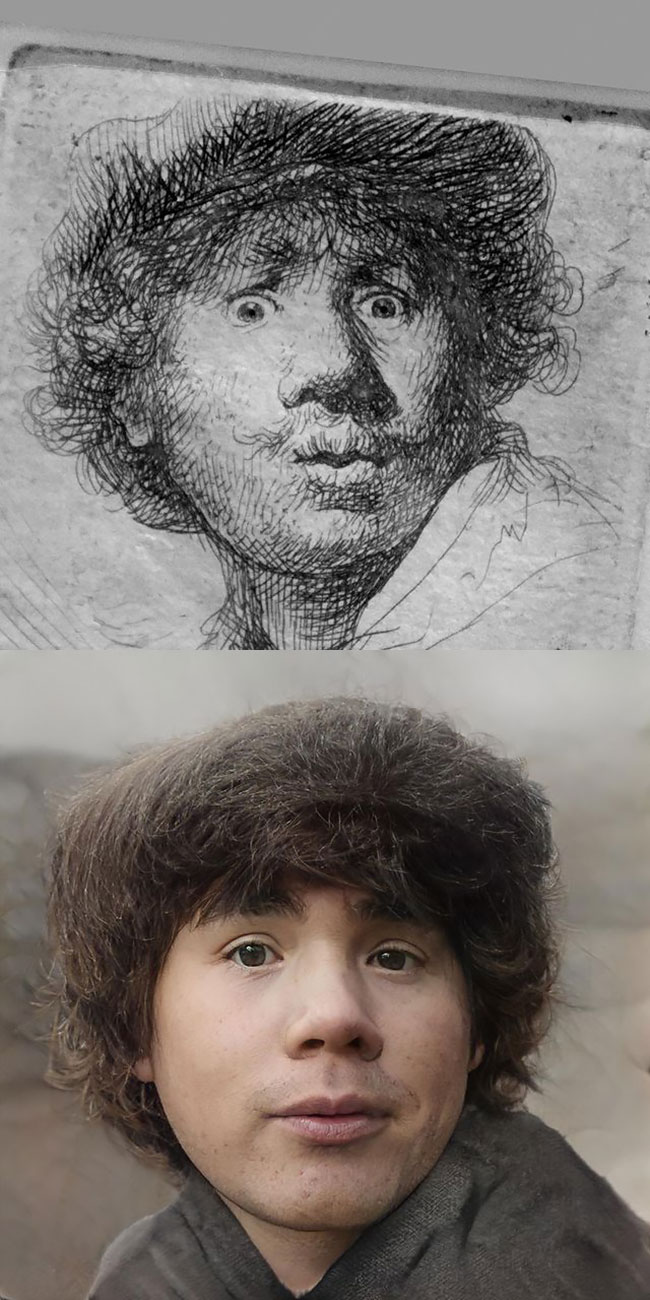 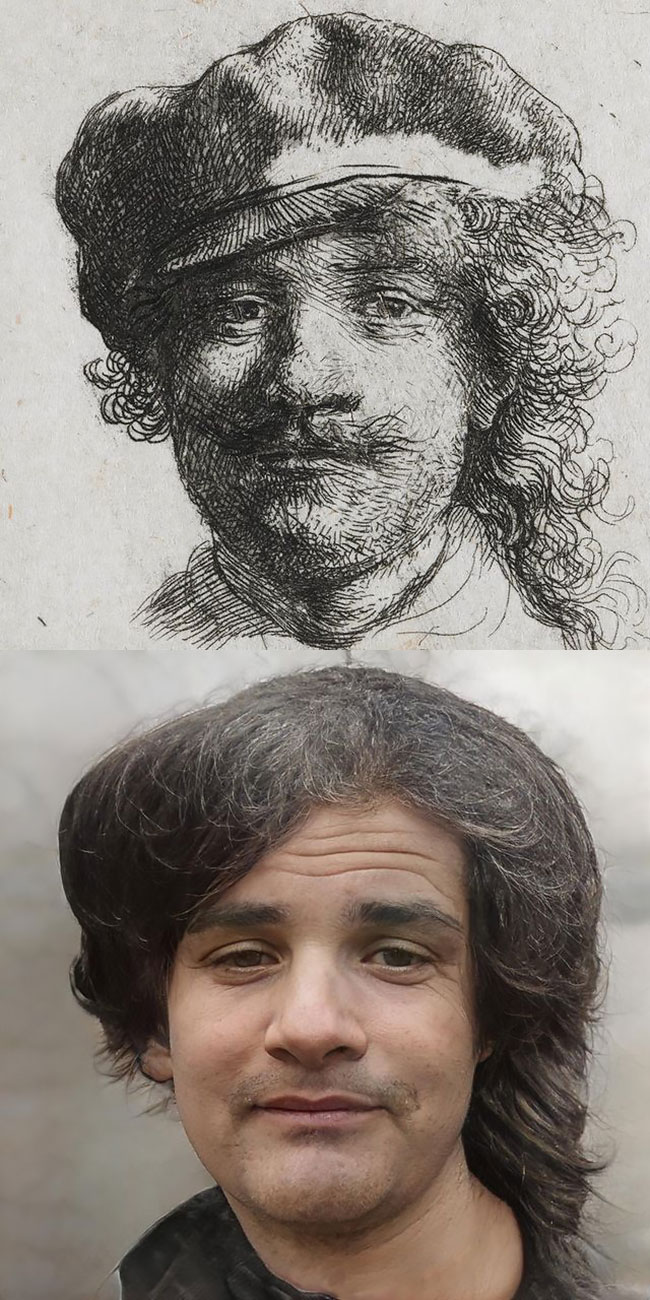 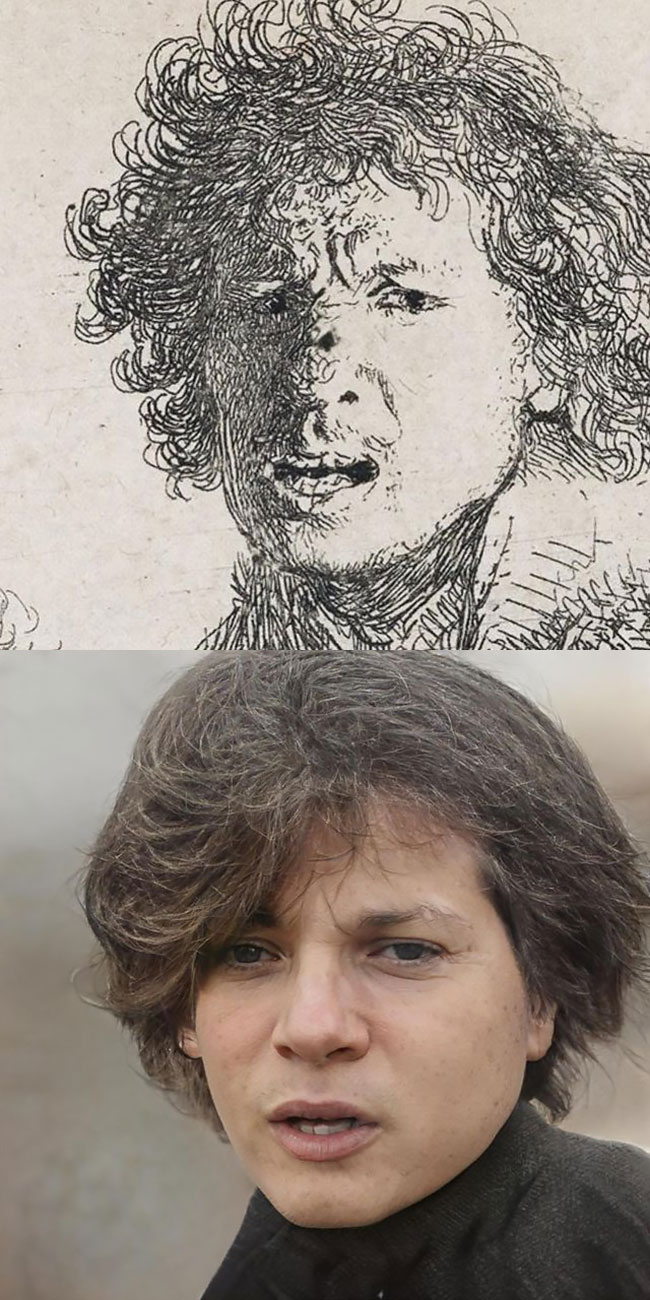 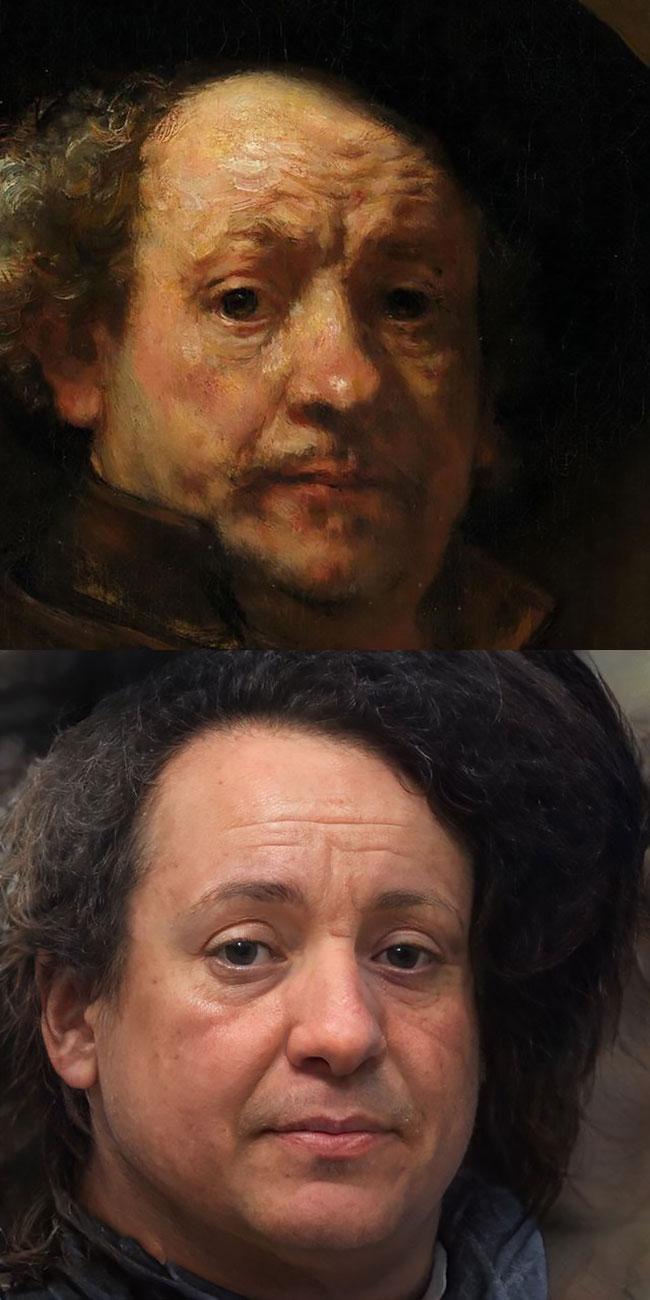 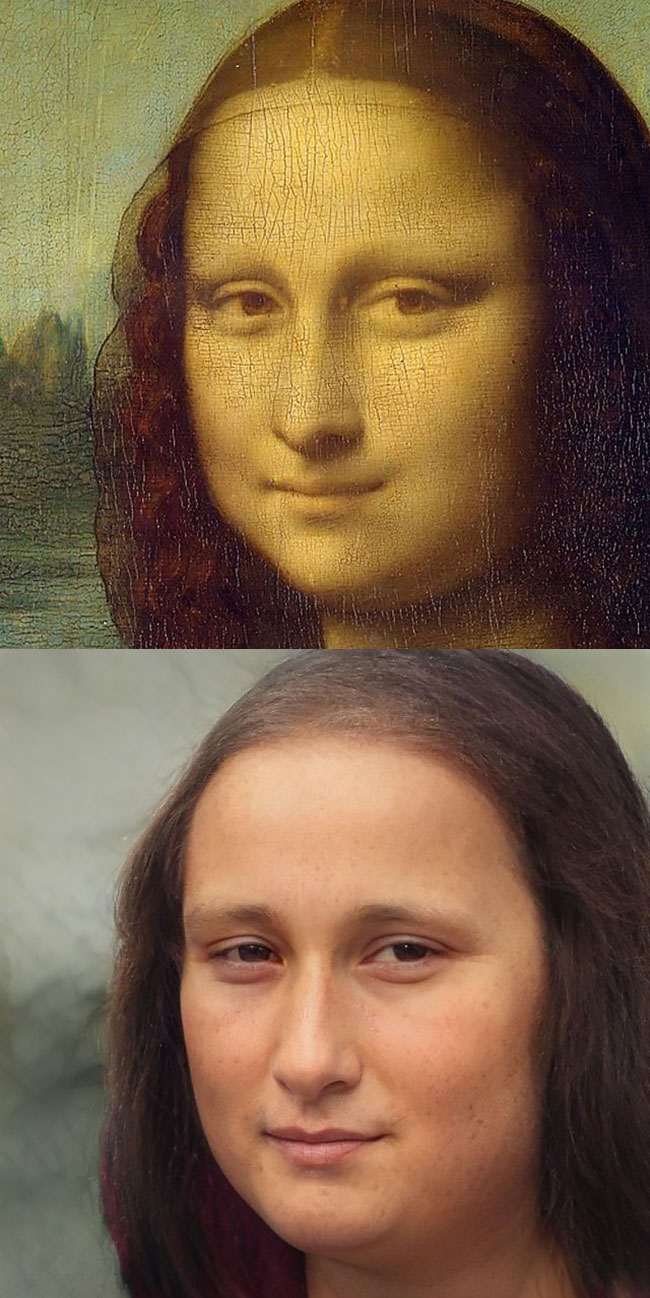