Japanese Illustrator Asteroid: Wandering Through The Ruins Of The Future 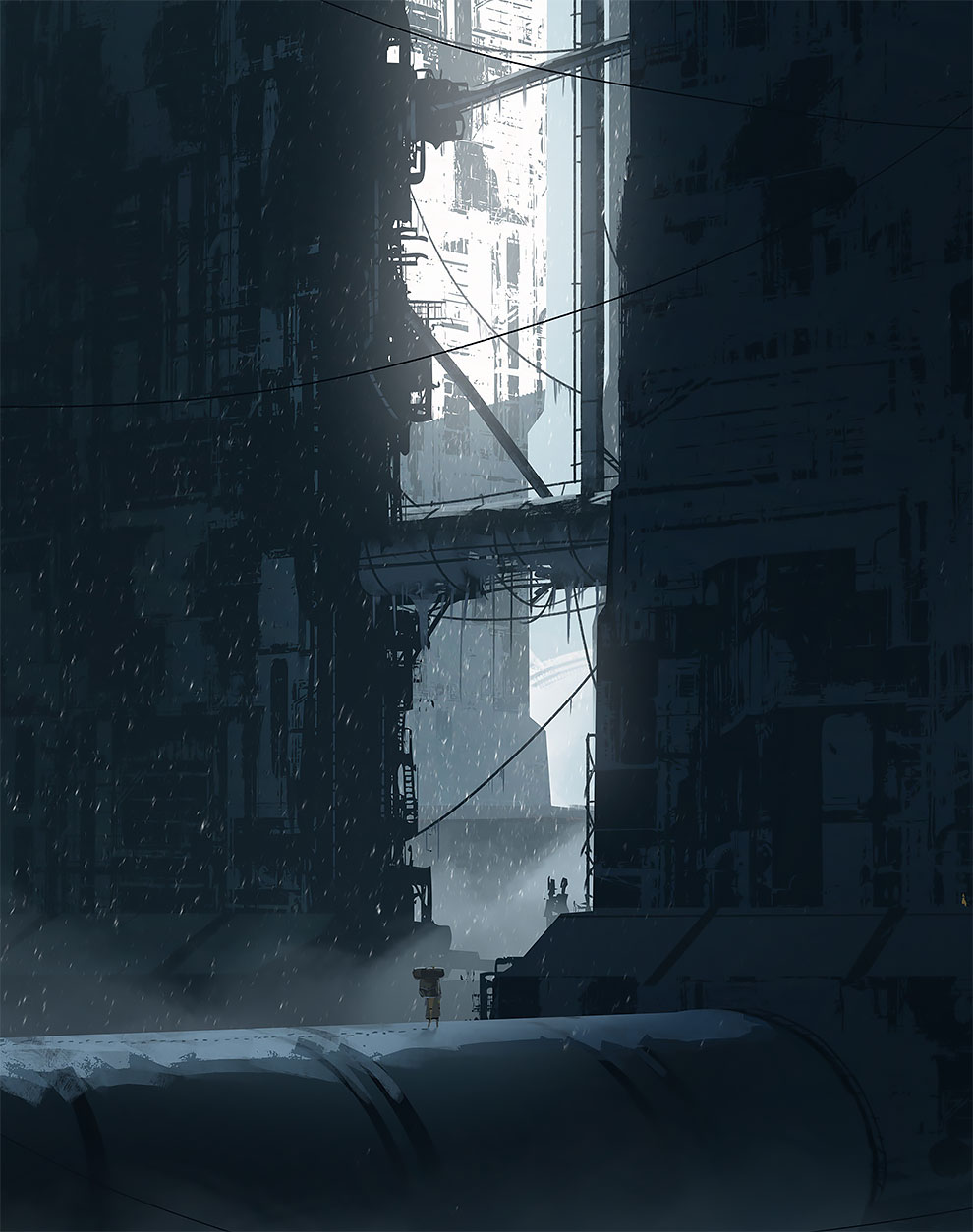 Whether they are set in the past or in an imagined future, ruins are a favorite subject of illustrators working in the fantasy and science-fiction genres. Not only can they be very visually appealing, they can provide the backdrop for a potentially rich narrative about a once flourishing world and the reasons for its demise.

Japanese illustrator Asteroid (stylized in Japanese as あすてろid) often depicts ruins of what seems to be a future world, either of or own planet or perhaps another world where the human race (or what has become of it) has traveled to. Traces of humanity appear both in the towering and toppled megastructures of its former habitations or in more subtle ways, through crumbling torii Shinto gates. In most illustrations, however, the vast, natural world is seen in the process of reclaiming the landscapes, overgrown vegetation and moss covering the structures, waterfalls pouring through husks of twisted metal.

Another distinguishing feature in much of Asteroid’s work is the presence of a witness, a girl with long white hair called IZ who wanders through these landscapes exploring, observing and pondering the meaning of what she sees, her internal monologue displayed in the form of captions. Moreover, much of the art is framed in the context of what seems to be a video game, with a radar screen, notifications about trophies received for accomplished quests, various commands such as “fight,” “equipment,” and “map,” and IZ’s hit point and energy meter. 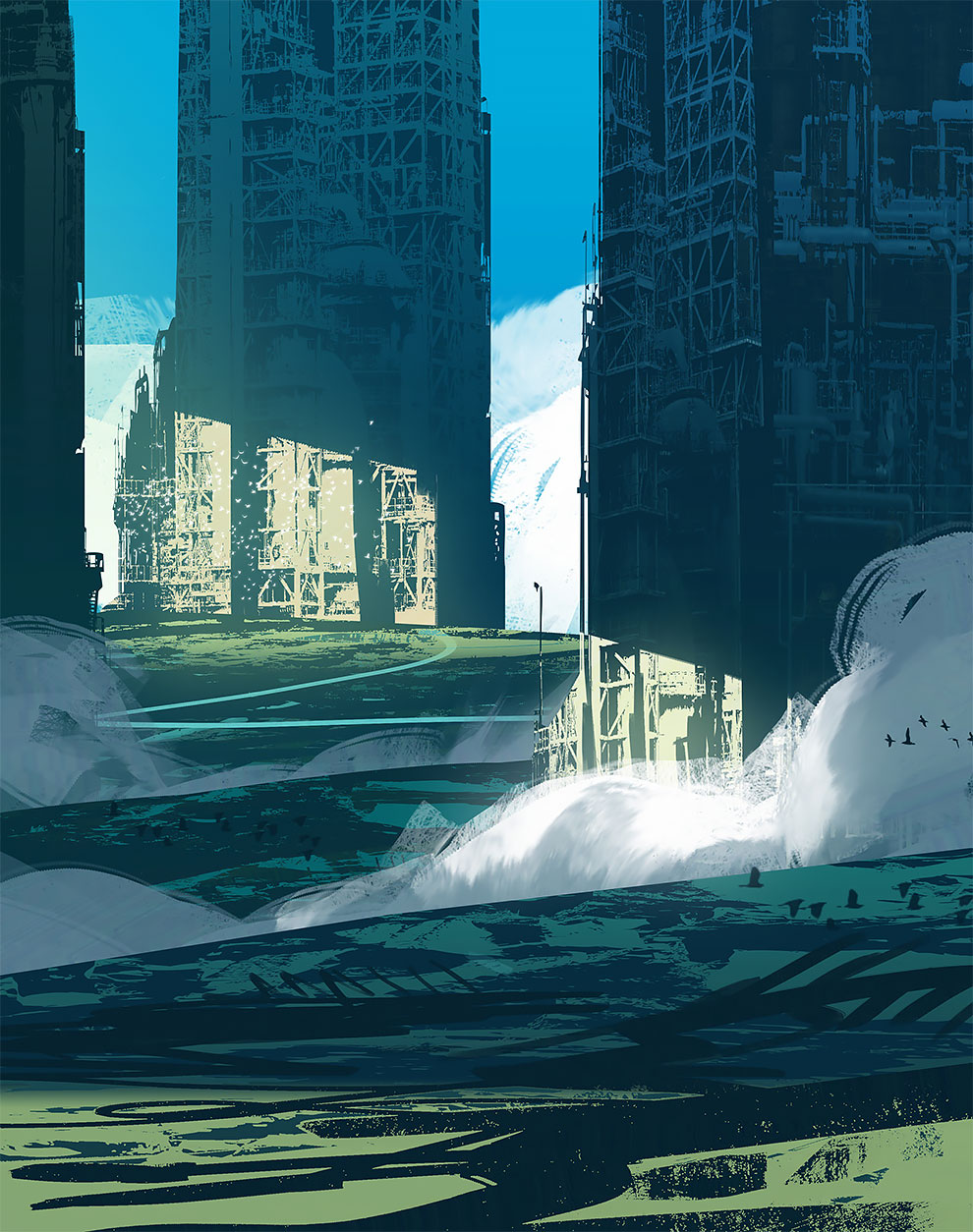 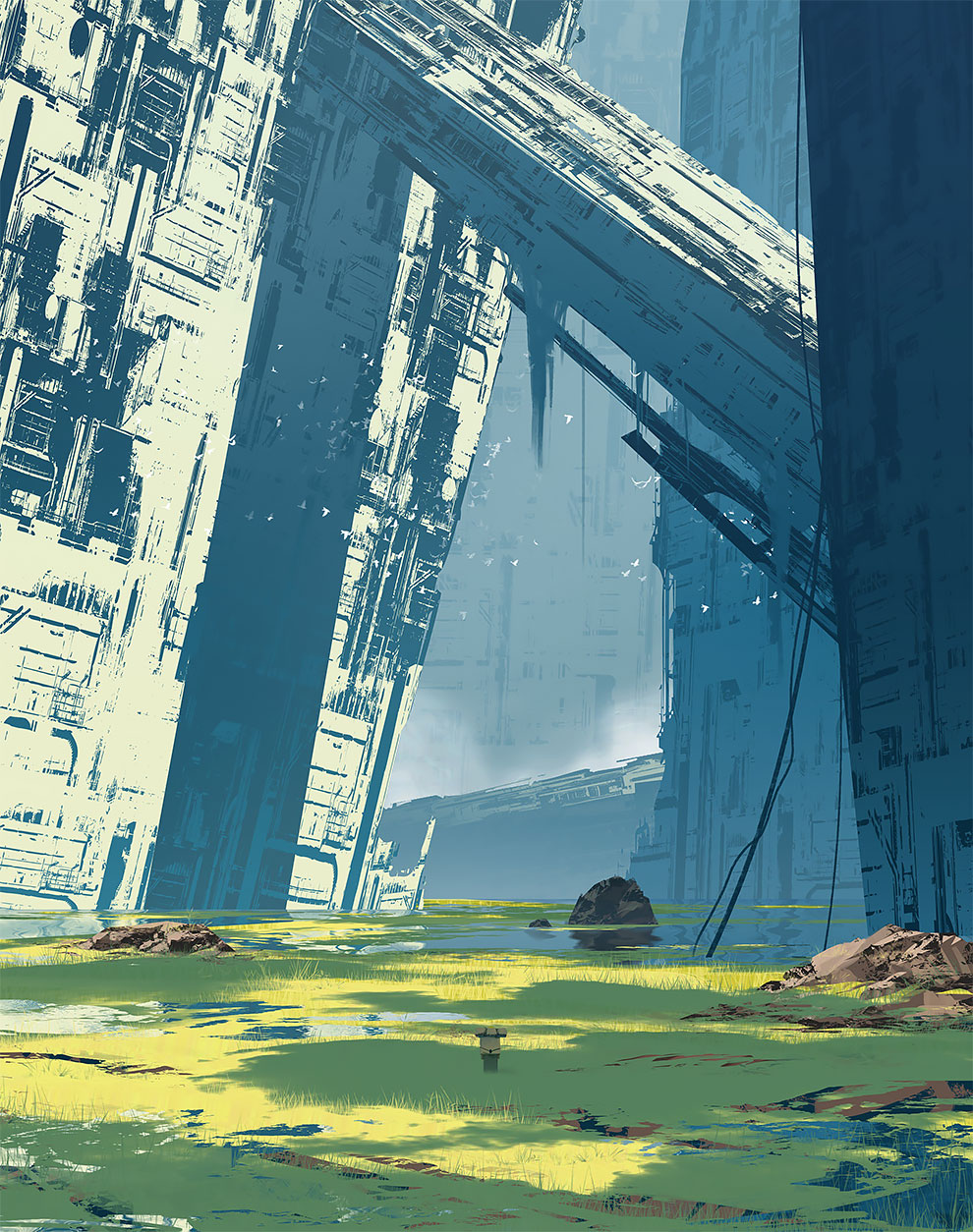 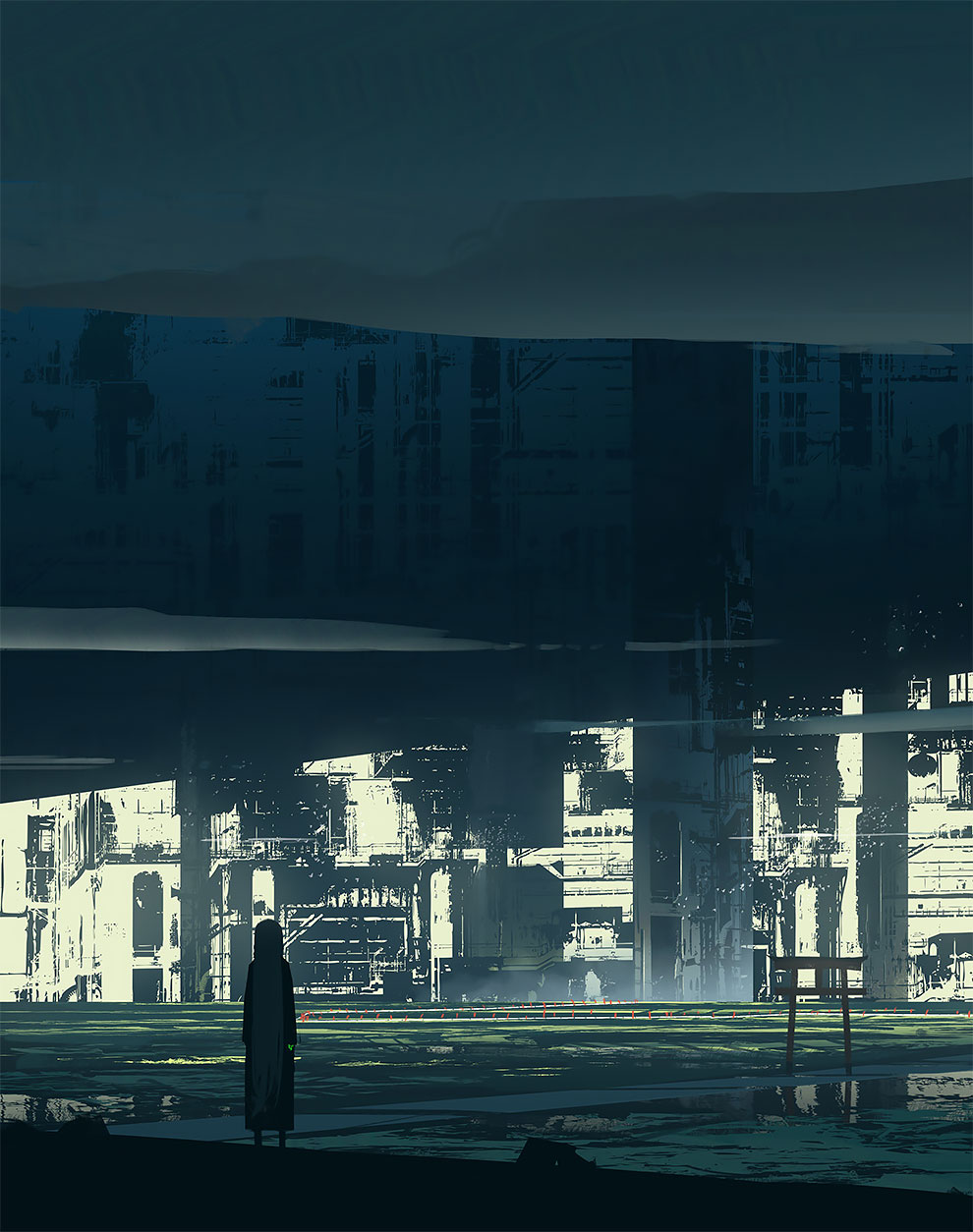 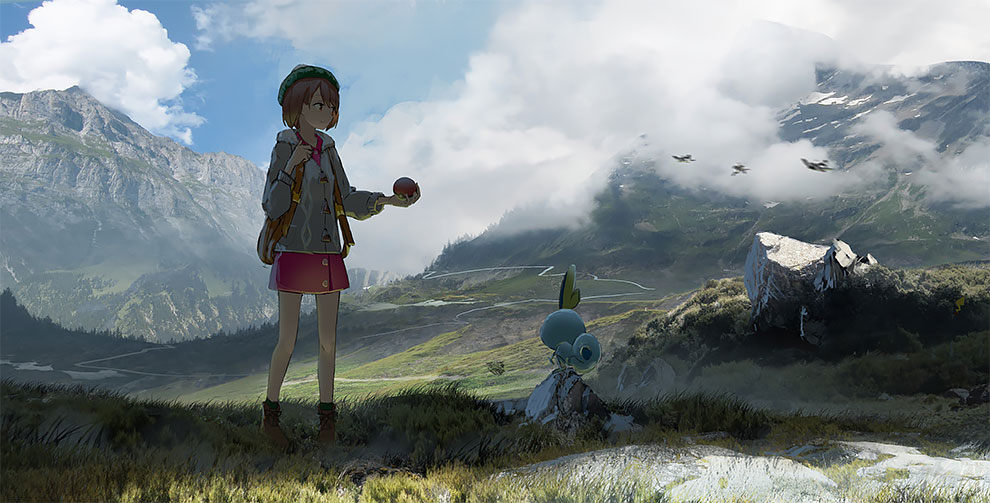 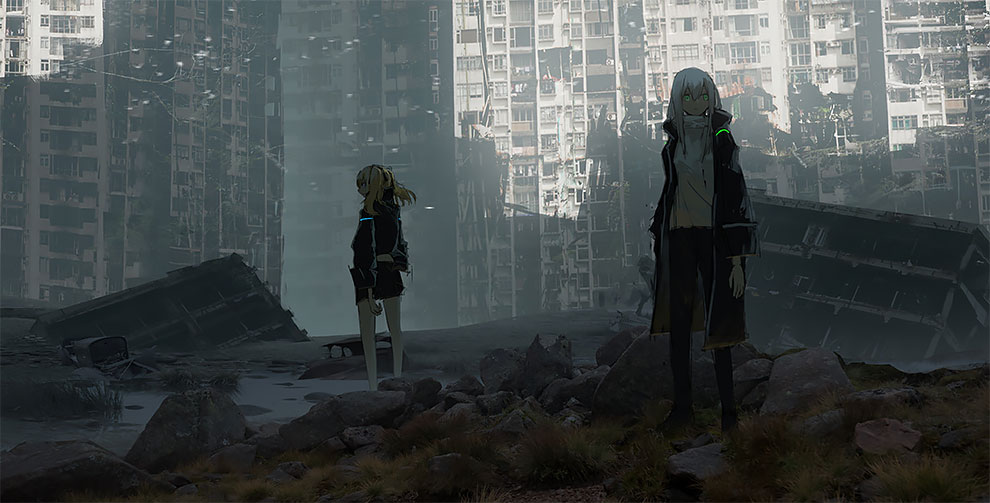 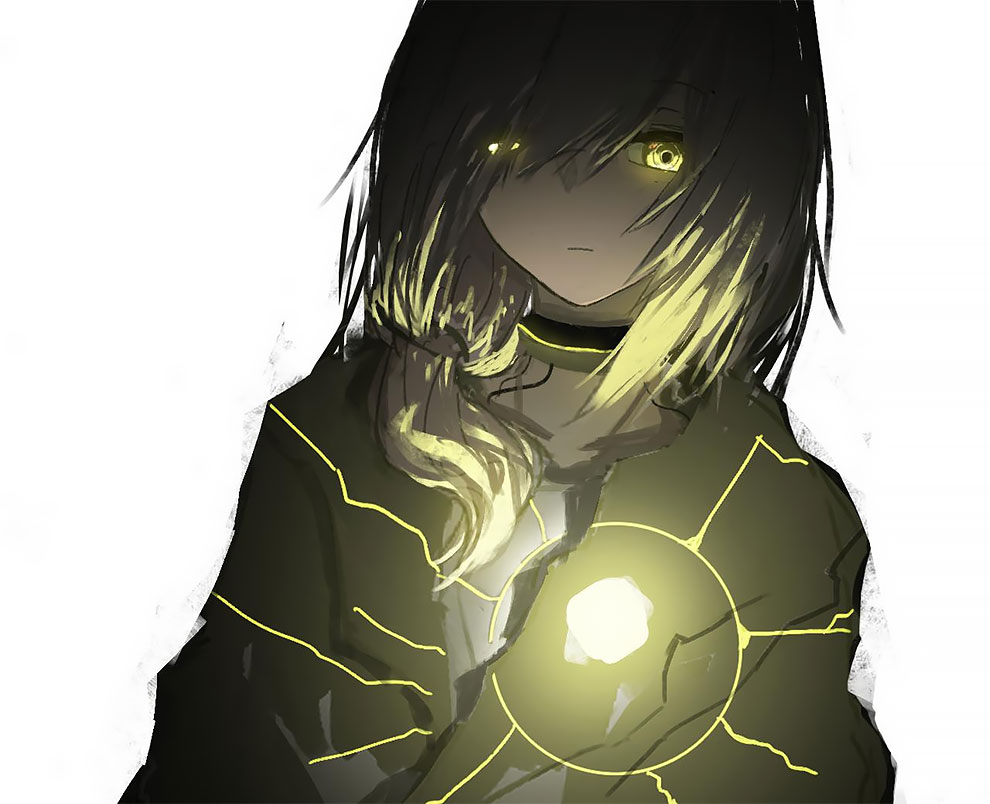 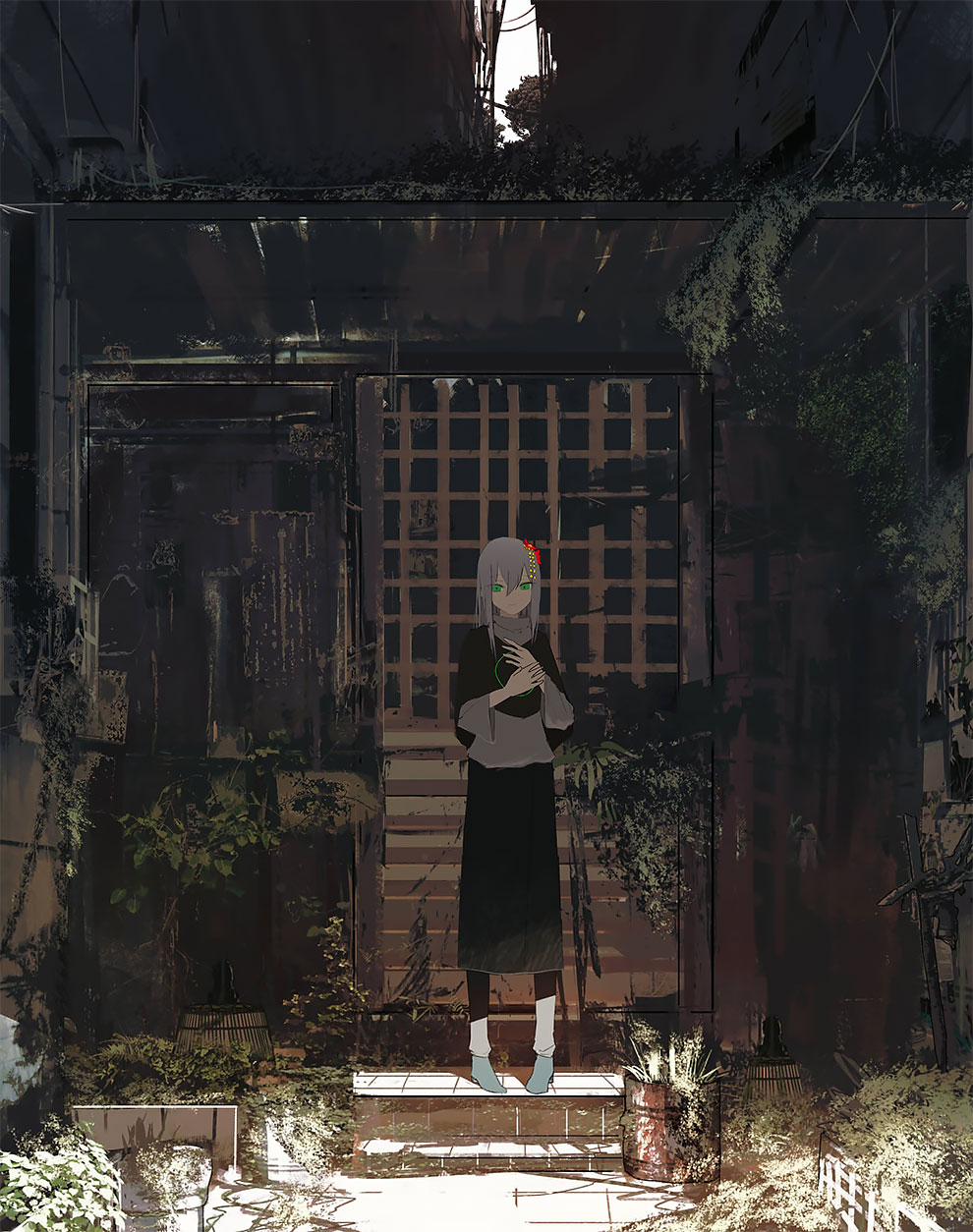 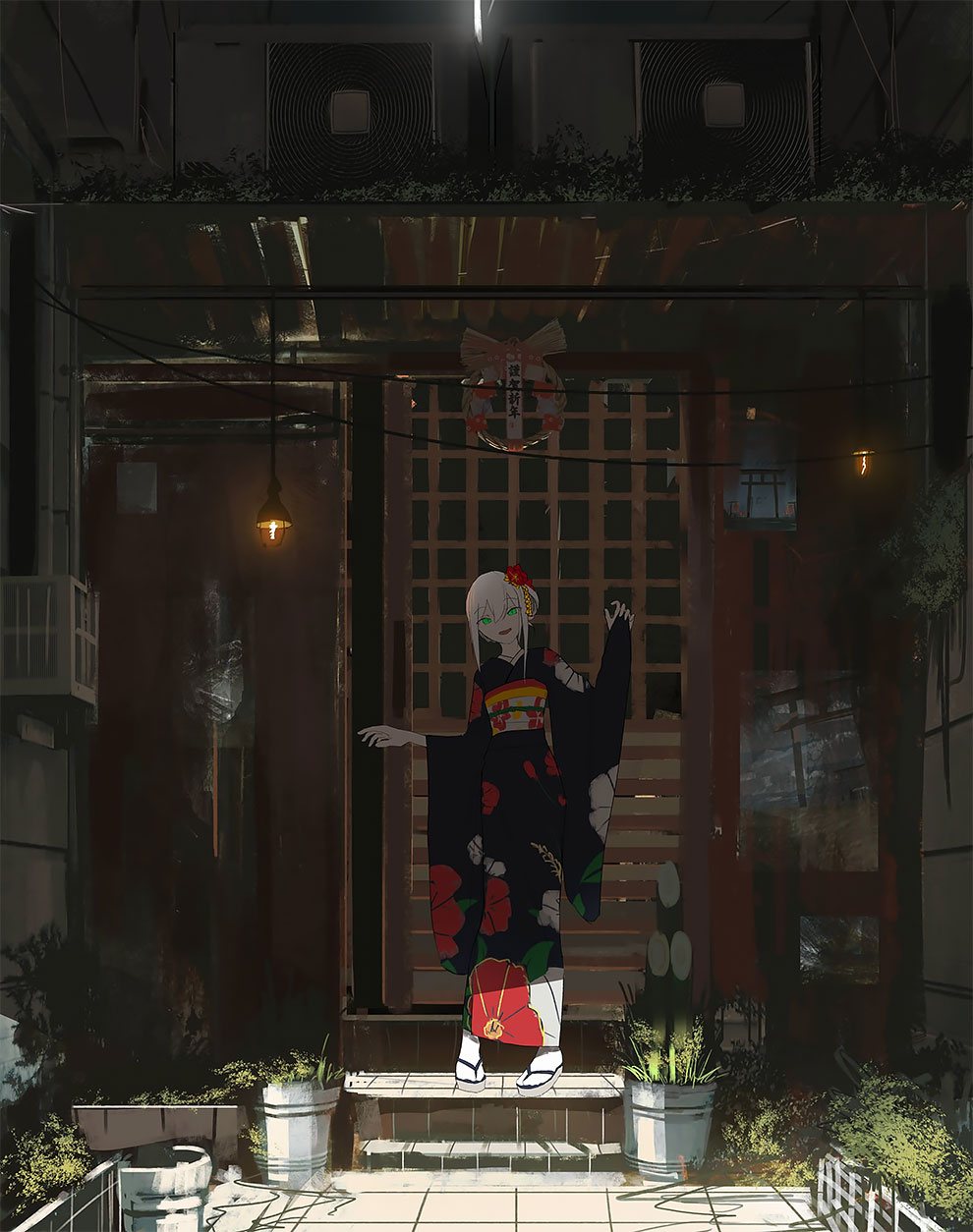 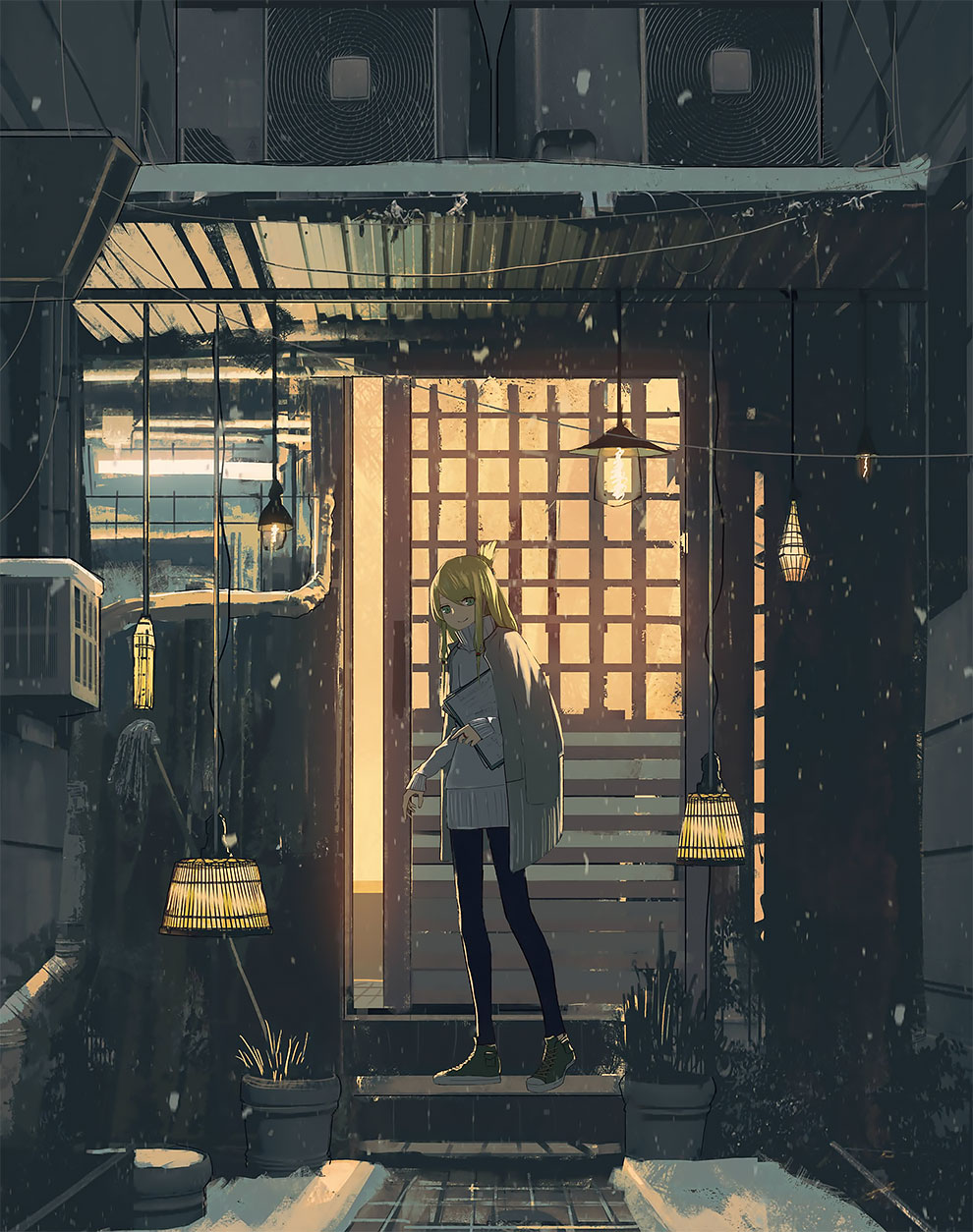 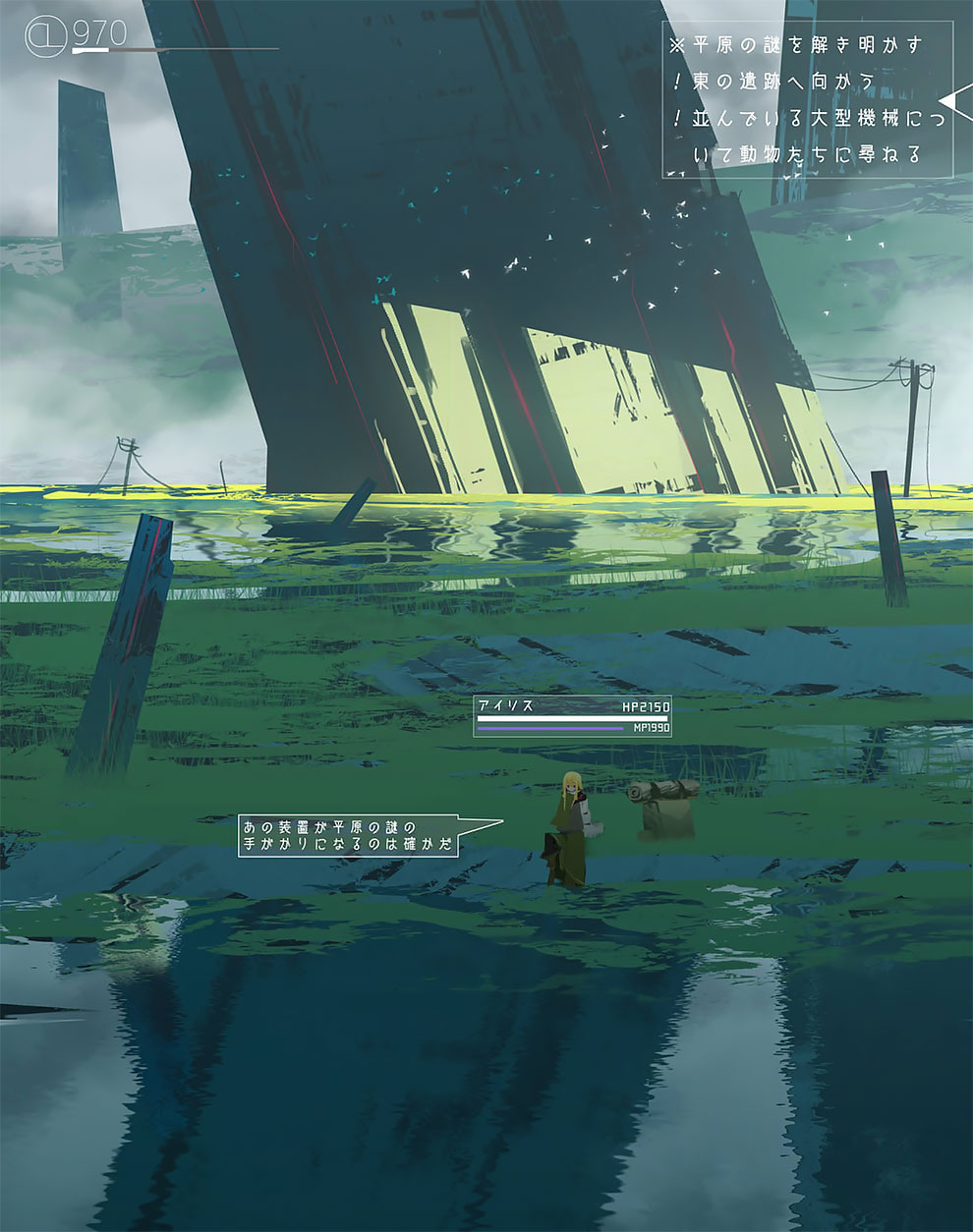 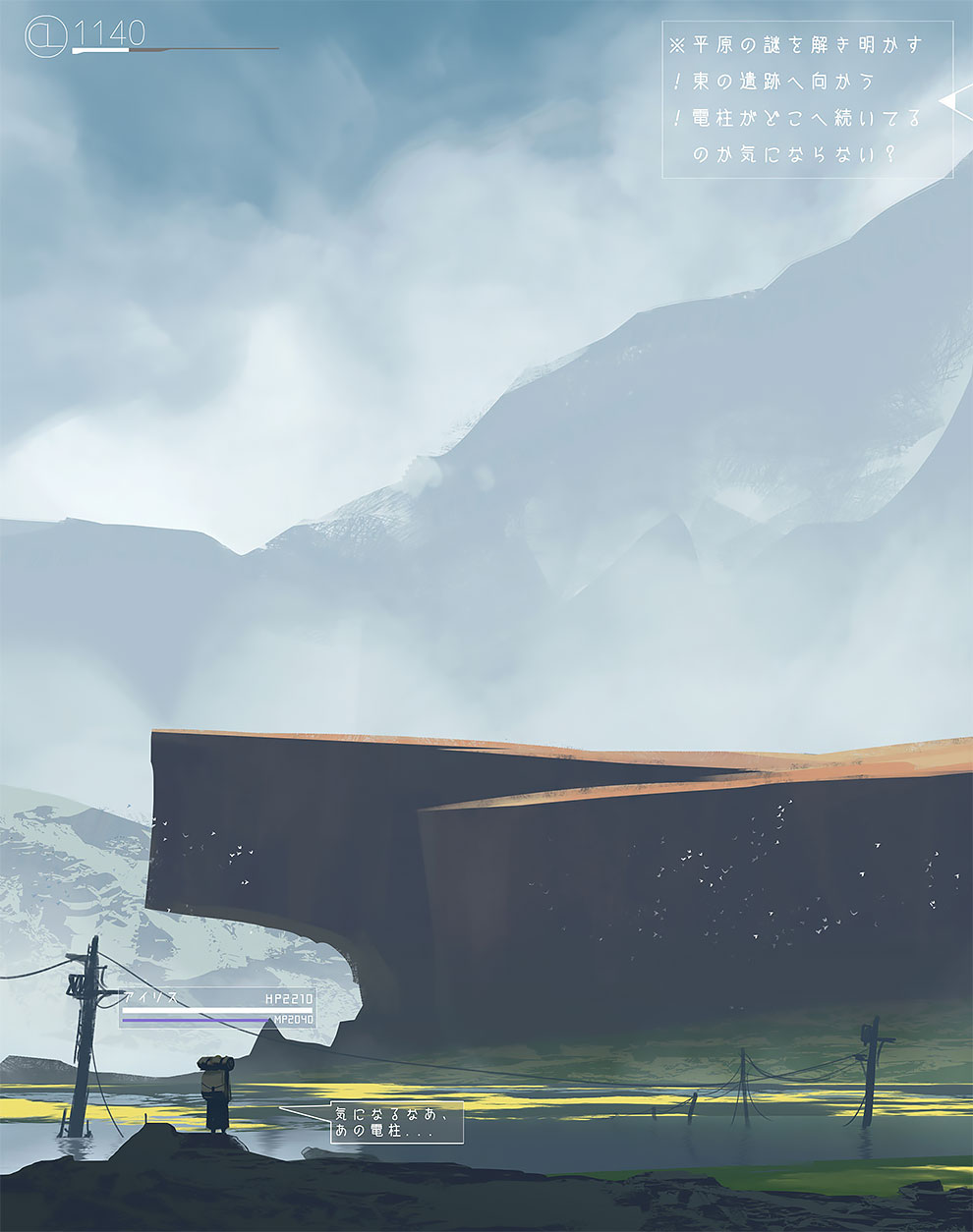 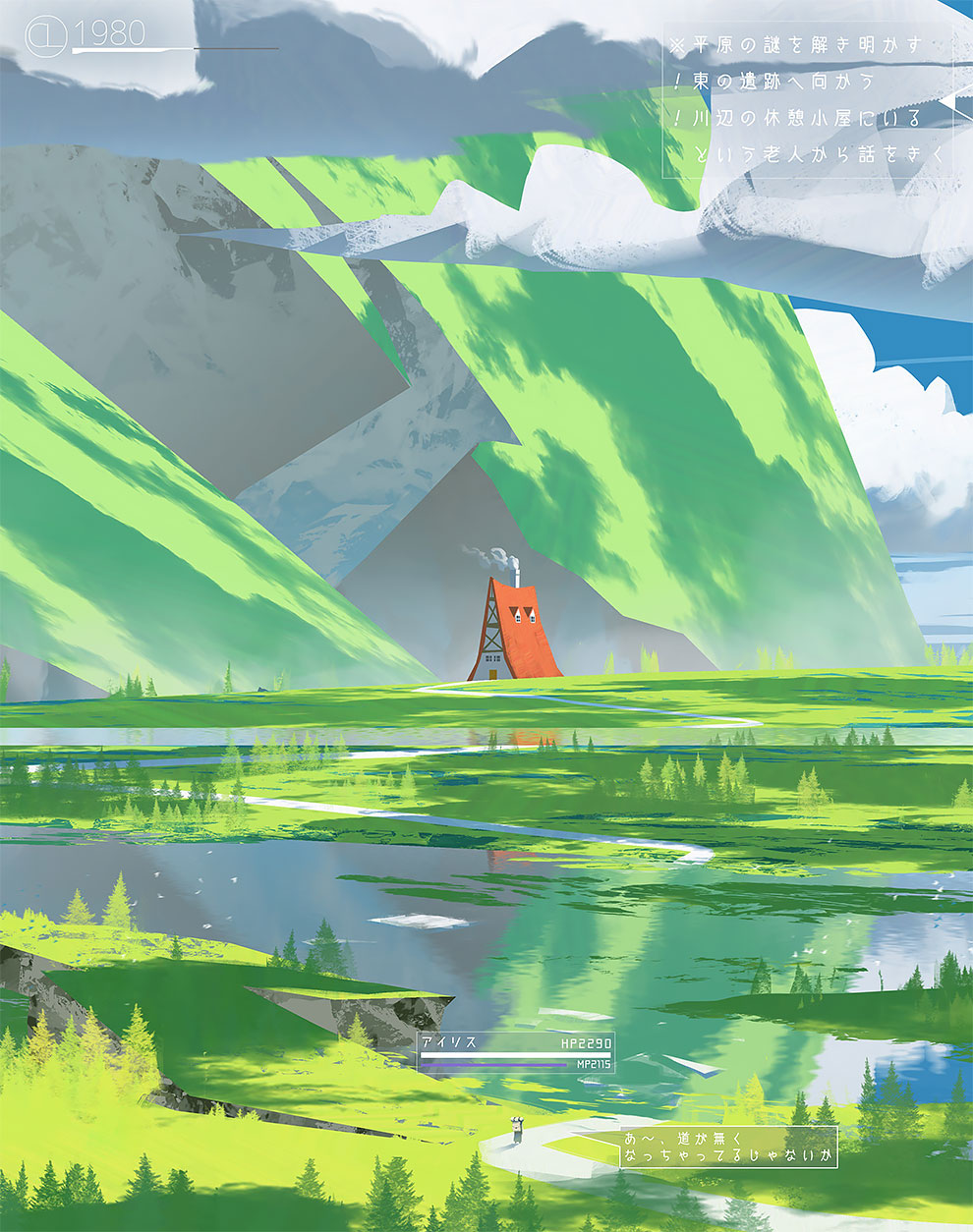 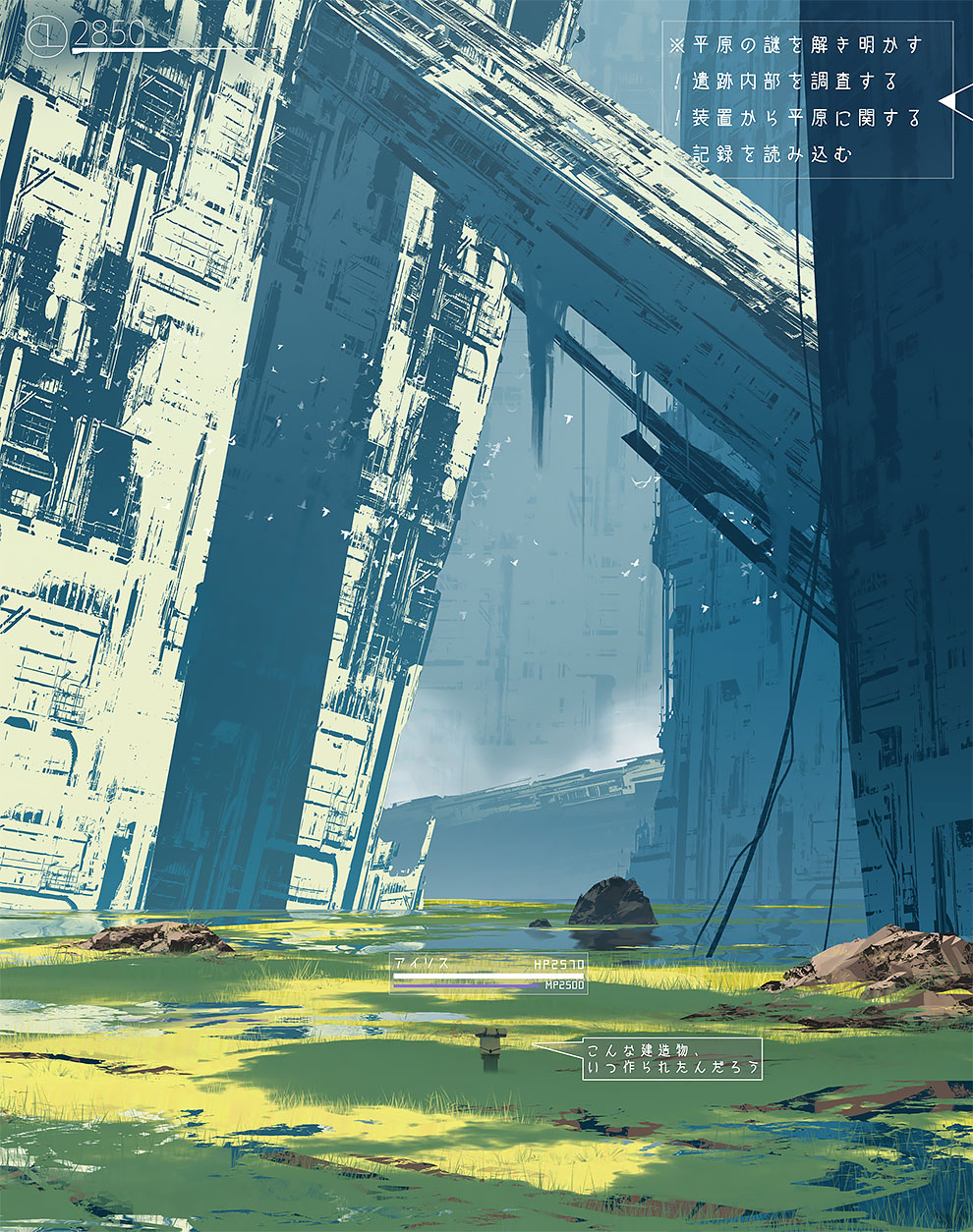 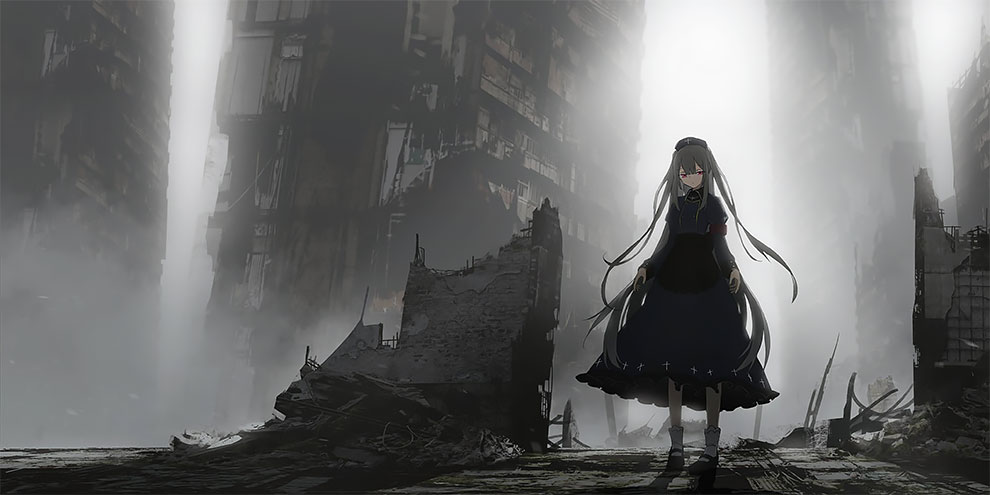 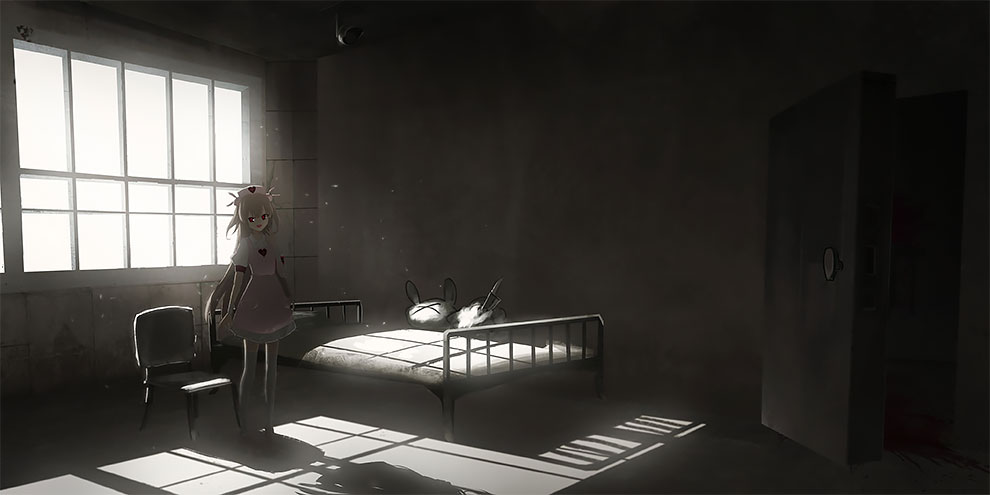 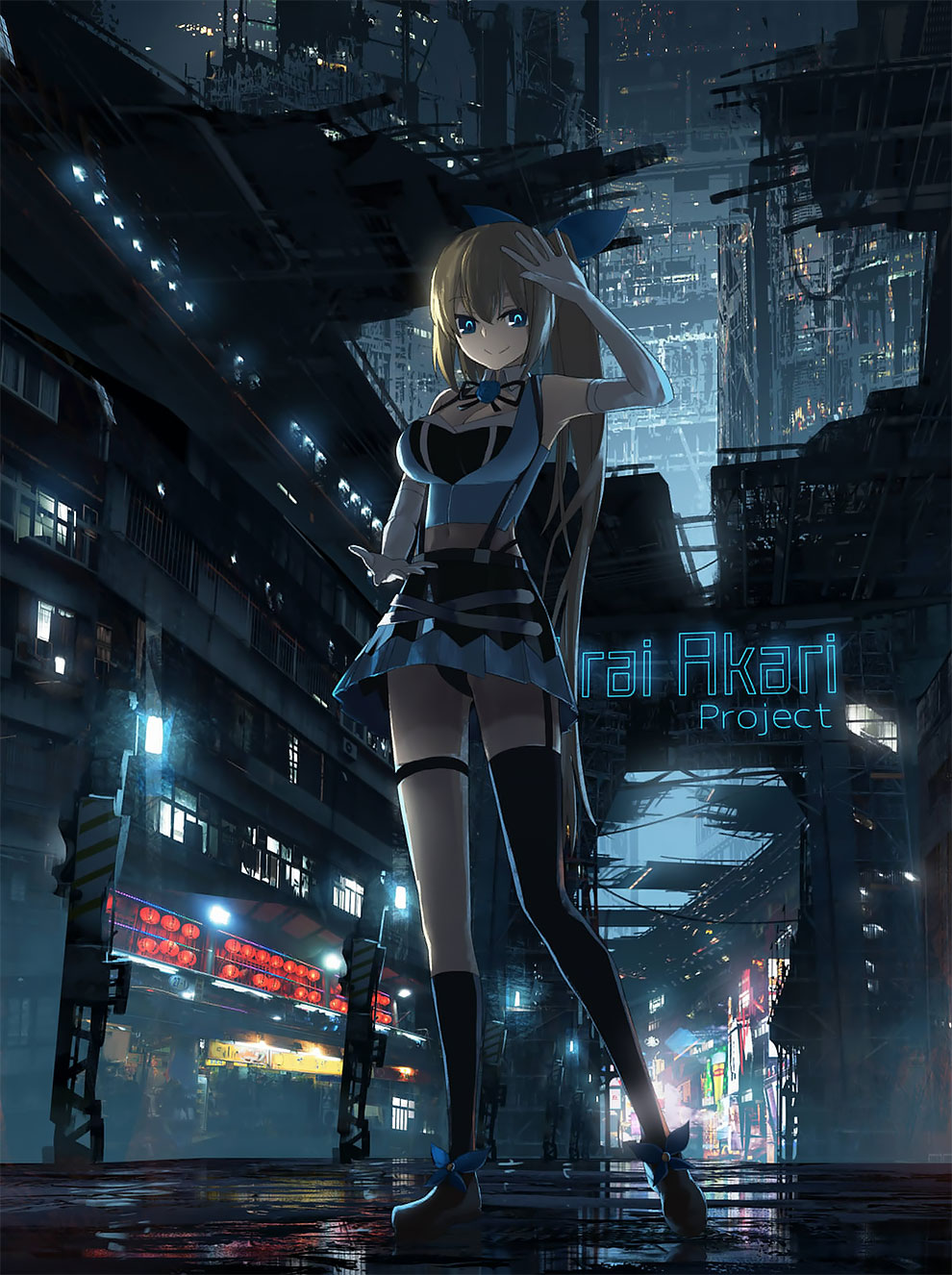 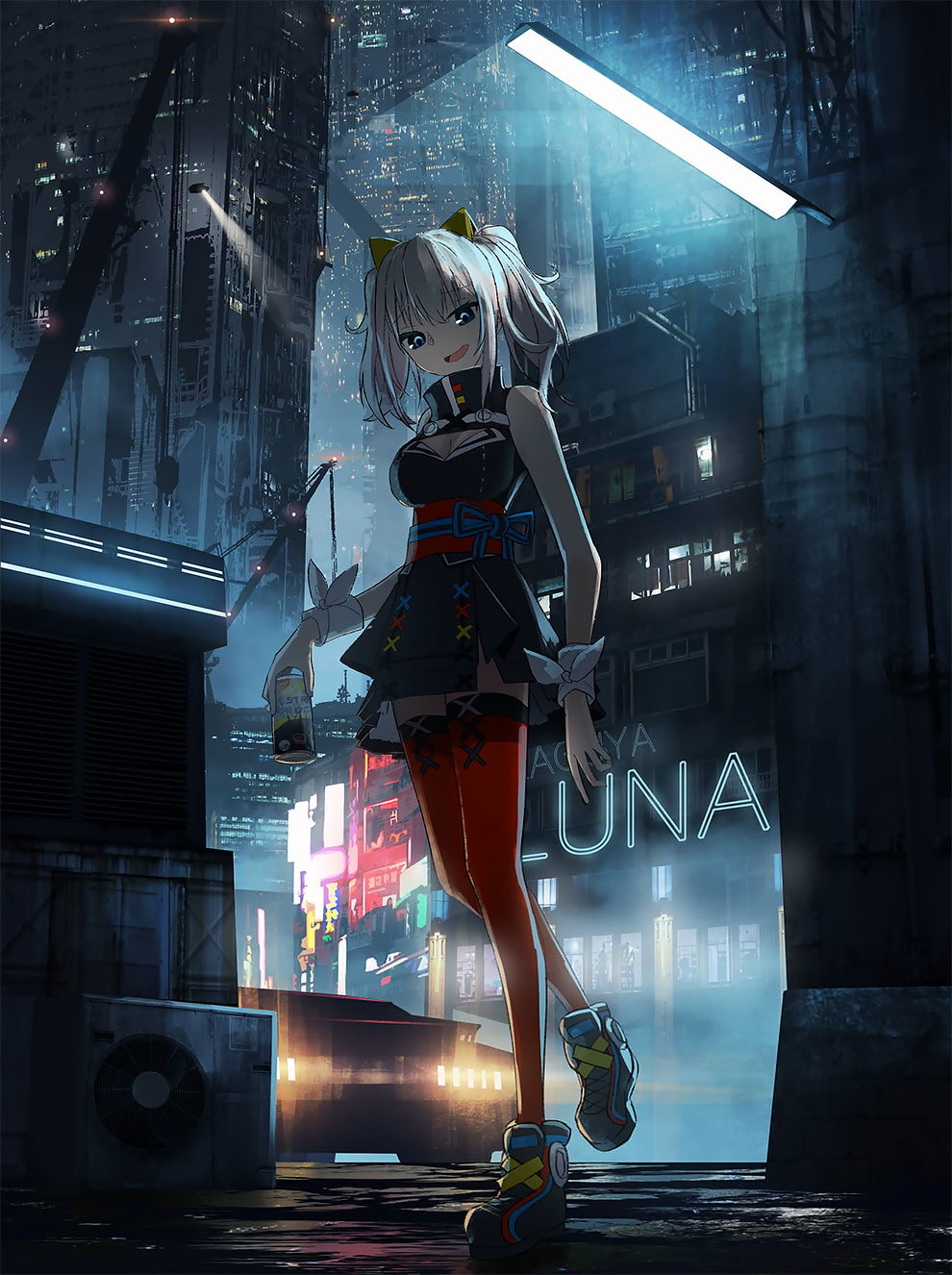 Funny And Twisted Cartoons by Ben Chen
After Having Triplets, This Artist Founds A New Passion For Painting
Thinner Beauty Is Using Photoshop To "Help" Plus-Size Women Lose Weight
These Amazing Drawings Appear To Jump Out Of The Page
What Happens When Two Designers Communicate With Only Infographics
Artist Made These Fantasy Themed Illustrations During The Pandemic To Keep Some Optimism And Colorfulness In The Grim Reality
Artist Creates Comics With Chilling Endings And Here’s 30 Of The Creepiest Ones
Assistant Professor Of Design Makes Honest Charts That Sum Up A Designer’s Life
Controversial Paintings Of People Skinned Alive That Will Shock You
LEGO: Fiction Meets Fiction
This Mural Was Painted Upside-Down To Reflect Off Of The Water
"Light & Shadow": Dreamy Illustrations By Lê Long
Furniture Given a Film Noir Makeover: Illustrations by Martin Reznik
Smart Social Advertising That Will Make You Look Twice
Kids vs Superheroes
The Art of Dreams: Illustrations by Jeremy Wilson
Stunning Digital Female Portraits By Irakli Nadar
Wrestle Your Mailman And Other Small Ways To Feel Happy
Magical Fine Art Portrait Photography By Shinji Watanabe
Photoshop Troll Who Takes Photo Requests Too Literally Strikes Again
Half Human Half Elf: The Superb Fantasy Post-Design 3D Art Works of Andrei Sigarev
Artefacts Of The Dark Ages: The Post-Apocalyptic Worlds Of Nikita Postupkin
Weird Kafka-Style Anatomies, Fantastic Creatures And Fancies Chart By Camille Renversades
Artist Esoj Luna Illustrated Iconic Brands As If They Were Humans
abandoned, anime, asteroid, future, games, japan, sci-fi