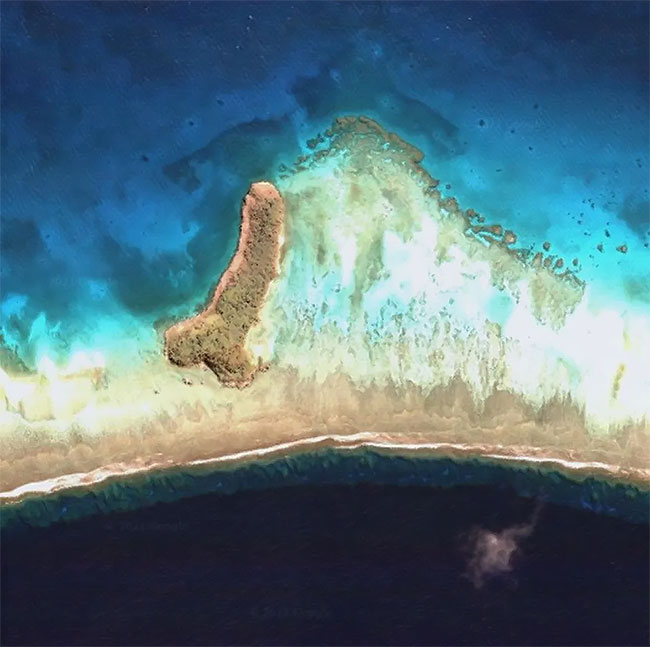 A Michigan woman says she could hardly believe her eyes when she discovered an obscure, penis-shaped island in the Pacific Ocean while browsing Google Earth.

Joleen Vultaggio had been scrolling around the world map when she spotted the undeniably phallic landmass in the Trinity Islands off New Caledonia.

“I was looking around the Trinity Islands and it just popped up and I thought, ‘Wow, that really looks like an uncircumcised penis’,” she wrote. “I had to drop the pin on the map right away, so people know I didn’t just stick that image through Photoshop or create it myself. I’d love to go and travel there and sit on the d**k.” 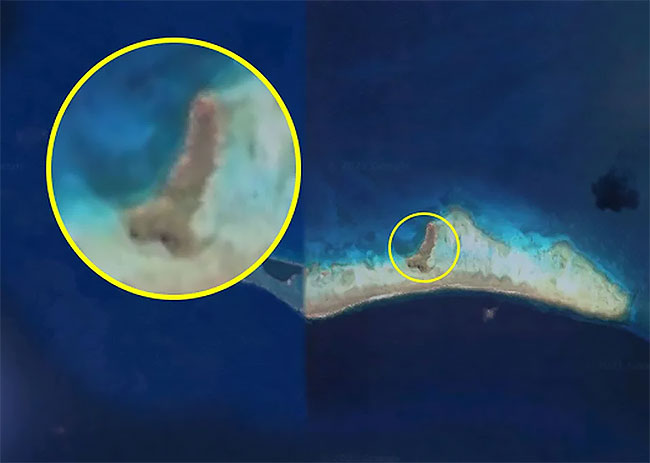 The distinctive formation is roughly 500 metres in length, not that size matters. It’s unknown whether the island is inhabited by humans, however the closest landmass is the Trinity Island of Ouvea, which has a population of 3400. Simply punch in the co-ordinates 20°37’37”S 166°18’02”E into Google Maps, hit ‘satellite view,’ and you too can … have a browse. 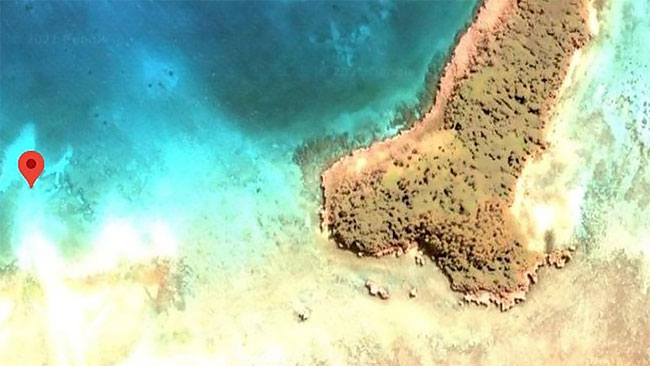 The Queen Of The Night, A Very Special Kind Of Orchid Cactus, Blooms Again At The St. Petersburg Botanical Garden
Outside Van Valhalla 4×4 Camper
Traveller T-Shirt With 40 Icons Lets You Communicate In Any Country Even If You Don’t Speak Its Language
Traditional Cage Fighting in Bali
"Big In Japan": 30 Times People Traveled To Japan And Realized They’re Too Tall For It
“Falling Back To Earth” Exhibition in Australia
These Photos Of Fireflies Show How Beautiful Summer Nights Are In Japan
Public Pools Open In New York City For The Summer
Restaurant Puts Fridge In Street So Hungry People Can Take Leftovers
Maid-Themed Cafe In Chinese City Of Hangzhou
Extreme Surfing On Arctic Circle
Extraordinary Images Of The Costa Concordia Cruise Ship By Jonathan Danko Kielkowski
20 Places Where Nature Went Crazy With Colour
Russian Photographer Captured Wonderful Photos While Visiting The Extraordinary Socotra Island
Amazing Aerial Highlights From The 2015 Nat Geo Traveler Photo Contest
A McDonald's in New Zealand Lets Diners Eat Inside a Decommissioned Airplane
So You Can Now Buy a Crochet Penis Blanket…
Lad Drops Everything To Travel The World, Assures Mother He's Safe With 'Mom, I'm Fine' Sign
Around The World With David Bou
This Adventurous Couple Who Are Paid To Explore The World Will Give You A Serious Case Of Wanderlust
Invasion of the Vine that Ate the South
Google Self-Driving Cars
The Story Of David Glasheen, A Real Life Robinson Crusoe
Ready to Move In? Mystery ‘Furnished Apartment' Found In Berlin Subway
earth, google, island, new caledonia, penis

Brazil's Christ The Redeemer Statue Lit With Flags Of Countries Affected By Coronavirus
'Game Of Thrones' Hide 6 Iron Thrones Around The World And Lead People On An Epic Scavenger Hunt
German Artist Turns Google Earth Pictures Into Amazing Photographs
The Breaking Bad-Themed Coffee Shop Has Just Opened In Istanbul
Young Garbage Pickers in India
Terrifying Photos From Streets Of China Covered With A Deadly Fog
Buddhist Novices Transform Into Princes In Initiation Ceremony
"Earth’s Wonders Like You’ve Never Seen Them Before": These Angled Satellite Images Are Like Aerial Photos From 280 Miles Up
This Residential Complex Is Fully Submerged In Natural Sea Of Green
This Resort Is Offering You The Chance To Sleep Under The Stars And Over The Ocean For $400 A Night On A Net
2007 ‒ 2023 by Design You Trust. Proudly hosted by WebHostingBuzz.
Privacy Policy · Terms of Service · Content Removal Policy ❤️ 🇺🇦