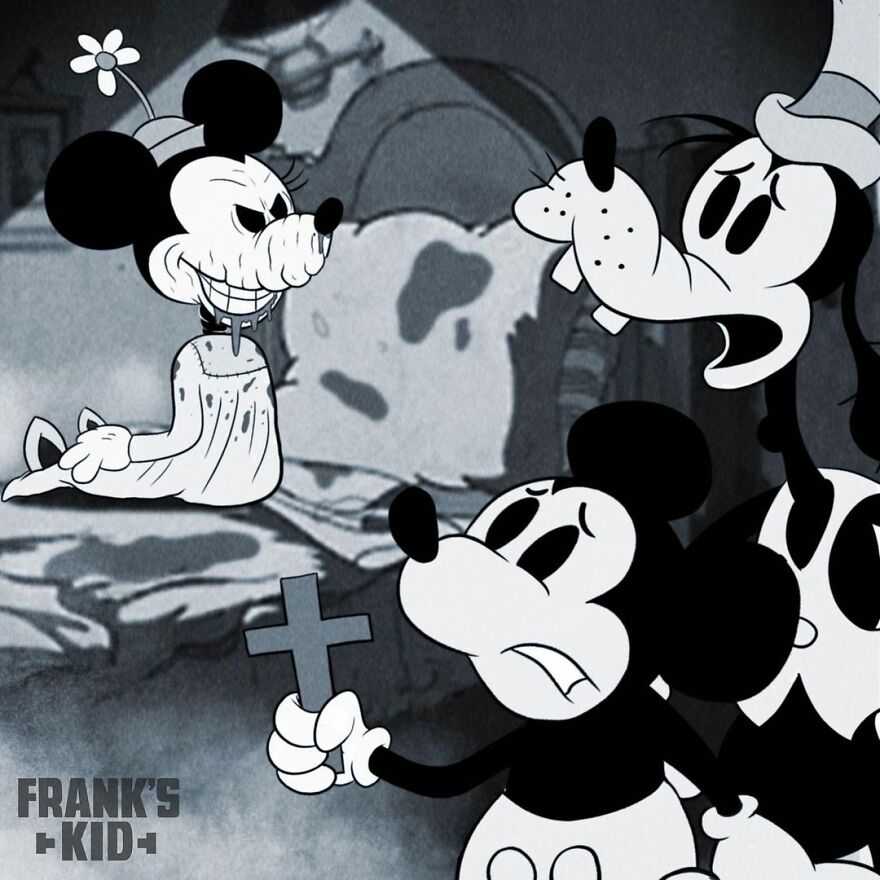 Whatever your age is, we all loved Disney growing up and feel pretty nostalgic about it, but when you look back at the cartoons from the past, there is something oddly creepy about them. 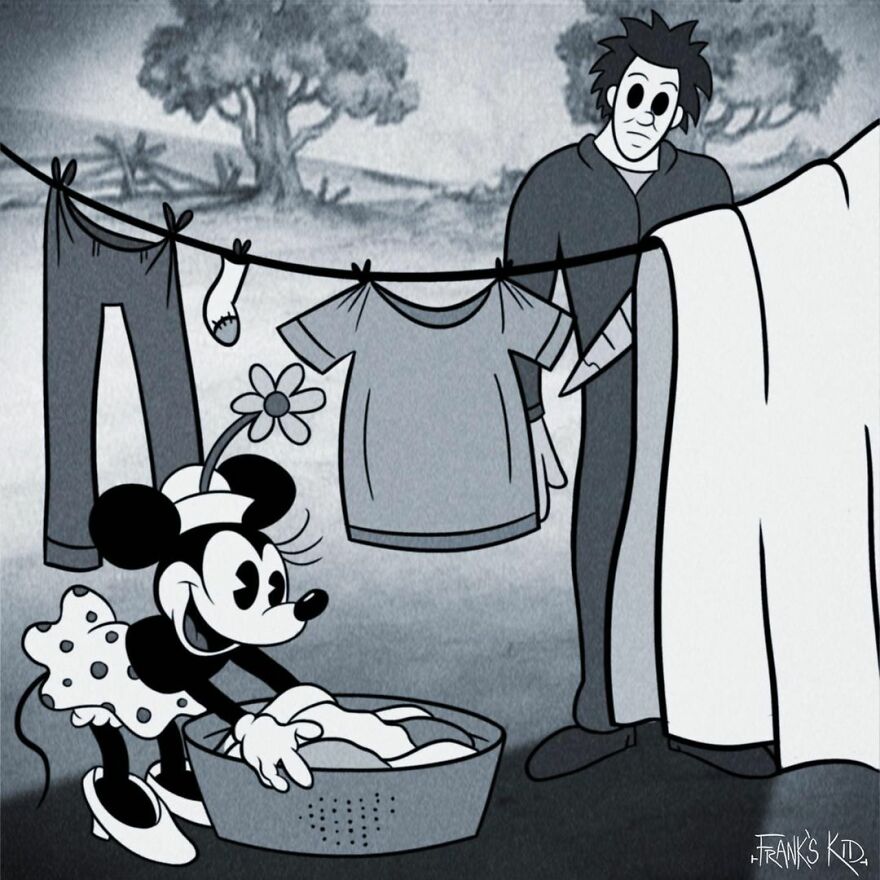 New York-based artist Mike Chiechi, who is known on social media as Frank’s Kid, has been a fan of monster movies, drawing, and cartoons from childhood and noticed that classic cartoons are not as innocent as they seem,so he decided to take them to the next level of spookiness by placing some of his favorite horror characters into them. 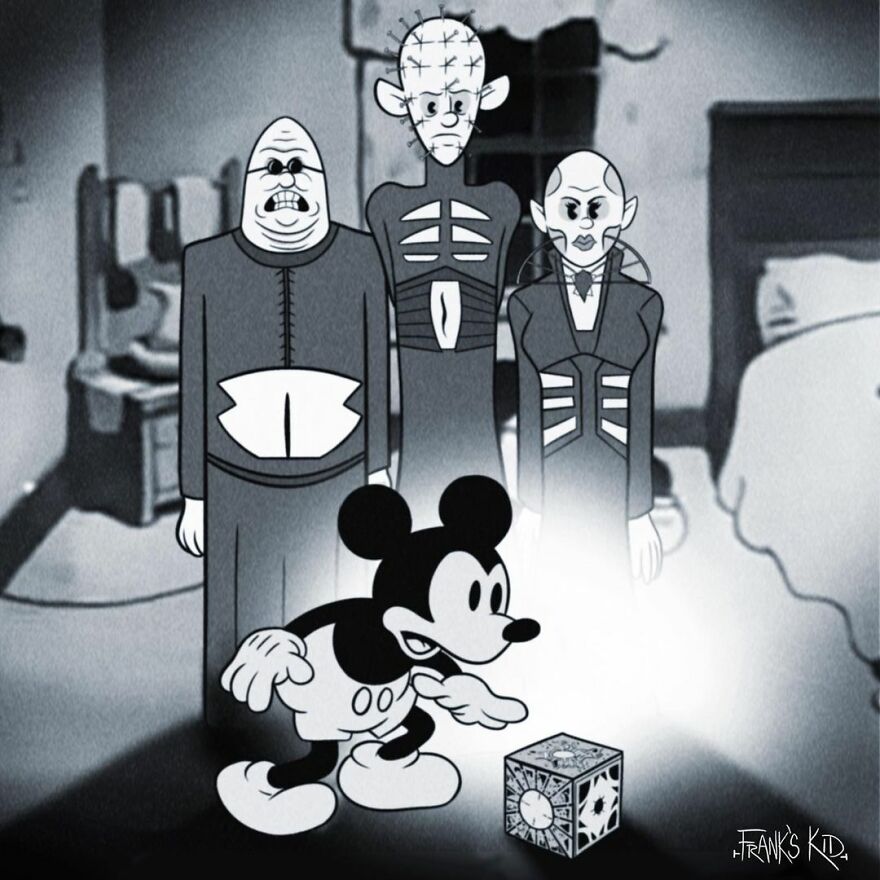 In his series of black and white gruesome illustrations, iconic characters who have been keeping us up at night such as Freddy Kruger, Leatherface, and Jason Voorhees play a special cameo in the 1930s Mickey Mouse cartoon, and, surprisingly, these pop-culture crossovers look like they could be a real thing. 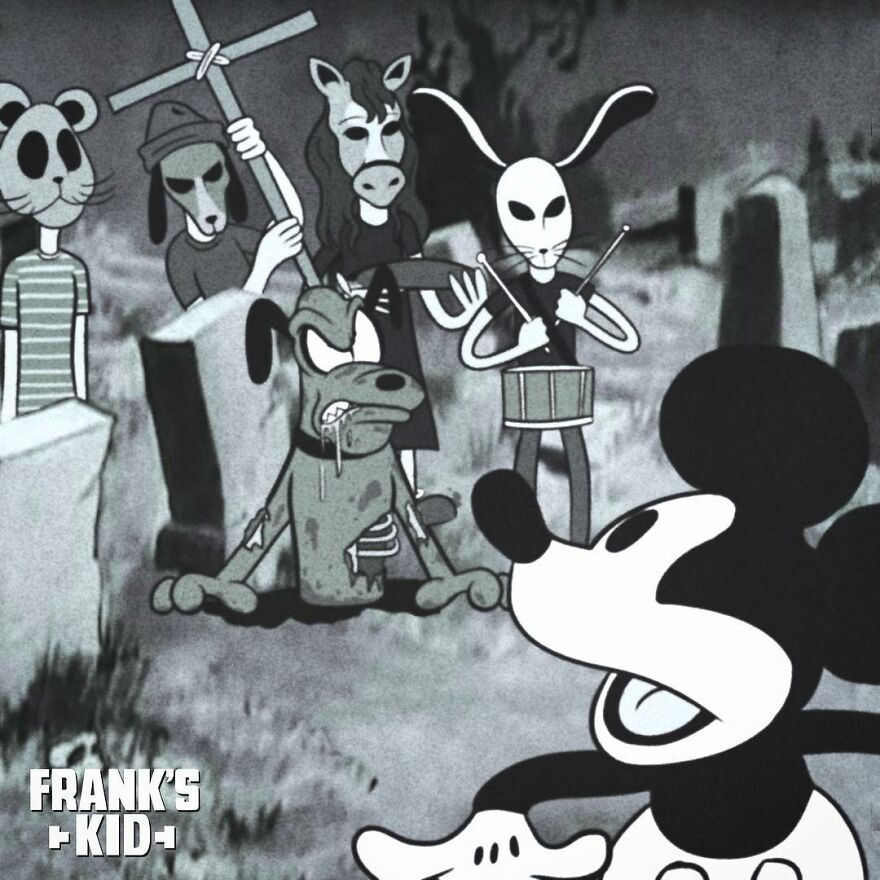 “Well, I just remember watching the old Disney cartoons when I was a kid, and finding them to be pretty spooky. Even when it was completely unintentional! Now, as an animator and a lover of horror, I figured it was only natural to mix them with my favorite horror icons! To me, they really don’t seem THAT out of place next to Mickey and Minnie!” Chiechi told Bored Panda. 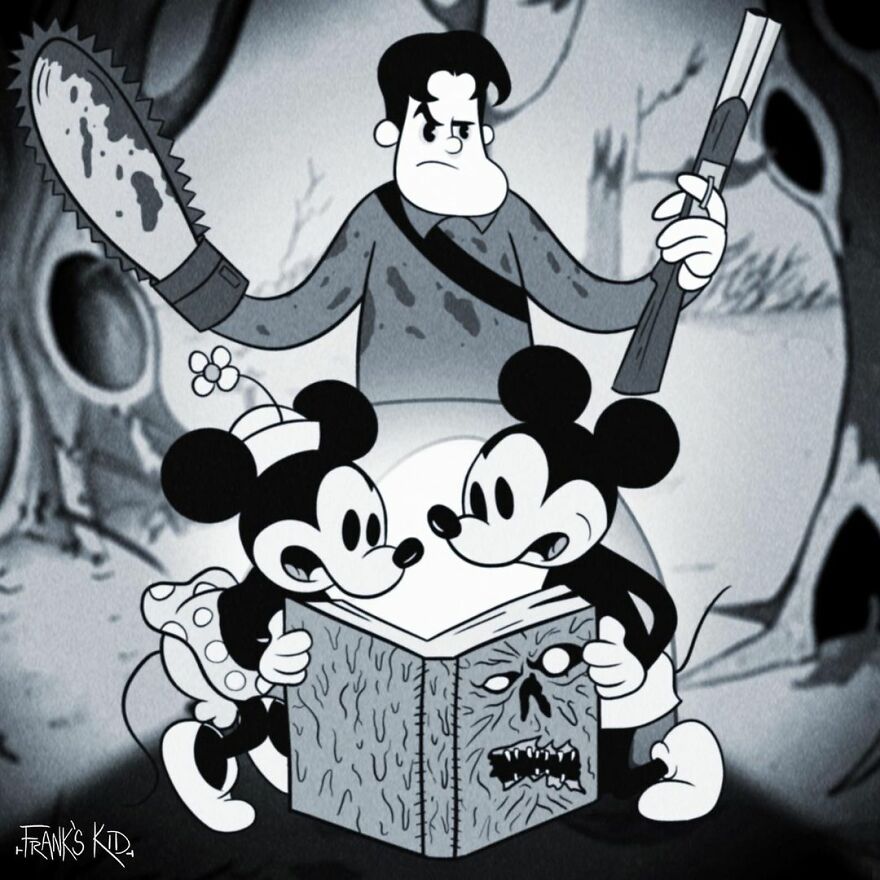 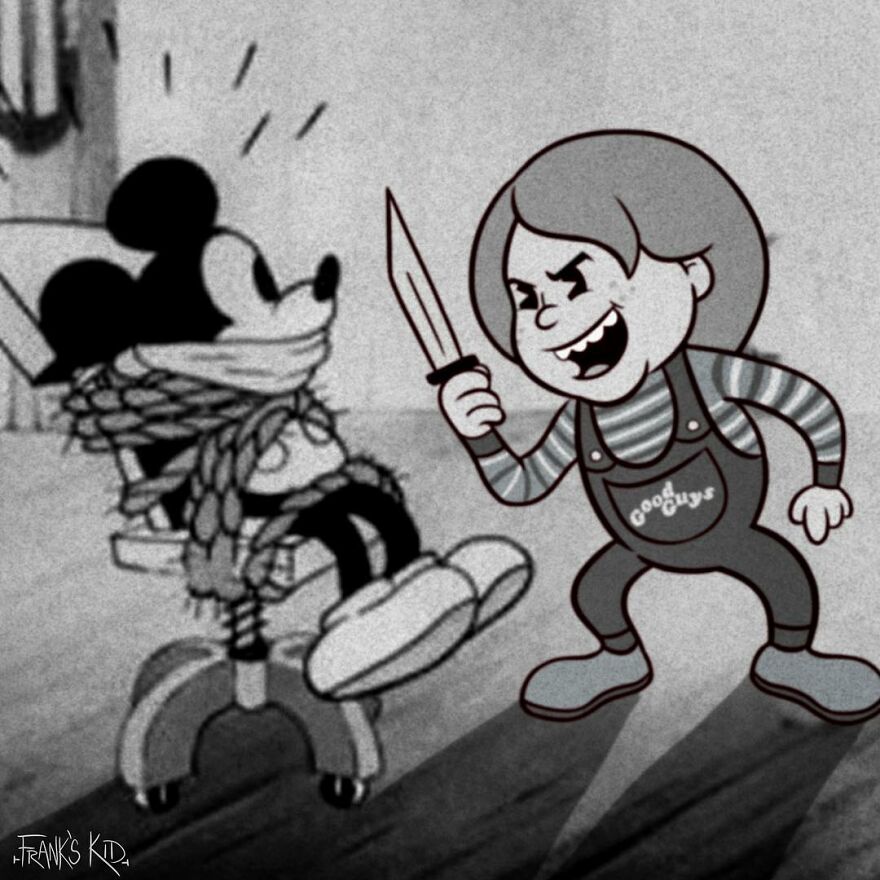 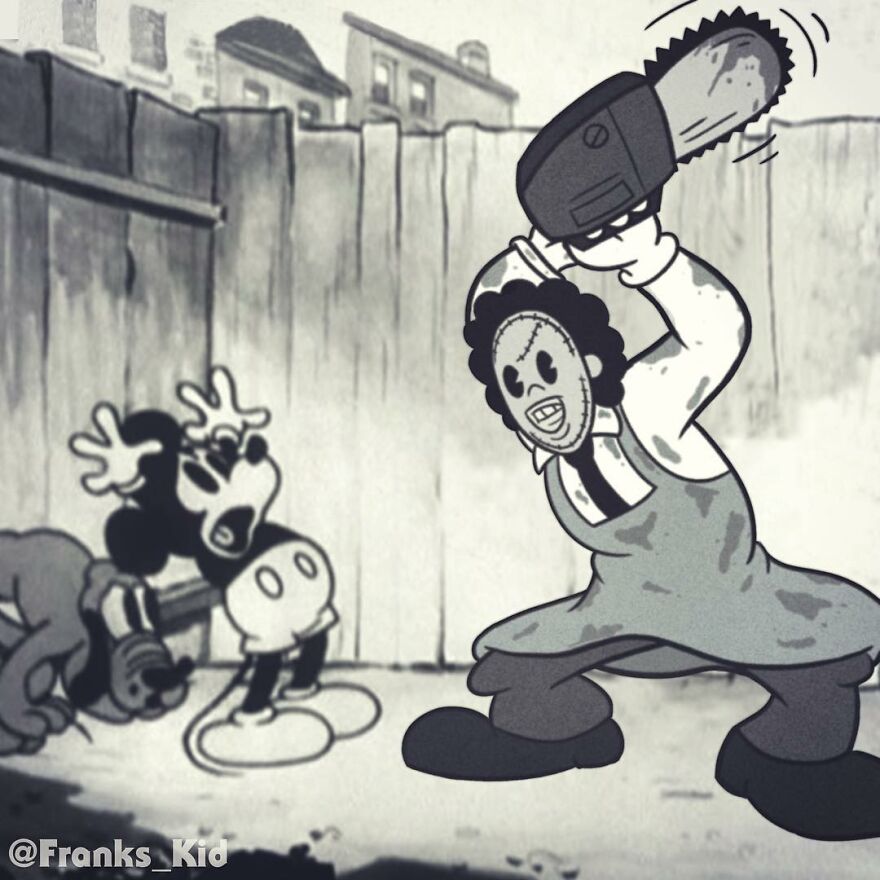 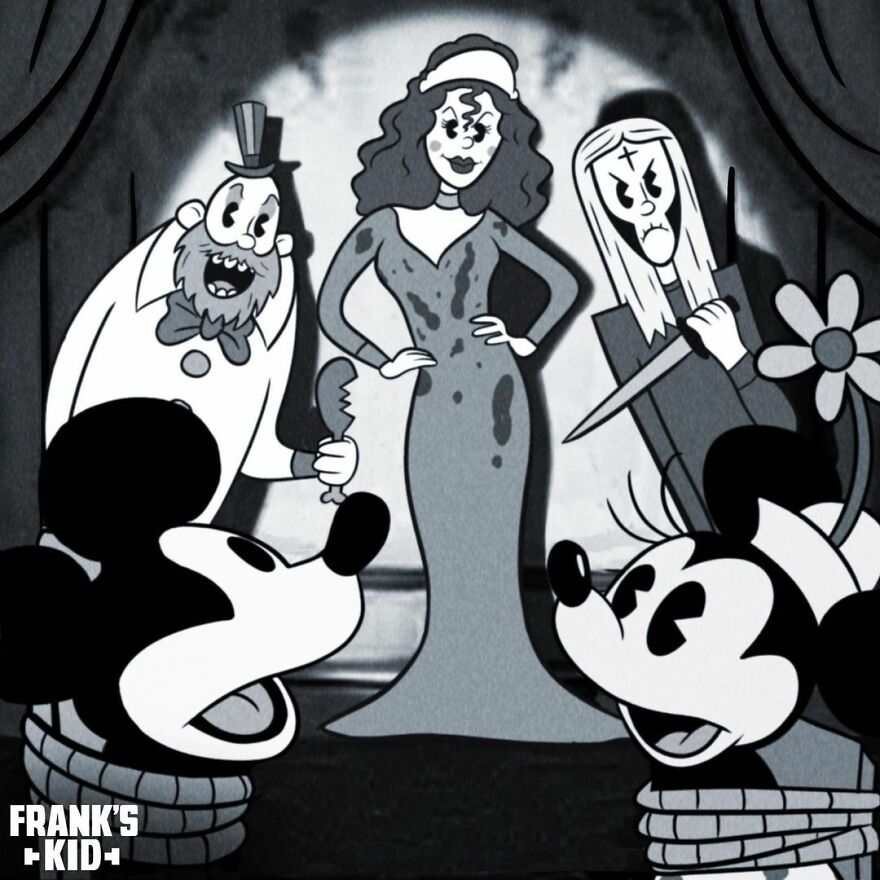 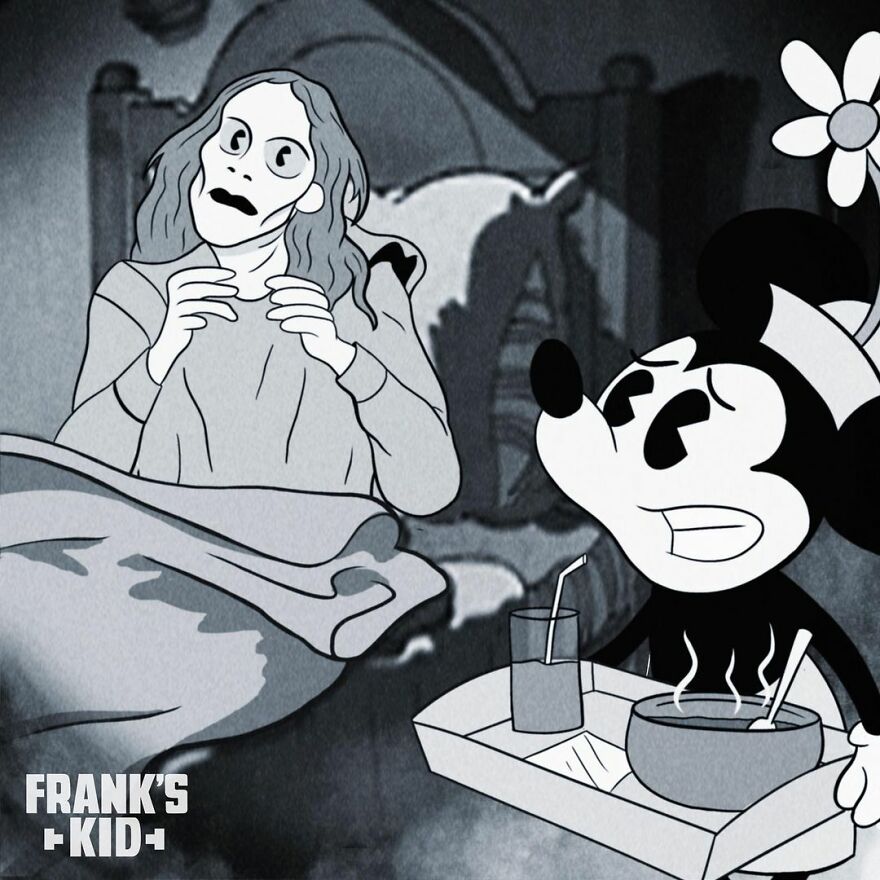 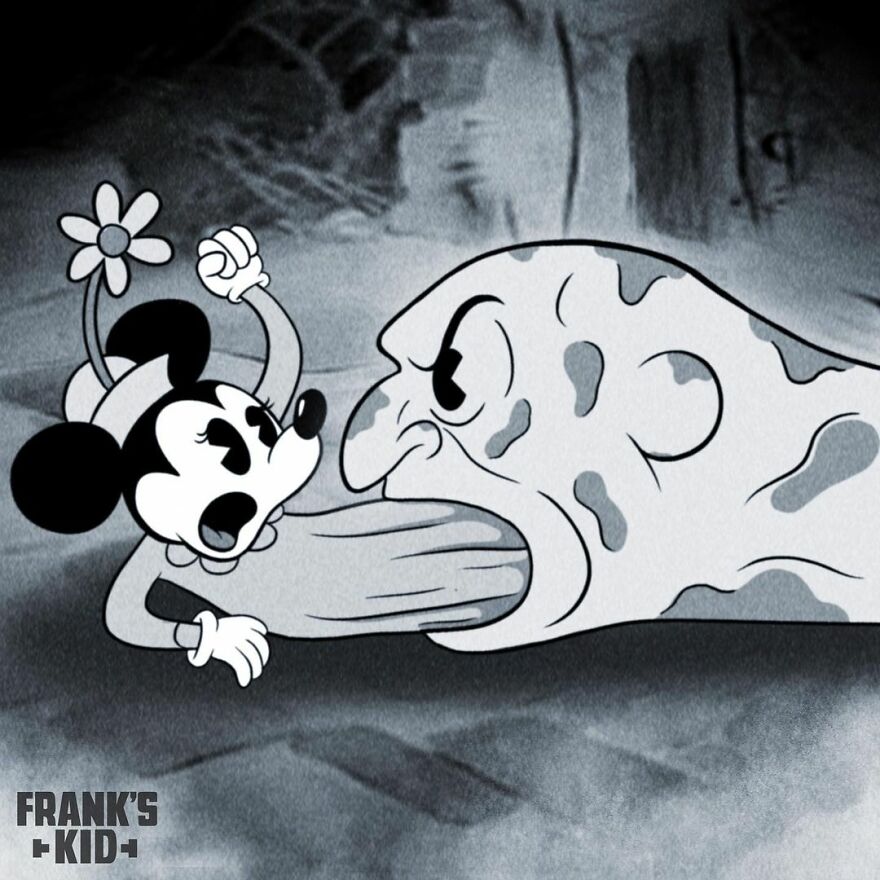 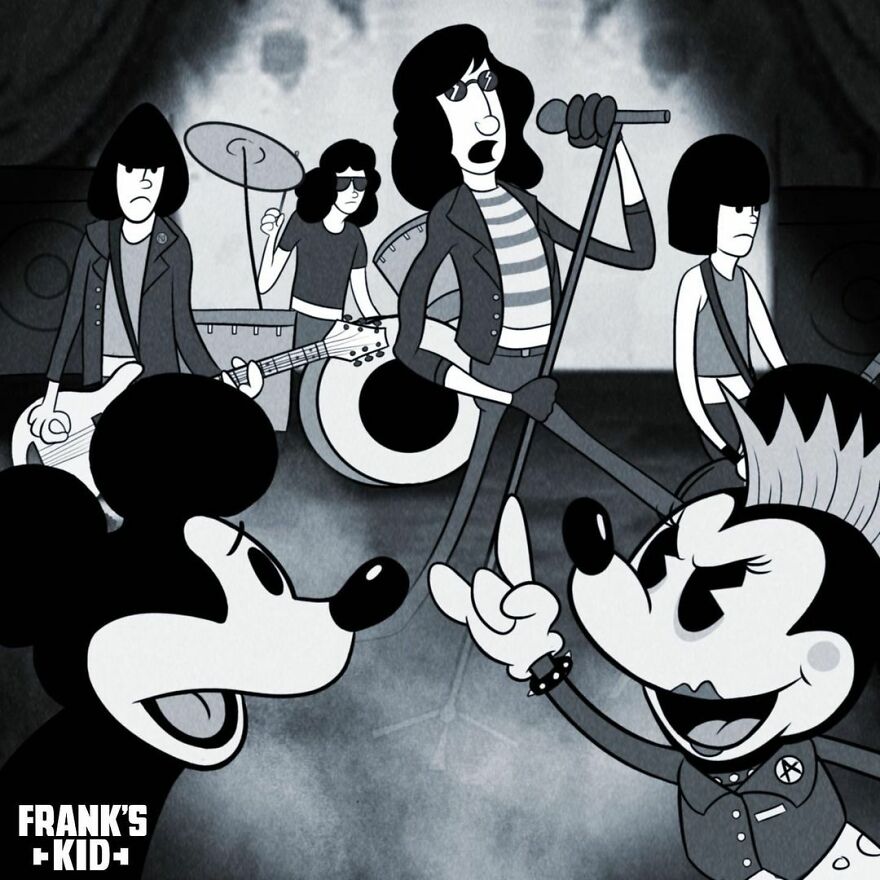 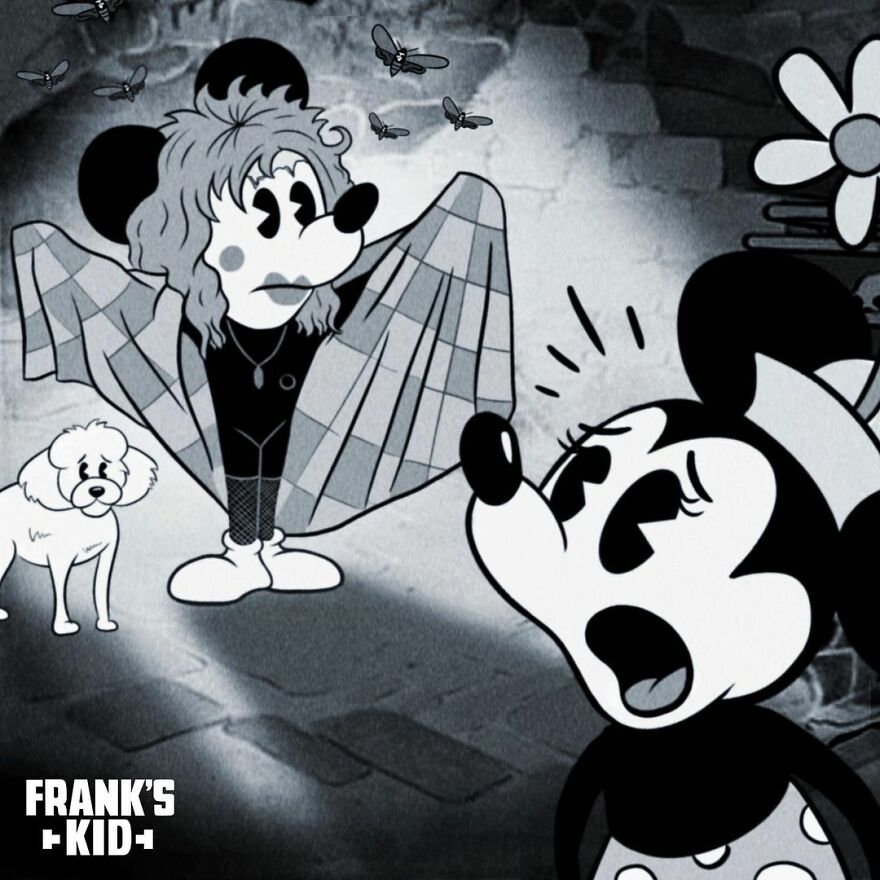 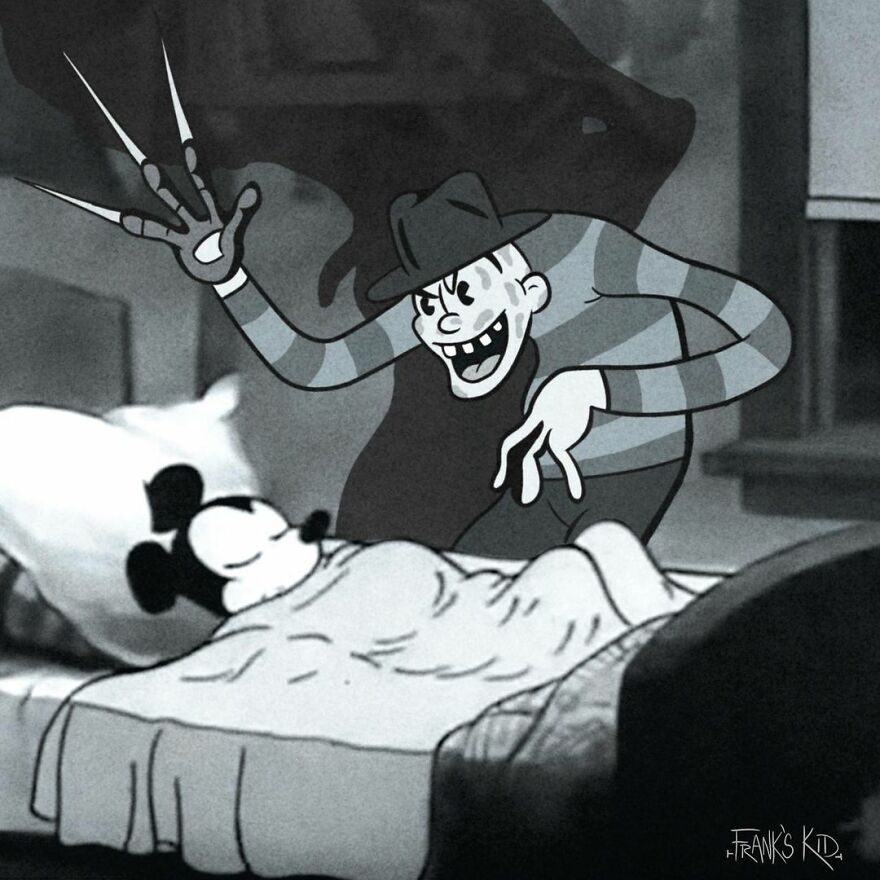 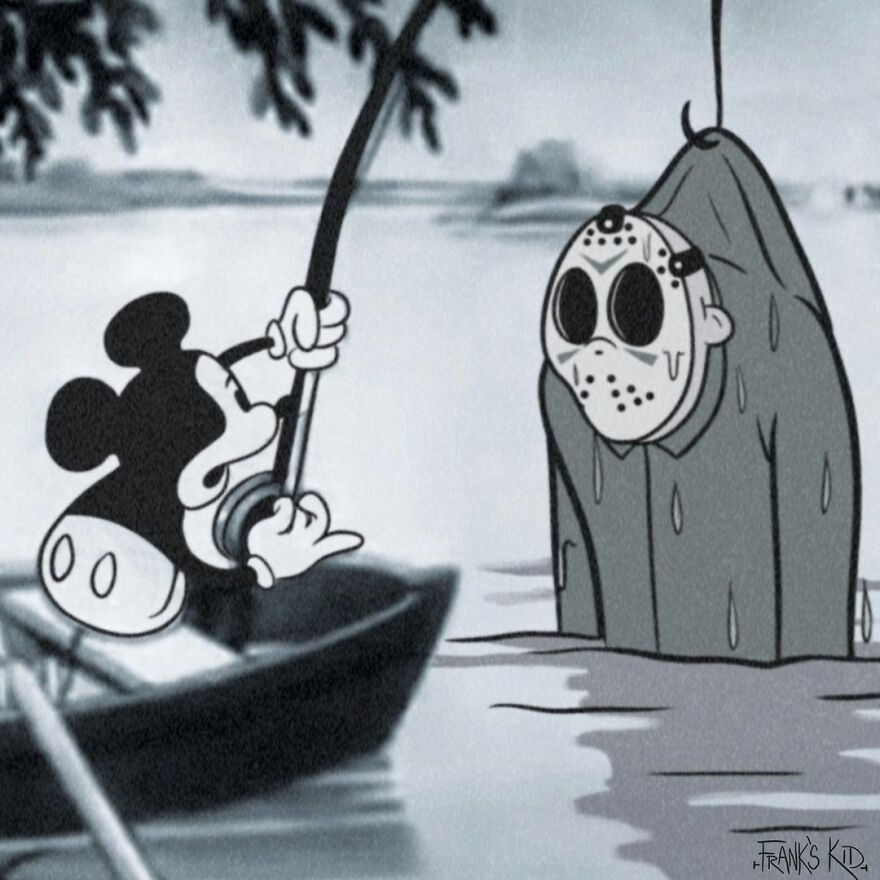 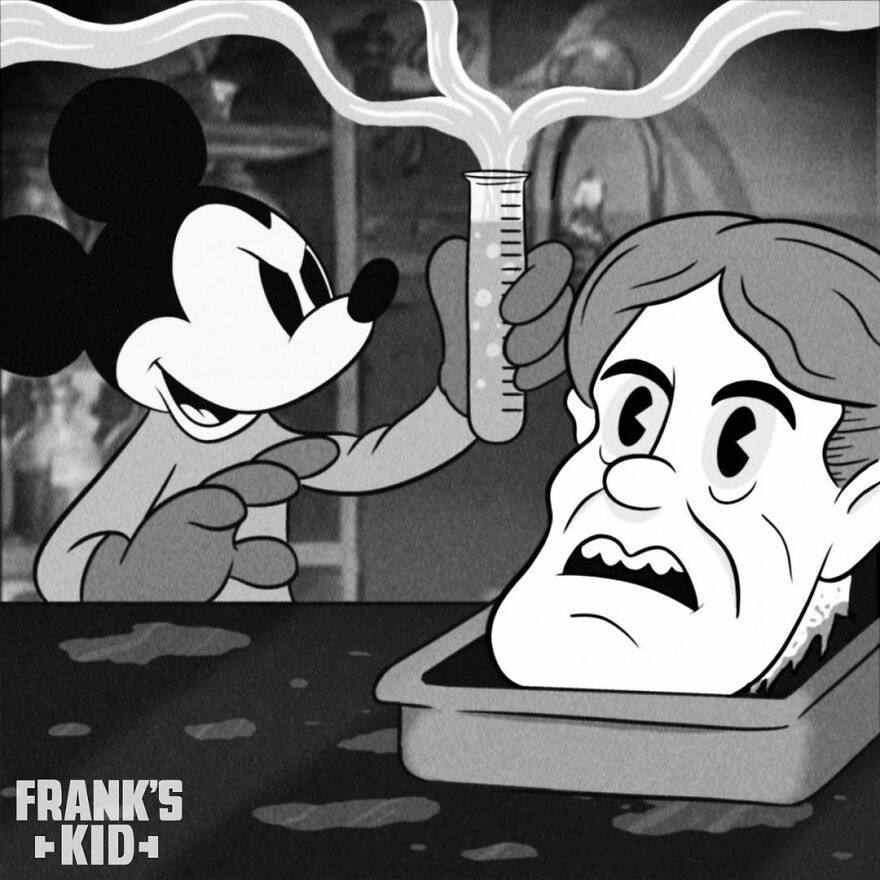