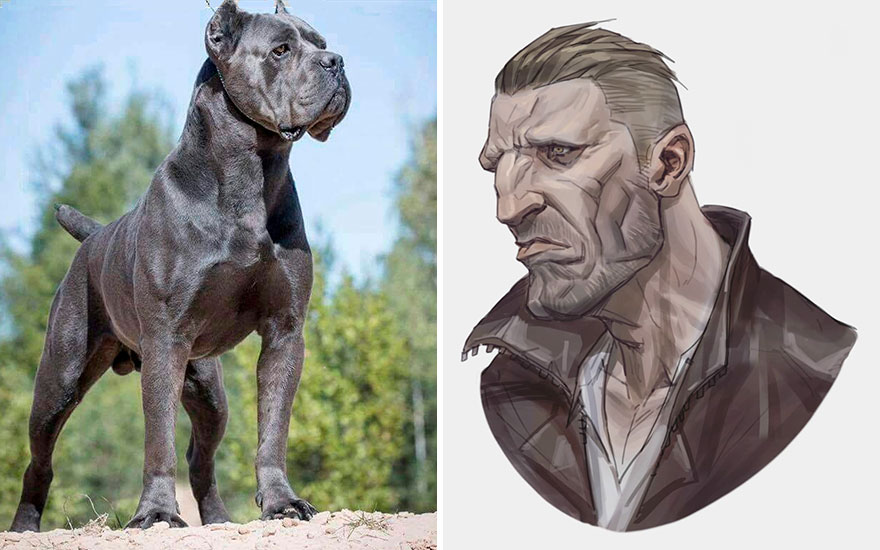 Animals and animation have much more in common than just the Latin root “anima.” All animals have unique-looking features, just like the characters of anime or any other kind of animation. Naturally, one starts to wonder what the animals would look like if they were transformed into characters from animation. A Korean artist named Nitro, who goes by the alias of byeongju.a on Instagram, satisfies this curiosity by merging the two together and showing interesting results. 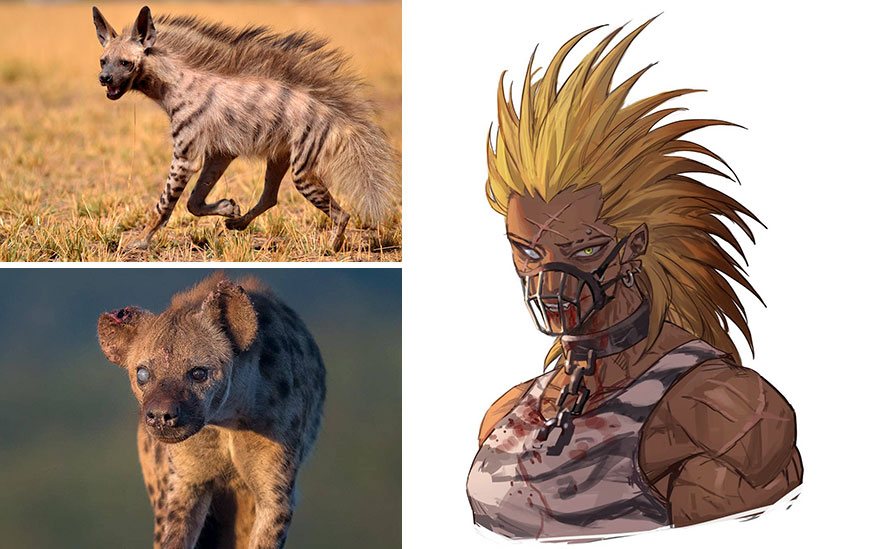 Nitro recently did a series of illustrations that try to depict domestic and wild animals like big cats, dogs, birds, and others as original characters you’d expect to see in animation. It’s not hard to imagine that the hardest part of it is to transform it into a new style while keeping the unique characteristics intact. Whether he succeeded or not, we leave it for you to judge, but in our eyes, he did a fantastic job. 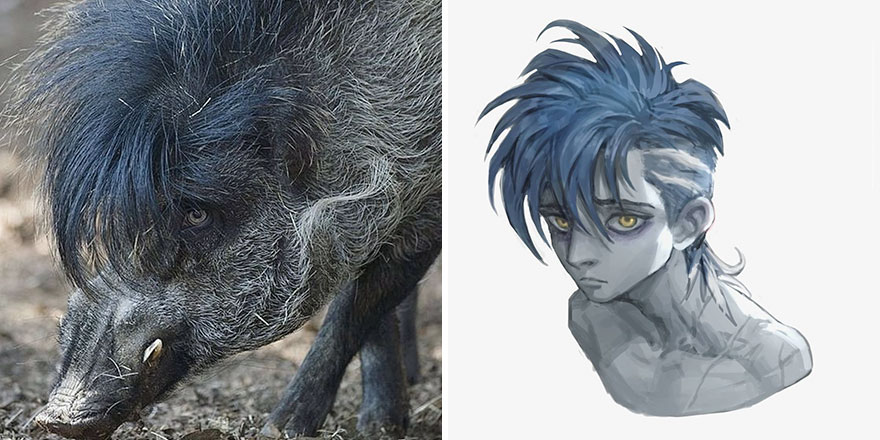 If they were part of real anime series, where would they fit in? Or, perhaps, one would create a new anime series that has all of them in it? In any case, the characters are very enticing, and there’s a good reason why it’s so: the artist is a master of creating unique characters out of thin air. Don’t believe it? Check out the artist’s Instagram and see for yourselves. 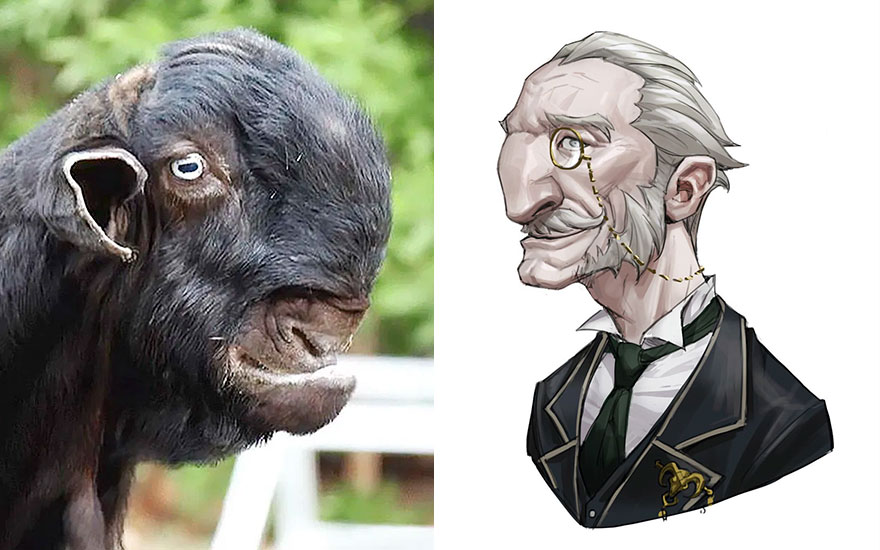 There’s an unexpected benefit to Nitro’s work that we don’t think he considered. His OCs (original characters) raise awareness about certain wildlife species that have become endangered. For example, black leopards are quickly losing their territory, and northern bald ibises, which are native to Syria, have vanished from the wild due to hunting and habitat degradation. Cheetahs, East African lions, Damascus goats, macaroni penguins, and crested black macaques, among other species found in this post, are also endangered, some of them even critically. 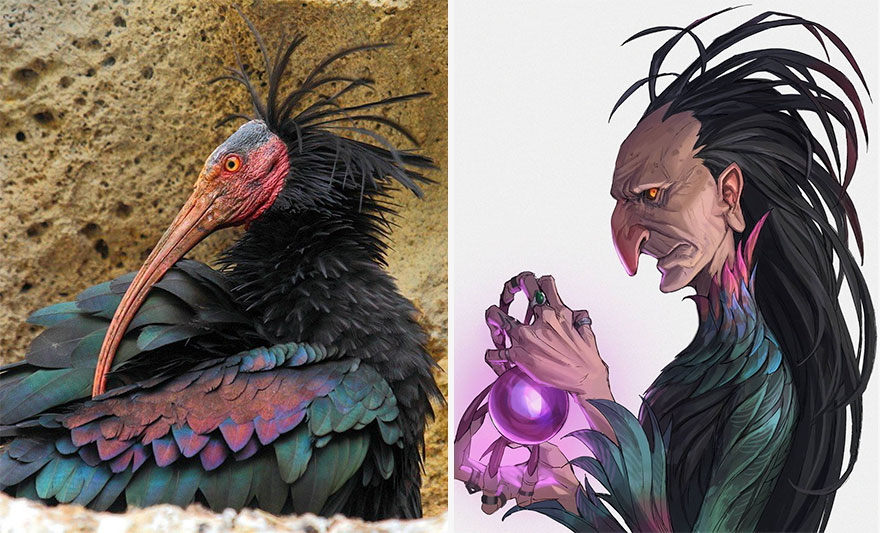 Though Japanese-styled animation (anime) and classical Western animation have a lot in common, there are some key differences as well. For one, classical Western animation focuses more on character motion, while anime gives more attention to character and background design. The Western type of animation came into prominence a little bit earlier in the beginning of the 20th century with the cartoons of Walt Disney being the most notable. The Japanese-style animation was born around 1960 through the creative efforts of Osamu Tezuka. The most common way that people differentiate between these styles is by the way the eyes are drawn. 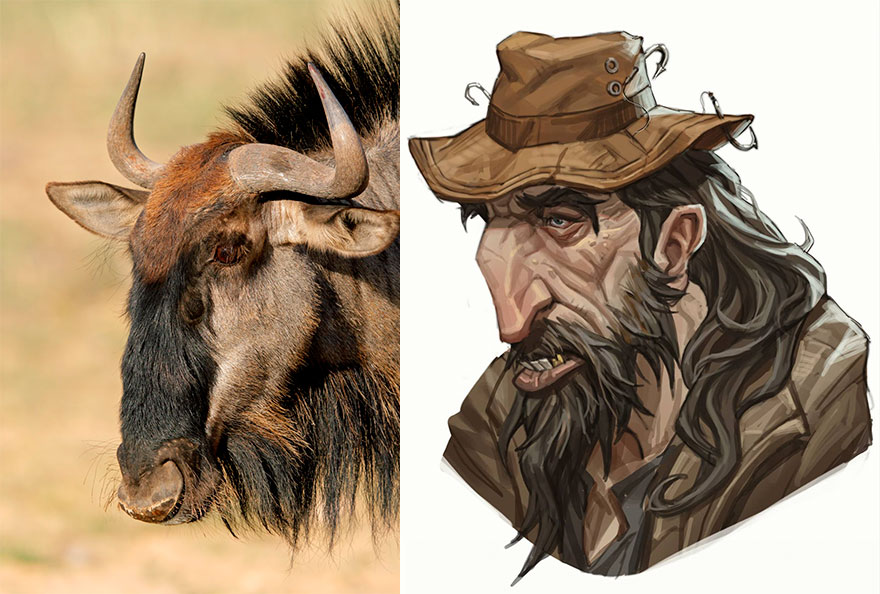 Anime is enjoyed throughout the world and isn’t just a locally-known phenomenon like it once was. In the West, the greatest surge of popularity was in the late 1990s, when Sailor Moon, Gundam Wing, Evangelion, Dragon Ball Z, Rurouni Kenshin, and other world-renowned series hit the TVs of Western audiences. Even though it was very popular, it still wasn’t considered a mainstream thing, and was compartmentalized under “geek” culture. But as geek culture became a part of mainstream after The Big Bang Theory became popular, watching anime became a widely accepted pastime. 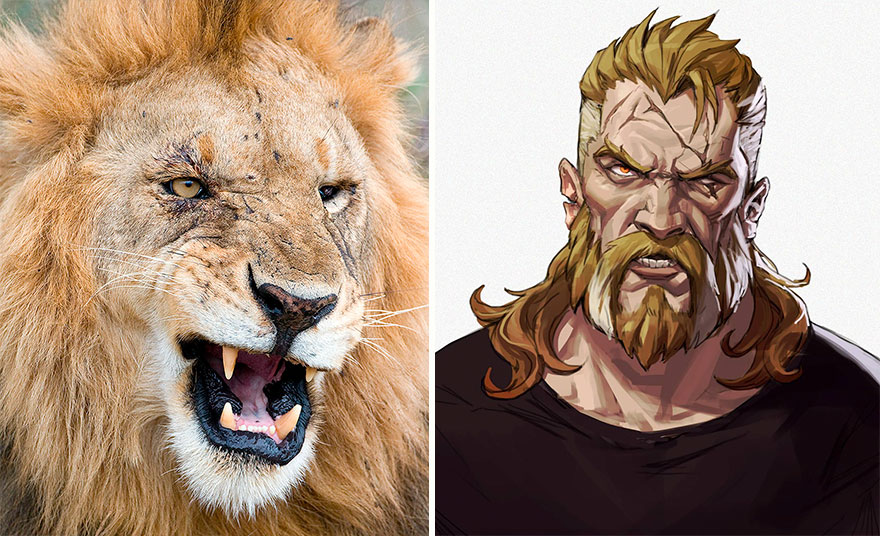 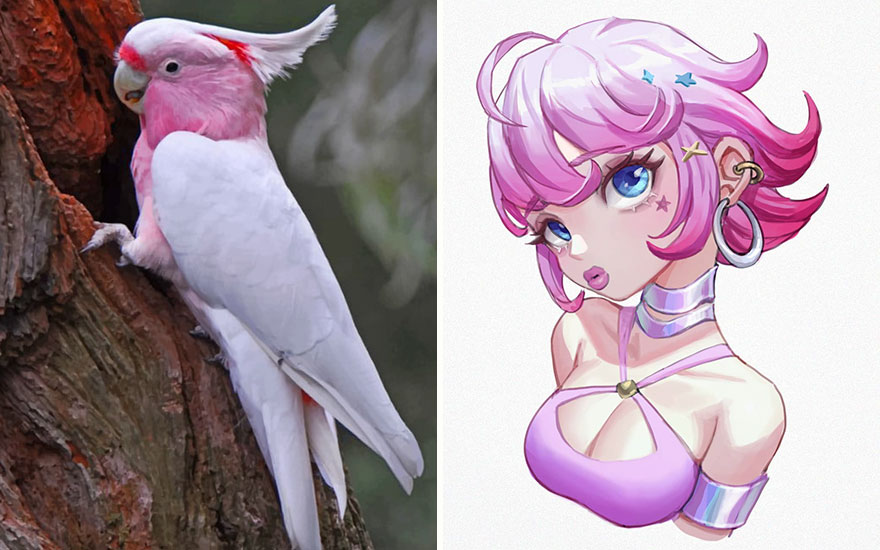 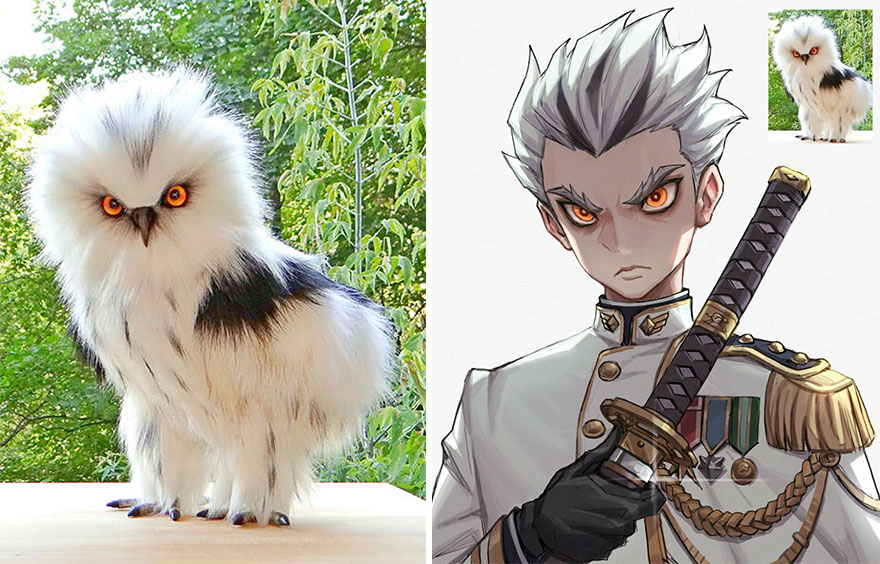 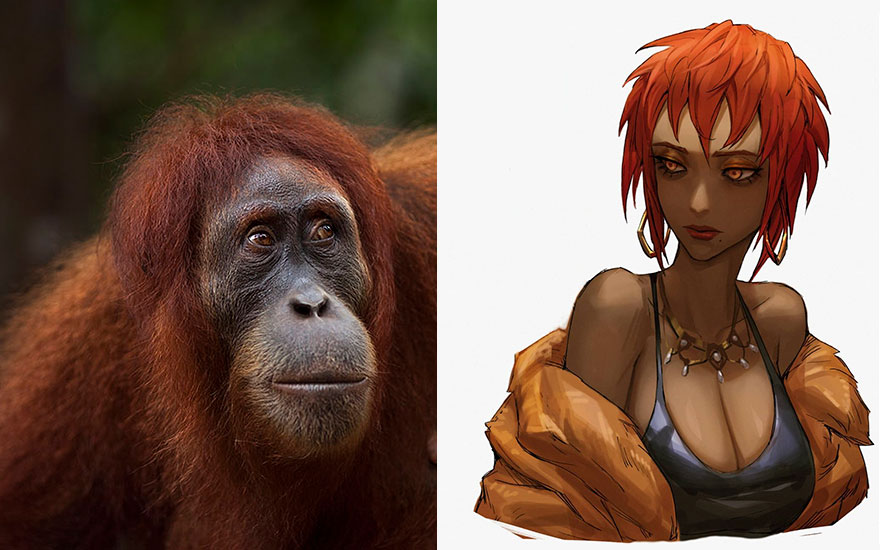 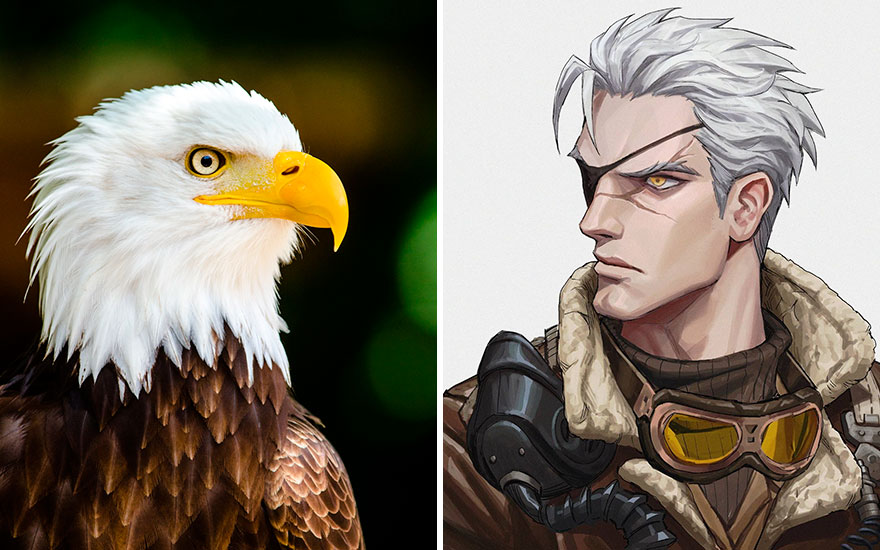 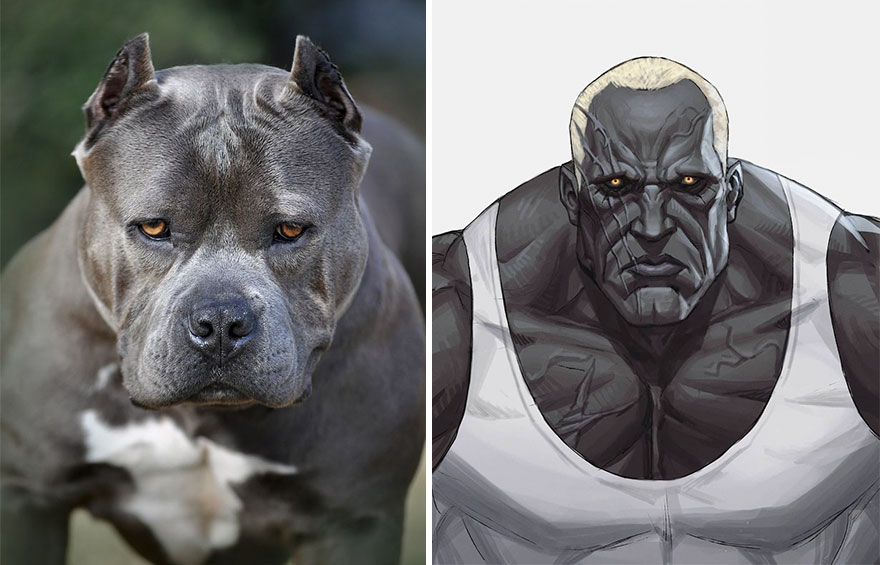 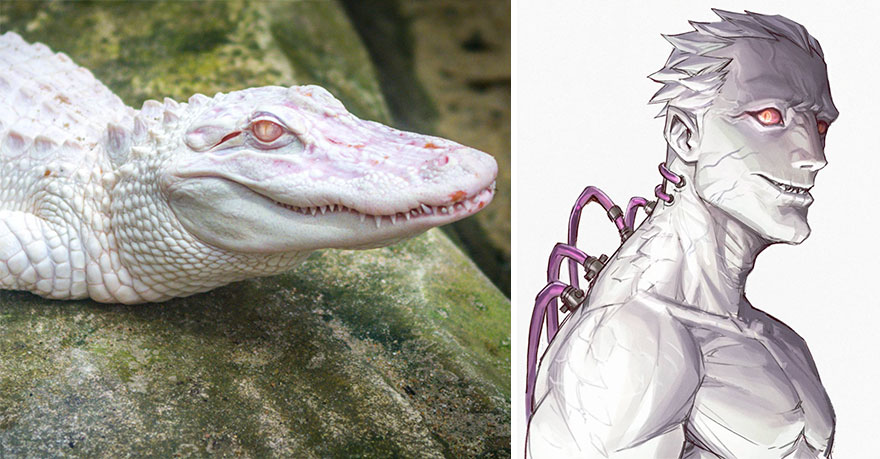 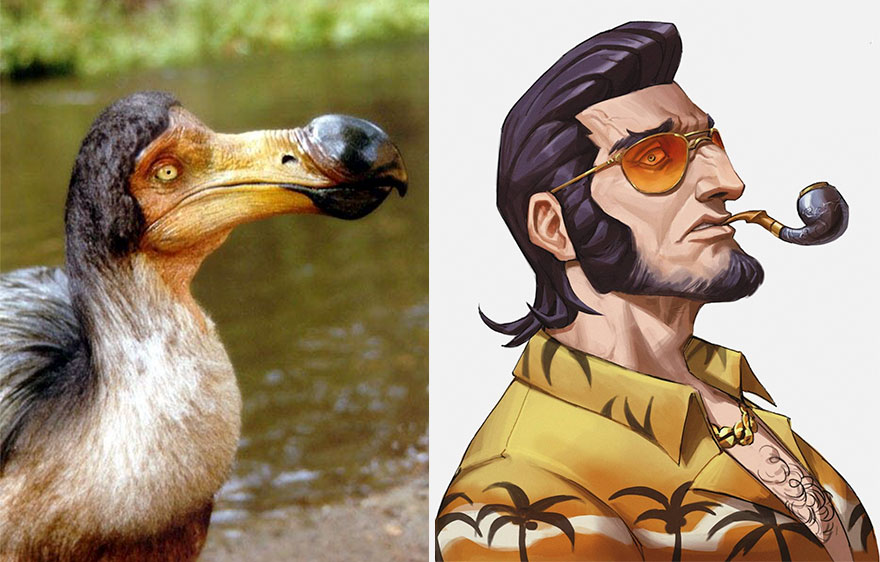 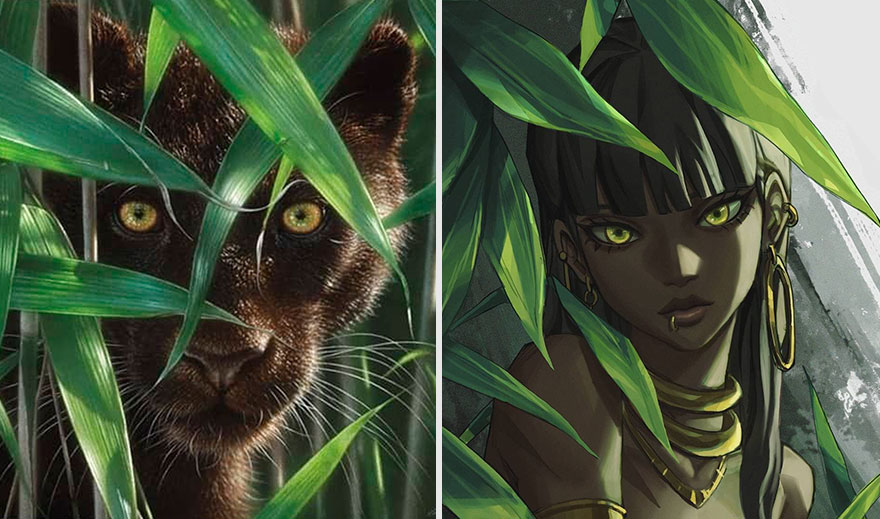 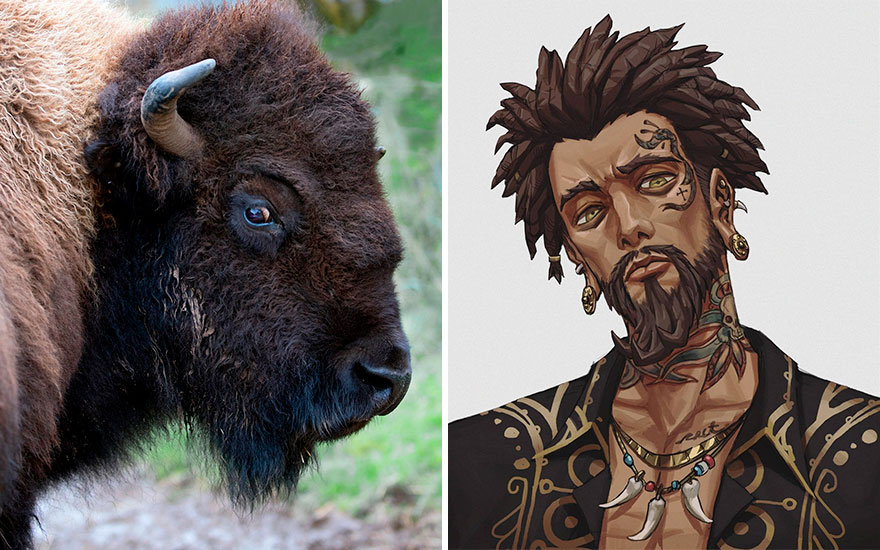 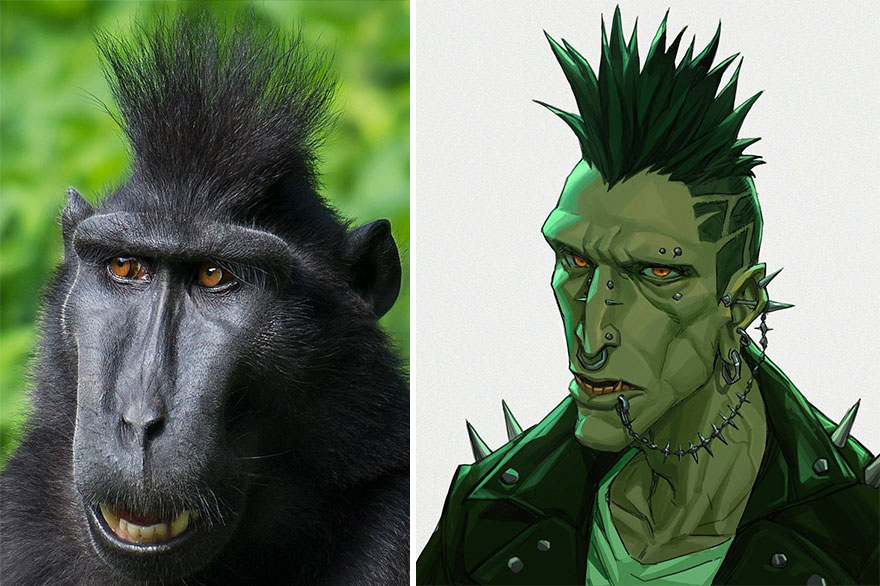 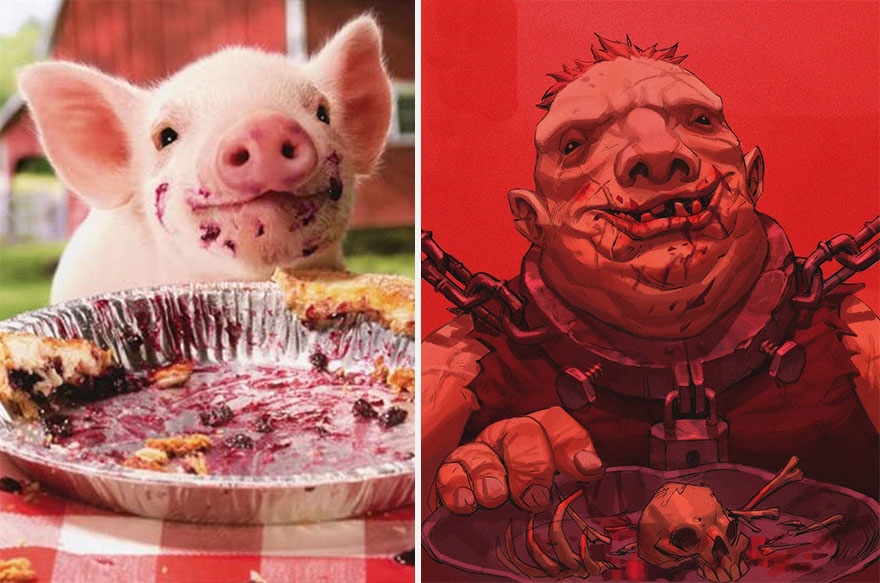 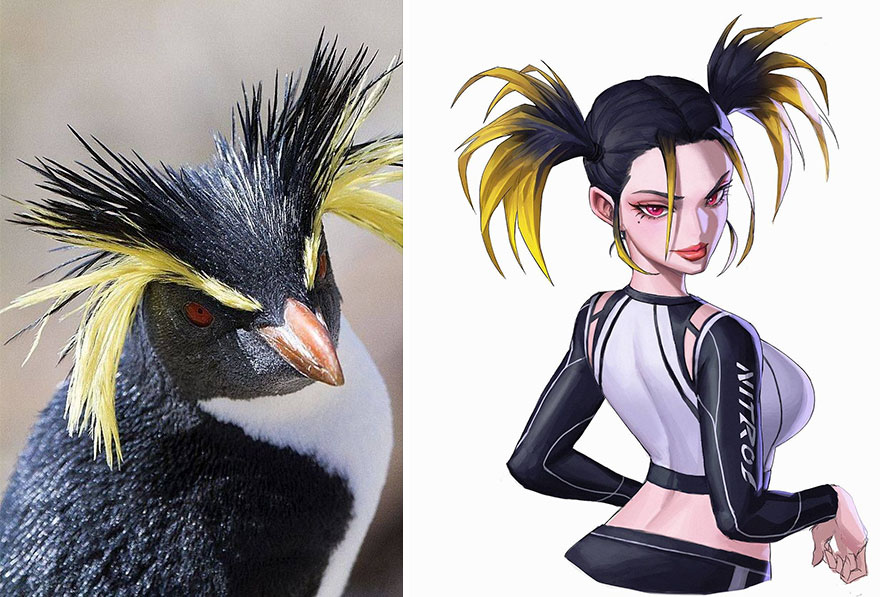 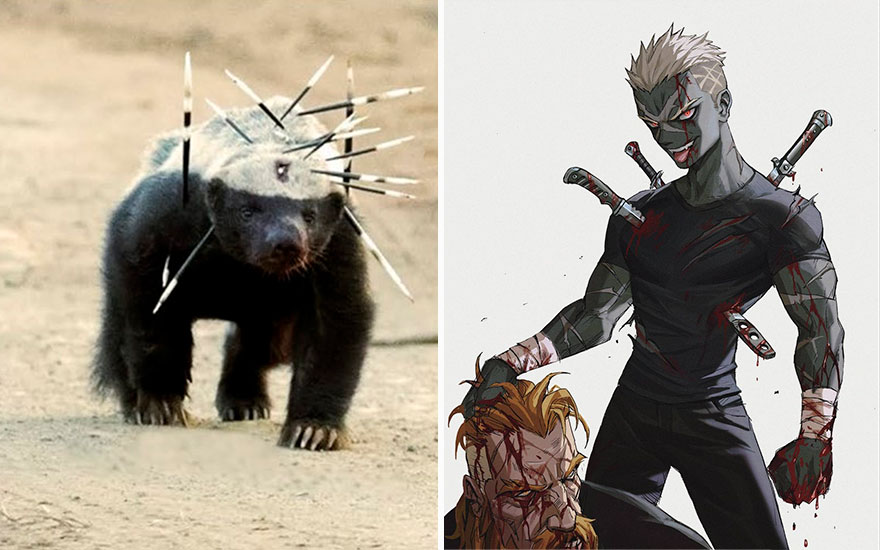 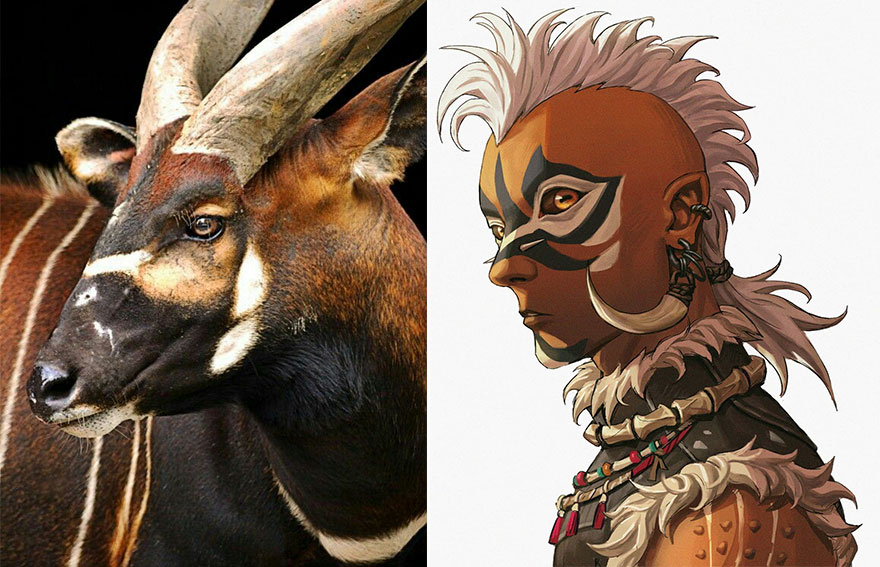 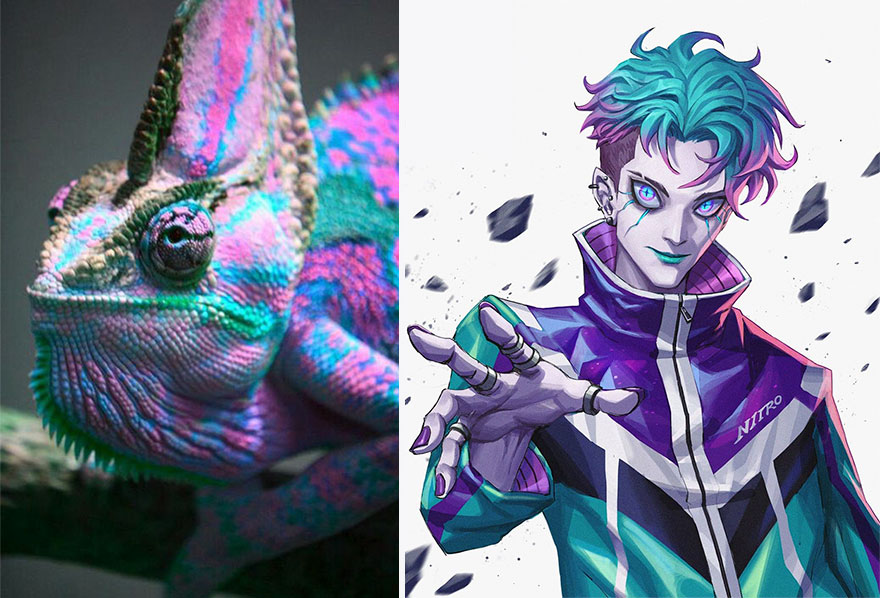 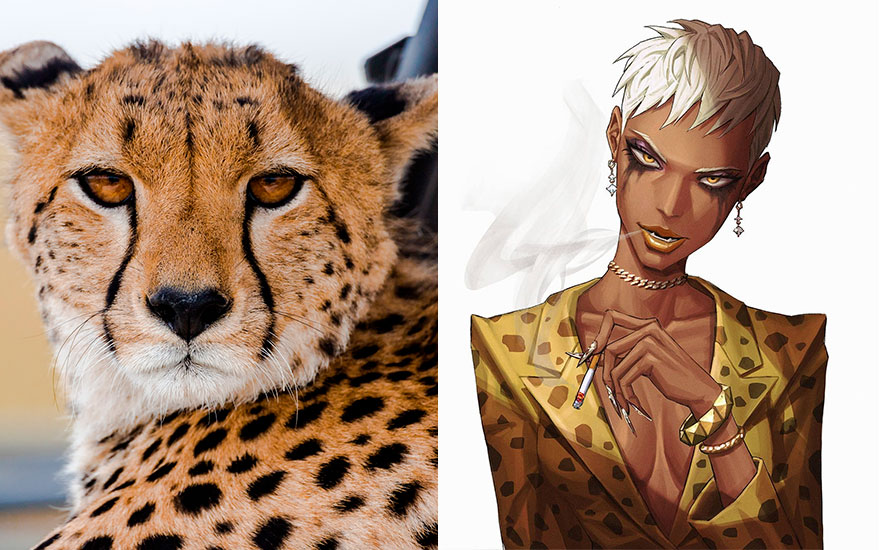 Artist Creates Paper Cutting Illustrations Of Wild Animals To Raise Awareness About Them
Digital Mapping Artists Transform A Montreal Cathedral Into Heaven's Wonderland
Introducing Michael Najjar, The First Artist In Space
The High Intelligence Office's Meaningful Posters and Truthful Tees
Artist Imagines How Disney Characters Would Look As Oil Paintings, And You’ll Want To Hang Them In Your Room
30 Artists’ Tributes To The Iconic Notre-Dame Cathedral
The Siberian Beauty: Artist Use Makeup To Transform Herself Into Live Paint
Chinese Artist Creates These Sensual and Aesthetic Illustrations
A Street Artist Painted Underpants On Rocks To Criticize Nudity Censorship
Tommy Washbush's Alternate Humor Illustrations Perfectly Describe The Absurd World We Live In
Obvious Signs Humanity Is Regressing
Artist Uses Right Hand to Turn Her Left hand Into Optical Illusions
The Jaw-Dropping 3D Street Art Pieces By Odeith
Artist Takes A Critical Look At Modern Society And Calls Attention To Problems In Today’s World With His Thought-Provoking Illustrations
Korean Artist Illustrates The Daily Life Of A Loving Couple In An Intimate Way
The Secret Life Of A Savior: Jesus Acting Like A Total Jerk
5 Must Seen Yoga Poses
Vintage Snapshots Capture People Wearing Sleazy T-Shirts With Profane Slogans In The 1970s
"Eaters Of The Dead": The Outstanding, Totally Creepy And Nightmarish Pagan Artworks By Yuri Hill
What The Bloody Hell Is A … ?: Brilliant Guide To Animals
This Artist Draws 100 Grumpy Animals
Los Angeles Based Artist Drops Words of Wisdom Across the Walls of Melbourne, Australia
"Stolen": Artist Channels Grief Into Unfinished Portraits Where 1 Year of Life = 1 Minute Of Color
Creepy and Naughty: The Scary Hotties by The Tragic Girls
animals, anime, korea, transform

The Brutal but Friendly Munchkins of Artist Claudio Fontanesi
Trolling Items at the Popular Furniture Store
Sarcastic ‘Texts From Your Existentialist’ That Might Make You Laugh, Then Cry
This Artist Blends Human Bodies And Animal Faces Together
A-Z As Game Of Thrones Characters By Kerry Bell Is The Most Creative Thing You’ll See Today
Japanese Modeler Shows a Clever 100-Yen Store Trick to Turn Your Figures Into Frozen Prisoners and Warriors
These Korean Bubble Face Masks Can Get Hilariously Out Of Control
Hilarious Photo Manipulations With Movie Scenes Where Guns Were Replaced With A Thumbs-Up
Grieving For The Lost Childhood: The Creepiest Graffiti Of Pripyat
Uma Thurman for Campari Calendar 2014
2007 ‒ 2023 by Design You Trust. Proudly hosted by WebHostingBuzz.
Privacy Policy · Terms of Service · Content Removal Policy ❤️ 🇺🇦