Russian Artist Draw Interesting Pupils Of The Eyes, Here Are 11 Of Them

According to an artist Natalia Ordobaeva: “I really love to draw, for the first time I tried to draw the pupils of the eyes. I really liked the result, and I also got a lot of pleasure. Join in and take a look at my drawings. Under each picture, there is a detailed description, interesting and informative facts. Thank you for your attention.” 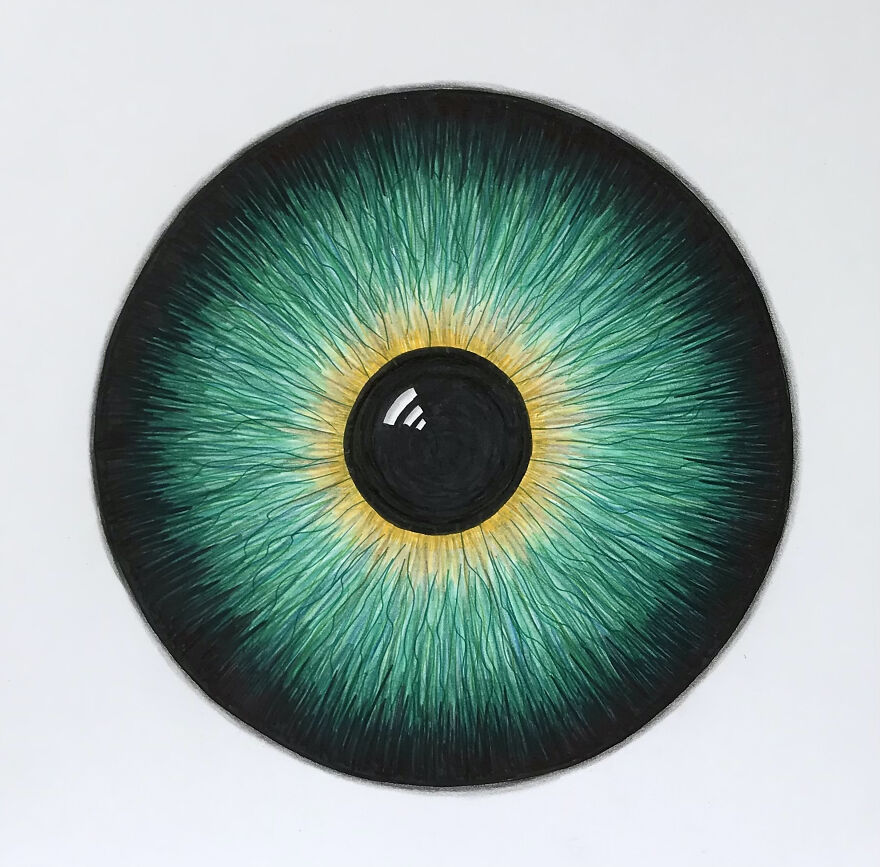 “I got such a precious pupil of the eye in the picture. It looks great and deserves special attention! I think there is at least one owner of emerald eyes on Earth. And this is apparently a lucky one, because such eyes are a gift from heaven. These are people who have such emerald eyes, kissed by God. Just beauty and chic. There are no words to describe all my feelings and emotions when I look at this drawing of an emerald pupil.” 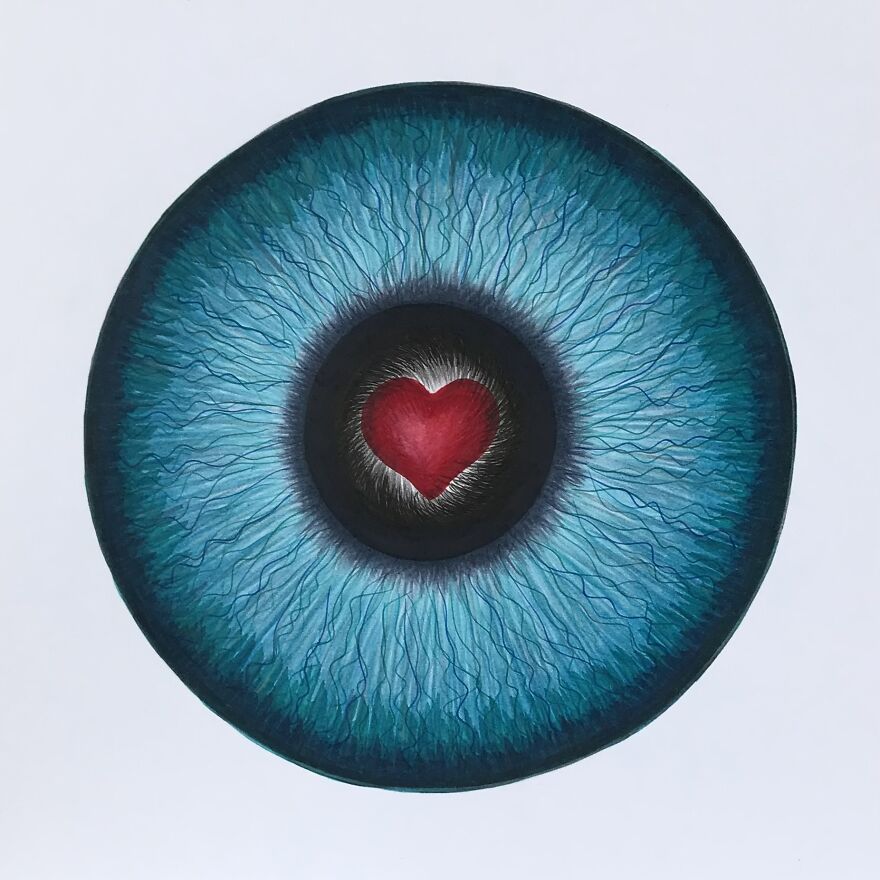 “The fantasy drawing was born in the process. A turquoise eye pupil that reflects a loving heart. I really want that every day in the world there are more people who have an open heart and a kind soul. This is about clairvoyant people, because indeed many people in the world have clairvoyance. Perhaps this is not with the eyes, but with the heart or inner vision, but this drawing reflects this theme, but in such a beautiful version. And as the Internet suggests, there are owners of turquoise eyes in the world, most likely less bright than in my drawing, but this is a fact.” 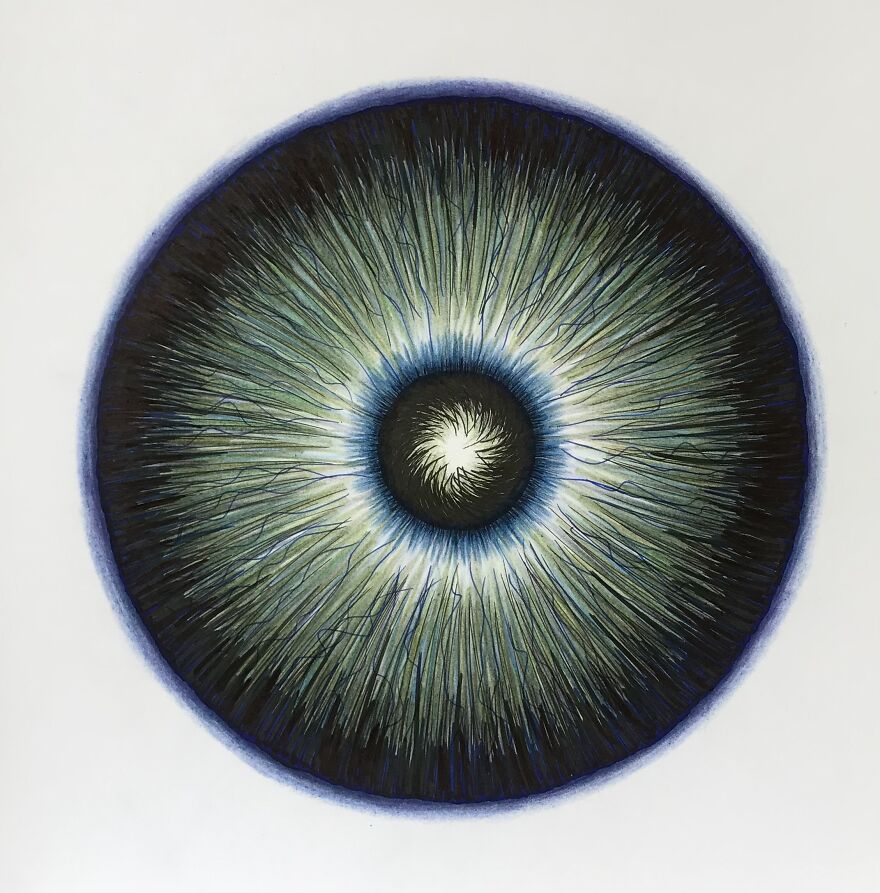 “They say the eyes are the window to the soul. The eyes reflect the entire depth of the person we are looking at. What are eyes? This is the best gift from God for us! We contemplate our World, its beauty and splendor. Words fail to describe the importance of our eyes. And how many meanings are attached to the eyes: This is the third eye, and clairvoyance, and a portal to other worlds, and a keen eye and many others … Let this drawing of my eye pupil help you see the best that can be among us, see the beauty of a dawn, a child, a flower and harmony in everything that surrounds us.” 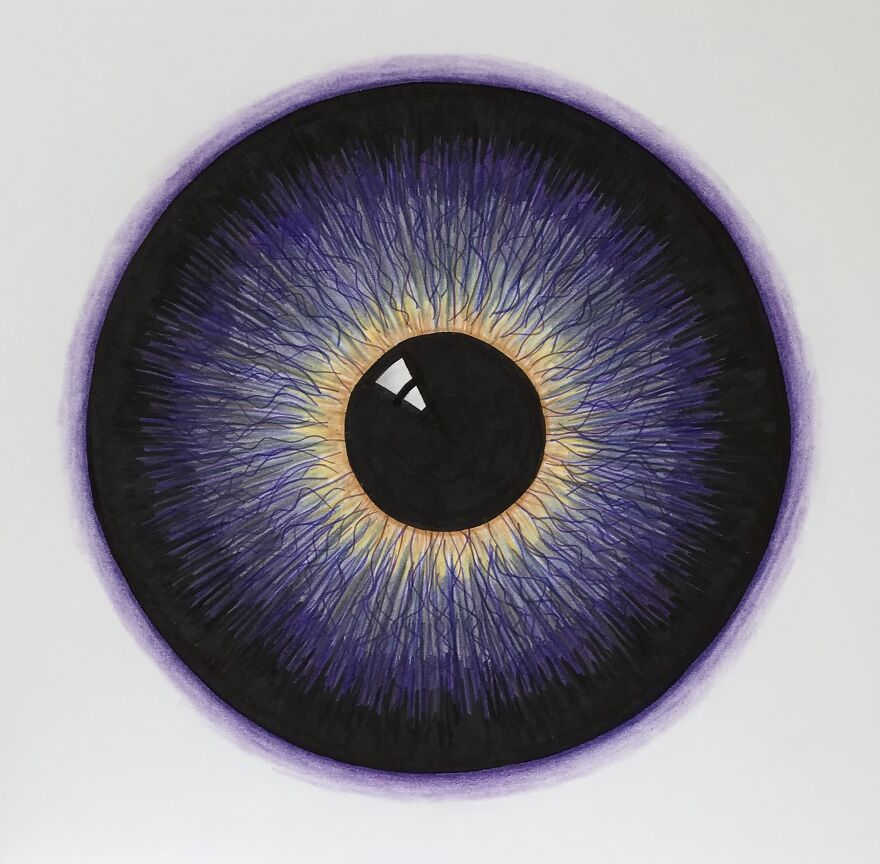 “The rarest eye color in the world is Purple eyes. The purple hue of the iris is a mixture of red and blue, so genetically it is just a variant of the iris with a blue pigment. Blue pigment is not at all uncommon, it is found in all blue-eyed representatives of the Caucasian race. Unlike blue eyes, blue and blue-lilac are much less common, but amethyst or purple are quite rare in the world. But, since genetics does not reject the likelihood of the existence of lilac eyes, you can see them.

Purple pupils of the eye are found in representatives of one of the peoples in the highland North Kashmir. The famous American actress Elizabeth Taylor, whose beauty conquered the whole world, had violet eyes.

Such a story with purple eyes became known to me after I had already drawn this gorgeous pupil of the eye. And you can also have such a rarity at home in the form of this picture!))) Although perhaps someone has such beautiful and rare eyes, or your friends or relatives, then congratulations!” 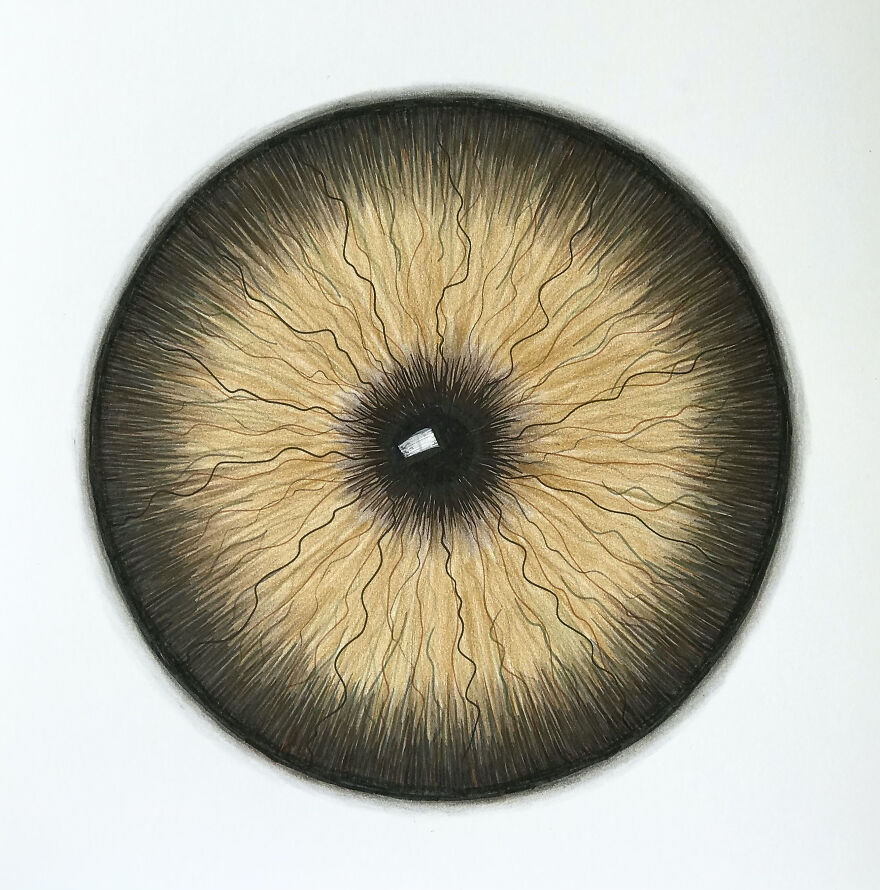 “Eyes are the mirror of the soul, who can deny such an obvious fact!

Yellow or sandy eyes are quite rare. Therefore, people with yellow eyes, more like the eyes of a snake, are considered unique, interesting personalities and endowed with wisdom. Despite the comparison with a creature that is not the most pleasant for some people, they love company, they can cheer and calm. They treat all people well, they love to show themselves and look at others, they are not in the habit of criticizing anything. The most important thing in life for those with yellow eyes is the security and success of the family, so it is advisable to be polite with their family and friends.” 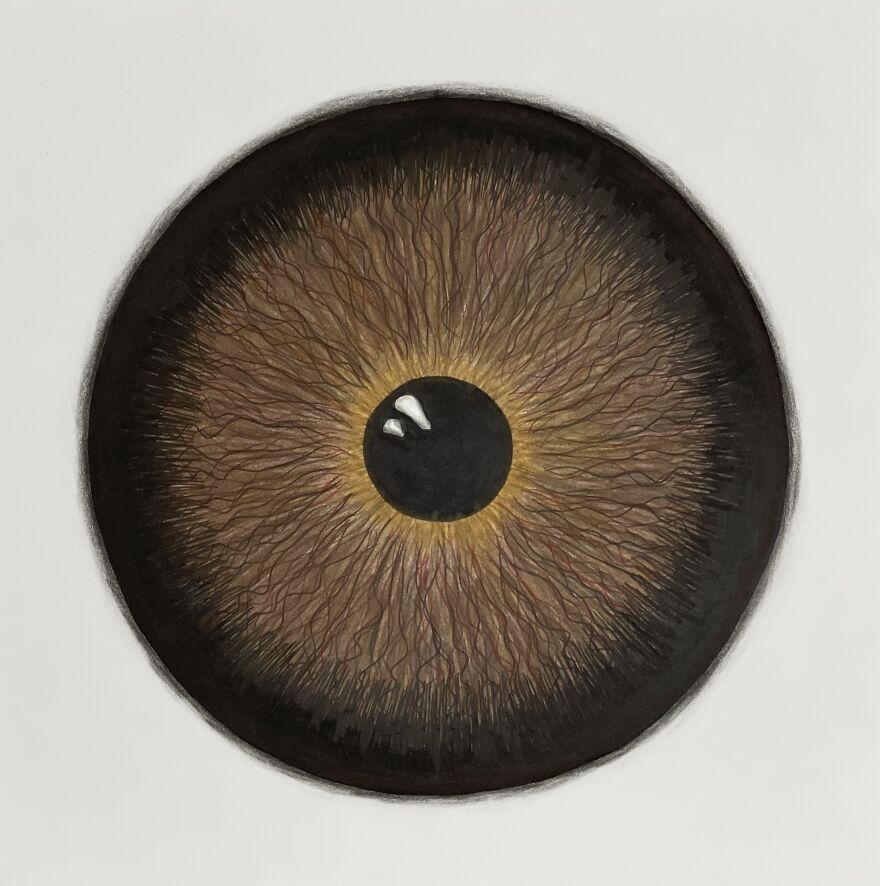 “A very common eye color is brown, most of all on the southern side of the planet. People with brown eyes are very resourceful, but at the same time, they can be deep thinkers. They have no problem combining fantasy with logic in a creative sense. People with brown eyes look very bold and determined. For this reason, they will often take risks in order to succeed.

Regardless of how adventurous they are or take risks, people with brown eyes are also very responsible. They are always aware of their own shortcomings and will not act before they think about it.” 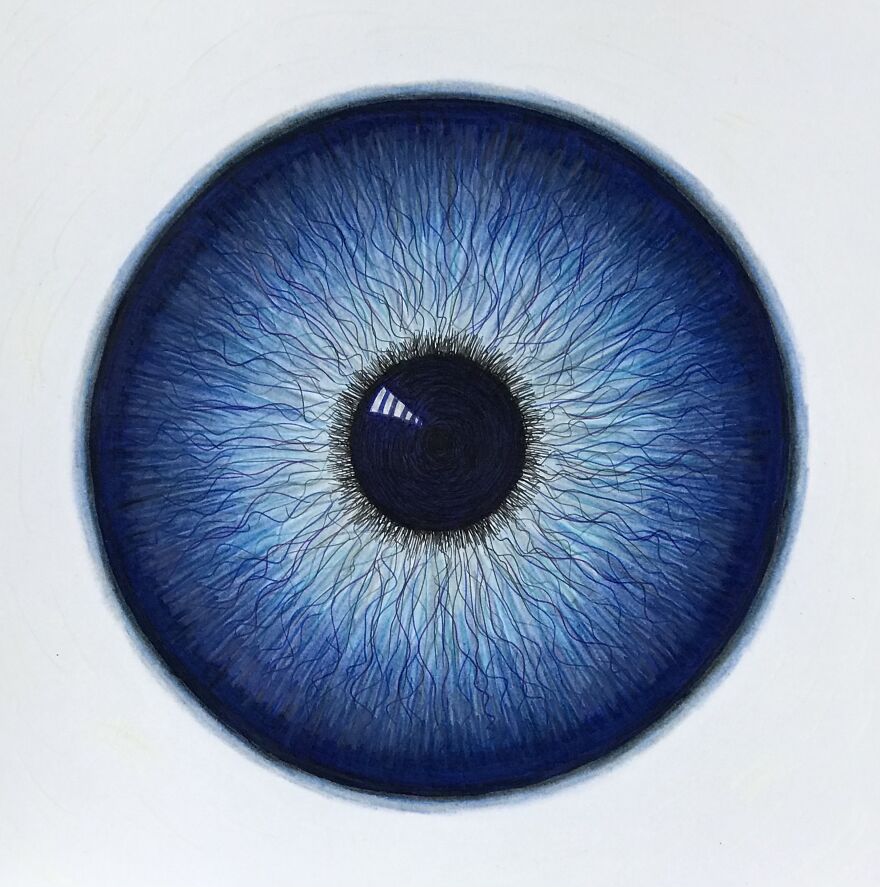 “Light blue is commonly referred to as the most beautiful eye color, and their wearers tend to appear very attractive. And women with light blue eyes should be especially pleased with the fact that their eye color is often associated with youth!

Blue-eyed people tend to have the longest-lasting romantic relationships. They are quite peaceful, kind and smart. They are highly spiritual people, and one of the most important needs of their life is the desire to make all people happy. People with blue eyes tend to be assertive, but at the same time, they are simple and cheerful.” 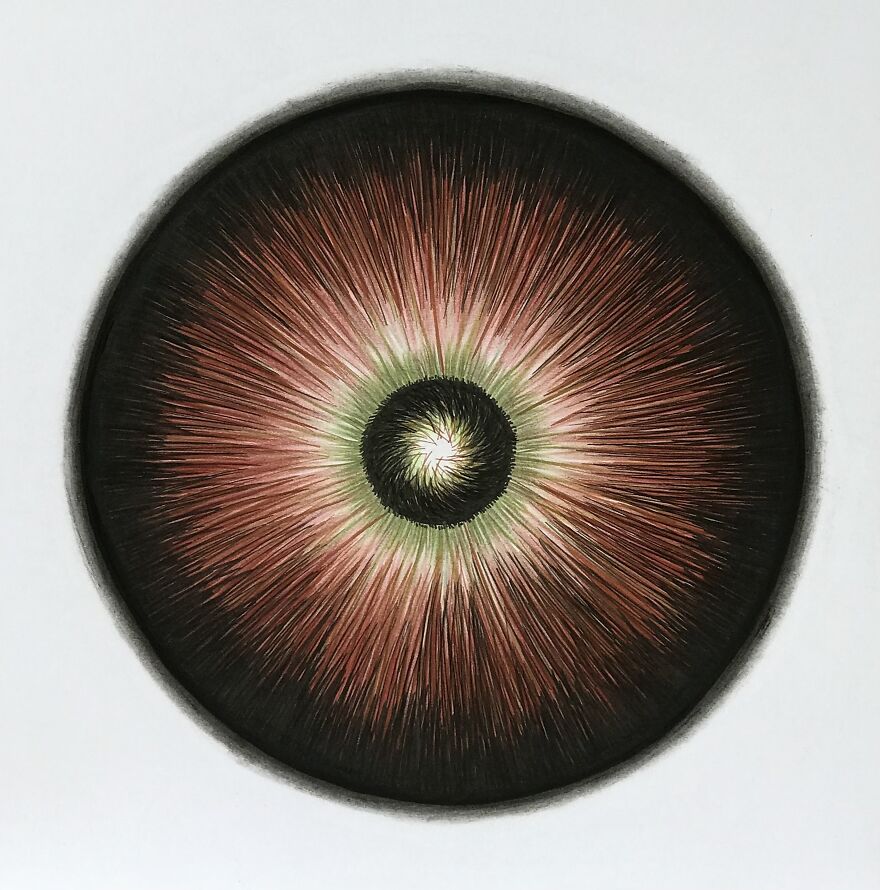 “People with red eyes are quite rare (about 0.3% of the world’s population), but you should not immediately think that they are vampires, because this is just a fiction. Often, red eyes are observed in albinos, people deprived of the melanin pigment. But the owners of such an unusual eye color should not be upset, because now all over the world red eyes are becoming a trend. Thanks to the popularity of anime, cartoons and films about vampires, such as the “Twilight” saga, teenagers and older people actively use red contact lenses in order to resemble their favorite characters.

Also, many animals have red eyes. In ancient legends, the owners of red eyes were endowed with strength, power, fearlessness and a fatal nature, and were also carriers of a supernatural essence. So here it is the red pupil of the eye, presented in this figure, for lovers of exotic and mysticism.” 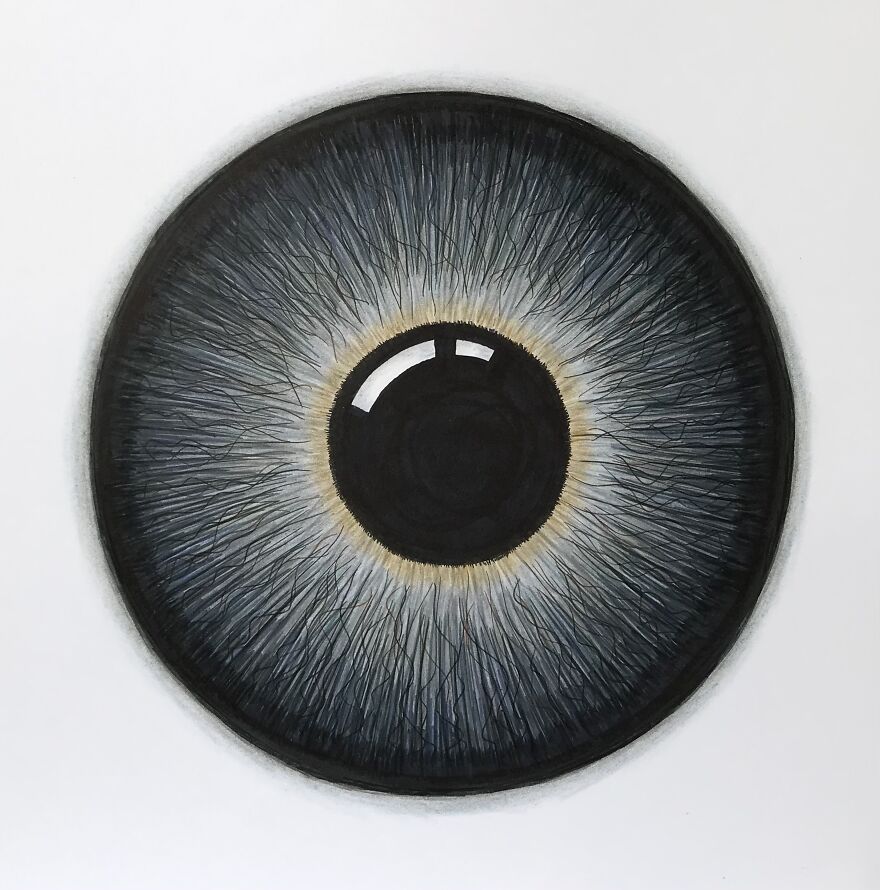 “People with this dark gray eye color are quite common. And this is what everyone’s favorite Internet says about the owners of such eyes):

Dark gray eyes are attributed to the energy of Mercury with an “admixture” of Saturn (dark shade). The owners of such eyes are stubborn and brave, they have a strong will, a fighting, decisive character. They are not alien to the feeling of envy, although they try to hide it. For those who have met such a person, it is actually lucky, because people with dark gray eyes usually only love once in a lifetime.

Like this! Who has not yet met his love and wants to find a permanent life partner for life, look for the owners of dark gray eyes))).” 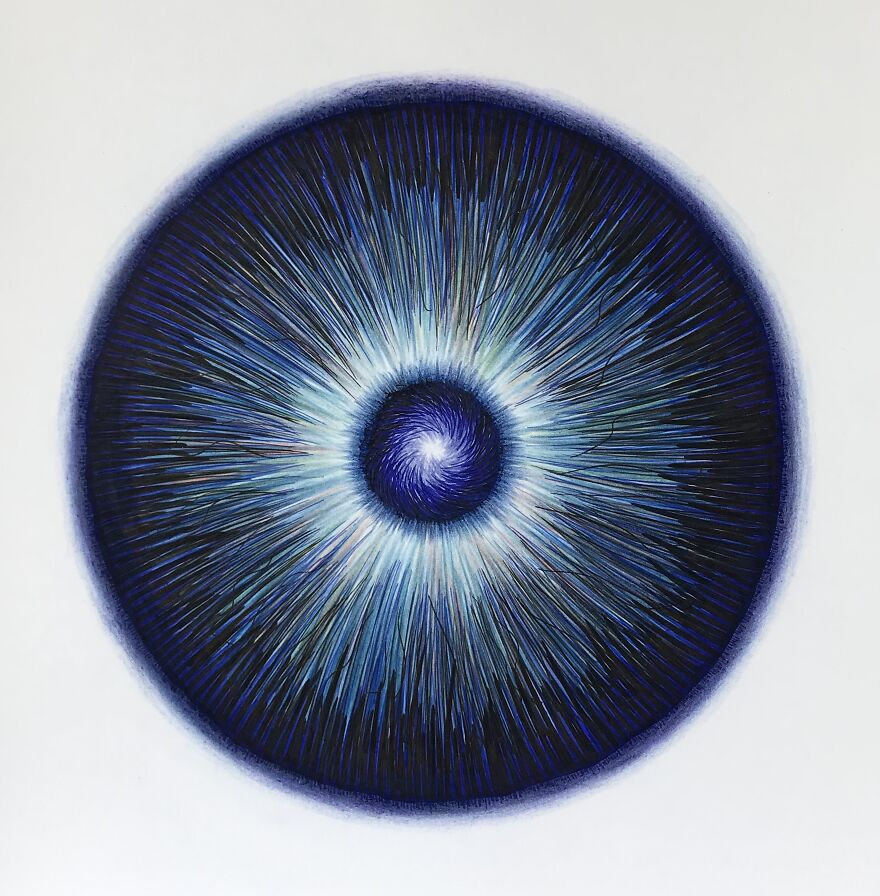 “When I was in Turkey, I noticed a huge number of blue eye amulets made of glass or plastic. And tourists always buy these amulets for their homes or for gifts. And this is my view on the blue pupil of the eye.” 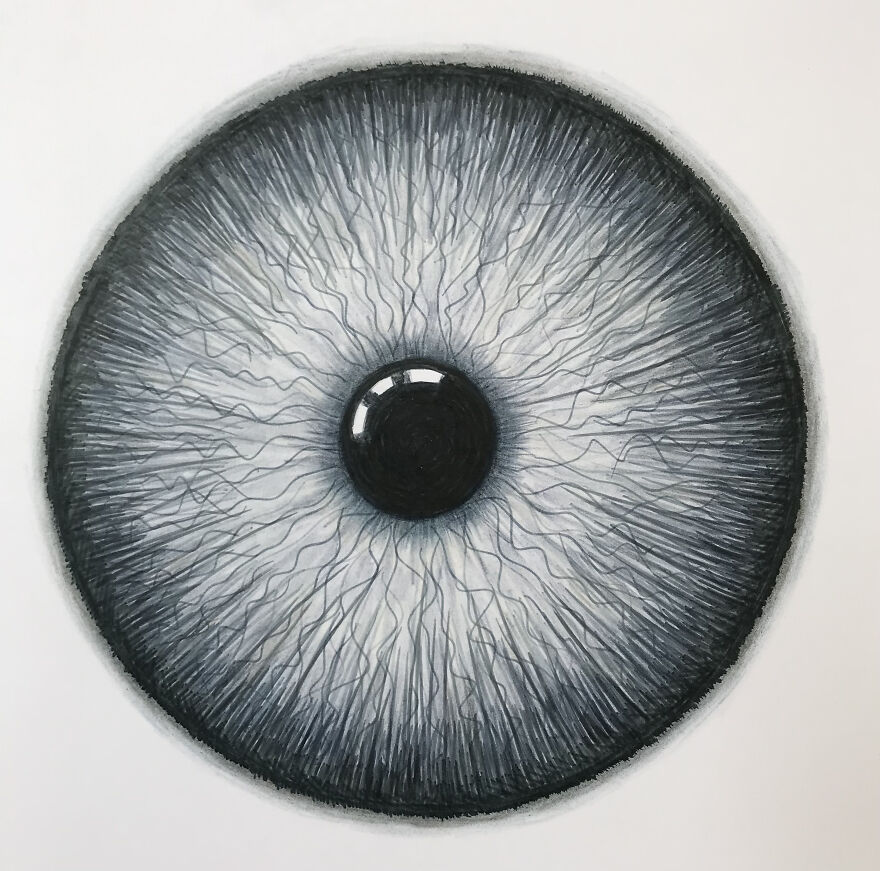 “The main personality traits of gray-eyed. This is a conservative person, scrupulously adhering to the rules of morality and well-established norms. This quality cannot be called a disadvantage, but in this case, it sometimes oversteps the boundaries, and its owner becomes boring and old-fashioned.

These people are modest to the point of disgrace, they do not meddle in other people’s affairs, do not collect gossip, in communication with others they take a position of submission. They rarely allow themselves to argue with the interlocutor, preferring to listen. But if they say, then a lot, interesting and to the point;
Thanks to all of the above, their life most often flows measuredly and according to plan, which allows them to achieve good results in a professional direction.

They are conscientious and decent workers you can rely on. However, it happens that such hard work is harmful and leads to health problems and overwork. That’s how much we learned about these beautiful owners of light gray eyes.”