Bizarre Sculptures by Franz Xaver Messerschmidt From the 18th Century 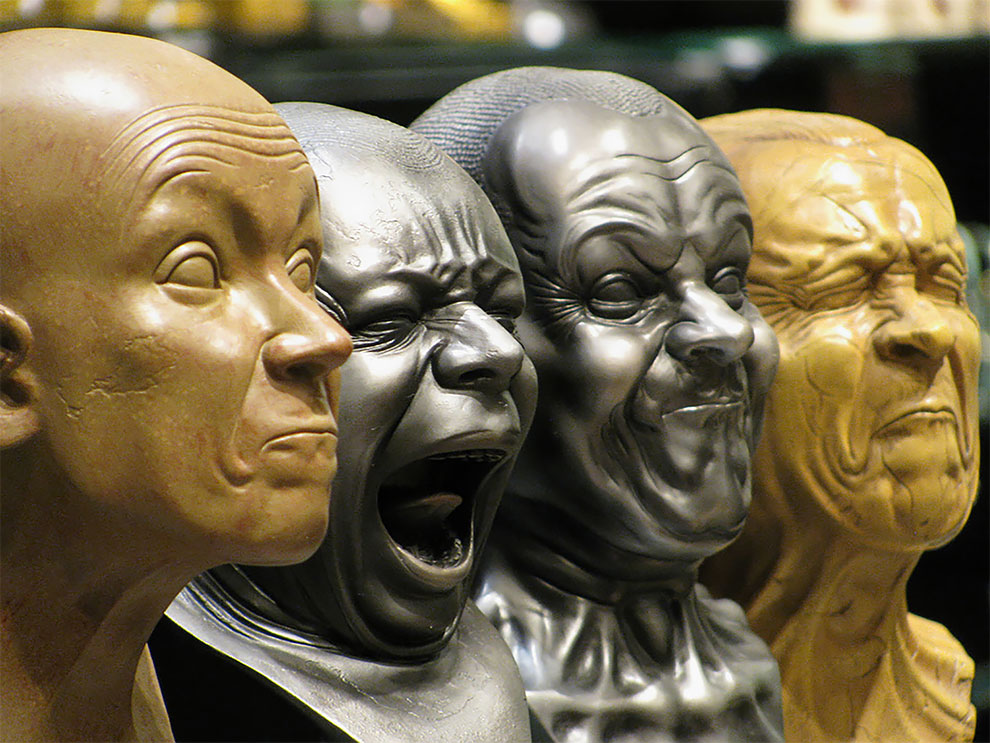 Franz Xaver Messerschmidt, an eighteenth-century German sculptor active in Austria, is best known for his series of dramatic “character heads.” The metal and stone busts are often disturbing in their extreme expressions. They have long prompted critics and scholars to speculate that the artist made them in reaction to an undiagnosed mental illness. 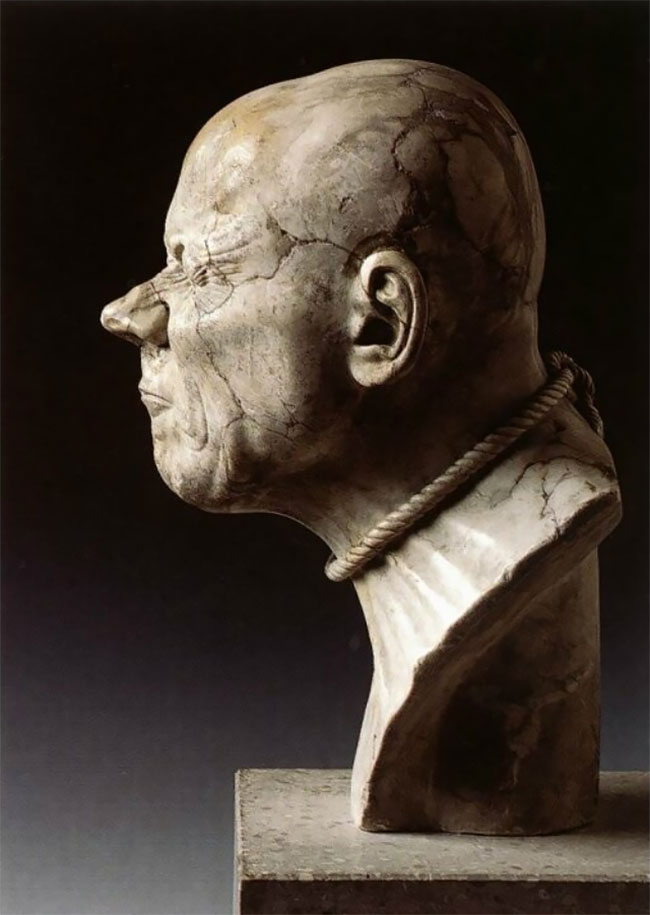 Franz Xaver Messerschmidt (1736–1783) was born in the village of Wiesensteig, in what is now southern Germany. He learned his trade from two uncles, a court sculptor in Munich, and an artist based in Graz, Austria. Later, Messerschmidt attended the Viennese Academy of Fine Arts and assisted at a foundry. His spectacular ability to work in stone and metal soon brought him portrait commissions from imperial and aristocratic clients. Made over the course of a decade, those early works reflect the prevailing late Baroque-Rococo sensibility, which emphasized the decorative. 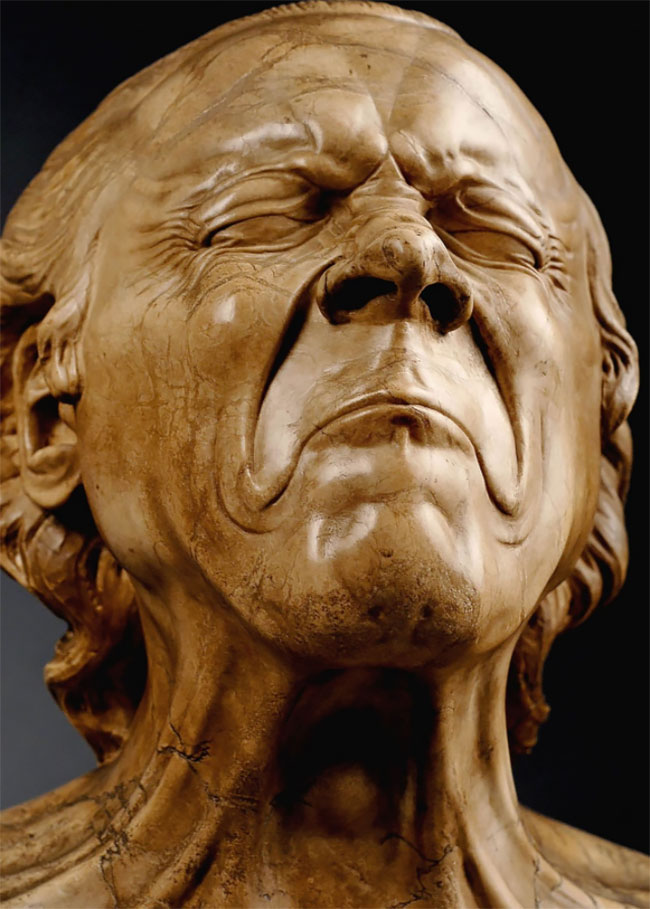 Between 1760 and 1765, Messerschmidt traveled to Rome, Paris, and London. Seeing the work of other sculptors inspired him to shift toward Neoclassicism––a more spare and refined style. At this time, he began to emphasize his sitters’ features and character. In 1769, Messerschmidt taught at the Viennese Academy and established his own workshop. Those outward signs of success were short-lived, as colleagues and friends observed changes in his behavior. After failing to gain a professorship of sculpture position at the academy, Messerschmidt left Vienna and returned to Wiesensteig. 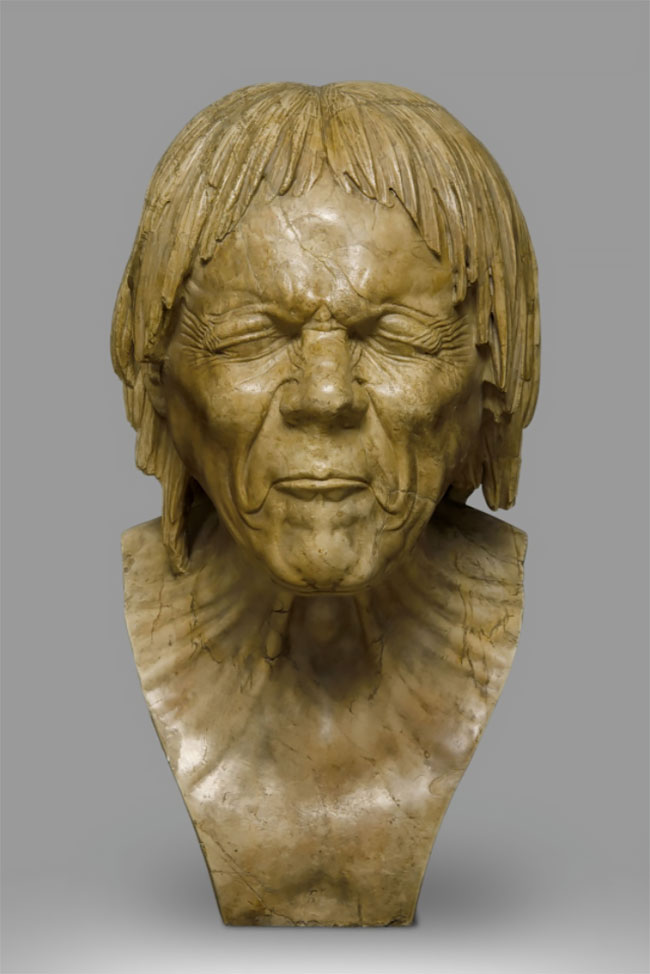 Messerschmidt likely began his “character heads” around 1770, as his mental health apparently deteriorated. He produced the life-sized busts rapidly, 69 within a 13-year period. He may have intended them as physiognomic studies, perhaps inspired by experiments enacted by his friend, the controversial physician Franz Anton Mesmer. Messerschmidt probably also knew of Johann Caspar Lavater, who popularized “physiognomy”––the notion that human character is discernible by a person’s physical appearance. 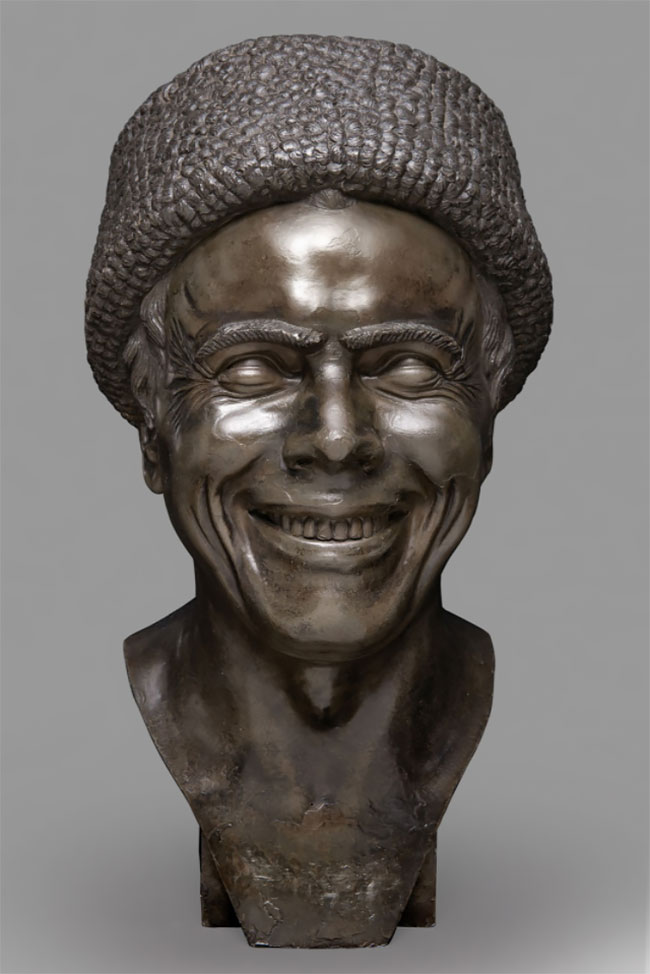 Collectively, Messerschmidt’s “character heads” display a range of emotions. Although they are not self-portraits, many resemble the artist. In any case, he never intended to exhibit or sell them. After a short stay with family members in Pressburg (present-day Bratislava, Slovakia), he died alone and in relative poverty. 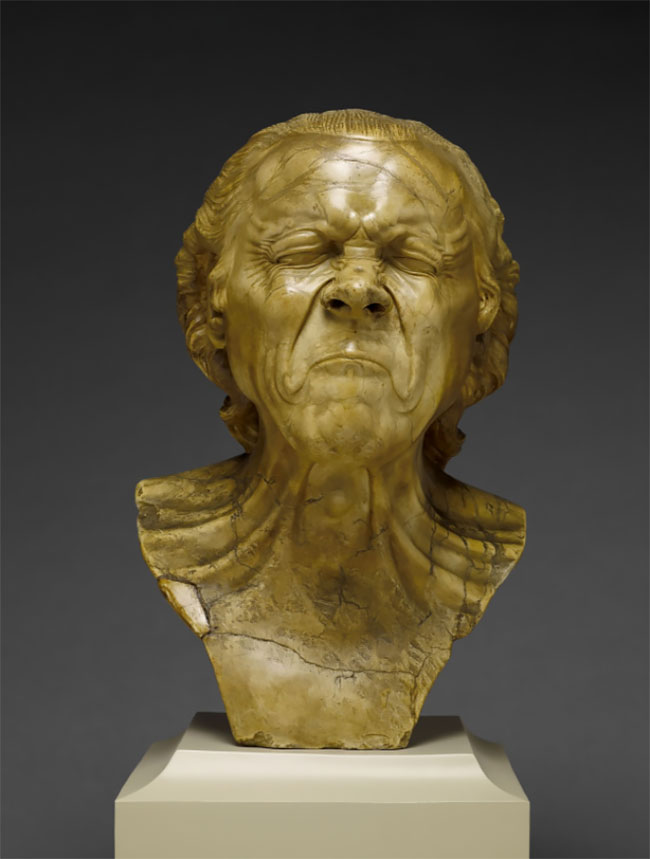 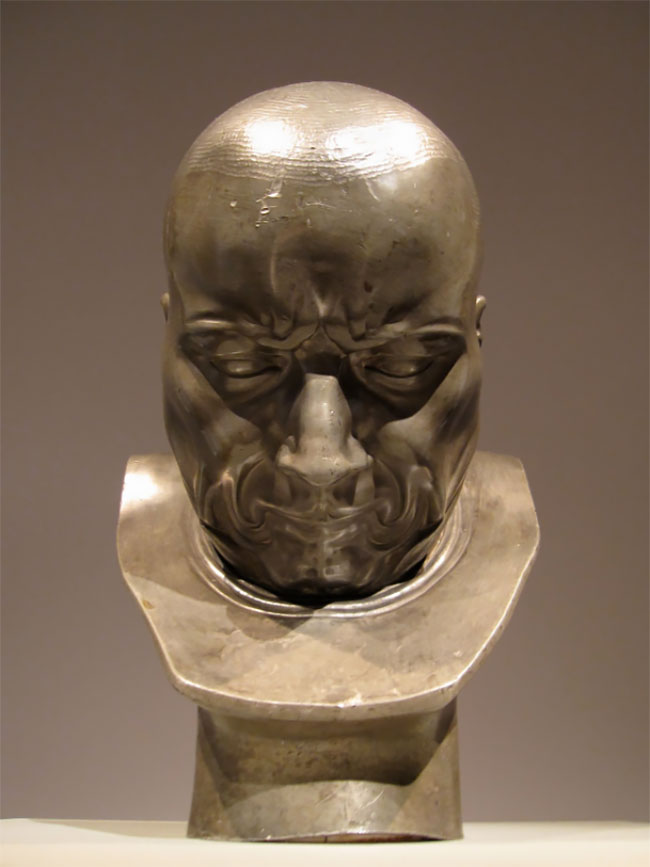 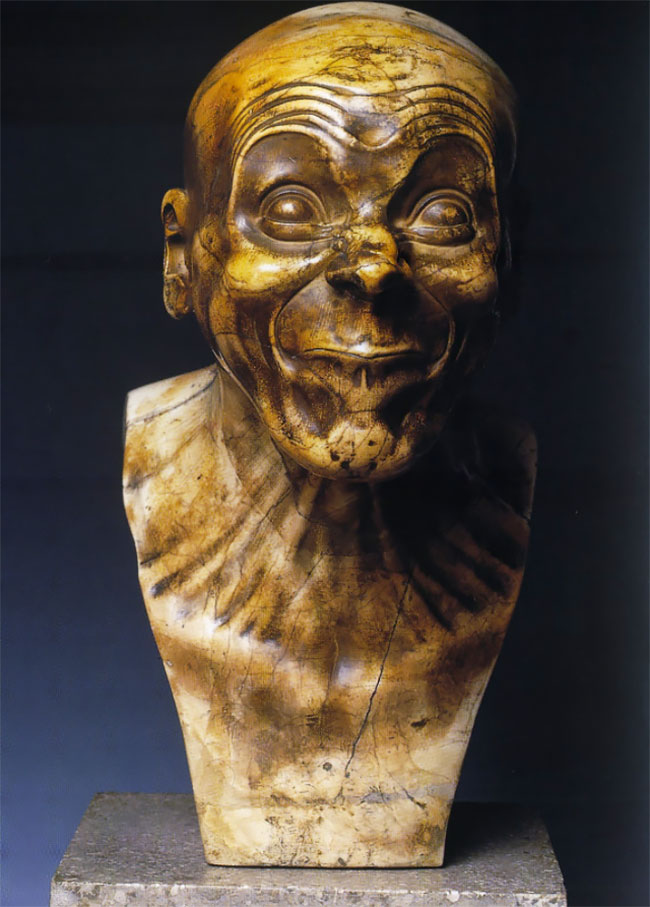 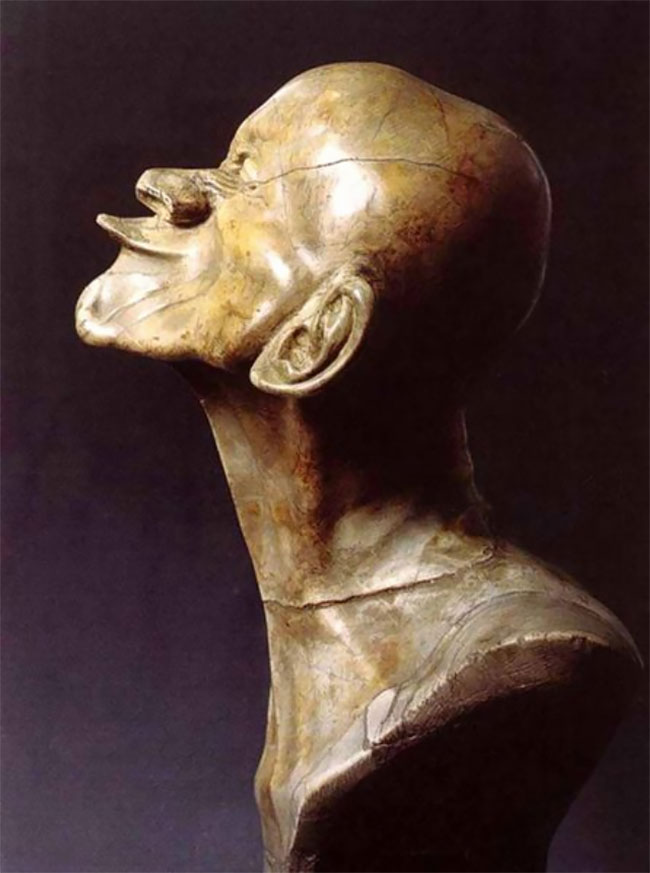 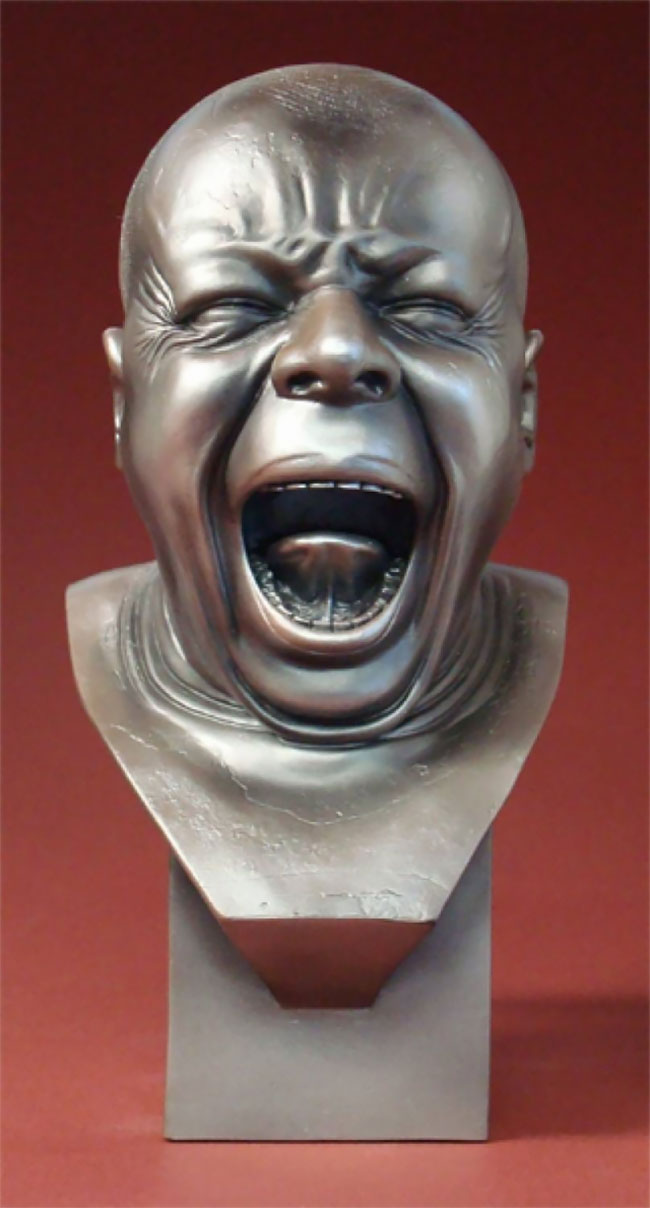 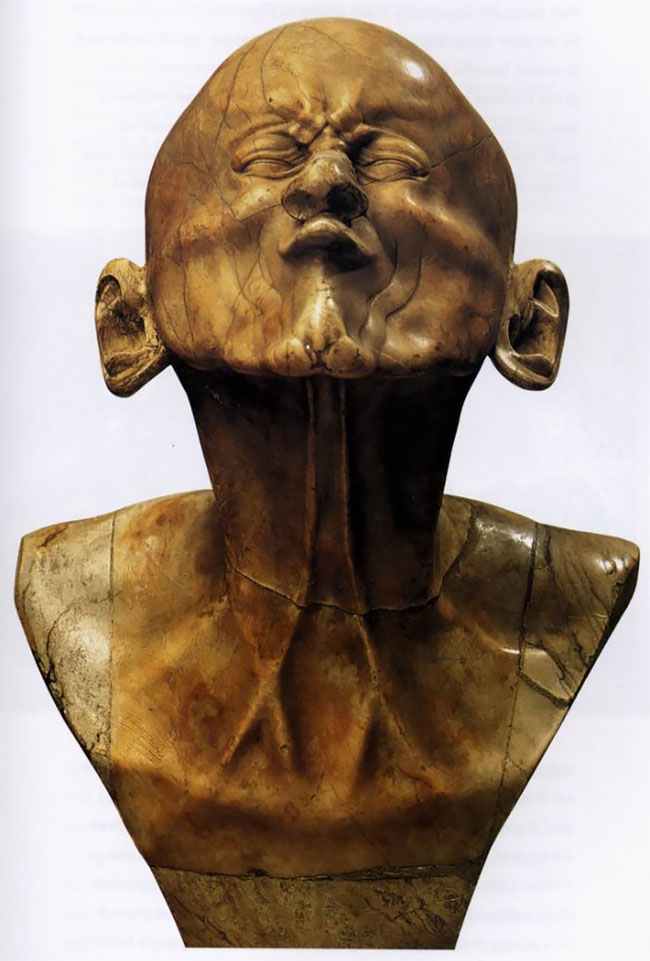 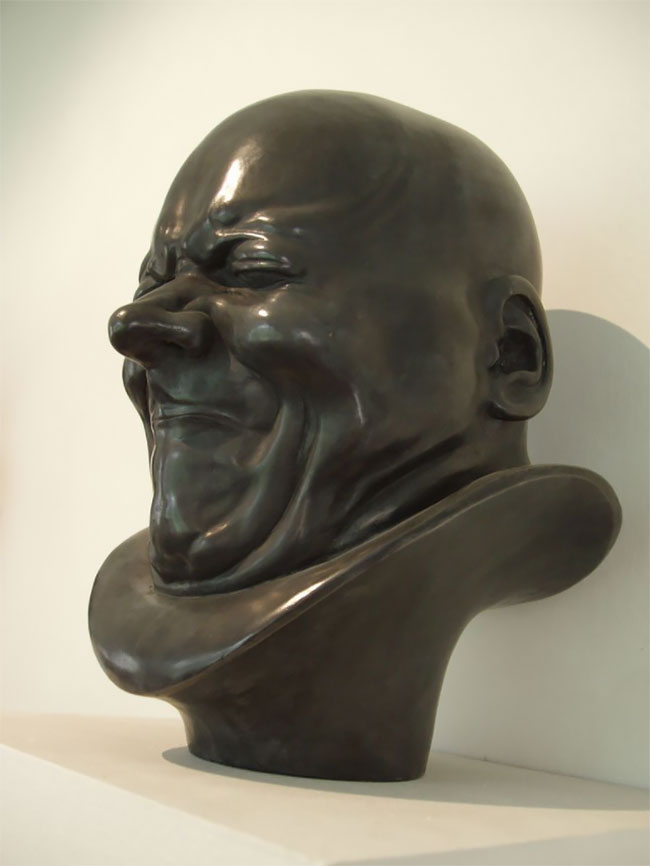 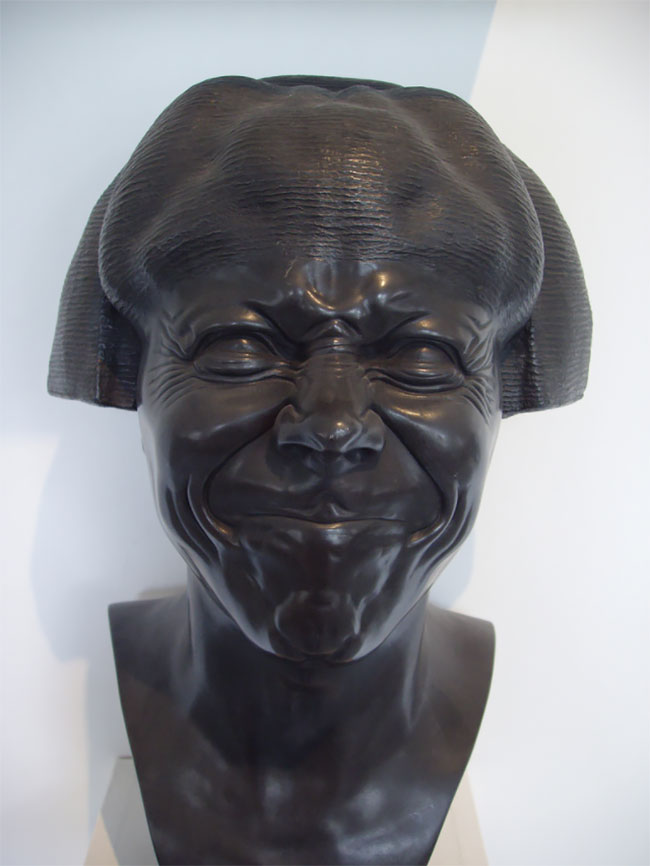 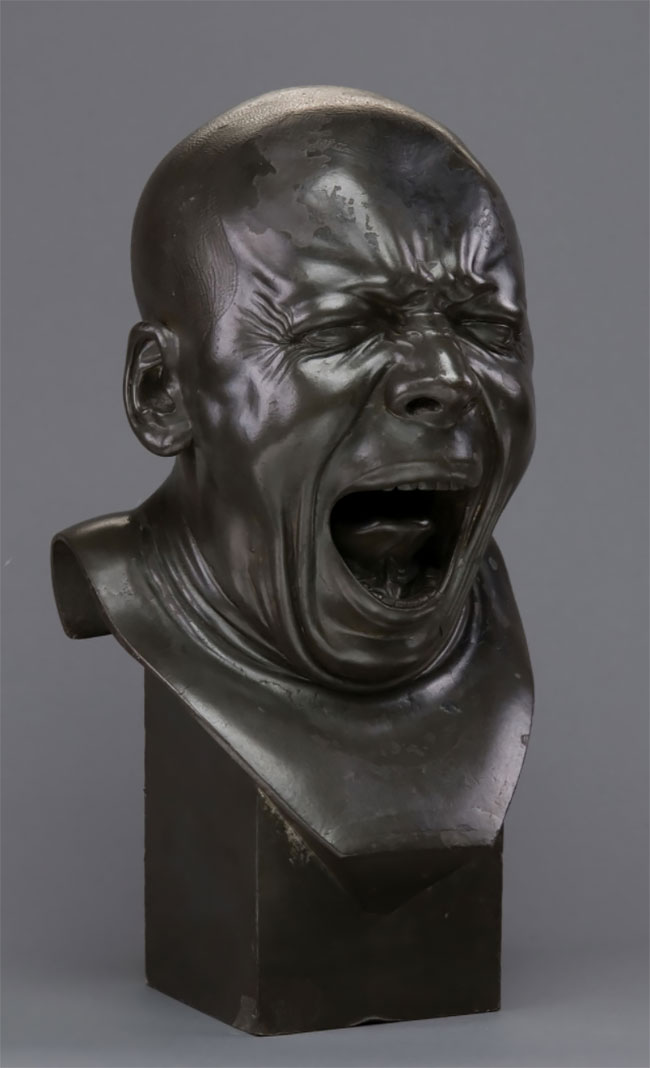 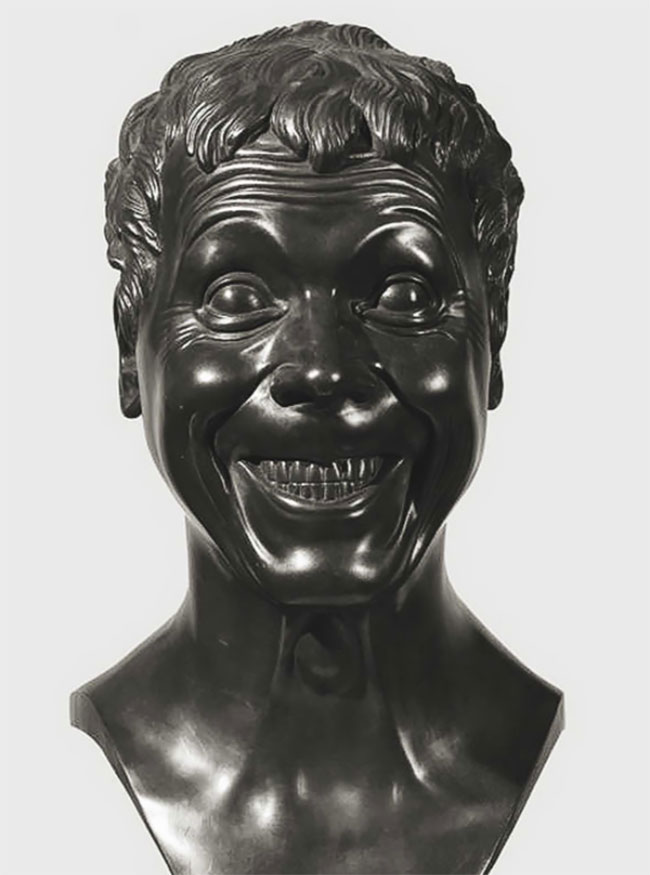 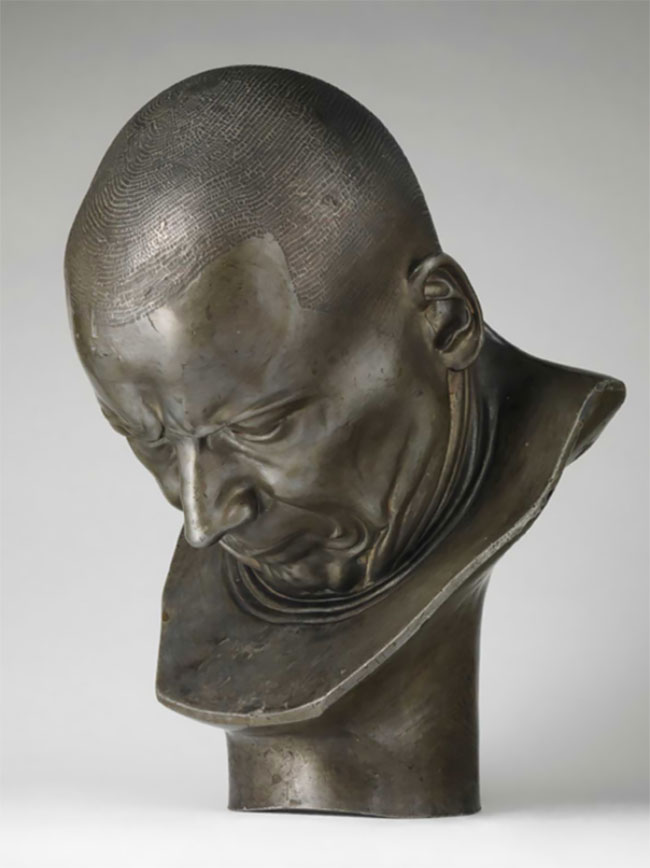 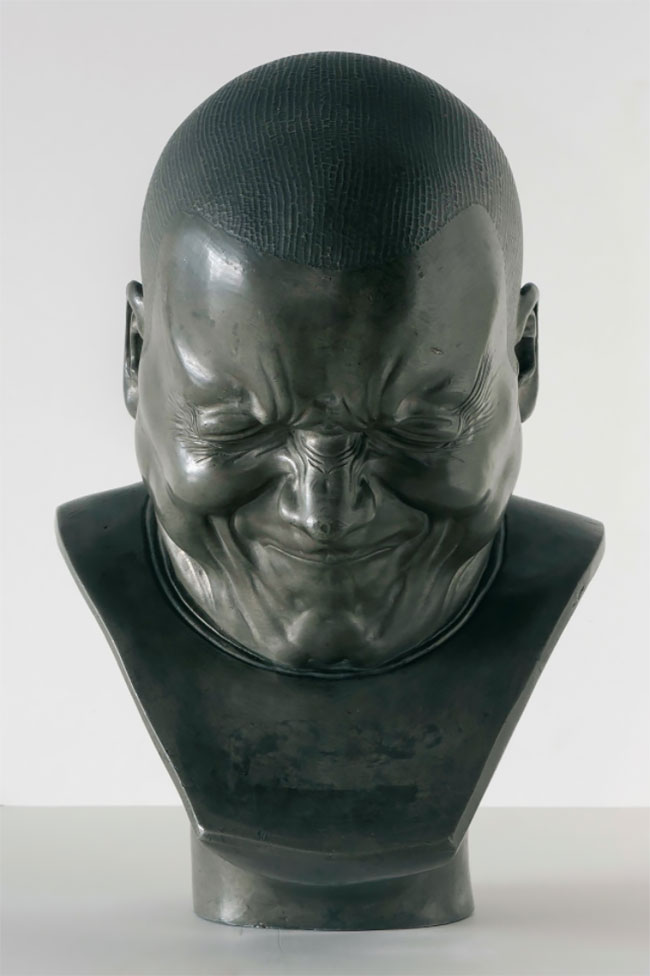 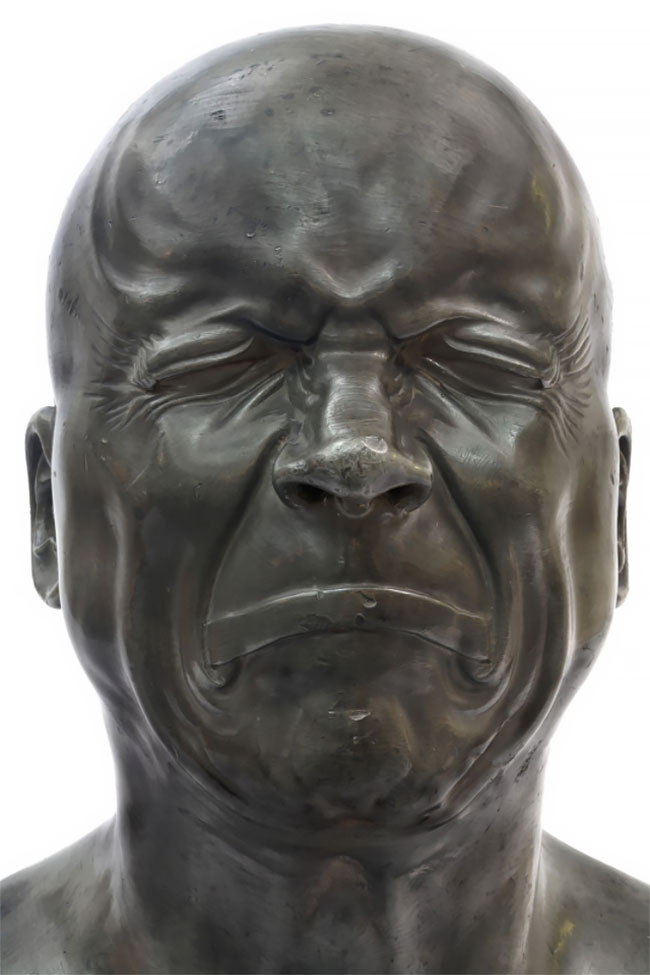 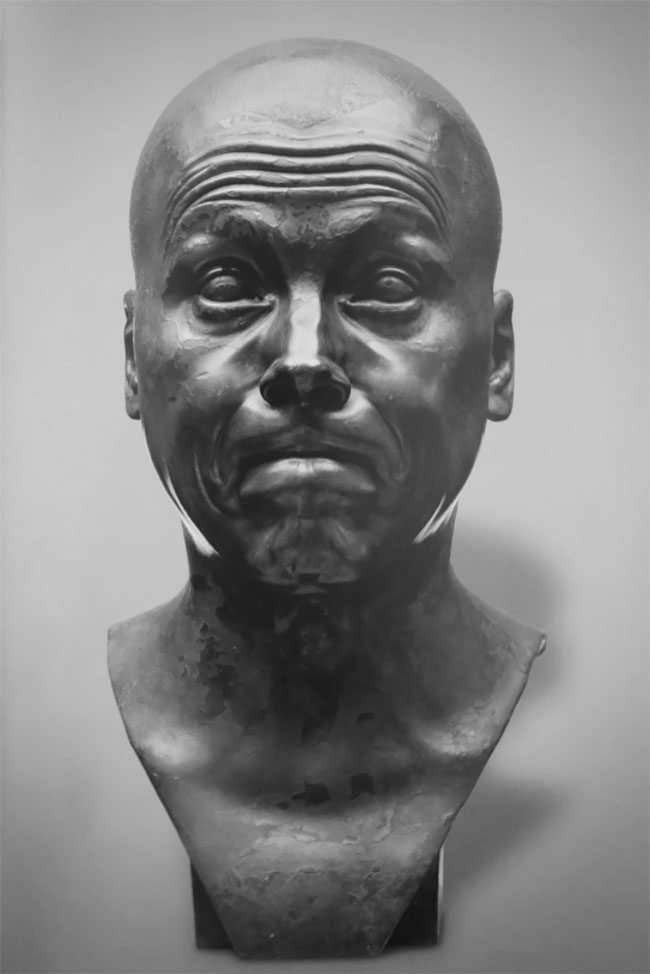 Programmer Decided To Do Something That Would Get Her Away From The Computer - Started Making Driftwood Portraits
This Stunning Dragon Bench Was Birthed From A Chainsaw And Single Log
DIY Steampunk Trailer Fit For Travelling The World In 80 Days
Pedro Pires Sculpts Large-Scale Skull Using 140 Life Vests And Rubber From A Refugee Dinghy
"Introspection": The Superb Digital 3D Sculptures of Sasha Belitskaja
Making Cookies Into Art With Lindsey Bakes
"Brutal Beauty": This Russian Craftsman Makes Unique Steampunk Art From Steel And Crude Iron
This Designer Creates Stylish Looks Inspired By Cleaning Products, Foods, And Drink
The Making of a Coca-Cola Neon Sign for Piccadilly Circus, 1954
The Superb Bizarre Make Up Concepts by Tanya Savostyuk
What Would U.S. Money Look Like, Given The Proper Attention Of An Industrial Designer?
Life-size Dog Sculptures Made Entirely From Recycled Bicycle Chains
1960s Space Age Toy Rocket Shoes Simulate Walking On The Moon
See Inside a 1926 Rolls-Royce Phantom, the Most Expensive Rolls-Royce Ever Made
McDonald’s Surprises Parisians By Launching These New Unique-Looking Street Ads
Self-Taught Baker Creates Incredibly Realistic Cakes That Look Like Bowls Of Pasta, Donor Kebabs And Junk Food
Inspired By H.P. Lovecraft, This Bizarre Photography Series Is About The Global Problem Of Water Pollution
Just a Selfie Spoon
Artist Heidi Reed Creates Jewelry from the Moose Poop
Wrapper's Delight: The Artist Using Luxury Bags As Raw Material
Fashion Designer Creates Paris Landmark and Skyscraper Puffer Jackets for Louis Vuitton
The Colorful Bedroom Inside The House In Denmark Is Made Entirely Of LEGO
Wolford And Vetements Launch Collaboration Inspired By Russian Criminal Tattoo Art
A Slightly Kinder Teacup⁣⁣: A Simple Idea That Works
bizarre, Franz Xaver Messerschmidt, heads, sculptures