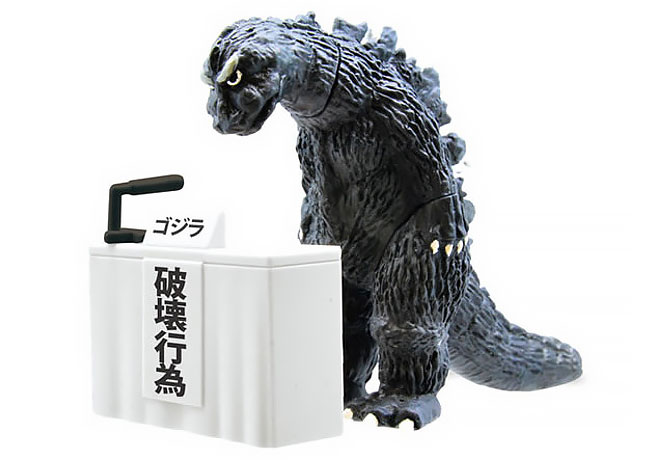 The world of gachapon vending machine capsule toys just got even weirder with a new lineup of figurines from top Japanese toy producer Bandai. Called the “Godzilla Toho Monsters Press Conference”, the series depicts Godzilla, along with three other kaiju monsters from the acclaimed movie production and distribution company Toho, all appearing at fictional press conferences, complete with microphone stand and name plaque.

These types of formal apologies are commonly seen on television news reports around Japan, in cases where high-profile politicians and celebrities formally atone for scandals and wrongdoings, expressing remorse to the public with deep, heartfelt bows. Only this time, it’s a group of well-known movie monsters making amends for their actions.

Here, Mechagodzilla bows deeply, in formal stance with his hands by his side. At the front of the table is a scroll that reads “Hakai Koui” or “Acts of Destruction“, so the public can know exactly what he’s apologising for. 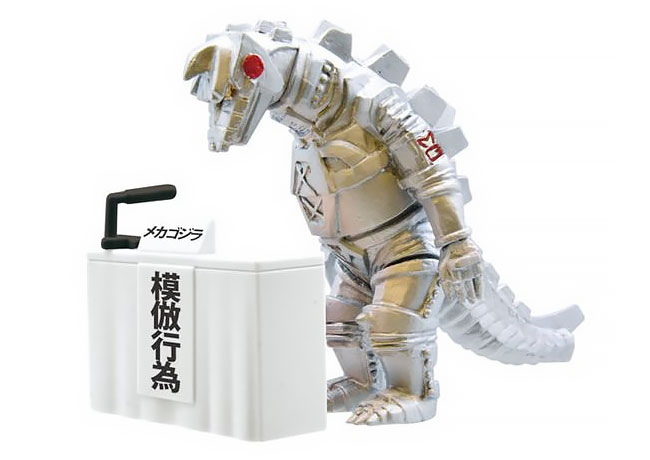 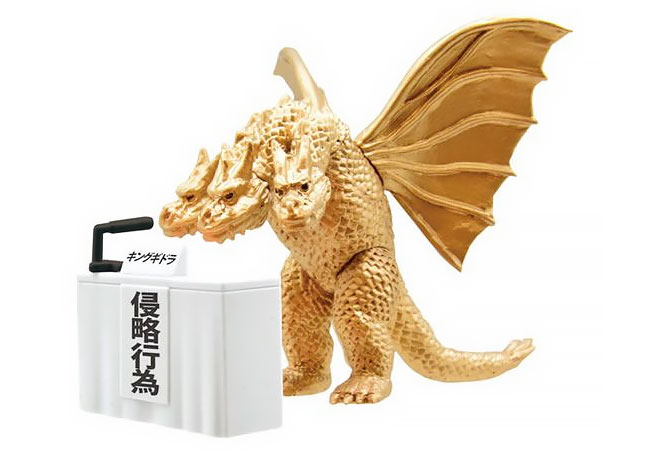 Hedorah, also known as The Smog Monster, is the only one to forgo the formal bow, replacing it instead with a long stare into the crowd with vertical red-and-yellow eyes. 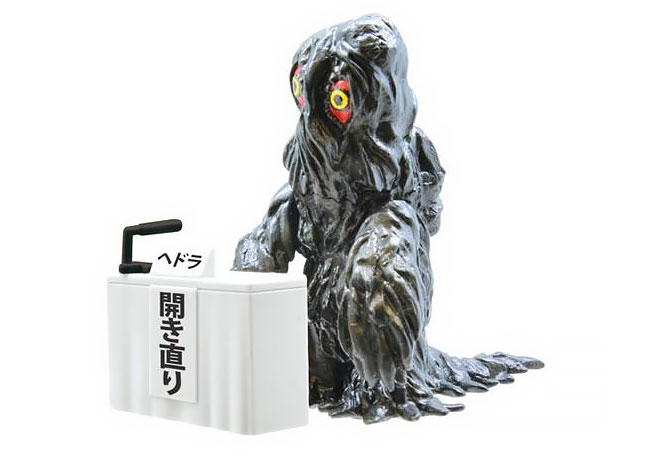