Amongst the ruins, Bavaria. 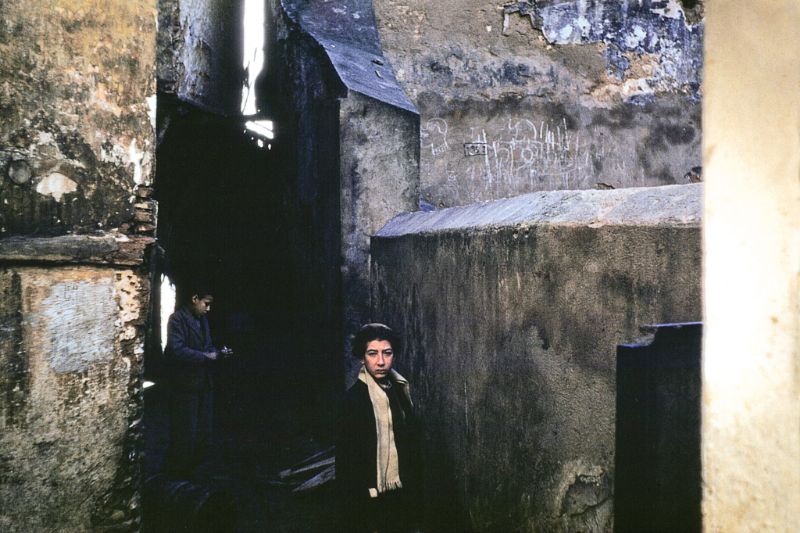 These slides appear to have been taken by a US Army nurse who seems to have been attached to the 97th General Army Hospital at Frankfurt, (West) Germany in 1952 and 1953. During her tour of duty she was able, like most US service personnel, to travel in her free time to various places in Europe and Algeria (and possibly other countries in North Africa). 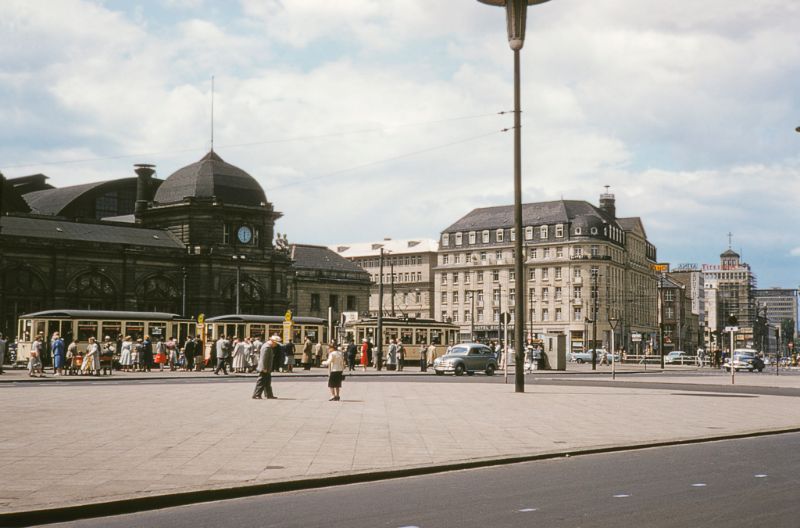 Traveling around Bavaria, in a 1951 Chevrolet. 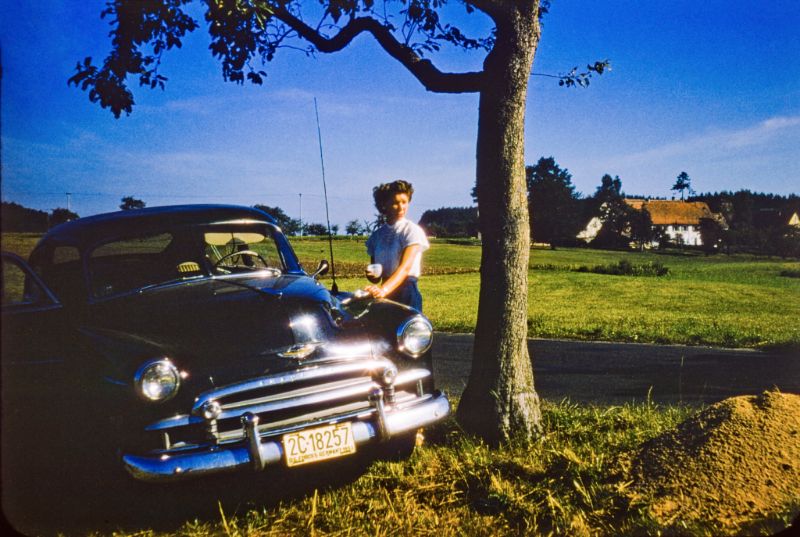 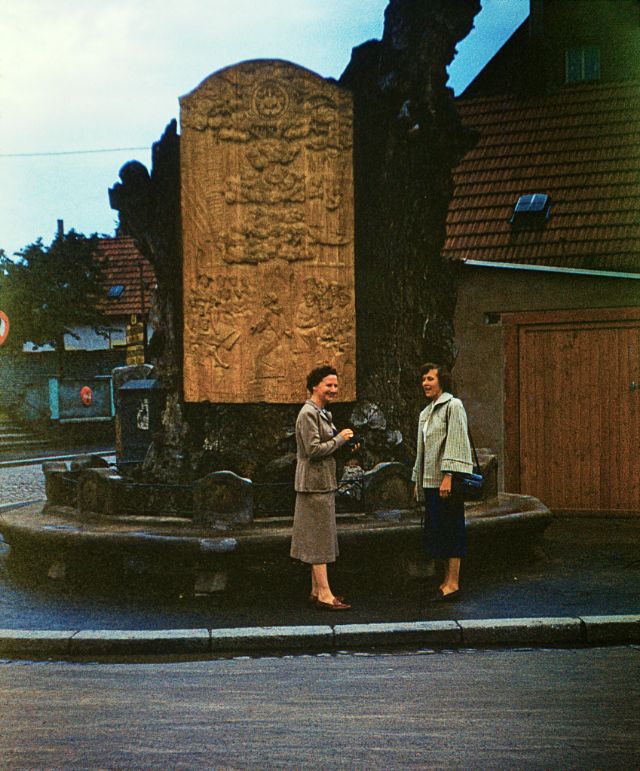 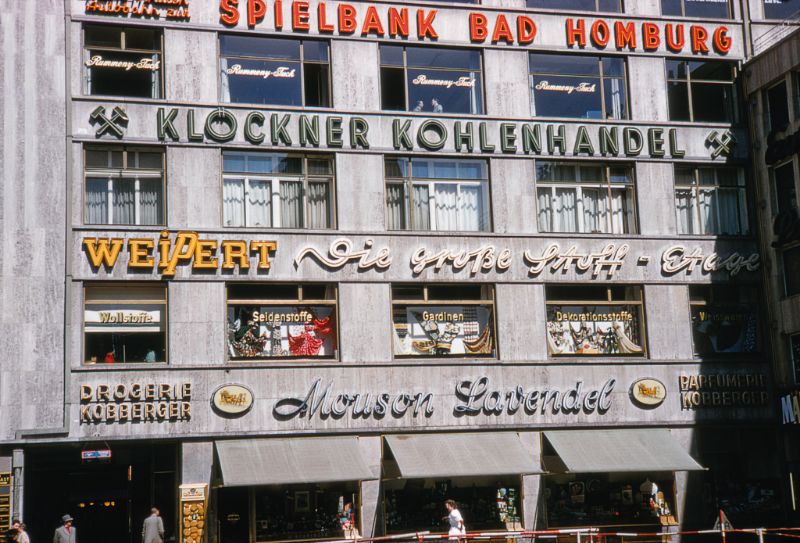 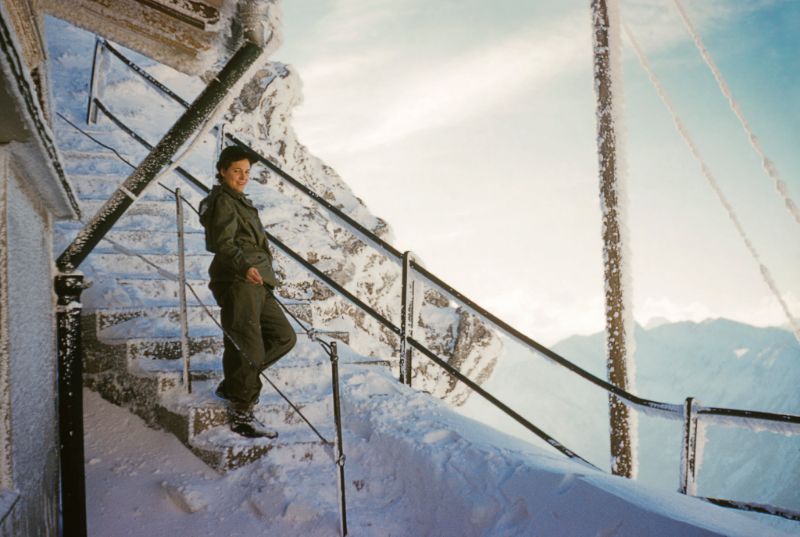 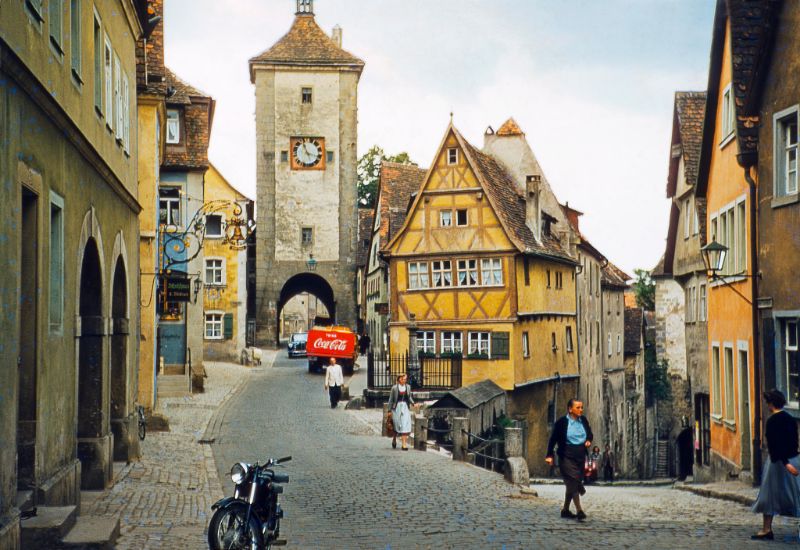 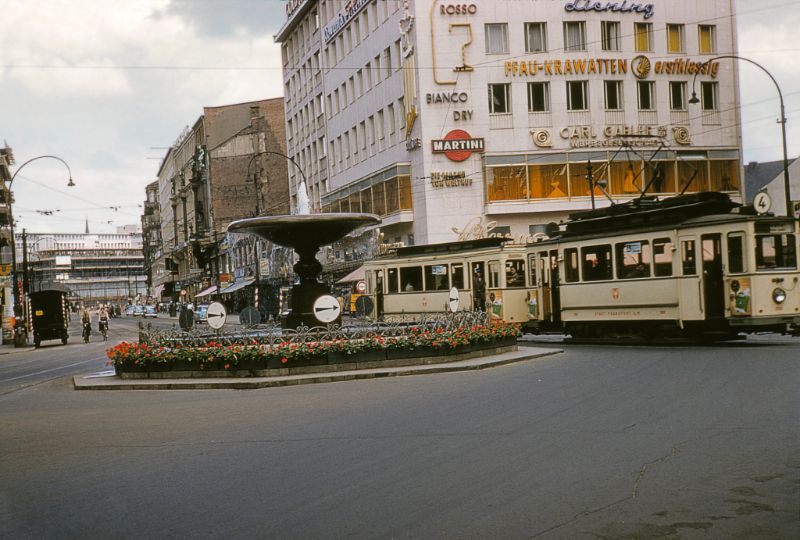 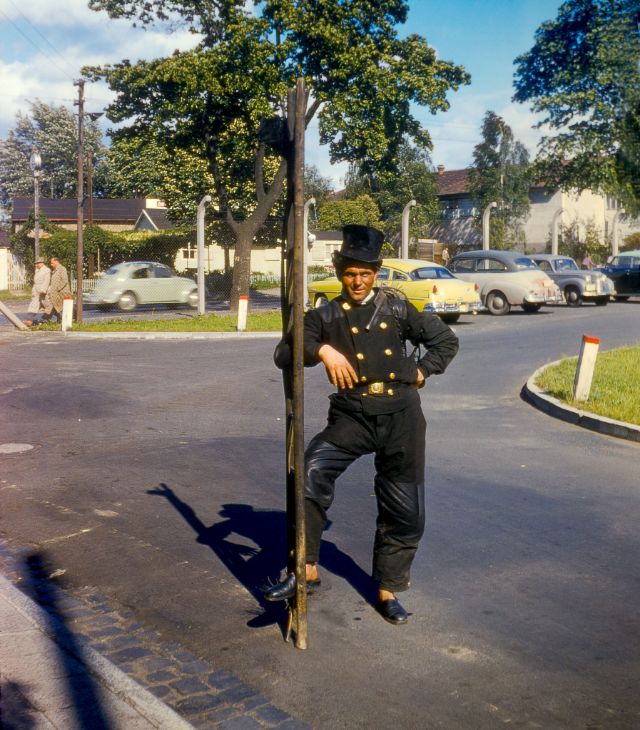 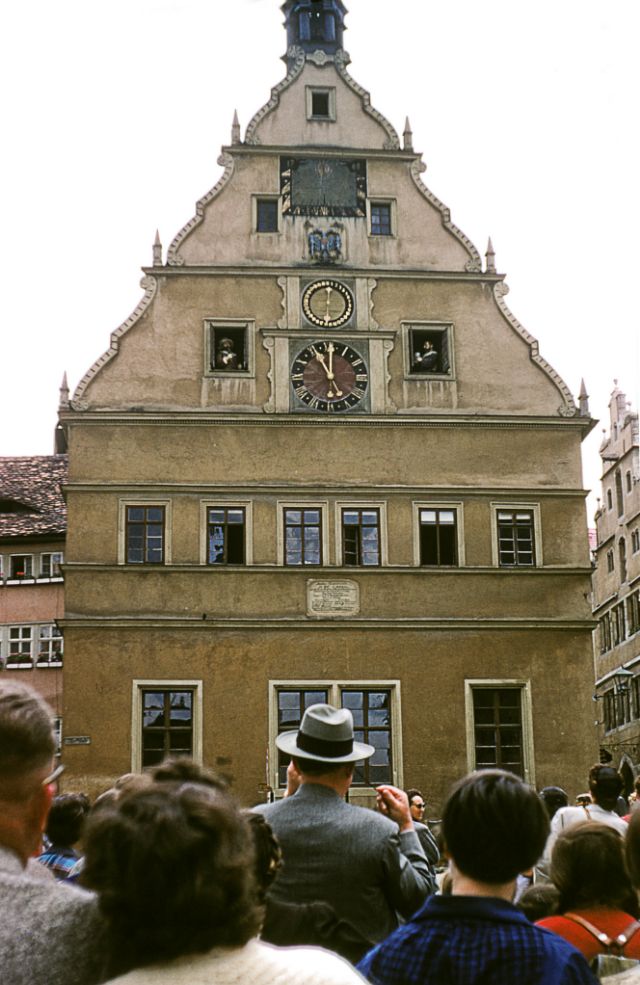 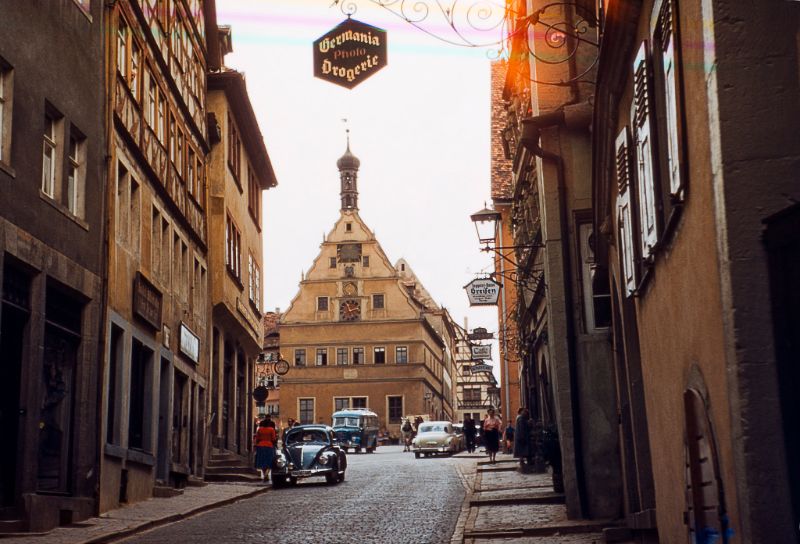 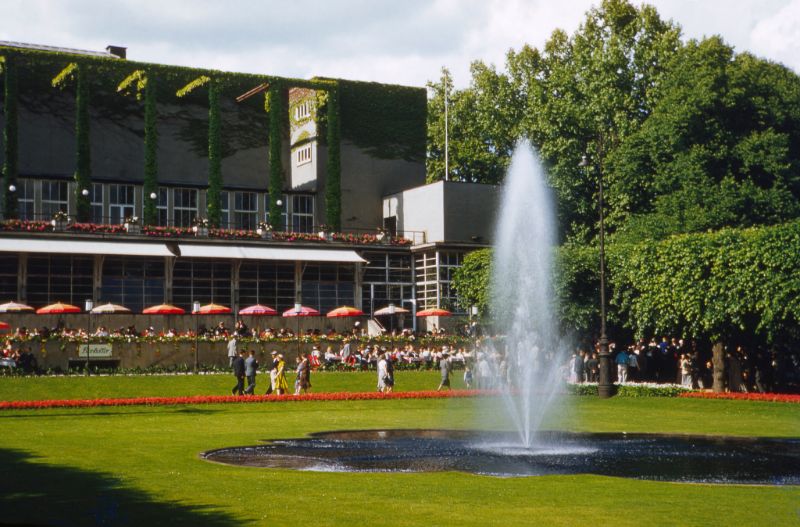 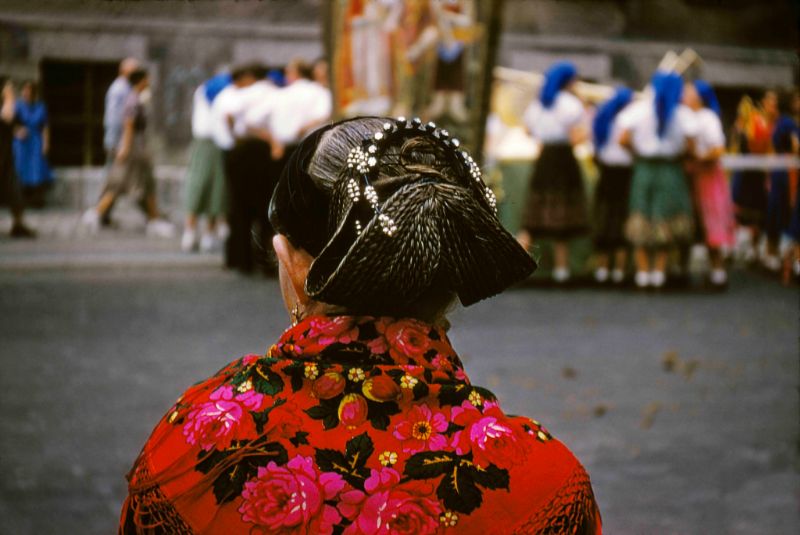 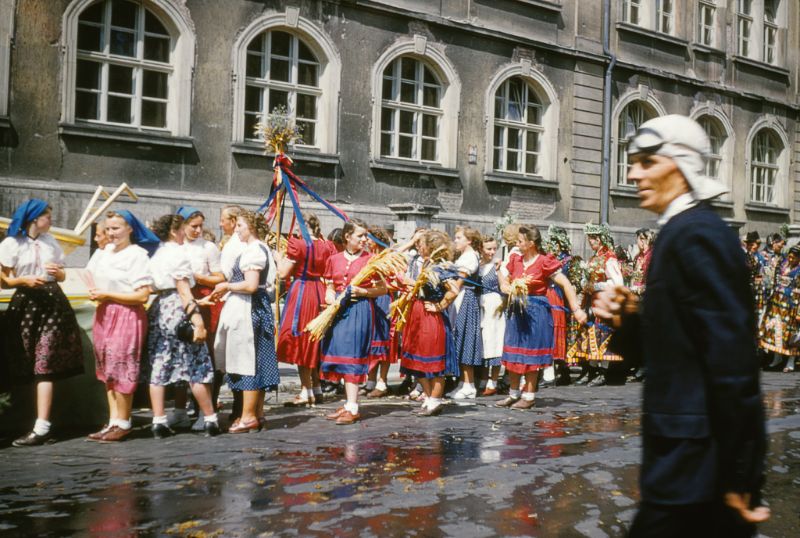 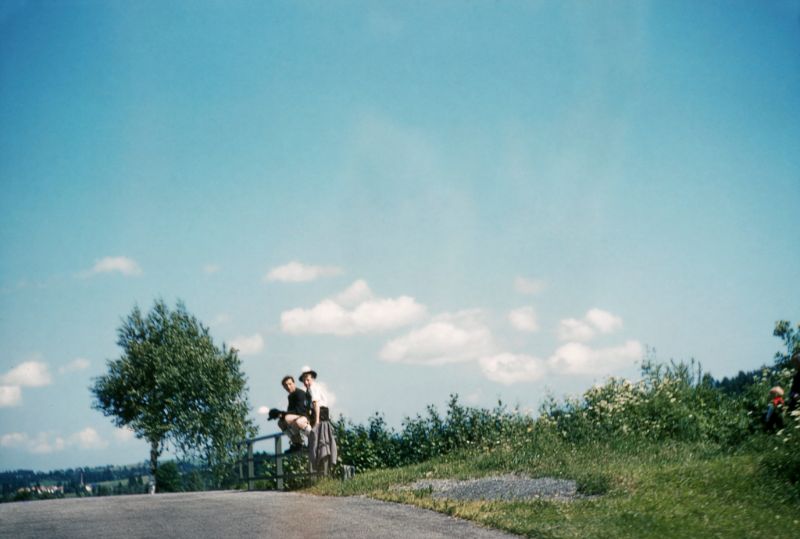 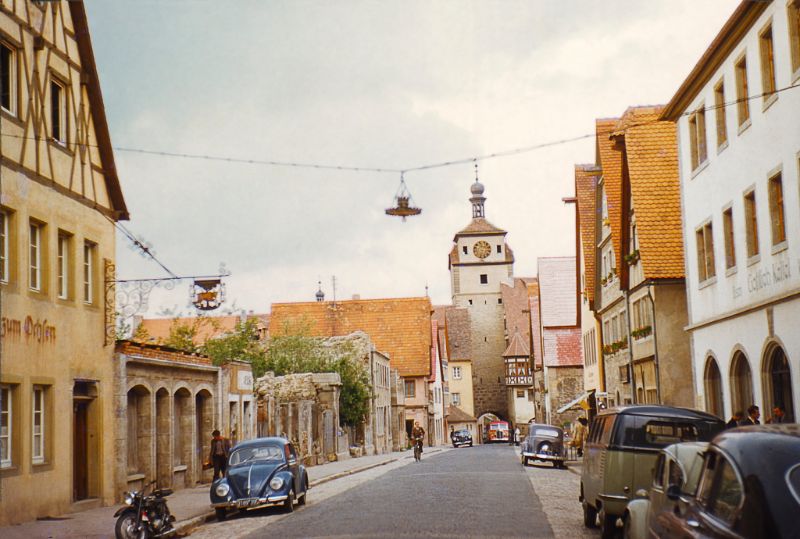 In the tunnel or covered street under the Rathause, Rothenburg. 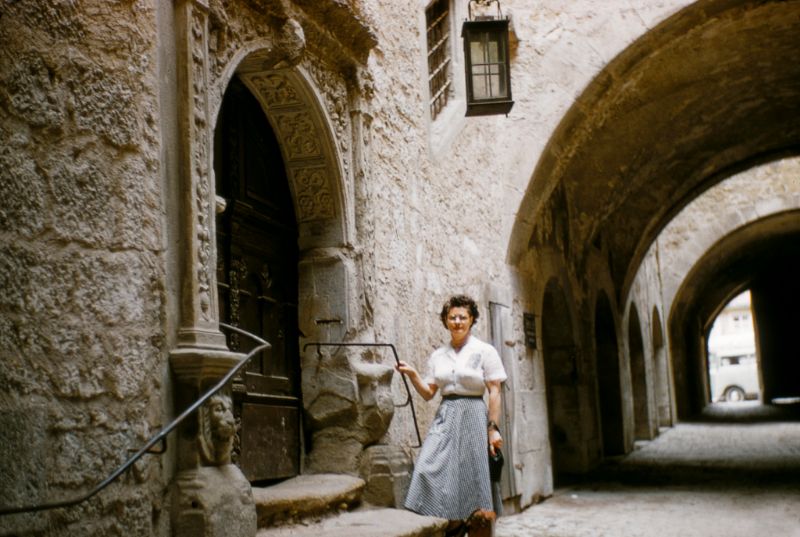 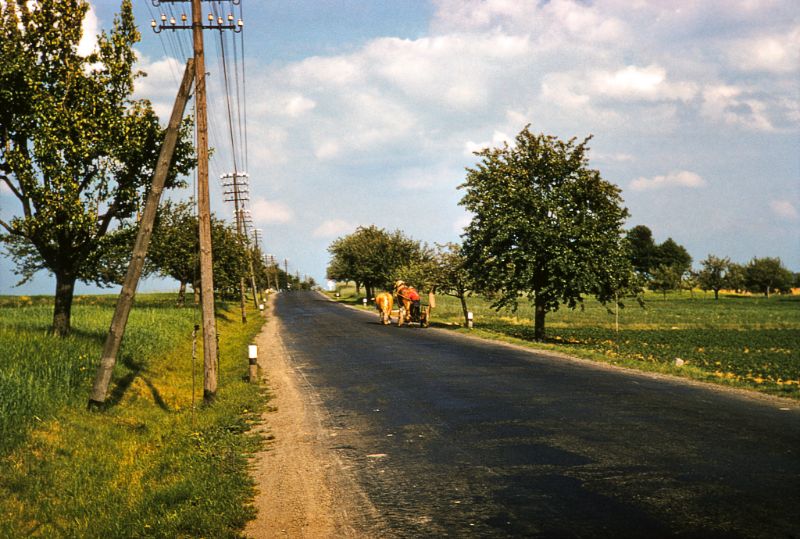 Frankonia Fountain in the Forecourt of Residence Wurzburg, Wurzburg. 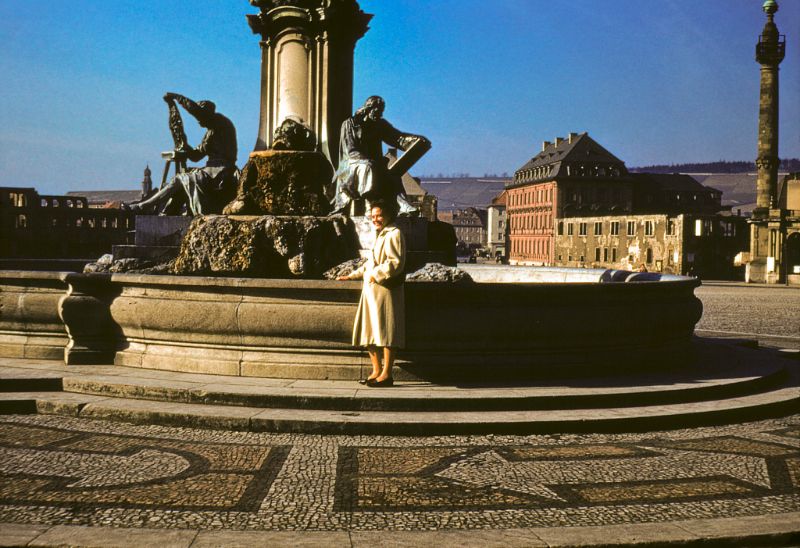 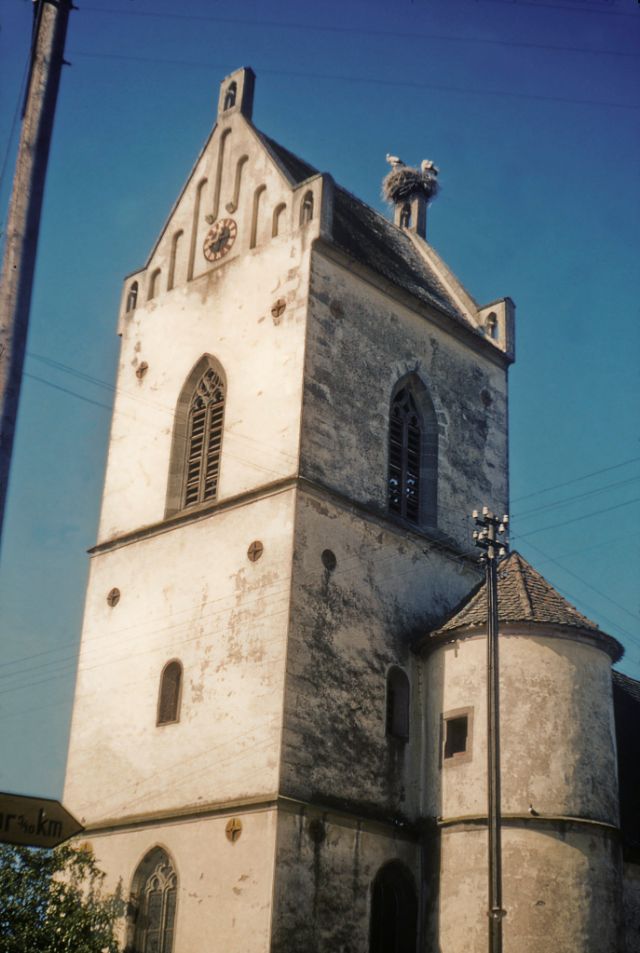 View from the Aussichtspunkt Viewpoint of Rothenberg. 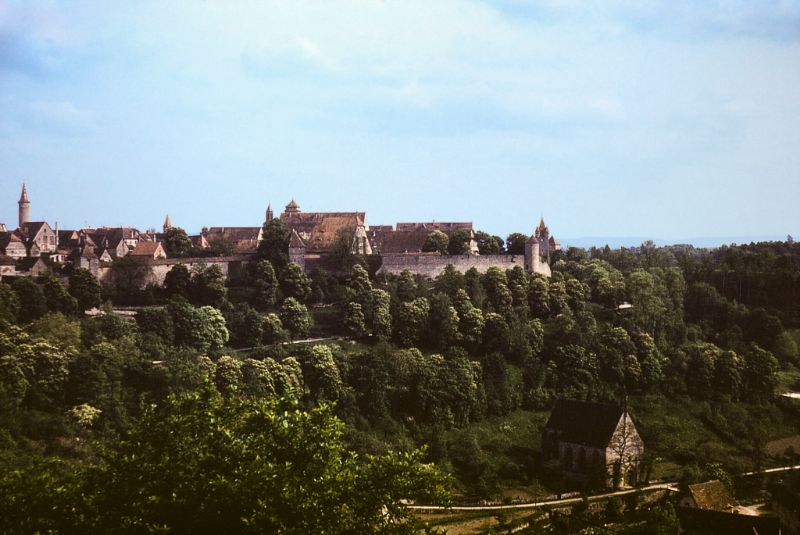 Several Women and a Man in traditional costumes, Spring or Folk Festival, Wurzburg. 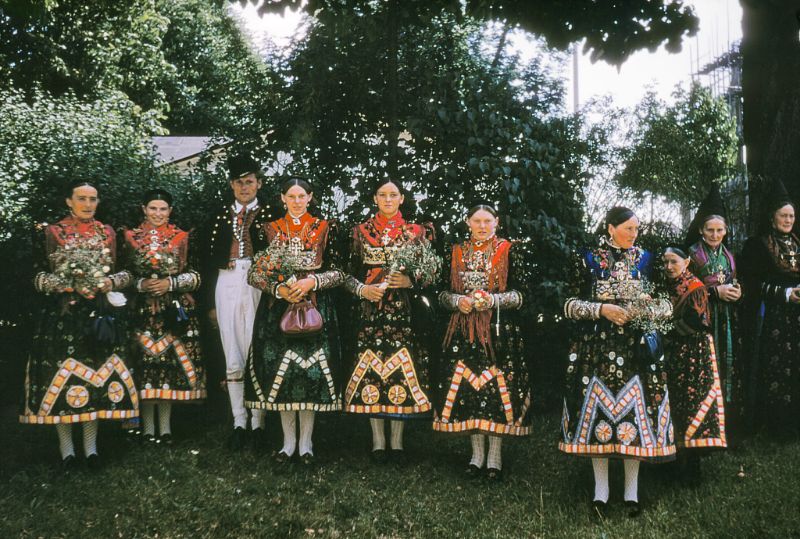 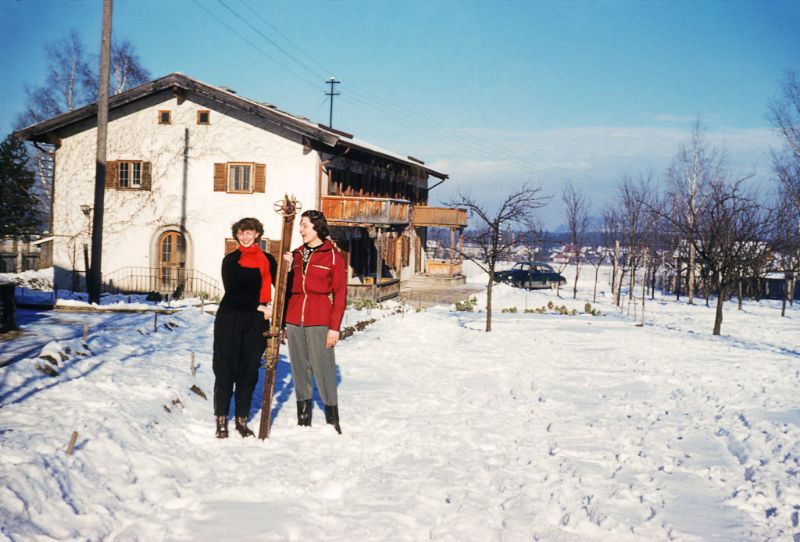 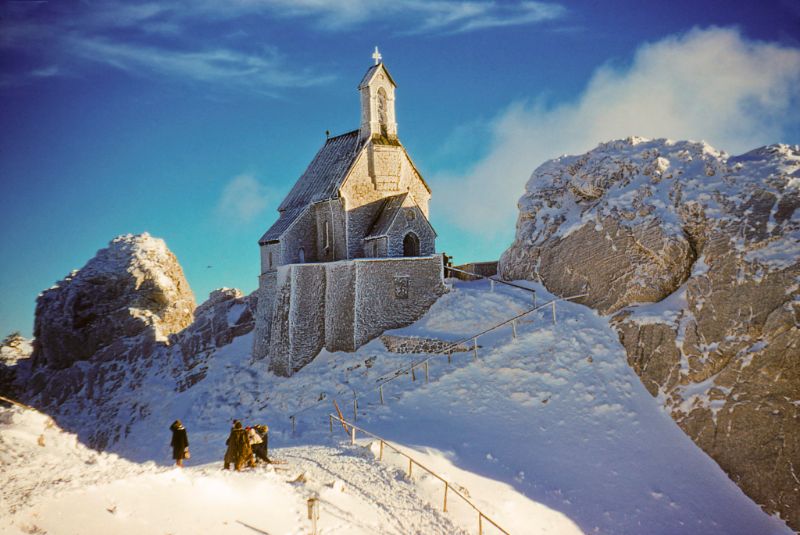 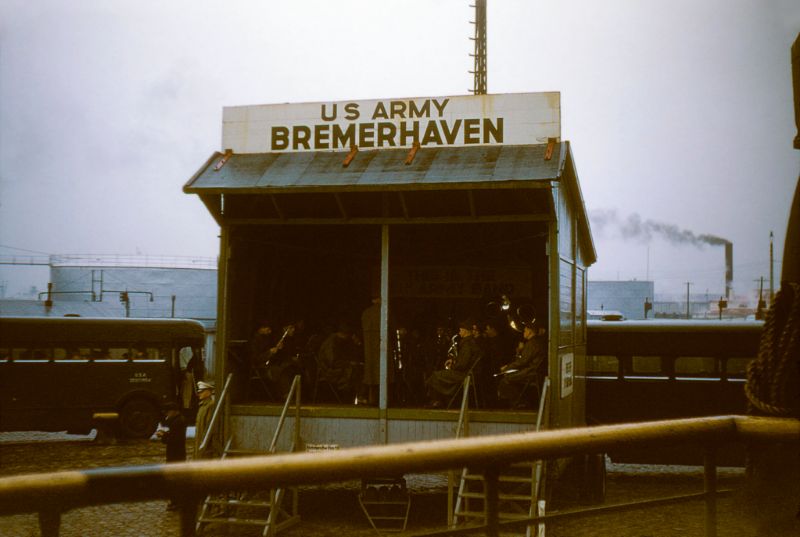 Photo of the Day: Stucked in Plastic Jar
Photo of the Day: The Third Smallest Baby to Survive in the World
Cool Pics That Capture Naughty Ladies of the 1950s
Photo of the Day: Holi Festival in Berlin
Germany After The World War II In Photographs By Josef Heinrich Darchinger
"Back To The Future": A Retro Hi Fi In A Dark & Cozy Man Cave
Photo of the Day: Jungle Nymph
The Oddbody Furby Community Turns '90s Kids' Toys Into Lovely Nightmares
No One Knows Who Took These Superb Hand-Colored Albumen Prints Of Japan In The 1890s
A Gallery Of Stunning Photos Of Classic Range Rover Conversions
Photo of the Day: Vibrant Bunch
Before Bikini: Cool Photos of Women in Swimsuits From the 1930s
How Soviet Propaganda ‘Taught’ People To Raise Children
Photo of the Day: Fuck Oil!
Photo of the Day: Invisible Man Hits Manhattan
Photo of the Day: Summer Child
Photo of the Day: Heavy Rains Fall over Bangkok
Photo of the Day: Flood and Glamour
Any Functioning Adult 2020 Presidential Election Campaign Is Getting Popular
Photo of the Day: Elvis the Croco
Beautiful Photos of Fiat X1/9, One of the First Truly Affordable Mid-Engine Sports Cars
Project David: Family Photos From the Future Past
"Ulm Nest": Sleep Capsules Are Designed to Protect Ulm Homeless People from Freezing to Death
Photographer Brent Stirton Captured Magnificent Images Of Mursi Warriors Of The Omo Valley In Ethiopia
1950s, army, germany, kodachrome, nurse, retro, travel, USA, vintage

Photo of the Day: Deepwater Dweller
Fascinating Vintage Photographs Documented A "Spirit Of Christmas" In The 1895–1930s
Photo of the Day: Survive
This Futuristic 1966 Ford Ranger II Concept Truck
Beautiful Pics Of Madonna Photographed In Alphabet City, NYC By Richard Corman In 1982
Photo of the Day: Fashioned Alpacas
Photographer Photoshops Her Dogs All Around The World So They Can ‘Travel’ During This Quarantine
Family Pets In Fabulous Vintage Holiday Greeting Cards
"Moments Around the World": Amazing Cinematic Travel and Street Photography by Billy Dinh
In the 1890s The Antikamnia Chemical Company Used Skeletons To Sell Its Killer Cures
2007 ‒ 2022 by Design You Trust. Proudly hosted by WebHostingBuzz.
Privacy Policy · Terms of Service · Content Removal Policy ❤️ 🇺🇦