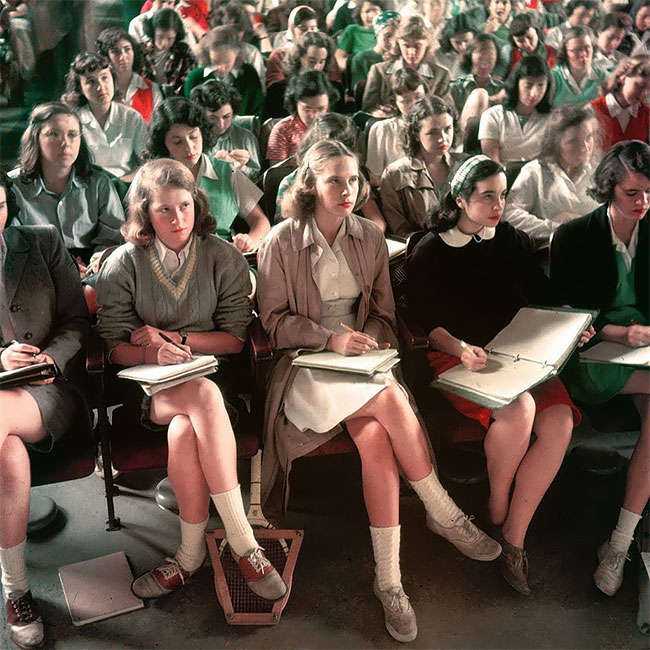 The Civil Rights Movement in the United States fueled the feminist movement as well. Women demanded equal rights in education on the basis that equality for all in education and under the law should include women of all races as well, not just men of all races. Like the fight against systemic racism, the fight against sexism, especially in higher education and the workplace, remains a difficult battle because the idea of the women’s role in the home and as a caretaker was deeply ingrained in United States society. 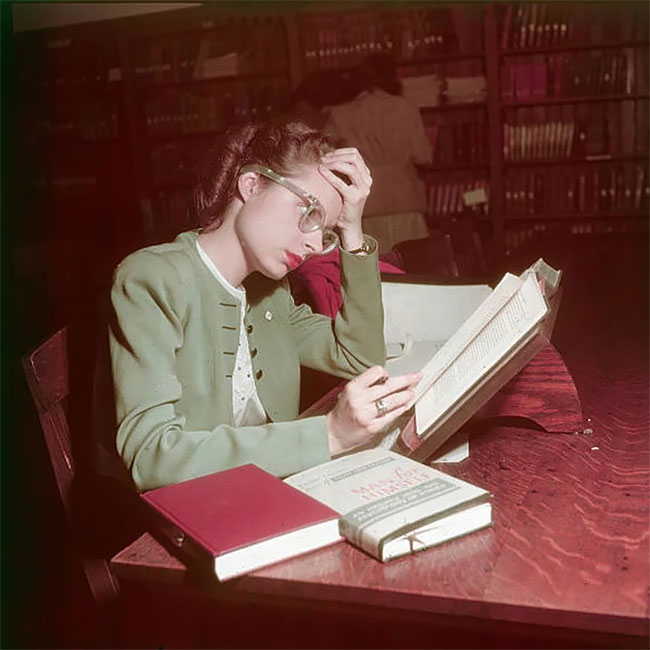 The 1940s and 1950s marked periods of decreased female employment, due to the post-War economic boom and return of men home from war. However, starting in earnest in the 1950s, the emphasis on homemaking as women’s primary role was slowly destabilized by a shift in private preferences toward a greater emphasis on careers. Teaching, a profession popular amongst women, was a good gateway for women entering other fields because it helped open people to the idea of women with careers. 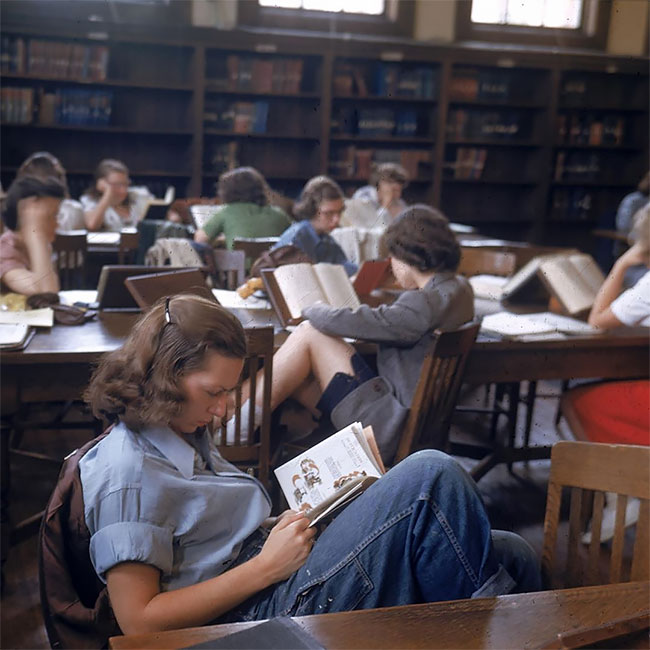 Below are some wonderful images of female students at Smith College, Northampton, Massachusetts in 1948. The photos were captured by Peter Stackpole for LIFE magazine. 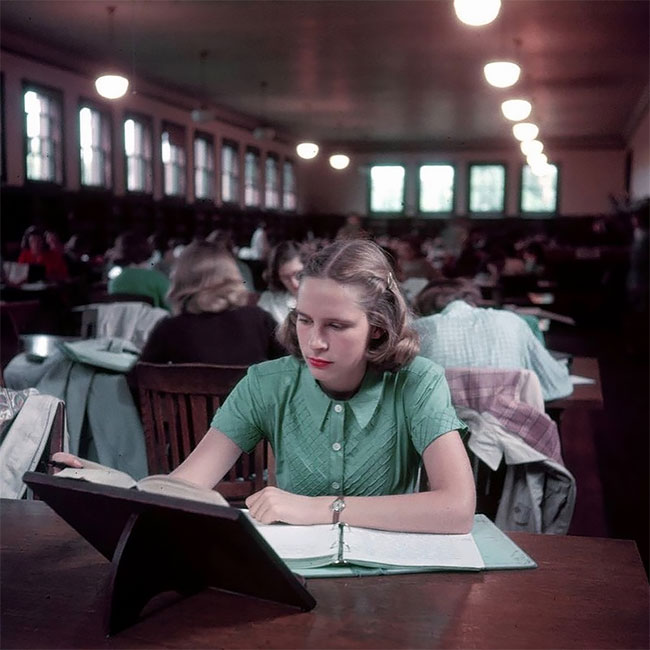 Smith College is a private women’s liberal arts college in Northampton, Massachusetts. Although its undergraduate programs are open to women only, its graduate and certificate programs are also open to men. It is the largest member of the Seven Sisters. Smith is also a member of the Five Colleges Consortium, which allows its students to attend classes at four other Pioneer Valley institutions: Mount Holyoke College, Amherst College, Hampshire College, and the University of Massachusetts Amherst. 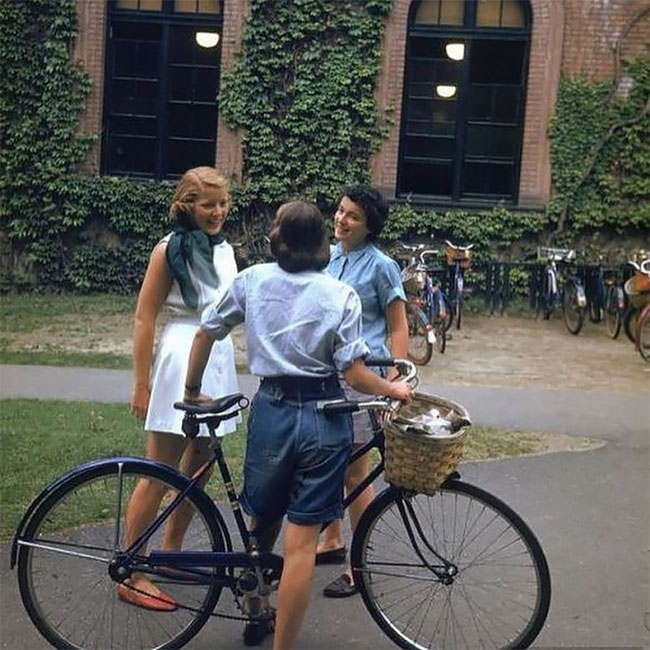 Janet Trowbridge who was featured in the 1949 LIFE article comparing a public co-ed school (Missouri) with the woman’s private Smith College. “…Janet believes that a woman’s college is the only place for a real education and that co-ed institutions like Missouri are just date factories.” 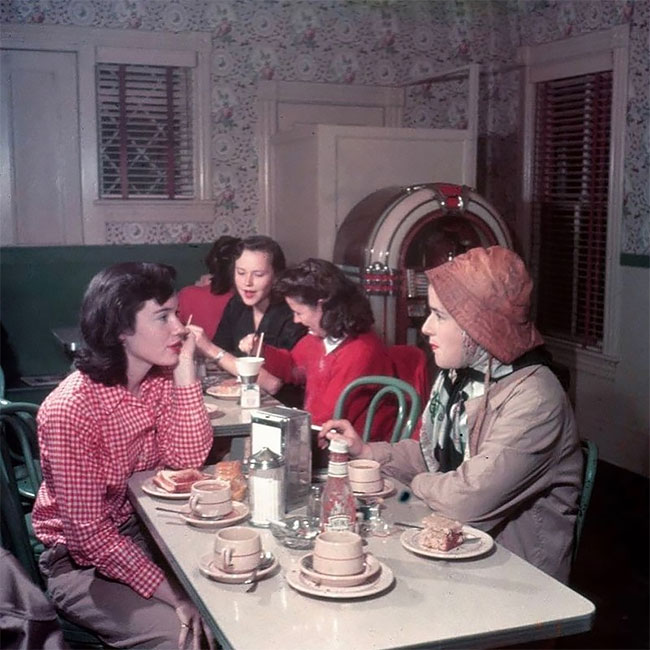 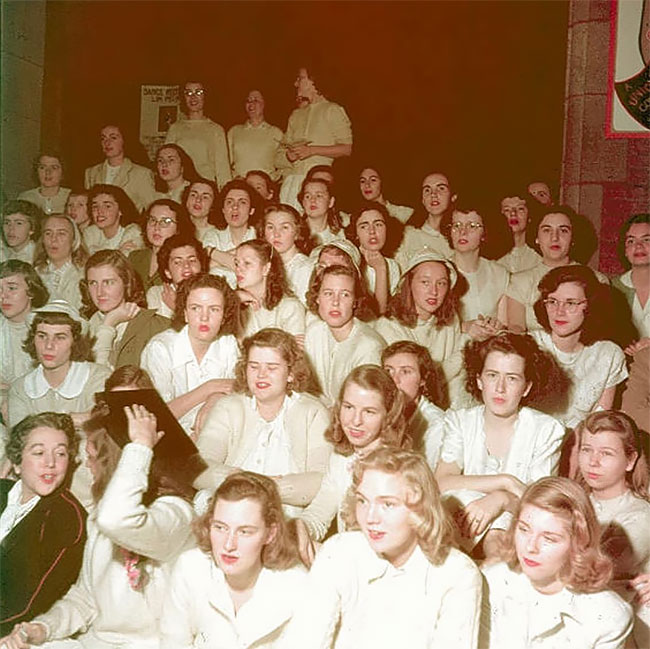 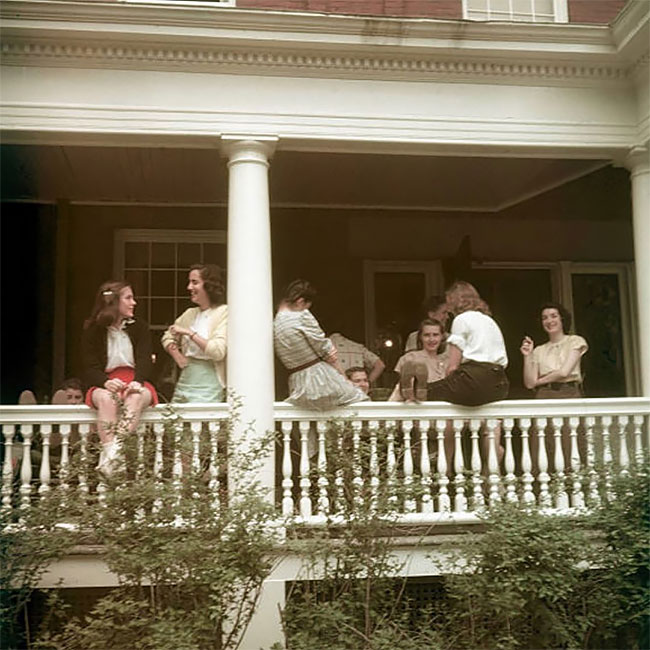 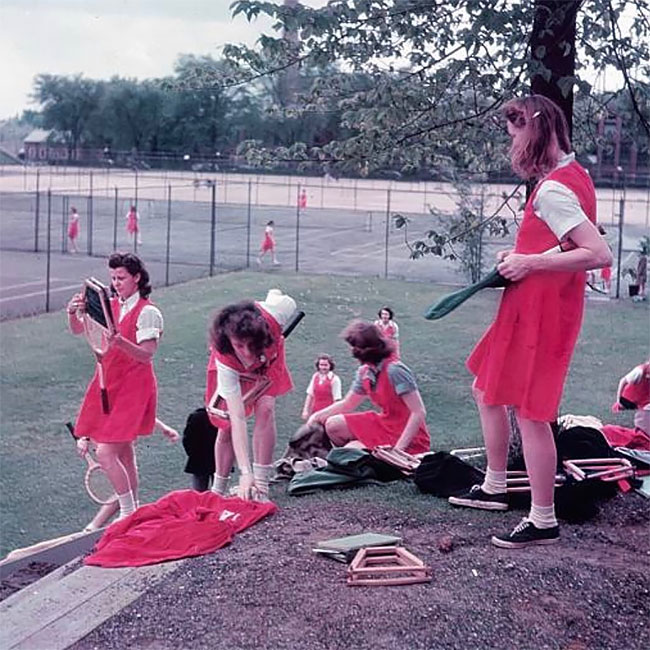 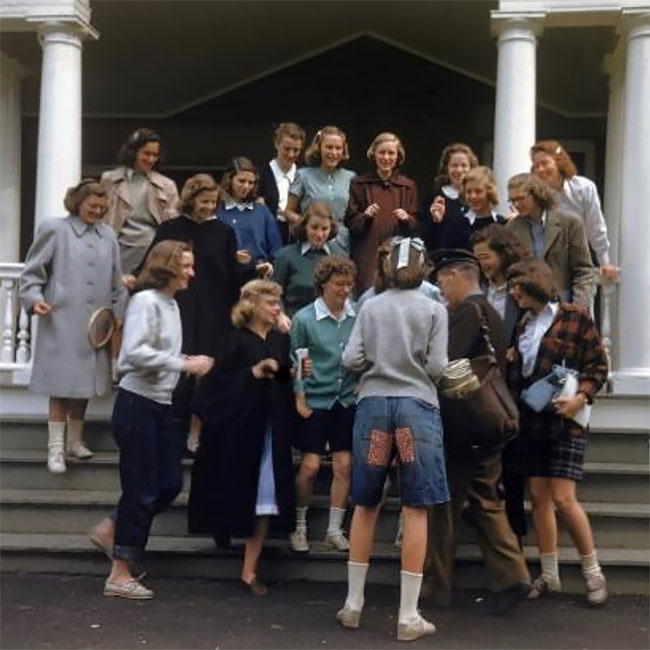