Human or Machine? Life-Like Android Robots from Japan Show Glimpses of the Future

A new exhibition entitled “Android: What is Human?” showing at the National Museum of Emerging Science and Innovation (Miraikan) in Tokyo will showcase some of the most realistic humanoid robots ever seen. 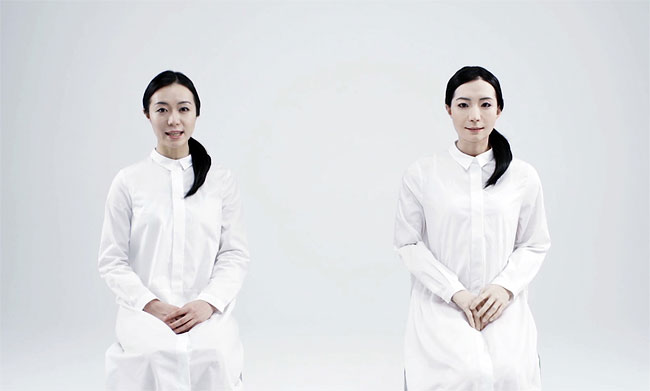 The three android robots include Otonaroid, an adult female android robot; Kodomorid, a human female child robot and Telenoid, a minimally designed robot. The robots are the brainchild of Japanese robotics expert Hiroshi Ishiguro, a professor at Osaka University’s Department of Systems Innovation who has been developing robots for over 20 years. 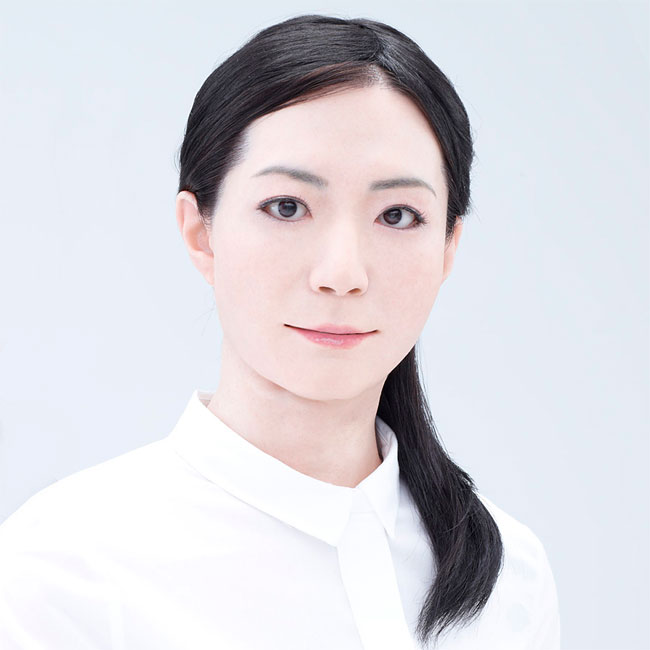 Otonaroid is a teleoperated android robot resembling an adult female, and according to the museum, she/it has been “hired” by the Miraikan as a “robot science communicator”. 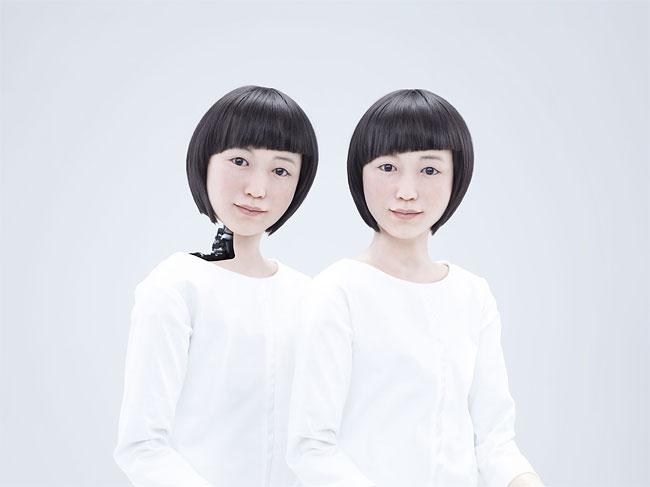 Kodomoroid is an android robot that resembles a human child. Unlike a real child, however, she/it is a robot news presenter, able to recite any news report gathered from around the world in a variety of voices and languages, 24 hours a day. 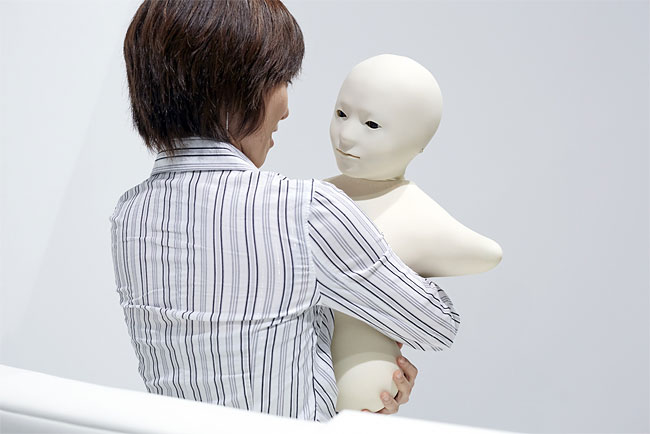 The third robot, Telenoid, is also a teleoperated android robot, but with a difference. It’s meant to have a minimal design and the minimum physical requirements for humanlike communications, so that people can pretend that the robot is anyone they wish it to be. 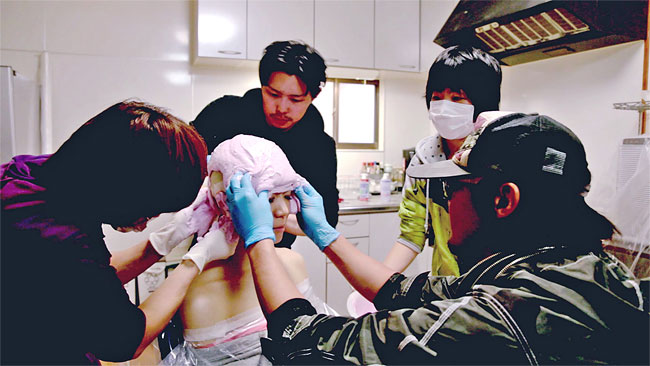 A complete plaster cast is taken of the model in order to create the android robot.

Mapping out a humanoid robot’s facial expressions: On the left, researchers test out commands sent from a computer to the robot Otonaroid to see its reactions. On the right, you can see the mechanisms inside the robot’s face. 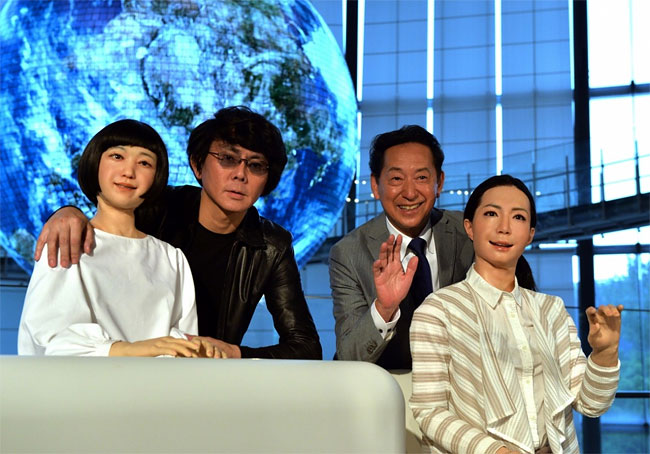 Technicians At The Government Of Alberta Dairy And Food Canada Laboratory In 1970s
"Rust In Peace": Bizarre Soviet-Era Cars Fill Russian Mechanic's Field
First Look at Harry Potter Studios to be Opened to Visitors in 2012
Cute Chinese Cargo Van Apartment
World's First Smart Virtual Store Opens in Korea
Innovative Umbrella That Keeps Your Camera Dry When Shooting In The Rain
3D: Printing the Future Exhibition
Behemoth Bike: German Man Builds Heaviest Bike In The World
Eye-popping China Int'l Optics Fair
A Car For The Jet Age: Cool Pics Of The 1956 Oldsmobile Golden Rocket
Air Clicker
Amazing Examples Of The Live-Action Reference Filmed For Disney's "Cinderella" In 1950 As You’ve Never Seen Before
Louie Mattar’s Cadillac, the Car That Has Everything, 1952
Clever Minibikes Built Out of Welded Fenders From Vintage Volkswagen Beetles
This New Electric Bike Was Designed With A Portable Battery
Dubai Opens New Driverless, Remote-Controlled Metro Service
1981 SAAB 906 Turbo, Sweden’s 6-Wheeled Colossal With Full Variety of Gadgets
How to Design a Nuclear Reactor - an Illustrated Rough Guide, 1956-1998
Evolution of The Planet of the Apes
Riding Giant Mechanical Tricycles In 1896
The Luxury Apartment On Wheels: Camping In Style In A 1930s Jungle Yacht
Japanese Inventor Builds Modern-day Ark in Anticipation of Another Tsunami
Monster Crane Collapses at National Cathedral
Pesticides Causing Havoc to Beehives
The Biggest Anamorphic Illusion In The World Has Been Successfully Revealed On The Largest Outdoor Advertising Screen In South Korea
The 1986 Oldsmobile Incas Had The Wildest Dashboard You've Never Seen
Power Company Uses Drone To Burn Trash Off High Voltage Wires
"Me & My TRS-80": Kids And Their Computers In The 1980s
Train Travels Right Through Hole In 19-Storey Block Of Flats
Man from Belarus Aged 87 Made His Own Electric Car
android, glimpses, human, japan, machine, robots