The 20 Brands With The Most Loyal Customers 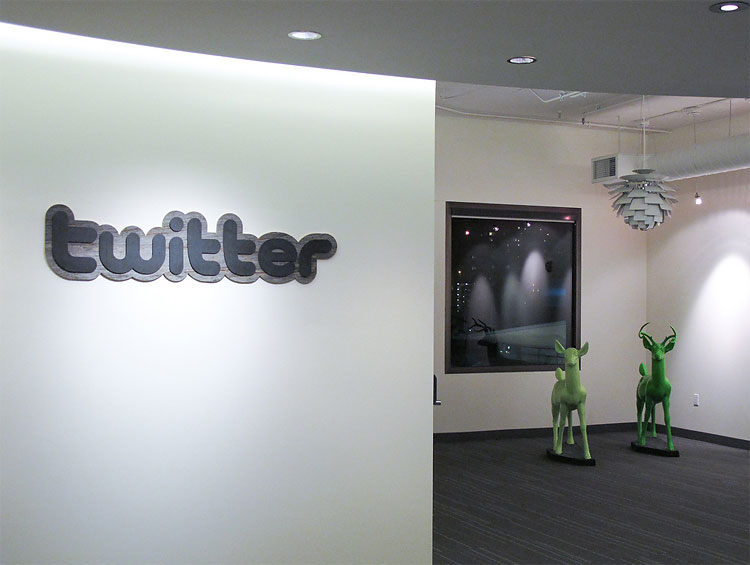 Social networks make their debut as a category in Brand Keys’ study this year, and Twitter comes in at #2 in the industry. Despite the variety of social networks around, there’s nothing quite like Twitter in the microblogging world, and it can be used as a supplement to their other networks. (Photo by Scott Beale / Laughing Squid) 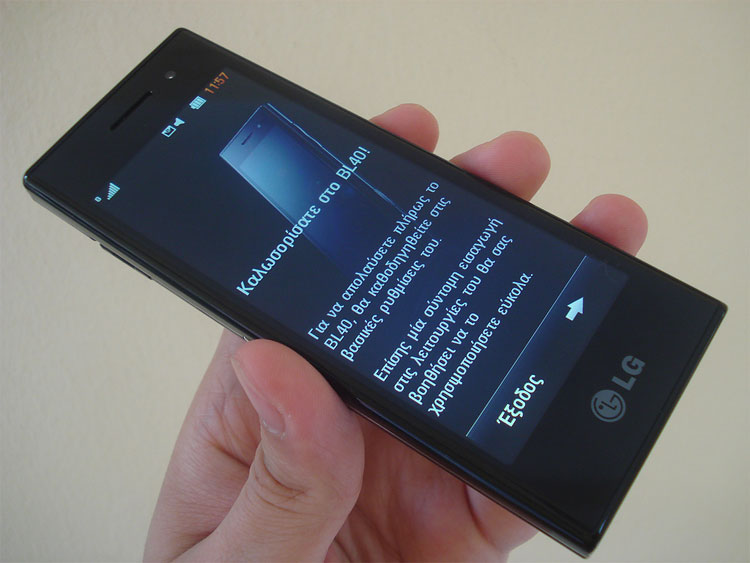 LG is one of three cell or smartphone brands in the top 20, and its cell brand was the only to make the top 100. Its other brands that were looked at in the study — smartphones and both types of HDTV’s — fell short. (Photo by John Karakatsanis) 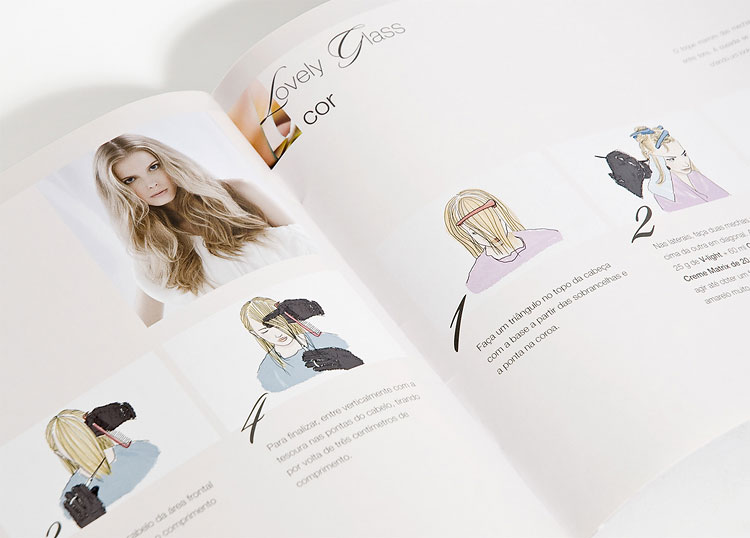 The folks that use L’Oreal’s hair color products are much more loyal than buyers of its other products. L’Oreal’s second-highest brand — its cosmetics line — ranked only 7th place in its industry despite cracking the top 40 overall. (Photo by Bureau Brasileiro) 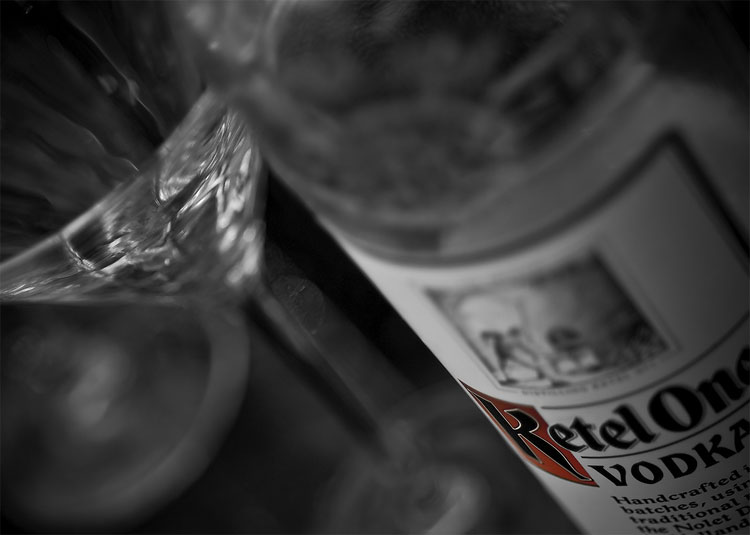 Ketel One came in as the #3 liquor brand and #2 in vodka. Branding — and the ability to differentiate — is particularly important in a busy competitive environment like the vodka industry which includes giant brands like Smirnoff and Absolut. (Photo by DodogoeSLR) 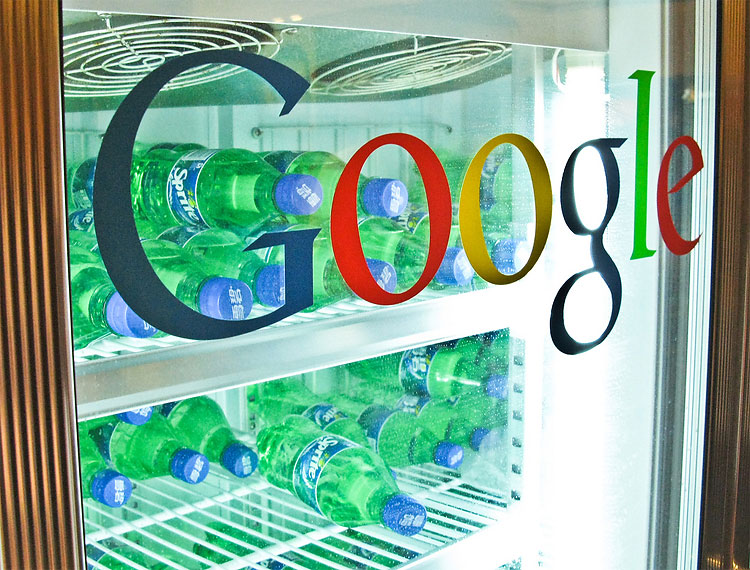 Google is the top search engine on the list, easily beating out both Bing (#30) and Yahoo! (#71) (Photo by Aray Chen) 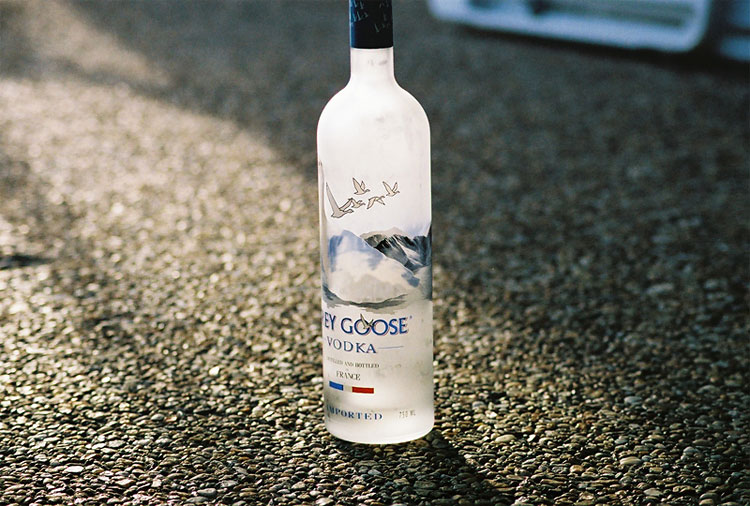 The strength of the Bacardi-owned premium vodka brand shines again in 2011, but not to the extent it has in the past, dropping 11 spots from last year. Both Grey Goose and Ketel One have outdone rival Belvedere — who pioneered the American premium vodka industry in the mid-1990’s — in growing bases of rabid fans. (Photoby Luda Arce) 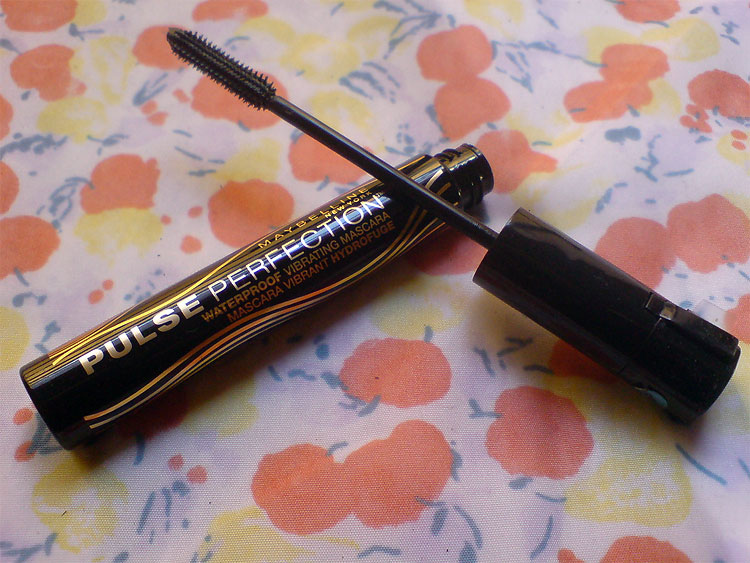 The L’Oreal-owned Maybelline clocks in at #2 in cosmetics, far ahead of its parent company’s cosmetics brand. Maybelline has maintained its loyal following through the past century despite going through many ownership changes, showcasing the power of a strong brand. (Photo by Catwalk_bolsas) 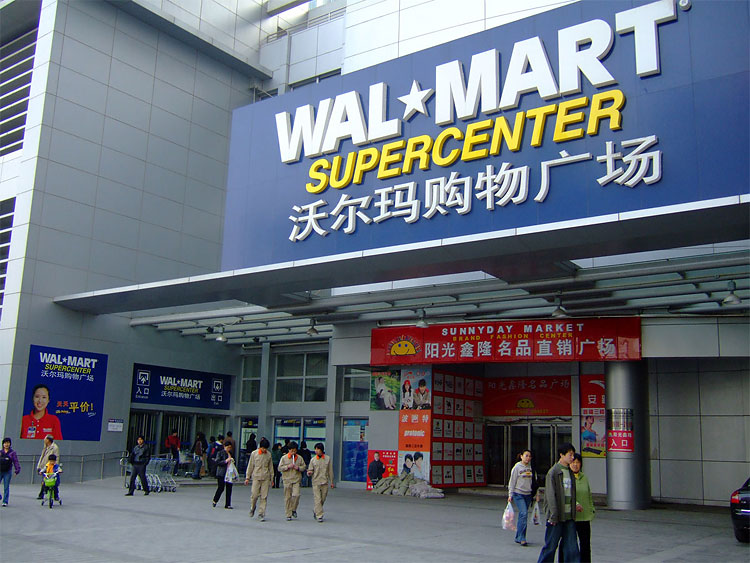 The world’s largest retailer once again beats out Target and Kmart in the discount retail category, though it drops 10 spots overall. Despite not having an explicit loyalty program, their promise of “Every day low prices” keeps people coming back for more. (Photo by galaygobi) 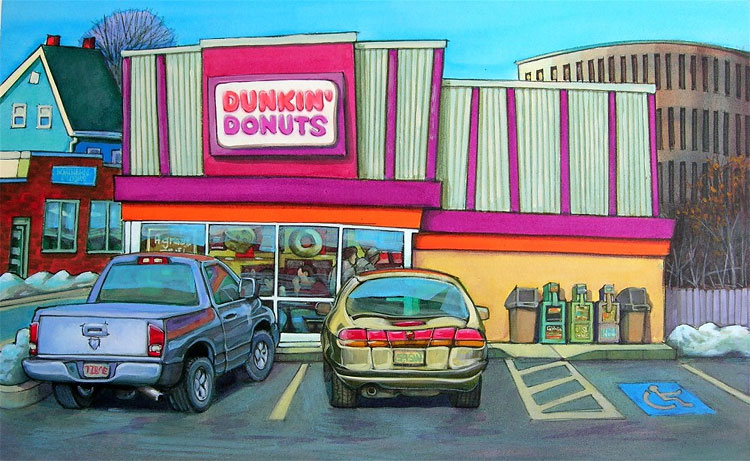 Dunkin’s coffee drinkers are far more loyal than Starbucks’, who improved from #452 to #100. McDonald’s coffee also beat Starbucks, coming in at #26 on the index. (Illustration by poldee) Crest Whitestrips wins in the debut of the new tooth whitener category, ahead of the Five Minute Speed Whitening System and Rembrandt Whitening. It’s hard to differentiate dental care products, so it’s important that they leverage the existing brand from its other products — and that the product itself performs. (Photo by BorsaWallace) 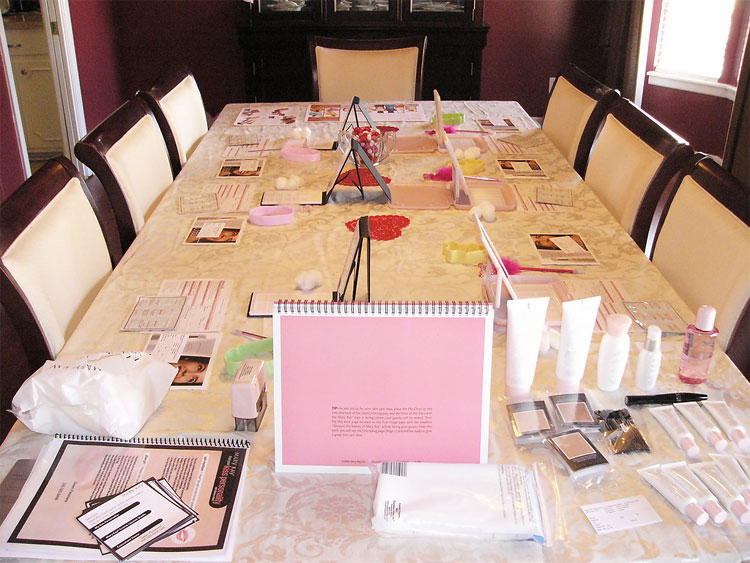 Mary Kay is the top cosmetics brand on the index. The still-privately held company has been making skin-care and cosmetics products since the 1960’s, and the brand has remained resilient despite numerous controversies. (Photo by Mary Kay Abilene Dawn Fleishans) 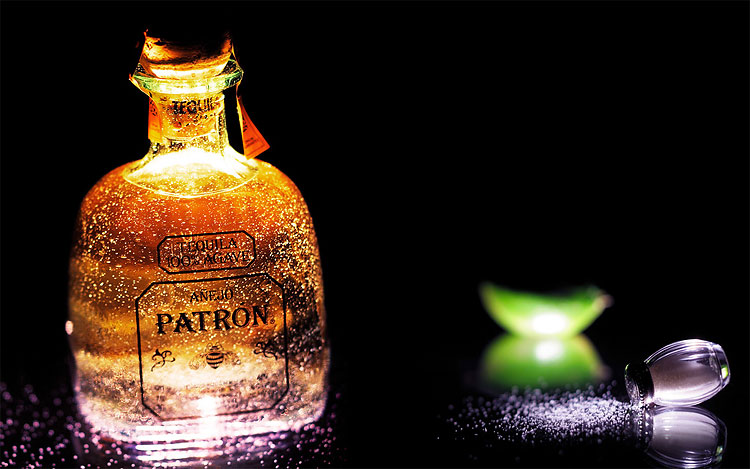 Premium tequila brand Patron checks in as the highest liquor brand on the index. There are three other tequila brands that made it into the top 100: Don Julio (#29), Sauza (#41) and Jose Cuervo (#81). (Photo by Peter Jennings) 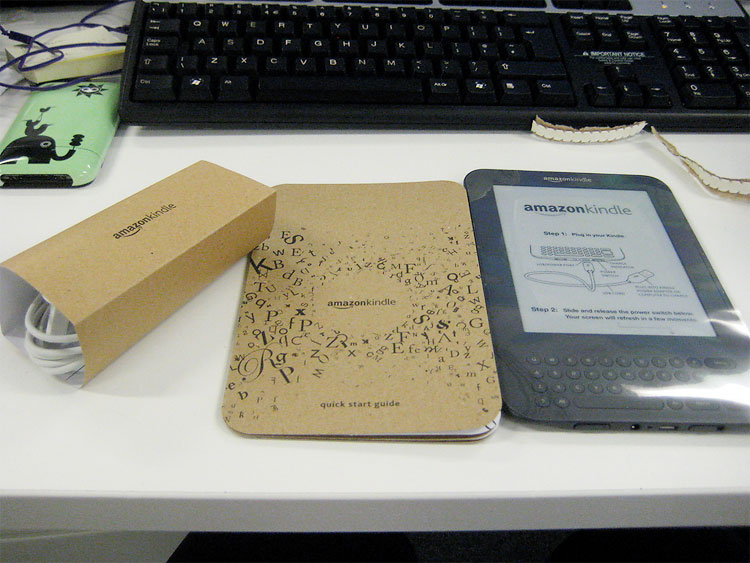 In another new category, Amazon’s Kindle ranks as the top e-reader, though Barnes & Noble’s Nook (#52) also debuts in the top 100. (Photo by RachelC) 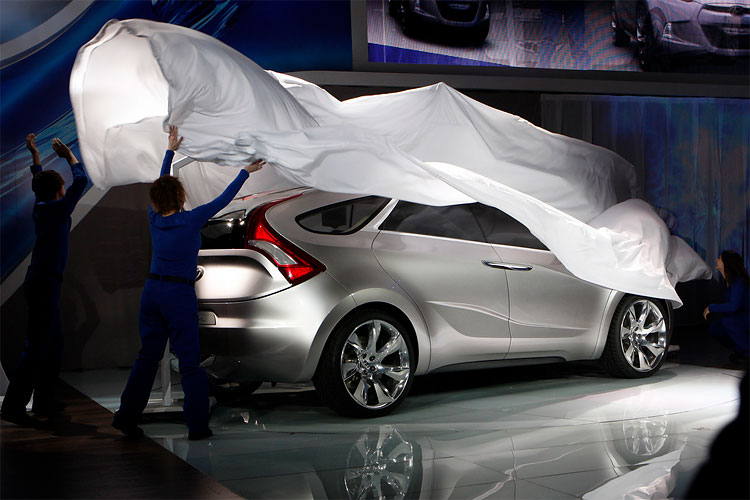 Hyundai is the only auto brand in the top 20 and, dropping just one spot from the previous year. It’s an impressive long-term turnaround for Hyundai, whose rebranding from cheap-to-premium has been no easy feat to pull off. (Photo by photoren) 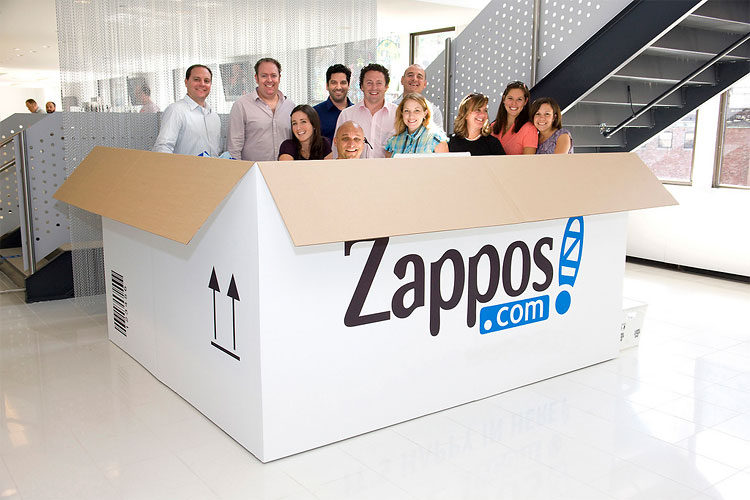 Tony Hsieh’s Zappos has used a loyalty-based business model from the get-go, creating a culture around that brand that naturally encourages repeat buying. Though Amazon bought the company out in 2009, Zappos was allowed to stay an independent entity and kept its branding. Its loyal consumer base stayed. (Photo by mullenadvertising) 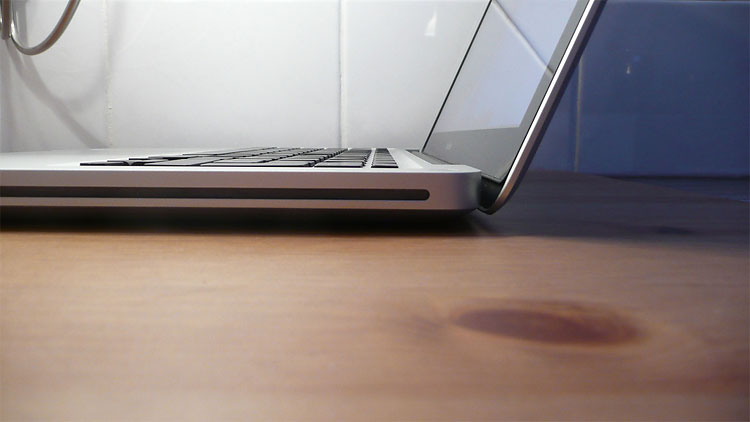 Apple’s Mac brand maintains its spot at #5 in this year’s rankings, supporting its infamously loyal fanbase. Few brands have created the deep feeling of personal identification that Mac users have felt over the years. (Photo by notebooknotes) 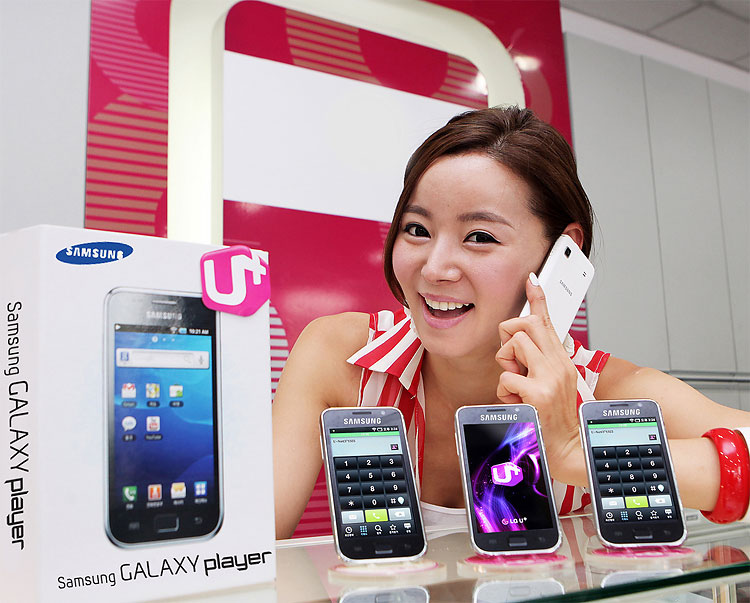 Samsung’s cell phones come in #1 in the category — a ranking they’re used to, having held that title for the past eight years on the index. Though #2 in smart phones too, its overall ranking is #57 — miles behind the industry leader. (Photo by samsungtomorrow) 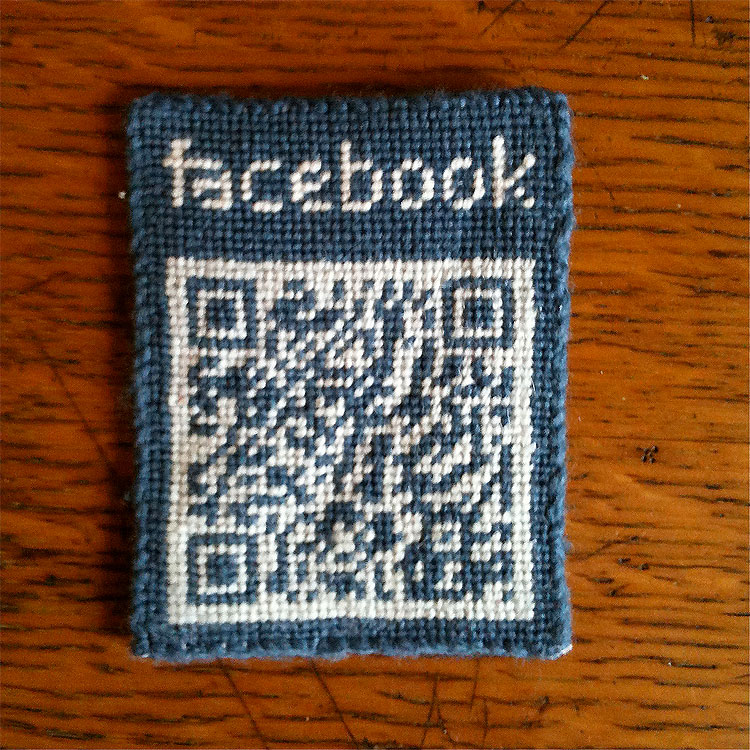 Mark Zuckerberg’s network debuts on the list this year having surpassed 750 million active users. With MySpace decimated and essentially out of the picture, Facebook has free reign over the mainstream bulk of the industry, making it no surprise that its customers are loyal enough to get the social network into the top three. (Photo by tikaro) 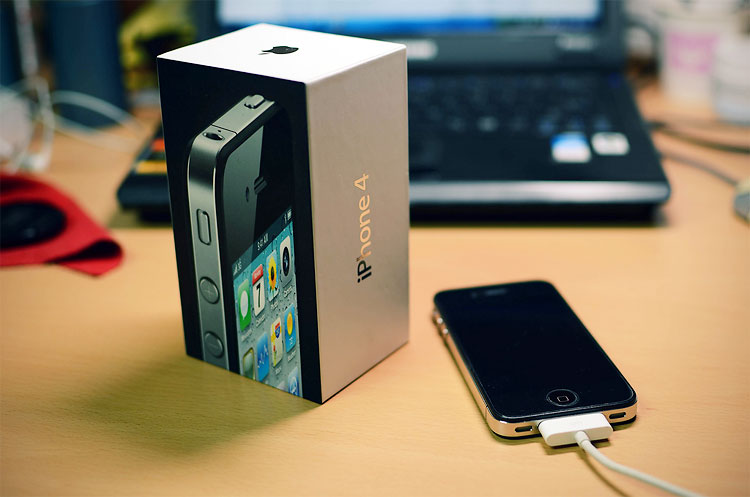 Apple’s iPhone drops out of the number one spot, but not far, still giving Apple two separate rankings within the top five. (Photo by JunyoungPark) 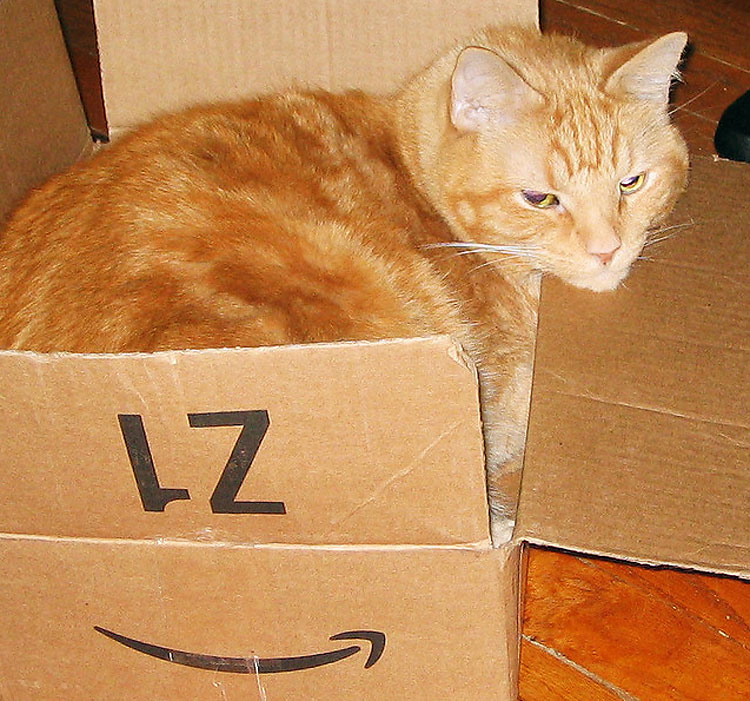 One of three online retailers in the top 100, Jeff Bezos’ mammoth online retailer jumps into the top spot, grabbing it from Apple’s iPhone. Amazon has long thrived on its loyal droves of customers, using its brand and ability to offer lower shipping rates to keep customers coming back. And its loyalty program, Amazon Prime, is growing 20% each year, and now has 5 million customers signed up for it. (Photo by suzerain)

A Pair of Back to The Future Fans Have Built the World’s First Life–sized Replica of The Time Travel Train
That's Why We Wanted To Build Communism - To Open Bottles After A Hard Day's Work
Turns Out, CPR Doll’s Face Is A Copy Of 19th Century Drowned Woman’s Face
25 Redesigns Of Famous Logos And Some Of Them Are Better Than The Original
Ukrainian Bakery Creates Galaxy Eclairs That Look Too Good To Eat
“Reel It In Rule It Out”: The Superb Bionic Sculptures by Yein Lee
These Are the World’s Oldest Masks Ever Discovered, And Are Estimated to Be 9000 Years Old
Butterfly Cup: The Highly Innovative All-In-One Disposable Hot and Cold Drinks Cup that Eliminates Plastic Lids & Straws
Artist Smashes Glass Storefront With A Hammer And Creates Amazing Art
A Well-Dressed LEGO Alien Xenomorph Prepares For A Day At The Office
Source of inspiration since 2007. Proudly hosted by WebHostingBuzz.
Privacy Policy · Terms of Service · Content Removal Policy 🇺🇦 ❤️