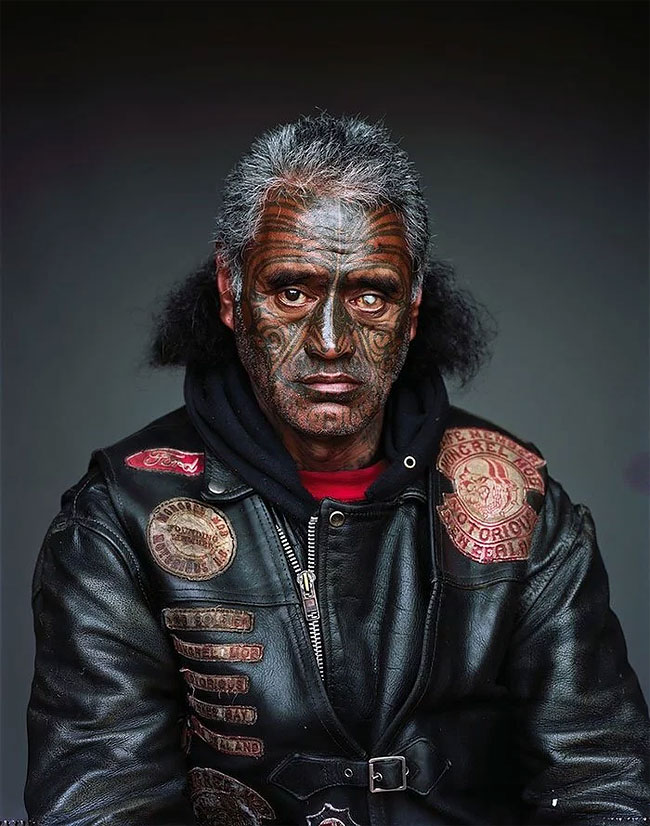 Upstairs at City Gallery is the second presentation of photographer Jono Rotman’s Mongrel Mob portraits. Based in New York, Rotman returns regularly to New Zealand to work on this project, for which he has travelled the country over seven years to visit the homes of over 200 men. 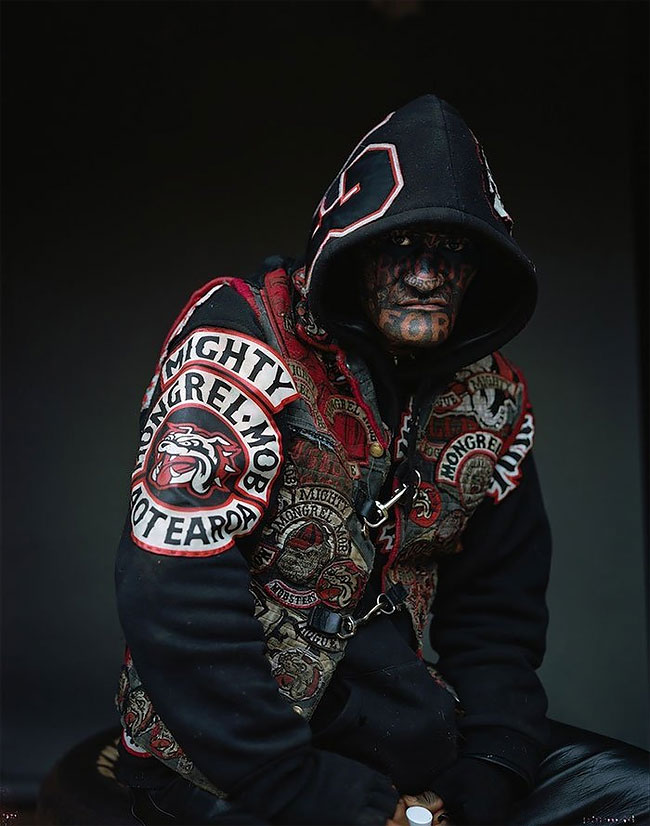 Rotman uses traditional portrait conventions and techniques to unsettle expectations of portraiture and the standard media representation of gangs. By doing so, this work questions why we consider certain types of people suitable to hang on a gallery wall in a formal portrait. “Is it glorification because they are good photographs? Should it be that these guys should only be shown in bad photographs or in police mugshots?” Rotman’s portraits offer neither glorification nor caricature. He says, “I hope that viewers are forced to consider each man in person and consider deeply the forces that made him.” 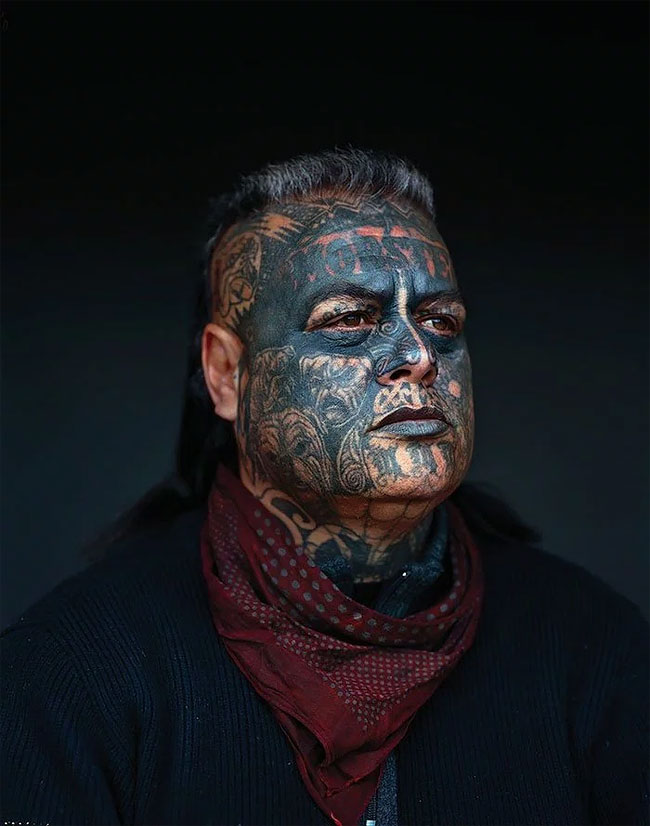 Rotman’s portraits were first shown at Auckland’s Gow Langsford Gallery in 2014. City Gallery’s exhibition expands on this selection, and includes unseen work from the original series. It also introduces new pieces which extend Rotman’s engagement with different types of portraiture through which he offers other perspectives on members of the country’s most notorious gang. 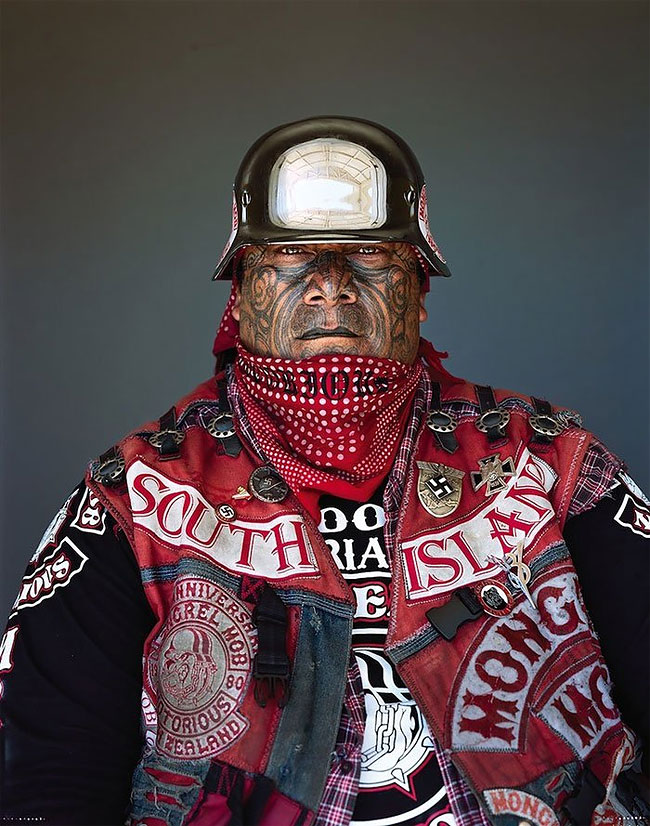 In 2013, Rotman was awarded the prestigious Marti Friedlander Award for Photography on the basis of his Mongrel Mob photographs. The Award’s namesake, renowned photographer Marti Friedlander says, “The photos of these men moved me to tears. It seems almost as if Rotman has understood something and revealed the person behind the badge without prejudice.” 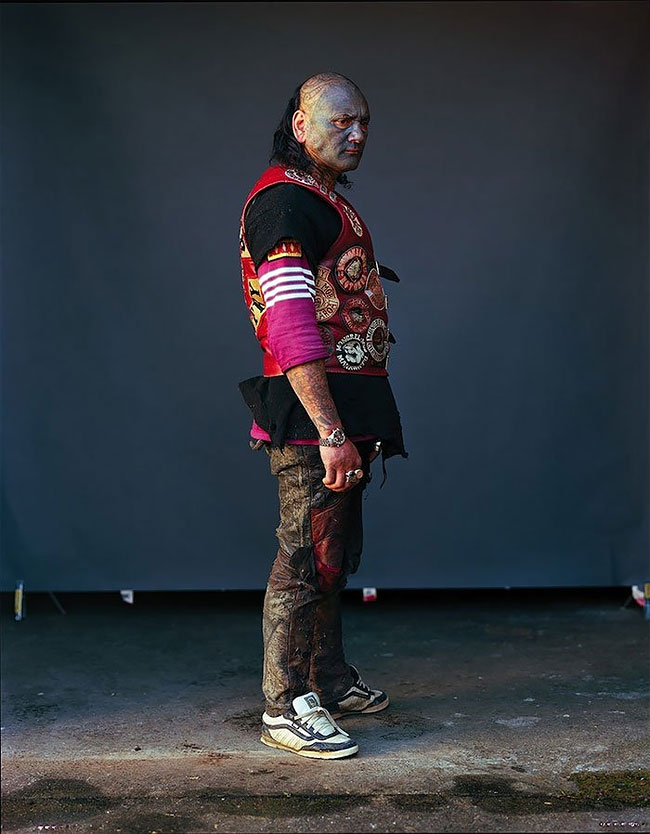 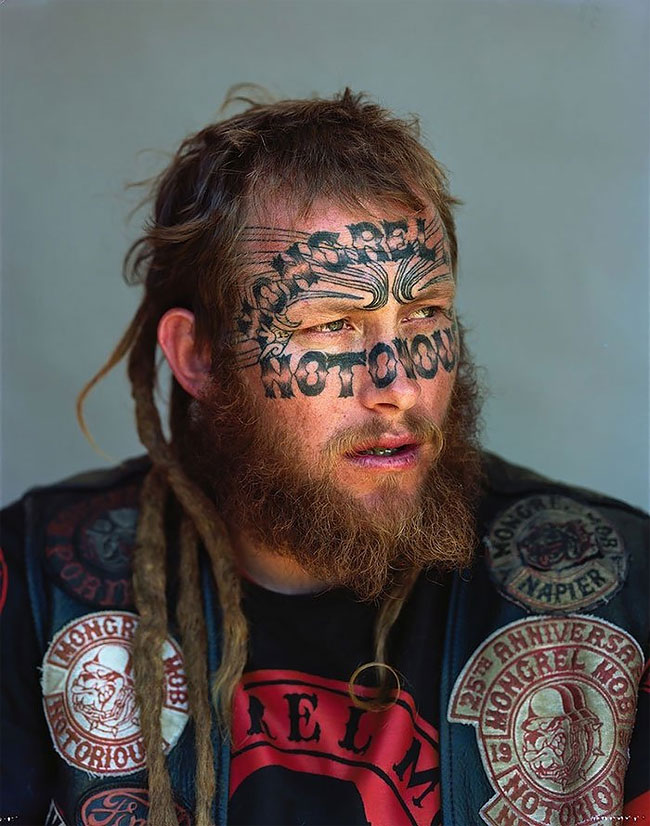 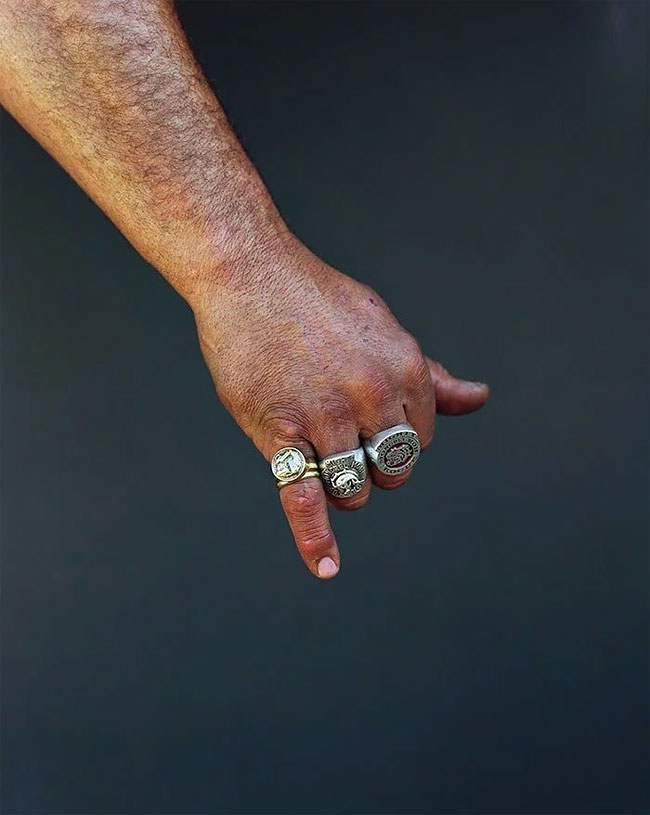 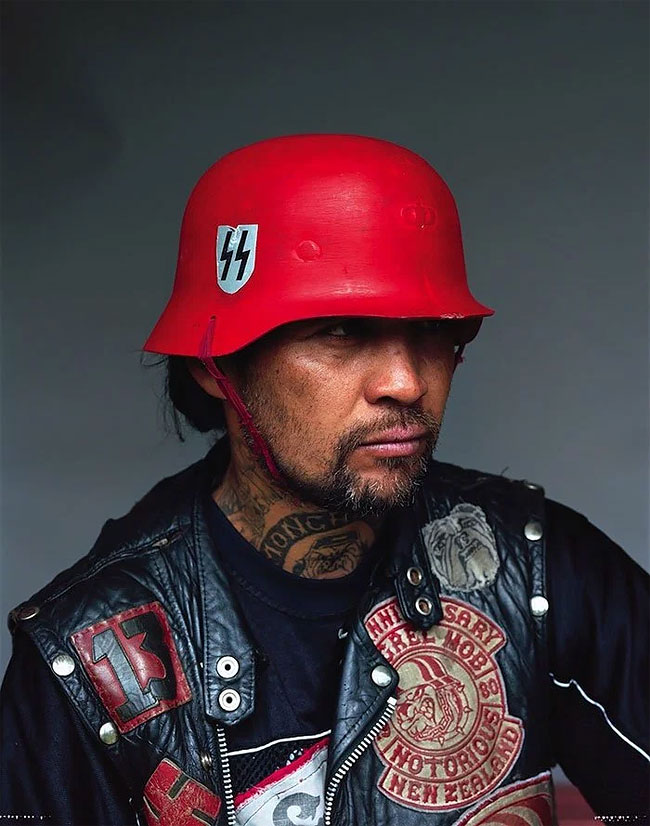 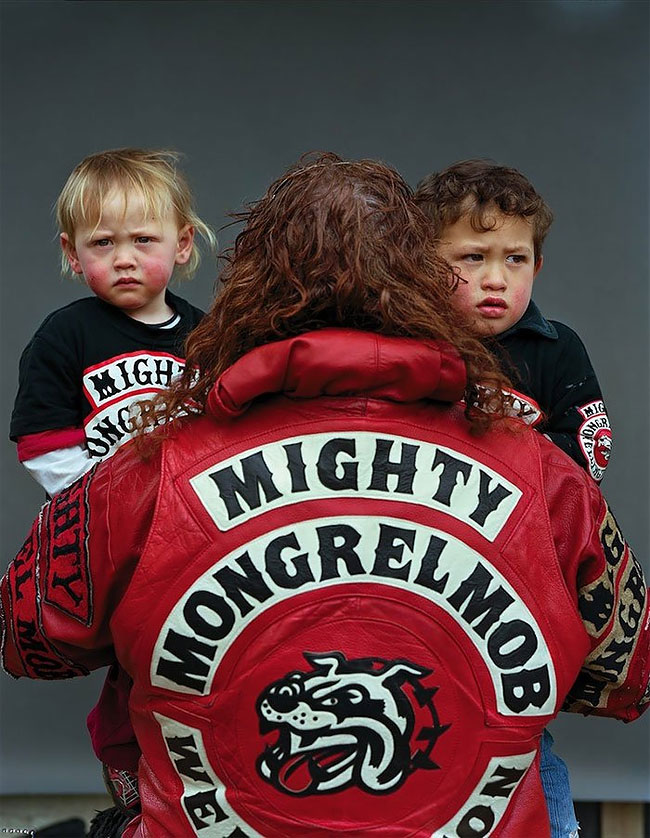 A Day at the MoMA with Bill Murray
Photographer Shares His Favourite Shots Of The Landscapes Of England
Rare And Awesome Behind the Scenes Photos of “Star Wars” Special Effects
Veteran Storm Chaser Captures The Stunning Beauty Of Deadly Monsoons In Arizona
Bring The Beat Back: Youth Culture And Energy Of The 80s New York
Olivia Wilde for Modern Luxury
DEKOCHARI: The Youth of Japan Customise Their Pushbikes in Extreme Ways
Photographer From Slovakia Took Portraits Of Dogs And They Are Beautiful
Up All Night By Mariya Novakova: Nighttime Is Beautiful In A Series Of Moody City Snapshot
Spectacular Winning Images of The Milky Way Photographer of The Year 2022
This Greek Man Living in Malta Has Been Posting Photos of His Forehead on Instagram for Six Years
"Skeleton Flowers" Turn Beautifully Transparent in the Rain
Christine Osinski’s Photographs Of Staten Island’s Overlooked New Yorkers In 1980s
The Royal Photographic Society's 2019 Science Photographer Of The Year Shortlist
2014 National Geographic Photo Contest, Week 5
Sony World Photography Awards 2016 Winners
2015 National Geographic Traveler Photo Contest – June Selects
This Photographer Creates Paintings That Are Actually Photos
In Bed with Marilyn Monroe
That’s How Bored Bookstore Employees Entertain Themselves
Soviet Hooligans: Goths, Punks And Metalheads Of The USSR
Stunning Finalists Photos Of London Street Photography Festival
Photographer Spent 3 Weeks In Japan And Captured Cyberpunk And Noir Film Inspired Photographs
"Sometimes Blue and Cold, Sometimes Hot and Intense"
mongrel, portraits, rotman

Cinematic And Cyberpunk Urban Photography By Felipe OA
Wildlife And Stars In Stunning Photographs By Mark Andrew Thomas
The other Side of Bengaluru - India’s IT capital
"Small Town Noir" – Twenty-One ’30s And ’40s Mugshots From New Castle, Pennsylvania
Christmas with the Chimps
Try Not To Gag At These Photos Of Vintage Eating Contests!
See How the Hollywood Sign Has Changed from between the 1920s and 1970s
Photographer Hires Low-Cost Retouchers On Fiverr, And The Results Are Hilarious!
These Photographs Of Creepy Children Will Terrify You
Photographer Captured Fascinating Photographs that She Found on Old Tombstones in Italian Cemeteries
2007 ‒ 2023 by Design You Trust. Proudly hosted by WebHostingBuzz.
Privacy Policy · Terms of Service · Content Removal Policy ❤️ 🇺🇦