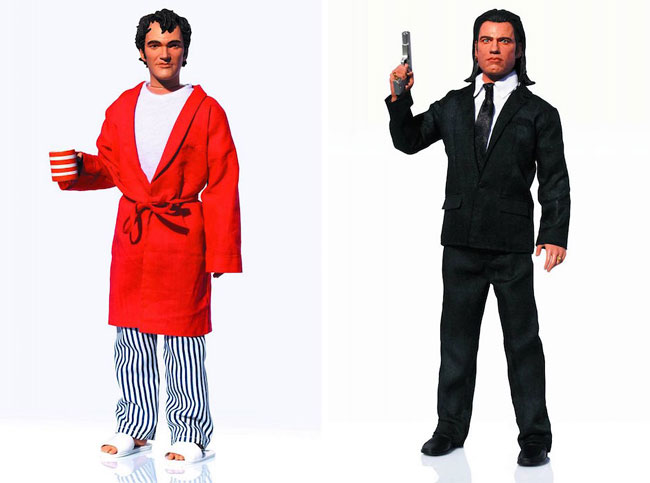 Toymaker Beeline Creative are the geniuses behind what appears to be the greatest line of action figures ever created – four thirteen-inch likenesses of Jules Winnfield, Vincent Vega, Jimmie Dimmick and Butch Coolidge from the 1994 film Pulp Fiction that are also able to hurl many of the memorable obscenity-laced quotes from the flick whenever the mood strikes you. Oh, I’m sorry… did I break your concentration? 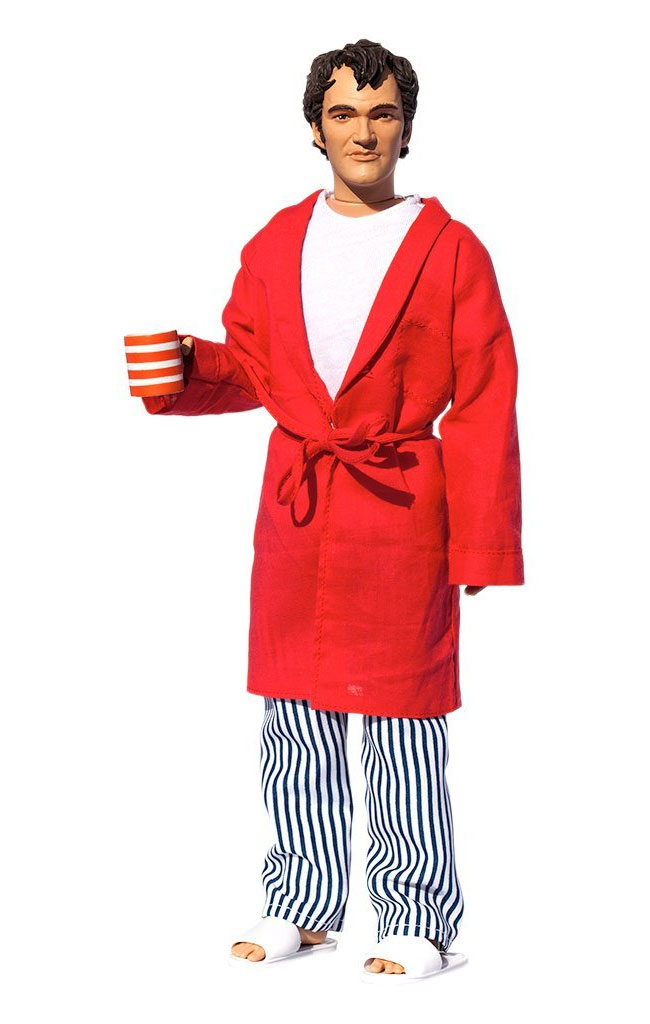 All of the figures are poseable and also come with different artifacts specific to their character in the film. For instance, the figure based on Quentin Tarantino’s role as Jimmie Dimmick comes with removable slippers and a cup of “really good fucking coffee,” and Bruce Willis’ character of boxer Butch Coolidge comes with a samurai sword, bloody shirt and his “father’s watch” that was once carried around for safekeeping in “Captain Koon’s” ass (played by Christopher Walken in the film).

“Motherfucker do that shit to me, he better paralyze my ass because I’d kill the motherfucker, know what I’m saying?” 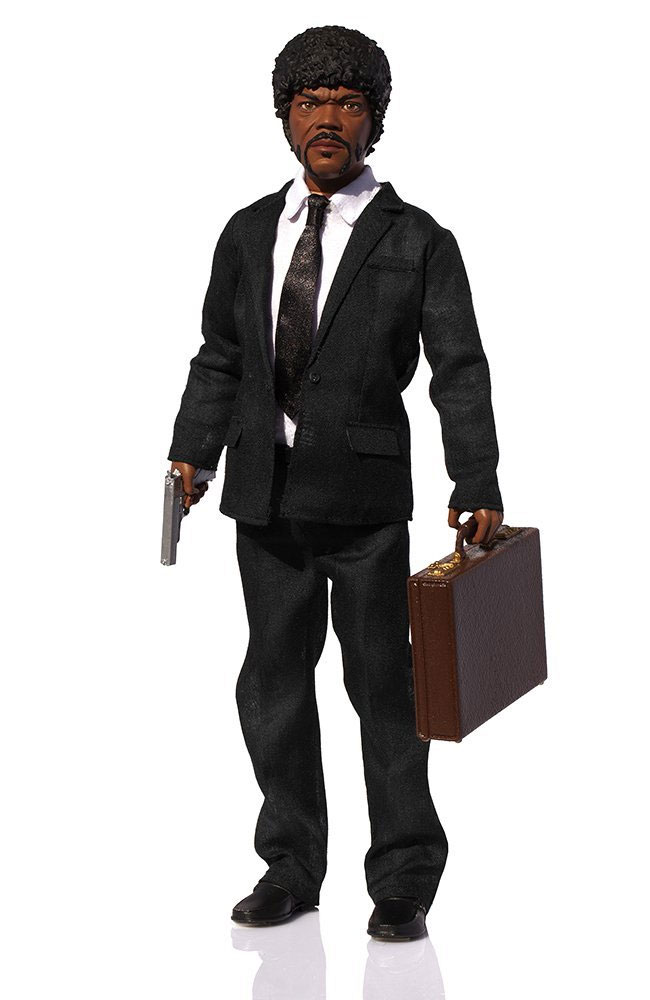 Each of the figures have the ability to curse you under the table with the push of a button. In other fantastic fucking news, the Vincent Vega figure (pictured above) comes loaded with the most quotes of the four figures, a whopping twelve f-bomb laden lines from the film.

“All right. Well, you can walk into a movie theater in Amsterdam and buy a beer. And I don’t mean just like in no paper cup, I’m talking about a glass of beer. And in Paris, you can buy a beer at McDonald’s. And you know what they call a Quarter Pounder with Cheese in Paris?” 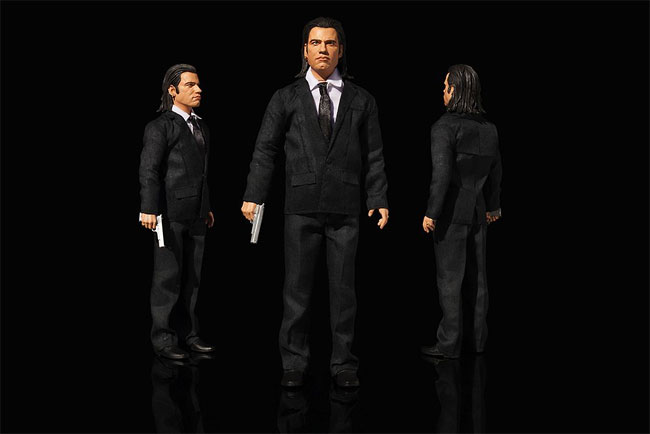 The figures are out now and will run you about $50 bucks a pop (I’ve included links if you care to purchase any of them in the post) with the exception of Butch Coolidge (below) which appears to have a Spring 2016 release date. 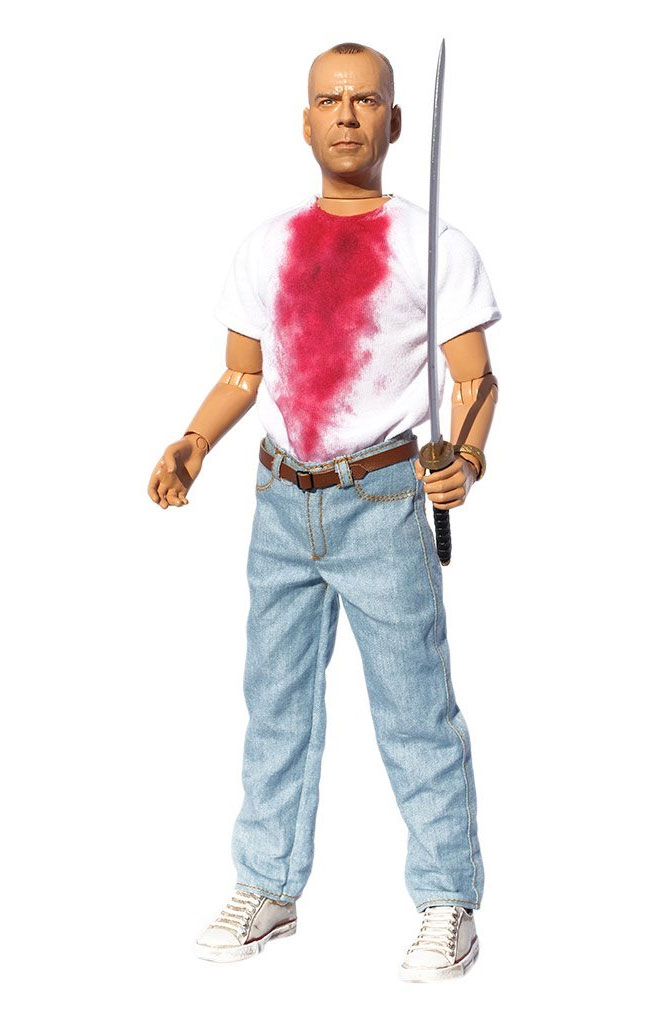