These Images Beautifully Explain Why Reproductive Justice Affects All Of Us 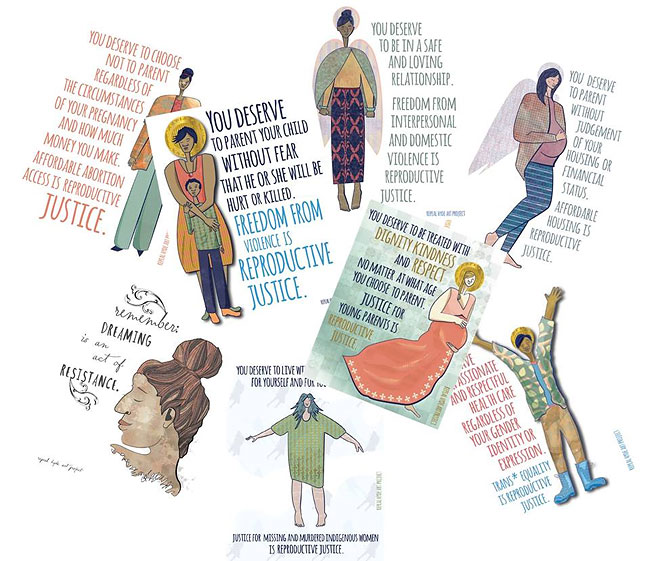 In 2011, an artist and activist named Megan Smith launched the Repeal Hyde Art Project. The Hyde Amendment is a little-known law that bans the government from using federal funds to cover abortion. Passed in 1976, it’s a provision on the annual appropriations bill, not a permanent law. This means that every year, there’s an opportunity to not include the Hyde Amendment. But every year, it gets passed again. Combining her art with some activism seemed to make sense. 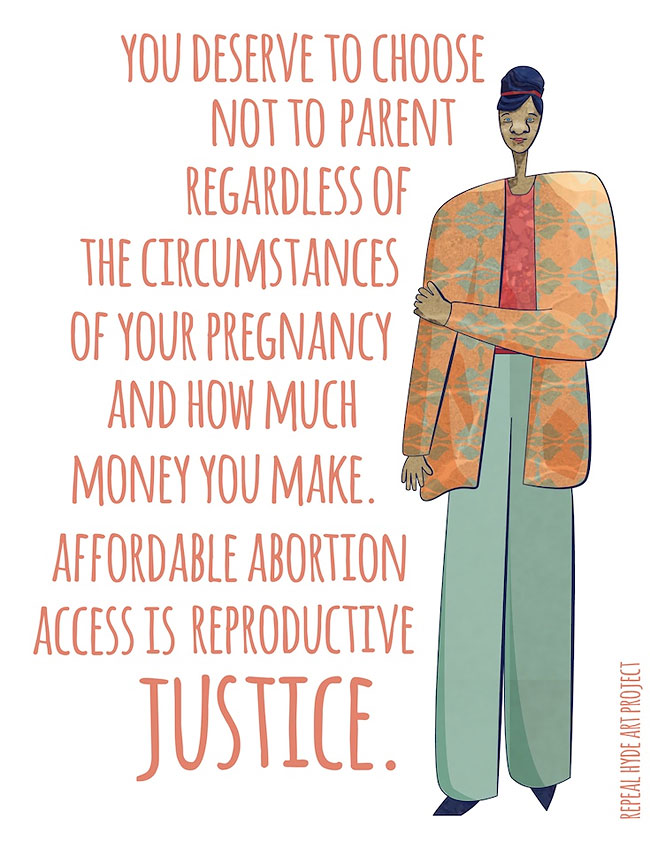 “I had been working in abortion access and I wanted to try and find a way to create more dialogue around unaffordable and inaccessible abortion care,” Megan told Upworthy. “In addition to that, as an artist, I was searching for related feminist images but couldn’t find any that mirrored the resistance and resilience of people who overcome barriers to care everyday.”, told Megan to Upworthy. 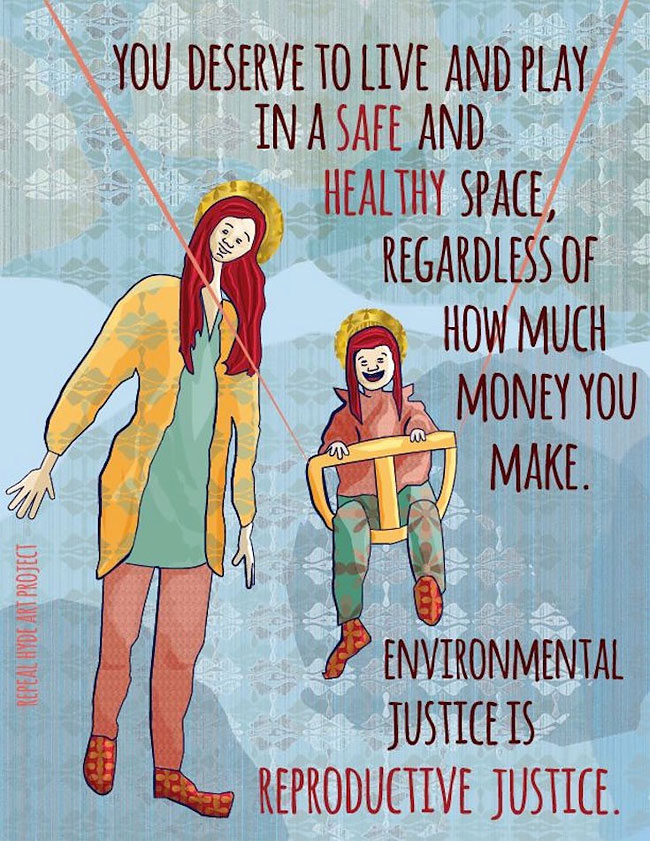 The Hyde Amendment has the biggest effect on low-income families, Megan explained, many of whom use Medicaid health insurance. If someone on Medicaid becomes pregnant and decides to terminate the pregnancy, for example, they won’t have insurance coverage for the procedure because of the Hyde Amendment. 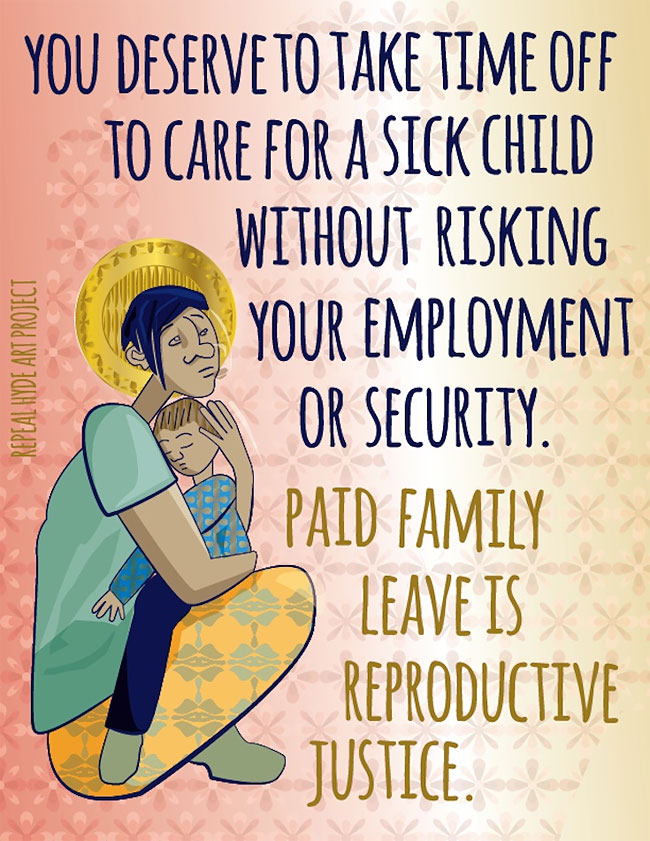 “For each barrier that politicians put in place, there are hundreds of people fighting past them,” Megan said. “I wanted to have that conversation and to honor those experiences.” 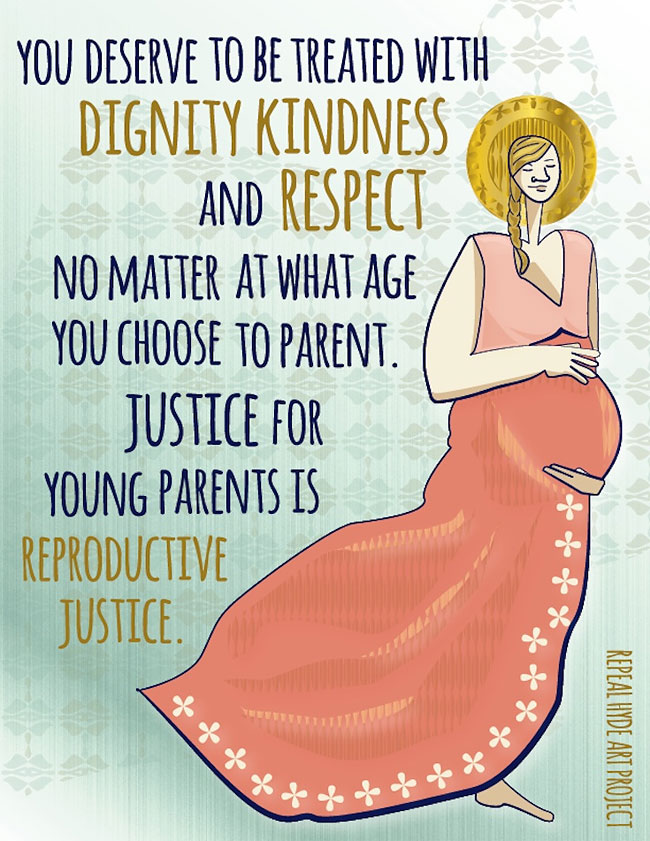 Megan’s art isn’t just about abortion access though. And there’s a reason for that. Her art also tackles issues like mental illness, sexuality, and immigration and how they affect our reproductive lives. 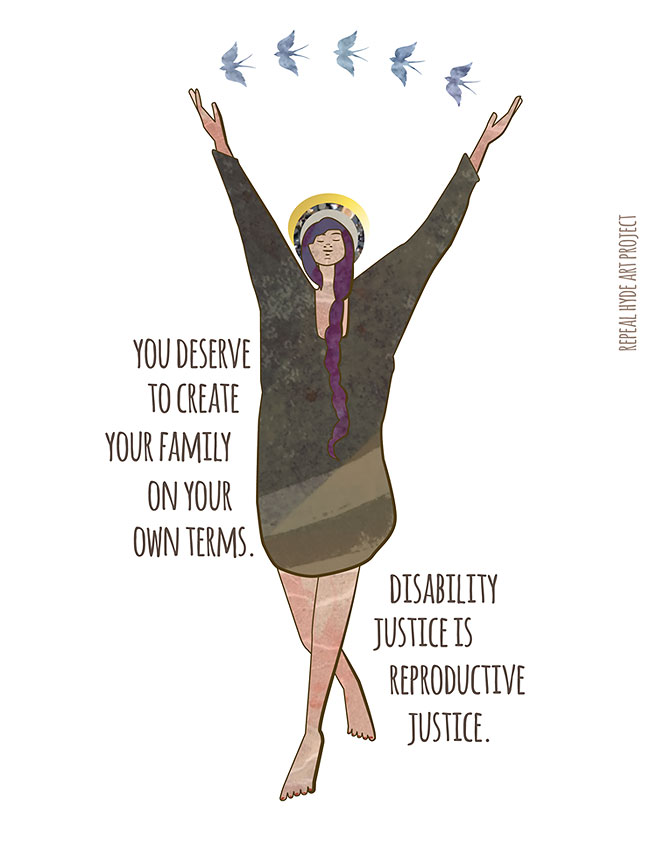 “We can’t talk about abortion access without talking about poverty, or violence, or food security, or who is deemed by society ‘fit’ and ‘unfit’ parents. When someone makes a decision to have an abortion, there are so many other factors in their lives, factors that are influenced by structural forces, that come into play.” 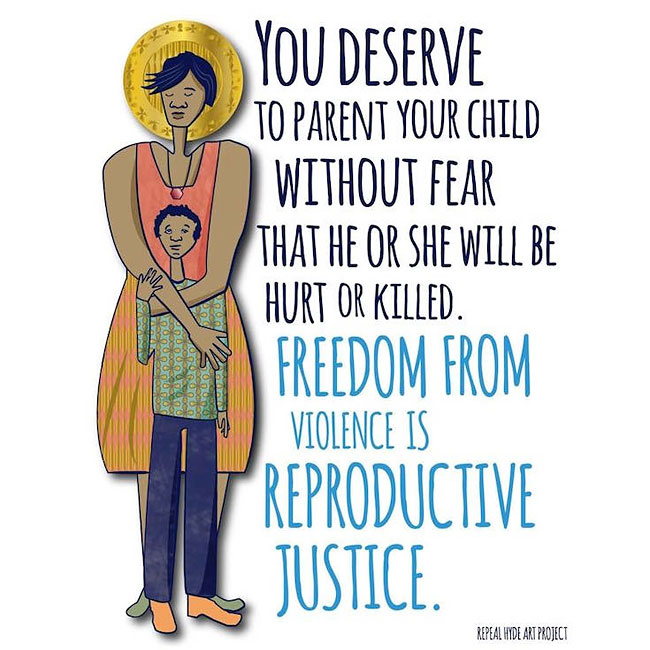 Megan’s art is shareable for a reason. She posts it for free on Facebook to help create new conversations about reproductive justice, and she even encourages people to make their own art for the Repeal Hyde Art Project. 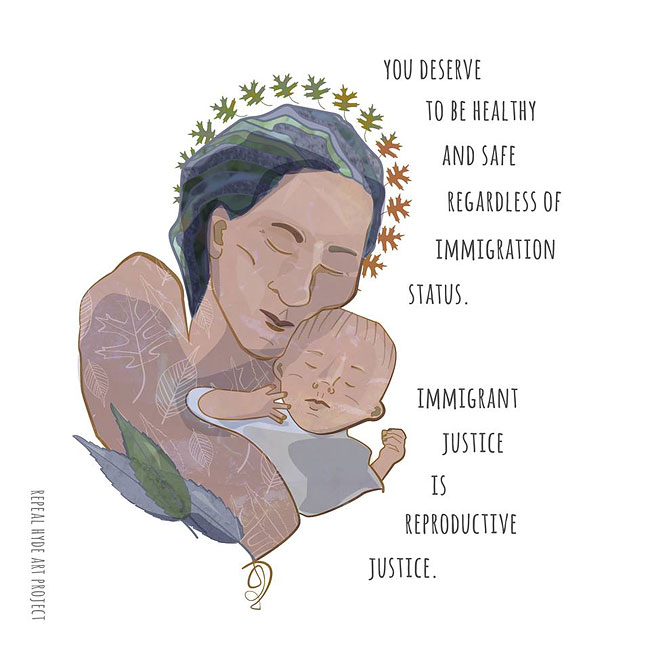 “I create each image and message to mirror a person back to themselves, to let them know that they are beautiful, worthy, and seen.” 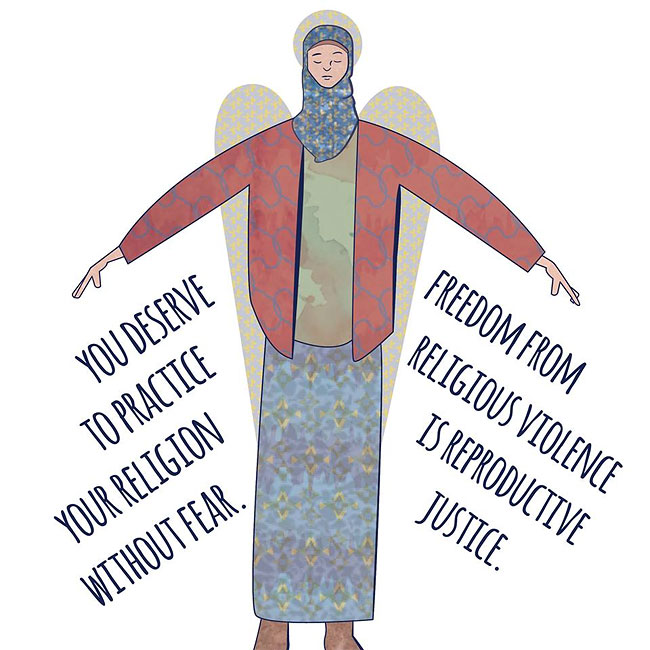 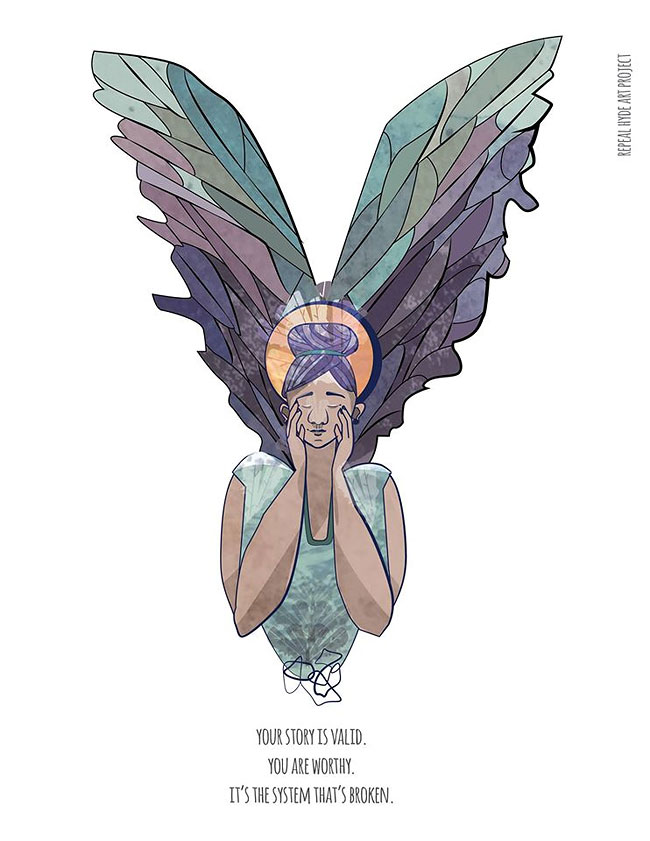 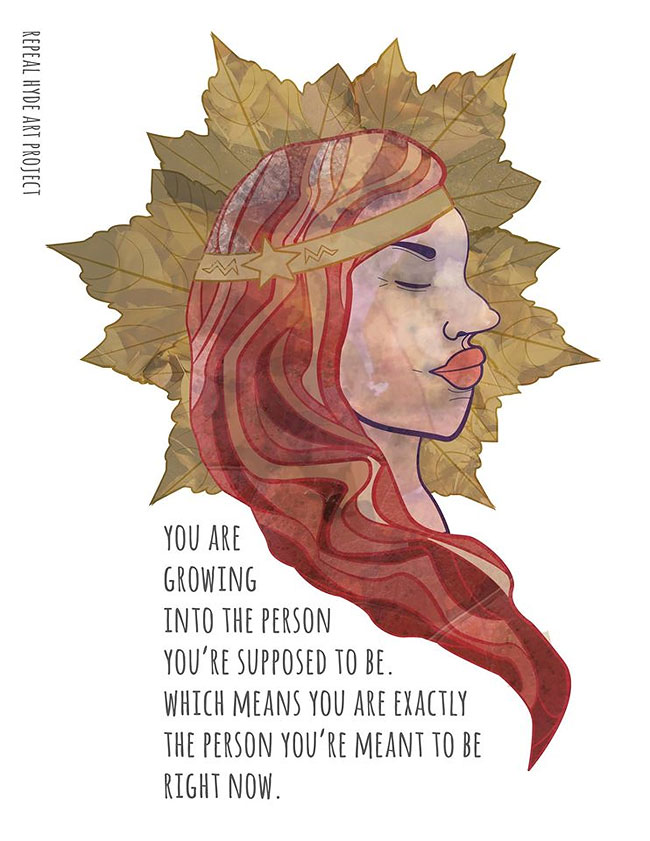 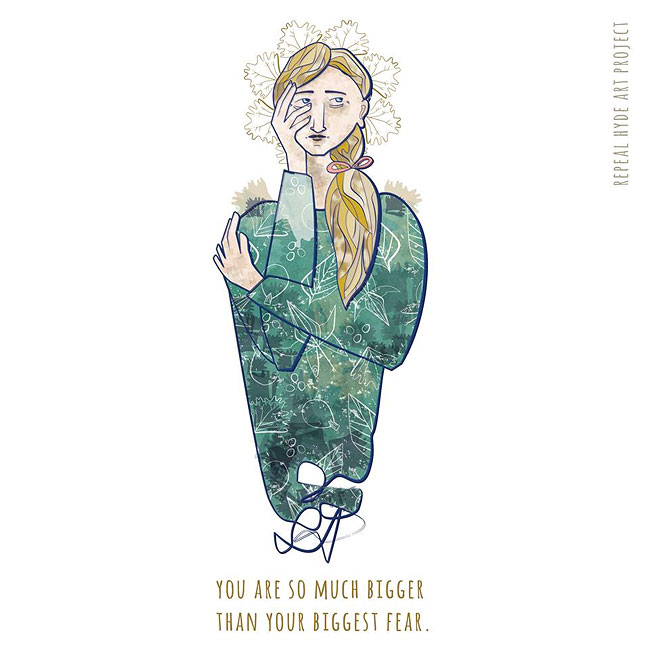 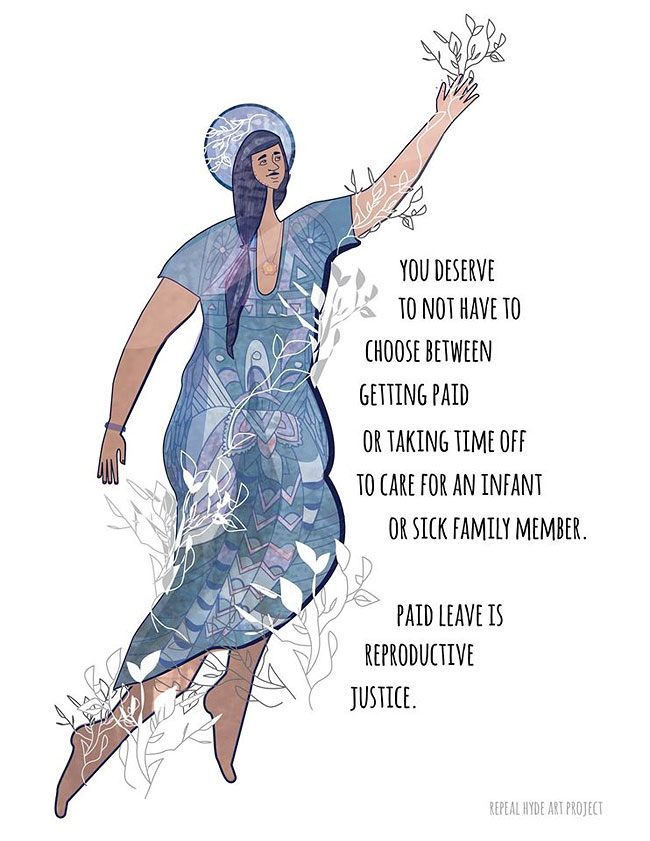 Either 9-5 Job Or Tattooing, This Artist Made The Right Call
Streetwear Illustrations Dive Into A Dystopian World Of Demon Hunters
On The Crossroads Of Souls: Dreamy Painting Of A Realistic Environment Concepts By Atey Ghailan
Five Steps to Easily Create Facial Animation
30 Of The Most Epic 3D Tattoos
These Animal Illustrations Accurately Express Our Monday Blues And Friday Feels
A Helpful 1930's Guide On How To Avoid Electrocuting Yourself
Gundam-Styled Illustrations For Corporate Calendar 2019 For Gold Mining Company
"Packed Music": Artist Alessio Bichi Turns Album Covers Into Clever Brand Packaging
How A DIY Dress Helped One Woman Reclaim The Power Words Had On Her Body
2007 ‒ 2023 by Design You Trust. Proudly hosted by WebHostingBuzz.
Privacy Policy · Terms of Service · Content Removal Policy ❤️ 🇺🇦