“This Is Manchester”: Michael Ashcroft’s Truthful Series Of Paintings That Celebrate The Northern City 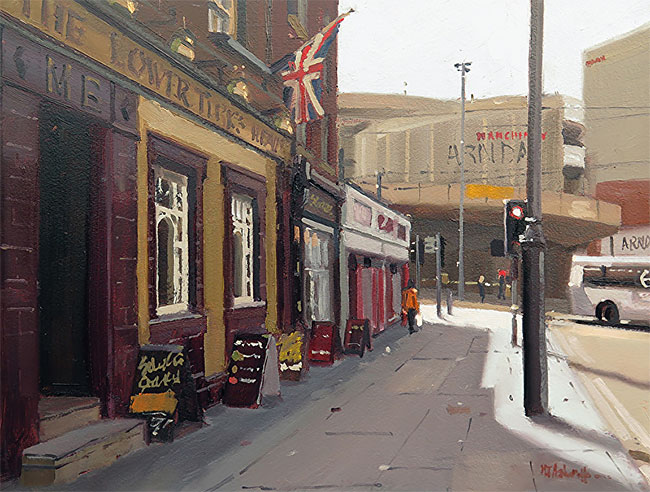 A master of landscape and cityscape in oils, Michael Ashcroft’s truthful style has captured the heart of Manchester and its art lovers. His familiar Northern scenes, like wet roads at dusk, raddled pub facades, and landmarks in the afternoon sun, are painted to celebrate the bustling and beautiful nature of this city.

Born in 1969, Michael John Ashcroft grew up in a small village called Croston in the heart of Lancashire and from an early age he had a keen interest in all things arty. After leaving school in 1985 with top grades in art he began his career as an engineer, painting and sketching only in his spare time. In 1998 he had a major operation to remove a brain tumour and decided to paint more seriously. He returned back to college and completed numerous classes in art including A- level fine art, OCA in portraiture and life drawing classes which he continues to do on a weekly basis.

His paintings have evolved over the years from early abstract acrylics to using oils and more representational works. The foundations that underpin his paintings hasn’t changed and that is his fascination with light and dark and his love for the city and the landscape.

Michael’s work has become highly sought after and he is seen as being a painter using traditional methods as David Lee Art Critic and editor of the art review magazine The Jackdaw quoted:

“There are no secrets in what he does. Being open and honest he tells you directly through his pictures where his interests lie. We don’t have to be told by experts the meaning of his work because they are self-evident – we can see them for ourselves. In his landscapes as well as his views of the city, he wi­llingly lays bare his pleasures and beliefs. You can’t ask more of any artist than this. He is a worthy heir of those in the great tradition of Lancashire painters.” 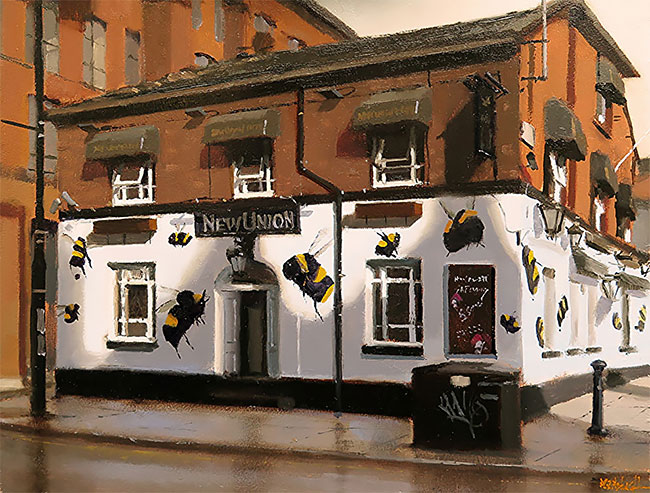 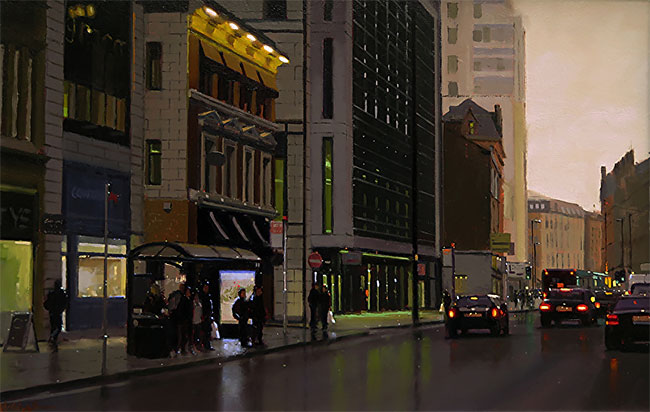 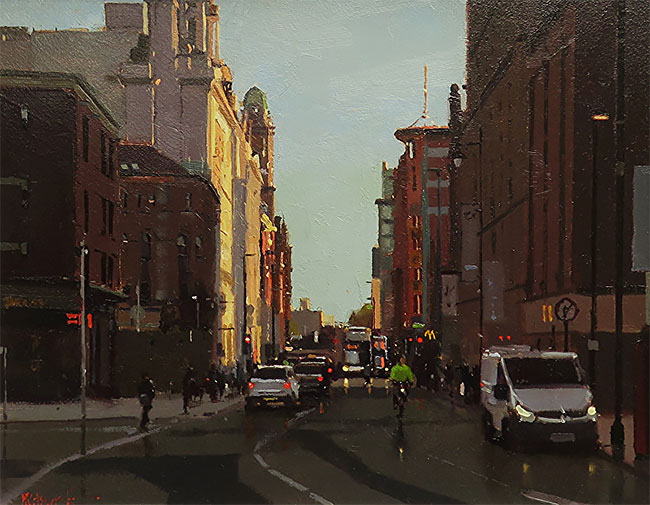 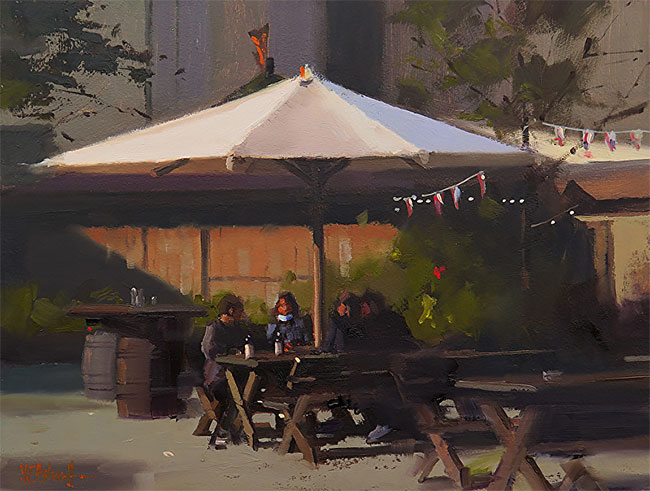 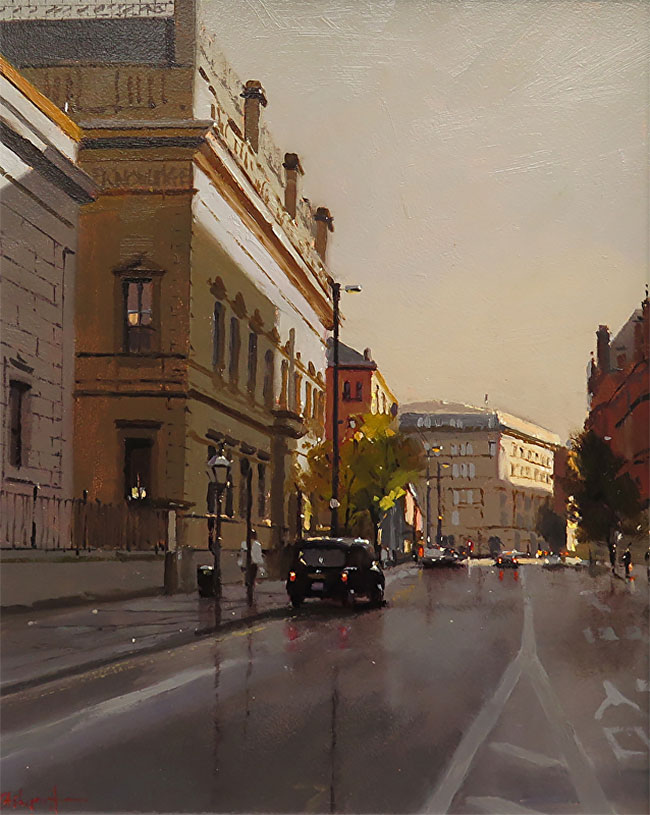 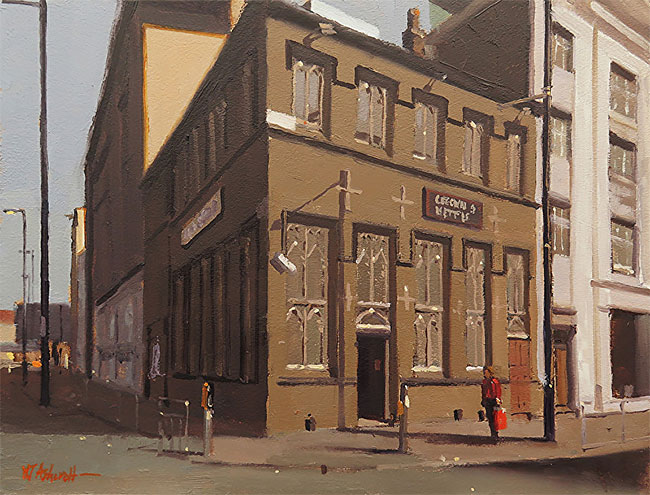 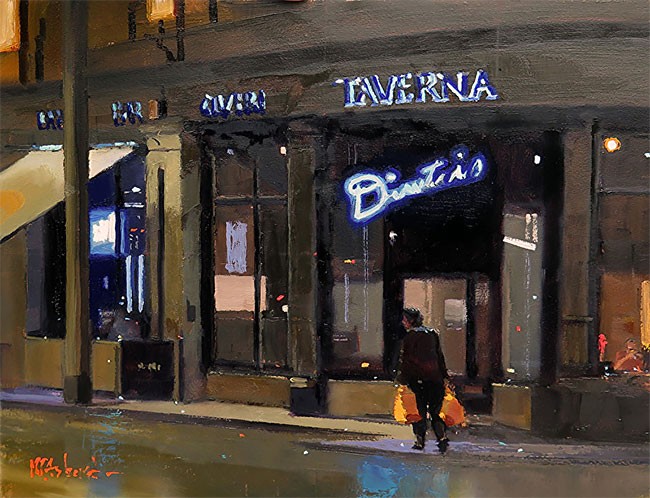 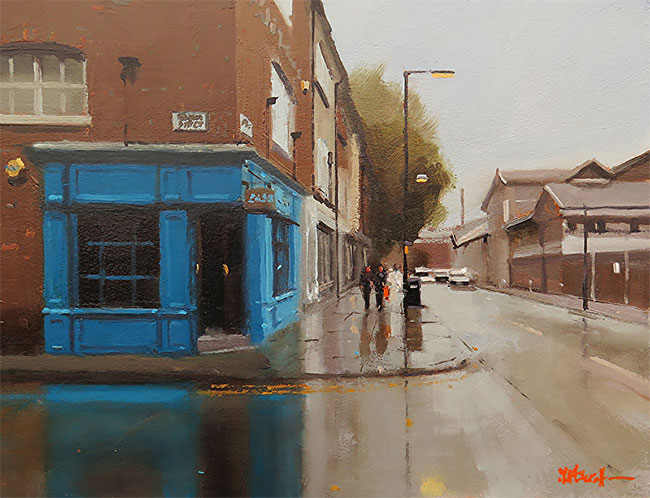 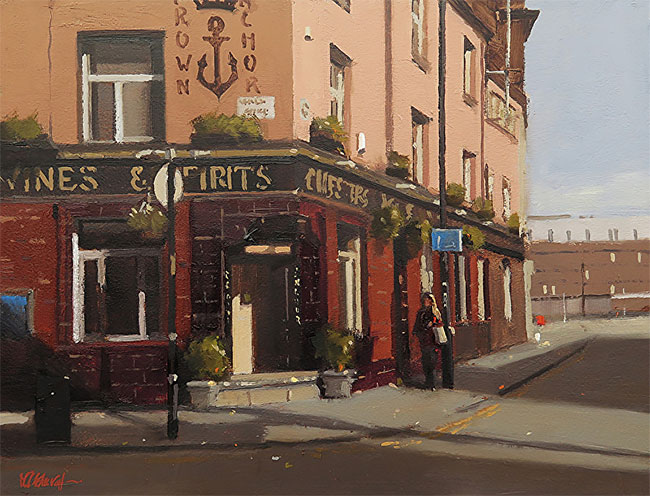 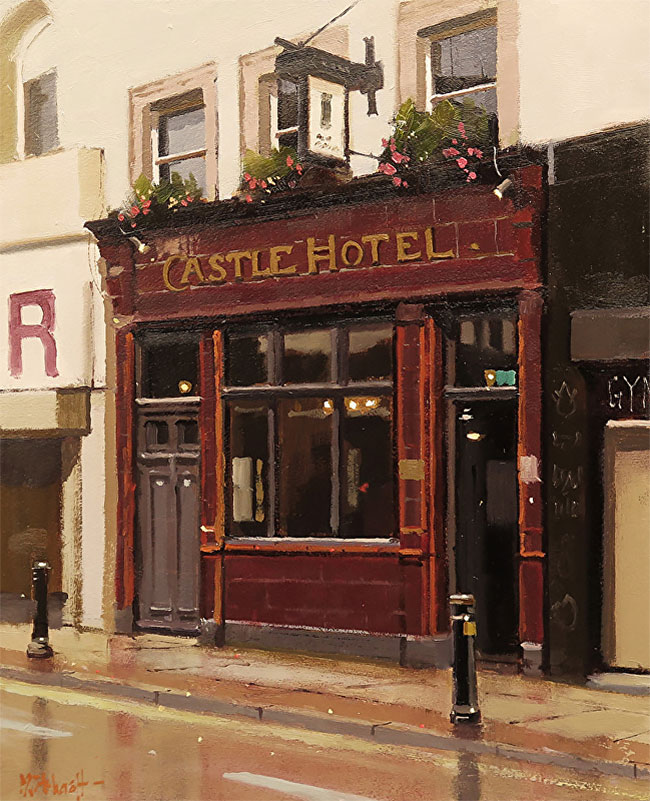 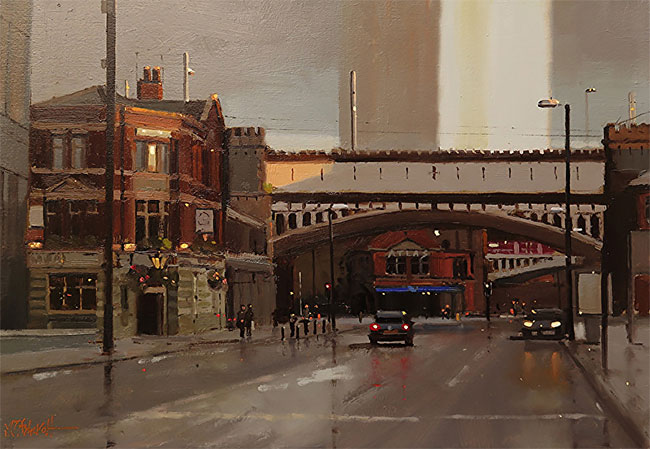 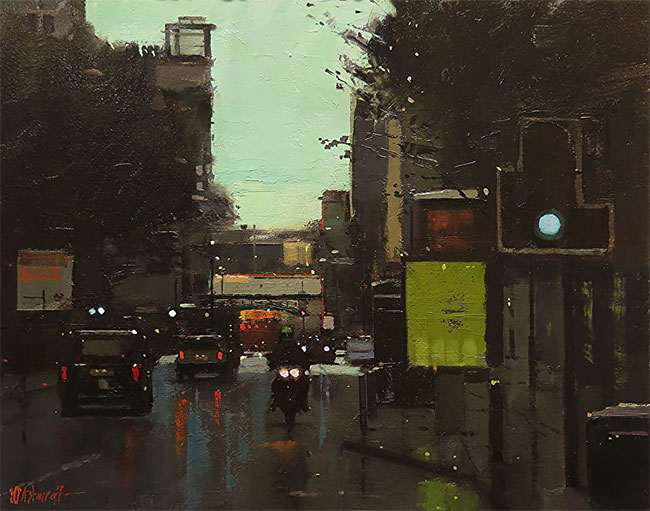 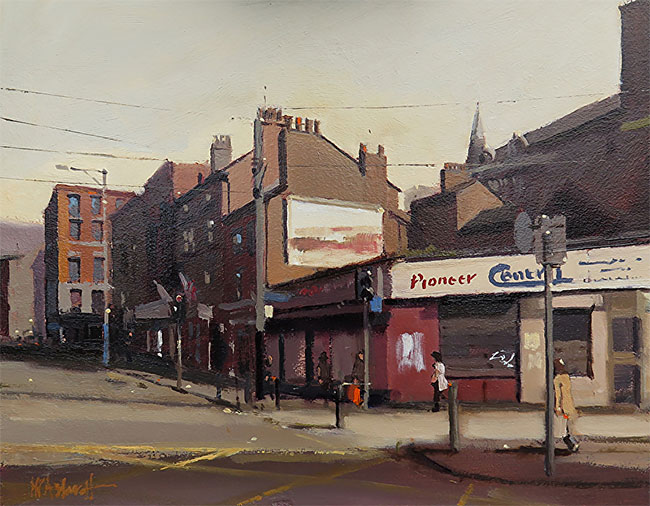 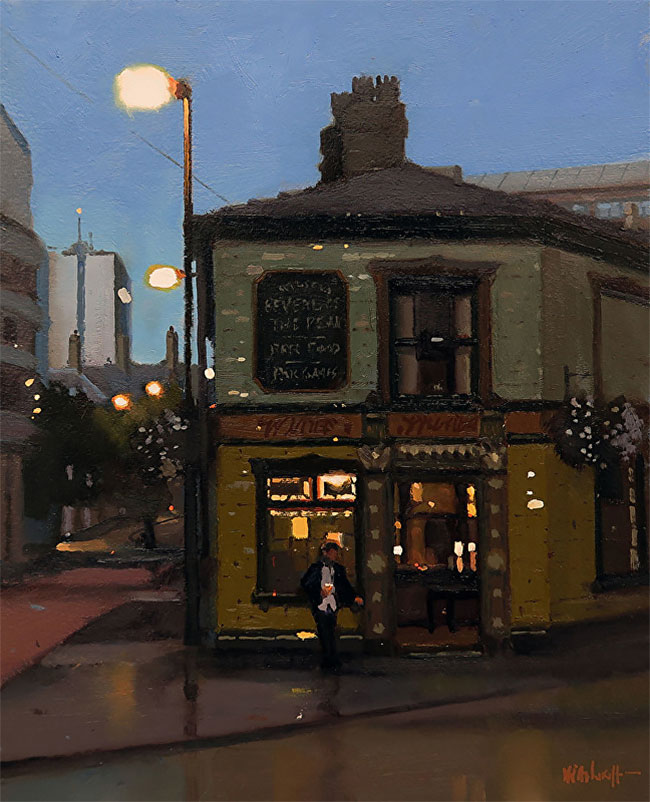 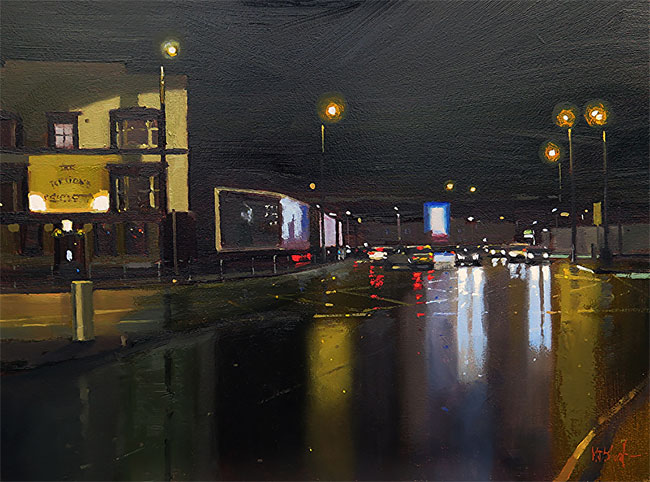 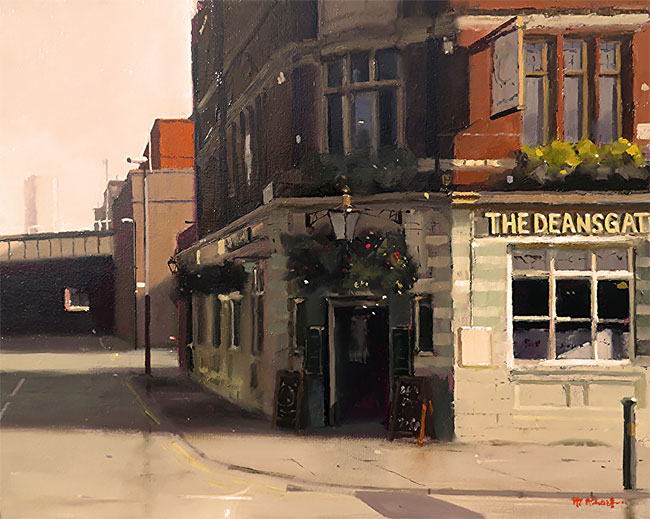 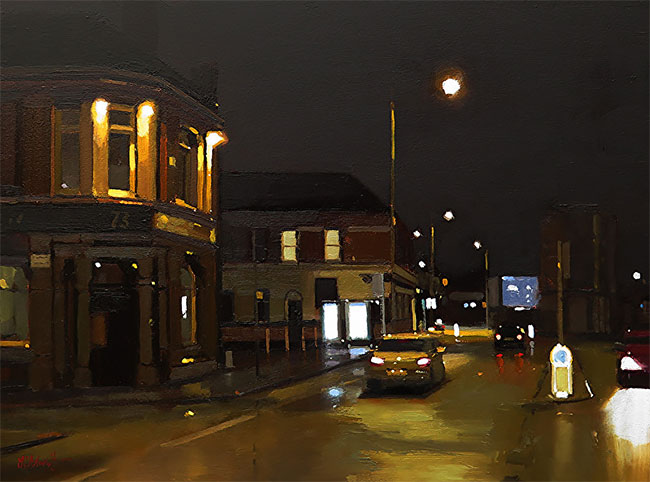 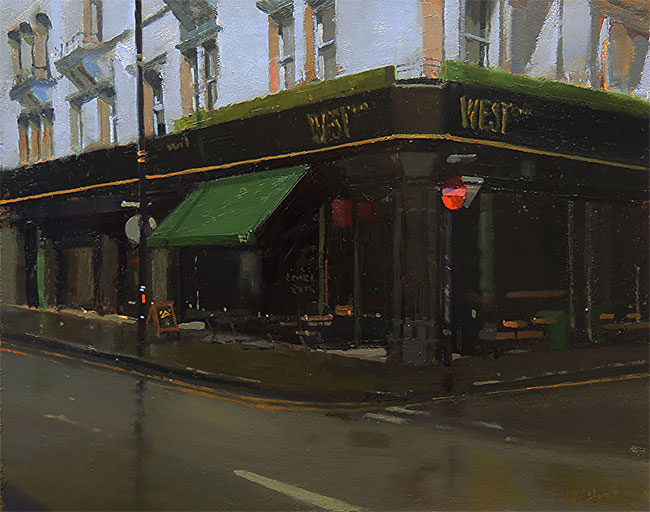 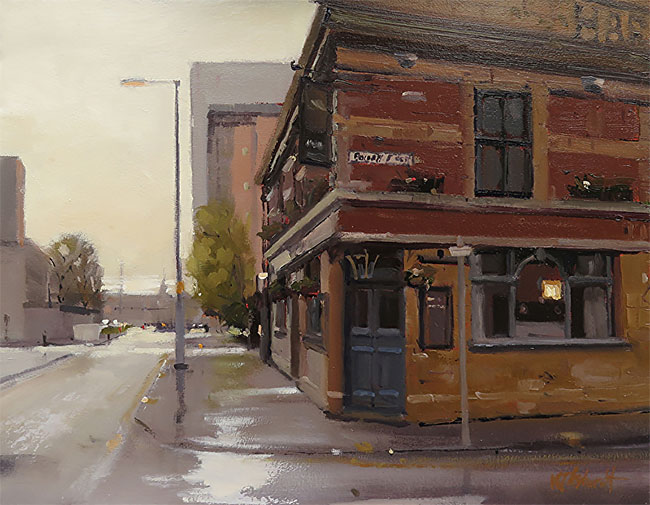 Models with Disabilities to Walk the Runway at Tokyo Fashion Week
Where Have All Your Dreams Gone: Magical Photography By Joel Robison
Jigsaw Puzzle That Will Exercise Your Patience
Mechanical Engineer Creates Superb 3D Bio-Mechanic Artworks
Sad, True And Hilarious Revelations About Real Life
Sleeping With The Devil: A Weird And Wonderful Collection Of Medieval Bedroom Hijinks With Creatures From Hell
This Artist Can Sneak Her Cats Into Any Painting And It’s Hilarious
French Artist Eyes Record With Giant Swiss Hillside Portrait
Car vs Piano
The Reality of Cloud Computing
The 3D Digital Minimalist Architectural Artworks by Dani Miras
"Under A Darkening Sky": The Superb Sci-Fi Concept Art By J.C. Park
Artist Shares His Everyday Life And Cultural Gaps With Wife As An International Couple
Royal Princess Charlotte Casiraghi’s 'Forever Now' Campaign for Gucci
Amazing Surreal Photo Collages by Elena Vizerskaya
For Men With Balls
Superb Creative Photo Manipulations By Chunlong Sun
This Guy Can’t Stop Photoshopping Animals Into The Most Random Things
"Open Your Eyes": The Superb 3D Post-Design Aesthetics by Gerardo Garcia
Thought-Provoking Illustrations by Andrey Kasay
From Game Of Thrones To Harry Potter: Film And TV Library Designs Give Fans Insight Into Iconic Scene
What If Your Favorite Disney Character Was Killed By Hunters?
Illustrator Repaints Disney Princesses In Her Unique Style
The Superb Pop Collages and Artworks by Rafael Bergamini
Simple Tips To Make Your Relationship Last 25 Years And Longer
Visually Arresting and Provocative Pencil Drawings of Lips by Christo Dagorov
Artist Paints Creatures She Sees ‘Living’ In The Walls Due To Pareidolia
Brilliant Set Of Illusional Artworks Showing The Real Meaning Of The Word "Creativity"
This Artist’s Paintings Are So Realistic, You’ll Probably Think They Are Photos
The Body-Painting Illusions of Gesine Marwedel
Ashcroft, landscape, manchester, michael, paintings