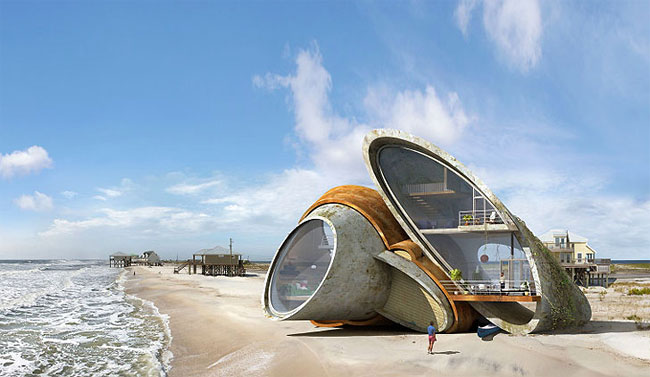 Spanish designer Dionisio Gonzales creates surreal forts meant to endure natural disasters such as hurricanes. These fictional structures made of iron and concrete are hybrids of beach houses, bunkers and space ships, and are part of the artist’s latest series of designs entitled “Dauphin Island”. 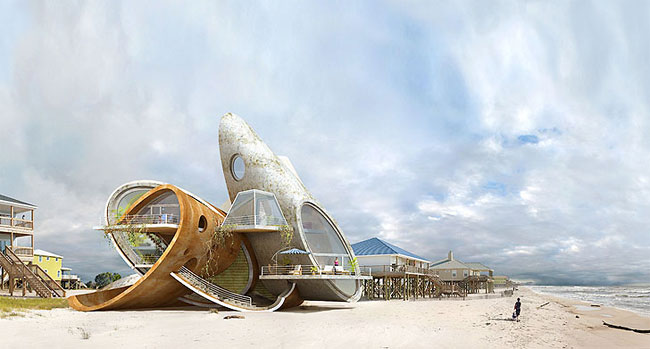 The artist designs otherworldly structures and carefully inserts them into existing landscapes through photographic manipulation. These physical sites are found on Dauphin Island, located in the Gulf of Mexico. The island of around 1,200 inhabitants is known for devastating hurricanes and storms that destroy most of the residences built on the shore. 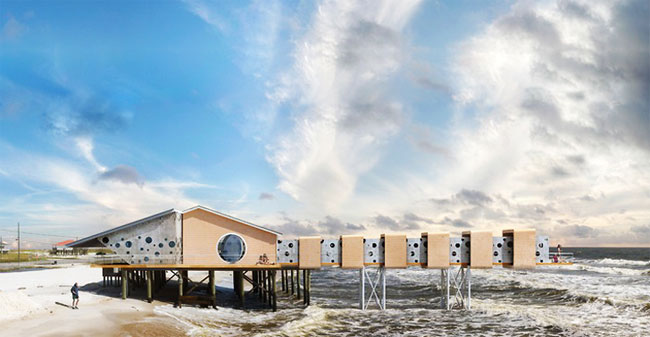 Instead of proposing a temporary solution which would allow for a quick and inexpensive assembly, Gonzales envisioned fort-like structures meant to withstand heavy winds. 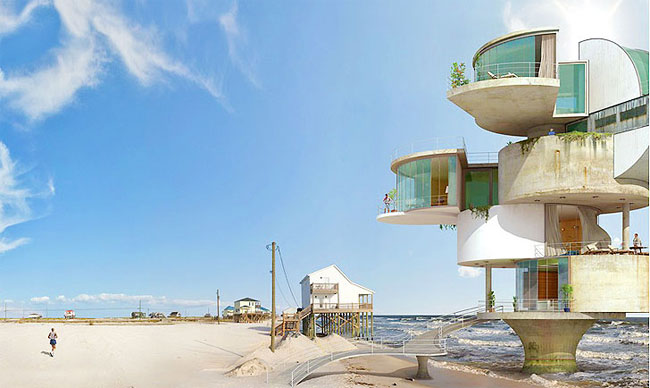 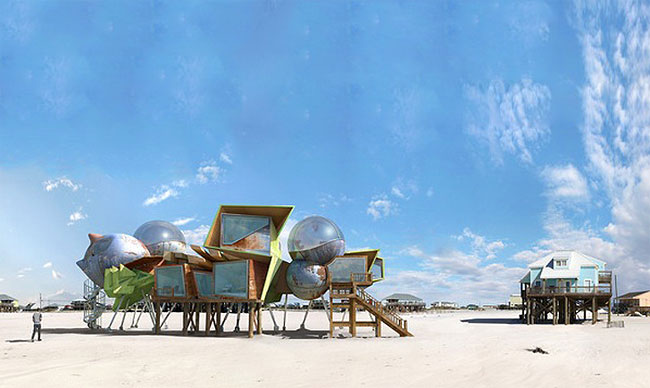 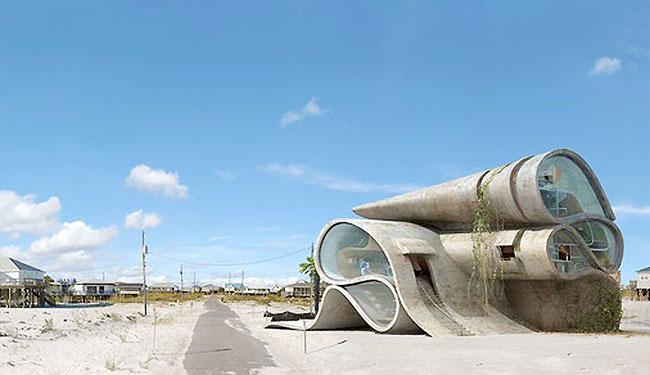