The Beautiful Buenos Aires Bookstore Inside A 100-Year-Old Theatre 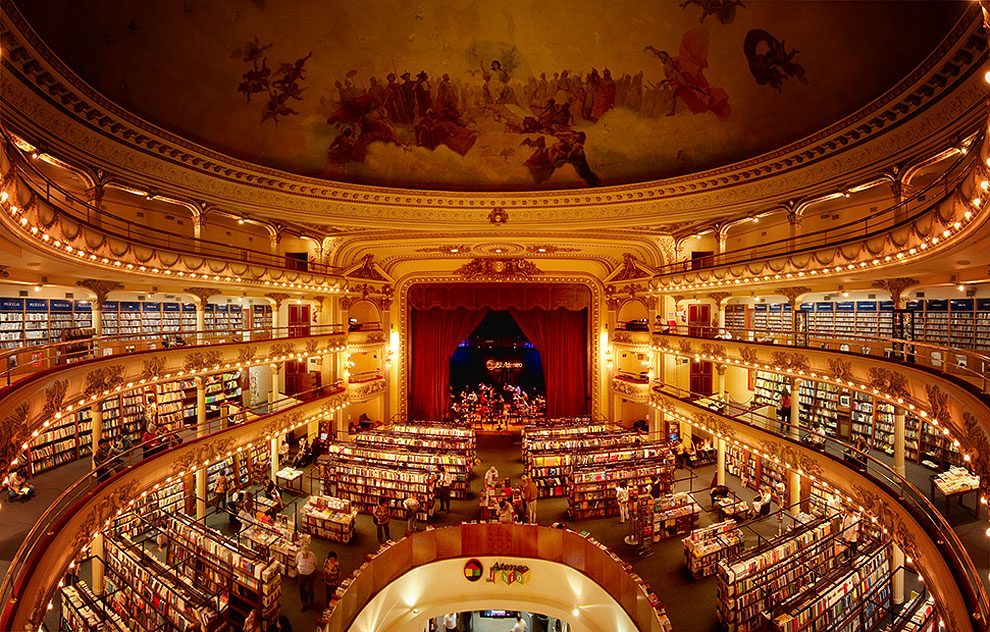 Situated at 1860 Santa Fe Avenue in Barrio Norte, Buenos Aires, you will find one of the most stunning bookstores in the world. Named by The Guardian as the second most beautiful bookshop in the world in 2008, El Ateneo Grand Splendid is one of the best known bookshops in Argentina. 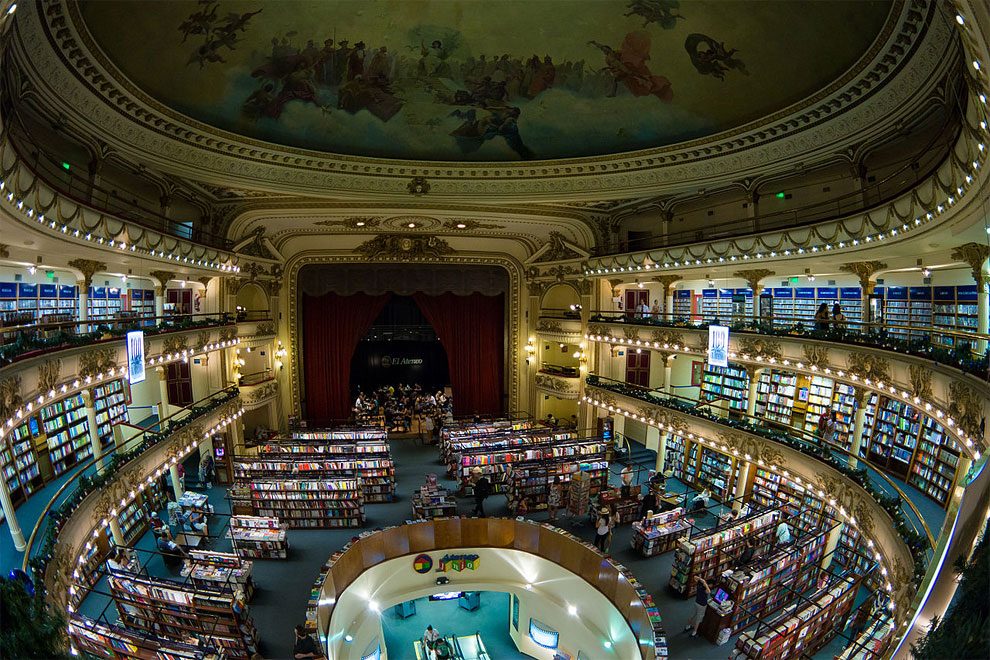 Designed by the architects Peró and Torres Armengol, with ceiling frescoes painted by Nazareno Orlandi and support columns sculpted by Troiano Troiani, the grand theatre first opened in May 1919 with a seating capacity of 1,050. 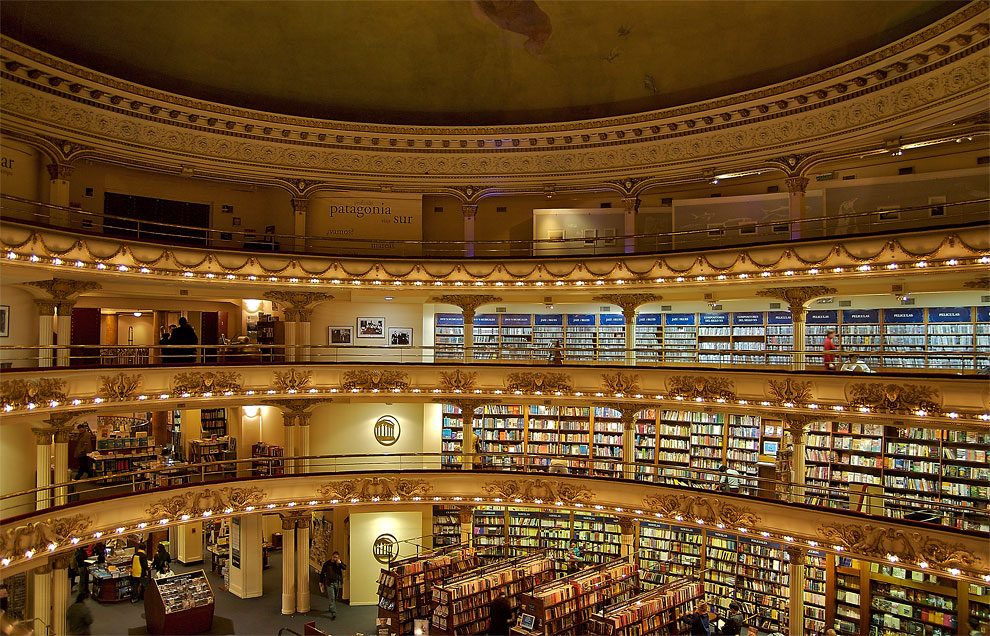 In the late 1920s it was converted into a movie theatre and then retrofitted into a flagship bookstore in the year 2000. 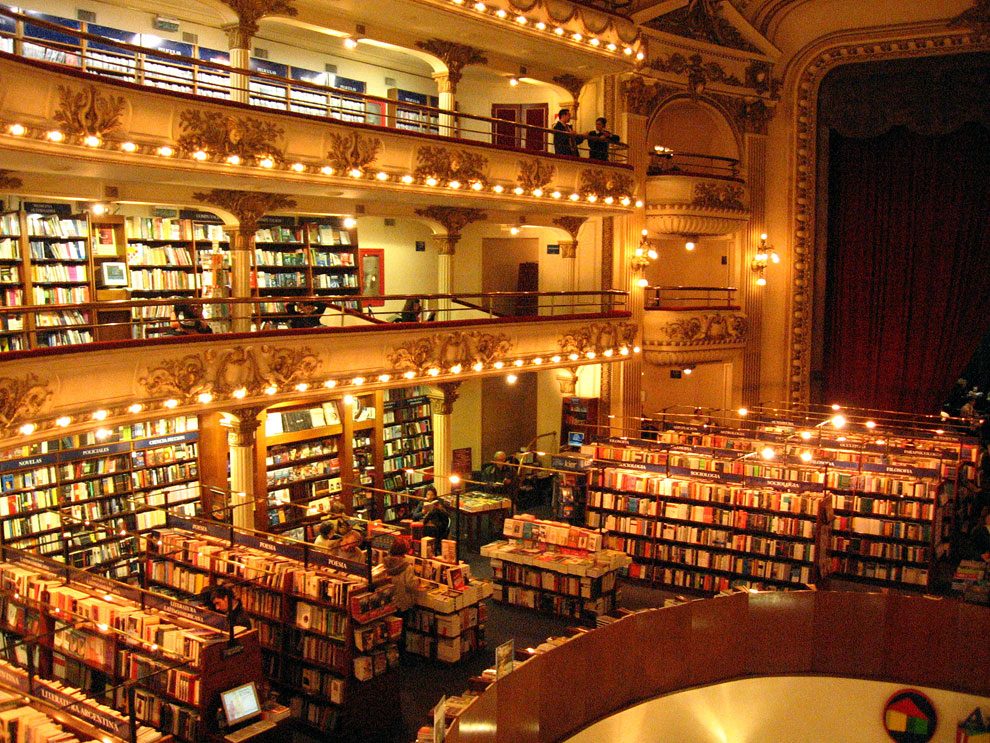 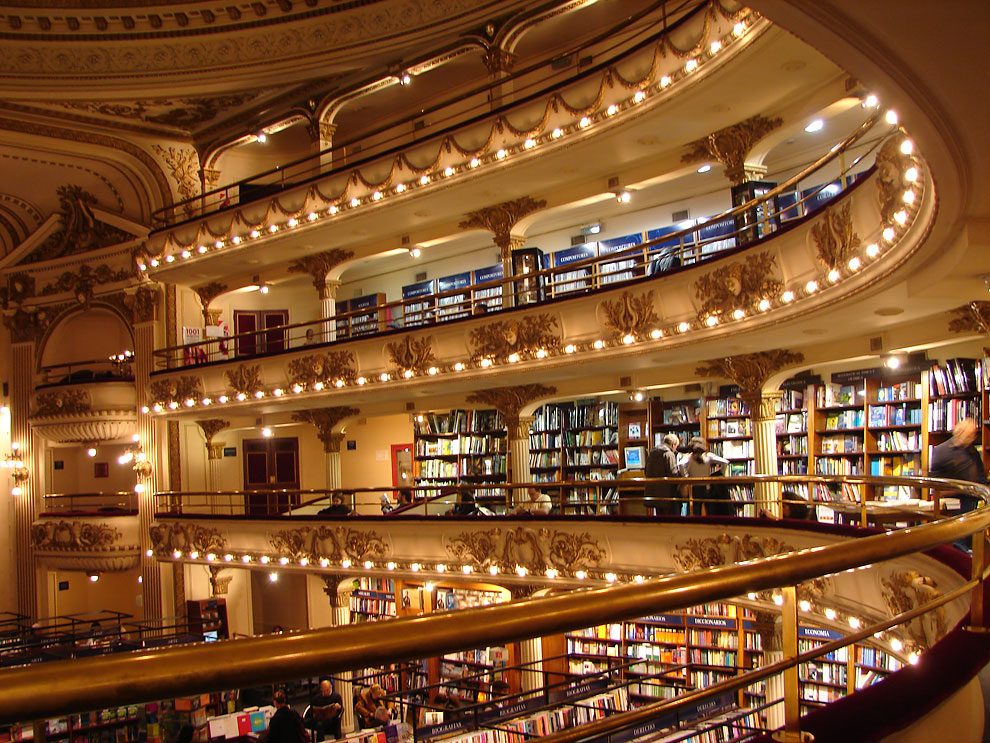 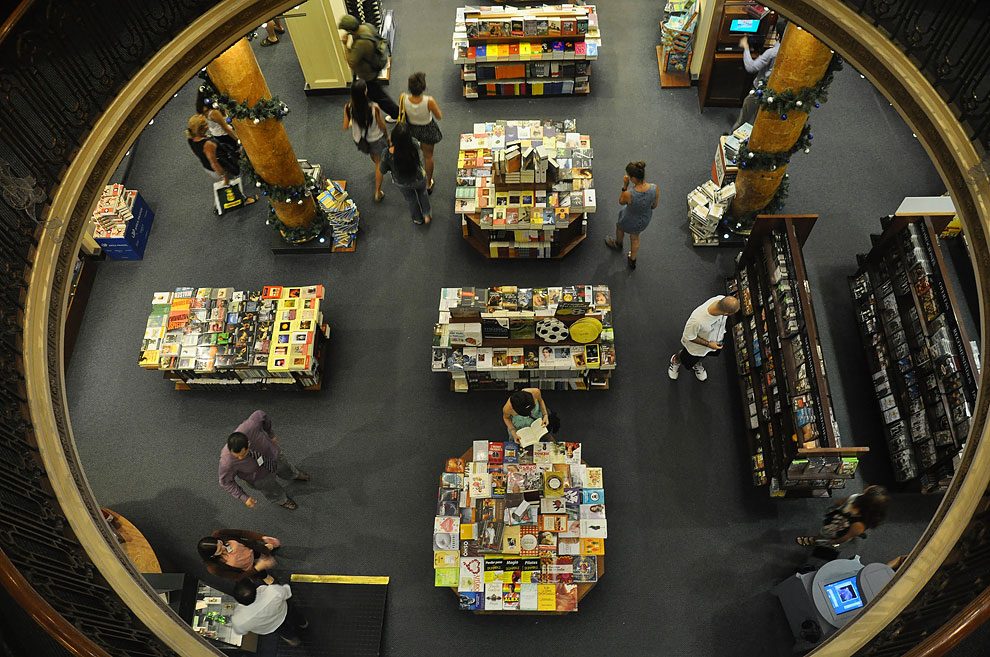 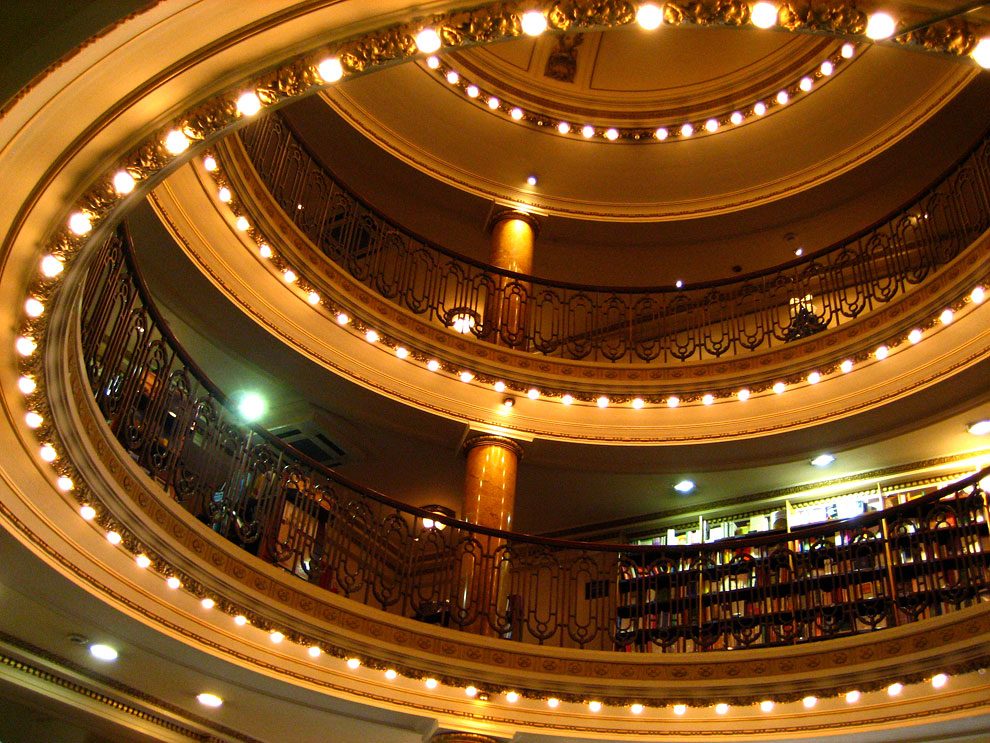 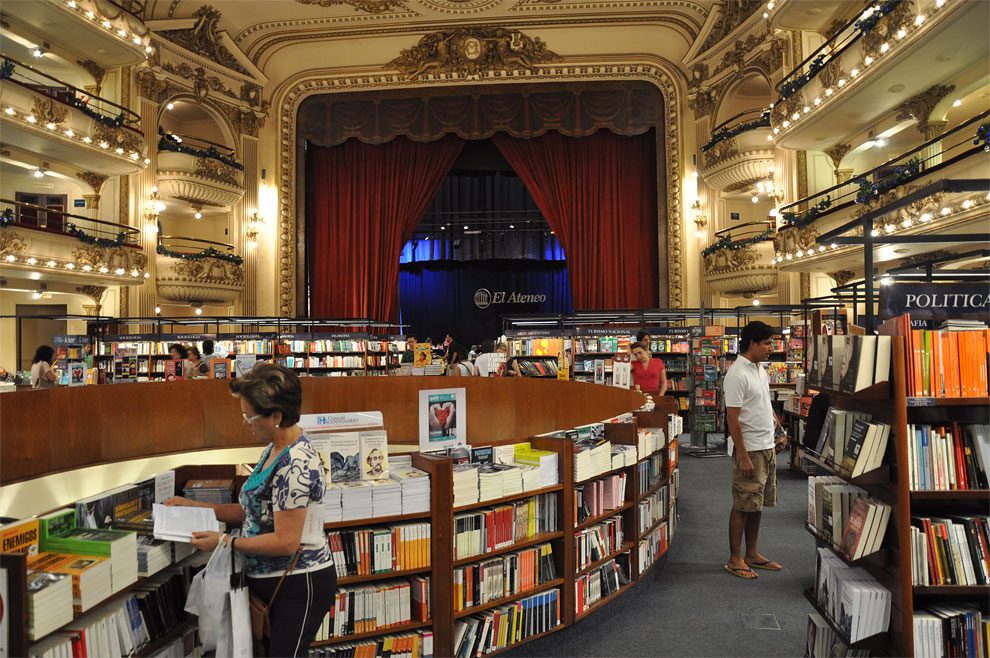 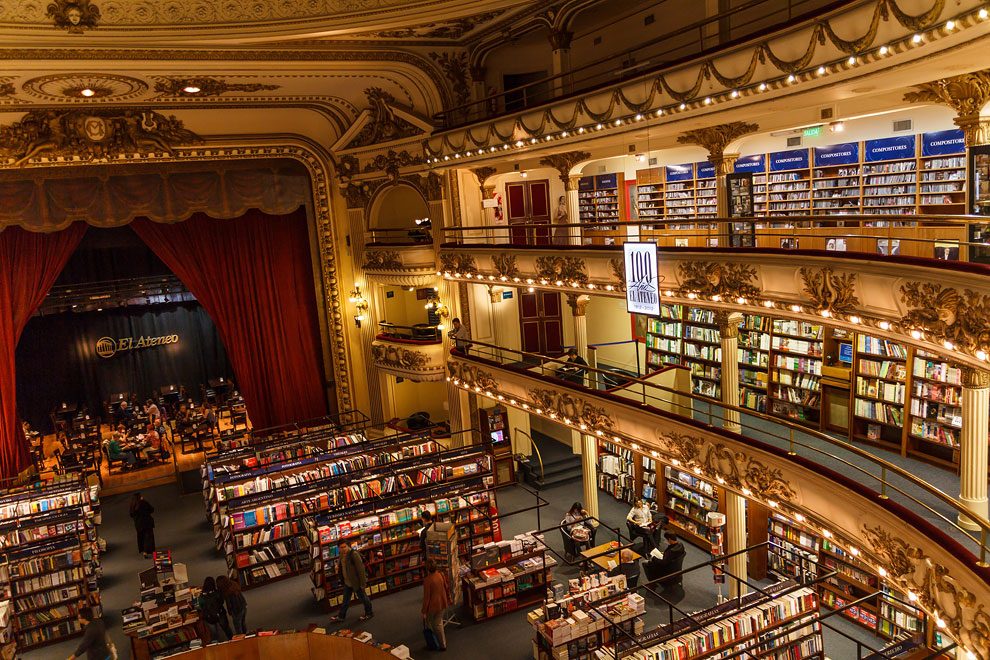 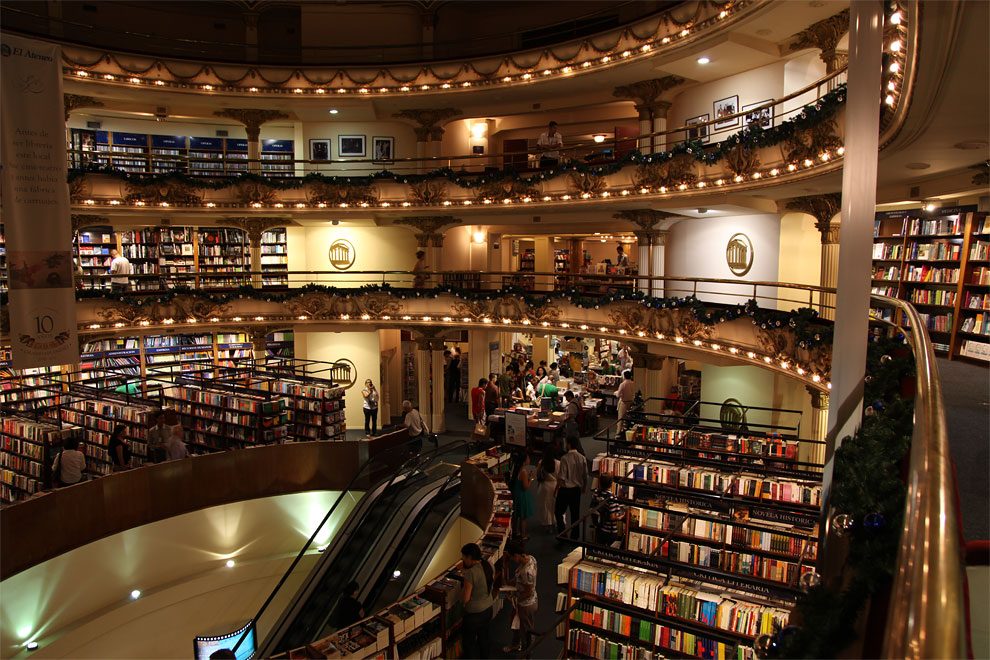 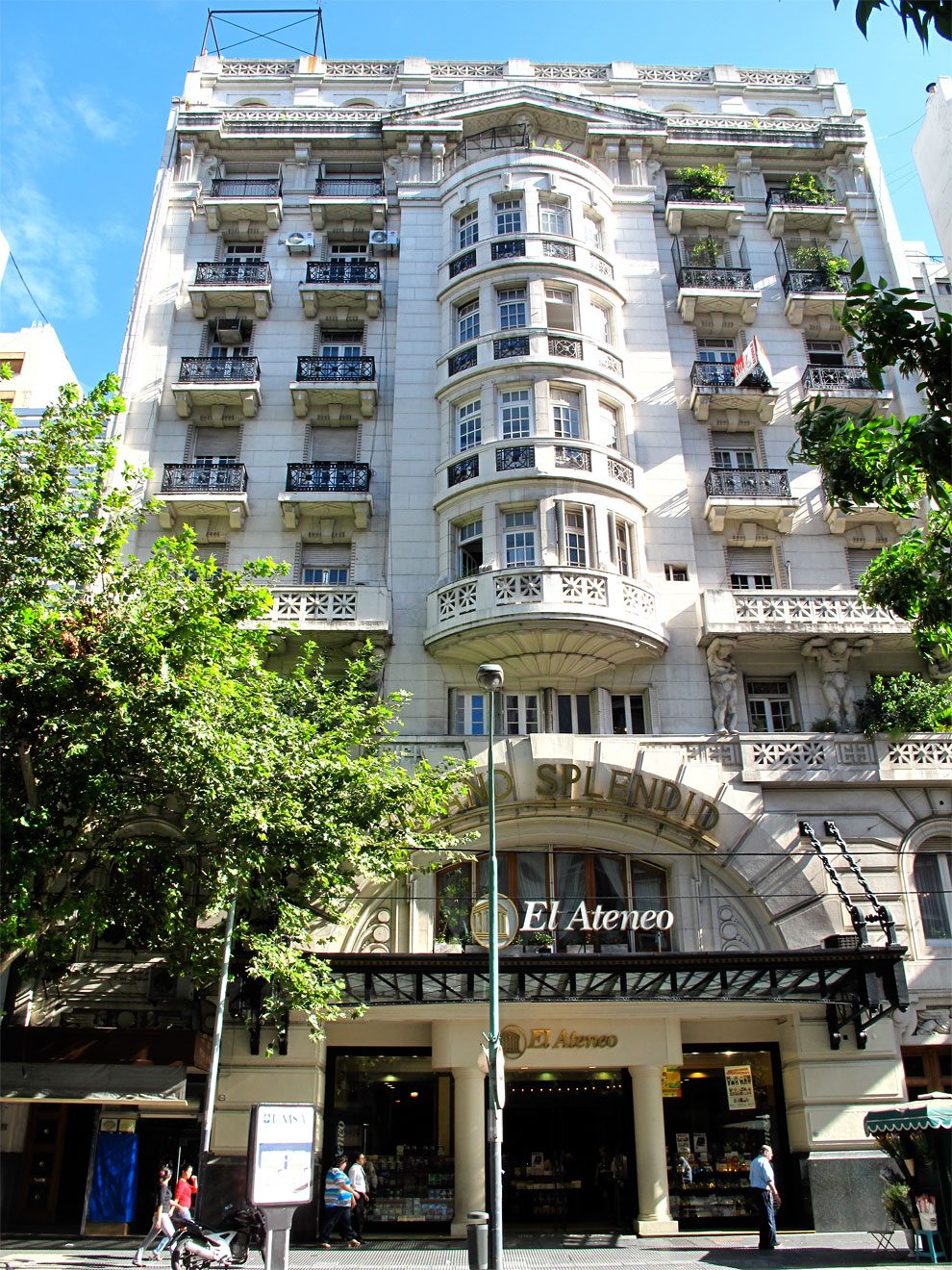 This Infinity Book Store Looks Like An Endless Tunnel Of Books
Shanghai’s 1000 Trees Project Takes Shape
Luxurious Eco-Friendly Mansion Exists Entirely Below Ground
Architect Tadao Ando Envelops Giant Buddha Statue In Lavender-Planted Hill Temple
People In Montreal Are Playing On Light-Filled Seesaws This Winter
Modern Church in Linz, Austria
The Barcode Project
These Playhouses Are Inspired By Japanese Architecture
This Building Uses Emoji Cast In Concrete As Modern Gargoyles
Architectural Camouflage Collection By Snarkitecture
Stunning Images Of The Psychiatric Clinic In Greenland
Man Spends Four Years Growing a Serene Church Made of Trees
This Humble Little House Was Designed For A Chef To Live On The Coast Of Norway
Brutalist Buildings Made From Lego Bricks
This Jaw-Dropping 19th-Century German Bridge Uses Its Reflection To Form A Perfect Circle
The World's Largest Cruise Ships: A Look Inside
Ricardo Bofill Taller de Arquitectura in Barcelona
Secluded Timber Cabin on Stilts is a Creative Escape for Writers
How You Live In Russia When You Supervise Local Road Police
Latin American Architecture Firm Gómez Platero Has Unveiled a Design for A Circular Monument in Uruguay to Remember Coronavirus Victims
This 200-Year-Old Unremarkable House Will Surely Surprise You
This House Don't Look Like Anything Special, But When You Go Inside...
The City Of Utrecht In The Netherlands Turns 316 Bus Stops Into Bee Stops
Twisting Sculpture-Bridge-Museum Opens In Norway
How To Go All Out For Halloween Without Decorating Your House
Inflatable Trampoline Bridge Proposal by Atelier Zündel Cristea
At 375ft, 'Orbit' is UK's Tallest Sculpture
Transparent Heart-Stopping Glass Sky Slide Starts Trial Runs In North China
That’s The Kind Of House You Don’t Get To See Everyday
This Public Pavilion Covered In Plants Was Designed To Invite People To Sit Inside
aires, beautiful, bookstore, buenos, inside, theatre