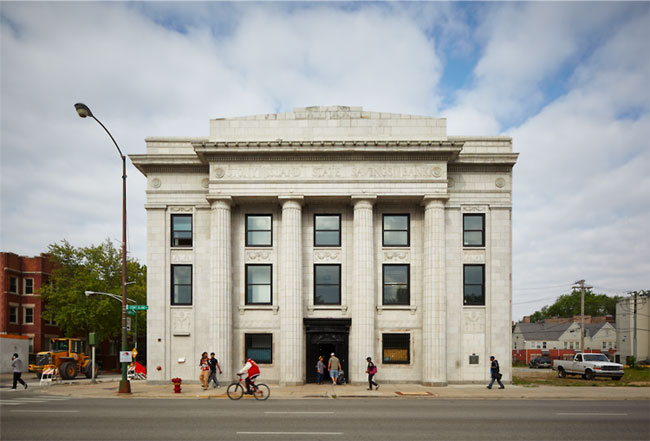 Till recently, the 17,000 square feet (1,580 square meters) Stony Island Savings & Loan Bank on Chicago’s South Side was just an old, abandoned construction. Built back in the 1920s, it has been vacant since the 1980s and has remained in a deteriorating state for all these years. Who could imagine that this decaying structure would soon become an amazing art center? 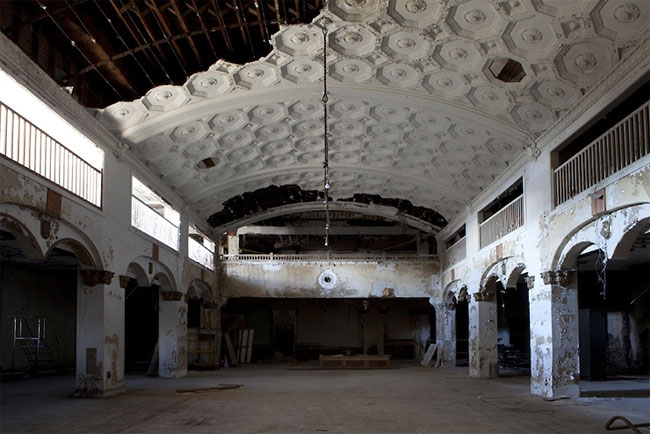 In 2012, Chicago artist, social activist and urban planner Theaster Gates bought the building for $1.00 from the city of Chicago on the condition that he was to restore and repurpose it. As a result, some major modifications were made, the most significant of which was replacing the floor between the second and third levels. At the same time, Gates wanted to keep some details of the old structure, such as cracked plaster, peeling paint and the rusted vault, to preserve the historical heritage of the building. 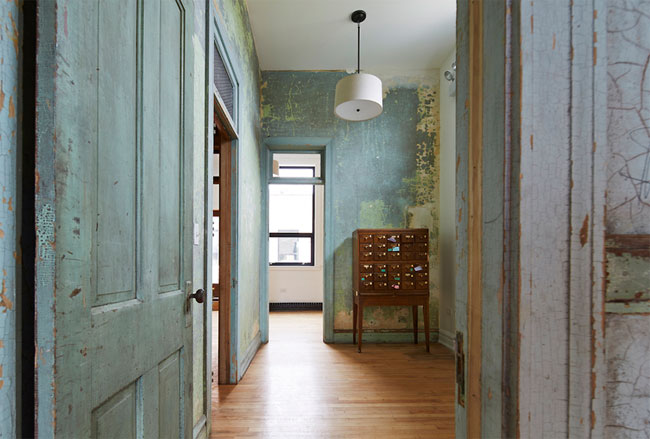 “We changed what we needed to, but we didn’t want to erase history,” said Mejay Gula, an architectural designer who helped Gates put his vision into practice. 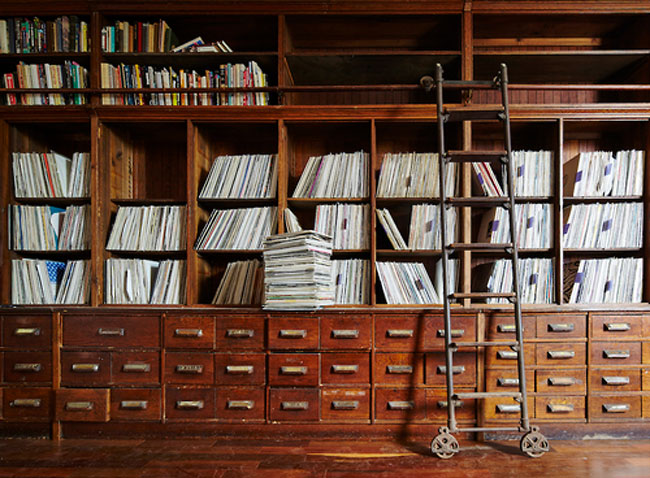 The construction was completed and the abandoned building was transformed into the Stony Island Arts Bank, which opened its doors to the public earlier this month. 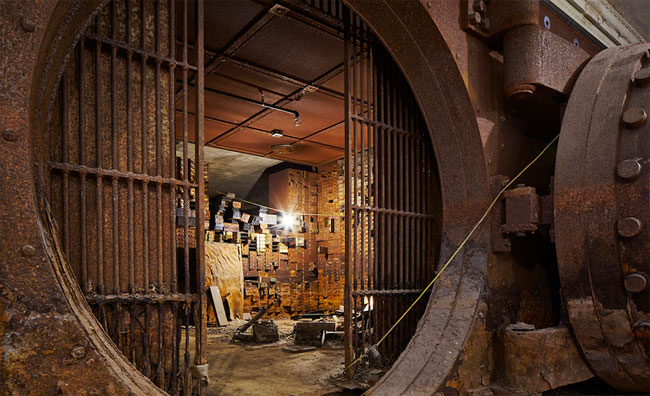 Gate’s vision was to create a site that would help make culture and arts accessed by all, regardless of the social background one belongs to.

“One question that I am always asking myself is ‘Who has the right to amazing culture, the highest imagined possibilities of culture?‘ ” he told Chicago Reader. “I would say that has often been relegated to the wealthy and elite—whoever and wherever they come from.” 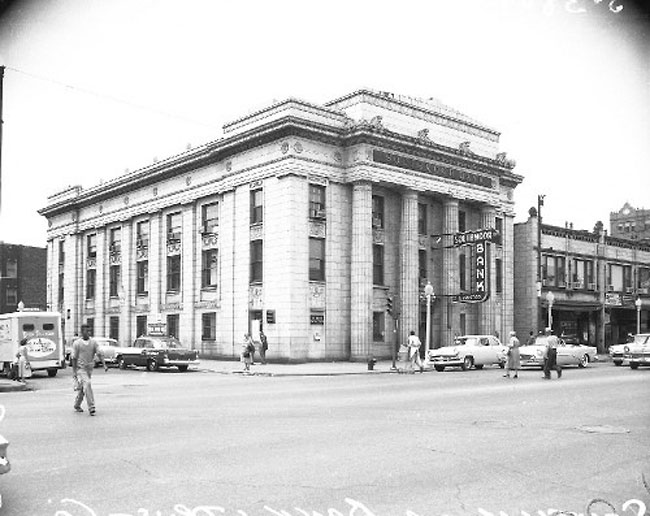 The three-story building now contains exhibition space, libraries and a reading room. It also houses the offices of the Rebuild Foundation, a nonprofit organization that Gates founded in 2010 aimed to bring culture and development to underinvested neighborhoods. There are also the vinyl archive of Frankie Knuckles, often referred to as the “Godfather of House Music,” and a collection of antique glass lantern slides. 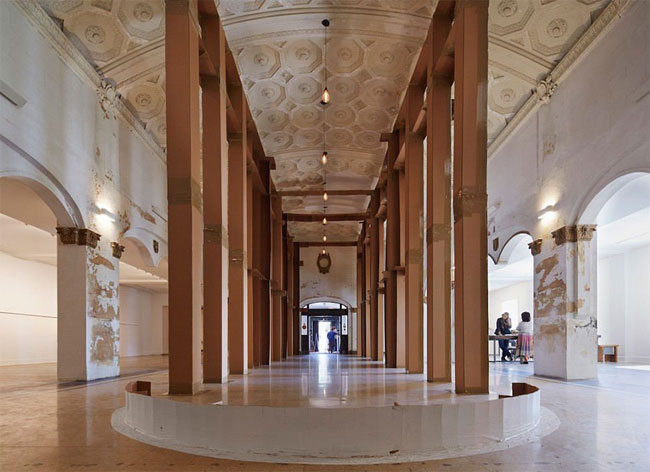 The Stony Island Arts Bank features installations, exhibitions and all kinds of art events. It is open to the public from Tuesday to Saturday from 11 a.m. to 6 p.m. Currently, the arts center is hosting an exhibition by Portuguese artist Carlos Bunga, whose installation, titled Under the Skin, consists of tall columns made of cardboard. 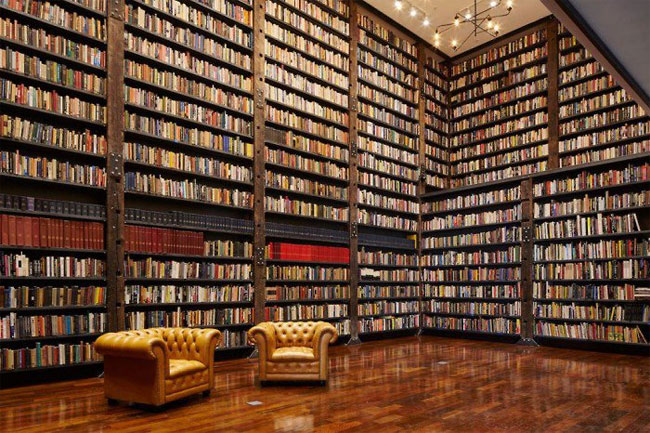 Via The Mind Unleashed

Probably, The Most Cozy And Beautiful Toilet In The World With Views Of A Norwegian Waterfall
An Artist Transforms The Shapes Of Animals Into Cubes To Makes Them Definitely Look Straight Out Of Minecraft
The 'Smallest House in Italy' Is Architecturally Stunning
Chinese Province Spends $73M To Reproduce Century-Old 'Ancient Town'
Russian Artist Creates Dolls That Look Disturbingly Real
An Artist Paints Tiny Masterpieces Inside Her Empty Altoids Tins
Engineers And Architects Create A Carbon Neutral Modular Hotel Made From Concrete Pods
Classic Albums Drawn by Six-Years Old Artist
Classic Cars Found Abandoned In Welsh Mine For More Than 40 Years
Las Pozas: The Surrealistic Wonderland Hidden in the Middle Of The Jungle
Source of inspiration since 2007. Proudly hosted by WebHostingBuzz.
Privacy Policy · Terms of Service · Content Removal Policy 🇺🇦 ❤️