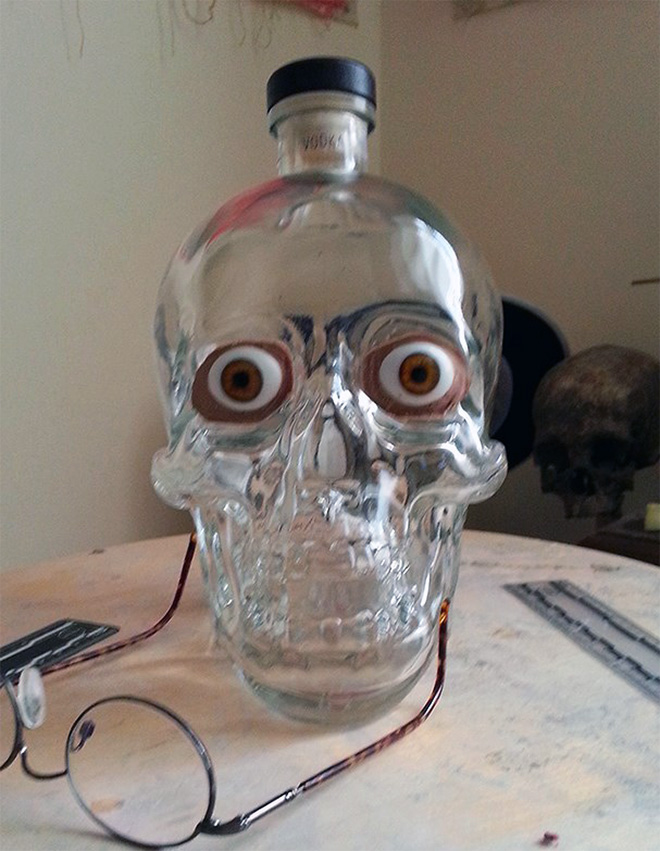 Nigel Cockerton, a forensic artist based in Scotland, has created a cool and creepy sculpture artwork that made use of his very rare set of skills. Instead of reconstructing a person’s face from bone, however, he took a crack at reconstructing a face from a bottle of Crystal Head Vodka, whose iconic skull-shaped glass bottle served as the base for his experiment. 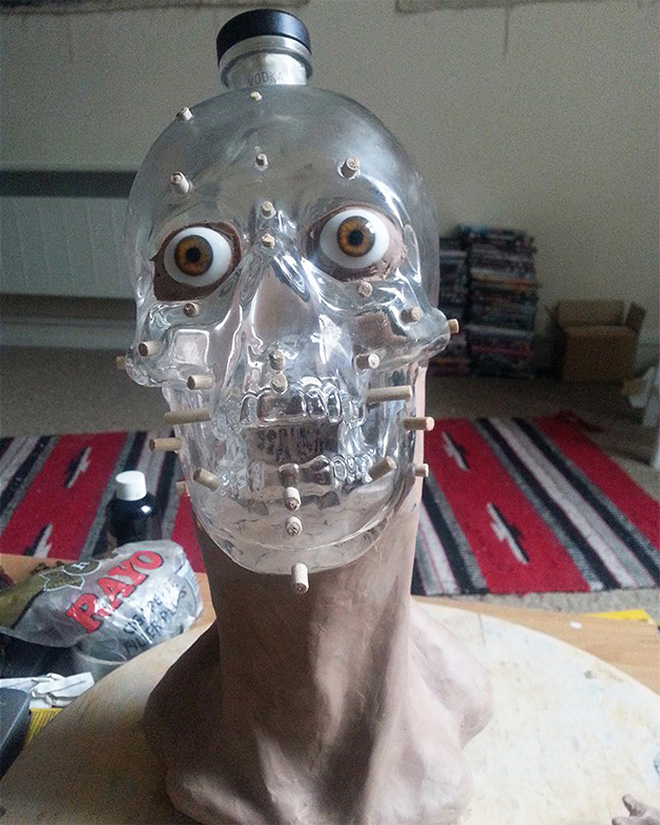 In the fascinating but unsettling process photos that Cockerton sent to Crystal Head, we see him go through all the layers of a human’s face from the skull up. After attaching pegs to mark what seems like skin/flesh depth at various locations, he then attaches layers upon layers of facial muscles, finishing with cartilage, skin, and hair. With a bit of artistic license, the vodka bottle skull has become a grinning/laughing face of a guy/gal, and it’s not hard to imagine that he or she has had a few drinks themselves. 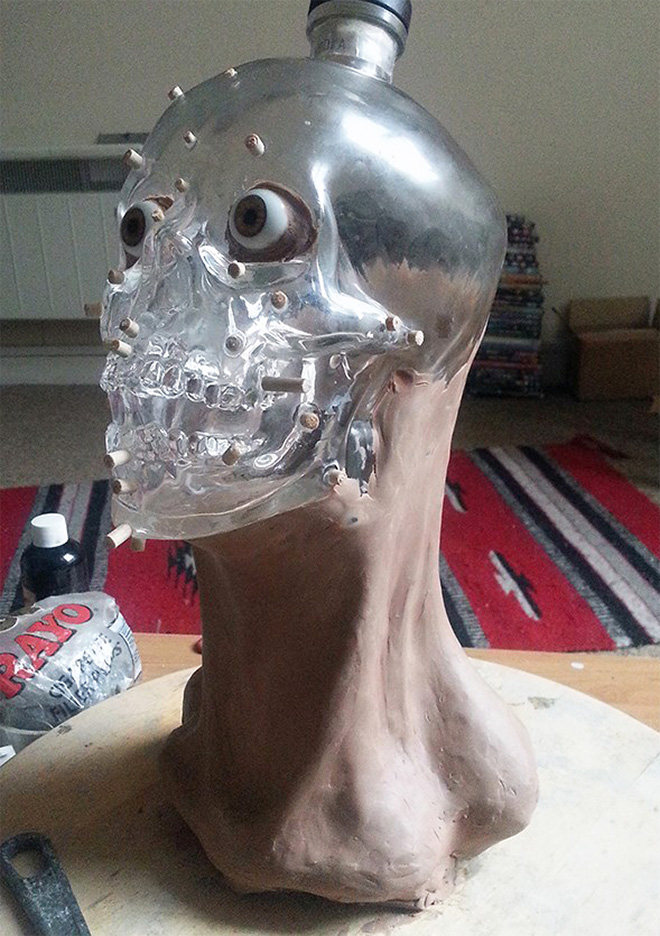 When they received the facial reconstruction images, Crystal Head Vodka shared Cockerton’s images with their fans on their Facebook page. To Crystal Head’s credit, the clay sculpture came out more or less anatomically correct, meaning that their skull might not be too far off the mark either. 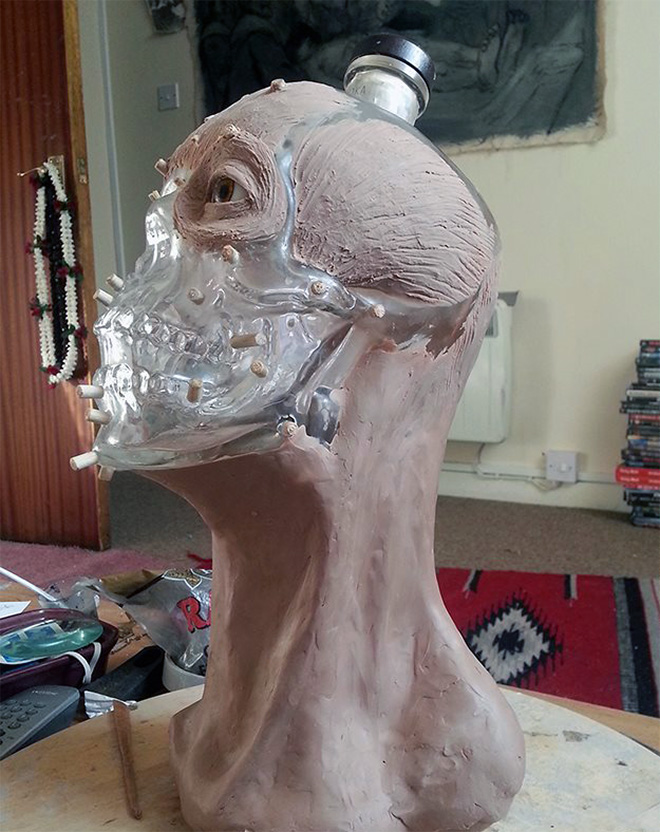 Cockerton received a Master’s in Forensic and Medical Art from the University of Dundee. He has also trained and worked with FBI officials in the U.S. to use and perfect his unique art. 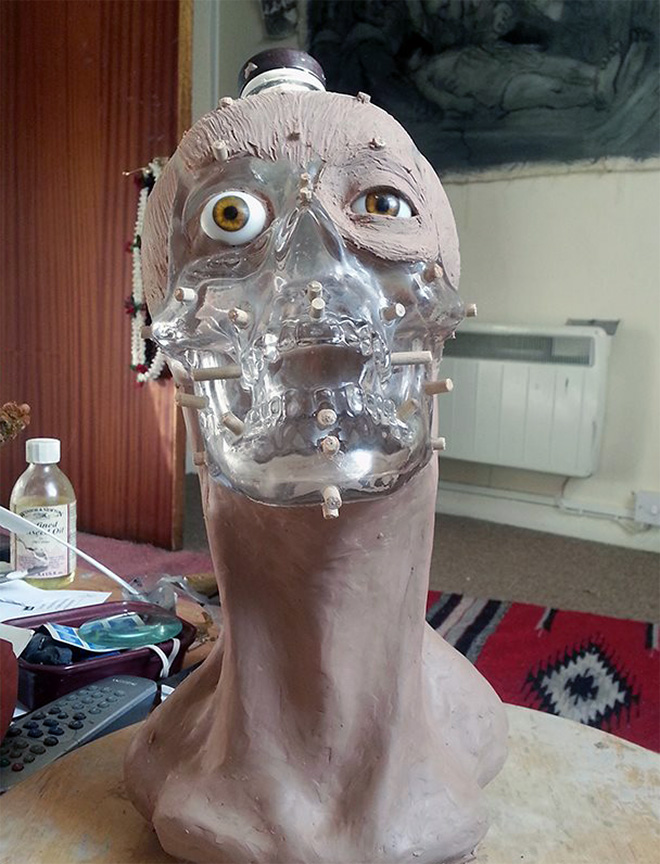 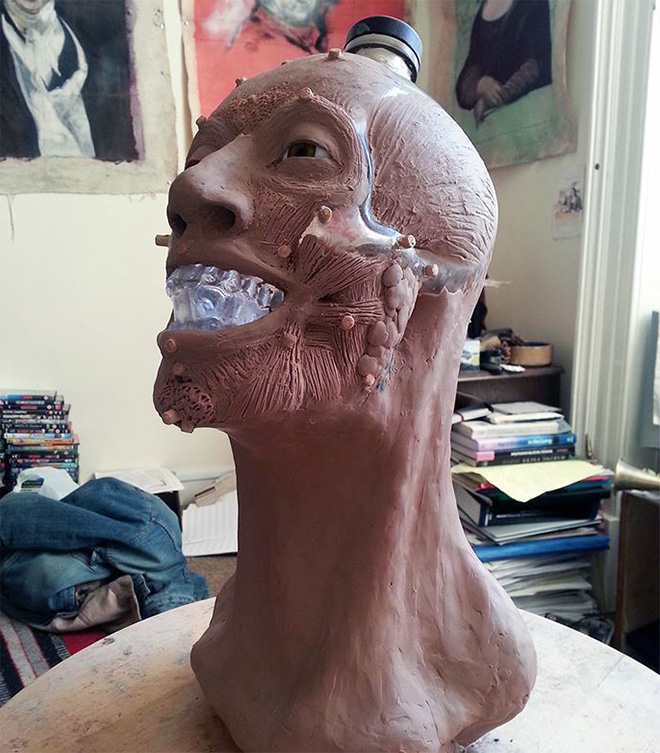 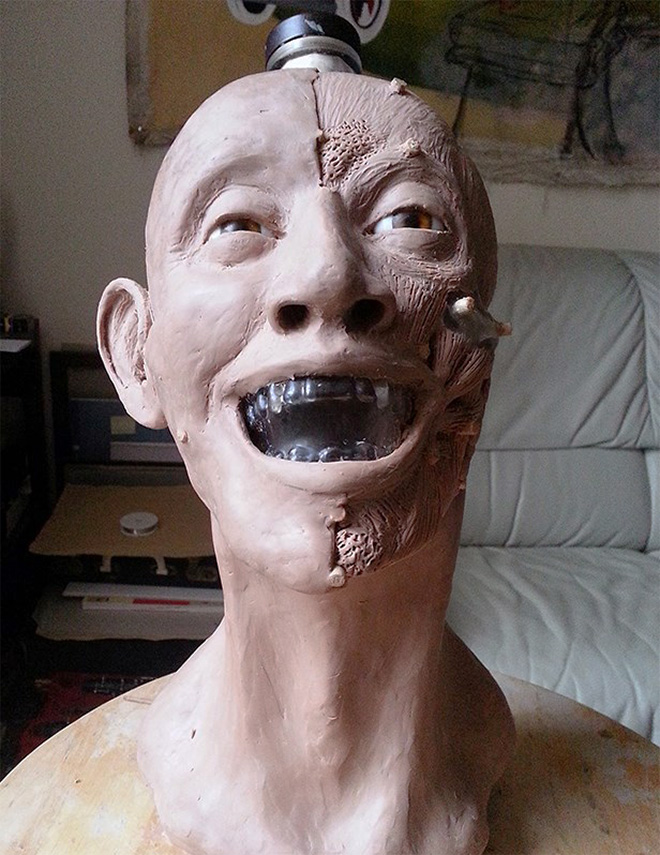 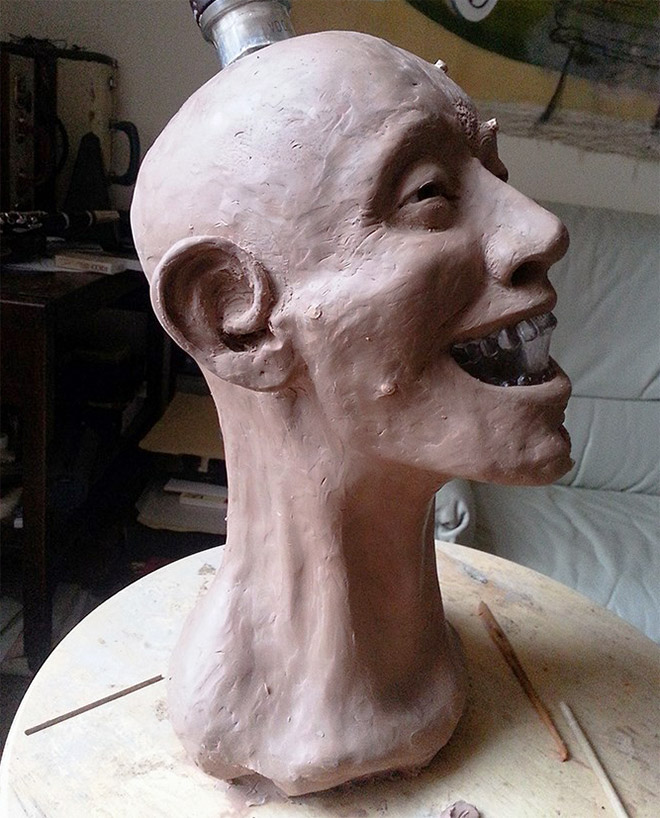 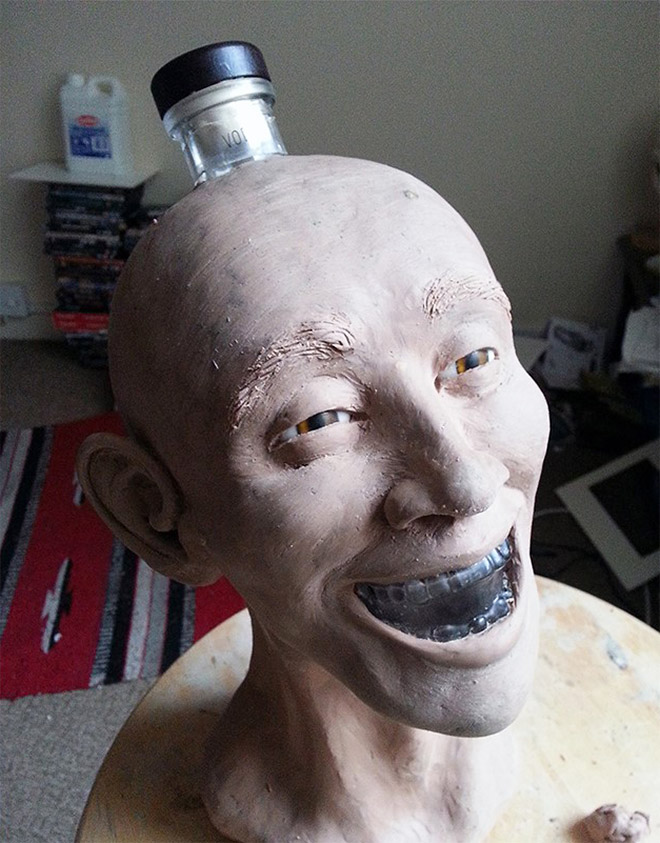 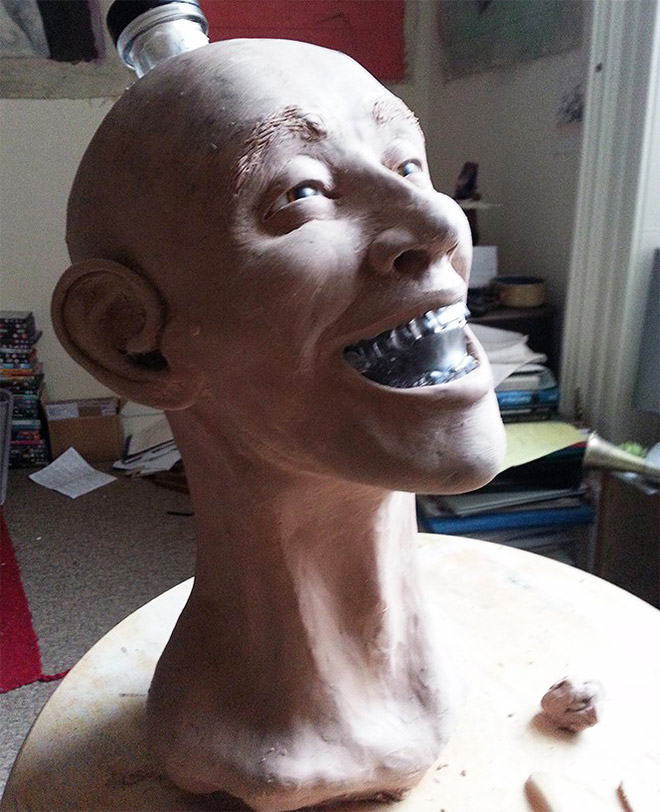 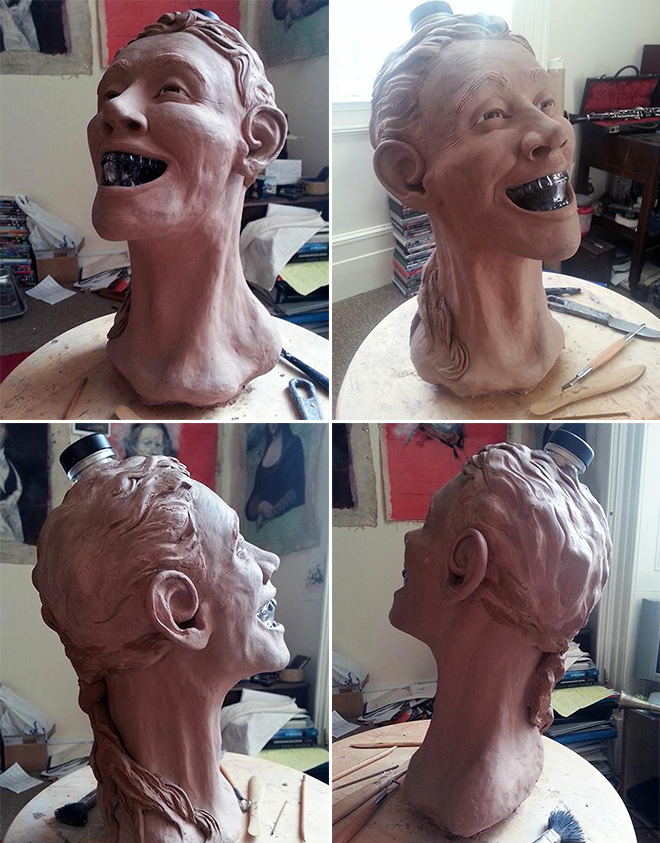