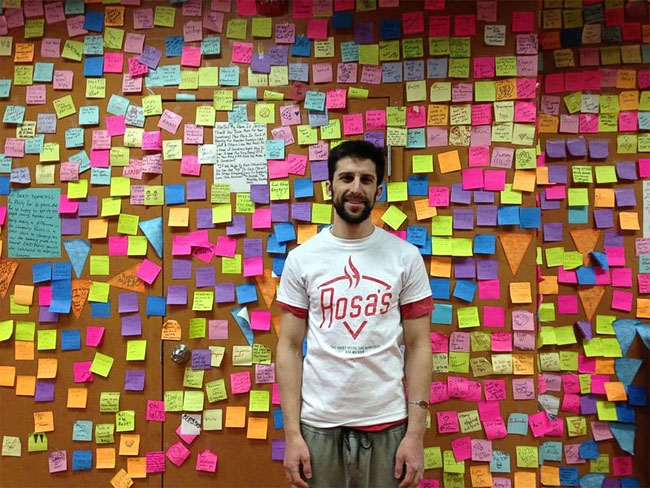 Meet Mason Wartman. In 2013, Wartman left his job on Wall Street to open up Rosa’s Fresh Pizza, a shop that sells slices of pizza for only $1 (tax included). The concept is popular in New York City and Wartman wanted to bring the idea to his home town of Philadelphia. One day a customer asked if he could ‘pay it forward’ and buy a slice for someone in need. Wartman loved the gesture so he drew a smiley face on a Post-It note and stuck it on the wall to symbolize a free slice for someone in need. 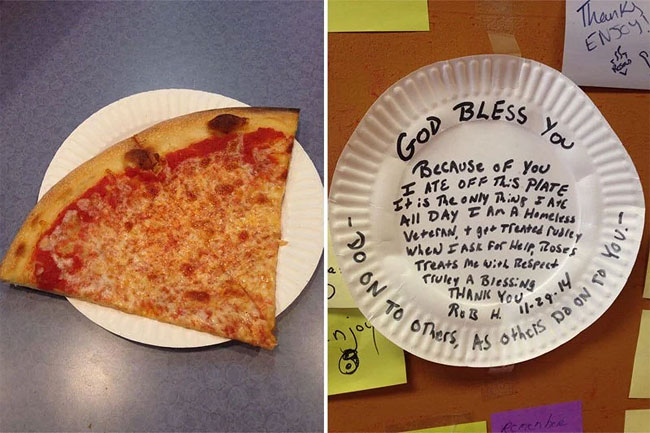 Word quickly spread that if anyone was hungry or broke, they could come in and use one of the Post-It notes on the wall as a voucher for a free slice. Ever since that first customer paid it forward back in March 2014, over 8,300 slices have been given away to feed those in need. 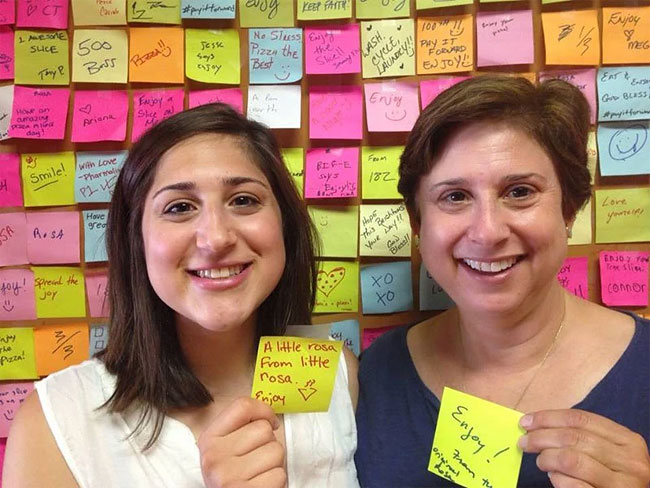 Wartman estimates that Rosa’s (which was named after his mother), gives away about 30-40 slices per day. So many customers and people who have heard of the initiative (Ellen DeGeneres recently donated $10,000) have donated that Wartman now keeps track of the free slices on the register, leaving the wall for thank you notes, messages of encouragement and photos. You can see some of the amazing notes below. 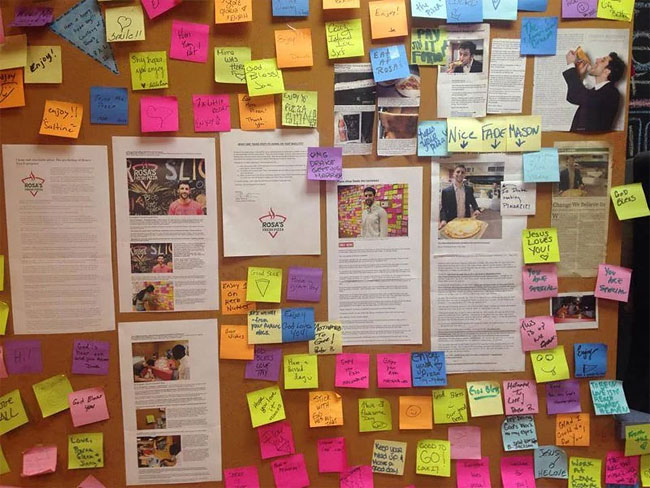 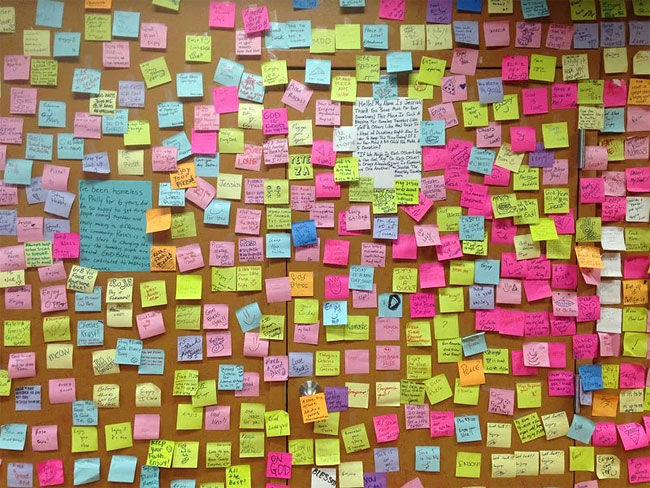 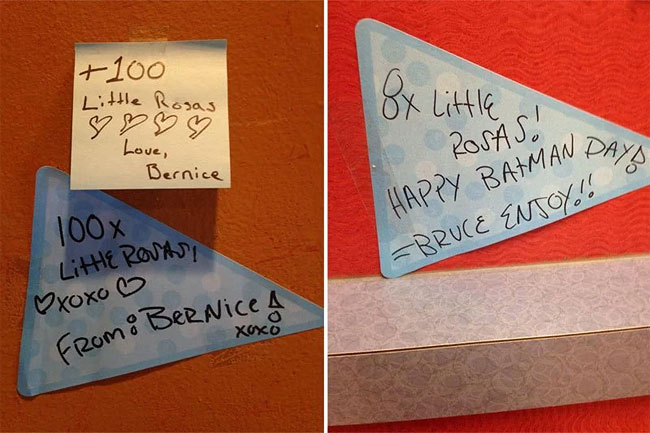 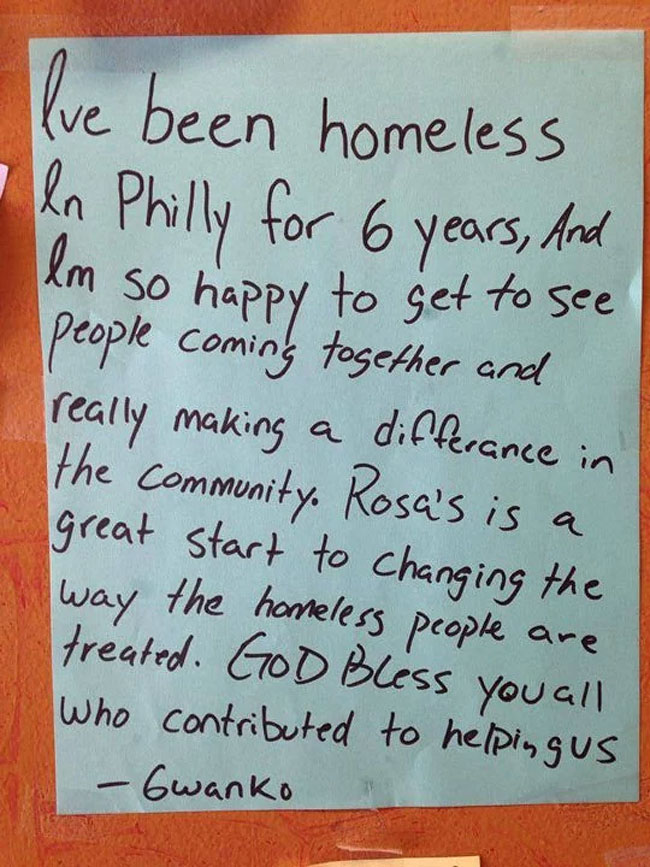 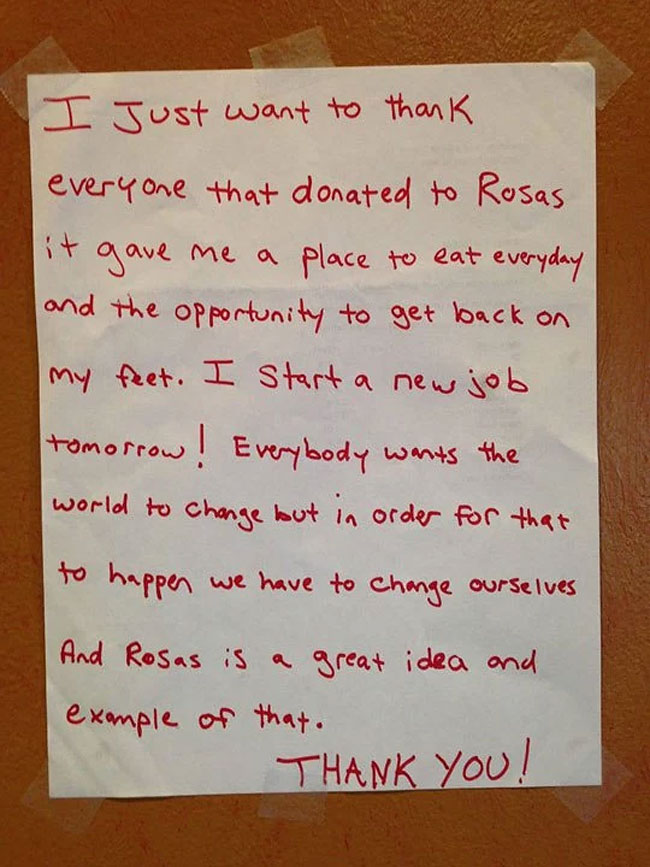 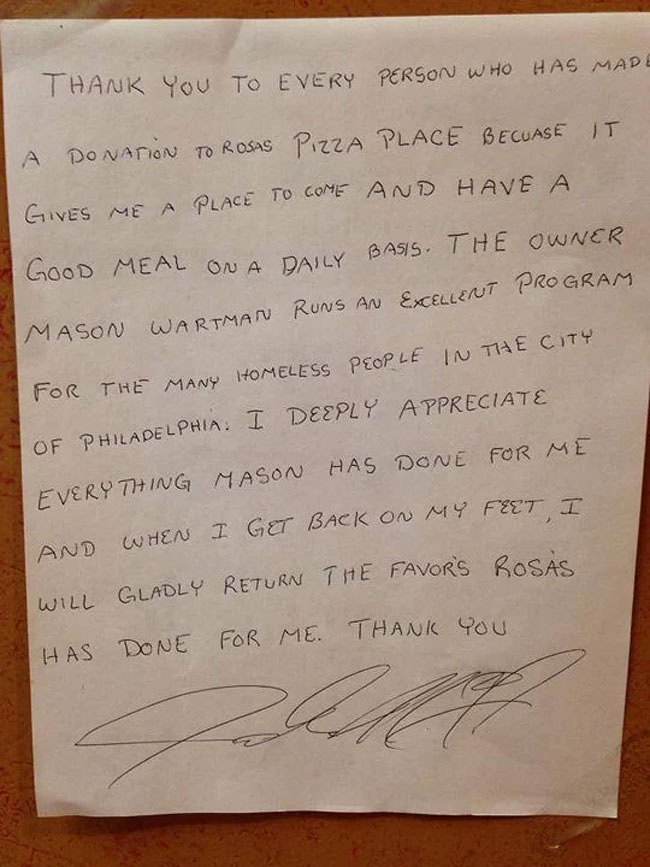 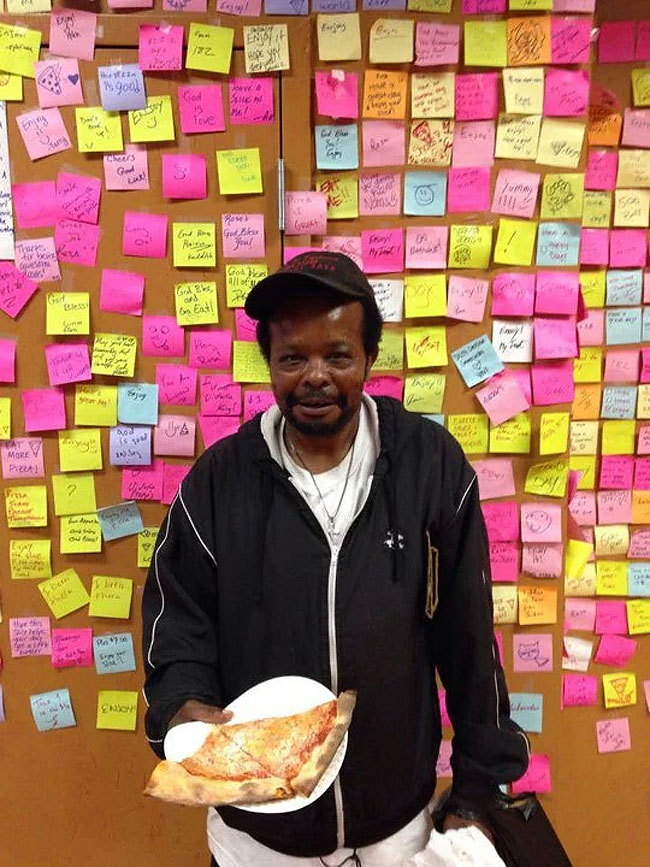 Awesome Star Wars Fan Art By Tsuneo Sanda, Official Lucasfilm & Disney Artist
Starblazer: Forgotten Fantasy Fiction In Pictures
Careful What You Ask For Because This Guy Is A Photoshop Troll Master
An Artist Made Stunning Illustrations About Modern Society
Artist Draws Silly Comics About Her Life With Husband And Their Pets
"The Way We Fall": Eerie Illustrations Of An Apocalyptical World By Yuri Shwedoff
Illustrator Turned 8 Iconic Tom Hanks’ Characters Into Cartoons
The Northern Lights set a Glacier Aglow
Photographer Creates Imaginative Images Of Her Daughter And Her Shadow
Fight The Power: Honest Street Art Around The World
Heart-Warming Illustrations of True Love in All Its Beauty and Joy
Street Artist's “Celebrity Takeover” In Hosier Lane, Melbourne
Illustrator Shows How Tough Caring For Babies Could Be
12 Easy Ways To Help Your Children Understand Math
Father's Game Guides Are Amazing
Repurposed Wood Doors and Furniture Transformed into Geometric Faces on the Streets of Belgium
Artist Ted Chin Creates Stunning Dreamlike And Surreal Photo Manipulations
You Think Your Life Is Hard? These Animals Have Real Problems!
Russian Artist Shows How Celebrities Would Look If They Were Disney Princesses
German Graffitist Creates 3D Optical Illusions Over The Urban Landscape
Childhood Of Tomorrow: The Incredible Surreal Art Of Simon Stålenhag
Aaron Campbell’s Marvelous Photoshop Illustrations
Superheroes Reimagined With Realistic Body Types
Dad Shows What Would Happen If Kid’s Drawings Became Reality
"When God Comes Back": Dark Brutal Macabre Illustrations by Ash Thorp
Unbelievable Hyper-Realistic Pastel Drawings On Boards Of Wood By Ivan Hoo
Truck Turns Into A Wintery Mess
Artist Documents The Best License Plates That People Have Spotted On Cars
Talented Street Artist Bends Reality With His Three-Dimensional Illusions
Russian Artist Illustrates What Would Happen If Famous Characters Got Old, And Thor Is Too Cute
banker, customers, joint, pizza, quits, street