He Lives In A Tree, Doesn’t Wear Shoes, And Brushes His Teeth With A Pinecone 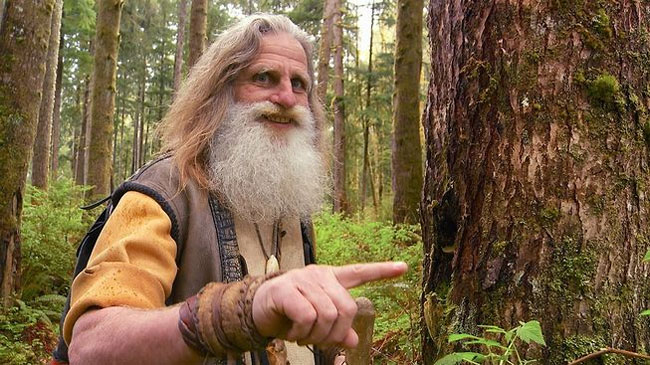 If you were to meet this guy in the woods, especially if it’s nighttime, you’d probably think that it’s a local troll or a yeti. However, in reality, he’s no yeti. His name is Mick Dodge, and before deciding to live in the woods, he was a marine for six years at Fort Lewis. It is hard to tell what moved him to leave the busy life of the city and start living in the Hoh Rain Forest. It could have been that he decided the leave the stressful life of the city, or maybe he simply loves the solitary life of a hermit. Another thing that is peculiar about Mick Dodge is that most of the time he walks barefoot, hence the nickname “The Barefoot Sensei”. 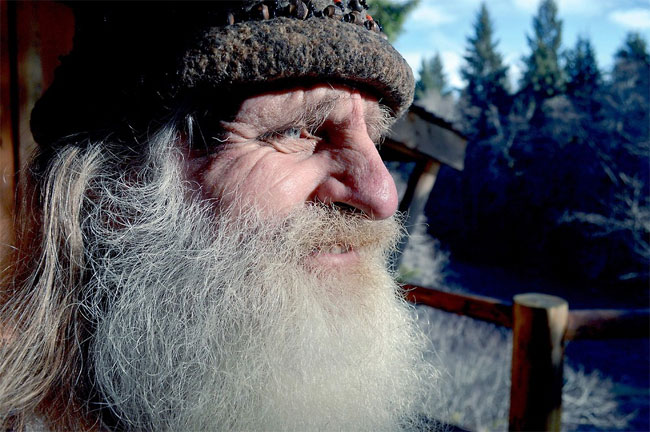 About 25 years ago, Mick Dodge shed his shoes, grew his beard, and left modern civilization (and a family) to live alone in the Pacific Northwest’s Hoh rainforest. But he’s not a total isolationist; he’s dialed into a community of mountain dwellers and agreed (although it took convincing) to be the subject of National Geographic Channel’s series “The Legend of Mick Dodge.” 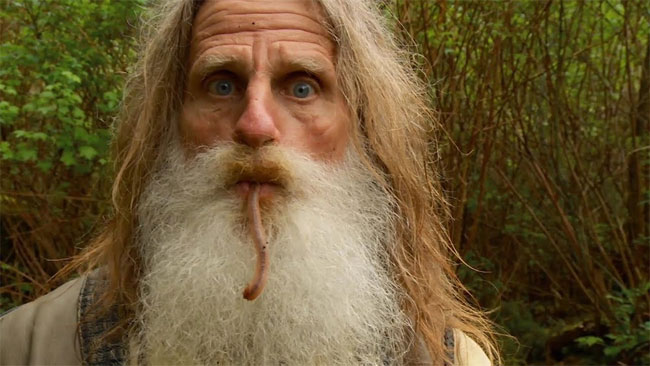 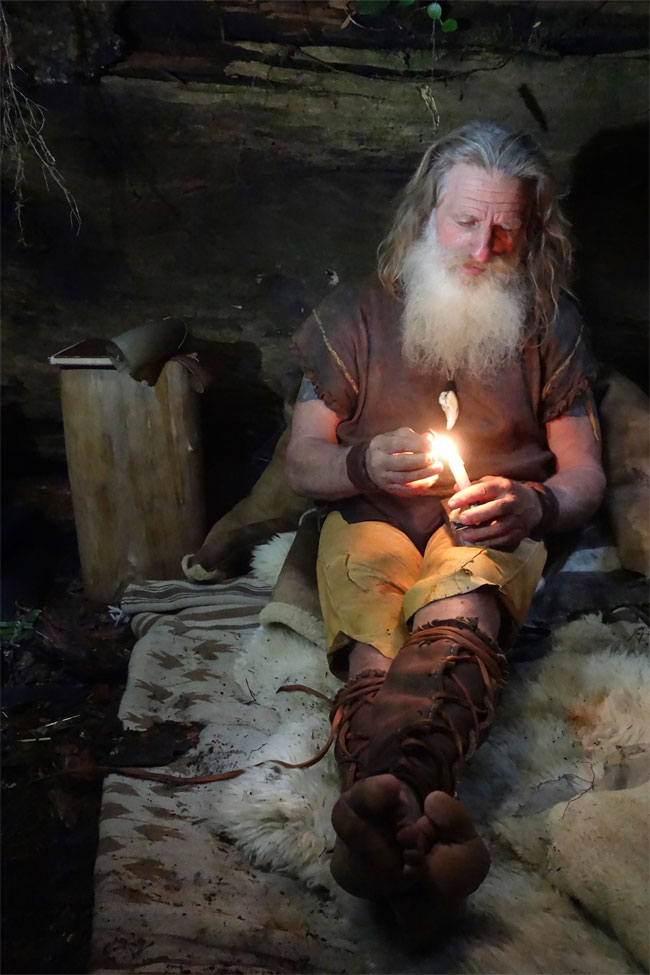 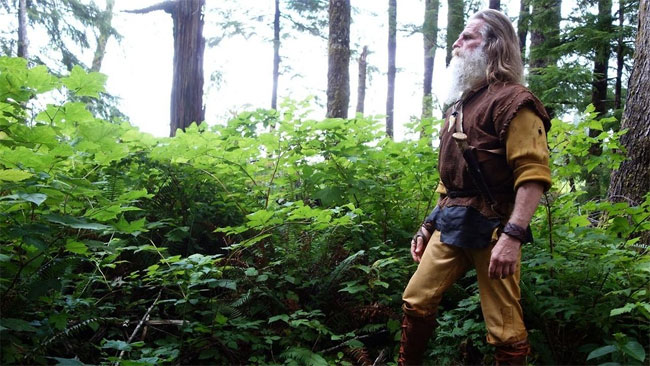 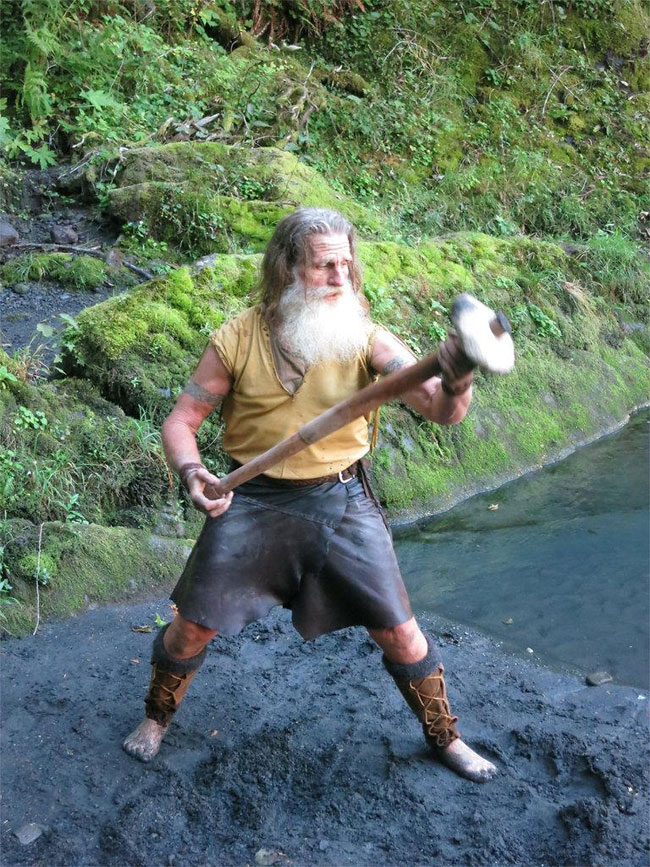 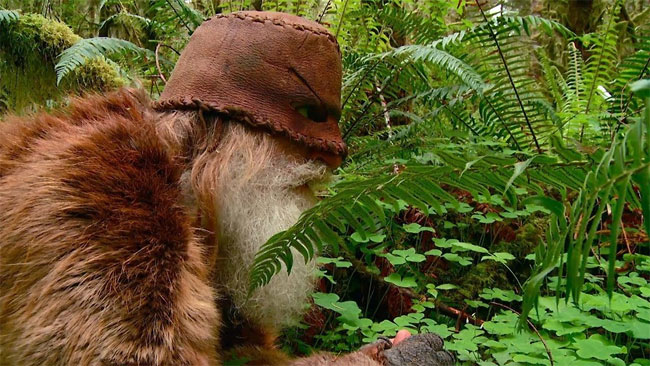 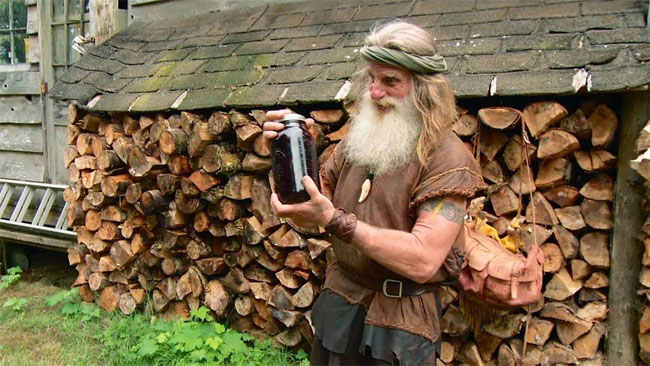 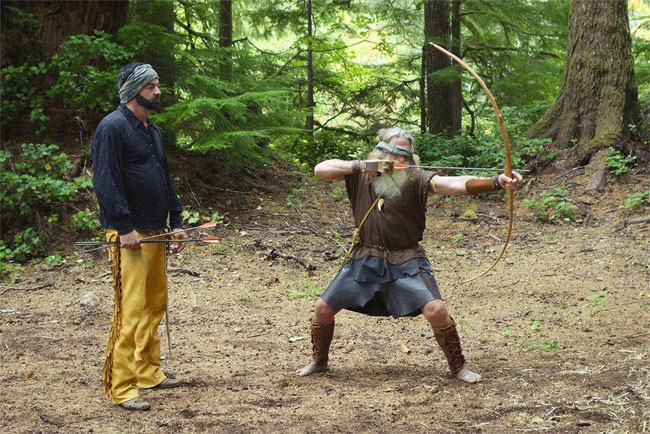 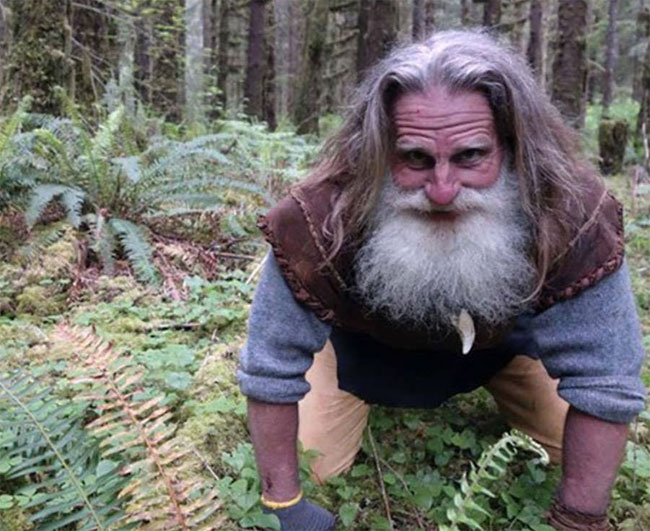 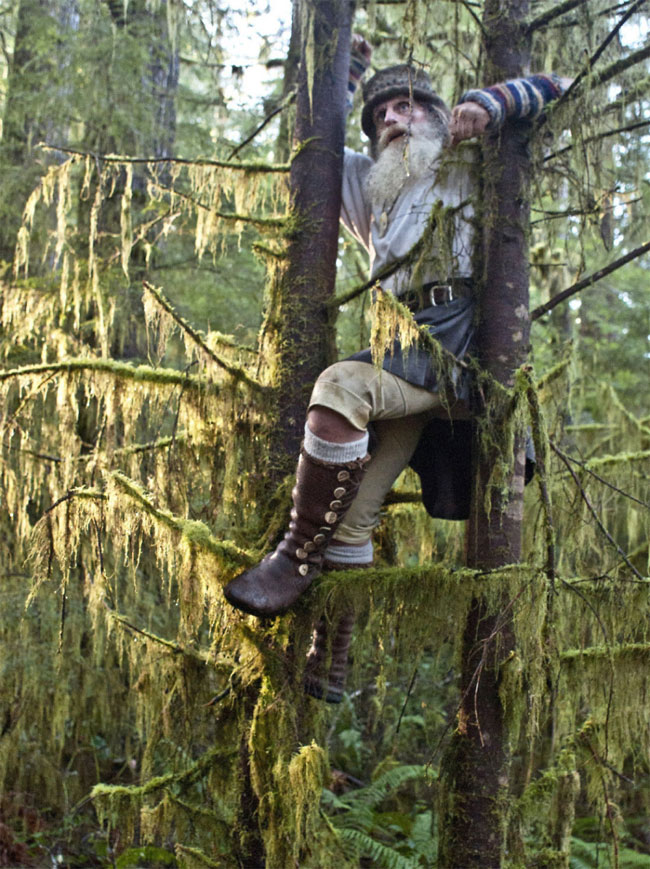 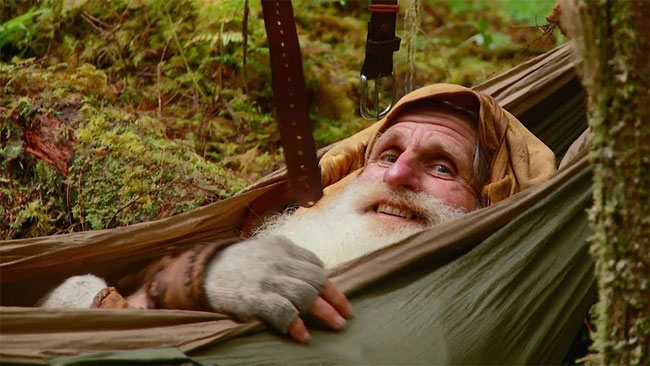 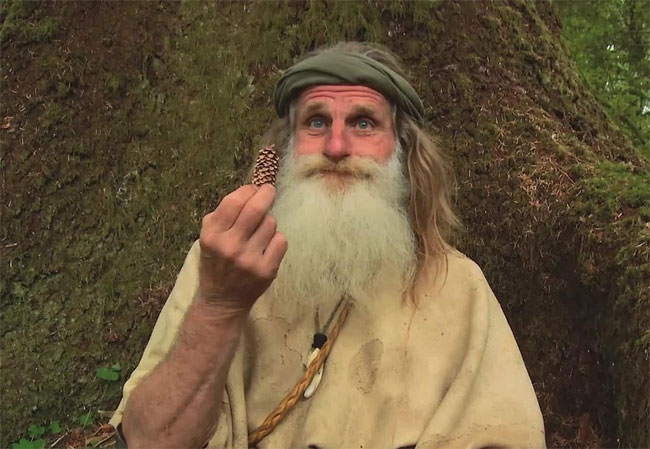 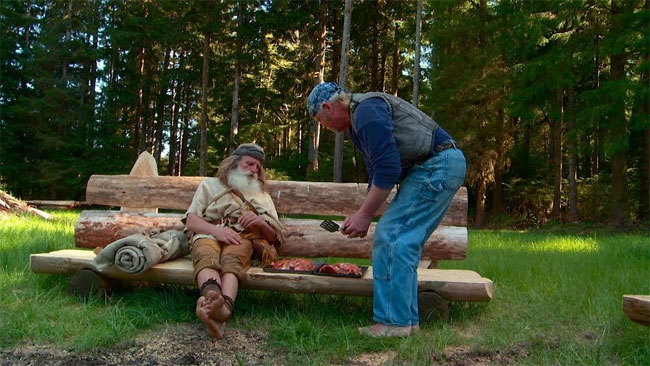 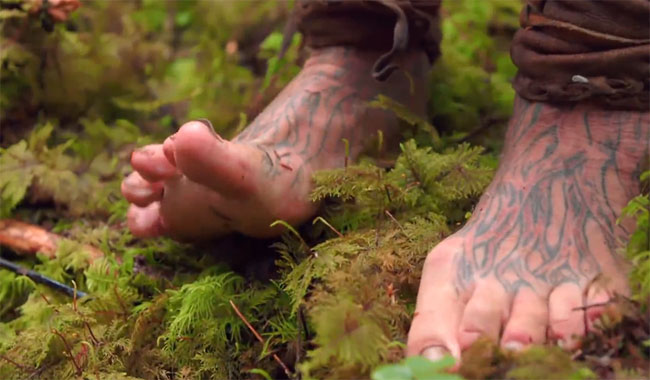 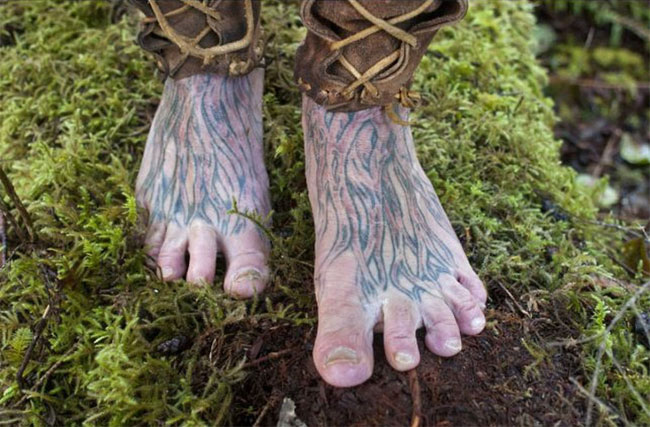 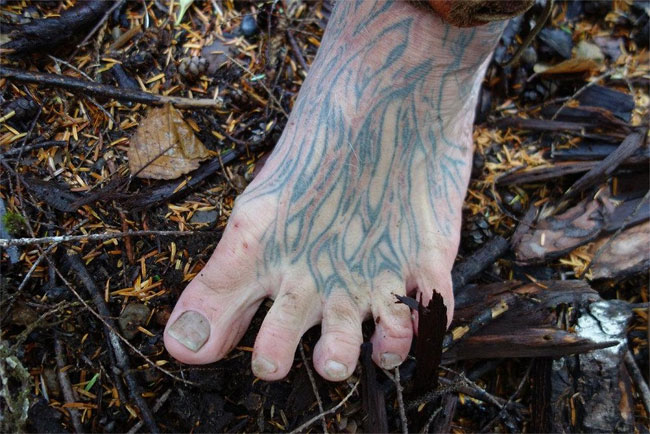 Young Garbage Pickers in India
Impressive and Tiny Villa on Dunbar Rock Opens in Honduras
As the World Plunges Into the Flames of The Pandemic, Thousands of People at The Halloween Parade in Wuhan
This Gorgeous Place Might As Well Be Called Pirate Island
Illegal Fishing in Zimbabwe
You Can Sleep Behind A Wall Of Books In This Hostel In Tokyo
A Walk In Nanjing’s ‘Love Tunnel’
Toilets Around the World
This Woman And Her Cat Have Been On The Most Gorgeous Sailboat Adventure Since 2006
The Tiny Island Housing London's Last 'Coronavirus-Free' Community
Travel Times To Cities Around The World
A Real-Life Yellow Submarine for Rent
Famous Album Covers Brought Onto Their Original New York City Locations Where They Were Shot
This Photographer Has Captured Stunning Images Of America's Most Intense Storms From An Extraordinarily Close Perspective
So In Sweden, McDonald’s Has A Ski-Thru Restaurant
Olympus Mons - The Largest Volcano in The Solar System
Wide Seats And Plenty Of Legroom: These Old Pan Am Photos Show How Much Airline Travel Has Changed
Shipwrecks Visible In Clear Lake Michigan Waters
Photographer Creates Inspiring Pictures Showcase The Splendor Of The Natural World, Using People To Highlight The Beauty And Scale Of These Epic Landscapes
Welcome To Creepy Island Of Broken Dolls On Teshuilo Lake In Mexico
For Honor - Vikings Gather For Up Helly Aa Festival In Shetland Islands
Eerie Statues Of American Presidents Forgotten By Time
Dickens World, The Defunct Theme Park Dedicated To Live Action Re-Enactments Of Charles Dickens Novels
Giant Crystal Cave In Naica, Mexico - The Place Where Superman Was Born
Probably, This Is The World’s Most Peaceful Toilet
This Guy Makes Sweaters Of Places And Then Takes Pictures Of Himself Wearing The Sweaters At Those Places
Descend Into A Tomb Of Imprisoned Vehicles Frozen In Time
Jadayupara, The Largest Bird Sculpture In The World
Girl Shares Pics Of Street Food From Around The World On Her Instagram Account
brushes, doesn, lives, pinecone, shoes, teeth