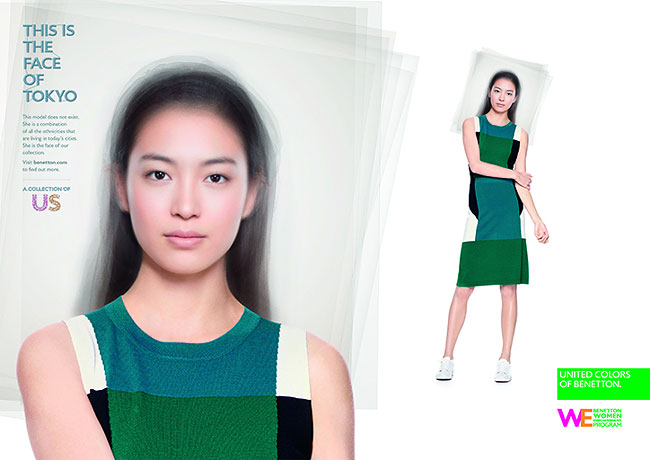 For decades, Benetton has been known for using models of different skin colors, ethnicities and appearances to promote diversity with its “United Colors” campaigns. But the latest campaign doesn’t use real models; instead, the Italian fashion retailer has used computer-generated faces based on data from different cities around the world. 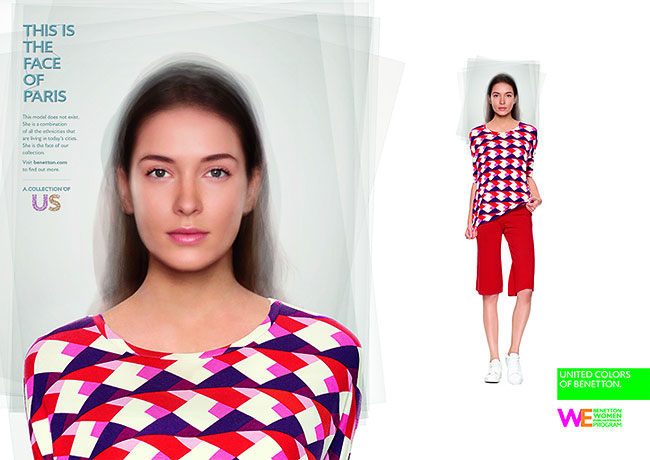 The campaign, appearing globally in print, out-of-home, in digital media and in-store, was created by 180 Amsterdam. It depicts a series of faces created based on the facial features and racial mix of different cities around the world; London, Paris, Tokyo, Berlin, Milan and New York. The starting point was investigating the ethnic make-up of each capital, using statistical, demographic analysis from a number of population information sources, and incorporating international data as well as city-specific census reports, in order to most accurately reflect the proportion of each city’s specific racial mix. The team then visited each city to collect portraits of people living there. 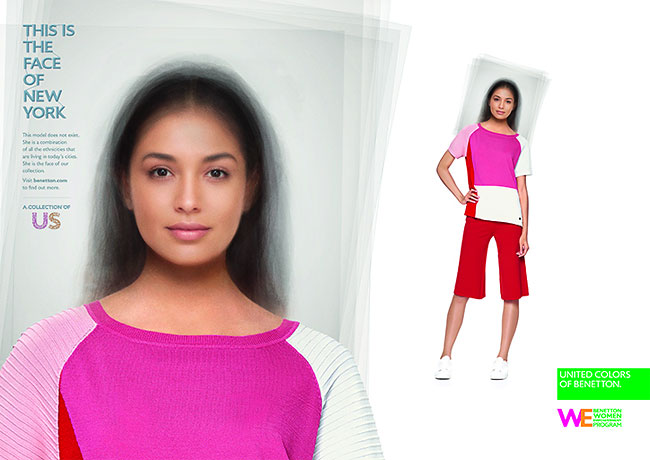 The final models’ faces were created using an algorithm that aims to ensure that the proportion of each ethnicity is reflected through features such as skin tone, the shape of the eyes and nose, hair type and color, as well as overall face shape. In the end, though, the computer-generated models almost feel pretty mainstream, compared to the more diverse images of beauty from Benetton’s past. 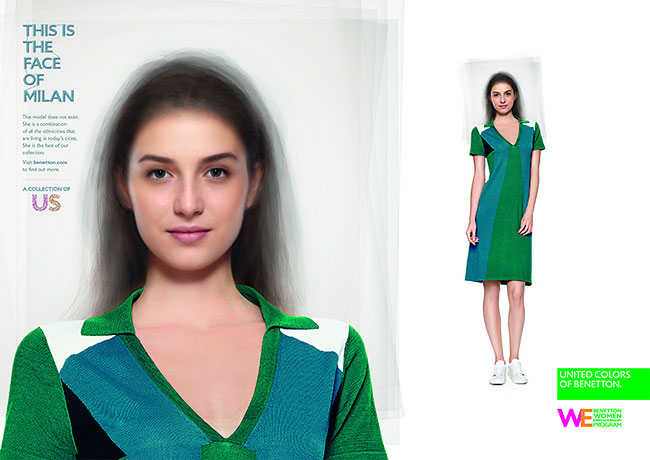 The work is the first by 180 Amsterdam for Benetton — the agency was appointed to handle projects in 2015. Benetton also still handles some advertising in-house. 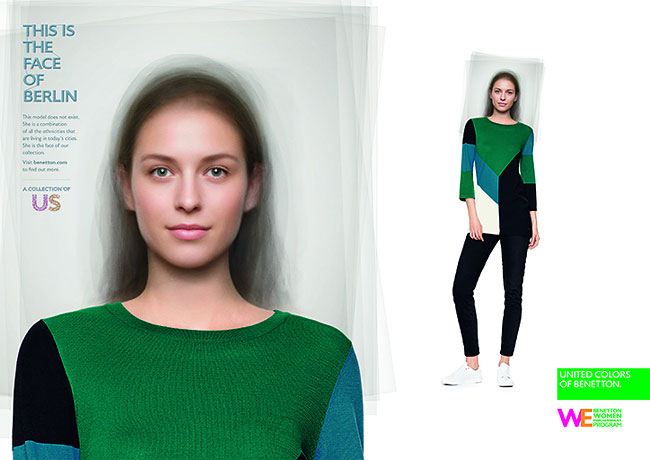 Bizarre Photographs of Thailand’s Buddhist Hell Garden
This Gorgeous Place Might As Well Be Called Pirate Island
Hukou Waterfall: The Yellow Waterfall
After Their Wedding, This Couple Did What Many Of Us Have Always Dreamed Of Doing
Lingerie Models Replaced Mascots During A Football Match
Tales From The Thousand Lakes: Stockholm's Colourful Metro Stations
Embrace Spring With Pictures Of Japan's Cherry Blossoms
Sculptures All Over The World Are Currently Being Discovered With Medical Masks Affixed To Their Mouths - Please, Stop Doing This!!
A 1960s Bedford Panorama Bus Lovingly Converted Into A Traveling Home
This 25-Year-Old Puddle Has Its Own Instagram Account
Twelve Parsecs: The Ultimate Star Wars House Is On Airbnb
A Walk In Nanjing’s ‘Love Tunnel’
Here Is The Most Terrifying Place On Earth
Japan’s Rural School
Wonderful Color Pics Document The Trailer Life Of An American Family During The 1950s
The Pro Tip Of How To Create A Sexy Picture By The Pool
Beautiful Abandoned NYC In Photographs By Will Ellis
I Follow You! Christian LeBlanc Copies Instagram Craze With Photos Of Girlfriend Leading Him
20 Beautiful Photographs Of Urban Decay In Detroit’s Crumbling Ghost Neighbourhoods
Parts Of Hawaii Are Covered In Snow
A Brief Snapshot of What the World Is Actually Eating for Breakfast
This Photographer Has Captured Stunning Images Of America's Most Intense Storms From An Extraordinarily Close Perspective
Living on Water
Sleep In A Bookshelf With 5000 Books In Kyoto’s New Bookstore-Themed Hostel
benetton, computer, create, ethnicity, generated, models

“The Last Iceberg” by Camille Seaman
Charmed 3D Models Of Rebeca Puebla Inspired By BDSM
Drainage Canal In Japan Is So Clean They Yven Have Koi In It
The Queen Of The Night, A Very Special Kind Of Orchid Cactus, Blooms Again At The St. Petersburg Botanical Garden
From New York To Bangkok: Photos Of Vintage Coca-Cola Signs
The White Frontier: Female Photographer Captures Beautiful Images Of Canada's Most Remote Regions In The 1900s
Children From A Remote Village In China Have To Take A Dangerous Path To Get To School
Unconventional Tourist Photographs Reveal What’s Behind the World’s Most Visited Sights
Giant Crystal Cave in Naica, Mexico
The World’s Most Unusual Beach Is A Glacier In Russia’s Kingdom Of Permafrost
Source of inspiration since 2007. Proudly hosted by WebHostingBuzz.
Privacy Policy · Terms of Service · Content Removal Policy 🇺🇦 ❤️