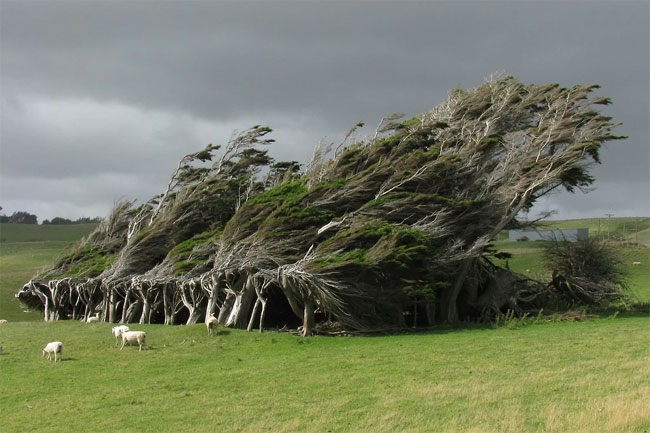 There are a lot of unusual sight around the globe, but Slope Point of New Zealand is differently natural wonder. Slope Point is the southernmost tip on New Zealand’s South Island. The place is systematically blasted by great force of cold wind, that causes the trees to bend and transform their appearance. The wind from the Southern Ocean attacked the trees, as they grew. In order to be least resistant, the tree brunches turned to the opposite direction, so they got windswept appearance. 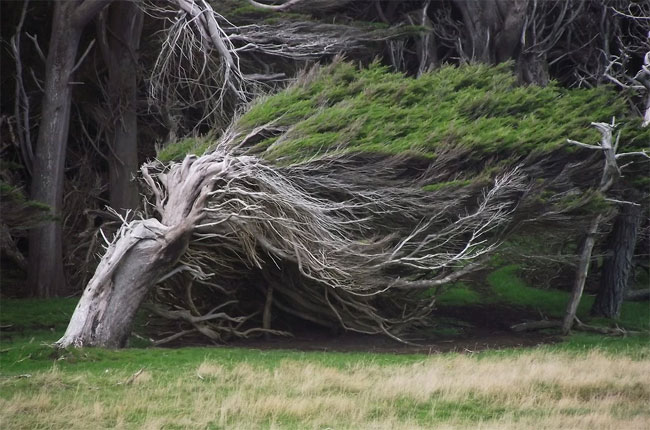 Slope Point is not inhabited, for obvious reasons, but sheep still wander around. There are a few shelter built by farmers to protect animals from gusty winds. There is a small signpost, that has the distance to the Equator and the South Pole written on it. Since, there is no road to Slope Point, it takes 20 minutes to reach it. 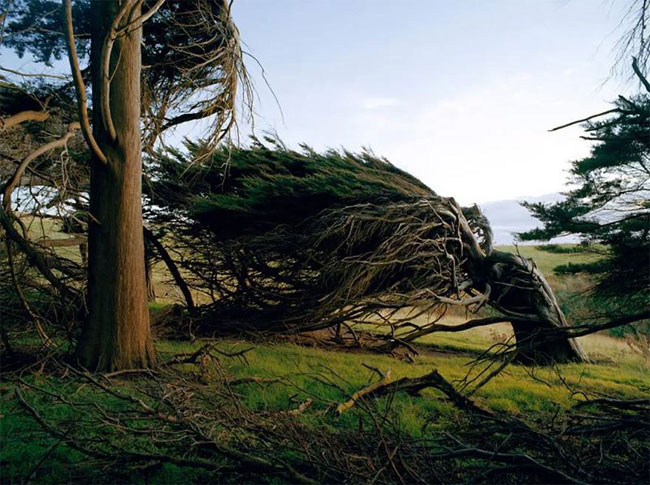 Beauty created by force of nature, breathtaking steep cliffs and lush fields, will leave visitors amazed; well, in a good weather of course. 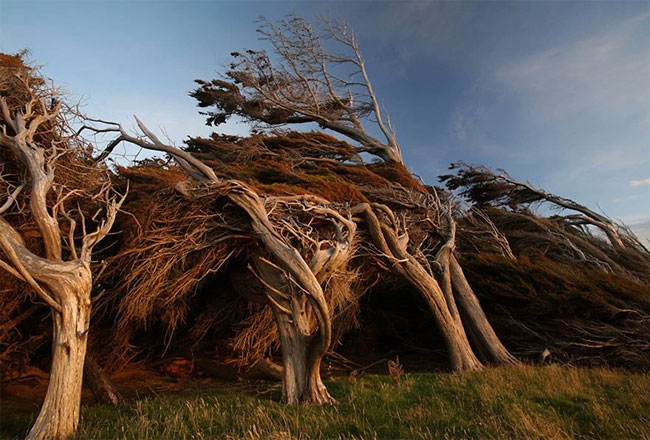 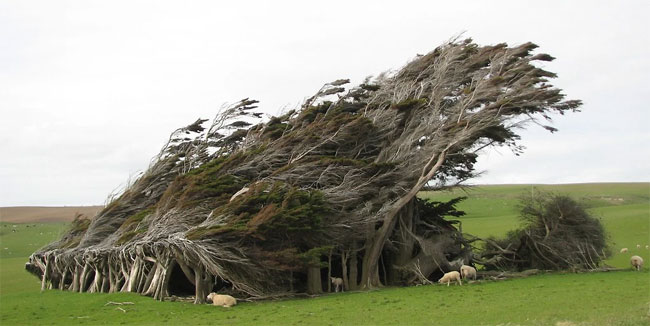 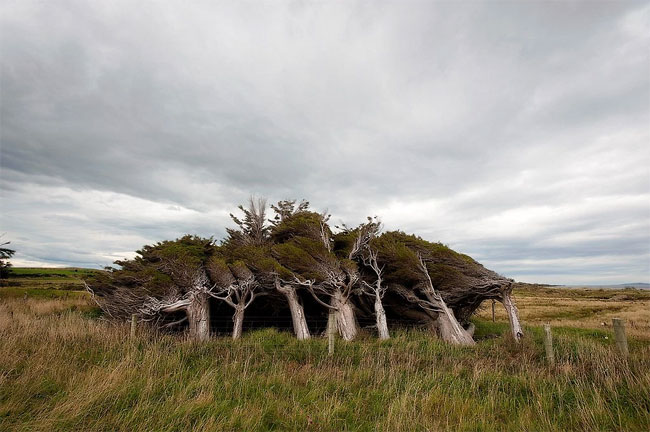 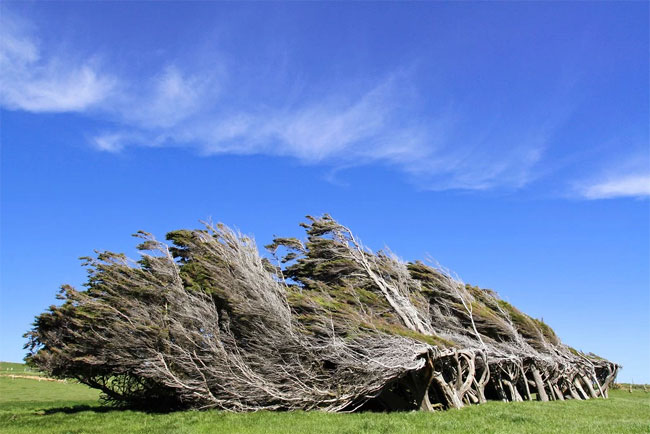 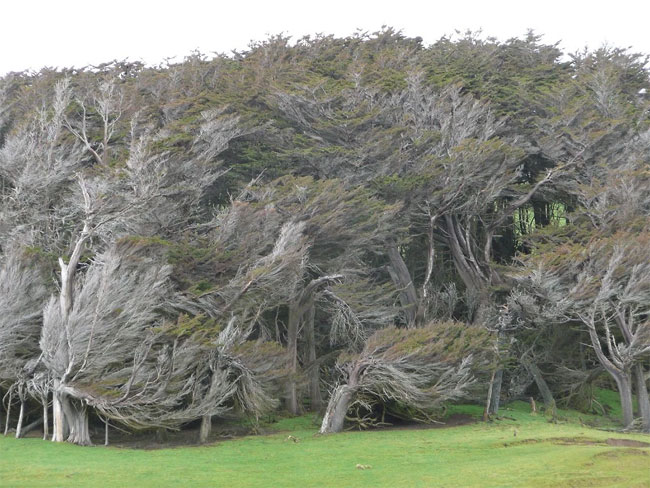 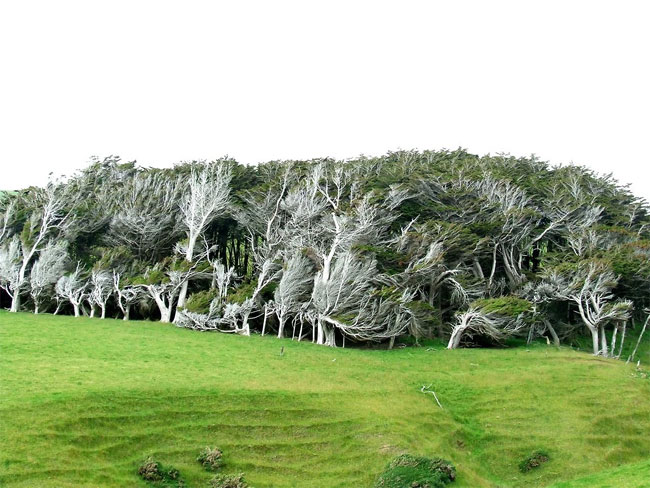 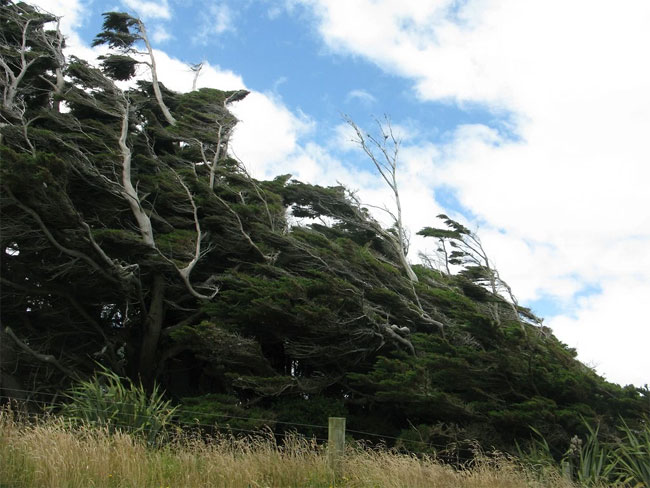 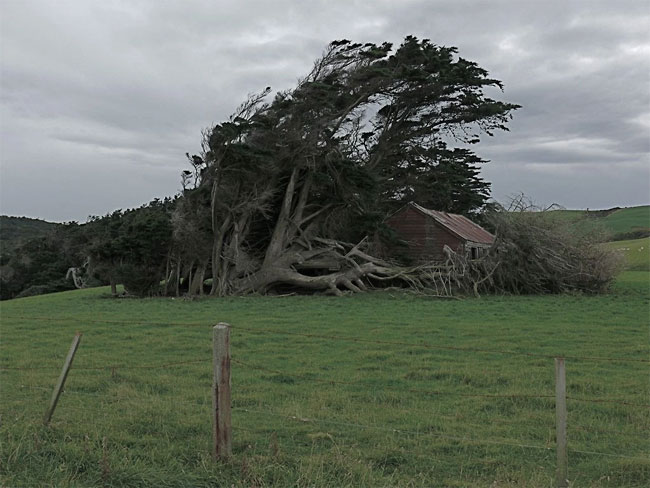 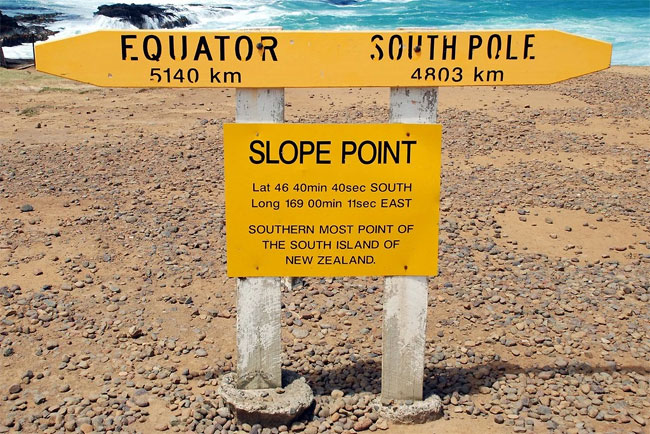 Artist Heesoo Lee Makes Beautiful Aspen Trees Grow On Delicate Ceramic Vessels
Amazing Van Gogh Paintings Re-Created On Matchboxes By Salavat Fidai
Inside Sweden's Ice Hotel Made Entirely of Snow and Ice with Incredible Suites
The Ghost Villages Of Indonesia
Seoul’s Poop Café Offers Sweet Treats
The City that Builts into the Rock
Hippie Van Of The 1960s: Amazing Photographs That Capture People With Their Classic VW Buses
Glamorous Vintage Camper Is Your Midcentury Dream Home On Wheels
Nomadic Couple Built a Stylish Trailer Home for $50,000
Spiderman Wanders Through The Skies Of Bogota, Colombia
Stunning Art Created On A Frozen Lake Baikal
Amazing Vintage Color Photos Of Trailer Parks In The United States From Between The 1950s And 1960s
I Follow You! Christian LeBlanc Copies Instagram Craze With Photos Of Girlfriend Leading Him
These Photos Of Fireflies Show How Beautiful Summer Nights Are In Japan
Abandoned Theme Park Where An Army Of Dismembered Dummies Lies Rotting In An Overgrown Wasteland
Artist Shows Off The Fleeting Nature Of Beauty With Crumbling Portraits
These Photos From An Abandoned Doll Factory Will Fuel All Of Your Nightmares
Amazing Kodachrome Snapshots Of Beaches In The U.S In The 1950s-60s
A Walk In Nanjing’s ‘Love Tunnel’
Australian Traveller Captures Moment He Was Photobombed By Humpback Whale
Rude Trip: Two Brothers Go On a Naughty Place Name Tour Across UK
Chinese Village Is Home To 39 Sets Of Twins
Traveller T-Shirt With 40 Icons Lets You Communicate In Any Country Even If You Don’t Speak Its Language
Surreal Sliding House Created By Artist Alex Chinneck
beauty, created, force, point, slope, trees