Why Did A Brazilian Millionaire Winch A Formula 1 Car Up The Side Of An Apartment Block? 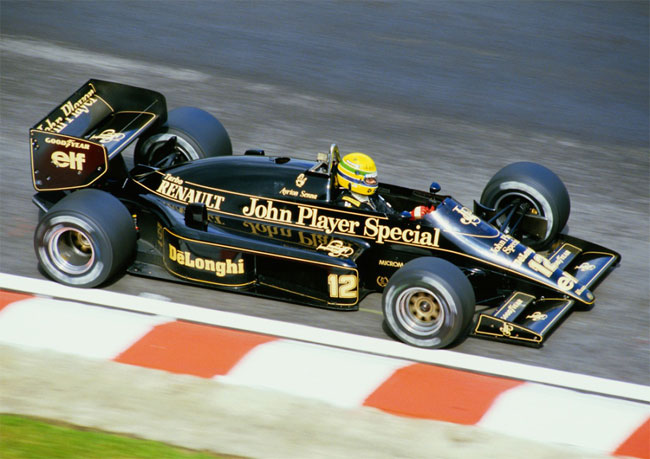 Yep, you read that right! An anonymous Brazilian is a huge Ayrton Senna fan, and he managed to get hold of Senna’s 1985 Lotus 97T Formula 1 car. But where do you keep such a car if you live in an apartment? Er… in your apartment obviously! 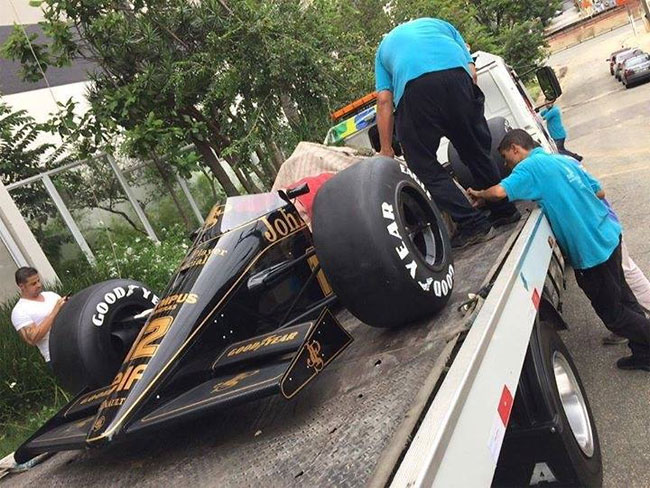 Why the ceiling? Well apart from the obvious space issue we can only presume it’s a homage to the Lotus Team’s ‘ground effect’ cars. Lotus were among the most technologically advanced cars of their time, and team boss Colin Chapman understood the dark art of aerodynamics more than anyone else. He created the ground effect cars which created so much downforce that at anything over 160mph they could theoretically drive upside down in a tunnel without falling off! 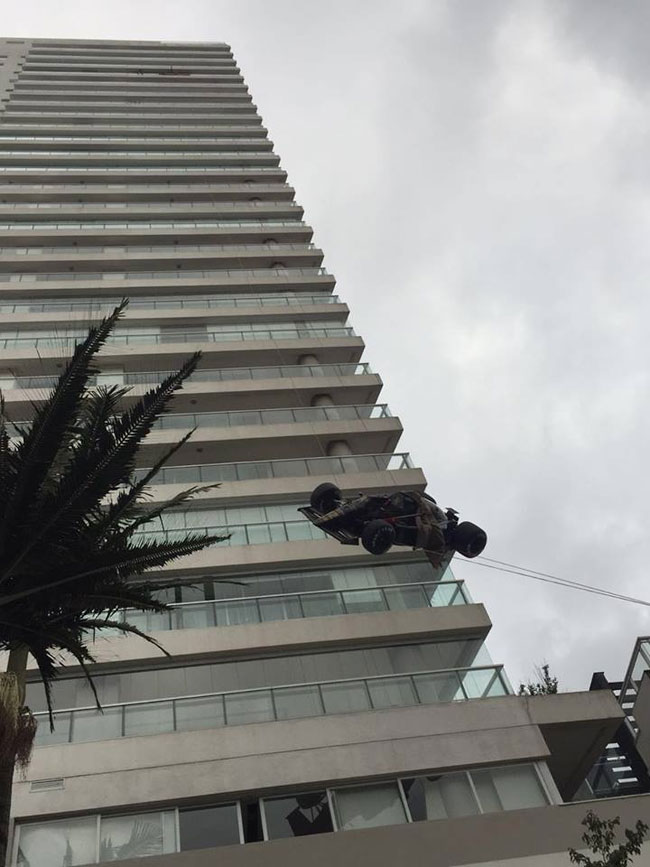 It allowed such high cornering speeds that it became dangerous, and after a number of high-profile incidents the technology was banned from in the mid 80s. 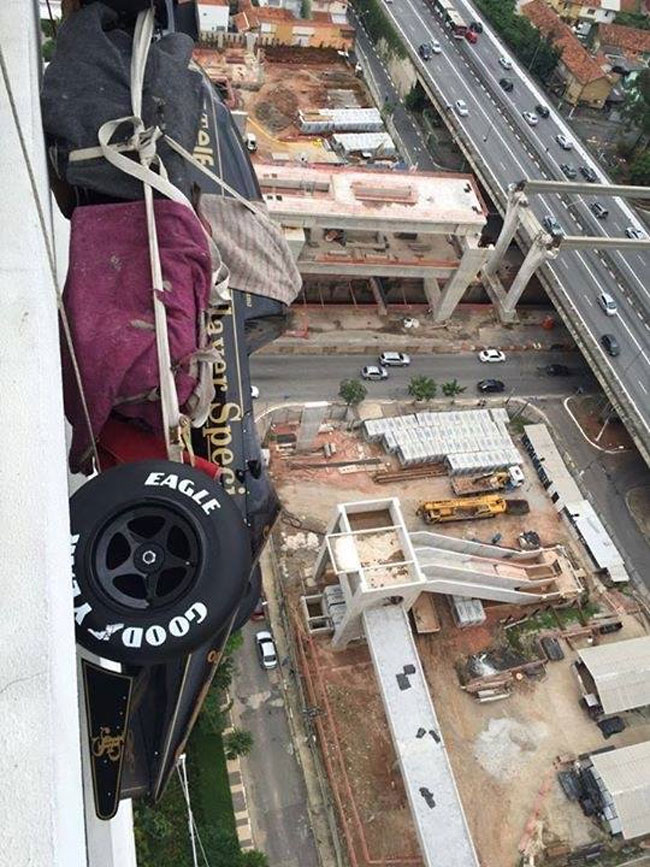 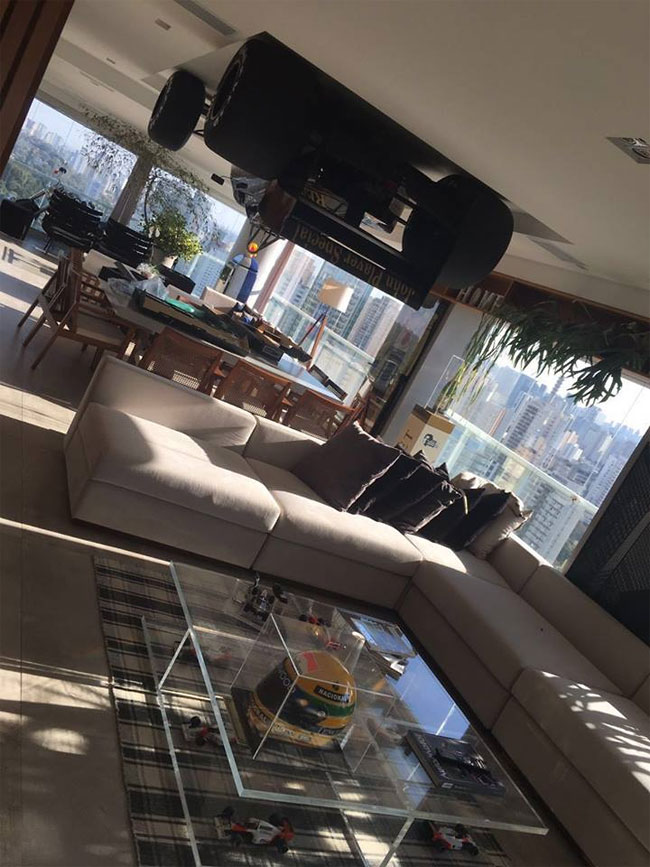 The City that Builts into the Rock
Atmos Studio Creates Amazing StairStalk Staircase For HIDE Restaurant In London
This Incredible ’Time Capsule’ Home Hasn’t Changed At All For Over 72 Years
This Island For Sale, Built As A Radio Broadcast Station In The 1940s
This Artist Spent 10 Years Carving A Giant Cave – Alone With His Dog
Chinese Drug Maker’s Deluxe Office Building Comparable to Imperial Palace
This Instagram Account Shares Amazing Photos Of The Doors Of London
Bloomin' Lovely
Man Uses 11 Shipping Containers To Build His 2,500 Square Foot Dream House, And The Inside Looks Amazing
You’ll Never Guess What This Tiny House Looks Like On The Inside
American Radiator Building - The Most Beautiful Skyscraper Of Art Deco Era
Secluded Timber Cabin on Stilts is a Creative Escape for Writers
The Instagram Account Sharing The Most Beautiful Libraries In The World
Playscraper, a Skyscraper Composed of Tennis Courts
Let's Take A Closer Look At The Scariest Playground In The World
An Aerial View Of The 90-Meter-Long Puffer Fish Tower In East China
This House Was Designed With A Wall Space For Projecting Movies On It
Wooden Dome Design by Patrick Marsilli
The Most Diabolically Evil-Looking Buildings In The World
Japan's Terrifying Road Is Enough To Give The Most Confident Driver Nightmares
Is It A Billboard? No, It's A Building!
Frank Lloyd Wright’s Most Famous Buildings Get 3D Paper Model Treatment In New Book
Las Pozas: The Surrealistic Wonderland Hidden in the Middle Of The Jungle
Cemetery Overcrowding Around the World
35 Entrances, 3708 Apartments: Welcome to the Russian Kowloon Walled City!
Luciano Pia’s Incredible Urban Treehouse Protects Against Air And Noise Pollution In Turin
Brad Pitt Has Built Over 100 Homes For Families Who Had Lost Everything During The Hurricane
Grave Interruption: Building Around a Tomb in China
See How This Row House Became The Best On The Block, With The Use Of One Simple Material
Mirage House With Infinity Pool On The Roof By Kois Associated Architects
apartment, block, brazilian, formula, millionaire, winch