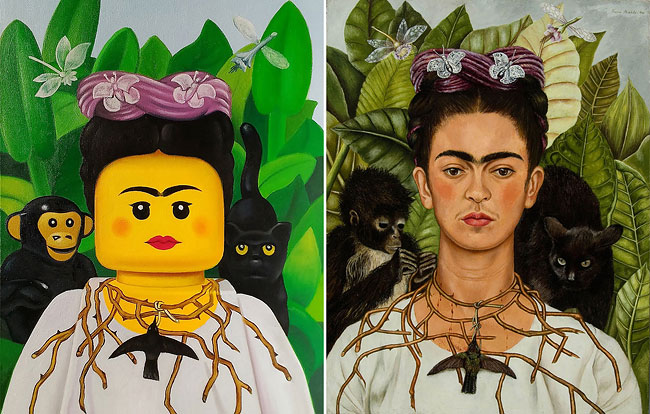 You’ve seen LEGO minifigurines, those yellow humans that inhabit every imaginable LEGO universe. But what would happen if they magically appeared in some of the world’s most famous paintings? Italian artist Stefano Bolcato fulfills this fantasy with his clever series People.

Inspired by Frida Kahlo’s Self-Portrait with Thorn Necklace and Hummingbird, 1940: 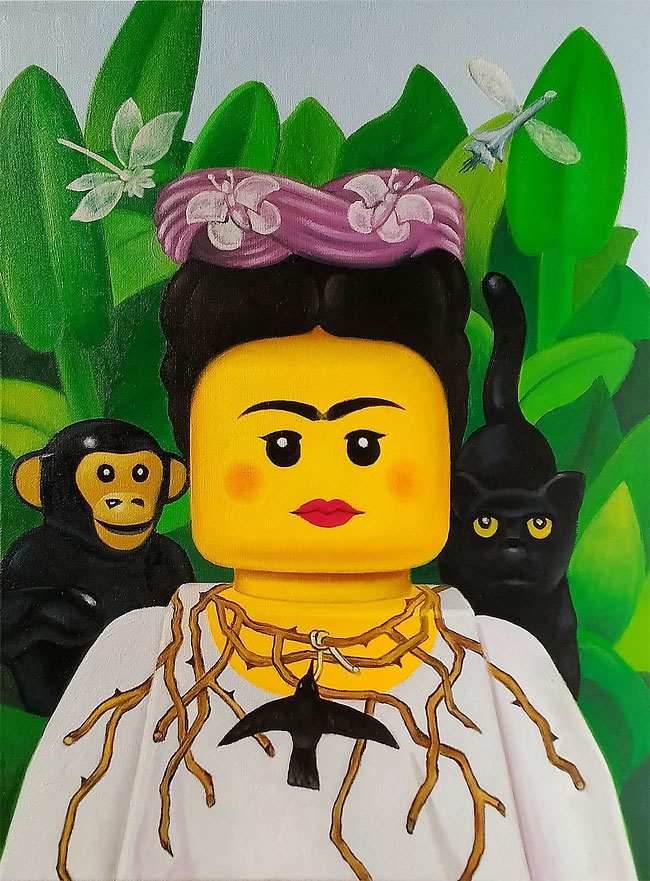 “LEGO were always my favorite toy as a child. The fascination is a holdover from my childhood that I brought into adulthood,” Bolcato shares. “One day I thought about how the figures could become characters, and that they would have the ideal features to take on a story and tell it effectively.” 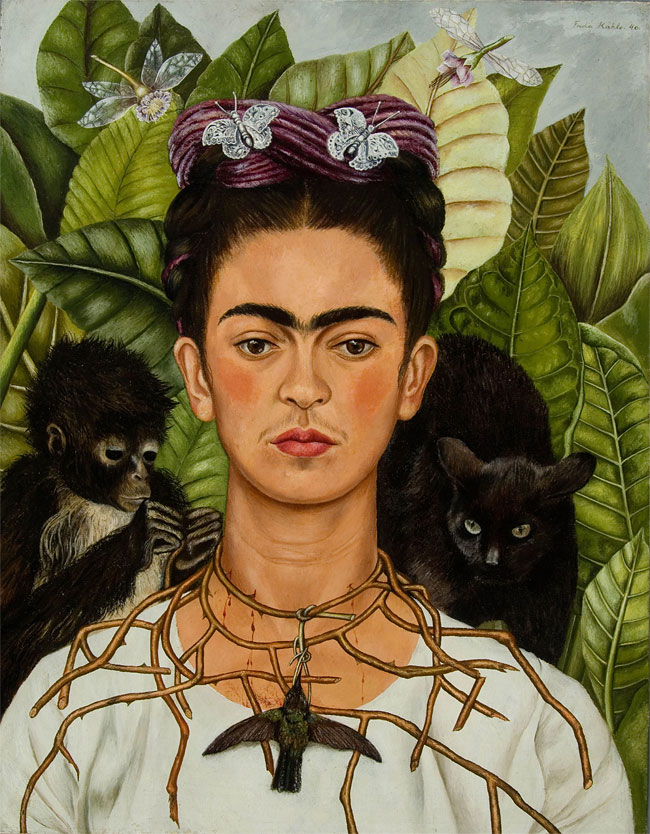 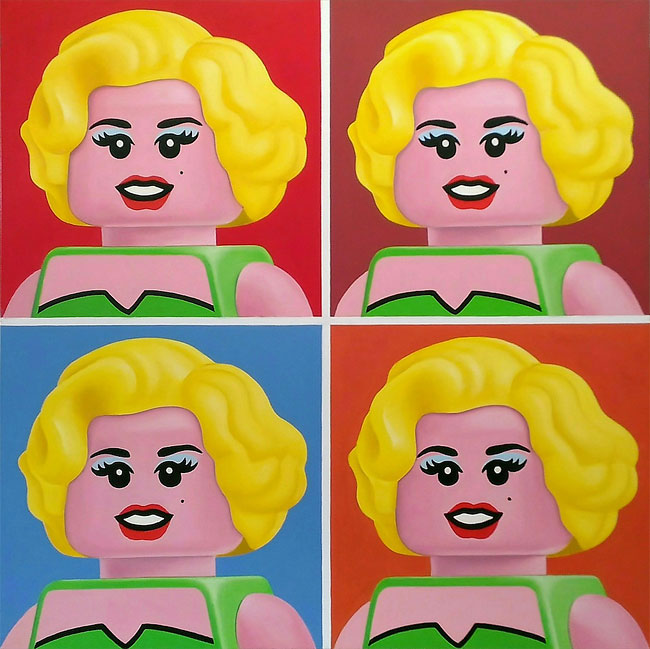 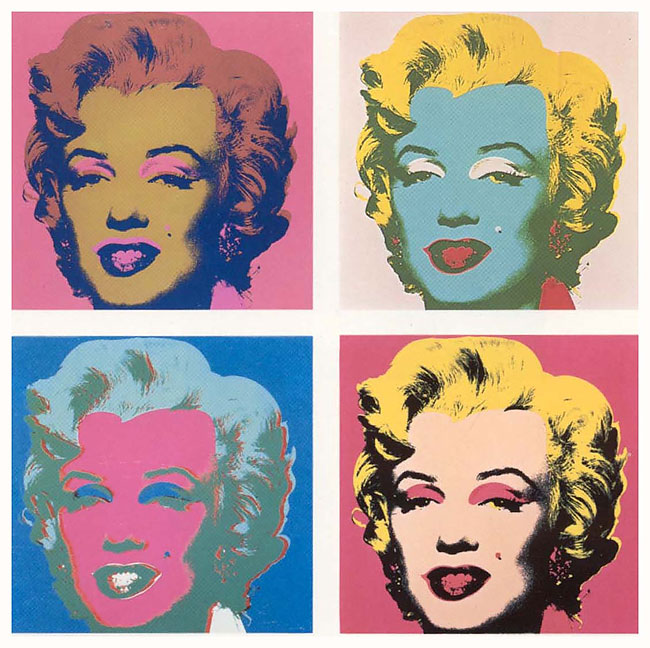 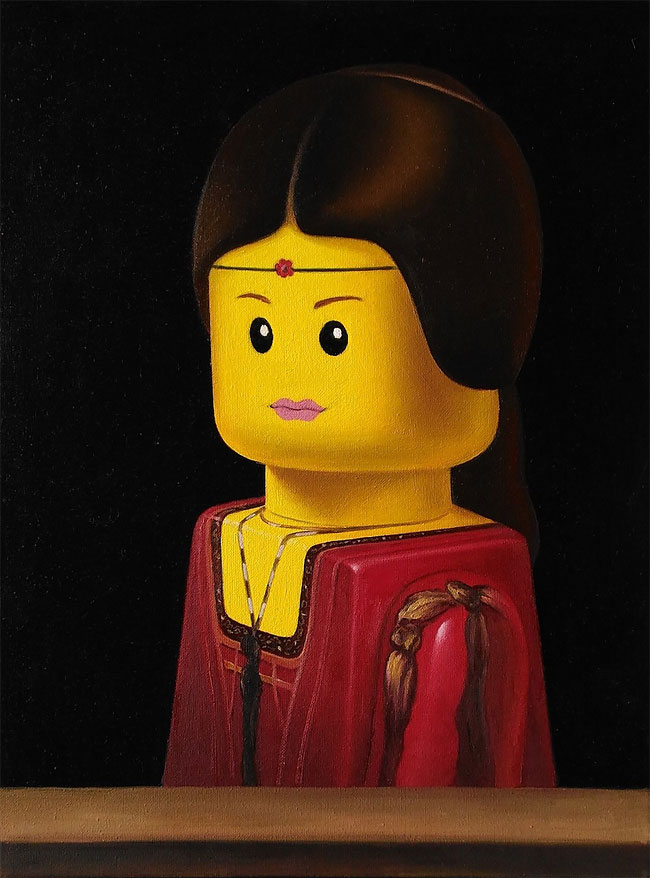 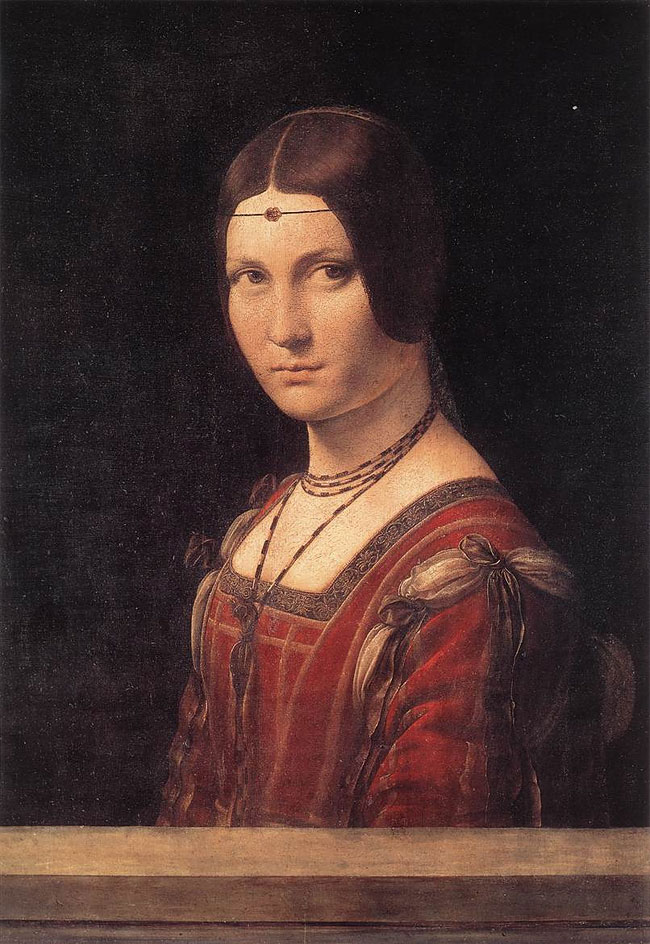 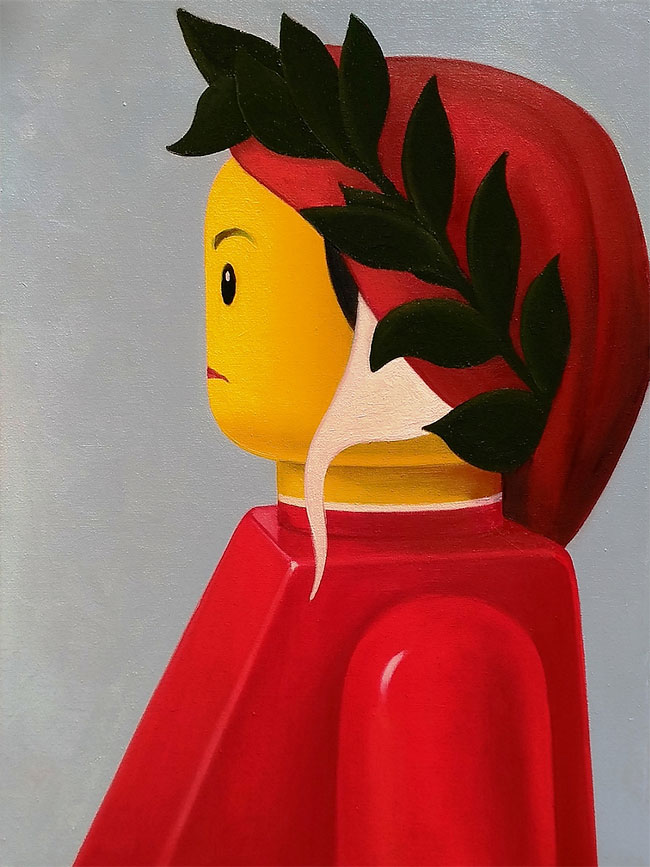 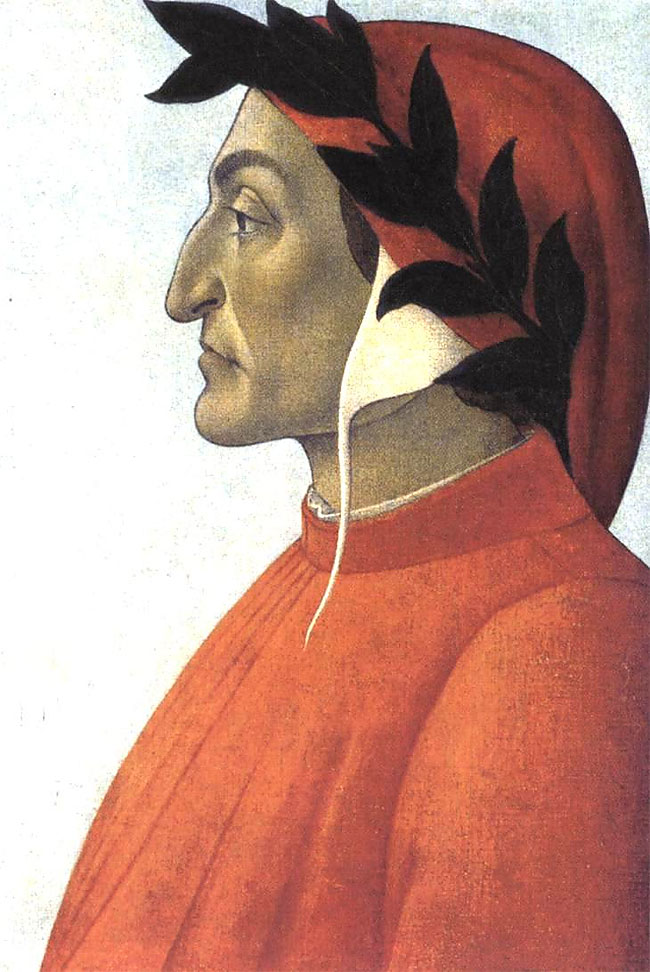 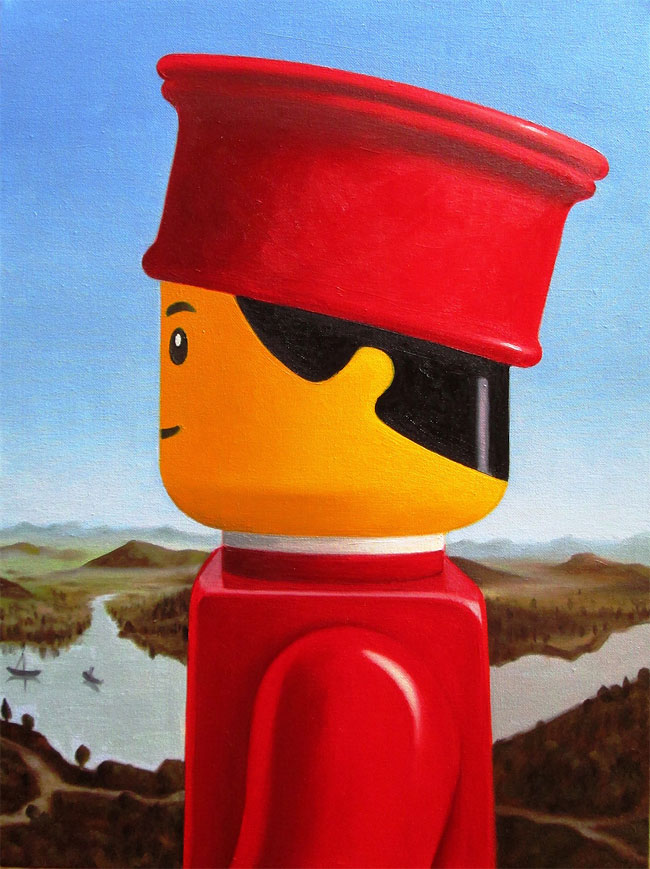 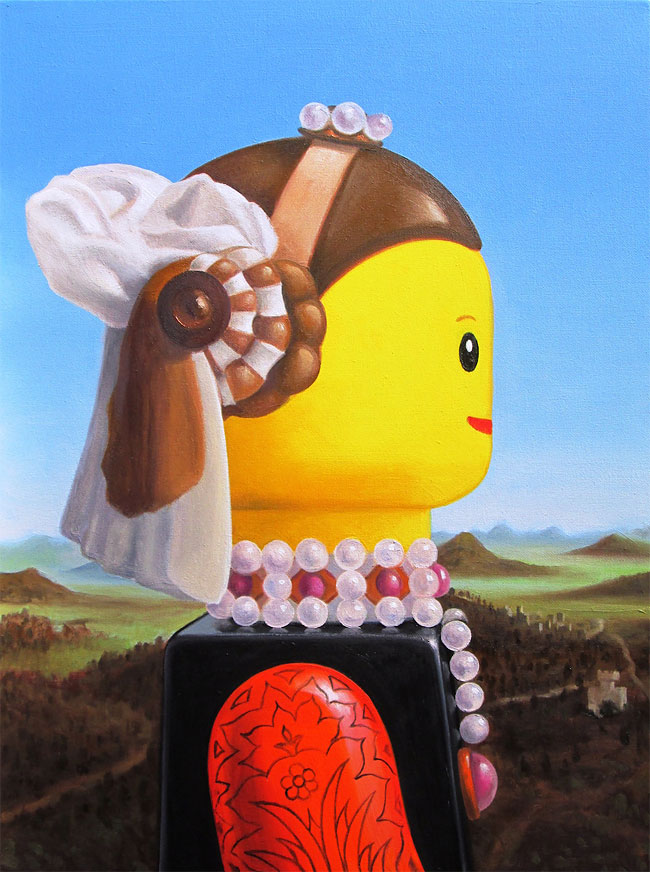 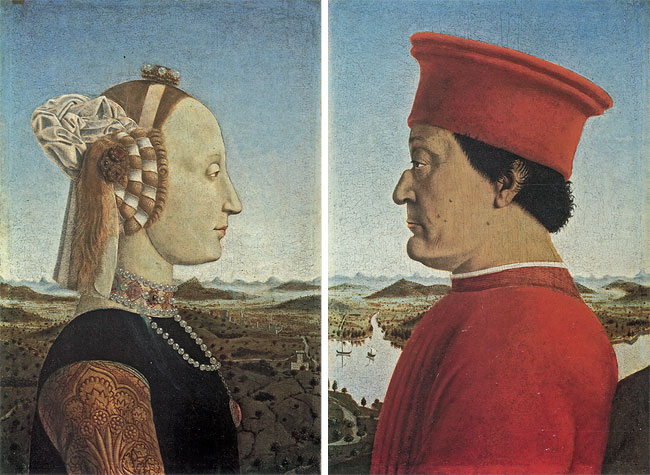 Inspired by Pollaiolo’s Portrait of a Young Woman, c. 1470: 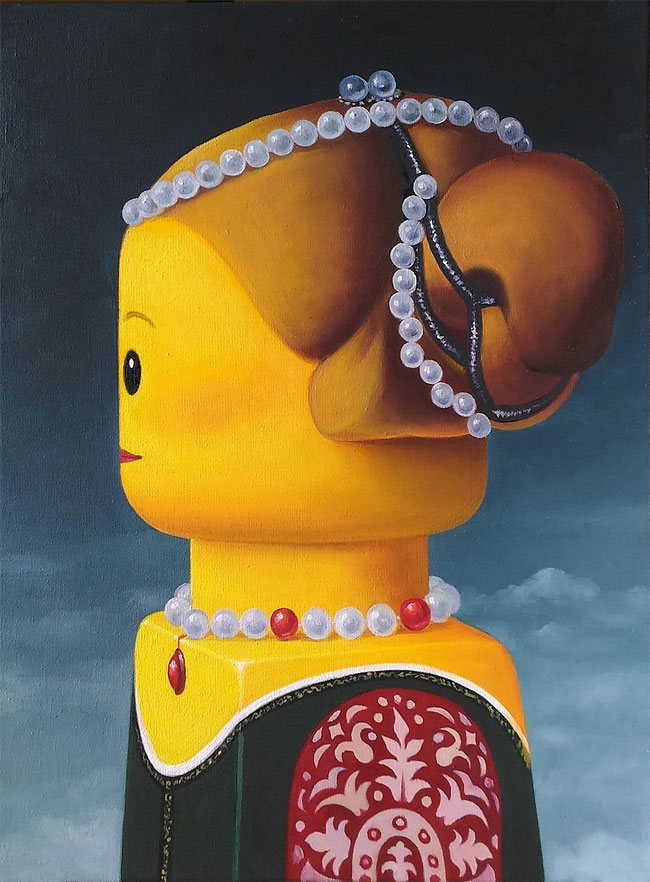 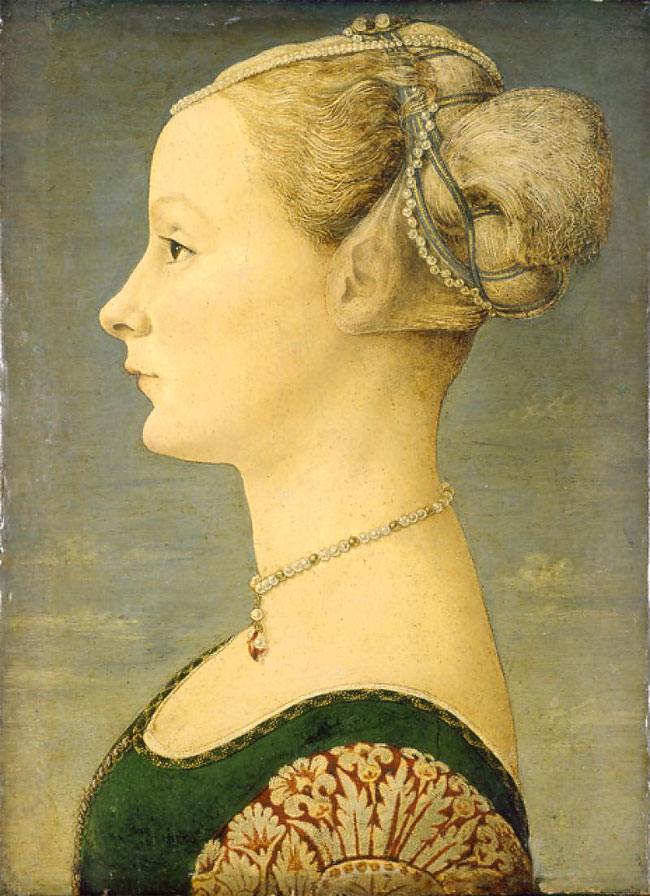 Apple Depot Earbuds with Mic & Remote
Street Murals Bloom in Tunisia
Recognizable Characters Recreated By A Korean Artist In Her Own Style
Digital Illusions and Dark Fantasy Artworks of Rahul Das
Feeling Sad? The 'Emergency Compliments' Will Cheer You Up
Acid Dreams: Vaporwave-Inspired Artworks by Angel Acevedo
This Artist Has Made A Portrait Of Accordionist From Real Accordions
Brave and Courteous: The Mighty Knights by Kekai Kotaki
Mullet: The Badass Hairstyle Of The 1970s, 1980s And Early 1990s
Brilliant Acts of Vandalism by French Artist CAL
Designer Ji Lee Makes Clever Calligrams That Visualize The Meanings Of Various Words
Best Advertising Ideas for June 2012
An Artist Found This Branch Lying On The Side Of The Road, And Made It Into Shelves
How A DIY Dress Helped One Woman Reclaim The Power Words Had On Her Body
Space Invaders: Street Art In Hong Kong
Social Distance: A Graphic Story For The Coronavirus Age By Mark Haddon
These Artists Turned Vintage Greek Canvases To Instagram Posts
Man Takes Hilarious Face Swap Photos With Sculptures At The Museum
Singaporean Artist Creates Useful Infocomics About COVID-19 And How To Exercise Precaution!
The Paranormal Psychology of Meagan “Magpie” Rogers’ Surreal Fantasy
Josh Keyes’ New Paintings Of Post-Apocalyptic World
T-Rex Trying To Do Things: Heartbreaking Book Series by Hugh Murphy
Sarcastic ‘Texts From Your Existentialist’ That Might Make You Laugh, Then Cry
Broken Liquid: New Bodies of Water Sculpted from Layered Glass by Ben Young
artist, classic, paintings, people, playfully, reimagines

Wholesome Signs By The Clackamas United Church Of Christ
"Honey and the Duality of Everything": The Design Experiments of Tabitha Swanson
"Kiss Me Quick. We’re All Dying": The Evoking Digital Sculptures by Sasha Katz
Have A Nice Life Asshole: Breakup Stress Reliever Adult Coloring Book
40 Newspaper Headlines That Push The Limits Of Human Stupidity
Artist Illustrates Everyday Life With His Wife In Funny Comics
Indian Artist Kevin Adams Creates Breathtaking Digital Artworks
Cats Are Not Lazy, They Have Many Important Jobs
Audi Campaign Illustrates How Using Your Phone Warps Your Perception Of The Road
Artist Sanesparza Creates Funny Comics That Explain How To Do Things
2007 ‒ 2023 by Design You Trust. Proudly hosted by WebHostingBuzz.
Privacy Policy · Terms of Service · Content Removal Policy ❤️ 🇺🇦