“When Worlds Collide”: The Strange, Beautiful And Surreal Mash-Up Art Of Igor Skaletsky 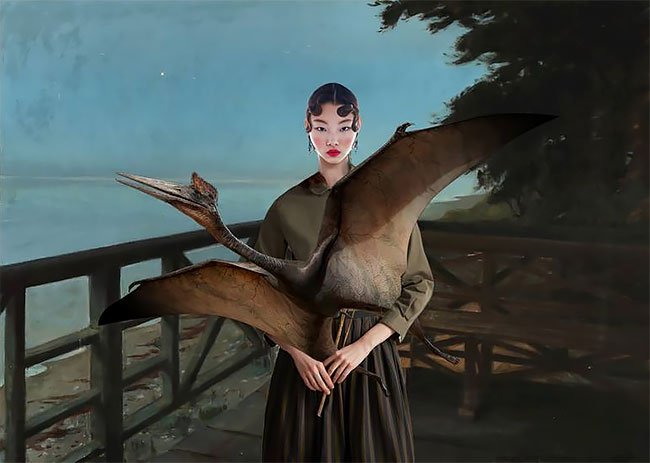 Let me take you down to the strange and enticing world of Igor Skaletsky where nothing is really quite what it seems and his art is presented like a dazzling fashion spread for a high end glossy magazine.

Skaletsky brings high art and popular culture together but not quite as obviously as it may seem, His work is like the Dutch Golden Age of Painting meets Comme des Garcons in a comic book frame painted by a Surrealist on a sunny Wednesday afternoon. Add in a pinch of Greek myths, some literary metaphors, and a handful of Pop Art aesthetics and you’ll have an idea how he creates his subversive narratives that seem at once oddly familiar but are uniquely his own.

Born in Moscow in 1978, Skaletsky graduated in painting from the city’s Surikov Art Institute. His early portfolio was a mix of collage, new media, and exquisite and technically brilliant painting. He first exhibited in group shows at the Moscow Modern Art Museum around 2006, before having his first solo show at the Mel Space, Moscow, in 2009. Since then, he has relocated to Israel and now divides his time working and exhibiting in Tel-Aviv, Moscow, and Berlin. 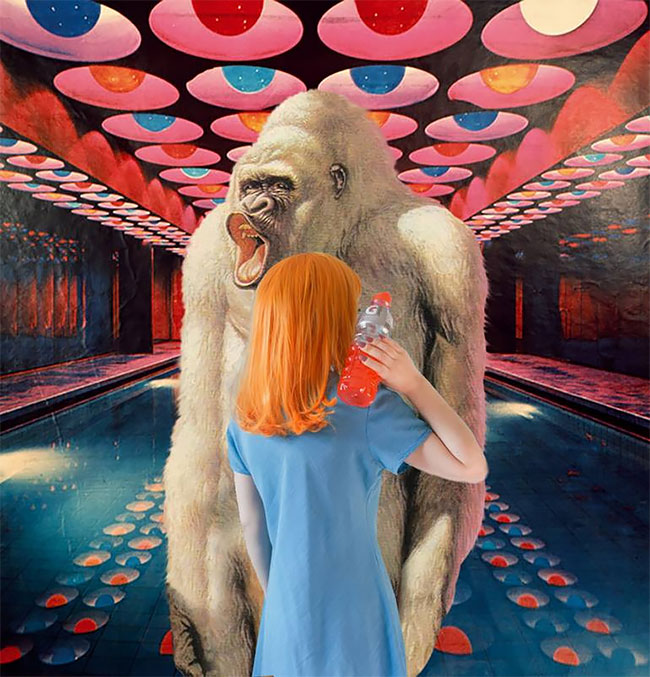 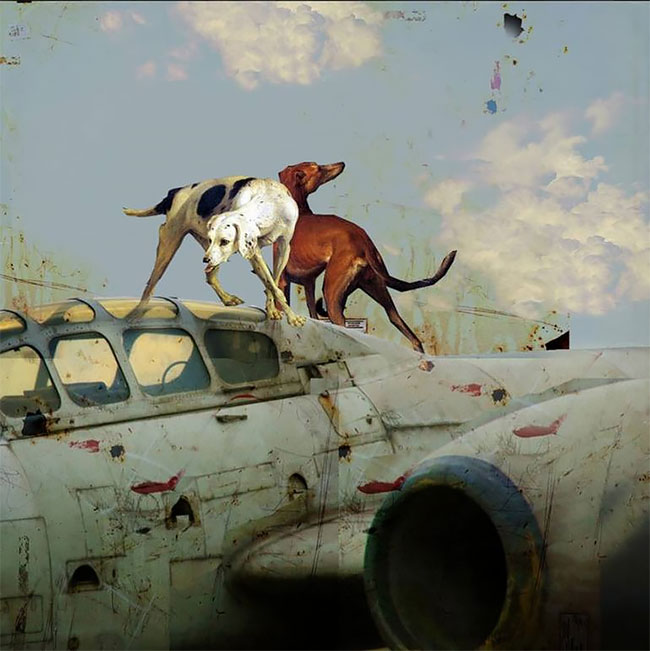 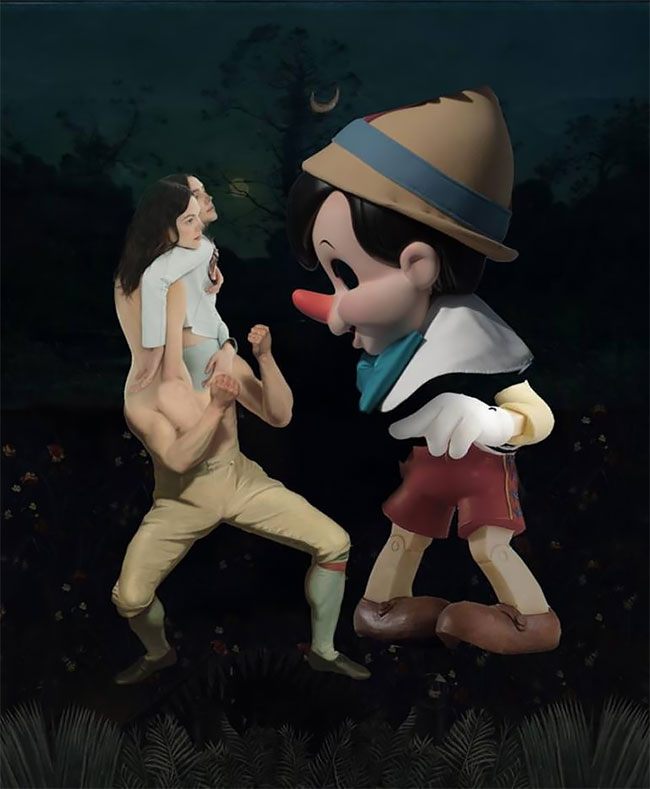 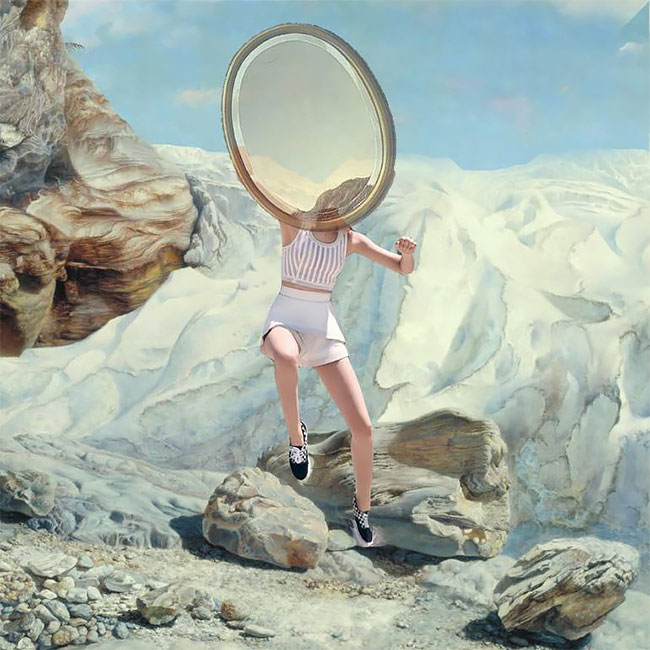 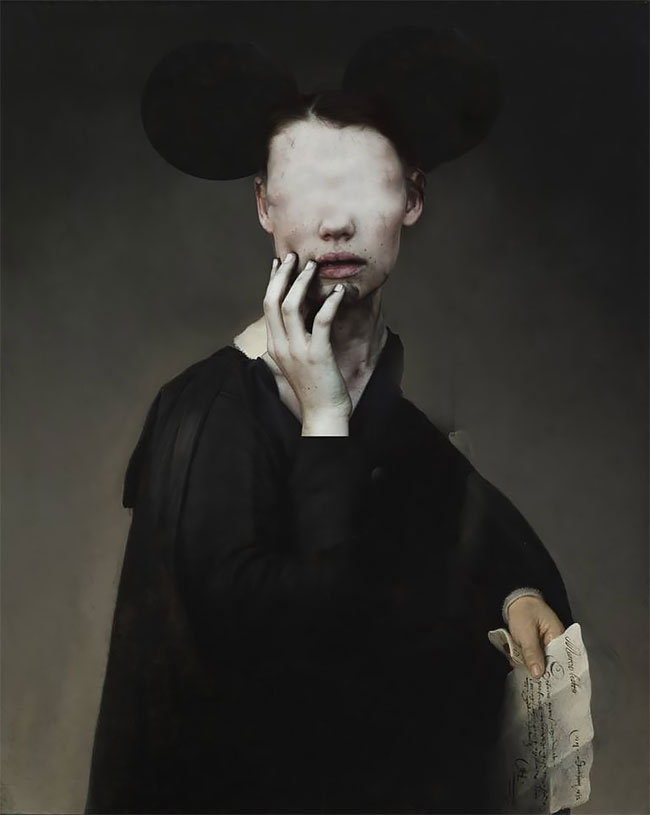 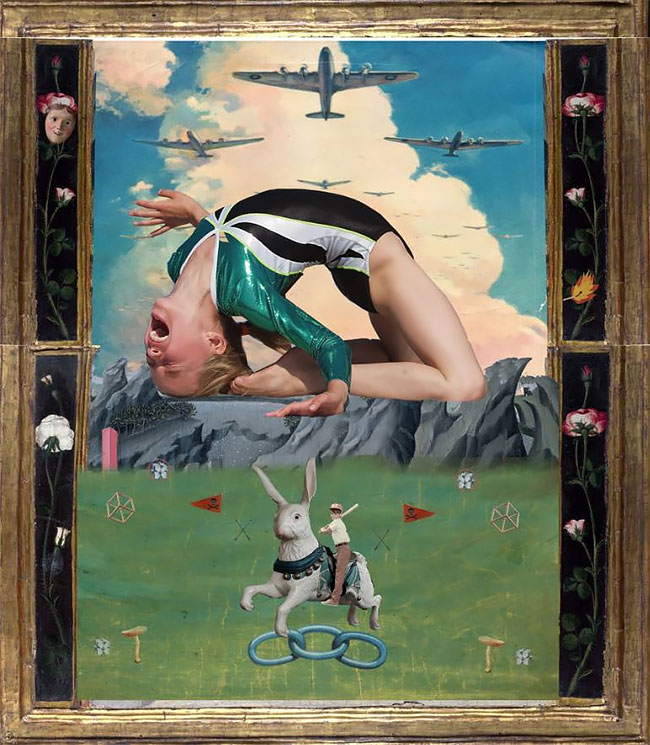 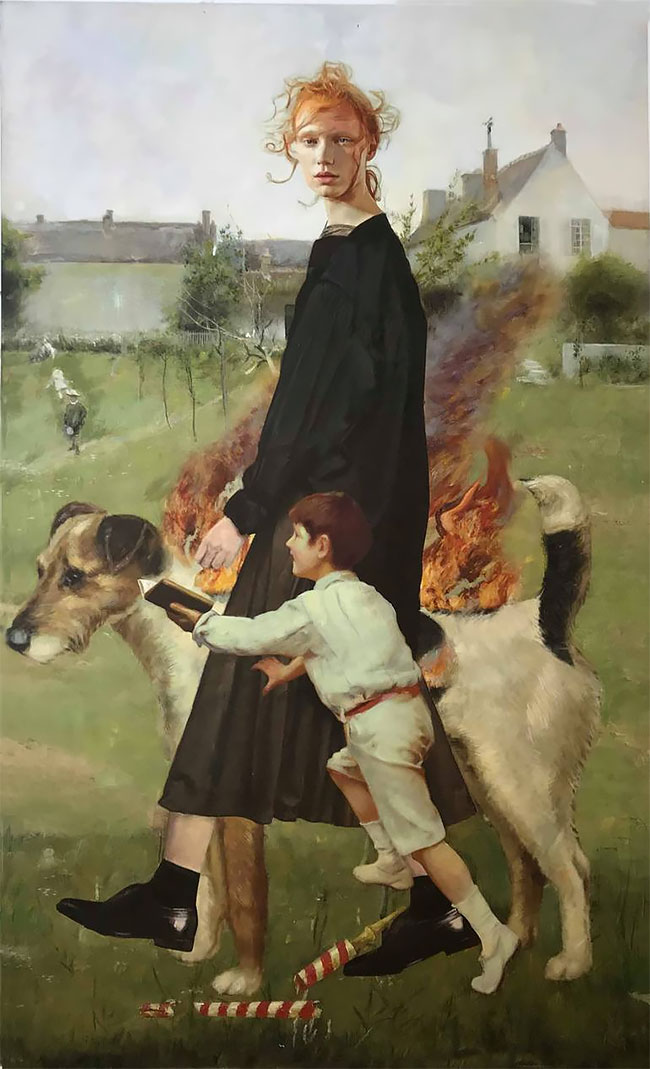 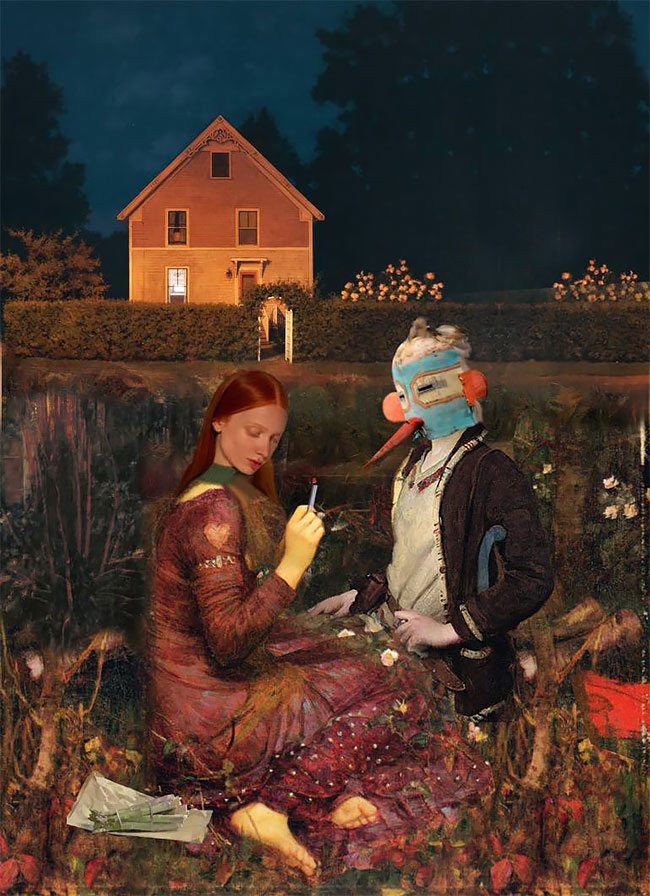 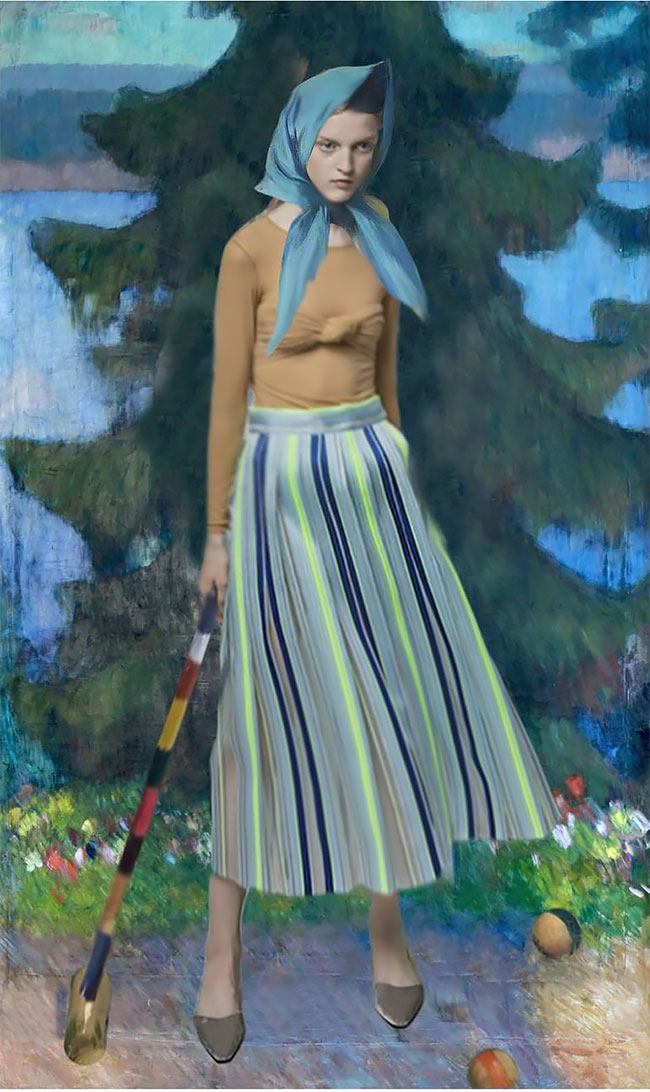 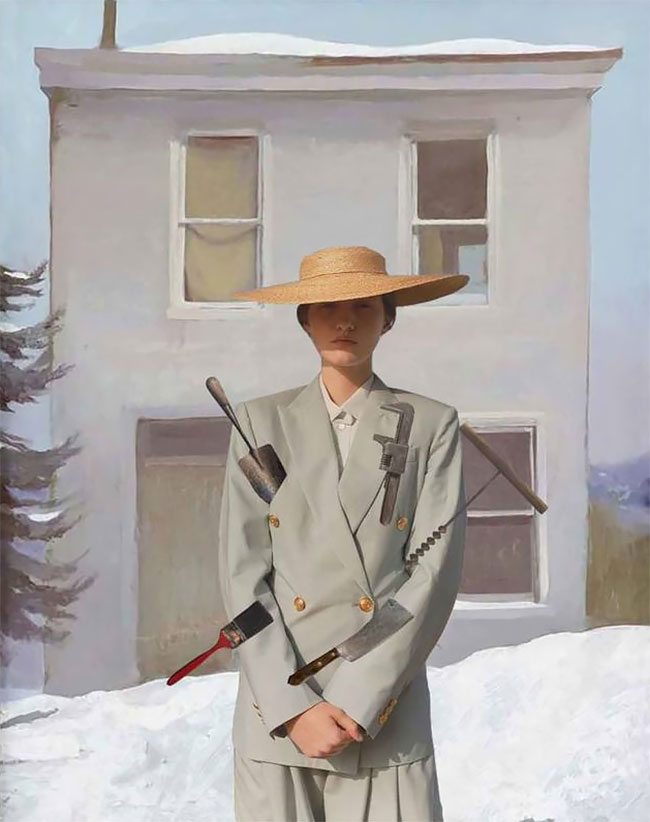 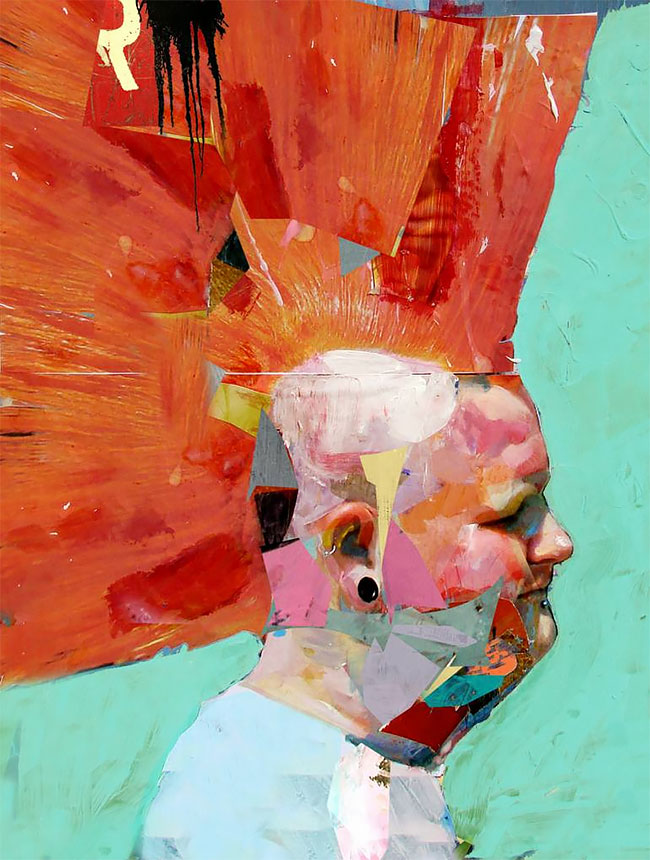 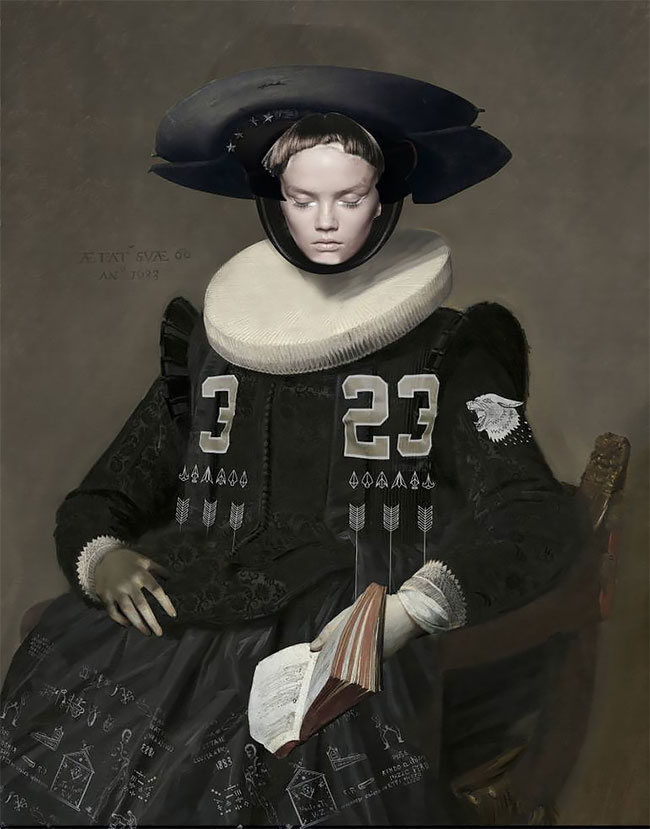 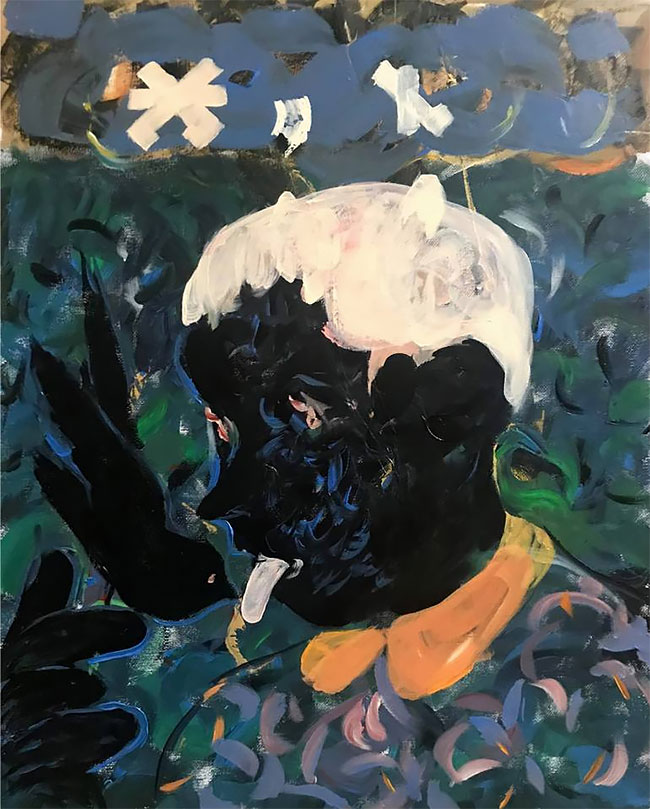 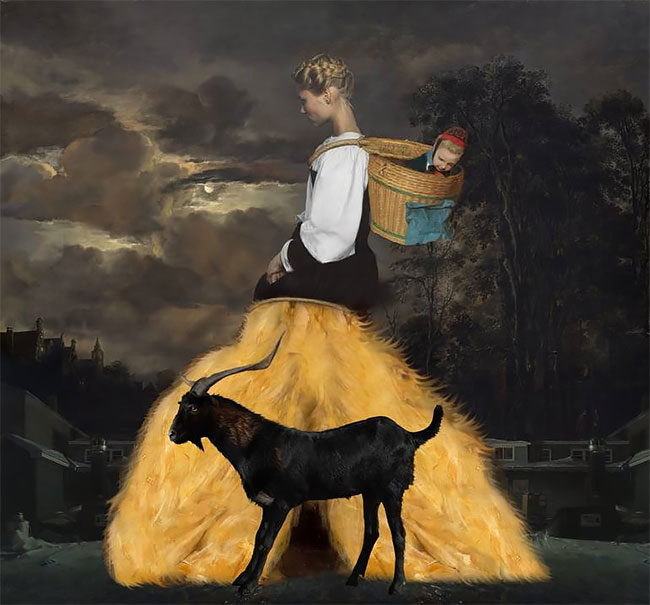 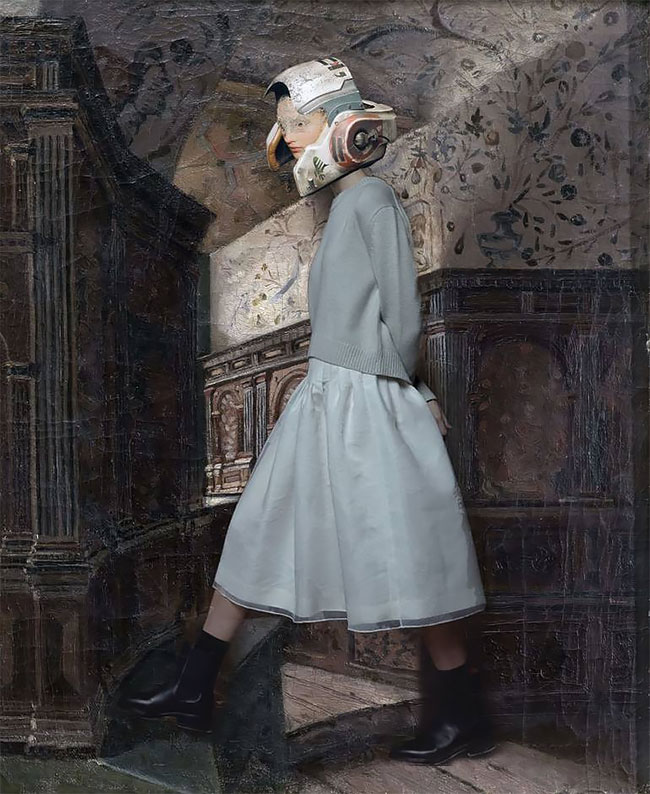 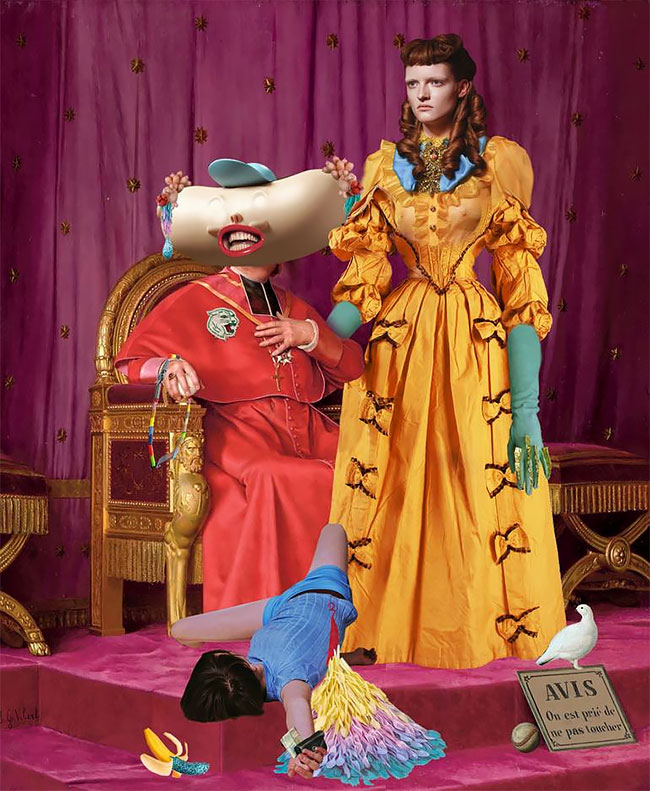 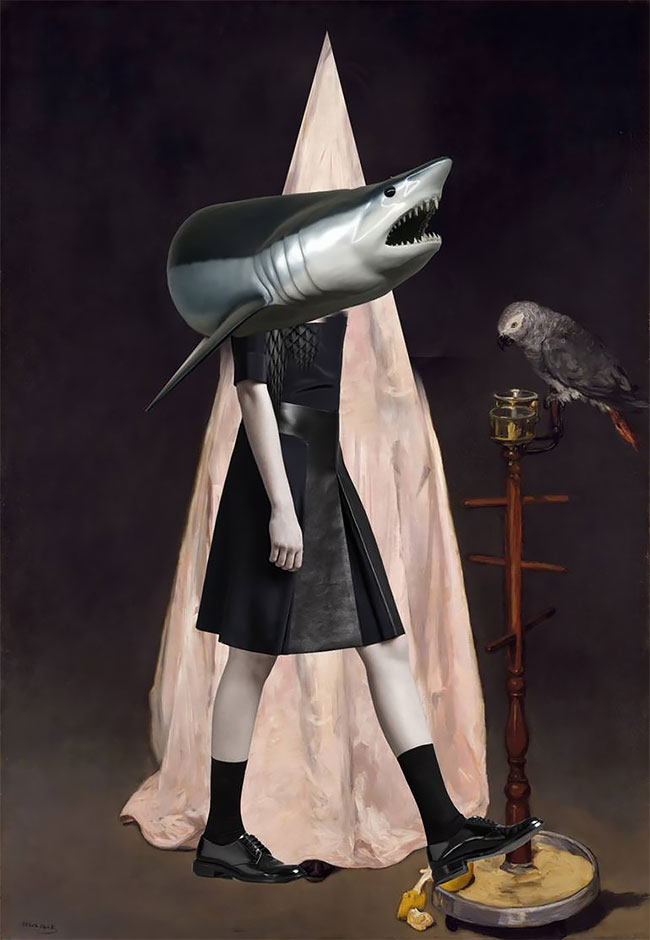 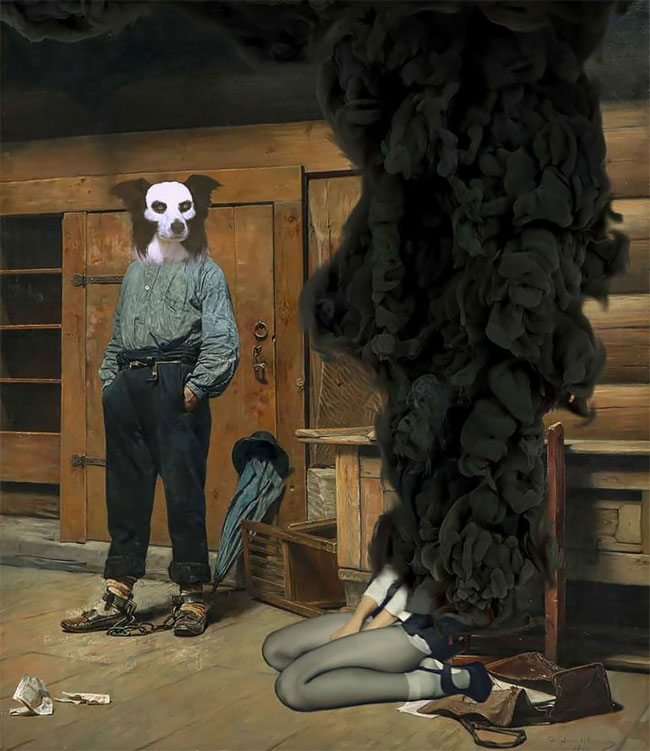 "Blood Club": The Bizarre & Beautiful Work of Charles Burns
Neon Dystopia: The Superb Cyberpunk Digital Art By Jonathan Plesel
Polish Artist Designs Shoсking Ads Of Major Companies That Show The Harsh Reality
Before The Pandemic: The Prophetic Paintings Of Copenhagen, Painted 15 Years Ago
Artist Illustrates How Doing Anything Is Much Better When There Are Animals Around
Afros Turned Into Flowery Galaxies To Make Black Women Proud Of Their African Heritage
“Blow Up to Be the Size You Want!” – Vintage Inflatable Bra Ads From the 1950s and 1960s
20 Beautiful Quotes That Perfectly Sum Up Life In Your 20s
These Daily Drawings Of A Young Artist And Her Little Brother Are A Bright Spot During Some Dark Days
32-Year-Old Independent Modern Woman Draws Comics On Her Observations About Society
British Artist Justin Bateman Creates Intricate Art Using Pebbles
Honest Advice On Relationships And Life In General By This Balloon Artist
Experimental Typography and Graphic Design by Wanwai Shum
Cloned Photos: Iconic Images Recreated With Star Wars Figures In Stunning Photo Project By David Eger
Magical Drawings Put Women In Conversation With Their Inner Demons
The Secret Life Of Salvador Dali In Soviet Russia
"Time In Motion": Absolutely Amazing Digital Illustrations By The Russian Artist Evgeny Kazantsev
Vintage Advertisement Posters Of Russian Automobiles From The 1950s to '80s
This Pin-up Calendar Is Not What You Expect
Canadian Artist Transforms Herself Into Superman
These Vintage Life Hacks Were Found Inside A Cigarette Pack From The 1900s
Bitter Truths From A Potato
Charming Cut Paper Silhouettes Playfully Transform Famous US Landmarks
This Artist Combines Human And Animal Features Into A Single Self-Portrait
art, collages, Igor Skaletsky, mashup, surreal

This Artist Is Ruining Our Childhoods by Revealing The Secrets Of Our Beloved Characters
People Blend Themselves In With Vinyls
If You Had A Gloomy Day, These Illustrations Will Probably Make Your Worries Go Away
Artist Illustrates Made-Up Characters On Zoom Calls
Deaf People Show How To Swear In Sign Language, And It’s Shamefully Entertaining
"Far Beyond The Immobile Point": A Journey Through The Dismal World With Michal Karcz
Relatable Illustrations Hilariously Reveal the Difficulties of Adulthood
A Japanese Artist Created Astonishing 3-Dimensional Sculpture Of The Sirene
Unusually Scented Candles
Cursed Cute: The Superb Digital Concept Artworks Of Izzy Medrano
Source of inspiration since 2007. Proudly hosted by WebHostingBuzz.
Privacy Policy · Terms of Service · Content Removal Policy 🇺🇦 ❤️