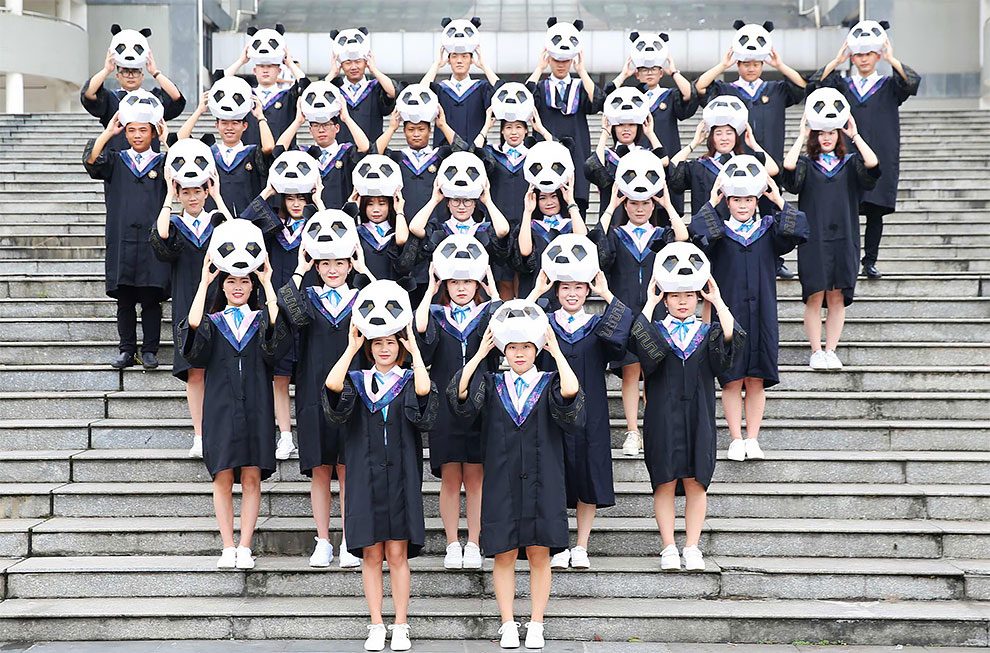 A group of students from the School of Design at the University of South China took a series of striking graduation photos in self-made panda hats in Xiangyang city, Hunan Province on June 8, 2017. 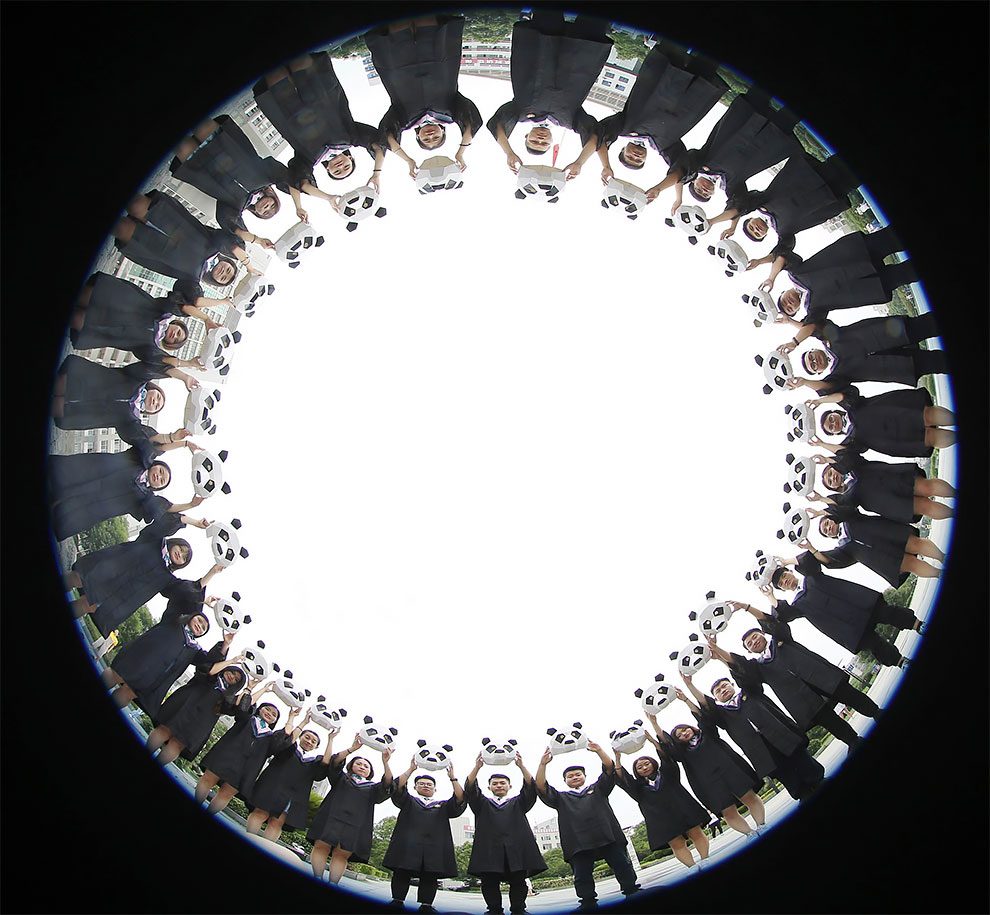 But they are not animal activists calling for greater protection of China’s national symbol. 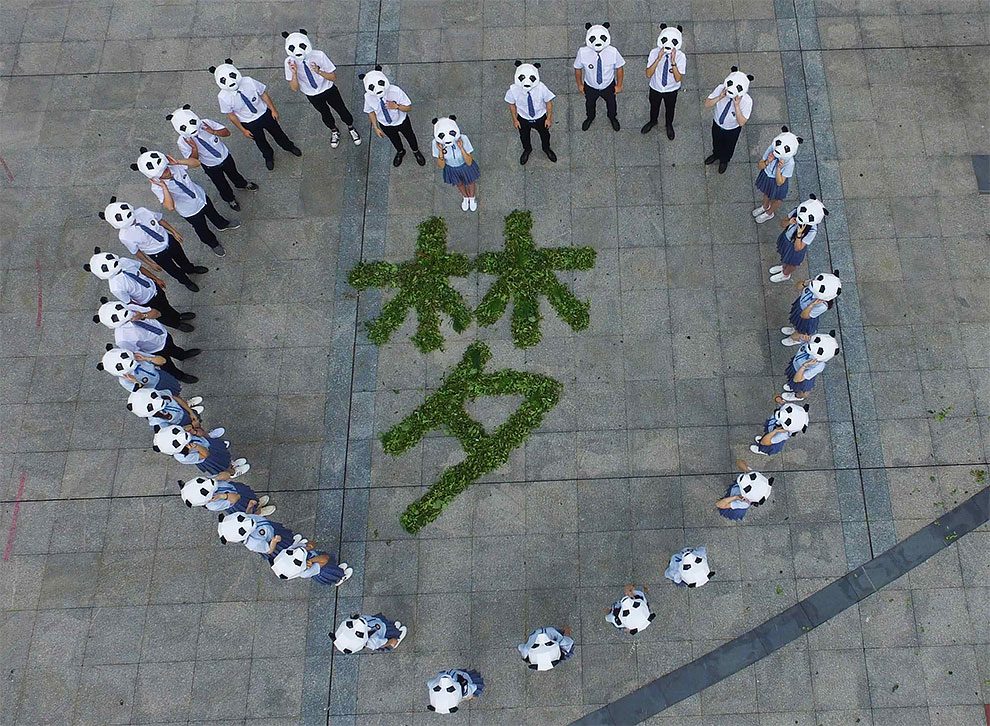 Instead, it was an expression of their determination to work hard at a grass-roots level after graduation and refuse to be spoiled like the panda. 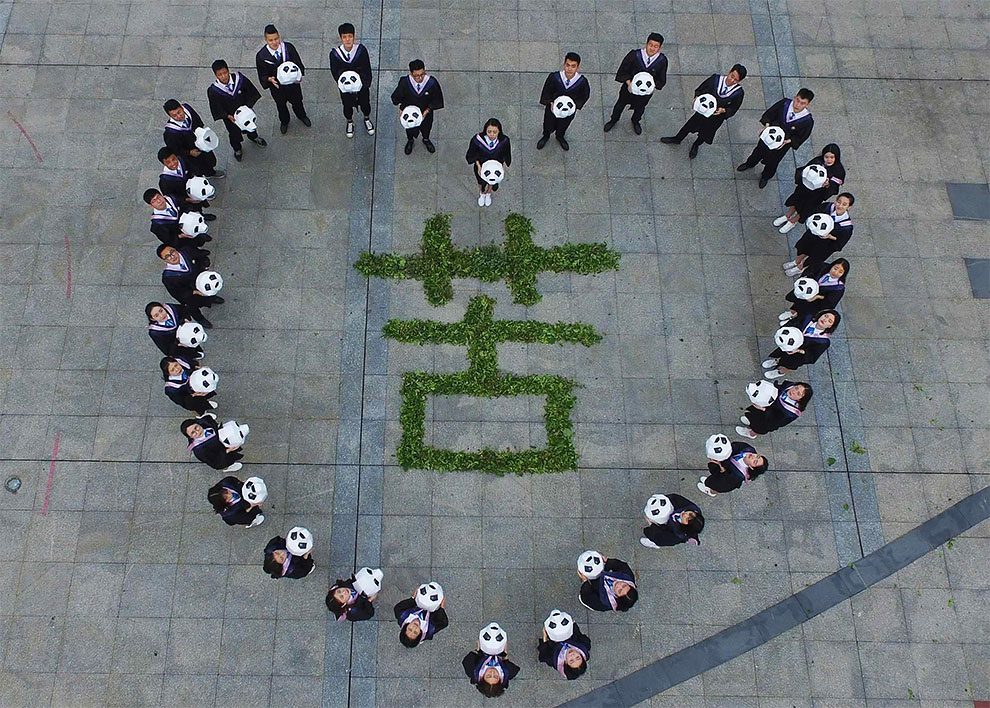 They formed a heart shape circle around the Chinese characters for “dream” and “hardship” to call for students to be more down-to-earth and realize their dreams one step at a time.

Beautiful Postcards Capture Everyday Life Of American Indians In The Early 20th Century
A Mixture Of Innocence, Beauty, Violence, Decadence, Japanese And Russian Folklore – In Bizarre Works By Vania Zhuravlev
Emerging Artist Chases Her Dreams By Painting Wild Scenes Of Horses
"The Covid Drawings 2020": British Artist Creates Daily Drawings of A Very Strange Year
Amazing Make-Up Artist Creates Super-Cute Pictures On A Unique Canvas - Her Eyes
Artist Illustrates What It’s Like To Live With An IT Guy And Their Dog In Wholesome Comics
This Artist Creates Super-Abusive And Cute NSFW Greeting Cards
Artist Shows In Comics How She And Her Husband Are Spending Days In Self-Isolation
Creepy 1970s-Era Posters From An Imaginary English Town
Man Dresses Up Every Sunday To Take His Grandmother To Church
When Bacon Meets Skyrim
This Real-Life Rapunzel From Latvia Has Hair 90 Inches Long
Artist Creates Extremely Realistic Digital Illustrations And Shows The Initial Sketch And The End Result
Artist Alexey Kondakov Imagines Figures from Classical Paintings as Part of Contemporary Life
Pretty Anime Girls by The Artist Little Thunder
Stunning Digital Art Paintings of Random People - A Fun Series by Julio Cesar
Photo of the Day: Black Hole Sun
Palestinian Artist Portraits On Cactuses
Russian Artist Pepelangelo Turns Pepe The Frog Into Masterpiece Paintings
20 Images Showing How Smartphones Have Taken Over Our Lives
Meet the Painter Turning His City’s Drab Utility Boxes Into Internet-Inspired Works of Art
This Artist Draws Using Only Letters and Numbers on Old Typewriters
Chinese Segway
Pregnant Woman Is Painting Graffiti All Over This Australian Town, Trying To Reach The Father
black, chinese, creative, message, students, white