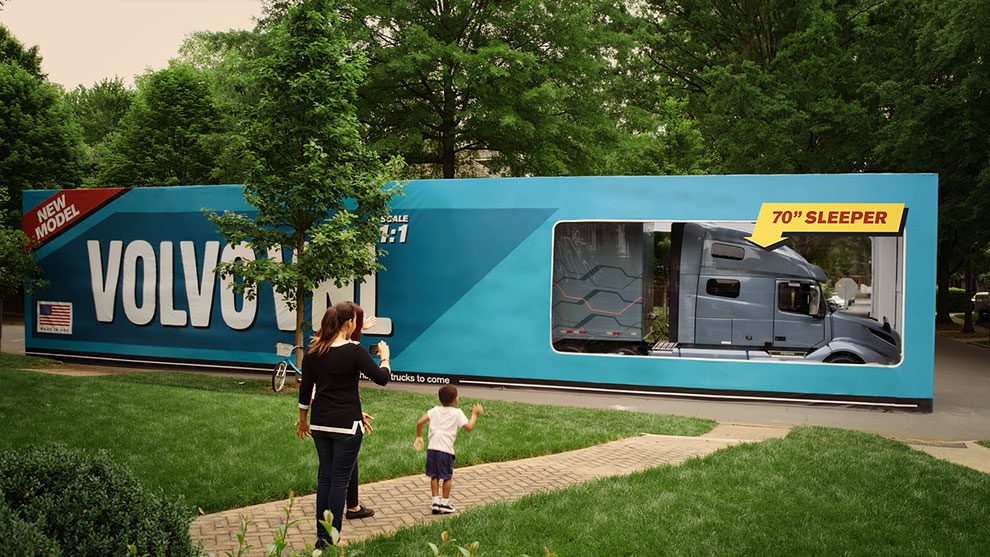 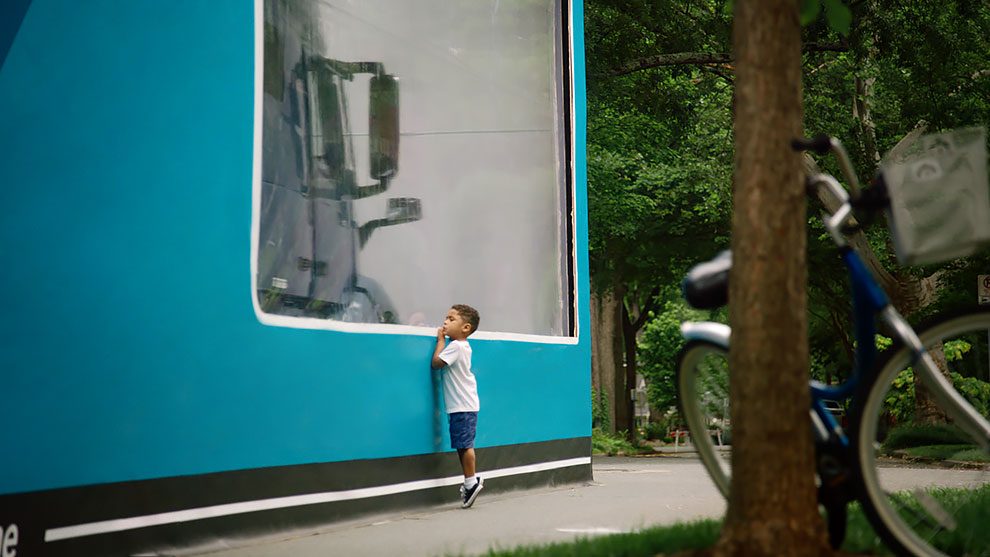 In the video, viewers will first see Jovine’s excitement at seeing the extremely large toy truck box, measuring 80’x14’x18’, sitting on the street in a residential area, and then his great reaction when he unboxes the new Volvo VNL model. Jovine also gets to climb in the cab for a firsthand inspection, and then takes a ride with a professional driver.

“Setting a GUINNESS WORLD RECORDS title was truly remarkable, but what was most rewarding for me was seeing Joel become so excited seeing the new Volvo VNL 760 revealed when he opened the box,” said Magnus Koeck, vice president of marketing and brand management for Volvo Trucks North America. “It’s a great feeling to know both young and old have such affinity for Volvo Trucks and our values.” 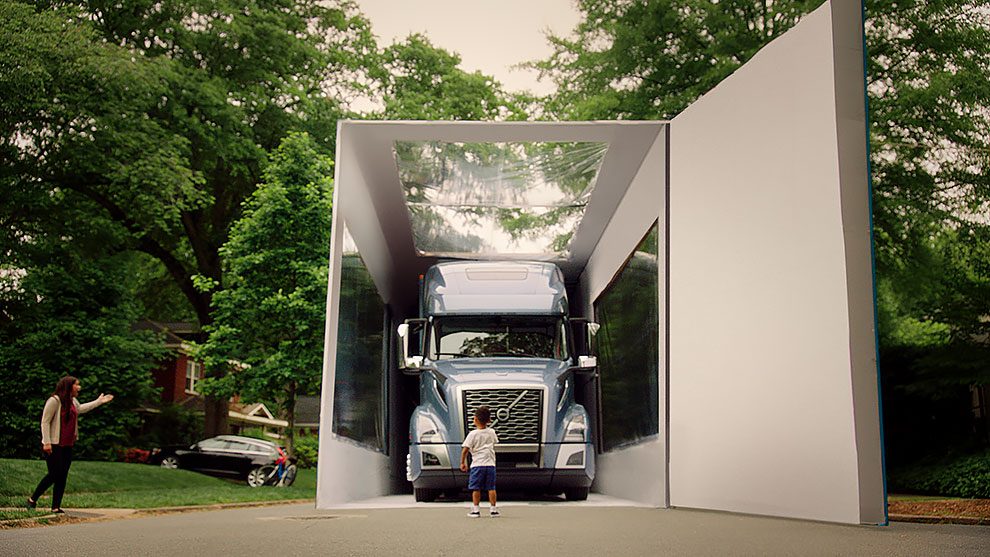 To set the record, the box had to completely encapsulate the Volvo VNL and then needed to be opened manually, using no tools. The Volvo VNL had to be removed from the box without destroying the box during the process. The box also had to be made of normal box materials – cardboard and cellophane – but internal reinforcement was permitted as long as it didn’t take away from the experience of the unboxing.

Kazakh Bodybuilder Yuri Tolochko To Marry His Life-Like Sex Doll 'Margo'
Incredible Futuristic-Looking 1939 Duesenberg Coupe Simone Midnight Ghost
Closer Than We Think: 40 Visions Of The Future World According To Arthur Radebaugh
15 Awe-Inspiring Photographs To Make You Fall In Love With The World All Over Again
Riding Giant Mechanical Tricycles In 1896
What School Lunch Looks Like For Students Around The World
Probably, The Most Cozy And Beautiful Toilet In The World With Views Of A Norwegian Waterfall
This Is How The Practical Miniatures For Blade Runner 2049 Were Created
Futuristic Vehicles by Mikhail Smolyanov
Stuffed Llama Travels The World Taking Vacation Photos
Stunning and Rare Images of The 1935 Adler Diplomat 8 Wheels
Welcome to Iceberg Capital of the World
"One Photo, Four Seasons": This Is How 8 Different Locations Around The World Look Across The Four Seasons
The Kollie - Cybernetic Organism
Photos Of The Magnificent 1938 Bugatti Type 57SC Atlantic Coupe From The Ralph Lauren Collection
IKEA Pee Ad: Retailer’s Controversy Ad Acts As A Pregnancy Test
These Animal Constellation Cookies Are Out Of This World
Soviet Mystery Amphibious Vehicle Has Been Discovered In Chelyabinsk
Massive Solar Electricity Plant Provides Power to California Homes
World's Best Wedding Photography Contest - The 2017 Best Of The Best Destination Photography Collection
Wonderful Photos Of 1954 Chevrolet Corvair, Which Was Touted As A New Aerodynamic Design
Pietro Cataudella Playfully Merges Cartoon Characters With Real World
59th World Press Photo Contest Winners
Someone Used The New Snapchat Filter On Game Of Thrones Characters
largest, truck, unboxing, volvo, watch, world