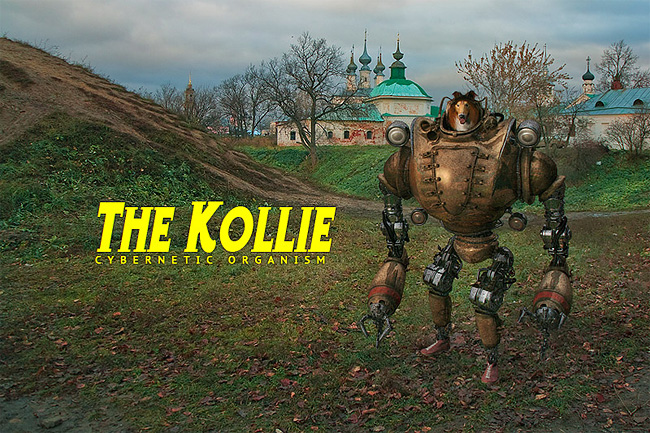 Dmitry Izotov’s graphic design project, The Kollie – Cybernetic Organism, is a series of photographs that have been altered to include a steampunk machine similar to something seen in James Cameron’s Avatar. Instead of a human sitting at the helm, though, we have a dog, empowered by its increased size, steel breastplate and claws of death. 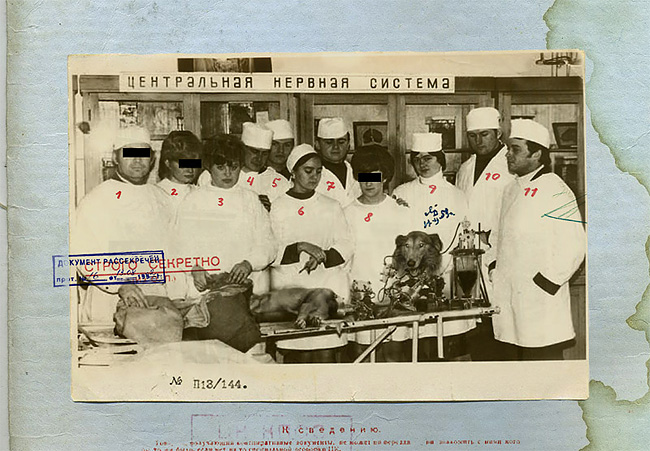 The dog, a collie, has drawn comparisons all over the Web to Lassie, a fictional dog character from 1950s American television that was smart, but never smart enough to turn itself into a robot warrior, since Boing Boing’s Cory Doctorow posted the patent sketch seen above late last night. Doctorow must have stumbled on the sketches on Izotov’s LiveJournal account or one of the many websites that reposted the images; Izotov included the sketches in his Cybernetic Organism series, drawing inspiration from them for his robot-dog hybrid. 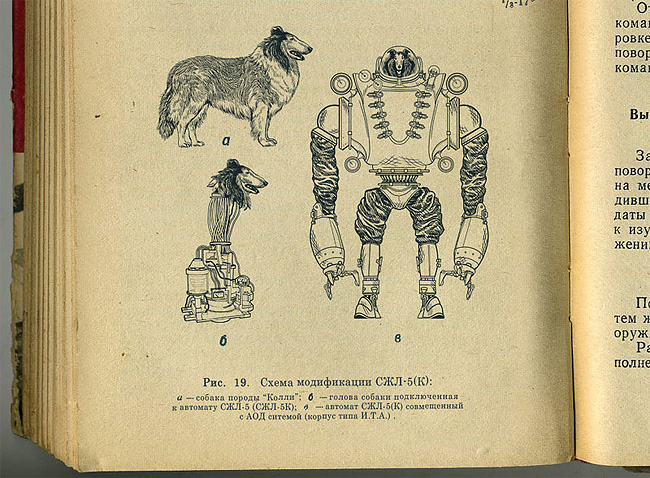 As far as I can tell, the patent sketches are part of a Russia textbook that was distributed in the 1970s. Several readers — of Boing Boing and Dvorak Uncensored — have tried to translate the Russian text that accompanies this and another patent sketch showing the collie’s head sitting inside the machine seen in Izotov’s imagining below. Some of what they’ve worked out: Fig. 14: The V.R. Lebedev Life Support System; General external view schematic of the device; Dog’s head hooked into the LLS-5 (LLS-5K) device; SZHL-5(K) machine combined with an AOD system (ITA-type torso). 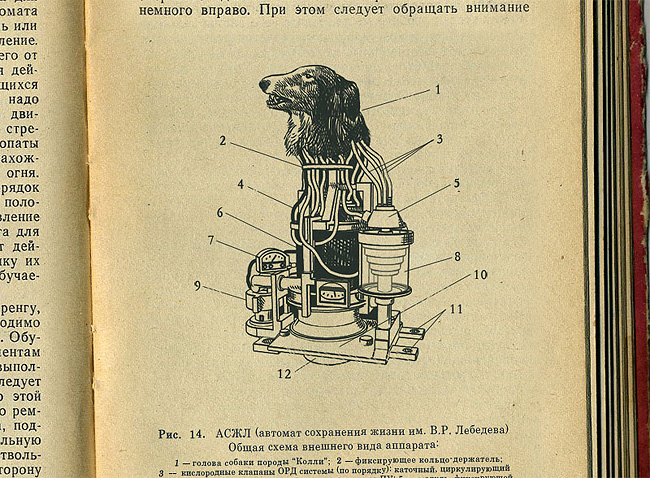 The only reference to a V.R. Lebedev I could dig up is in a book, Bioastronautics Data Book: Second Edition, by James F. Parker, Jr. and Vita R. West, that was published by NASA in 1973. Bioastronautics is, of course, a specialty of bioengineering; It focuses on how humans and other organisms function and behave in space flight environments. I’m imagining a sequel to Izotov’s project already: The Kollie – Cybernetic Organism, II: Lassie Goes to Space! 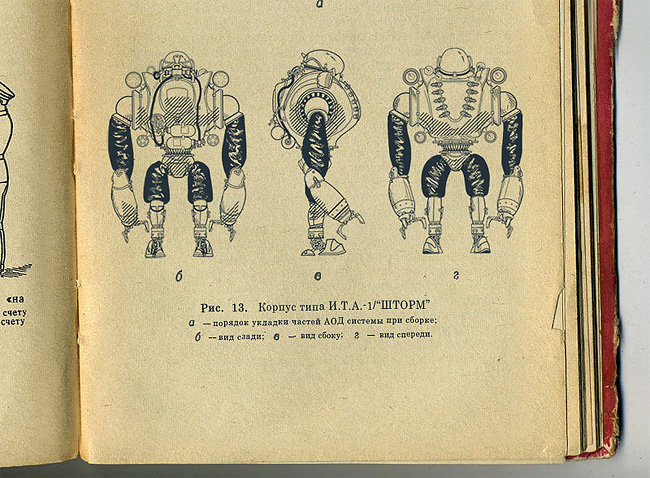 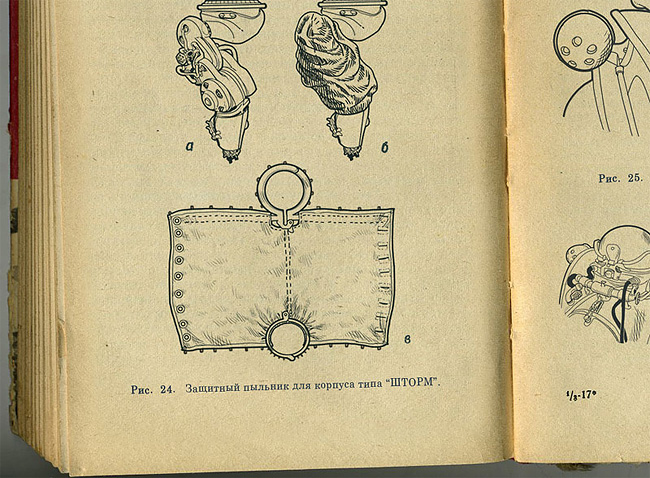 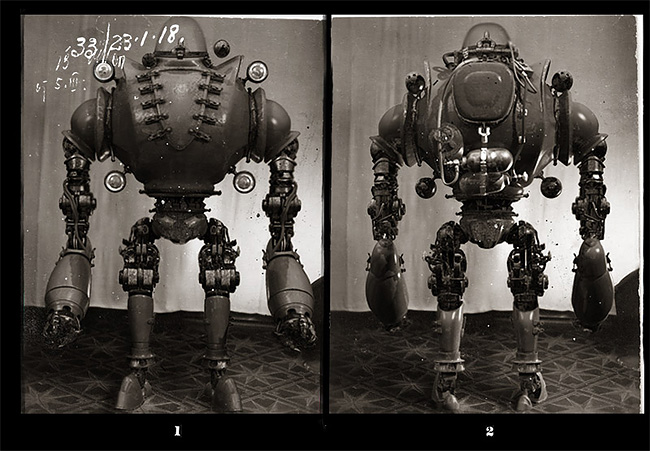 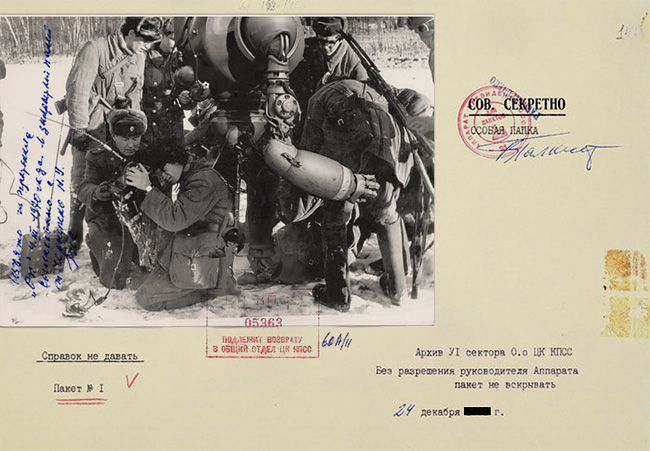 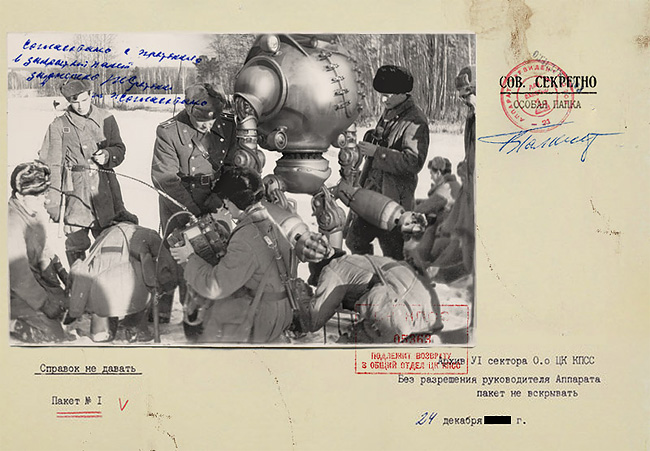 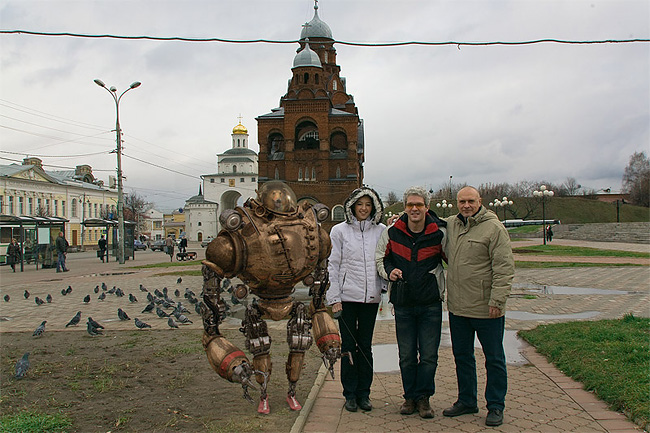 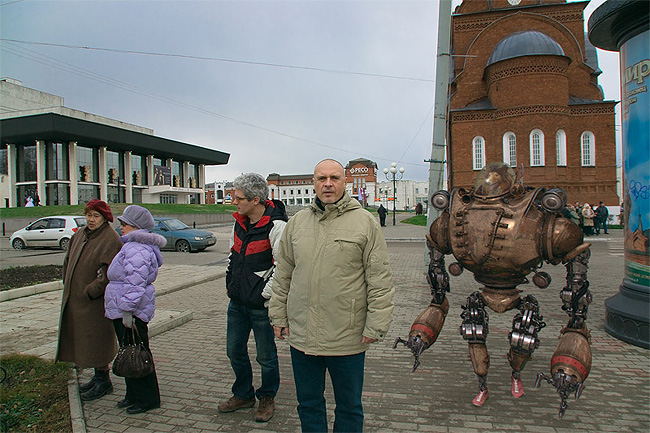 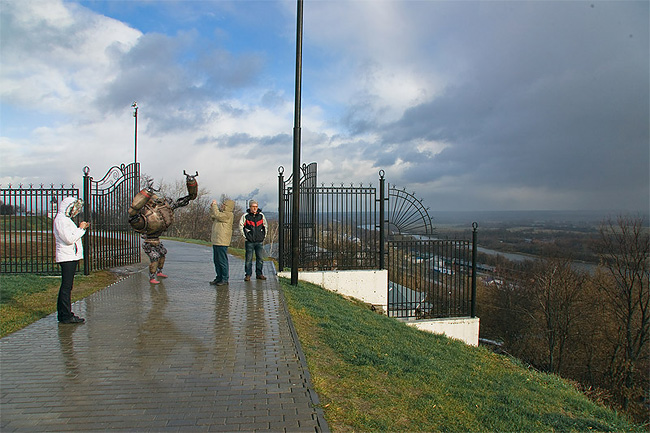 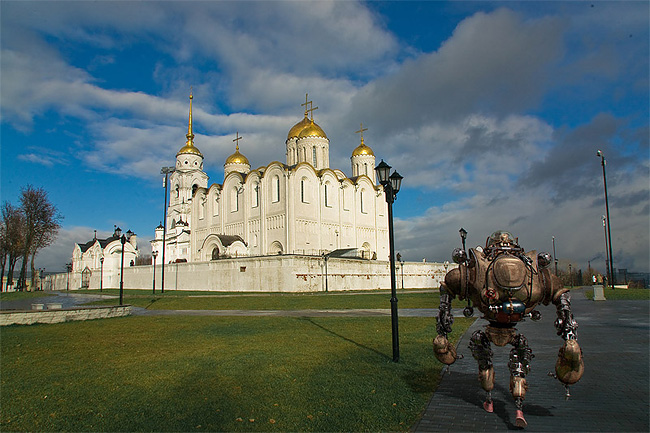 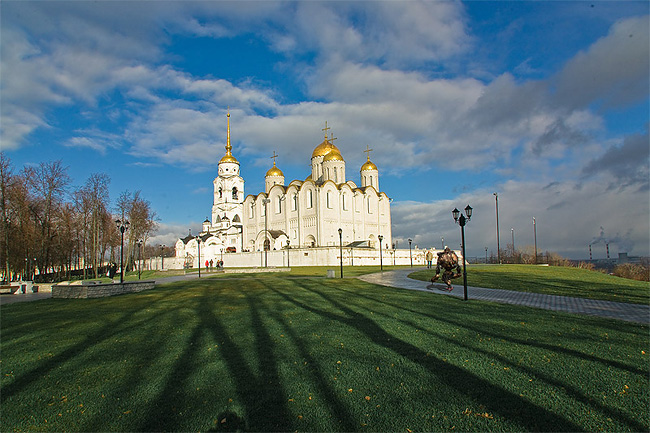 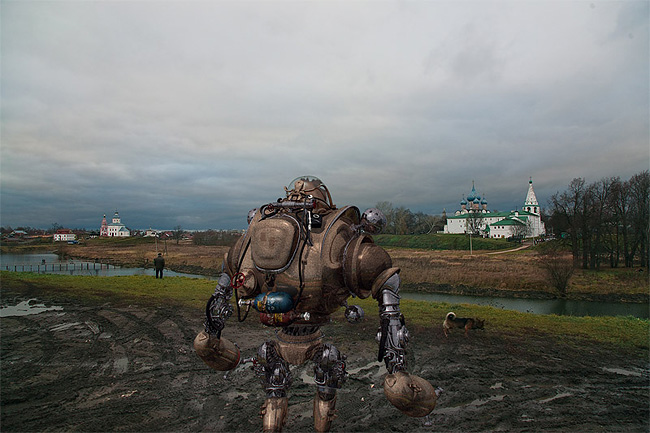 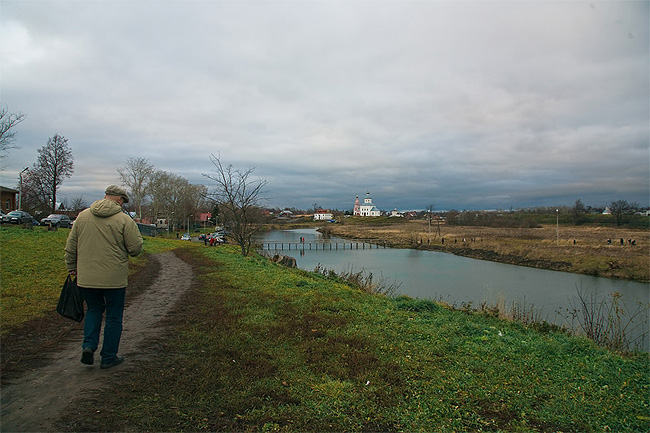 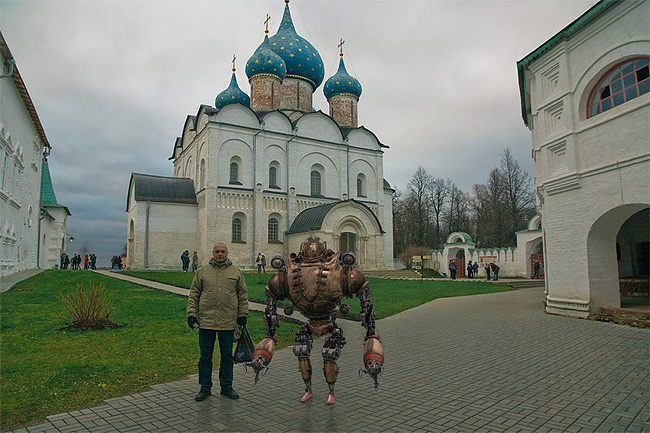 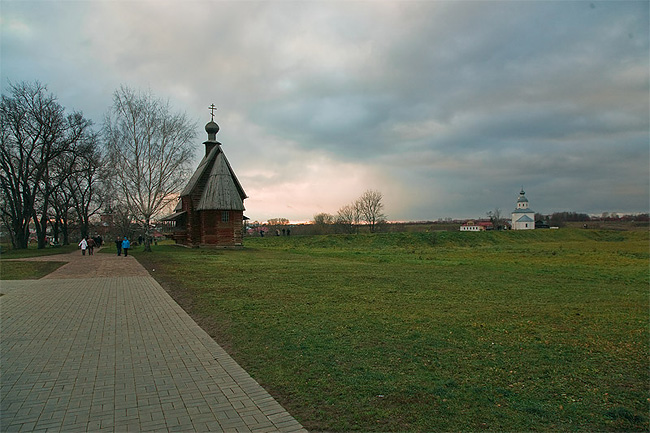 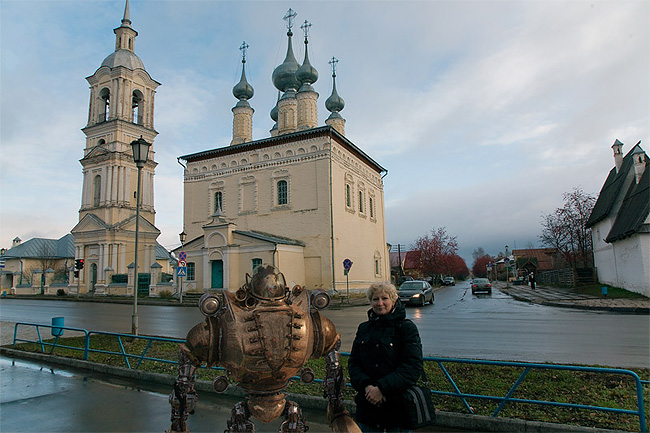 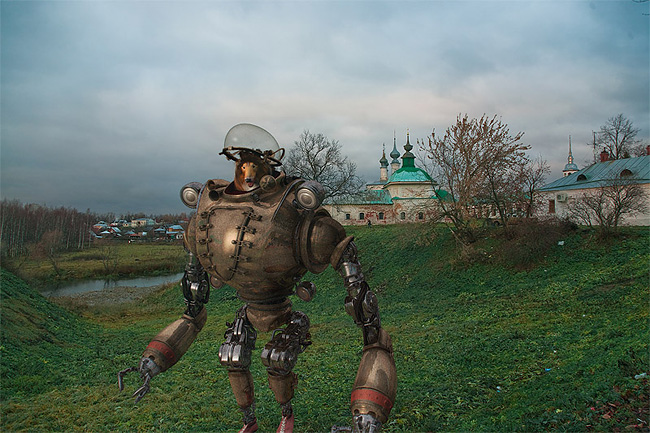 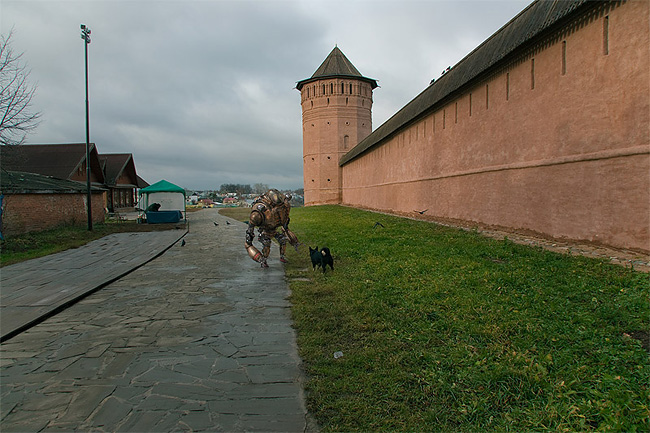 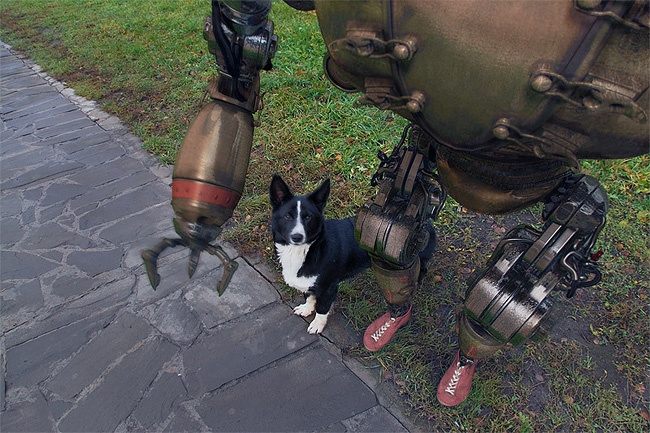 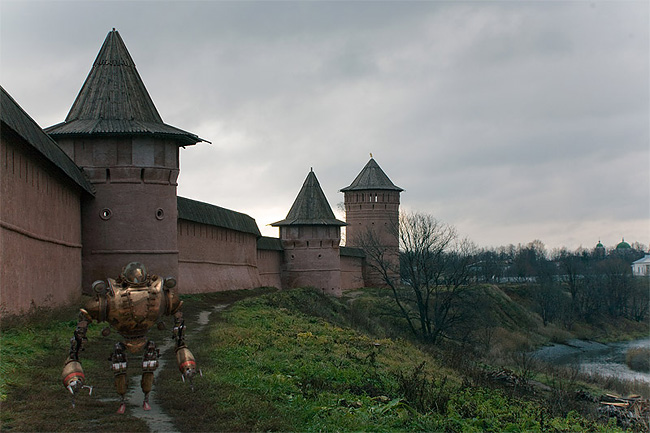 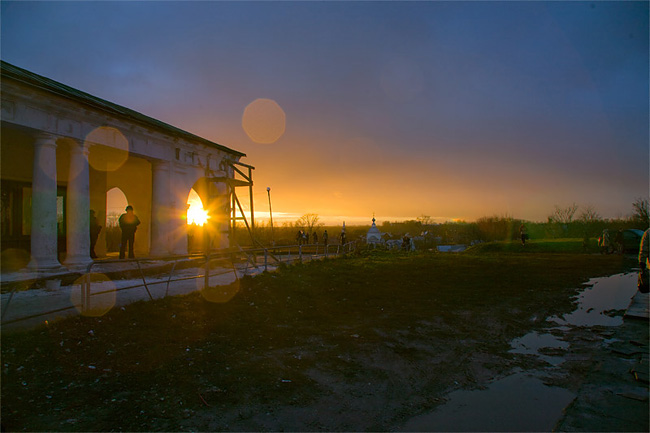 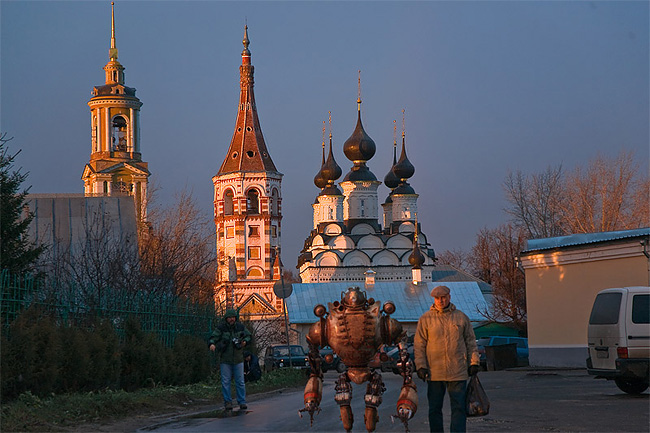 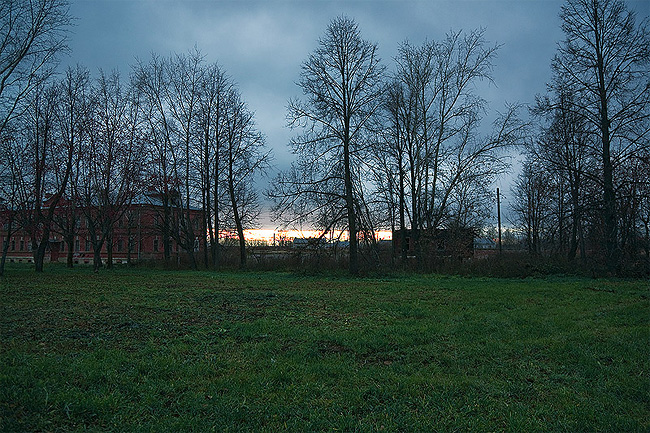 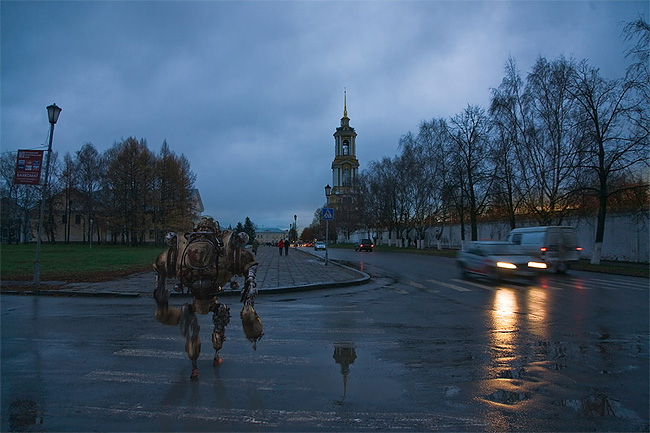 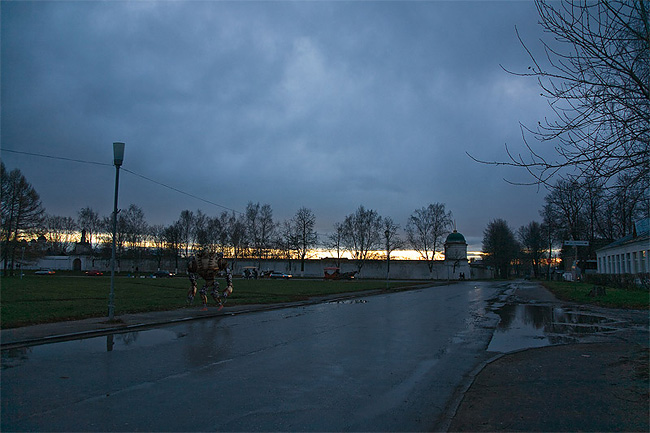 Most “Toxic” Superheroes
Glow-In-The-Dark Underwear Is Exactly What You Need Right Now
The Intelligence Service Owl From Russia
Richard Branson and US Officials Dedicate Space Terminal
Belgian Designers Have Created A Canoe For Two That Folds Away Into A Box
UVMask: Real-Time UV-C Filtration & Purification Face Mask That Filters Dust, Organisms, And Allergens As You Breathe
Jetman Performs at EAA AirVenture
Rotary Dial In Today's World: Artist Imagines What If The Rotary Dial Existed To This Day?
Zipper Fastener Ship: Boat Shaped Like Giant Zip Puller Looks Like It’s Opening the Water
The Making of a Windfarm
Source of inspiration since 2007. Proudly hosted by WebHostingBuzz.
Privacy Policy · Terms of Service · Content Removal Policy 🇺🇦 ❤️