Few companies escaped the Stock Market Crash of 1929 that plunged the United States and much of the western world into an abyss of economic recession. One of the worst hit was the automobile industry—because obviously it was hard to sell cars to people who were out of work.

Prior to the market crash, sales had been booming for the American automobile manufacturer, Studebaker. The company was comfortably placed with three large plants spread over 225 acres manufacturing more than 180,000 cars per year. When the Great Depression hit, Studebaker, like many other companies responded by reducing the scale of their operations and laying off their workers. 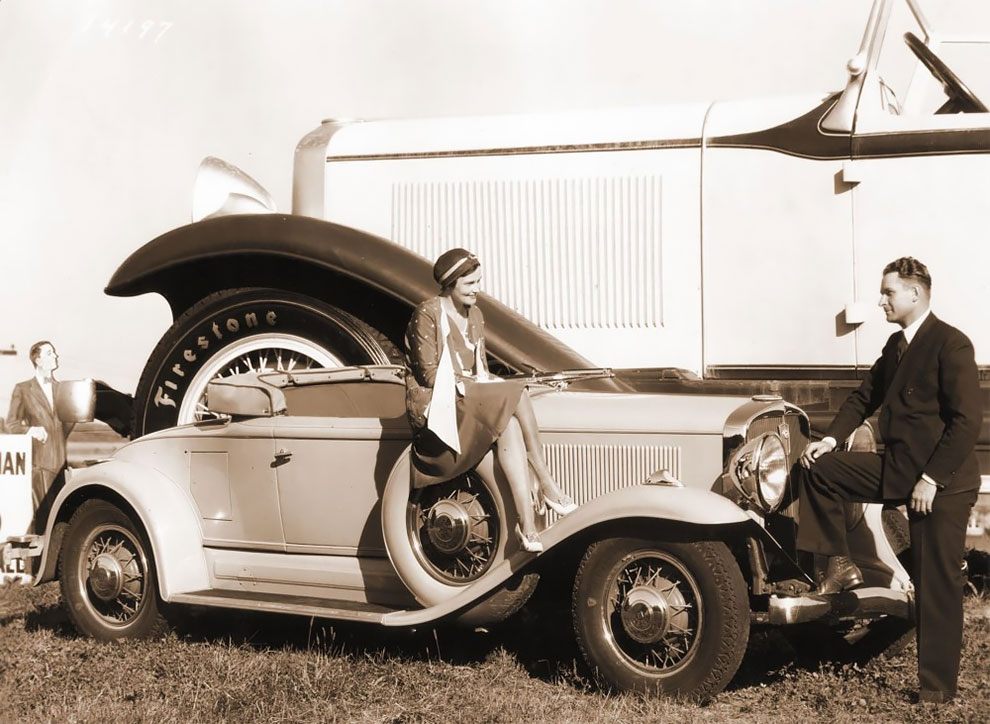 In 1931, in order to promote sales, the company constructed a huge wooden replica of the President—two and a half times larger than its production counterpart. The model measured over forty feet long and fourteen feet tall. It weighed over 5.5 tons and had a body constructed of white pine. The wheels, supplied by the Firestone Tire and Rubber Company, measured seven foot across. 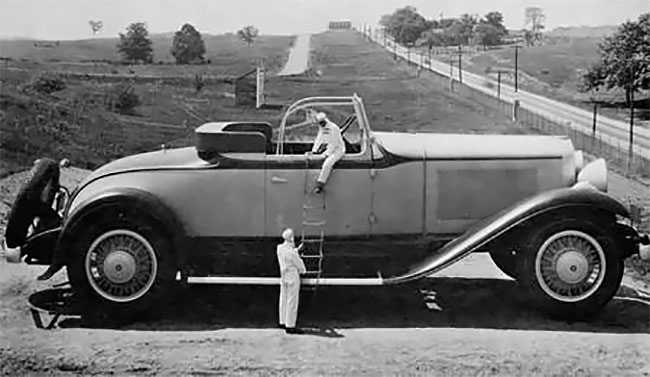 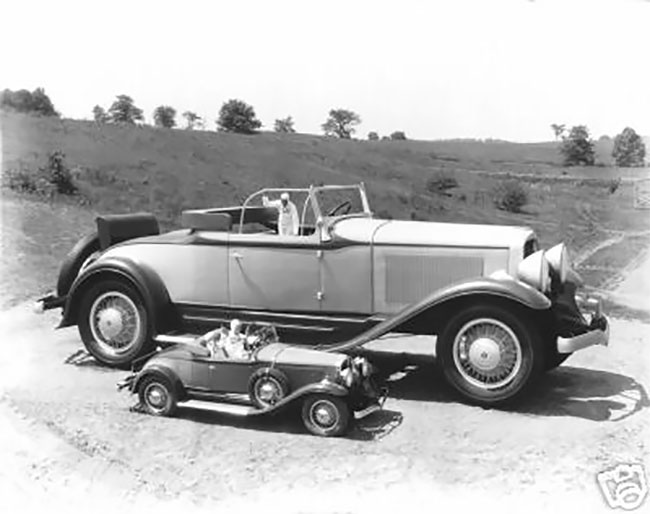 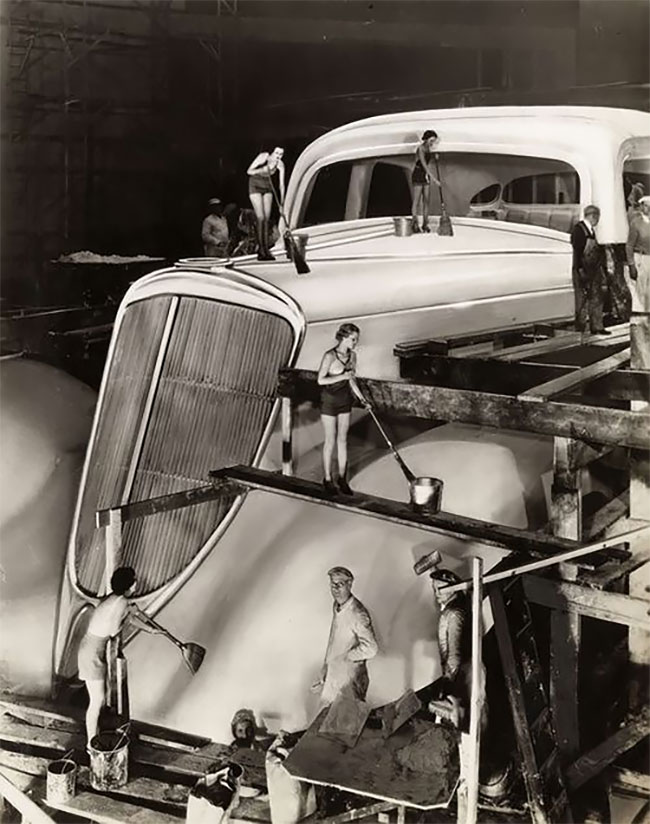 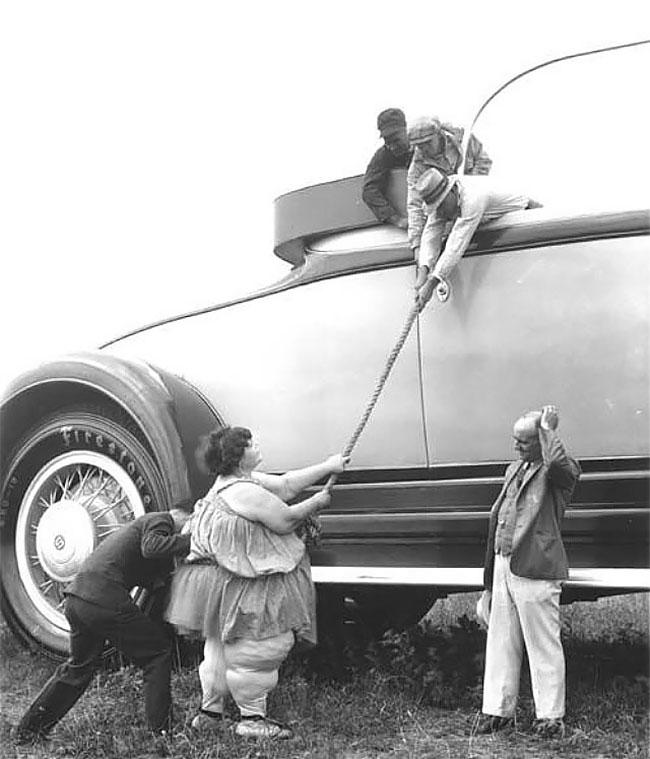 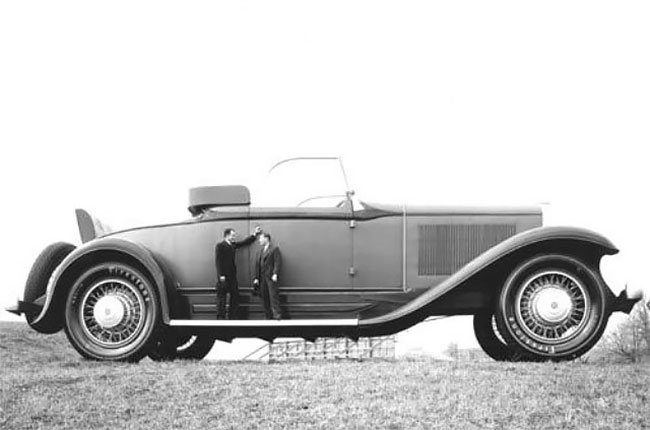 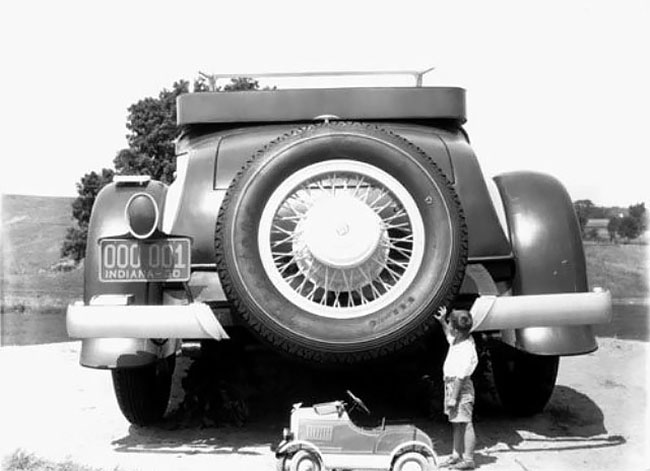 Unfortunately, few measures where taken to protect the all-wood construction from the ravages of the harsh winter. The car survived until the spring of 1936, when the company decided to burn it to the ground because it was in such a sorry state. 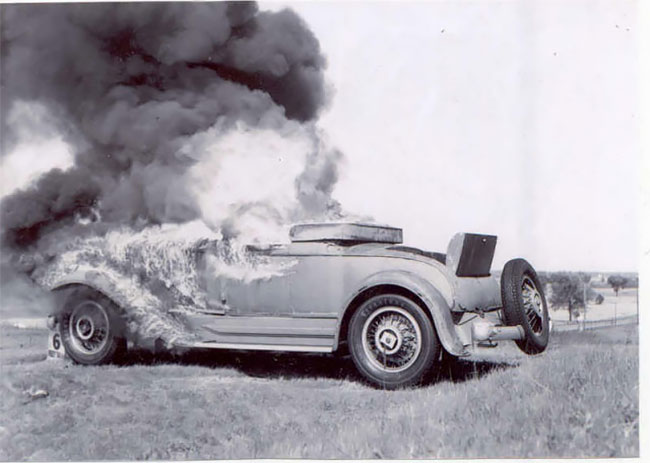 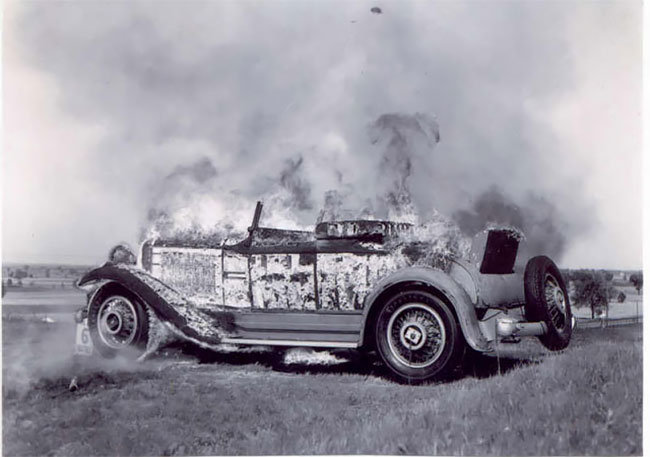 Glow-in-the-Dark Dress
"The Paper Time Machine" Book Takes Historical Images And Imbues Them With Astonishing Color
The Original Hells Angels: Amazing Photographs Capture Daily Life Of A Notorious Biker Gang In California In The 1960s
Swedish Artist Simon Stålenhag Creates A Series Of Art Works For The New H&M Advertising Campaign
Man Puts V8 Lexus Engine And Automatic Transmission On A Bike
Stunning Black and White Photos of Manhattan Taken by Berenice Abbott in 1935 and 1936
The iCar: Five Apple Products Reimagined As Cars
iPad App Gives Users Superman-Style X-Ray Vision
Toyota Has Made A New Concept Car Out Of Wood
DROID Lamp, A Retro Robotic Shape
Science Fiction & Fantasy Costume Contestants Posing At The 24th World Science Fiction Convention In Cleveland, 1966
"Hello Kitty" Air Jet by EVA Airways
Beautiful Flight Attendant Uniforms Around the World From the 1970s
Amazing Photographs of Jim Henson Posing With His Muppets From the 1970s and 1980s
Incredible Technologies From The Past That Just Look Odd Today
Still Portraits of Alfred Hitchcock Posing With Birds in Promotion for His Film, "The Birds"
Amazing Portraits Of Louis Coulon And His 11-Foot Beard As A Nest For His Cats
Lamborghini Athon, an Amazing But Forgotten Concept Car From 1980
Rare Photographs of a Very Young Diego Maradona From the Late 1970s and Early 1980s
The Golden Age of Flying: A Look Back On Air Travel In The 1950s And '60s
Concepts From Future Past: Cool Pics Of The 1951 Buick LeSabre Concept Car
Rare Vintage Photos Of Dwellers Of The Russian North Over A Century Ago
Design Studio Creates Stunning Retro 8 Bit Gaming Roller Blinds
Steve Jobs's Top 5 Hits in Pop Culture
biggest, cars, president, retro, Studebaker

Vintage Postcards of Mid-Century Romantic Couples
No One Knows Who Took These Superb Hand-Colored Albumen Prints Of Japan In The 1890s
The Lotus Etna Could Have Been The McLaren F1 Of The 1980s
The Badass Sean Connery In Zardoz, The Most Insane Must-See Cult Classic
Rarest And Oldest Porsche: Yours For About $20 Million
This Epic Elysium RV Comes With A Hot Tub And Helicopter You Can Land On The Roof
See Inside a 1926 Rolls-Royce Phantom, the Most Expensive Rolls-Royce Ever Made
42 Stunning Restored And Colorized Historic Images Bring The Past To Life
How To Recognise Clouds – The International Cloud Atlas, 1896
World's Most Expensive Campervan Up For Sale
2007 ‒ 2022 by Design You Trust. Proudly hosted by WebHostingBuzz.
Privacy Policy · Terms of Service · Content Removal Policy ❤️ 🇺🇦