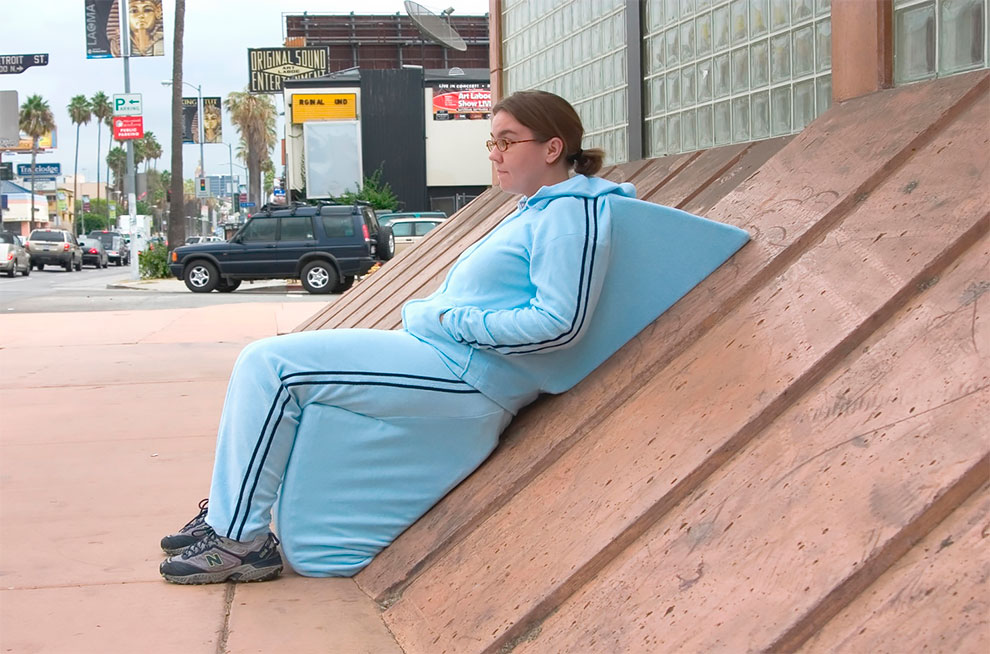 Artist and researcher Sarah Ross’s Archisuits are a hilarious and pointed look at soft bodies in hard spaces—all the ways the built environment is a mismatch for human needs. 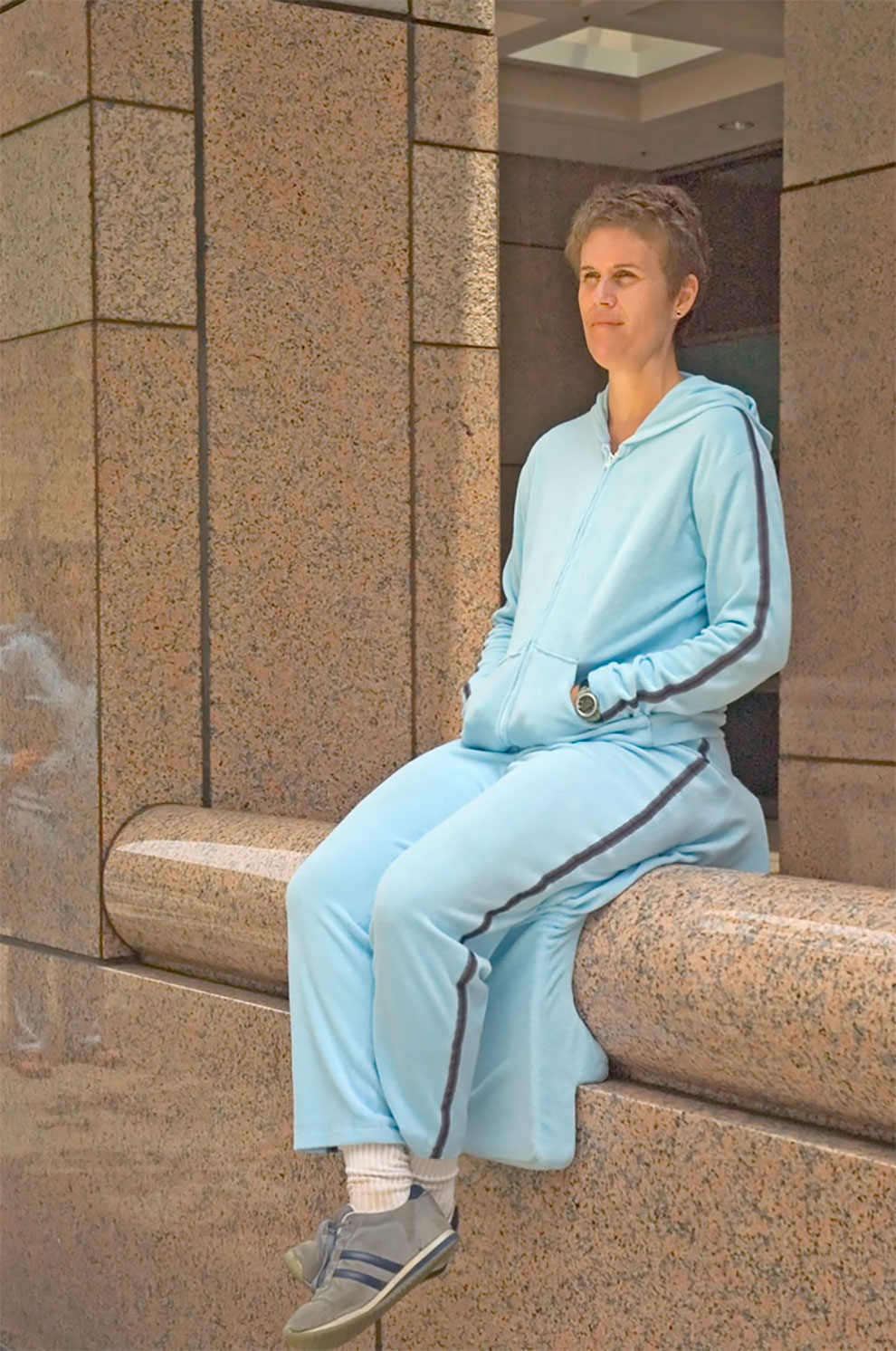 At times, the ill fits seem matter-of-fact: just a look at the negative volumes of space that indicate various built surfaces that are more or less amenable to human support. Housed in these comically augmented jogging suits, they seem like just soft wearable sculpture—conceptual abstractions about bodies in public. 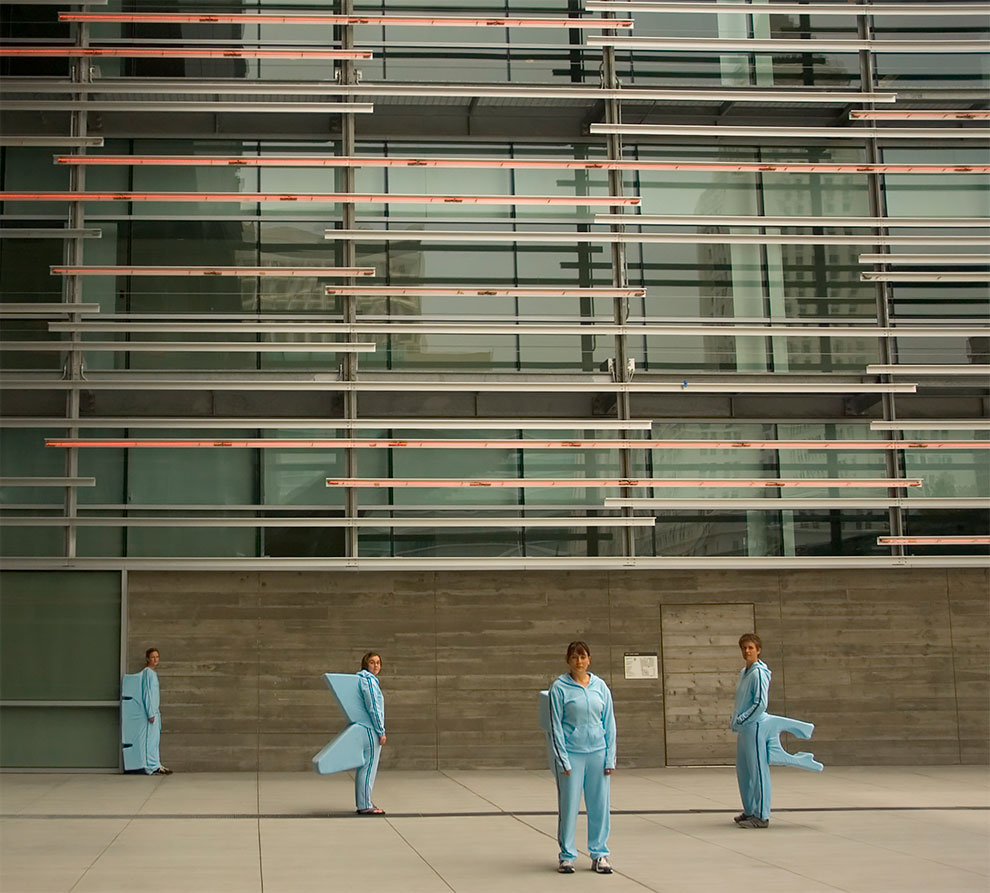 But if you look at these in aggregate, and pay close attention to their settings, you’ll see what Ross is shrewdly highlighting: defensive architectures, like these bench designs you’ll see all over a city like Los Angeles: 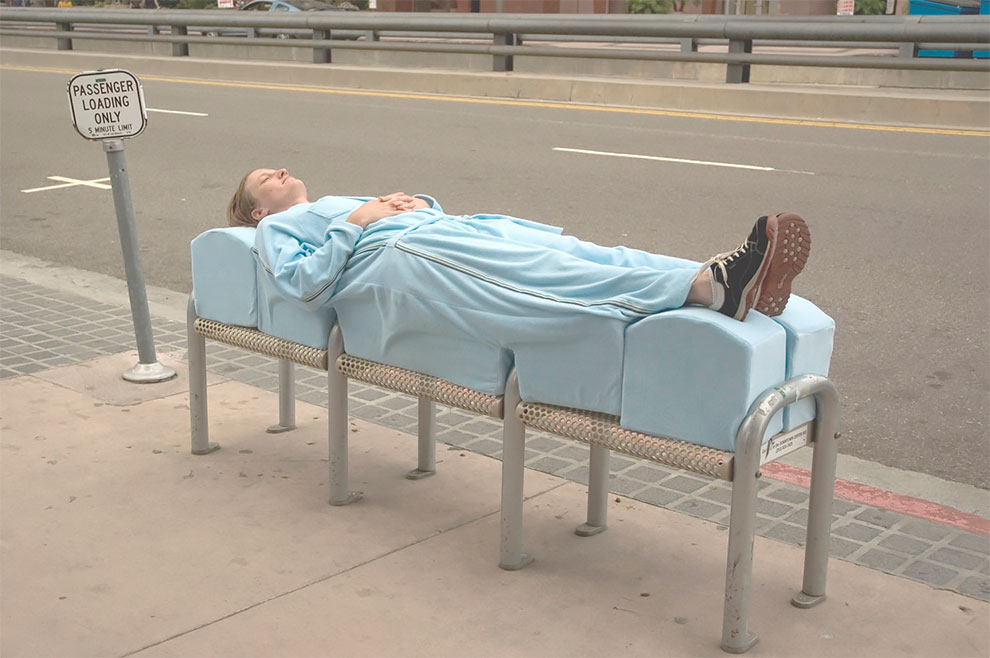 These are benches designed to discourage sleeping, pausing, leisure. Seen next to this one, the other models reveal similar structures made to evade human contact of all kinds—a subtle set of tools likely designed to address homelessness in a city like LA.