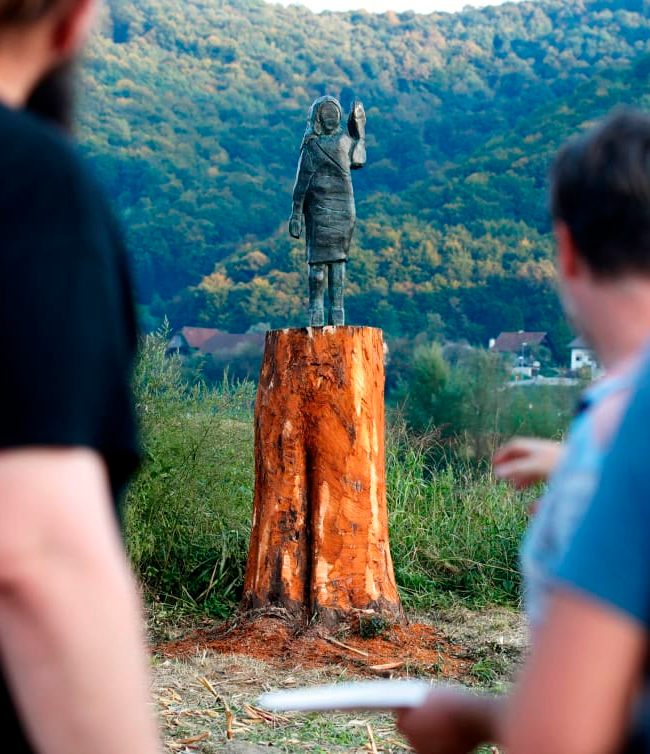 A bronze statue representing U.S. first lady Melania Trump was unveiled Tuesday in her native Slovenia to replace a wooden one that was set on fire in July. The new sculpture is a replica of the original one by U.S. artist Brad Downey and placed near Trump’s hometown of Sevnica, in central Slovenia. 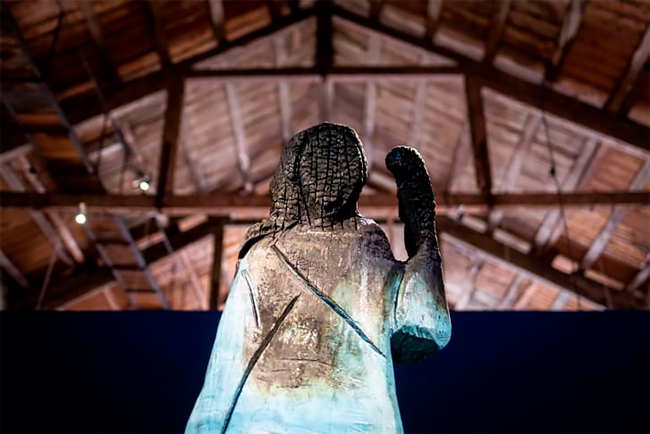 The original, by American artist Brad Downey, was set on fire on 4 July by an unknown arsonist after being labelled a “disgrace” by locals in the town of Sevnica, where the US first lady grew up. Residents said the first statue looked like the Smurf character “Smurfette” because of its pale blue colour, representing the dress that Mrs Trump wore to her husband’s inauguration. 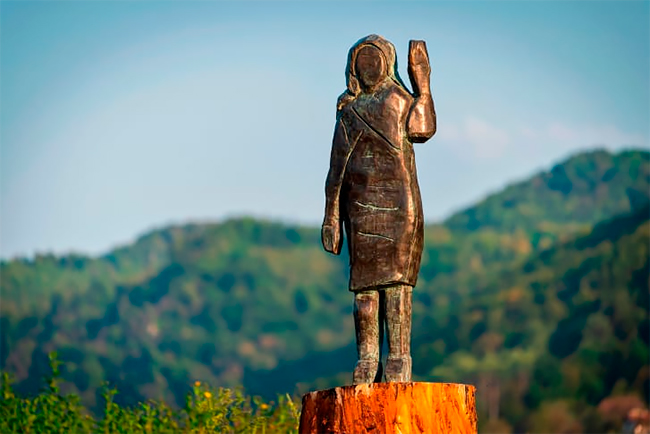 A plaque next to the new one reads it is “dedicated to the eternal memory of a monument to Melania which stood at this location.” 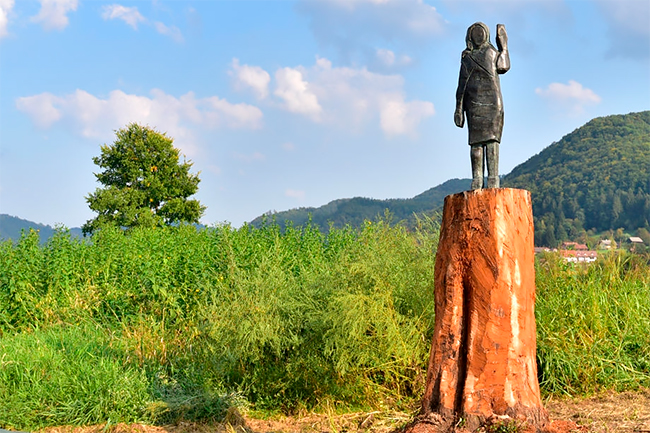 “We are here today because we put up again a statue of Melania to the place where it was burnt and to commemorate the statue that was set on fire,” said Slovenian artist Marko Vivoda.

The life-sized sculpture bears no obvious resemblance to the U.S. first lady. 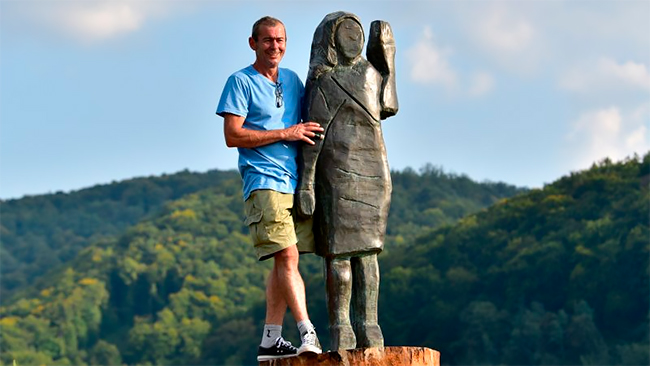 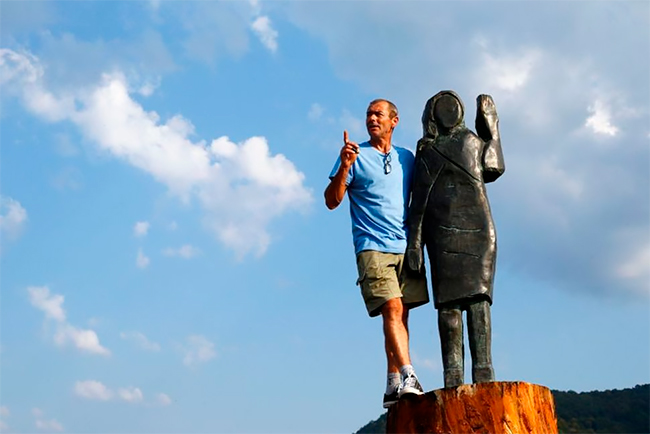 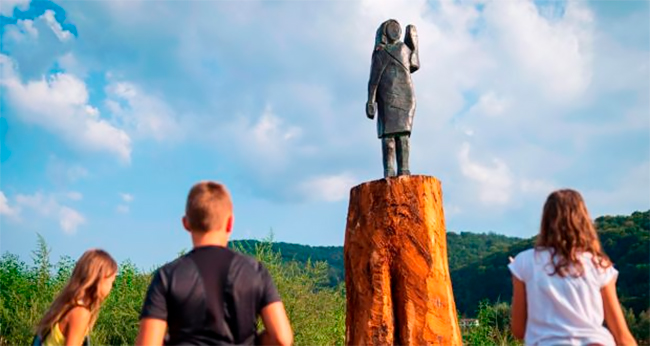 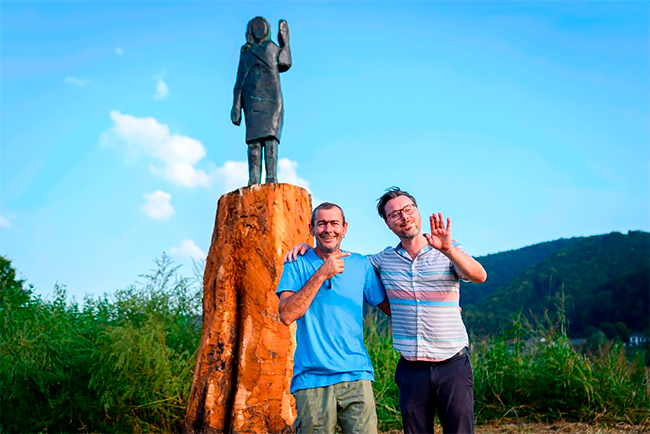 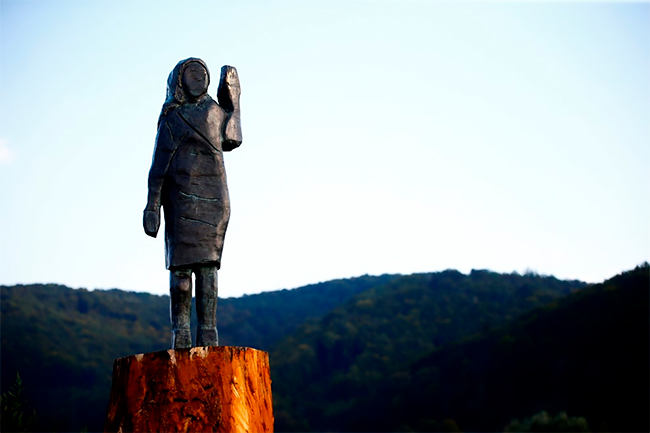 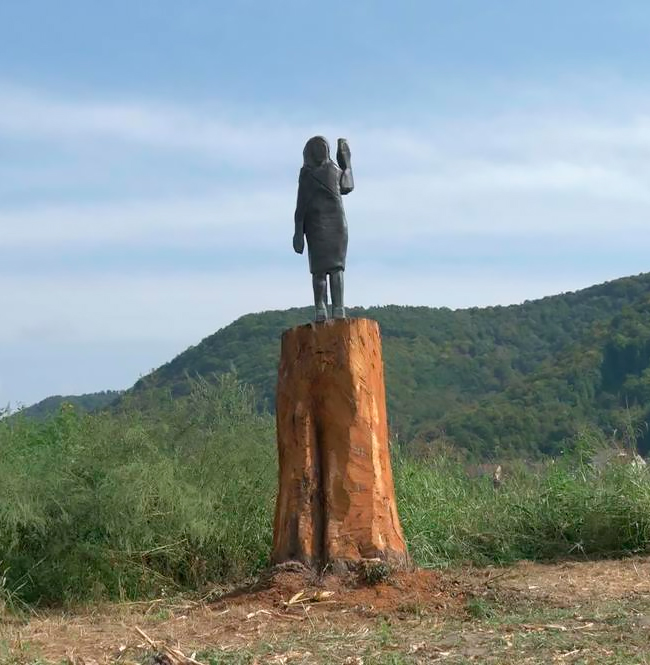 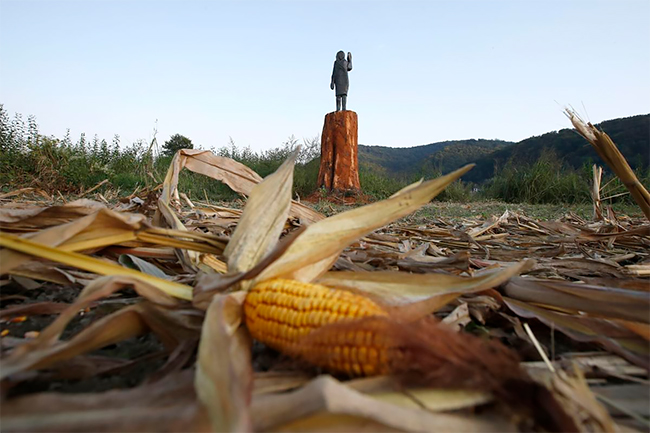