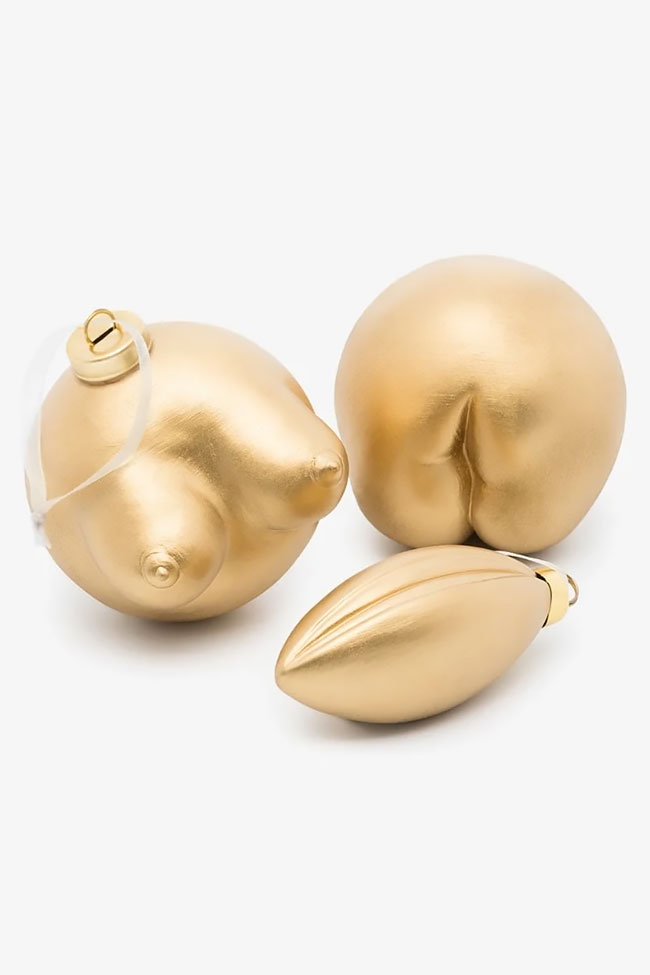 Anissa Kermiche, the brain behind the cheekiest vases in homeware, has conjured up a selection of magical pornaments for Christmas. Get ready to deck the halls in truly mischievous style with Kermiche’s “boobles” – a bauble version of her “Breast Friend” vase and “Jugs” jug, realised in festive metallics. 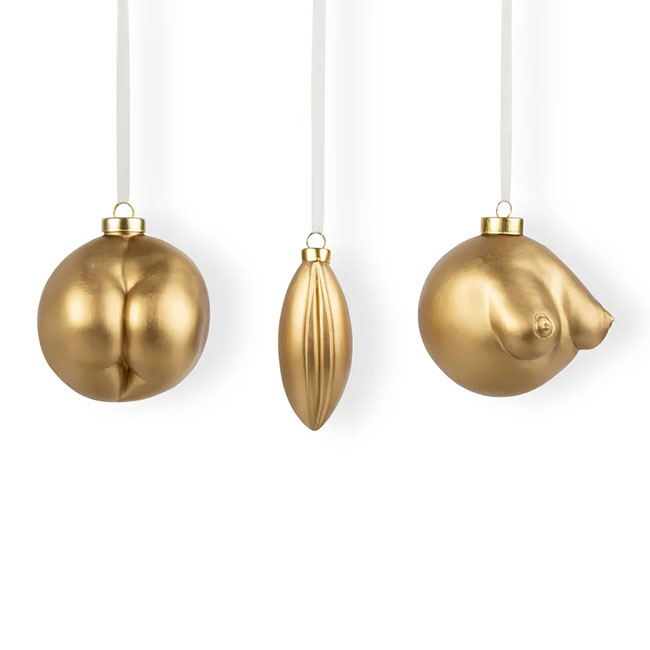 “We wanted to bring a bit of fun to the classic Christmas decoration,” says the French-Algerian designer, who has been sprucing up shelfies far and wide since branching out from fine jewellery to interiors. “We love the idea of a bum or a breast hanging among the pine needles, catching relatives off guard while they’re admiring your tree. Given the year we’ve all had, the baubles are the perfect thing to bring some laughter into the home at Christmas.” 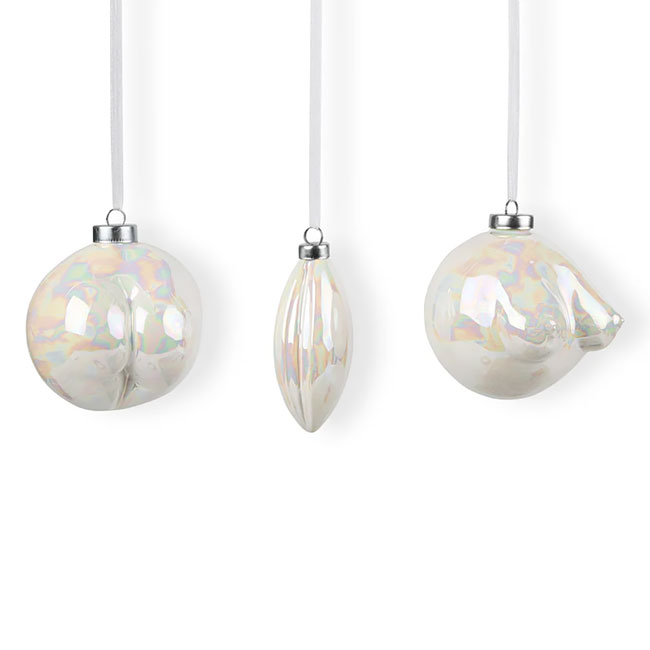 Anissa Kermiche is making a mark in the fine jewellery sphere with her eponymous line of designs, ranging from modern day pearls, to beautifully sculpted earrings.

A gifted academic at a young age, Anissa studied engineering and computer science, but after three years was struck with an ennui that led her ever-present rebellious temperament to adopt a different approach. She threw herself head first into jewellery studies at Central Saint Martins and London’s infamous jewellery district, Hatton Garden. Her bold move paid off and in 2016 culminated in an impressive jewellery launch.

Anissa’s abiding ambition is to create jewellery which reflects the generation of successful, powerful and inspirational women that she sees all around her. 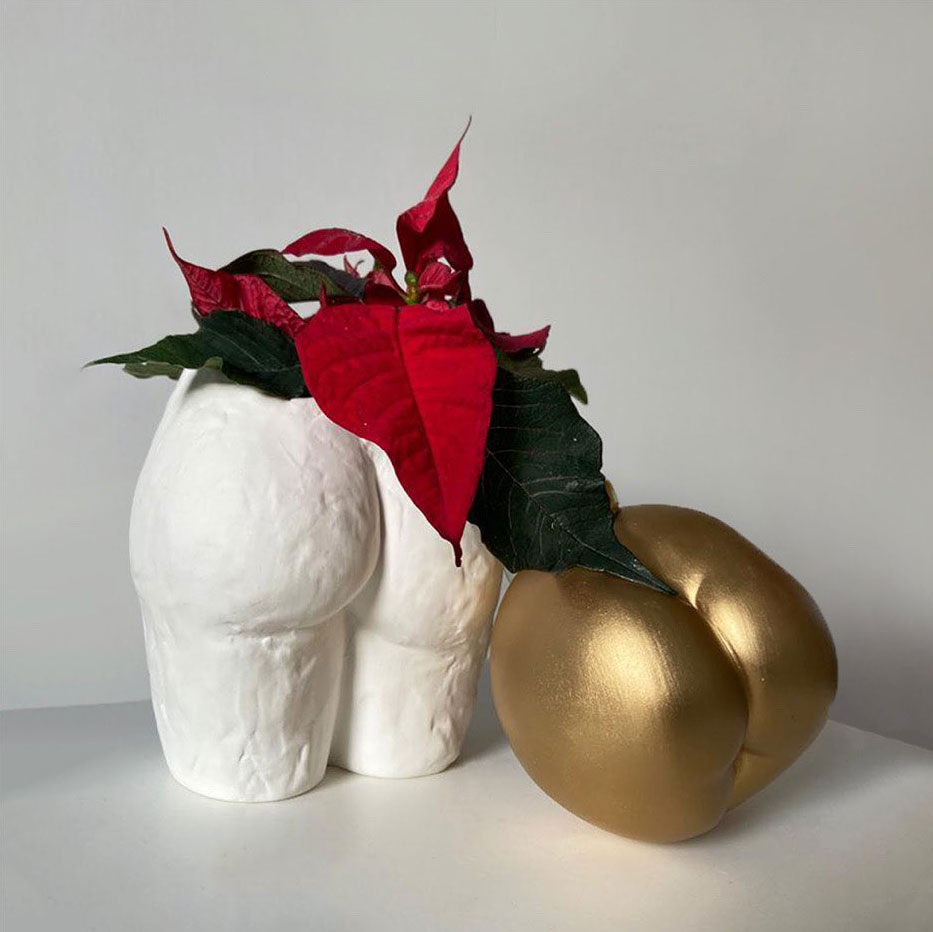 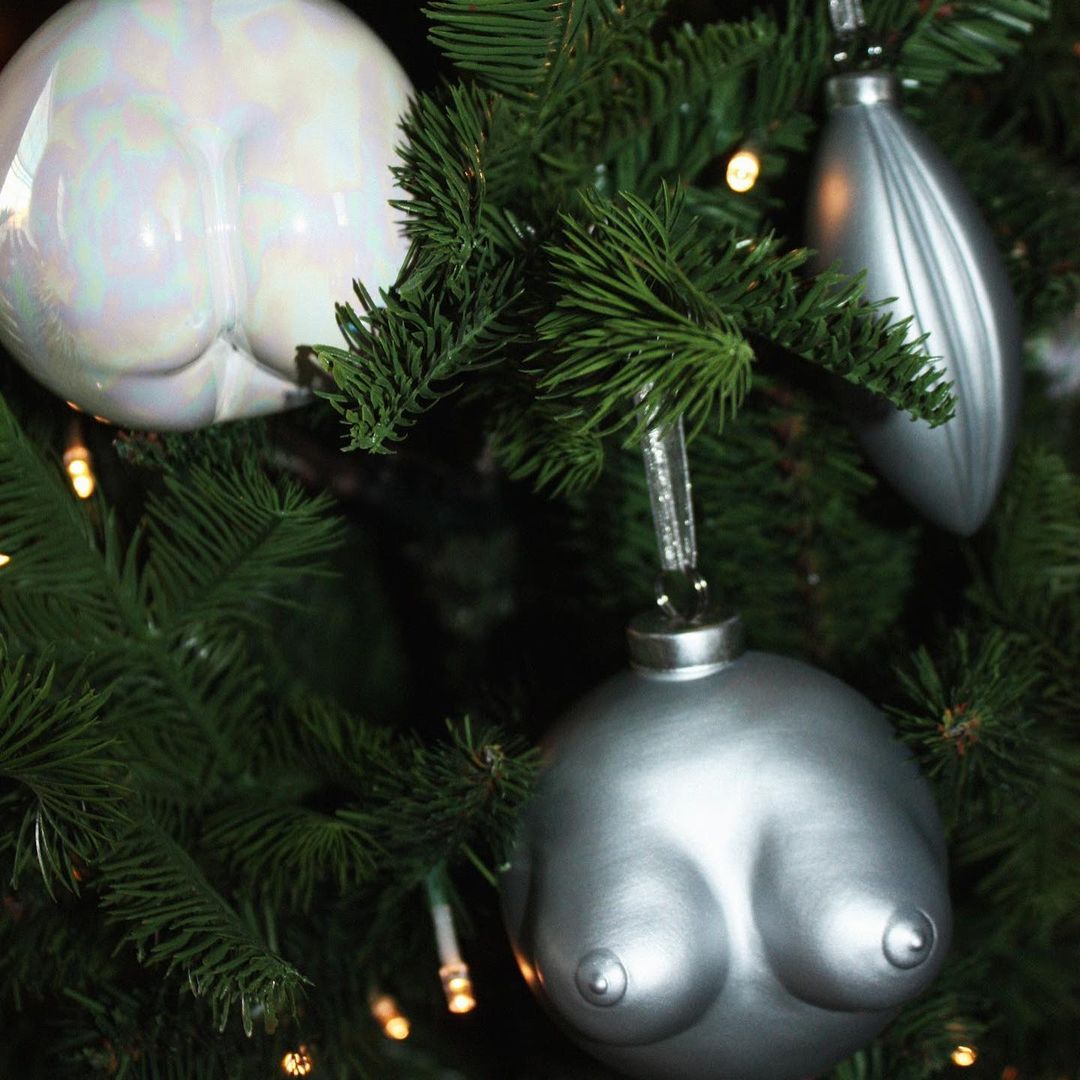 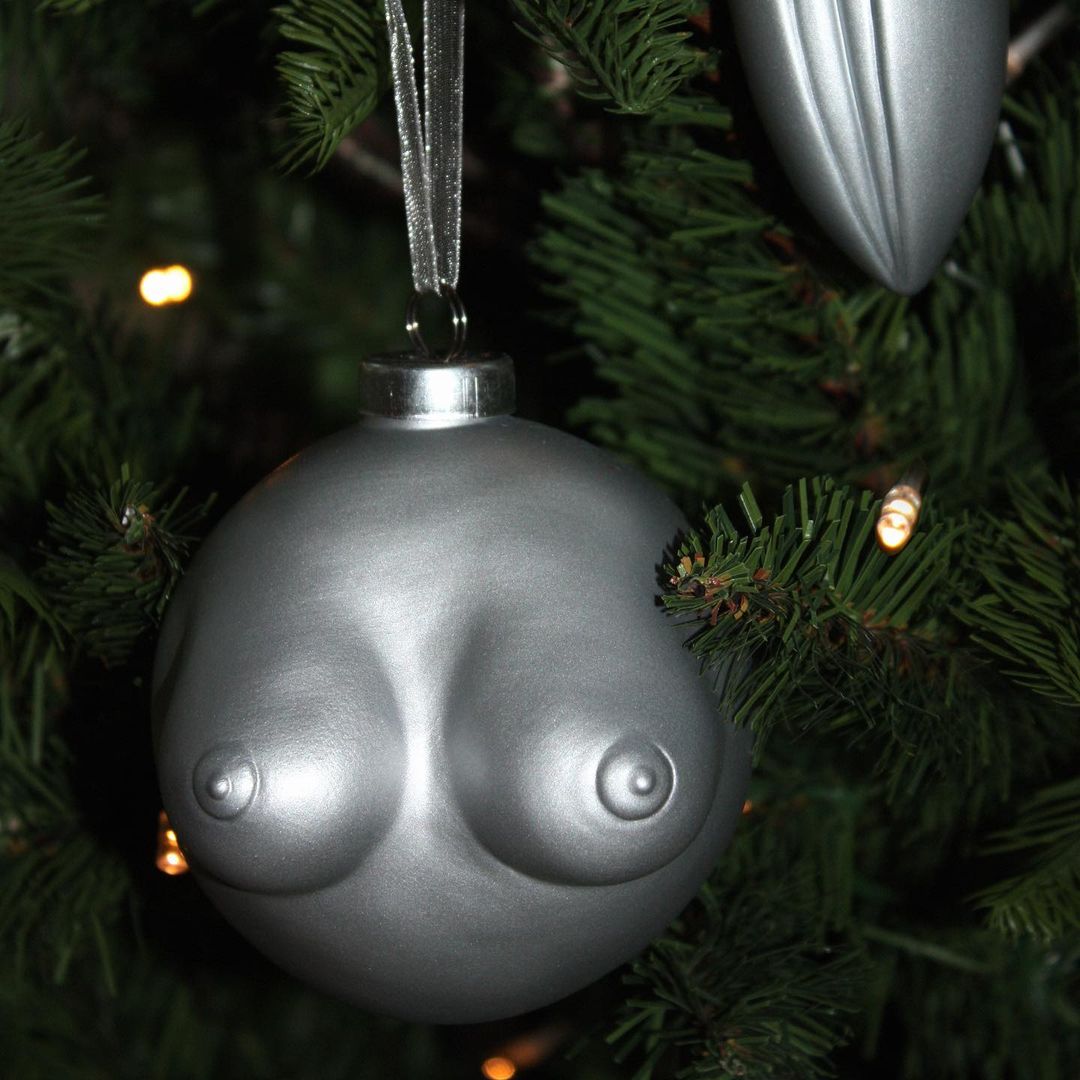 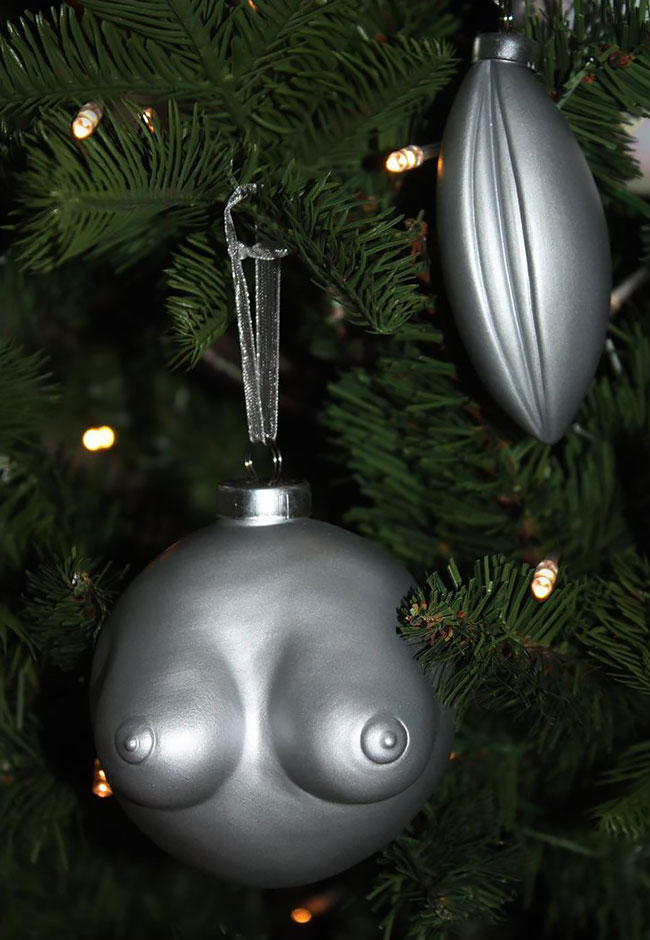 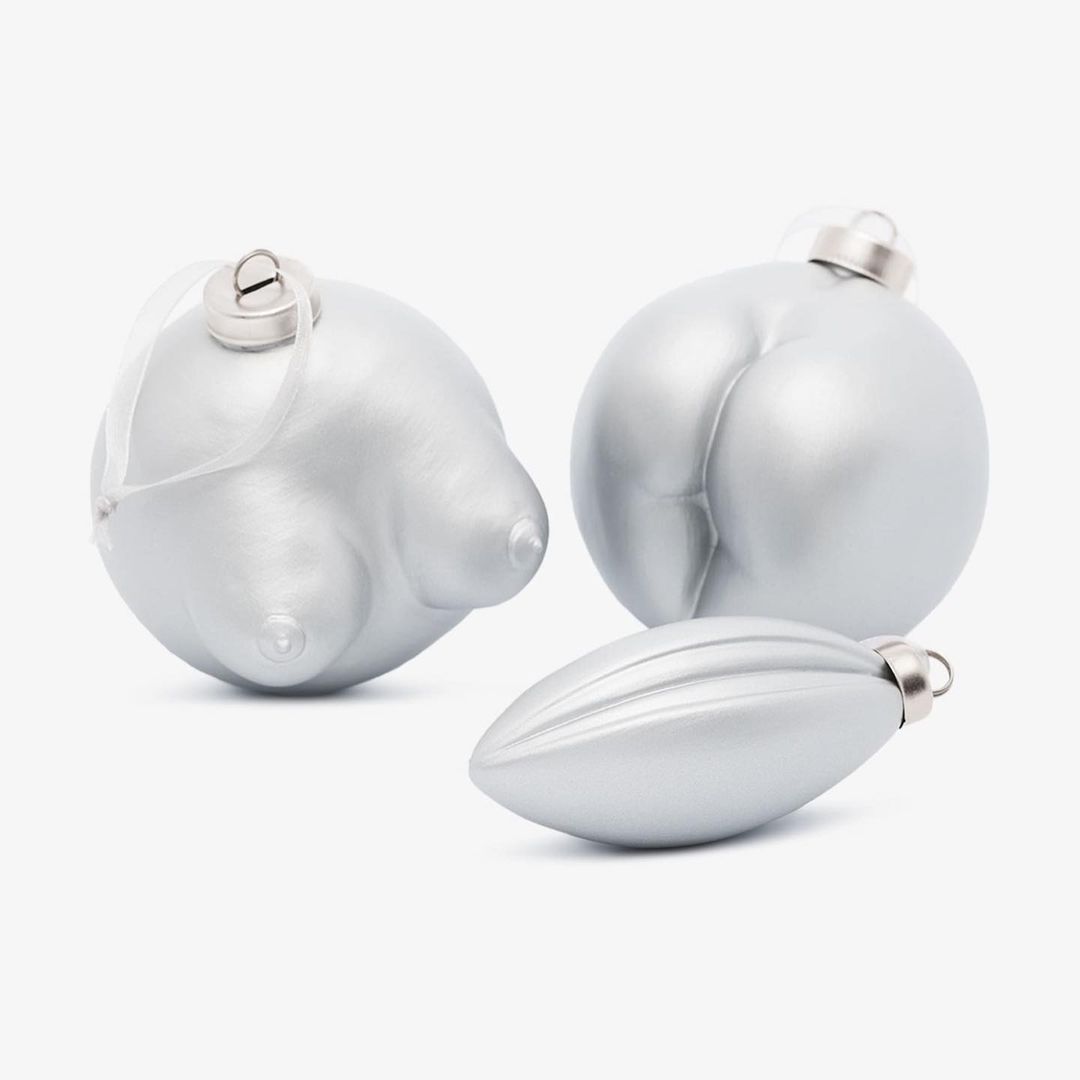