With the UK mired in Brexit crisis, this is a good time to revisit this design submitted for our Brexit passport design competition, which seems to sum up how a lot of people feel about the political situation. 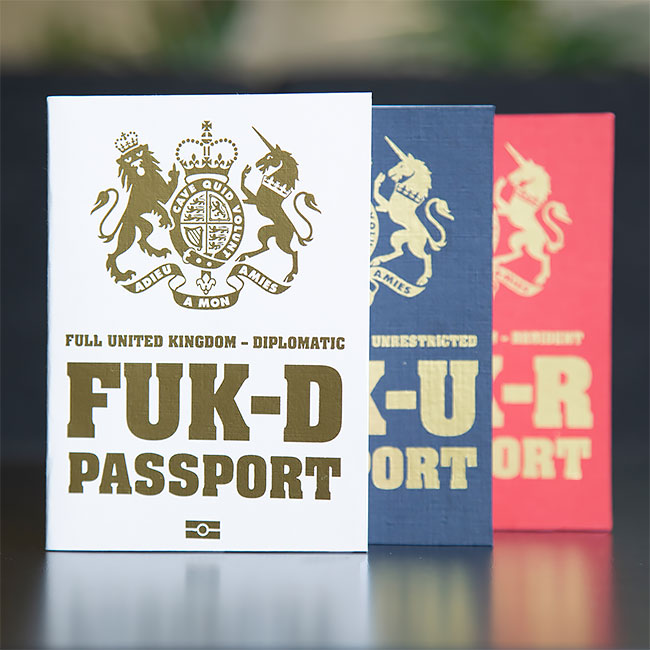 Designer Mark Noad submitted this humorous series of three passports for a rebranded UK, called the Full United Kingdom (FUK). Under his proposal, citizens would be divided up into three types, with a different red, white or blue passport for each. The traditional blue design is for “true Brits, unrestricted by the shackles of Europe” and bears the legend FUK-U. 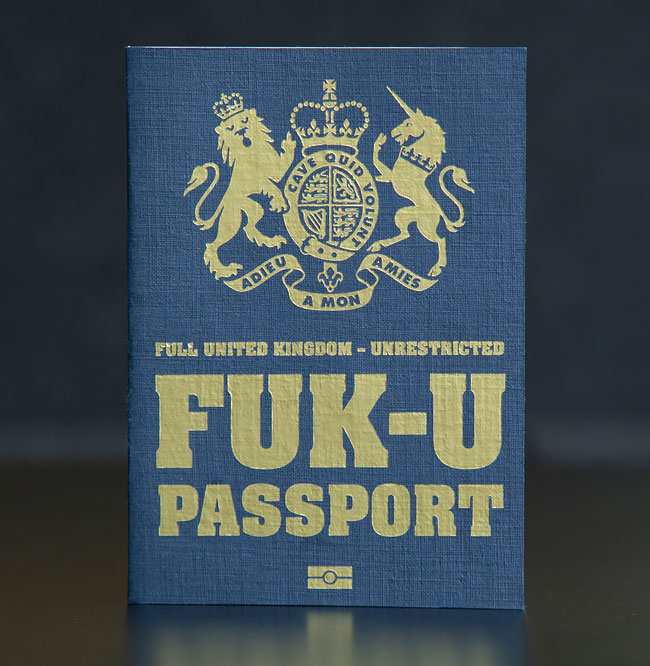 The EU-like red design is for “anyone else who might have some obscure reason to reside here” and is marked FUK-R. The white version is for diplomats and “truly represents our standing in the world” and is titled FUK-D.