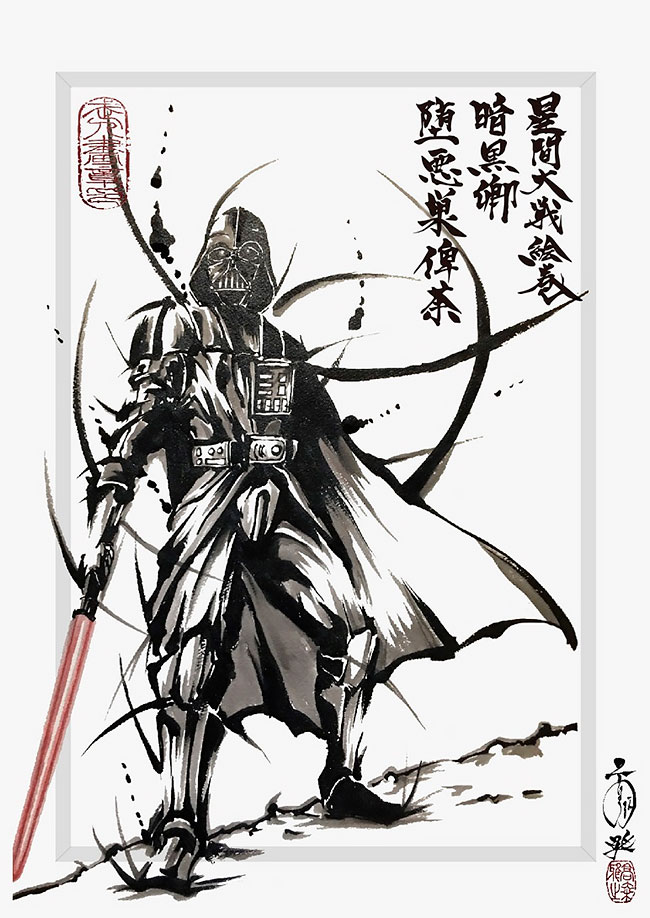 Given the inspiration that Akira Kurosawa’s films and the lore of samurai warriors have meant for the Star Wars franchise, it’s no surprise that affinity between Japan’s feudal warriors and the galactic epic has produced some truly awesome collaborations.

The ink paintings are drawn by Kojo Masayuki, a professional artist and one with a talent for Bujinga, or traditional Japanese warrior portraits. They were a type of ukiyo-e print that depicted the battle scenes and the heroics of early Japan’s warriors. 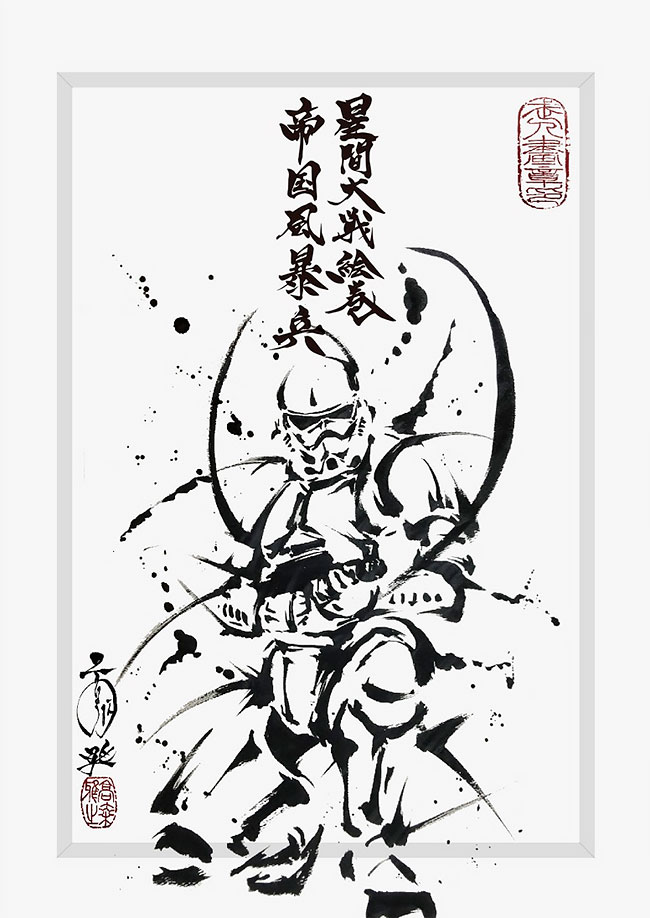 In keeping with the code of the Samurai, the military men in these pictures are not simply warriors or combatants, but those who have committed themselves to being “prepared” for all that standing on the battlefield means. Kojo says he captures that preparation and shows it in his paintings, and notes that one can observe the kind of preparation that separates true warriors from simple fighters in the epic Star Wars series. 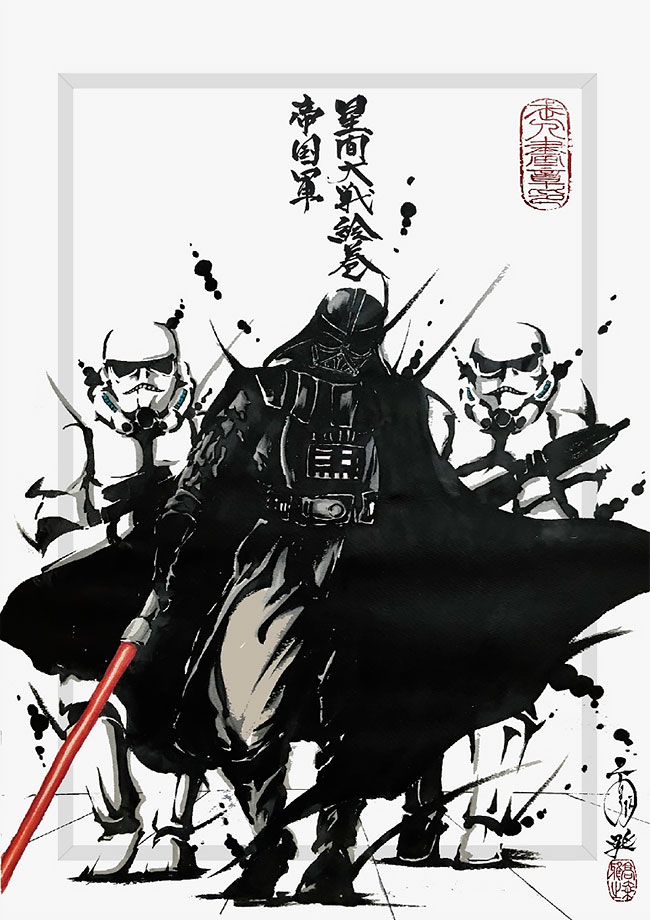 Even cooler is that each painting comes with a corresponding title written in kanji that correspond to the characters. For instance, the “堕悪巣俾荼” above Darth Vader’s print can be phonetically read as “Darth Vader”, but the meaning can be interpreted as “servant in pain who fell to the web of sin”. “風暴兵” for Storm Troopers can be read as “violent wind soldiers”.