A Visit to the World of Medicine: The Whimsical Art of Jose S. Perez

A Day in the Hospital

With a personality as unique as his art, Jose Perez has painted his way through life. His paintings are his voice, his method of expressing himself, his commentary on society.

Born in Houston, Texas, on June 30, 1929, of Mexican parents, Perez moved with his family to Mexico when he was five years old. Returning to the United States as a teenager, Perez swam across the border carrying the papers which proved he was a U.S. citizen. His brother, also a U.S. citizen, had lost his papers and so talked Jose into swimming back to their country. This incident is a foreshadowing of the personality Perez was to become. 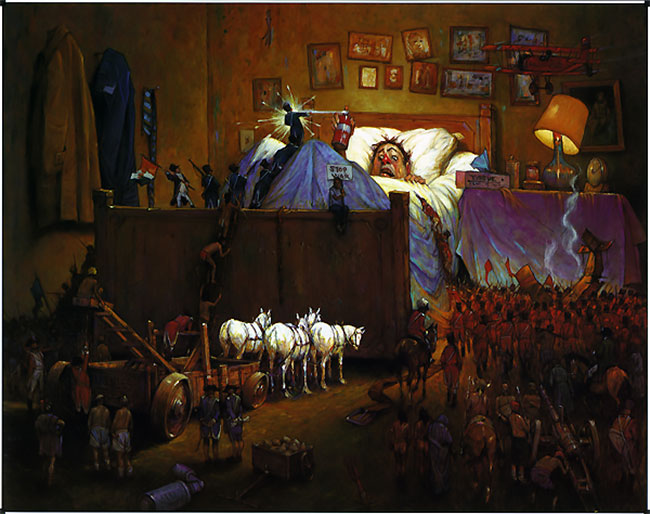 Jose developed a sense of humor in his early years, and it’s been an integral part of his life and his art ever since. Through years of working in menial jobs, through his struggle for recognition as an artist, through a bout with glaucoma — through all the trying times of his life, Jose Perez has maintained his sense of humor. 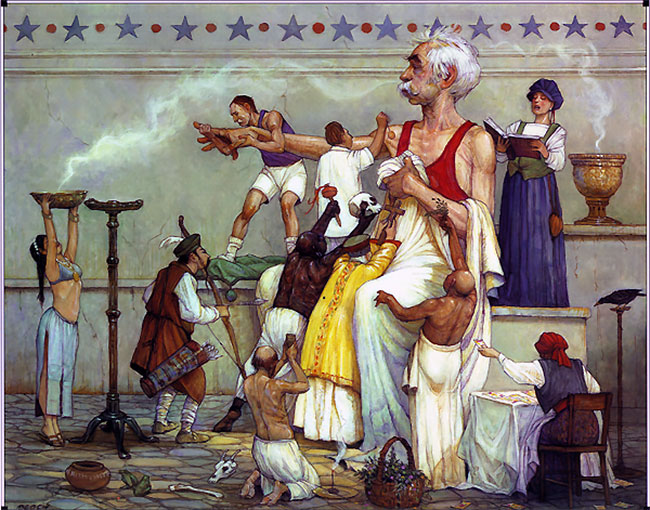 The confusion Perez had felt in earlier years evaporated when he began to concentrate on satirical art and pursue his profession seriously. His work is owned by a wide variety of art collectors in the United States and Europe. 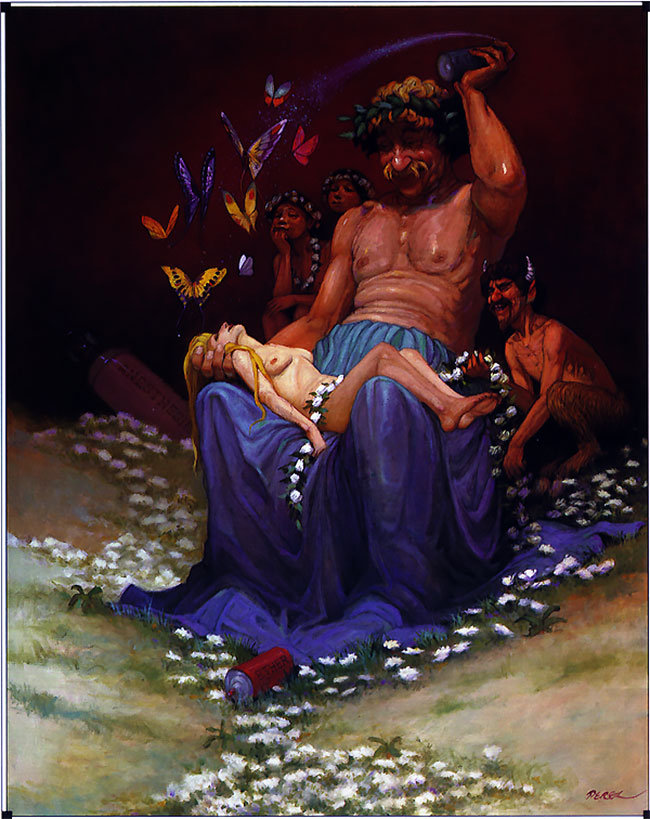 Jose Perez lives with his wife, Mary, in Washington, D.C. At present, he is working on two series of satirical paintings, one of which, for the 1996 Olympics, deals with sports; the other, for the 1996 presidential election year, with politics. He has a book soon to be published, titled How to Draw the Perez Way, and he plans to devote the latter years of his life to a final, unique project — painting his memoirs. 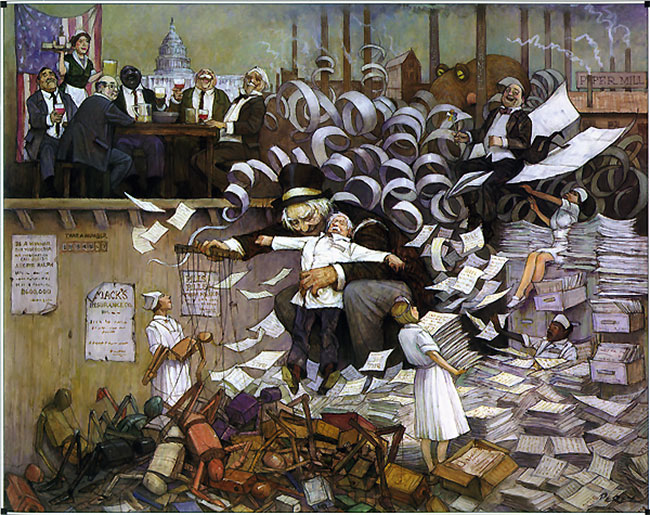 The Bureaucrats of Medicine 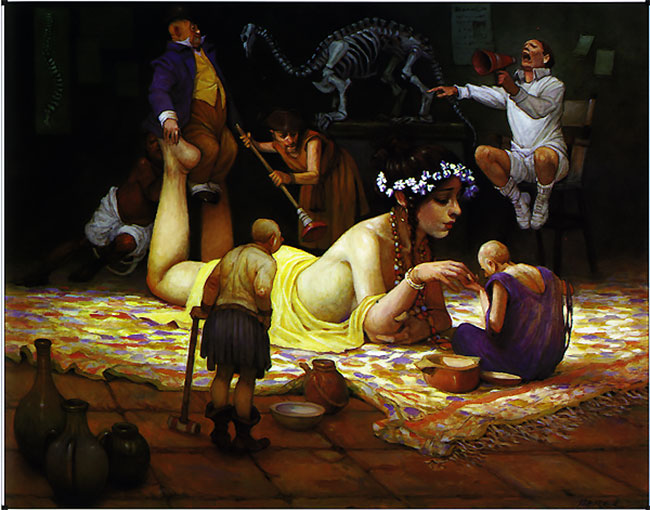 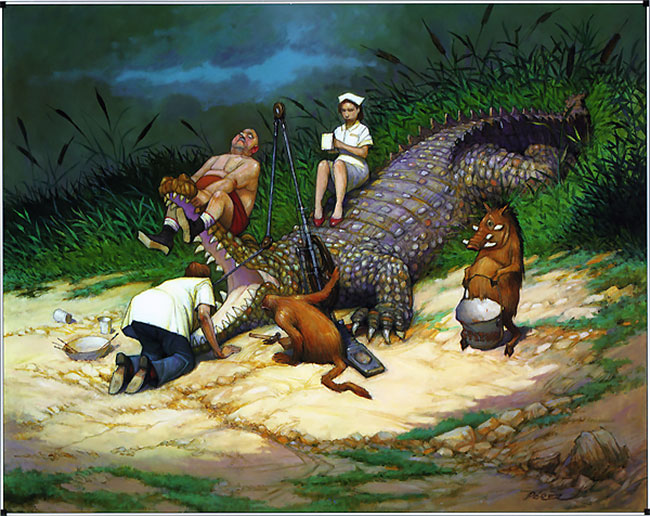 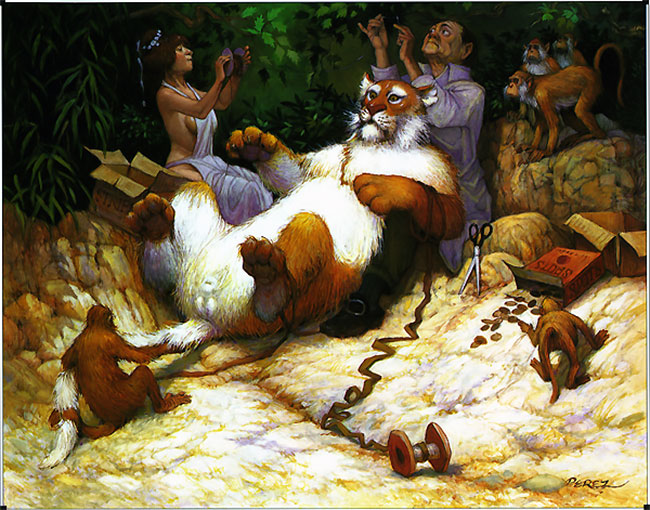 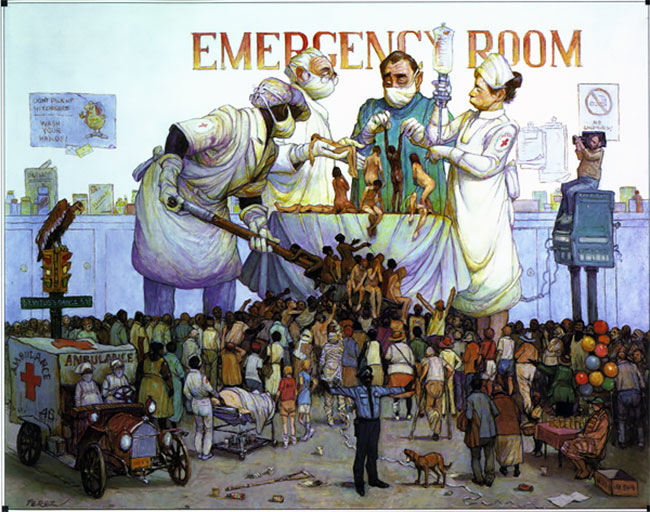 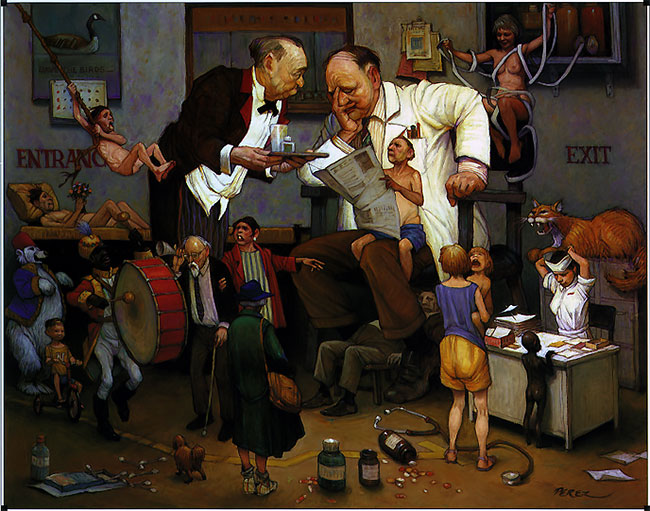 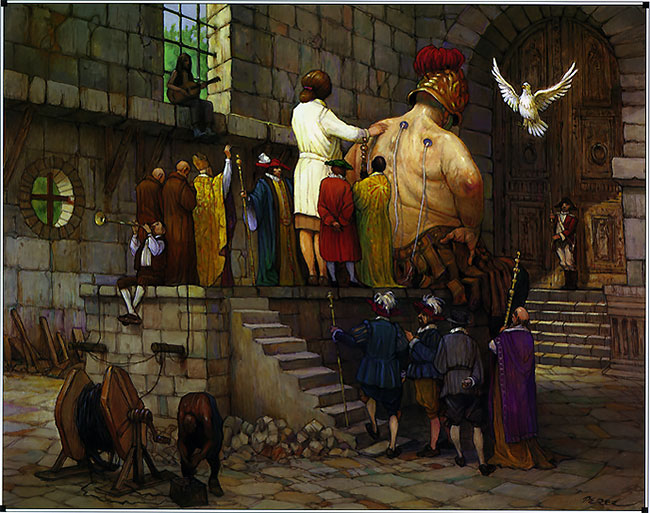 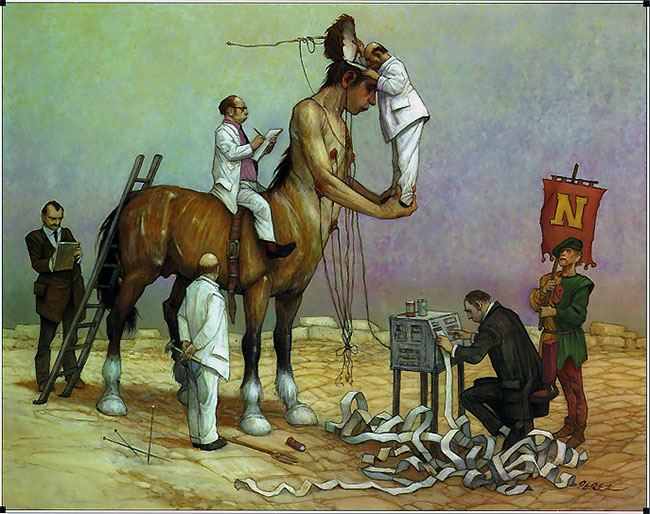 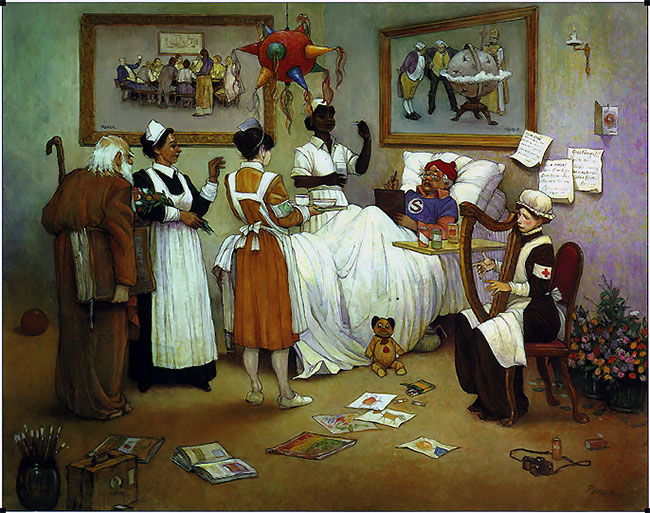 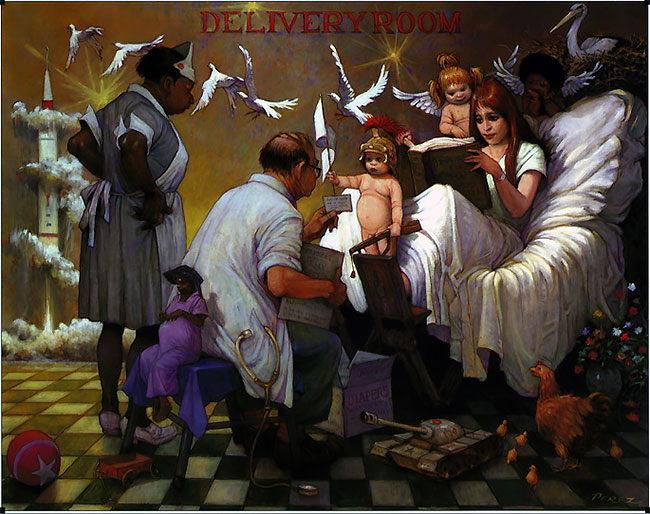 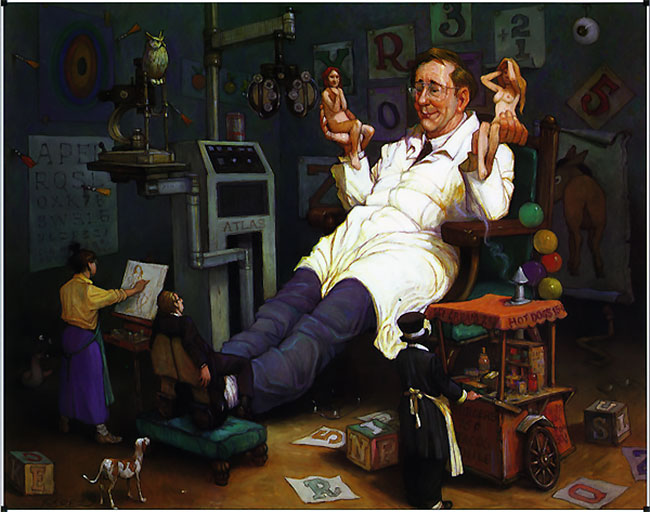 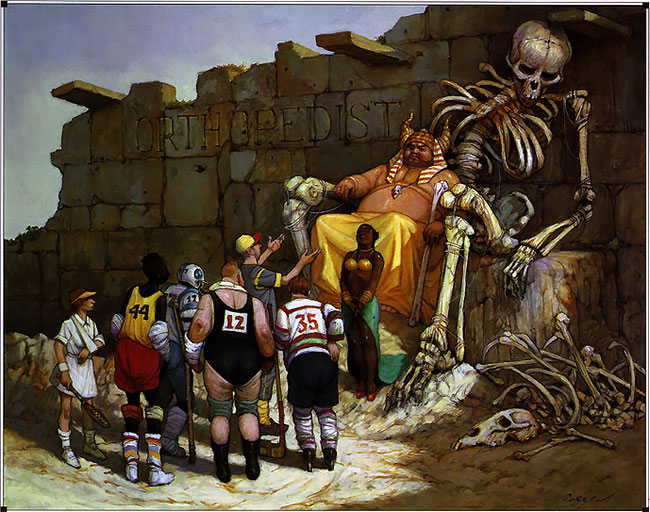 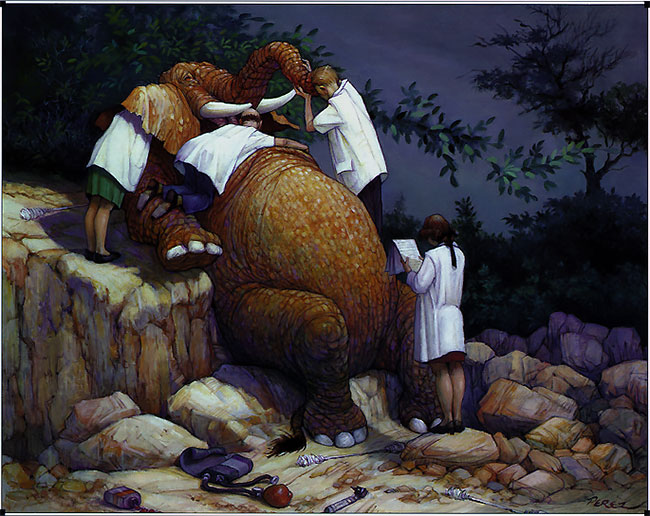 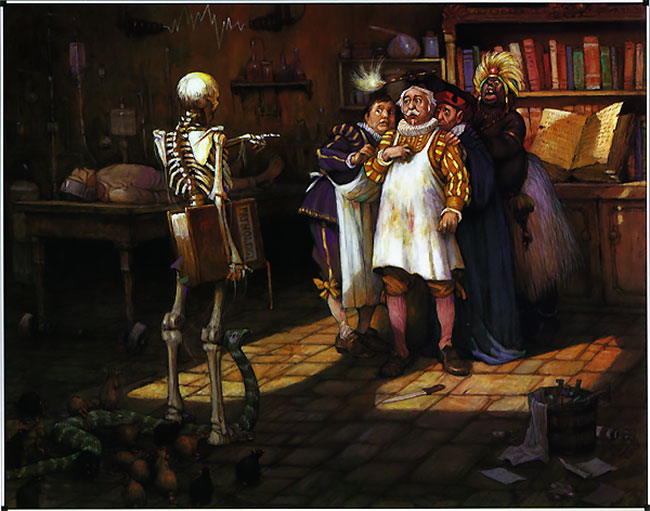 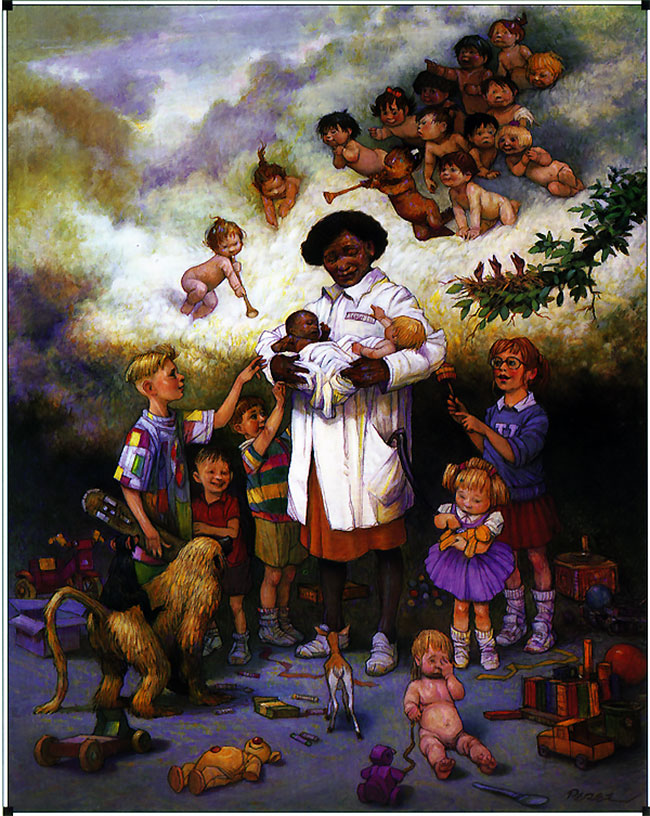 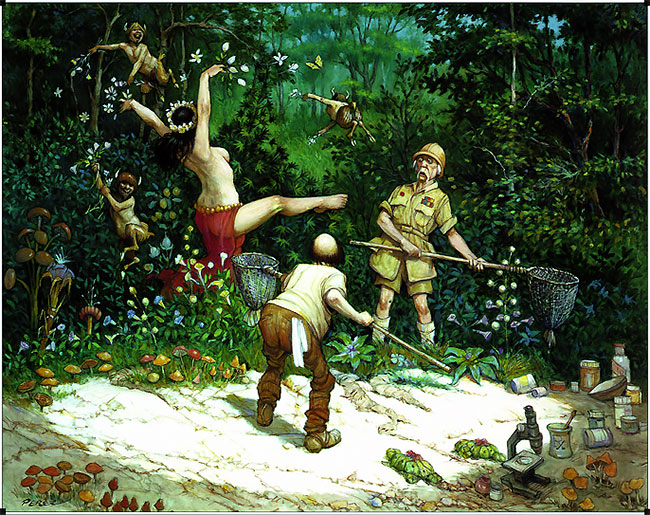 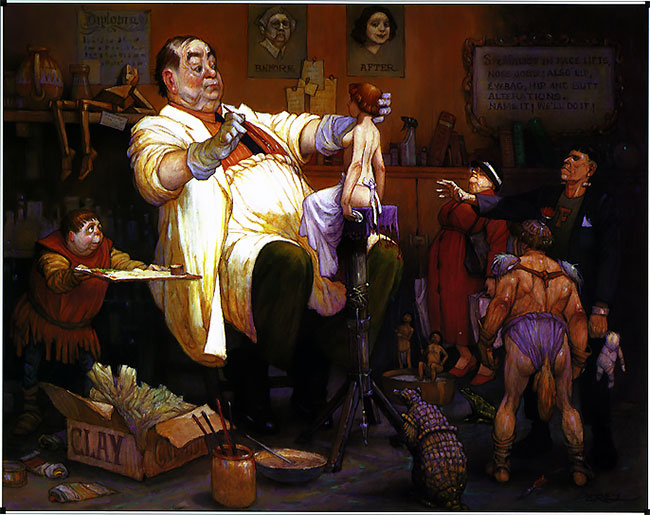 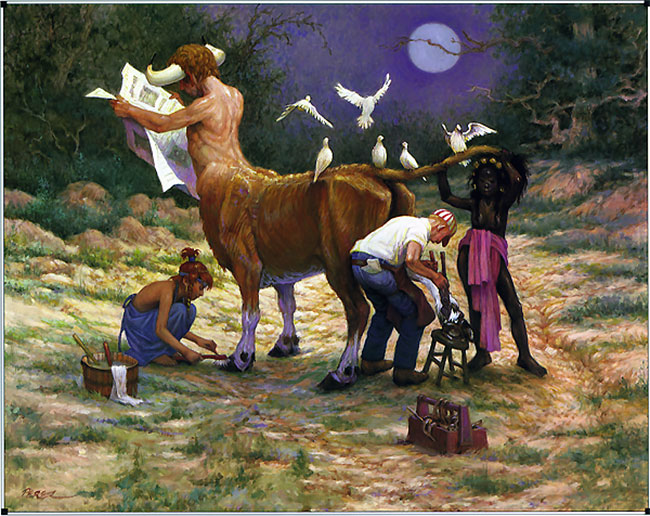 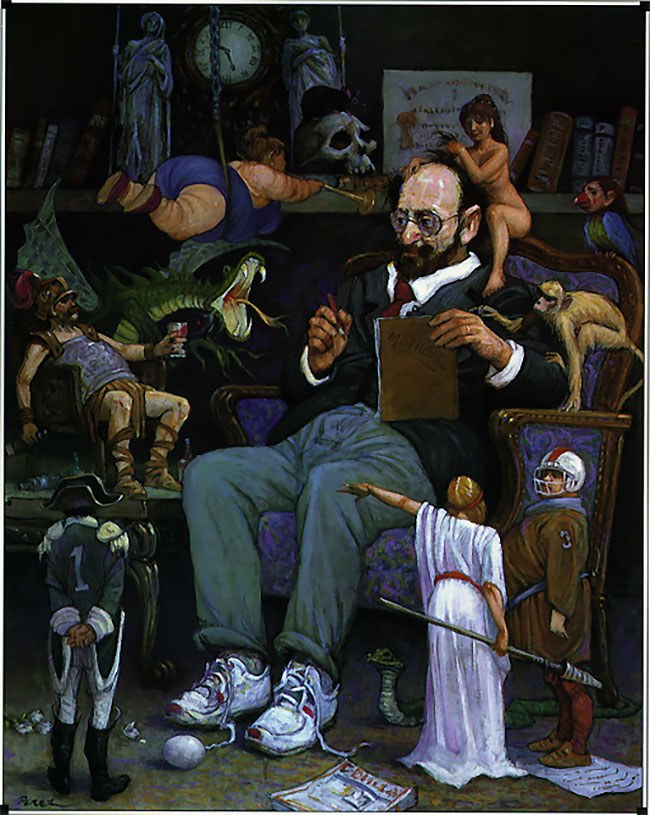 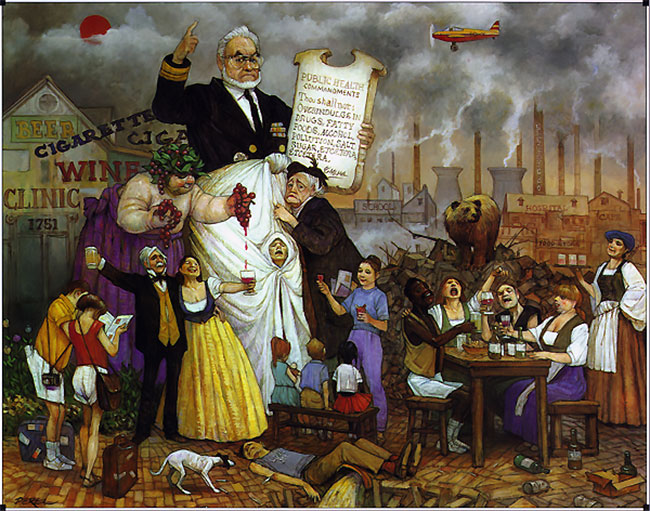 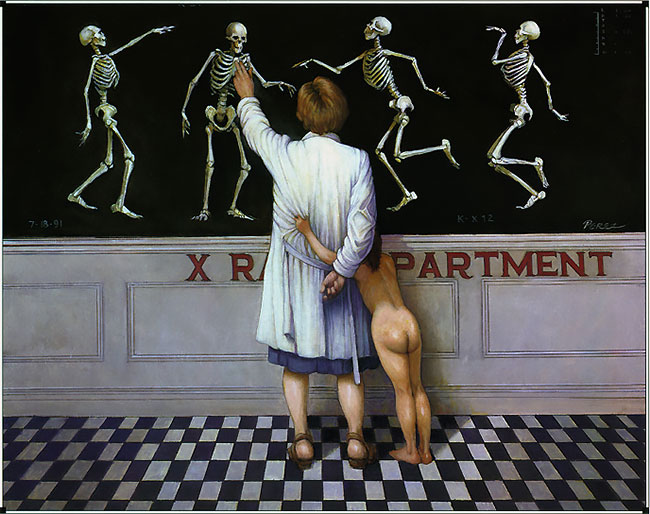 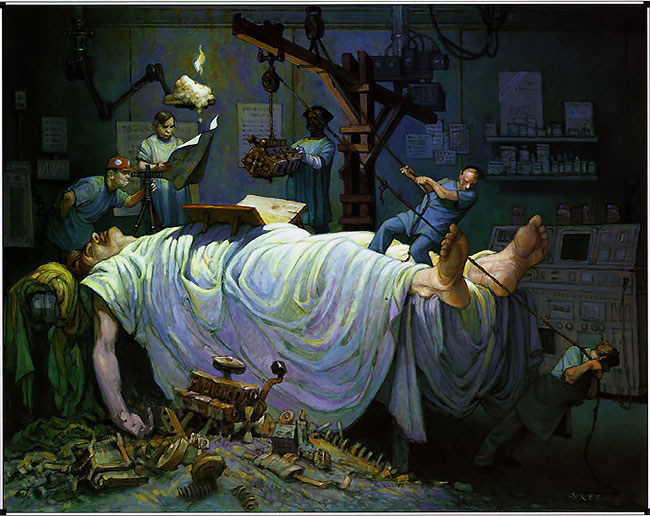 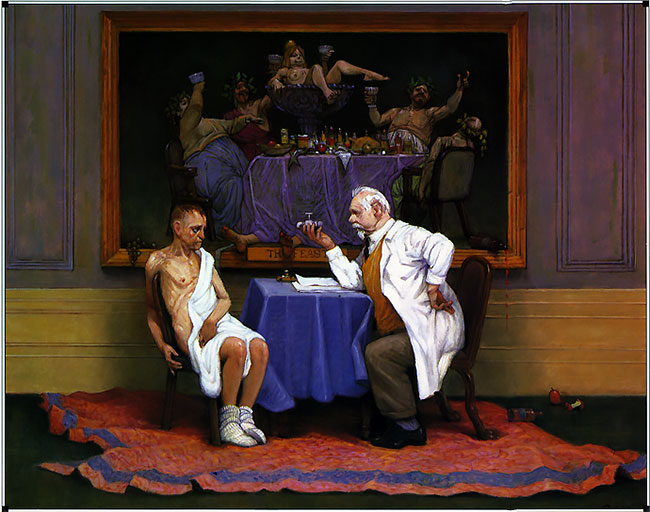 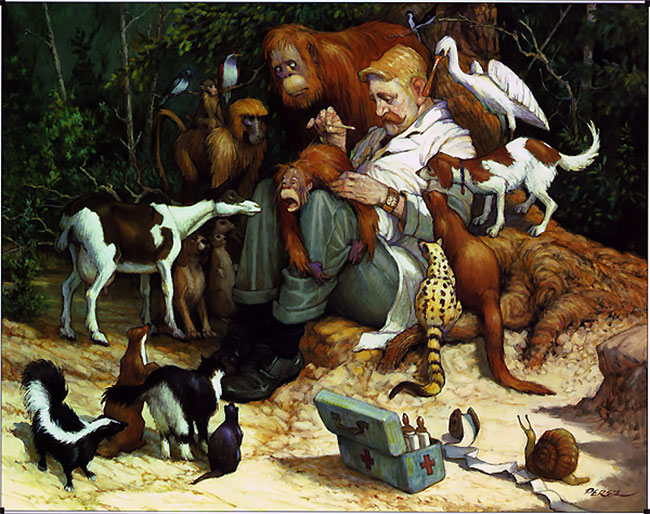