An Artist Used Computer Graphics To Reimagine These 8 Iconic Paintings 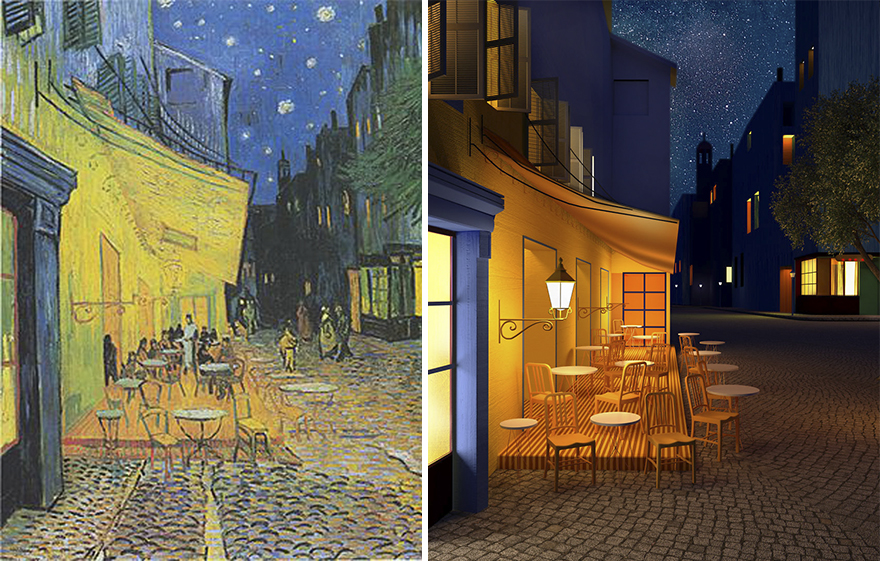 According to Yulia Pidlubnyak: “Hello, my name is Yulia Pidlubnyak, I’m from ymage works. Inspired by iconic paintings, I re-ymagined them in 3D world, focusing on architectural forms, textures, and light. I left people out from these paintings to show what lies further, which is at first unnoticed to our eye.” 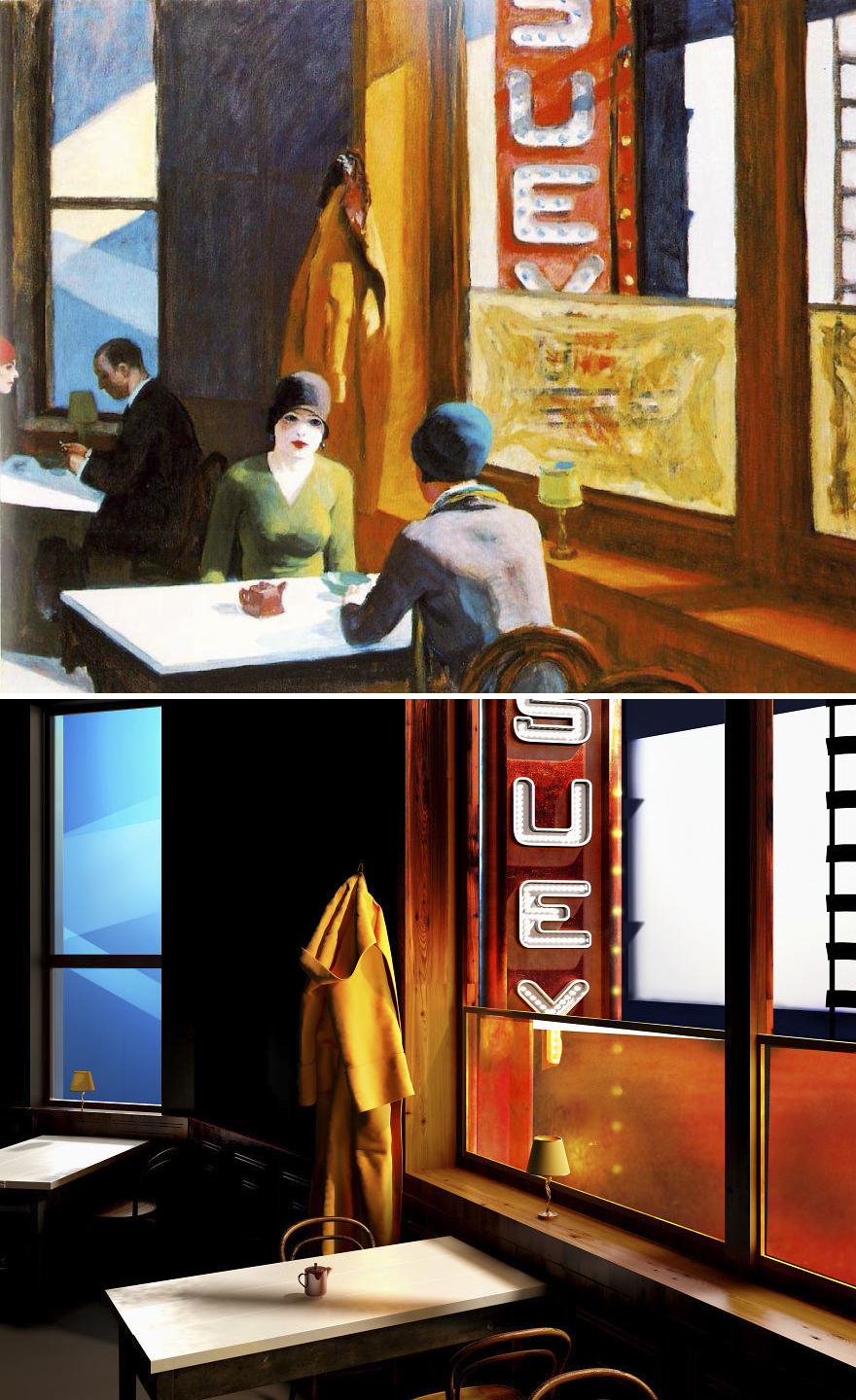 “Out of these paintings I reimagined, my personal favorite is Chop Suey by Edward Hopper. I think that one turned out well capturing the light and the mood. Also, the composition of the image without the people works well.

Some of the images, for instance, the American Gothic, look completely different from the original painting. And that is expected since people are the main subject in that painting. Chop Suey, however, still is a captivating image, even without the people in it.”

Empire Of Light By Rene Magritte 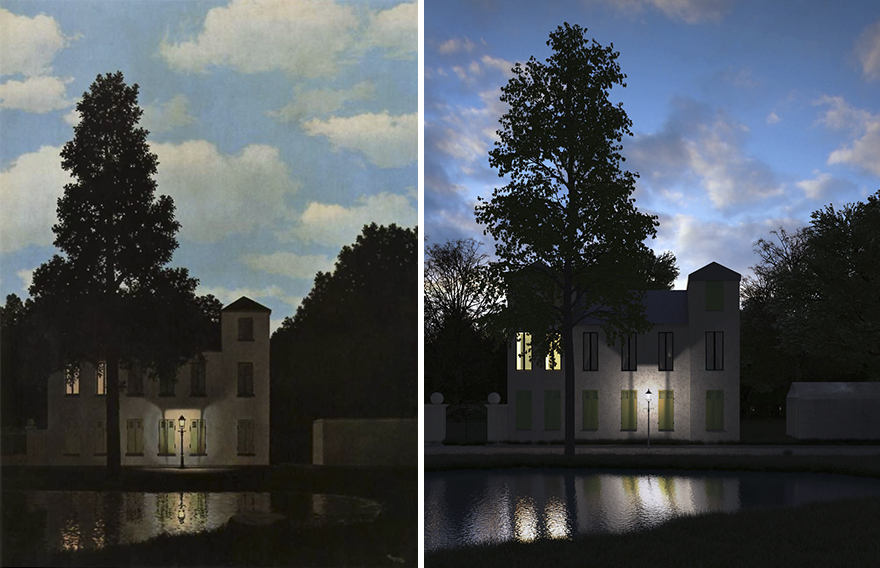 “I’d say my process is very similar to a 3D artist’s approach to their work. Model, add light, and apply texture. Something that stands out is that I do my research and 3D work parallel to each other. When I learn and find something new, I test it immediately.” 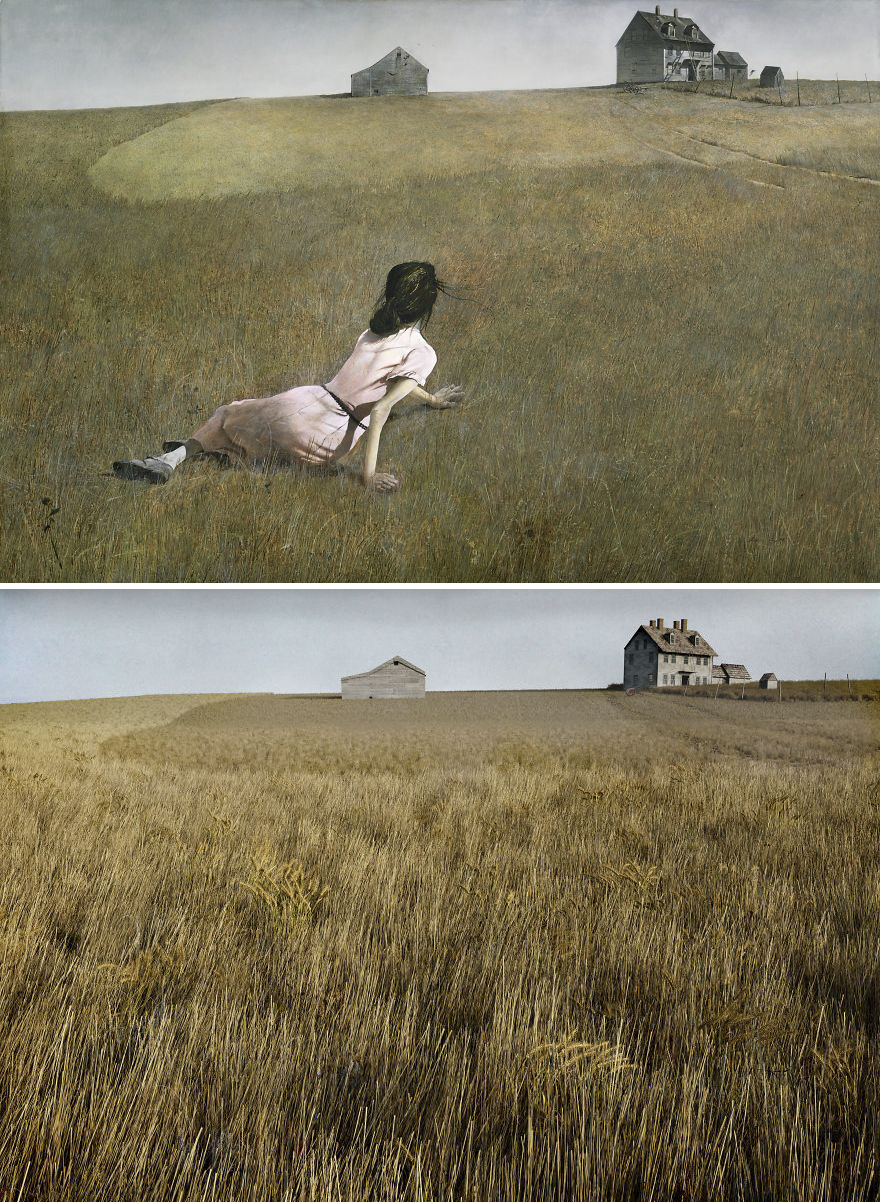 “Making one of these images took somewhere between 10-20 hours. The complexity of architecture and details added time to modeling. For instance, Paris Street; Rainy Day by Gustave Caillebote was the most time-consuming to model.”

The Dessert: Harmony In Red By Henri Matisse 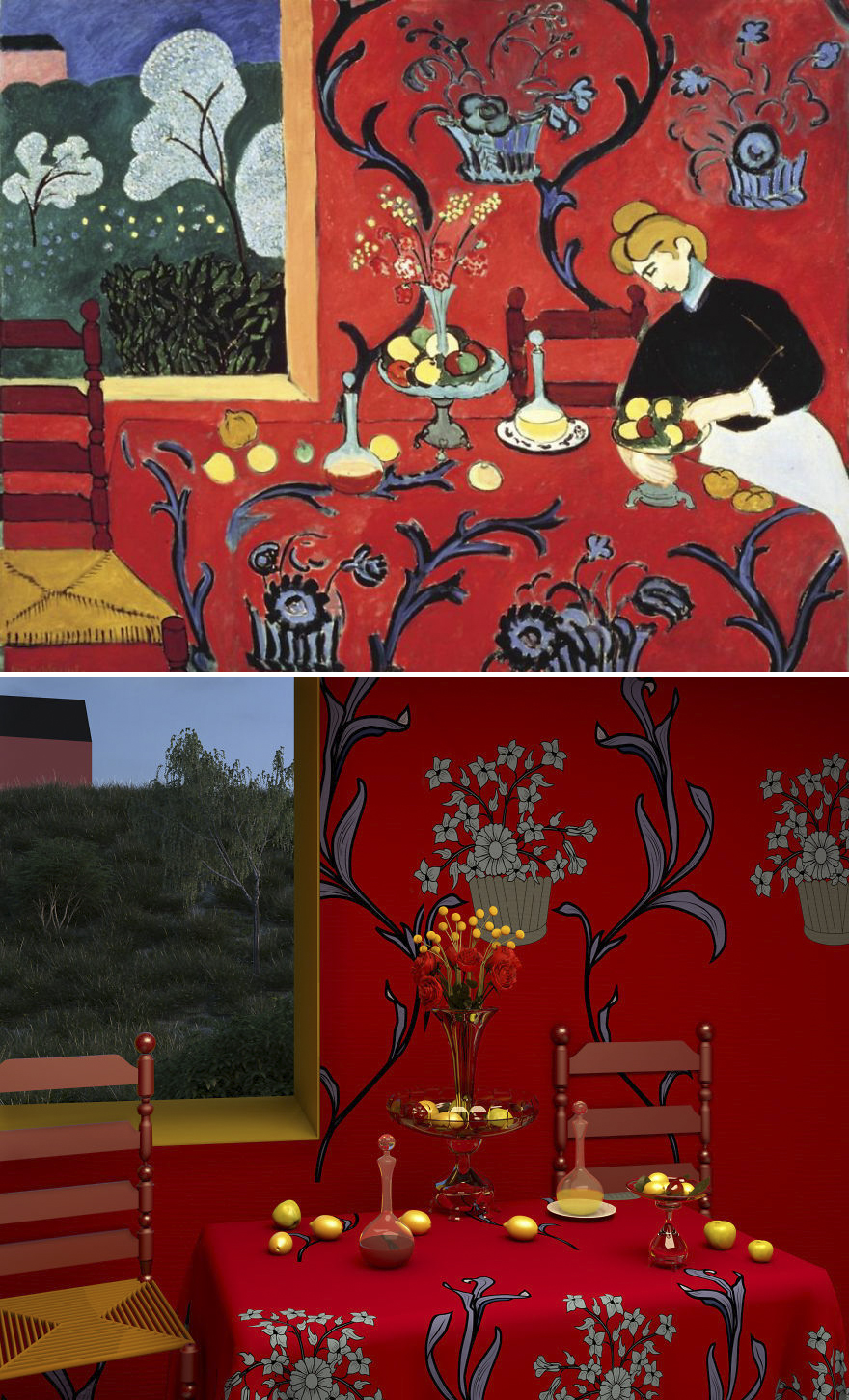 “As with many artists, creative block happens quite often. Sometimes creating an image becomes very frustrating because it just doesn’t turn out to be how I pictured it in my head. To resolve it, I often look at work sketches of any famous artist. We are so used to seeing their final work that we forget that everyone starts somewhere. So seeing someone else work out a creative block problem is the biggest boost.” 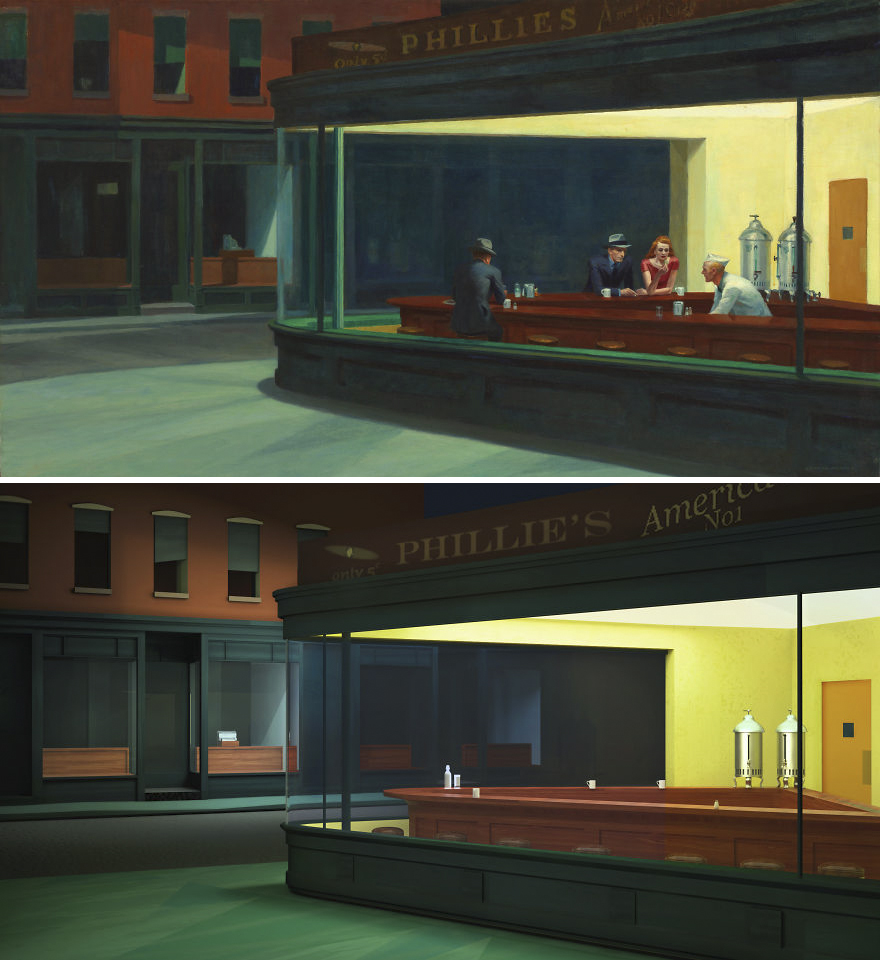 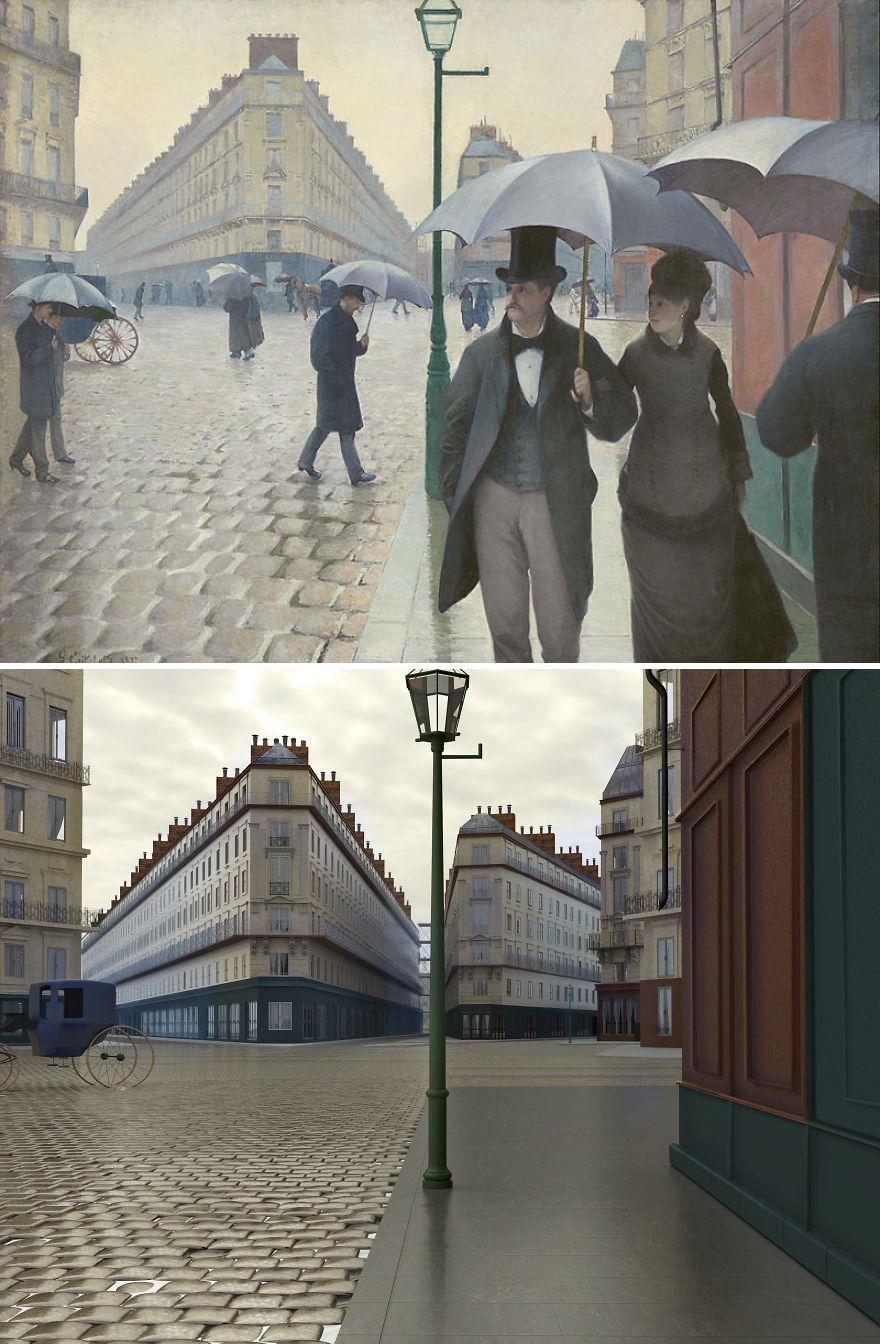 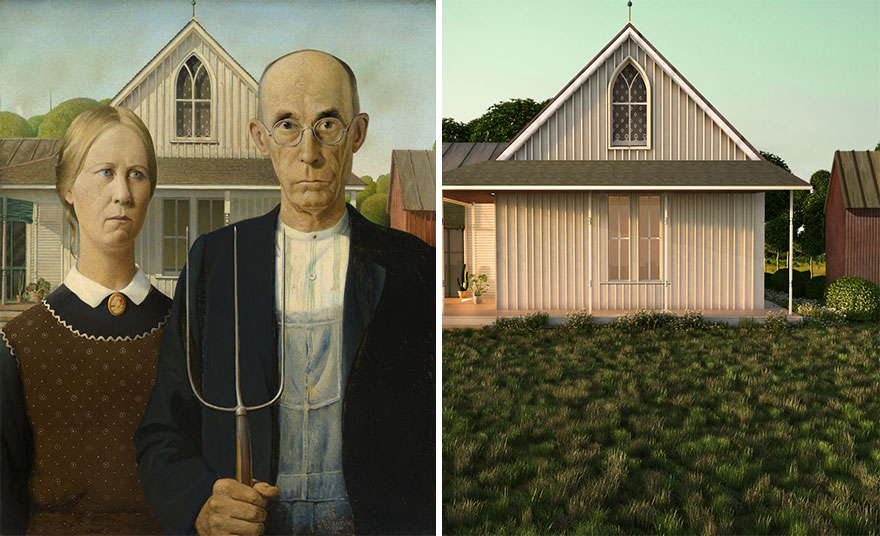