This Guy Was Really Annoyed By All The Garbage In His Town. So This Is What He Did…

Tommy Klein, from the Netherlands, loves to ride his bike. One time, he became disappointed by the state of the river bank in his town. No one seemed to have any intention of clearing up the huge amount of garbage that had piled up there. So he decided to deal with the problem on his own. Every morning he would get up thirty minutes early in order to go fill up one bag of waste. Tommy put up a few photos on Facebook and in turn, 180 people came to his aid.

This is his story.

“Every day I go for a ride on my bike. I like this place — if you don’t count the garbage. The whole of the embankment is covered in waste from people who’ve had picnics there.” 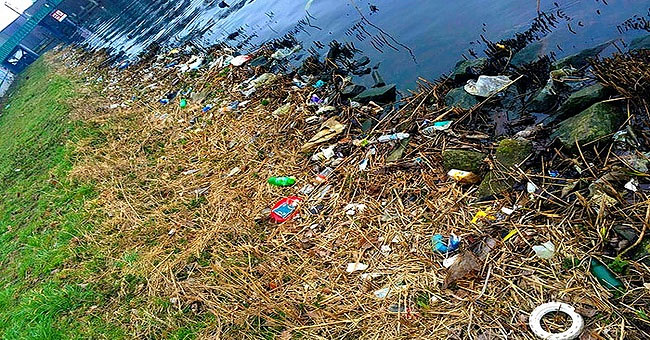 “One time I became so tired of looking at it, I decided to deal with the problem myself.” 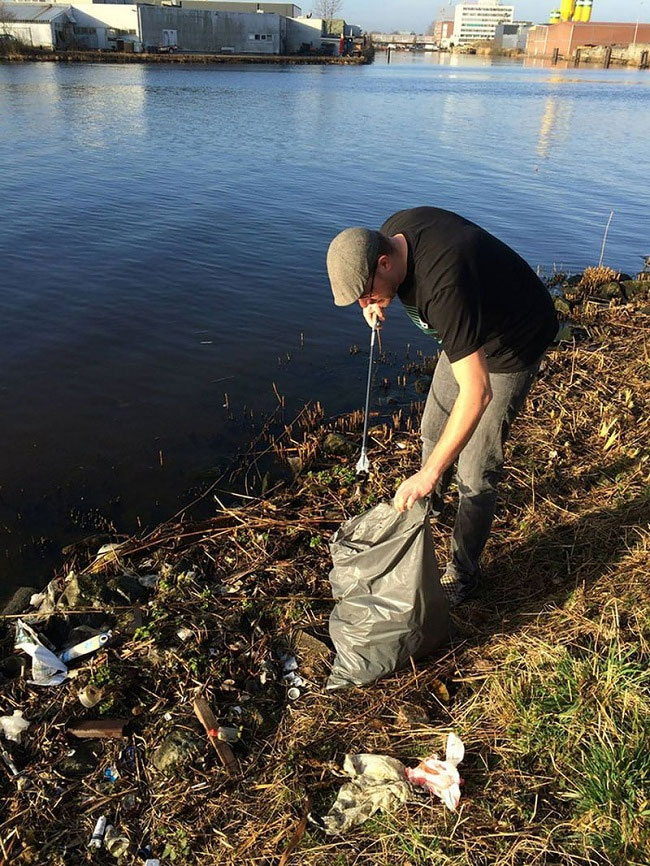 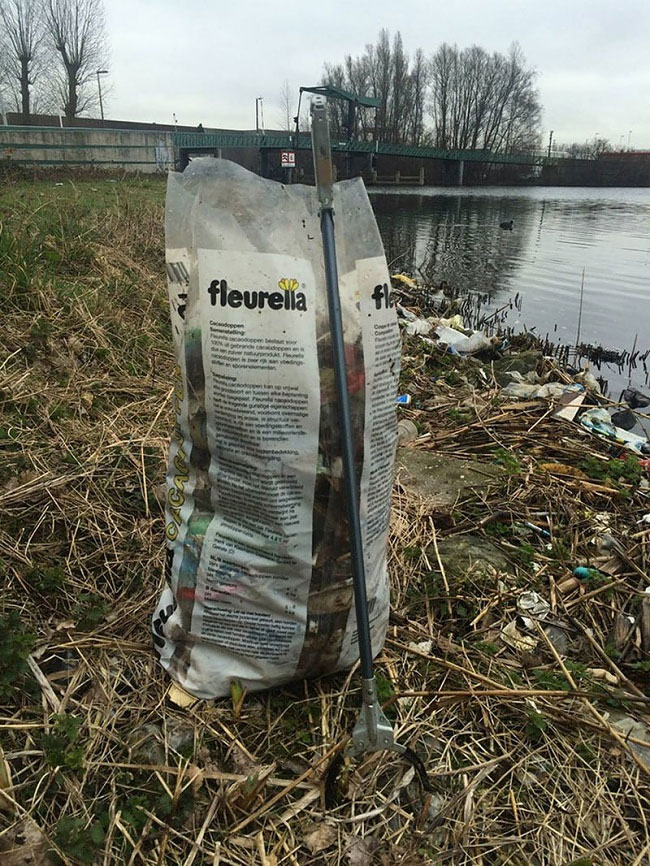 “But one bag didn’t solve the problem. So I promised myself that I would fill up a bag every day.” 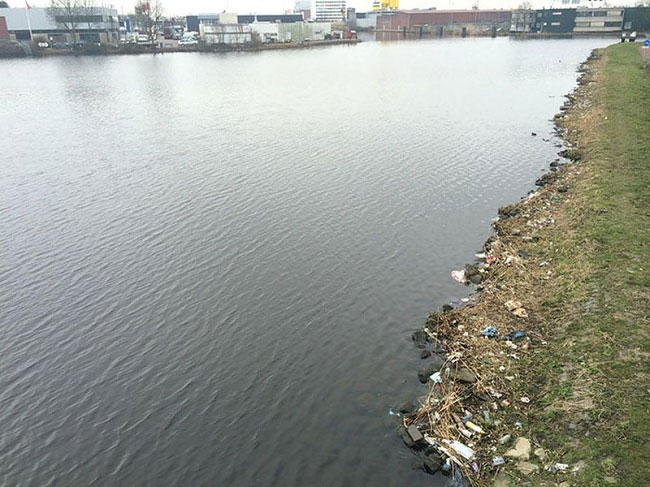 “In a week I’d gathered 20 bags, and one part of the river bank was completely transformed.” 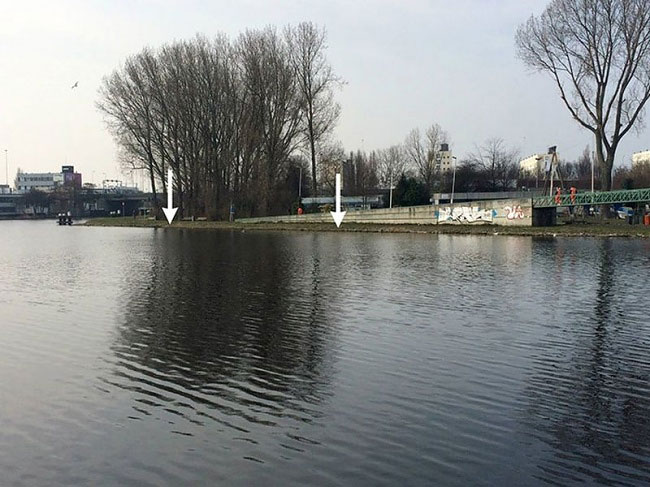 “I told my friends about it on Facebook, and they told theirs. Soon I’d found 180 people from my town who wanted to help me clean up the river bank.” 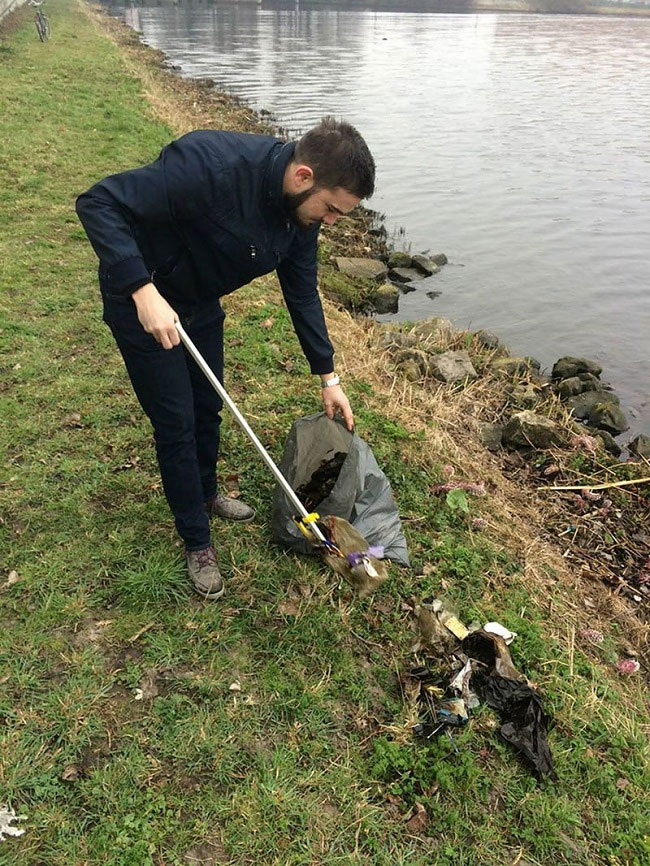 This is what I’d told them: “All it takes is 30 minutes, and you’ll be surprised how good you feel afterwards. Because it’s very important.” 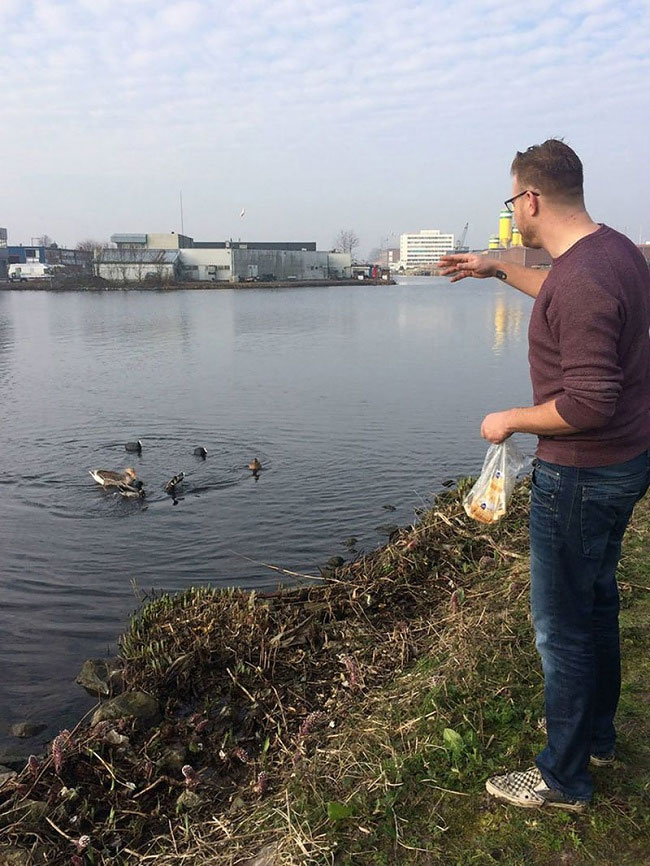 “Here’s the last bag of garbage.” 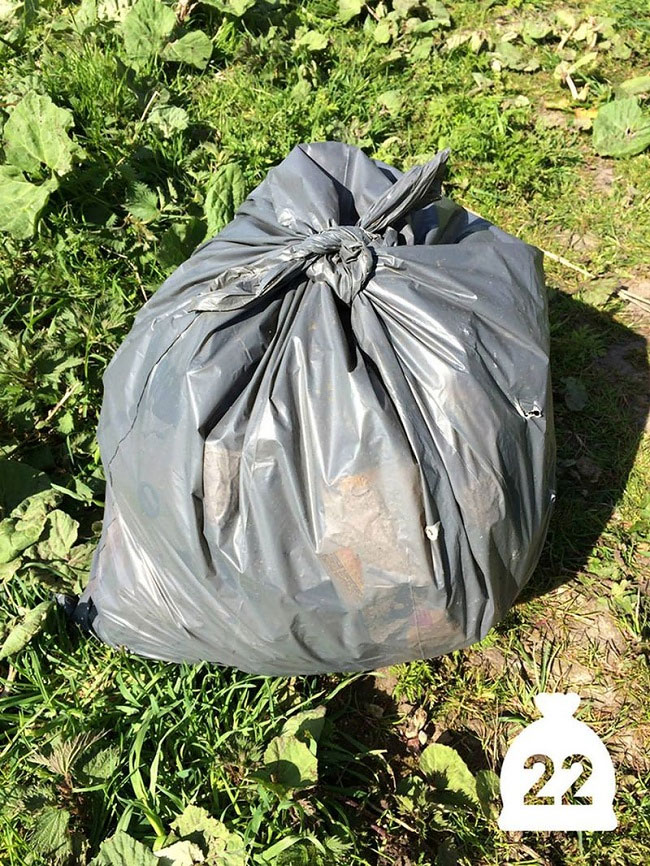 “I wanted to convey to everyone the simple idea that gathering up even just one bag of garbage a day can help.” 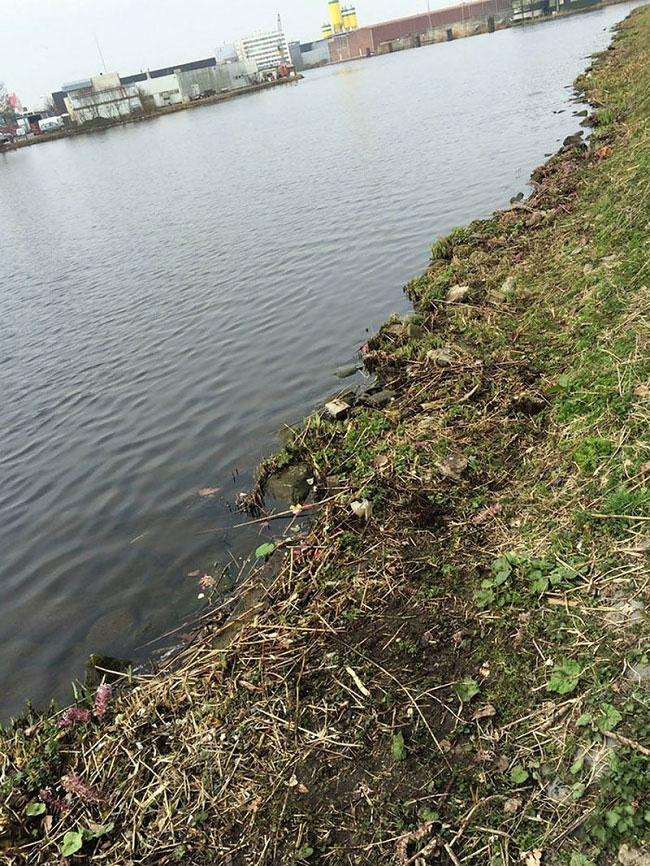 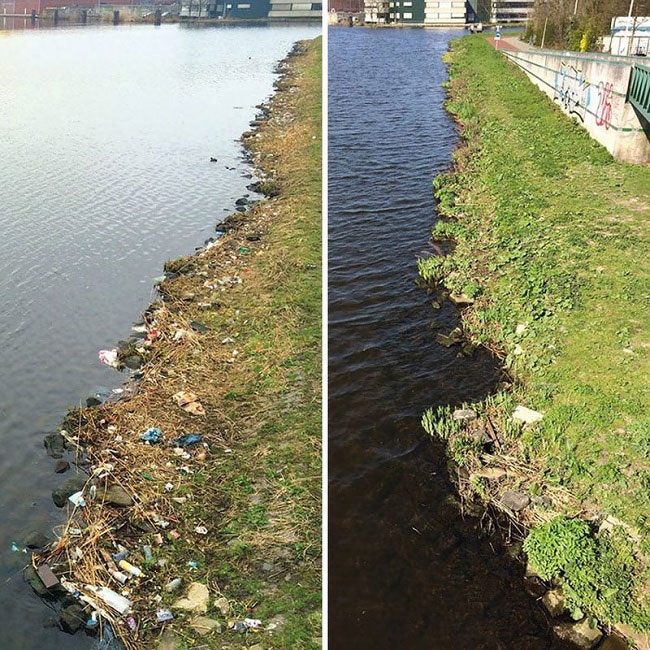 “After the area had been completely cleaned up, this bird made a nest for itself there.” 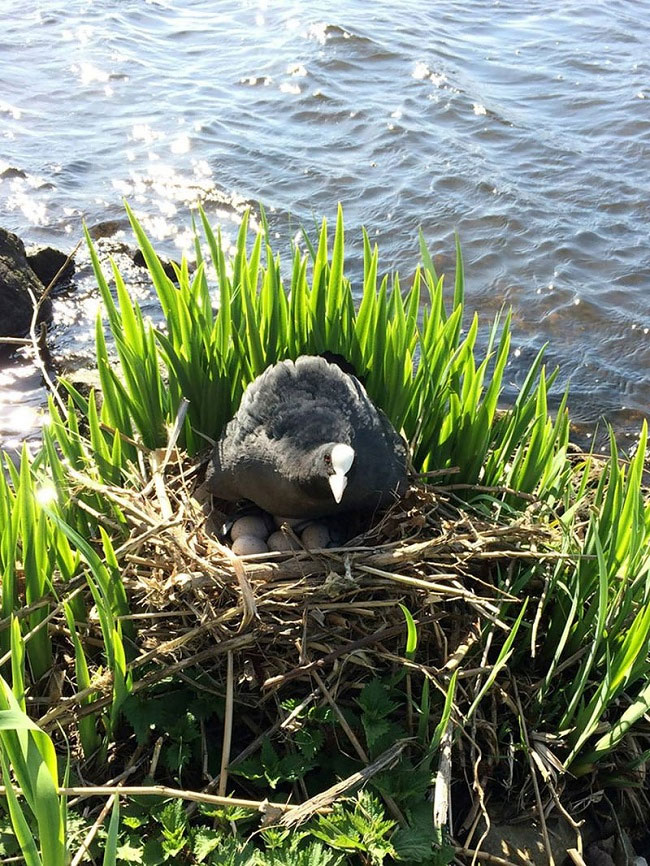 We’ve all seen the dirt on our streets, in our parks and forests, and around our river banks. It all starts with you — don’t drop litter or wait for someone else to pick it up. Instead, follow this guy’s example. He did great!
h/t: brightside

Awesome and Free Birdy Twitter Icons
Procedural Art and Mixed Reality Experiments by Michael Kozlowski
Gorgeous Illustrations From Prentzinger’s Celestial Atlas,1851
"Lamb Of Future": Cyberpunk Noire Fashion Collages By Alexander Berdin-Lazursky
Artist Illustrated 25 Bad Puns To Brighten Your Day
A Collection Of Nightmarish Vintage Halloween Photos From The 1930s
Polish Artist Designs Shoсking Ads Of Major Companies That Show The Harsh Reality
Parodies of “Deep” Melodramatic Instagram Captions
The Many Faces of Cyberpunk: 3D Worlds of Sarper Baran
"Reality Called. I Hang Up": Hilariously Offensive Greeting Cards by Bluntcard
Digital Loveliness
Chris Woodhead Has Found A Way To Cope With The Coronavirus Pandemic: A New Tattoo On His Own Body For Every Day Of The Lockdown
Bizarre Scotch Tape Portraits By Wes Naman
Street Artist Creates New Pieces Of Art On Icebergs In North America
Mad Dog Jones: At the Forefront of the Art World’s Digital Revolution
Street Artist Pays Homage To Pop Icons With Giant Murals
What’s Wrong With Today’s Society Captured In 32 Brutally Honest Illustrations By John Holcroft
Why is Your Millenial Crying? A Guide for Parents.
Ukrainian Illustrator Daria Skrybchenko's Magical Artworks That Tell Intriguing Stories
This Artist Creates Dazzling Realistic Portraits Of Pictures In Pictures
This Artist Illustrated Her Everyday Problems With Relatable Comics
Fumetti: The Collection of Finest Examples of Sleazy Lowbrow Art the World Has Ever Known
Retro And Futuristic Illustrations By James Gilleard
The World’s Greatest Gallery of Seductive Radishes
The Zodiac Became Stunningly Hot After This Artist Put Her Hand To It
Kids Will Be Kids! James Nathaniel Likes To Turn People Into Children By Making Their Heads Bigger.
Adidas Originals: Lakeside Stories
Our Dystopian Future in Dark Cyberpunk Artworks of Nagafujiriku
Trees Grow From Bricks And A Storefront On The Streets Of New York
Illustrator Repaints Cartoon Characters In Her Unique Style, And They Look Better Than Original
annoyed, garbage, really