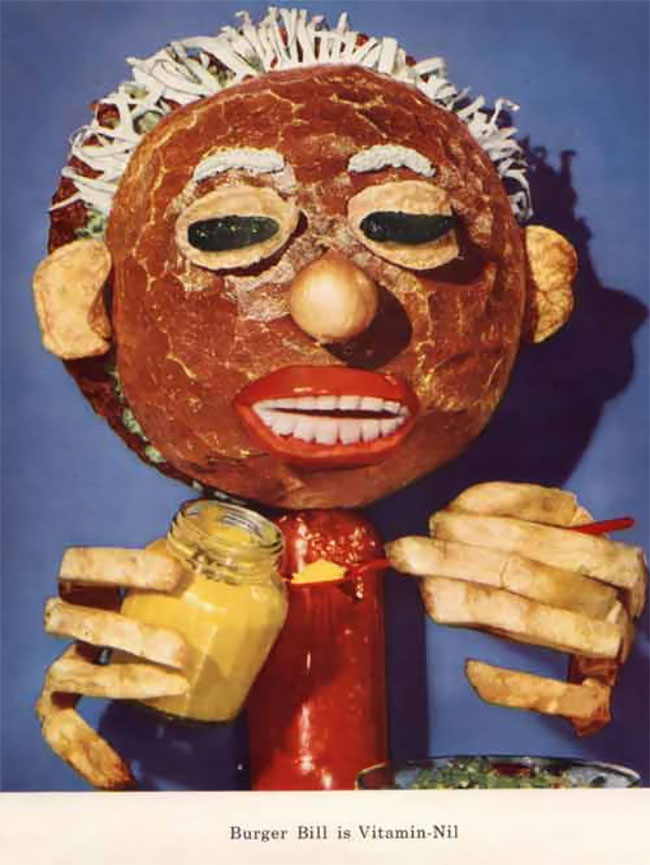 Also they were glimpses into the hideous, ironic permutations that awaits people who have inaccurate vitamin consumption habits. Steel yourself – and keep in mind these are designed to hang in doctor’s offices and make patients WANT Dayalets. Most people would want something else, like an exorcism. 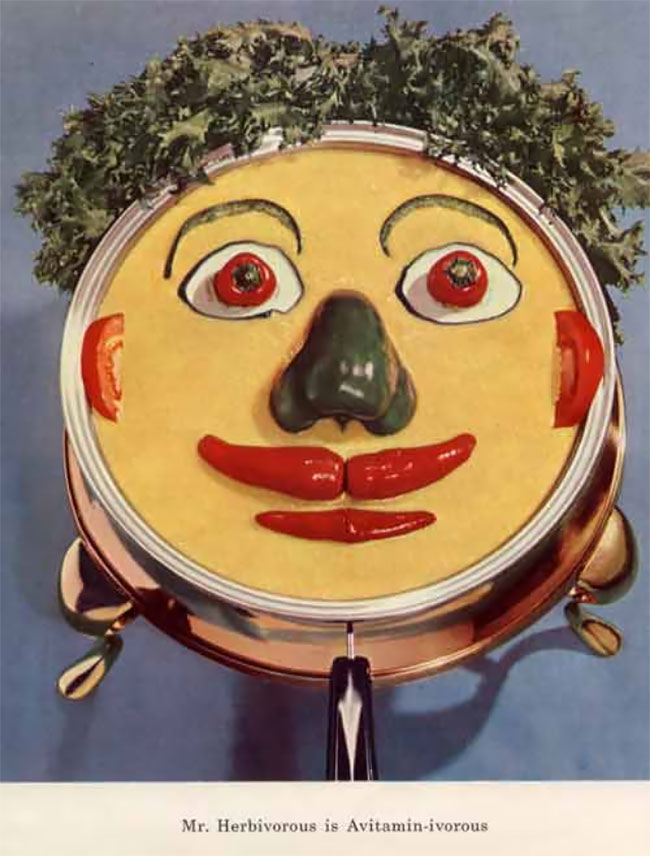 In the 1950s, Abbott Labs used food, candy and cigarettes to create a series of horrifying advertising mascots. They designed the advertisements to be hung in doctors’ offices and inspire patients to take Dayalets. Dayalets, aka “the people’s medicine,” were thought to right all the wrongs of a meat-and-potatoes diet and heavy nicotine regimen, as was popular at the time. 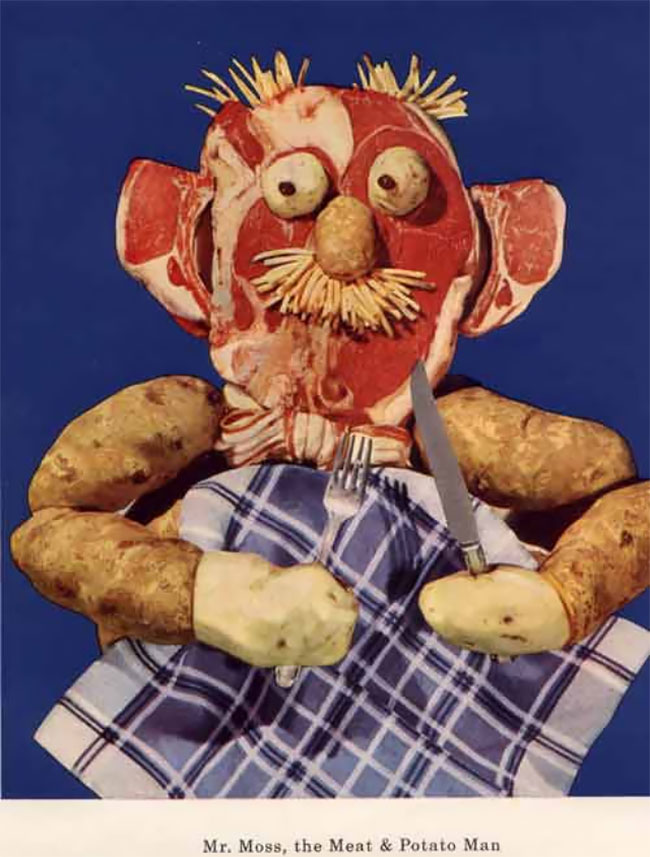 Sometime thereafter, Abbott Labs published the color reproductions “suitable for framing.” They were presented in response to the many requests they have received from physician since these advertisements first appeared in Abbott advertising. 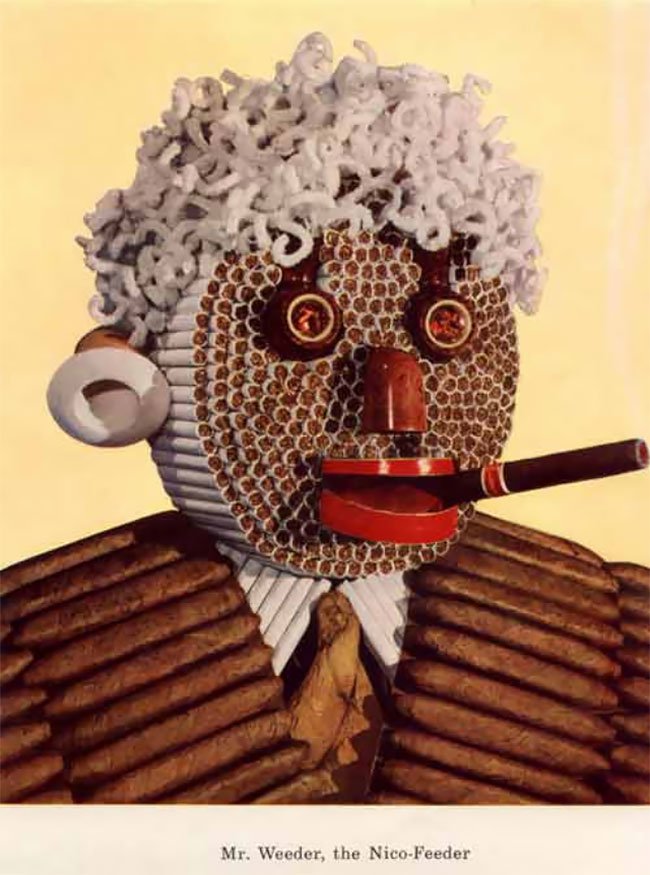 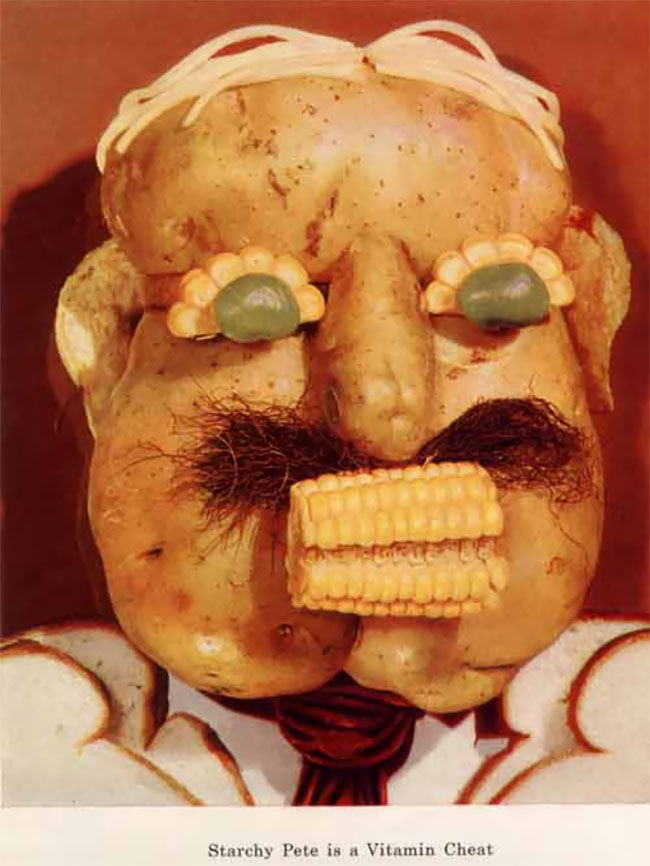 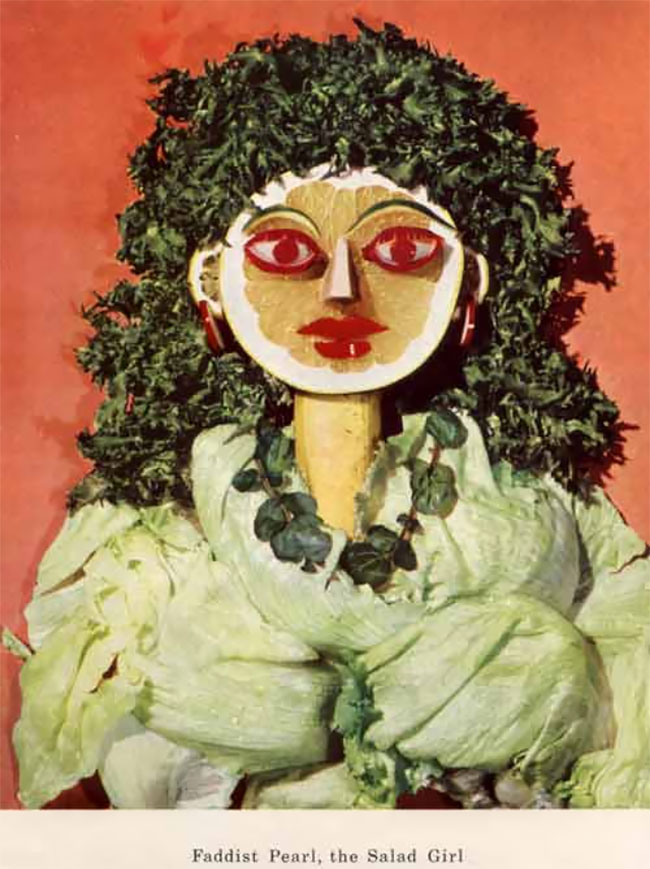 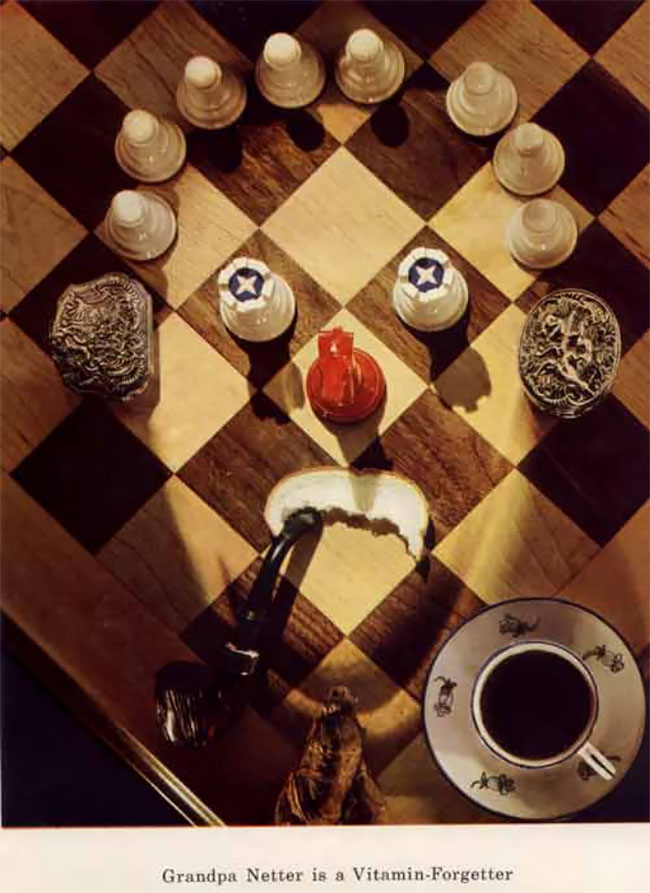 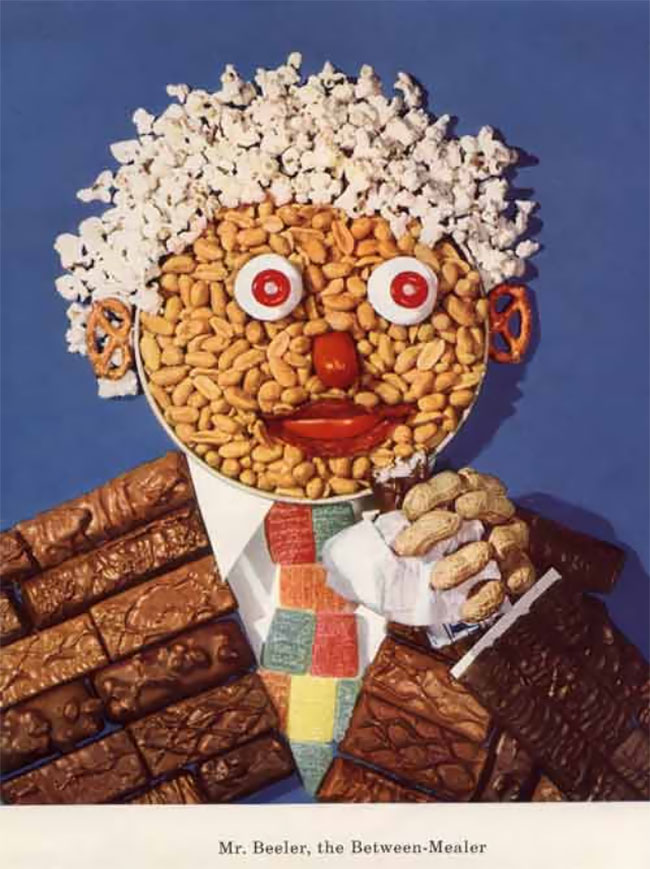 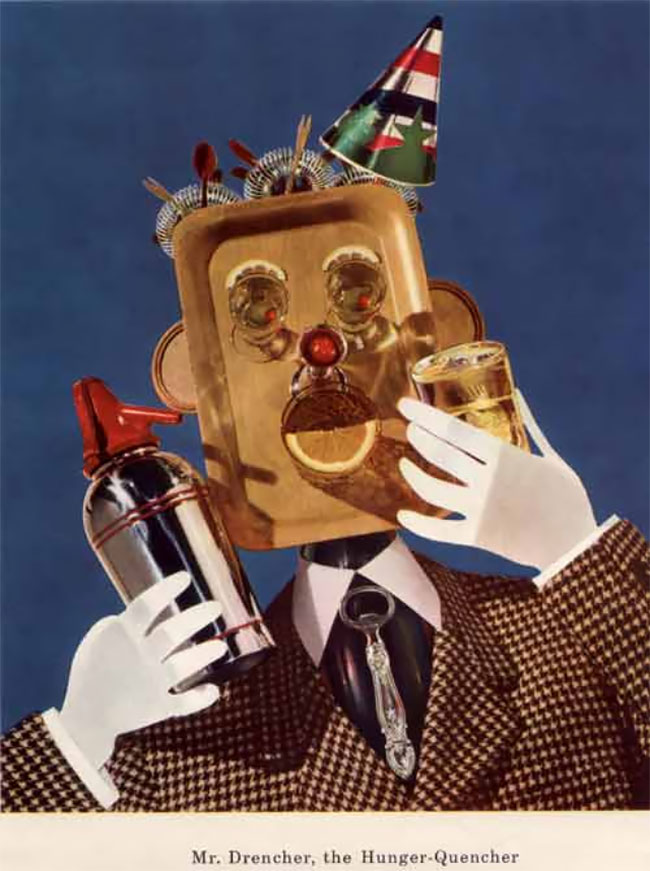 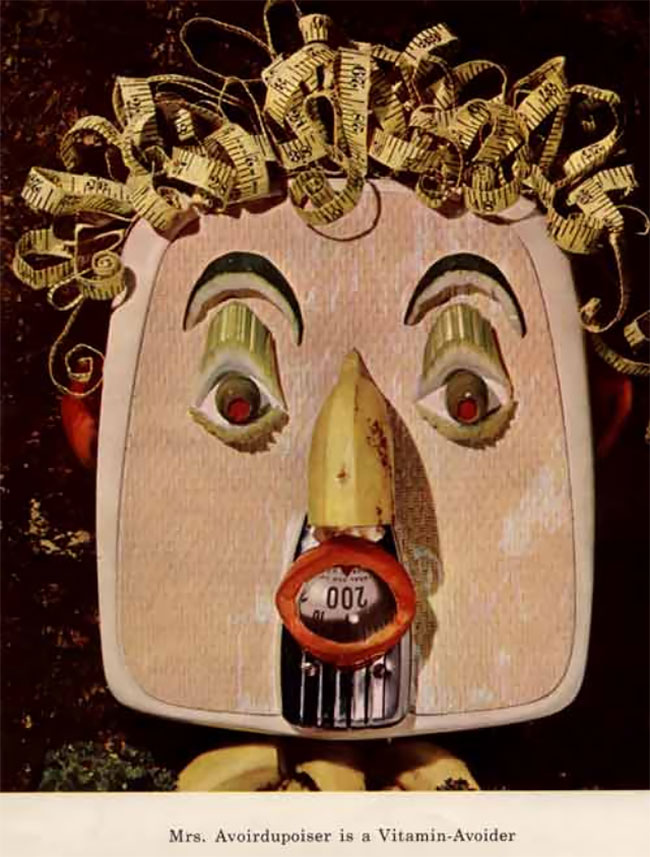 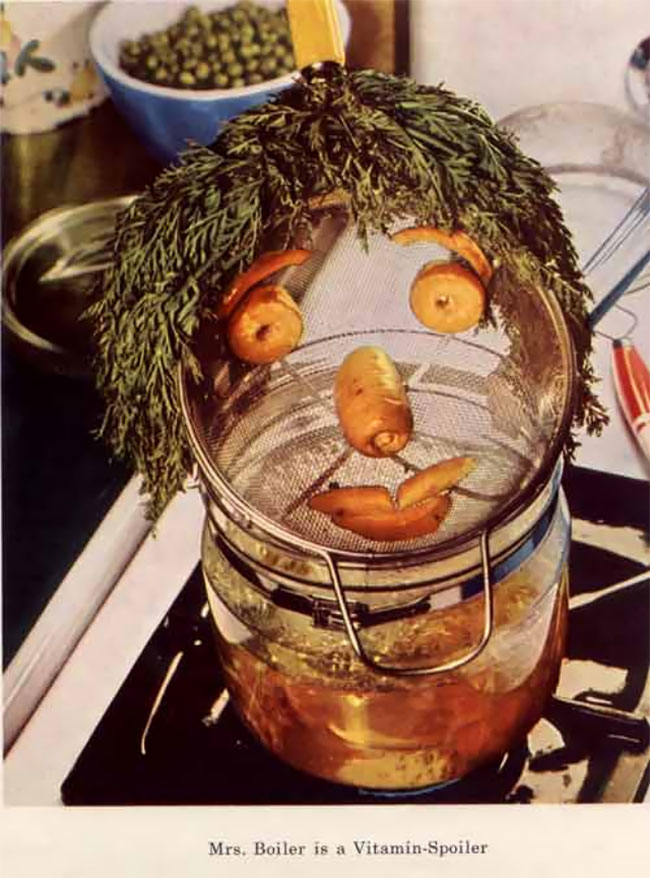 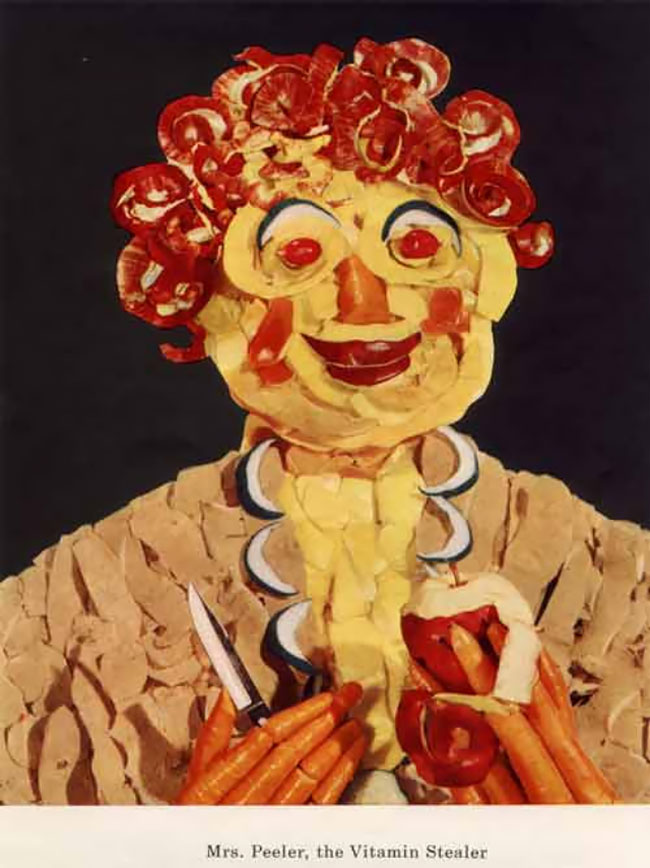 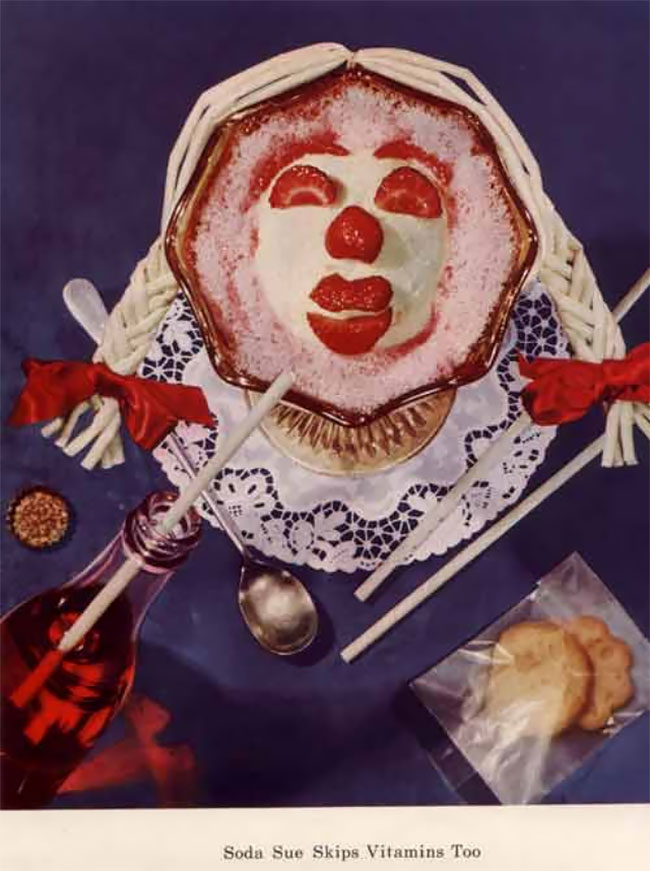 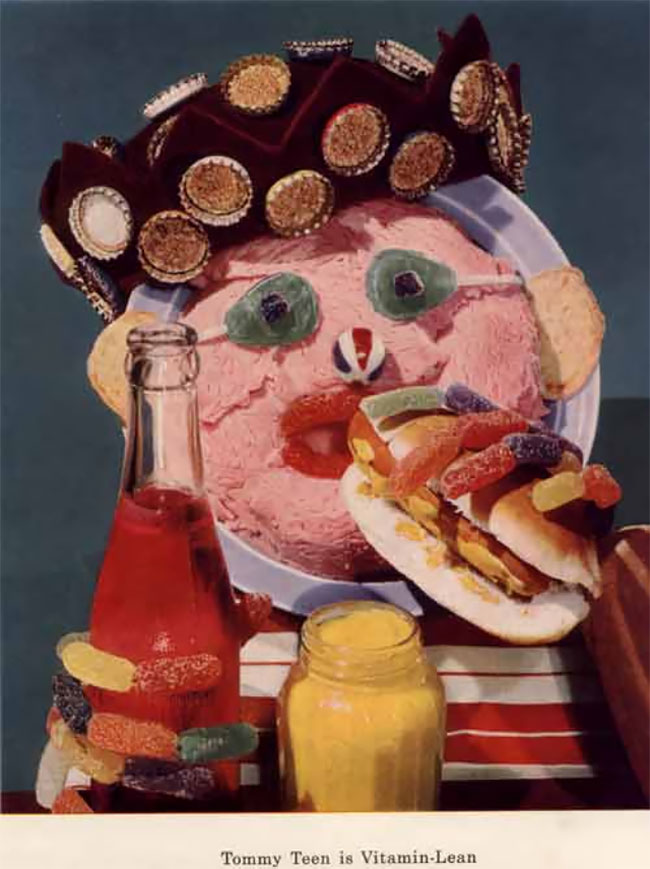 This Guy Has Built A Hobbit House In His Backyard
Amazing Photos Of “Luxurious” Lada Stretched Limousines
Stunning Jaguar F-Pace Camouflage
Artist Janet Echelman Installed A Voluminous Sculpture Floating Above The Streets Of London
Candid Photographs of Canadian Teenage Girls in the 1940s
After Watching Chernobyl, Couple Decided To Design Their Apartment In Soviet Style And Listed It In On Airbnb
A $49 Milllion Miniature Megacity Being Recreated In A 49,000-Square-Foot Exhibit Space In NYC
"The End Begun": Superb Sculptures From The Outworld By Kenny Carmody
The Spectacular World's Fair Exposition Universelle in Rare Pictures, 1899
The Innovative Minimalist Earrings By The Designer Otis Jaxon
2007 ‒ 2023 by Design You Trust. Proudly hosted by WebHostingBuzz.
Privacy Policy · Terms of Service · Content Removal Policy ❤️ 🇺🇦