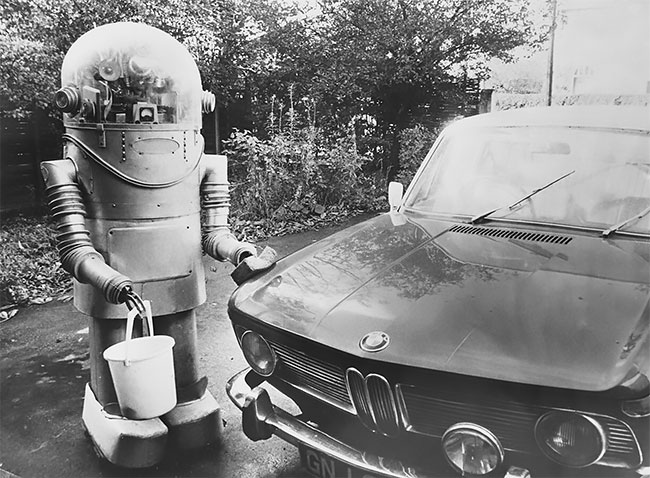 In 1966, inventor David Weston from Yorkshire brought to life his creation: a remote-controlled robot named Tinker. This metal friend was capable of performing various tasks such as washing cars, taking babies for walks, going on shopping trips, and even weeding gardens. However, there was a catch – all of these tasks could only be done within 200 meters of David’s garage, where he controlled the robot through a control panel. 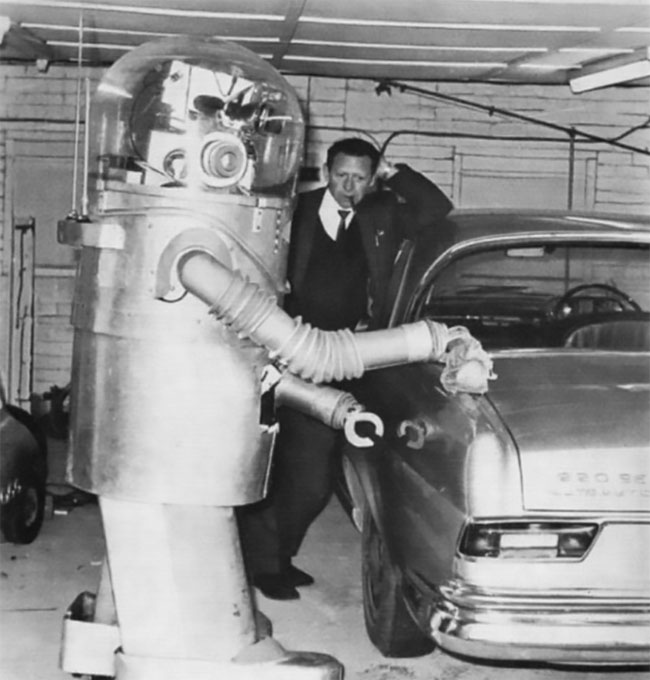 Tinker was equipped with 120 electronic motors, a zoom-TV camera, a memory, and 29 channels for receiving signals. This allowed Weston to keep an eye on the robot as it went about its tasks, thanks to a television camera installed in the roof. 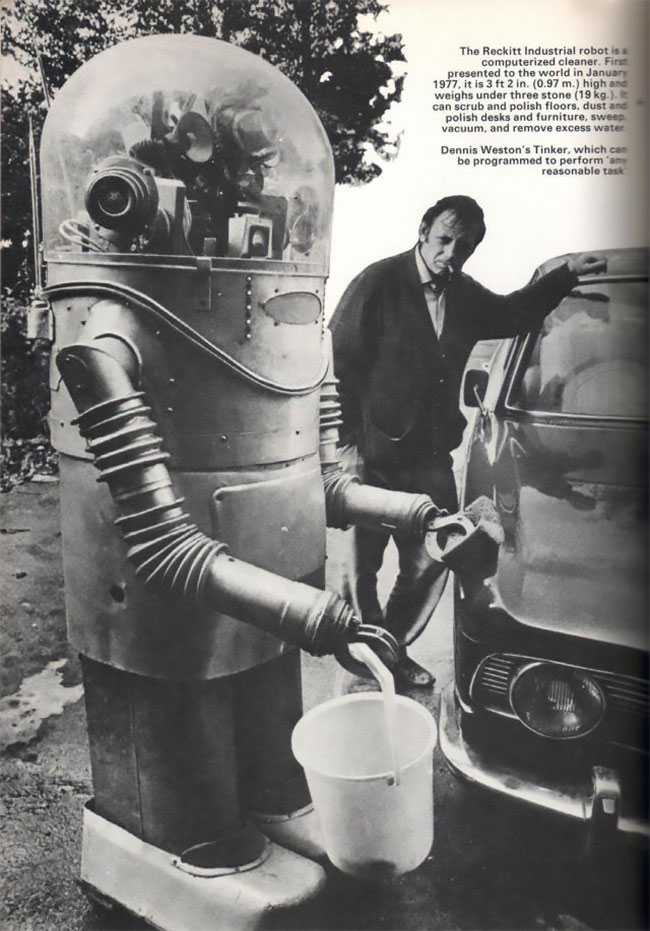 Unfortunately, due to lack of space at David’s home, Tinker was eventually passed on to a family friend, Brian, in 1974. Brian owned a shop called Leeds Radio during the 1960s and 1970s, where he sold army surplus radio equipment. Unfortunately, it is likely that Tinker met the same fate as most of the gear that went through Brian’s shop – being stripped down and sold off as spare parts. 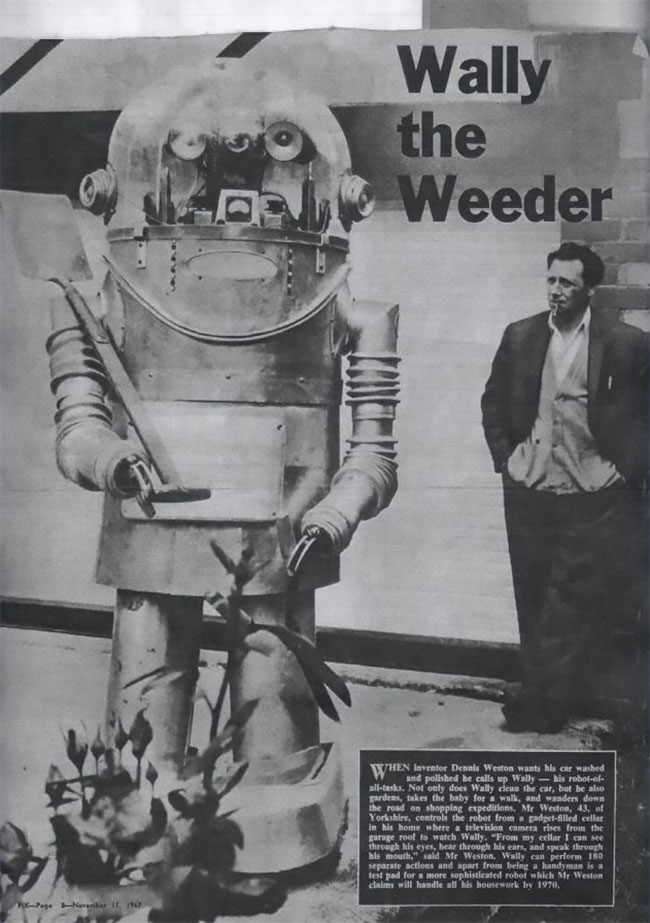 David Weston, who passed away at the age of 71 in 1995, had many “inventions” throughout his lifetime, many of which were just scribbled ideas on cigar packets. Sadly, Tinker was just one of many that were never fully realized. 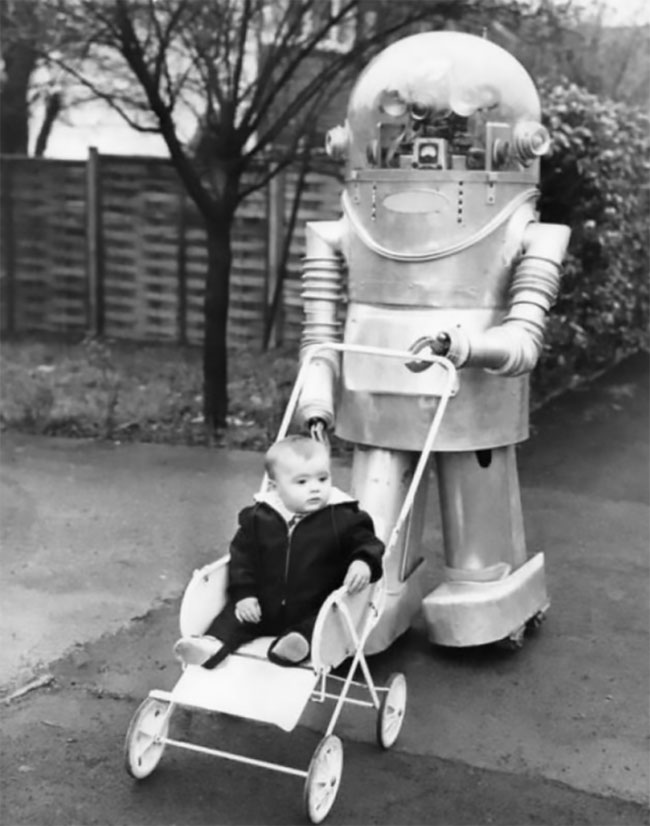 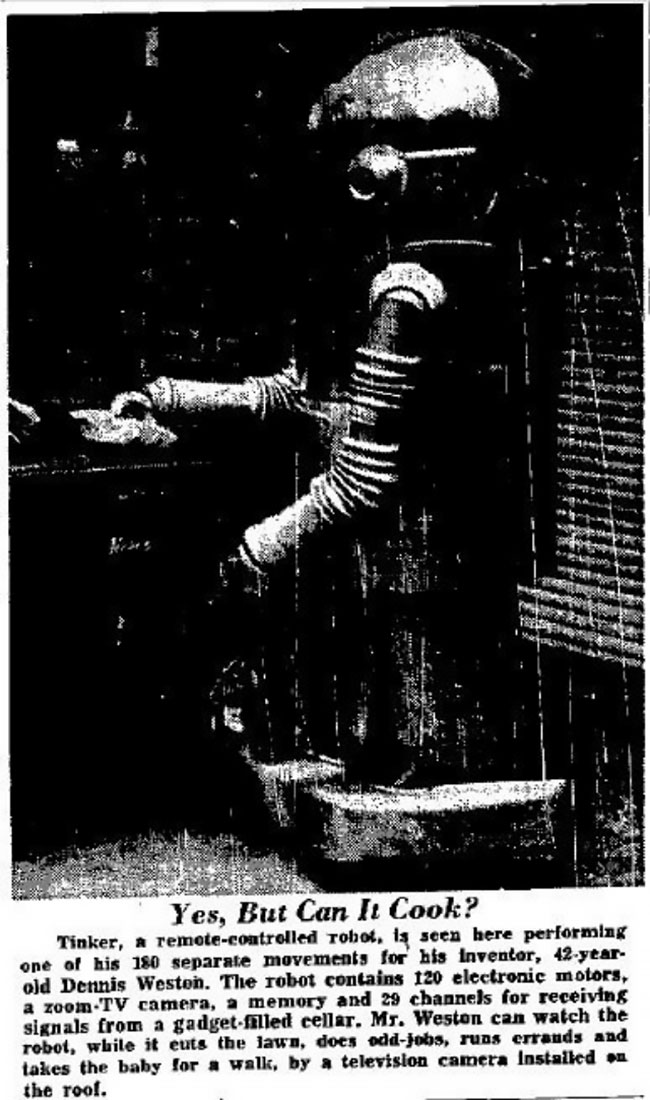 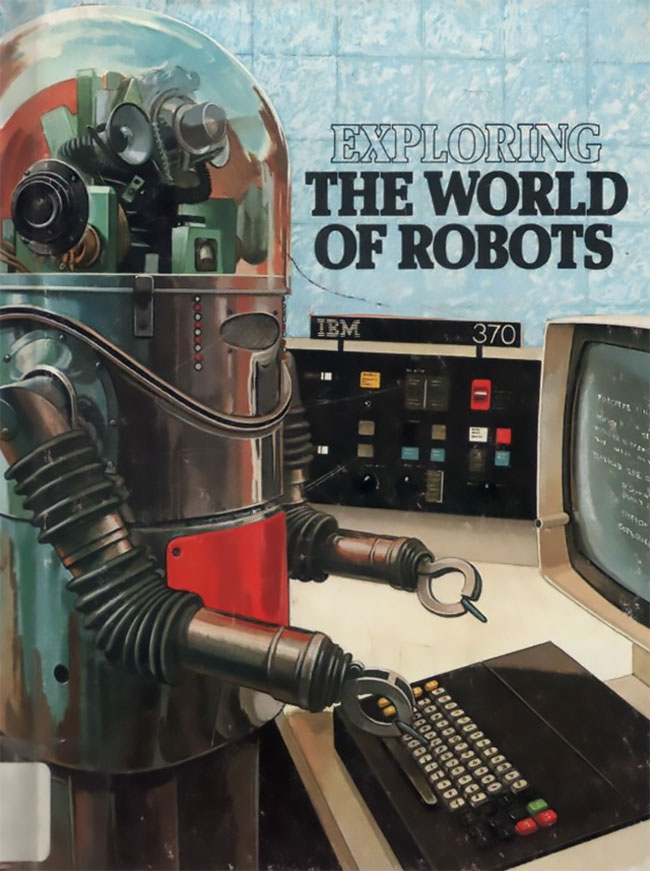 1977 Pontiac Phantom, the Last Car Designed by Bill Mitchell, One of the Automobile Industry’s Best Known Designers
These Vintage Photos Of Men At Computers Show We've Come A Long, Long Way
Cool Photos of Boston Girls of the 1970s
In the 1890s The Antikamnia Chemical Company Used Skeletons To Sell Its Killer Cures
Barrett-Jackson Auto Auction: From Zero to Sexy
Couple In Their 80s Celebrate Their 60th Wedding Anniversary With Photos In Original Outfits
These Vintage Romanian Portrait Photographs In Terrible Condition Are Totally Haunting
Cool Snaps Capture People Posing With Signs In The Past
“The East End In Colour”: Rare And Gorgeous Kodachrome Photographs Of London In The 1960s And 1970s
Glamorous Vintage Camper Is Your Midcentury Dream Home On Wheels
2007 ‒ 2023 by Design You Trust. Proudly hosted by WebHostingBuzz.
Privacy Policy · Terms of Service · Content Removal Policy ❤️ 🇺🇦