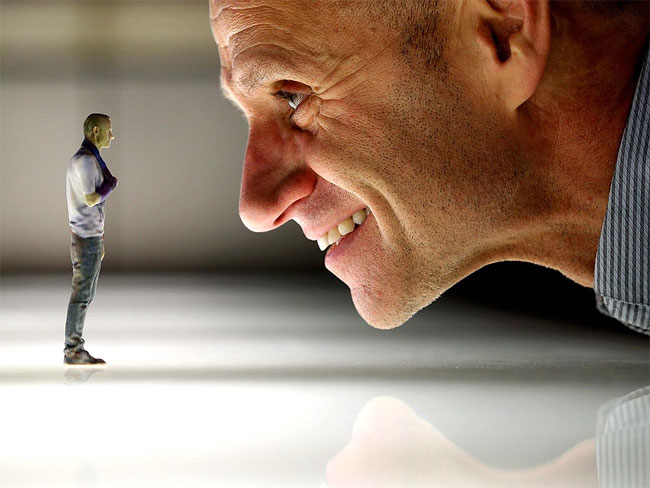 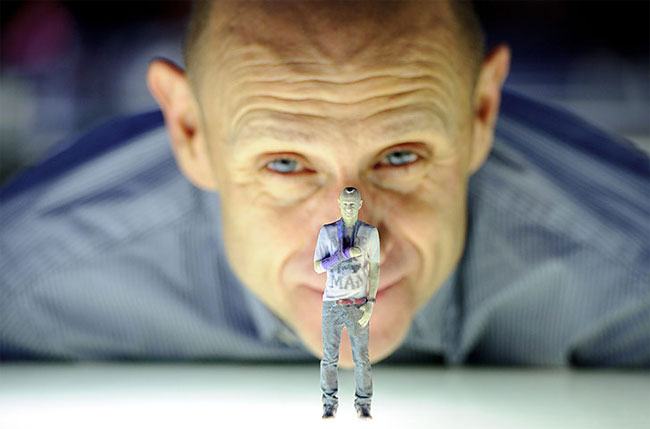 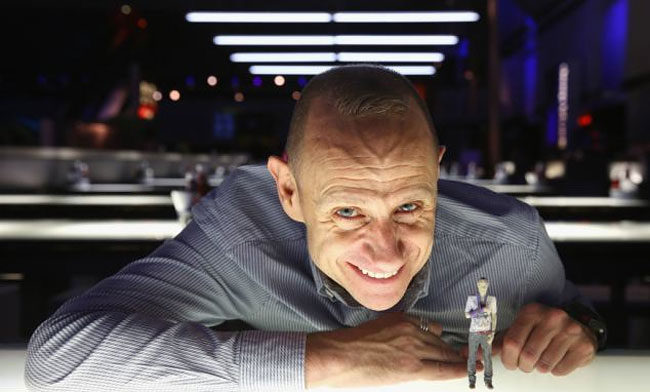 Journalist and presenter Evan Davies poses with a 3D printed model of himself in the exhibition “3D: printing the future” in the Science Museum in London, on Oktober 8, 2013. Davies’ model features his arm in a sling due to him being scanned in August 2013 whilst recovering from a broken wrist. The exhibition features over 600 3D printed objects ranging from replacement organs to artworks, aircraft parts and a handgun. (Oli Scarff/Getty Images) 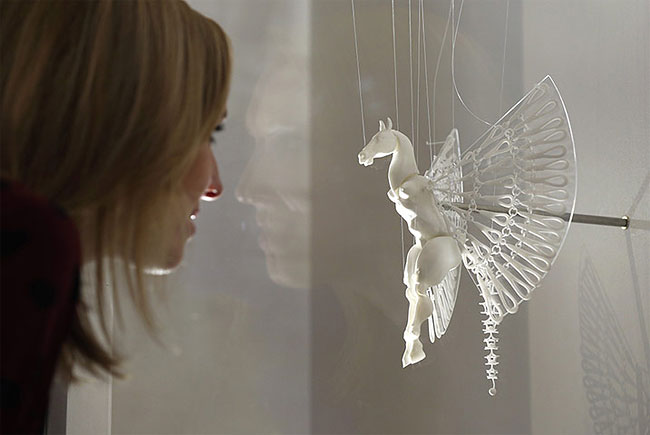 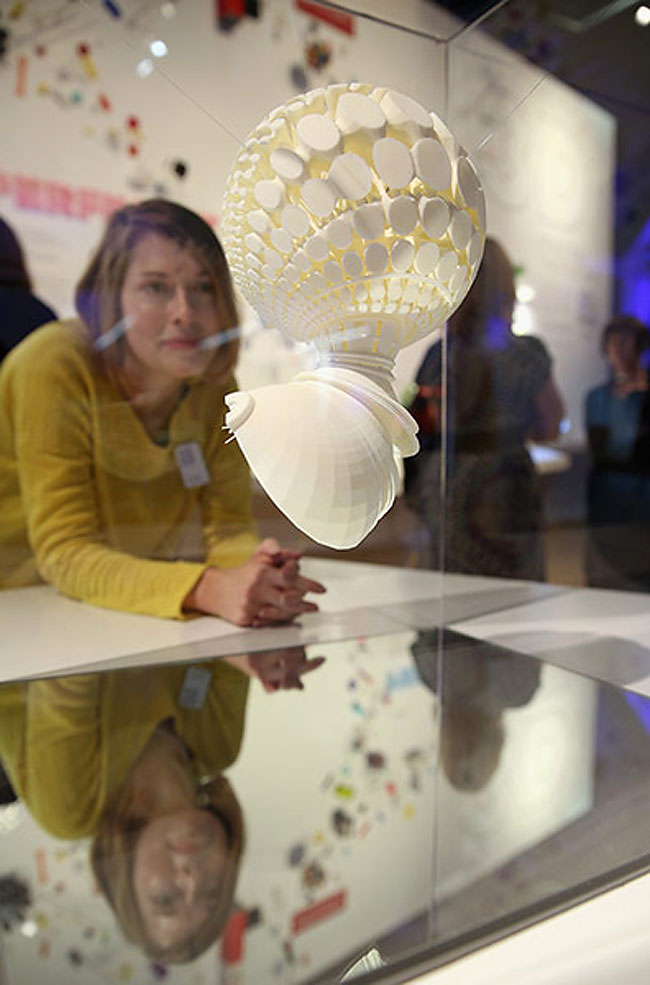 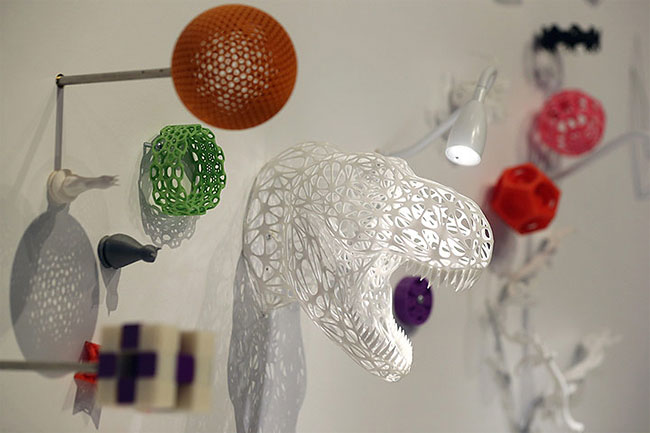 A closeup of some of the 3D-printed objects. (Oli Scarff/Getty Images) 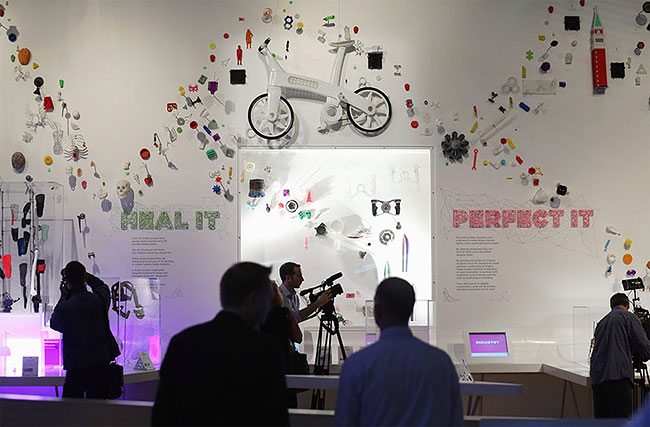 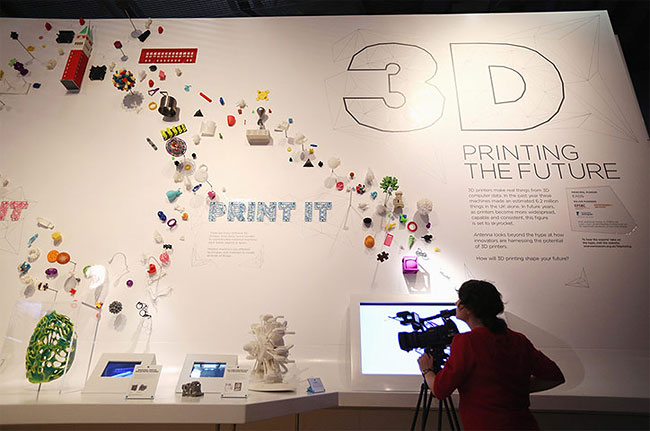 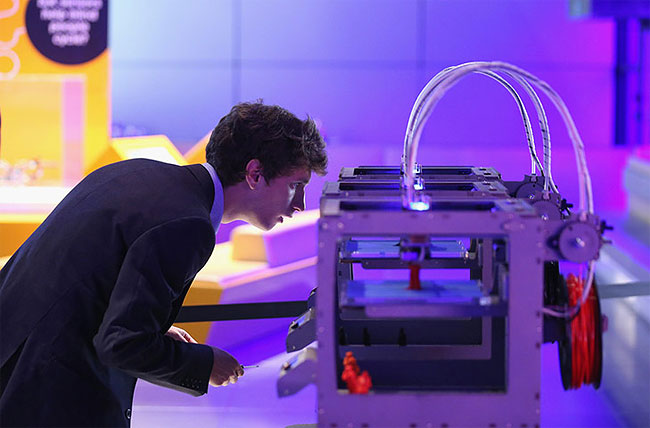 A technician checks a 3D printer as it constructs a figurine. (Oli Scarff/Getty Images) 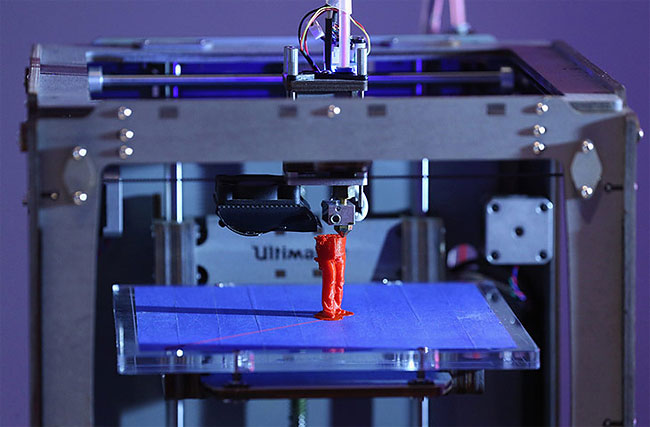 A close-up of the printer in action. (Oli Scarff/Getty Images) 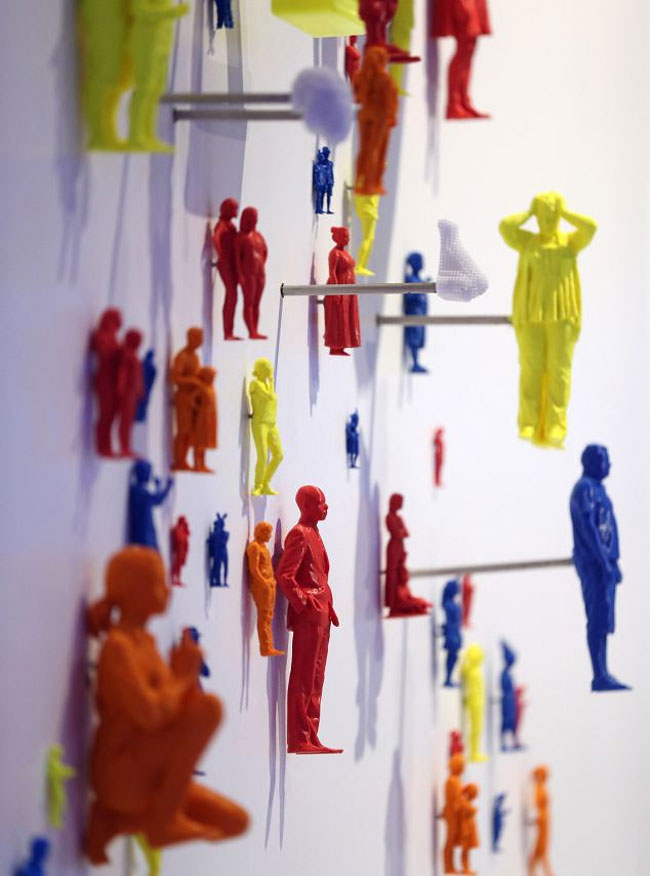 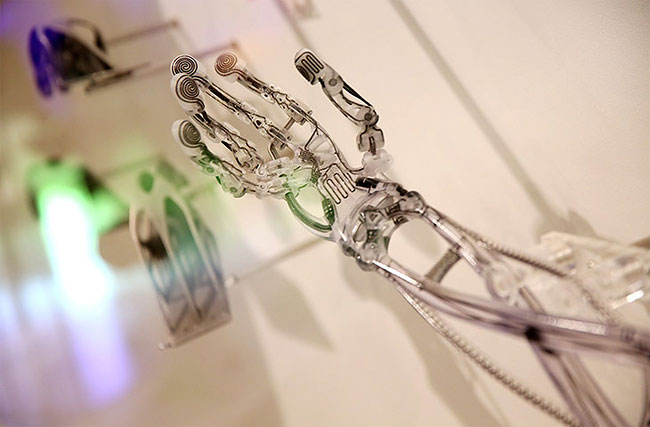 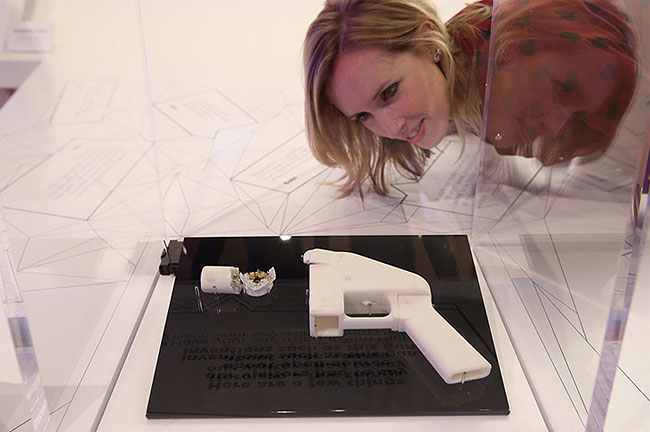 A 3D-printed handgun which was created and fired by Finnish journalist Ville Vaarne. (Oli Scarff/Getty Images) 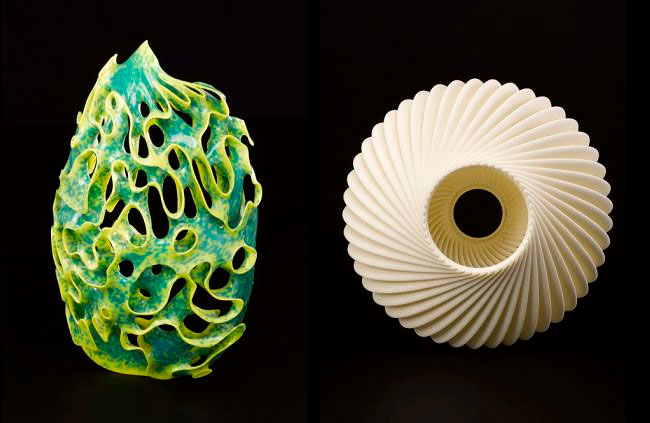 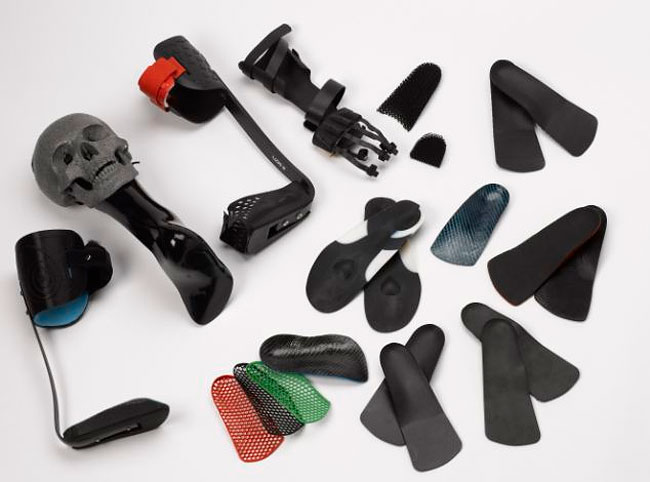 The exhibition will provide a glimpse into a medical future where doctors may be able to use 3D printing technology to create drugs that can be tailored to each patient’s needs. 3D printed ankle, insole foot and hand orthotics are shown in this image. 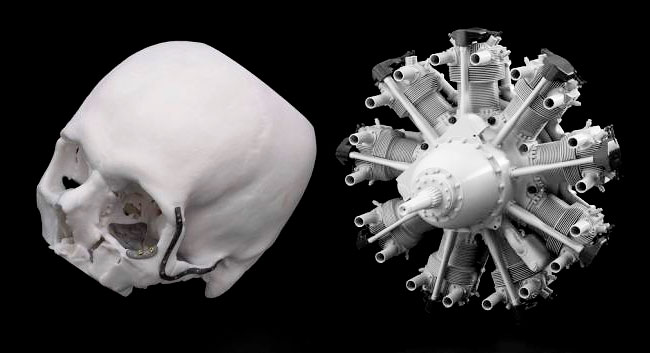 3D printed maxillo facial implants, by Renishaw are shown on the left. The right image shows a 3D printed 22.5 per cent scale model of the 1938 Bristol Mercury radial aircraft engine, by Peter Nicholson. 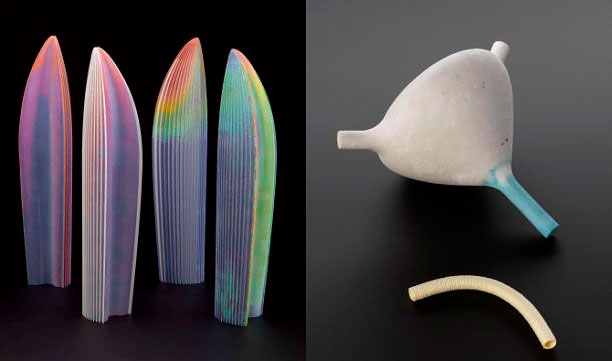 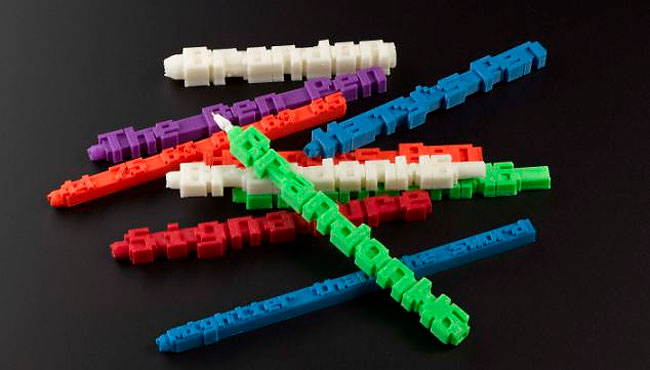 3D printed ‘Retro Font Word Pen’ samples, with 8-bit font on side and ball point pen inserts will be on display. These pens were created by Brandon Watt from Ontario, Canada. 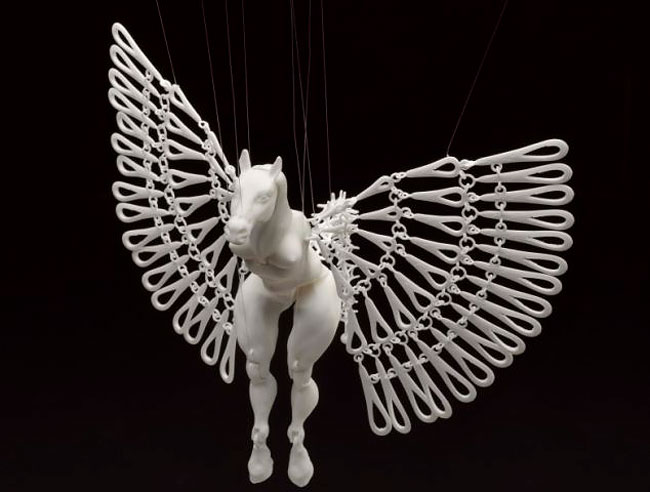 The ‘3D: printing the future’ exhibition, which goes on display at the Science Museum in London, will showcase the creative fruits of recent 3D printing projects. Pictured is the Horse Marionette, 5/20 by Michaella Janse van Vuuren.

Sources: The Guardian, The Daily Mail