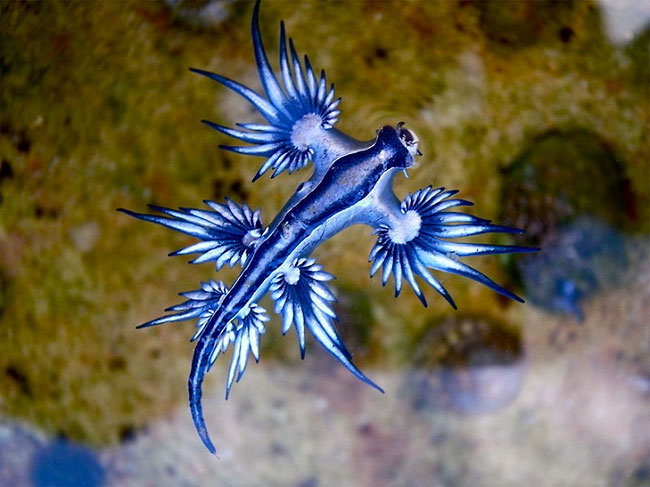 Depending on your tastes, this bizarre little blue creature may inspire either aww-worthy shrieks of excitement or a bit of discomforted shock, possibly a combination of both. Meet the blue dragon, one of the weirdest and most wonderful little-known animals in the world. The proper name of this mythical-looking creature is Glaucus atlanticus, or blue sea slug, and although it is much smaller than its fictional brethren of lore (only about an inch or two in length) it has a host of nasty tricks up its sleeve—er wing? 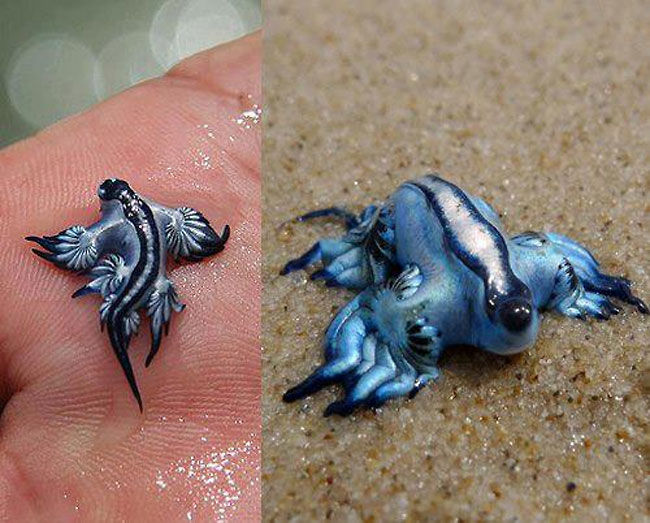 They spend their lives upside down, attached to the surface of the water and floating along at the mercy of the winds and ocean currents. Blue in color, they blend in with the water in order to camouflage themselves within their environment. 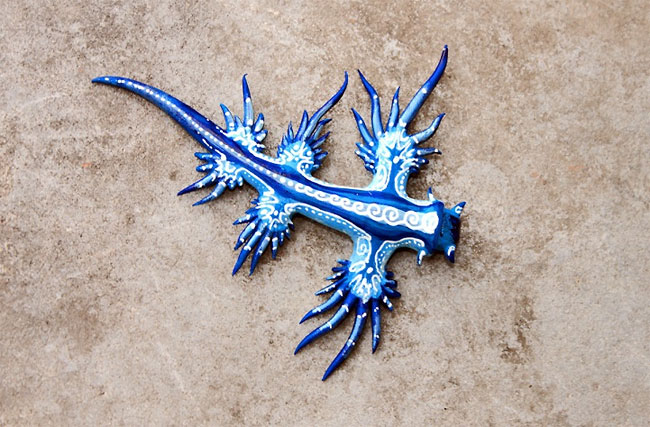 And though petit, these baby dragons are also dangerous: they predate on venomous cnidarians. They store the stings cells collected from these cnidarians within their own tissues, and use them as a defence on anything that bothers them. Handling a little blue dragon could result in a painful, and possibly dangerous, sting. 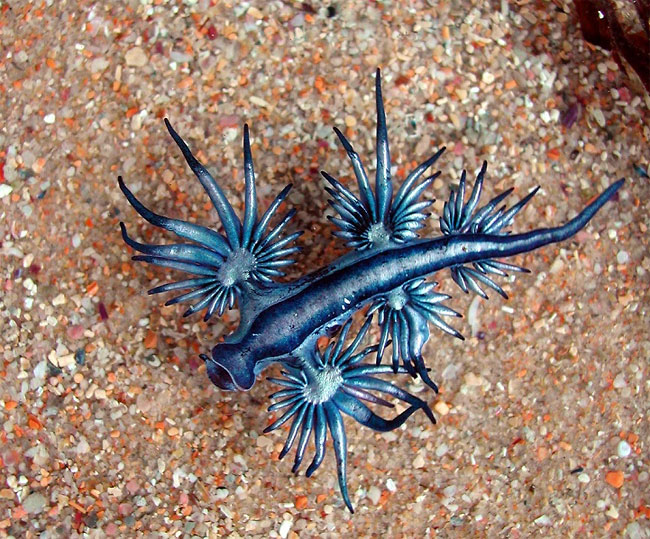 Although rarely spotted by humans, one of these alien-like specimens was caught on film after washing ashore in Queensland, Australia. 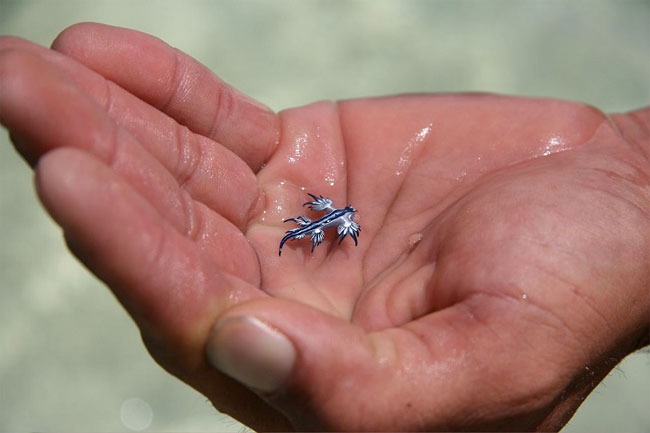 Via My Modern Met, The Dodo