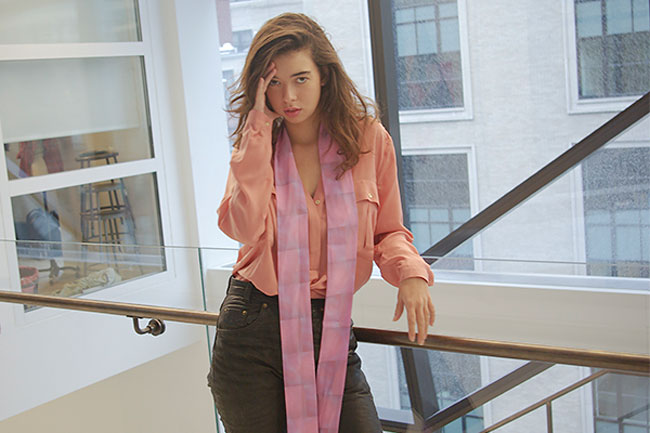 What does a provocative feminist artist do after livestreaming images from the inside of her vagina? If you’re Christen Clifford, you take those images, put them on a pink scarf, and market them as the “Pussy Bow.” 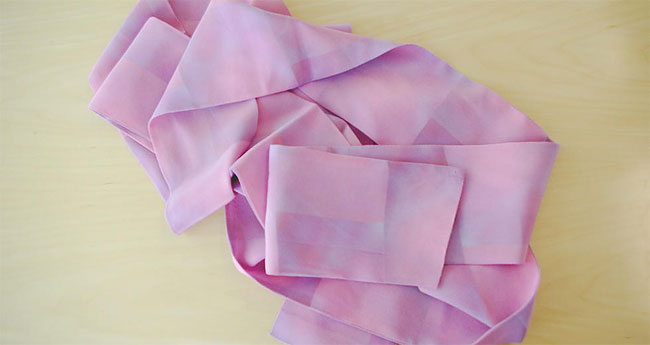 Clifford told the Daily Dot that the 100 percent silk accessory, which she’s selling for $50 each, is a “natural extension” of her work: She’s tackled topics such as childbirth, harassment, rape, menstruation and other body-themed topics in various ways.

Beyond art, it was the increasing attacks on reproductive rights and access to abortion that spurred Clifford to want to put her pussy around people’s necks. As she put it,

“I want to fight the patriarchy with art.”

She considers her Pussy Bow a timely call to arms in an era when a Colorado Springs Planned Parenthood clinic was recently the site of a deadly attack, and a woman in Georgia was arrested for inducing an abortion by taking pills. Clifford is even donating 10 percent of the proceeds to Planned Parenthood, an organization that’s especially meaningful to her because she used their services as a teenager, and has had an abortion herself. 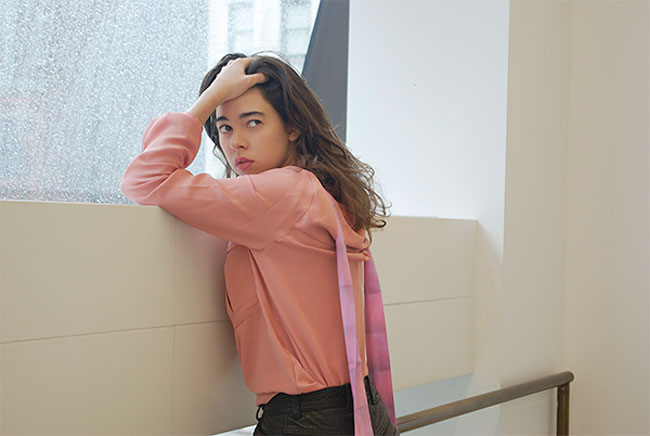 On the Pussy Bow Tumblr, she puts it bluntly: “For me, it’s just my pussy. And I’d love for you to wear it around your neck.” 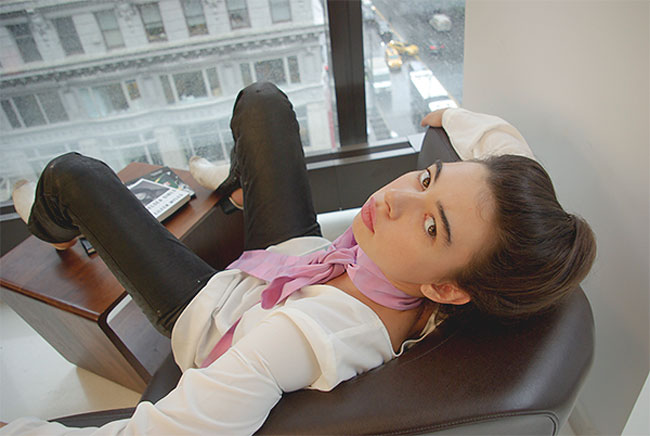 The project also gave her a different view of her genitals, literally and figuratively.

“The photo of my vagina’s interior represents so much to me,” she explained. 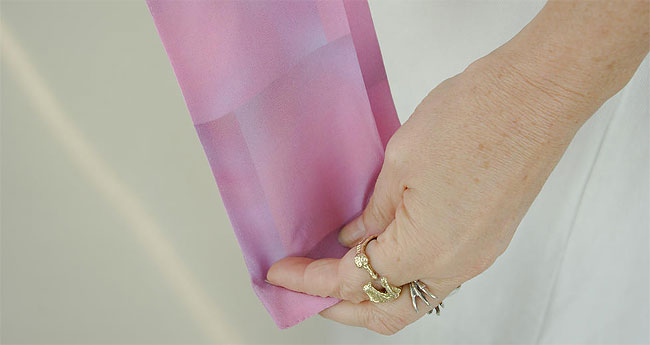 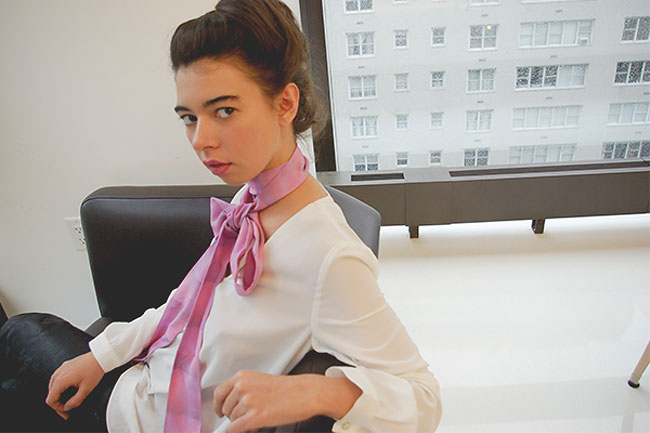 The scarves themselves are custom made by Clifford’s friend Cassandra Neyenesch, and can be adapted depending on the wearer’s size preferences. Clifford proudly shared that “a dandy I know just ordered one as a pocket square.” 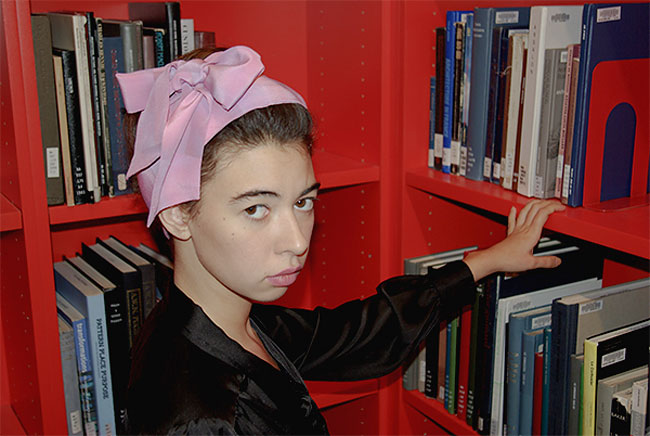 Naturally, the outspoken Clifford is also a proud wearer of her Pussy Bow. She adorned herself with one at a Friendsgiving holiday dinner, and when asked about her scarf, responded,

“I made it. It’s a Pussy Bow. It’s printed with the inside of my pussy.” The response? “That’s awesome.” 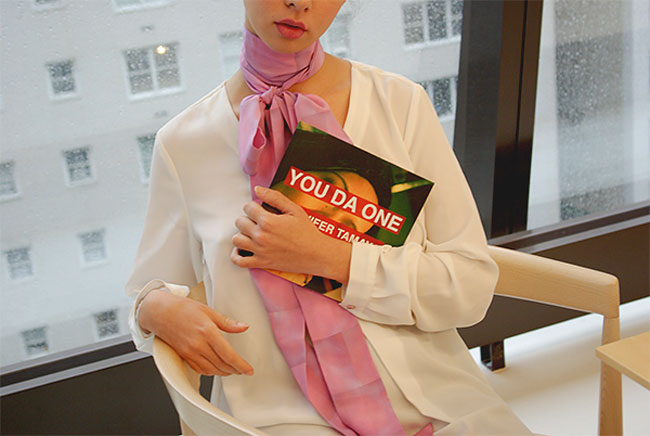 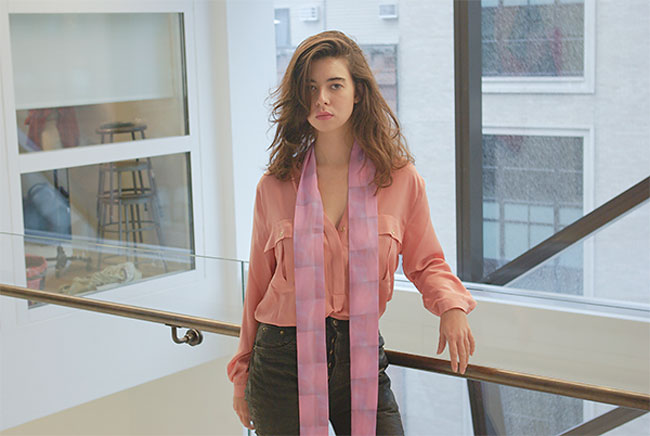 Santa Wants to Keep You and His Friends at The North Pole Safe This Christmas so He's Wearing a Mask
Creative Fashion Designs by Kansai Yamamoto in the Early 1970s
Artist & Chief Daniele Barresi Carves Out A Unique Space Between Food And Art
Images Of Europe's Most Spooky Abandoned Hospitals Show Just How Frightening These Once Sparkling Medical Facilities Can Be
Menswear Collections By Walter Van Beirendonck
We Regret To Inform You That Lace Men’s Shorts Are Here For The Summer
The Epic Alien-Inspired Installation by Mire Lee
This Russian Artist Dresses Herself And Her Models In Surreal And Weird Costumes Made Out Of Vegetables, Fruits And Plants
Pantone Colour Of The Year 2019 – Living Coral Is Your Shade Next Year
Photographer Merges Hundreds Of Images To Create A Chaotic Over-Populated World
Japanese Hobbyist’s Mind-Blowing Models Look Exactly Like Anime Stills
Japanese Plastic Food Samples That Look So Real, But Too Artistic To Eat
Volkswagen Just Re-Released Everyone’s Favourite Hippy-Van… But Now It’s Electric
Introducing Michael Najjar, The First Artist In Space
Creepstastic Body Paintings From A 16-Year-Old Artist
Artist Makes Evergreen Plants That Glow In The Dark
Incredible Japanese Statues Made With Dead Bugs
Dragons Protecting Baubles Like Their Own Eggs Is What Your Christmas Tree Needs This Year
Clever Wraps That Turn Instant Pots Into R2-D2 Or BB-8
How Is It Even Possible To Make Such Things Out Of Sand?!
Artist Recreates Harry Potter's Universe As Famous Brand Logotypes
Artist Spends 3 Days Erecting A Life-Size Lego Statue Just To Be Ruined In Seconds
McDonald’s Offering Massive 48-McNuggets Bucket in Japan, But True Idol Fans Need to Eat 1,200
Superhero Bookshelves By Turkish Artist Burak Doğan
artist, feminist, images, launches, scarves, vagina