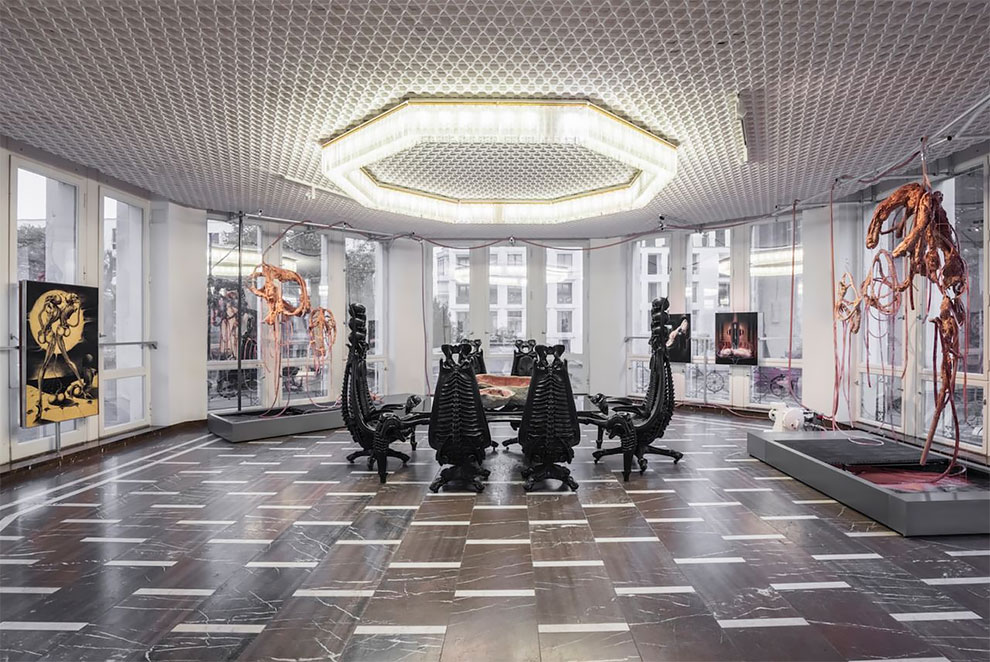 In 2021, the Berlin Schinkel Pavillon opened a special exhibition as part of the Berlin Art Week. In a scenario that is as seductive as it is dystopian, «HR Giger & Mire Lee» combines for the first time the worlds of Swiss visionary HR Giger and the works of South Korean artist Mire Lee. 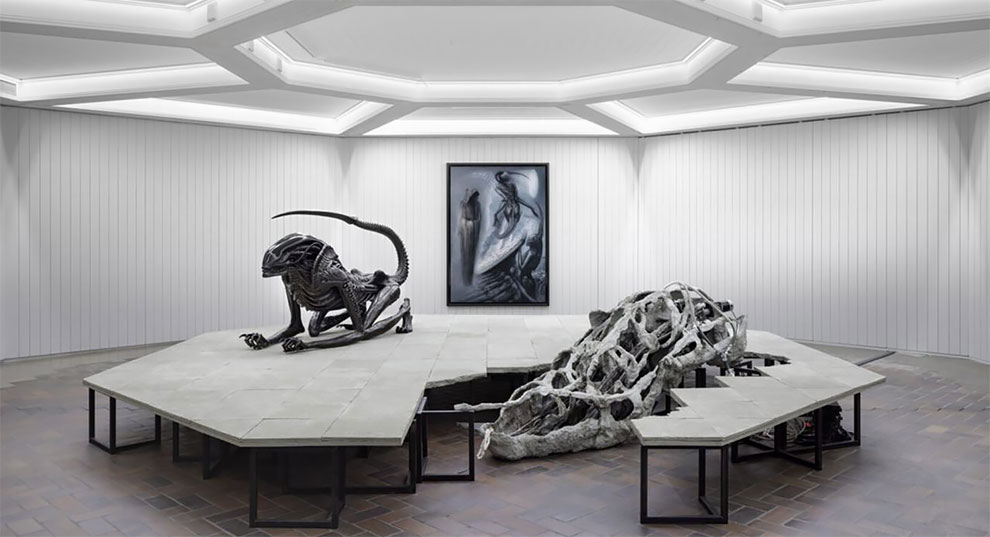 HR Giger was not only a painter, sculptor and designer, but also the inventor of the legendary Xenomorph, the alien species from Ridley Scott’s 1979 iconic «Alien» movie. Alongside outstanding works that led to the creation of this iconic figure, the exhibition showcases the artist’s body of work – including early oil paintings, ink drawings, sculptures and never-before-seen extracts from private diaries.

Mire Lee has recently become known for her kinetic sculptures and quasi-alchemical installations; complex arrangements and structures made of silicone, PVC tubes, polyester and building materials, through whose organ-like passages and vessels viscous substances circulate or coagulate into proliferating crusts. The works newly developed for the Schinkel Pavilion are reminiscent of dissected body parts and mechanically impulsive metabolic processes. 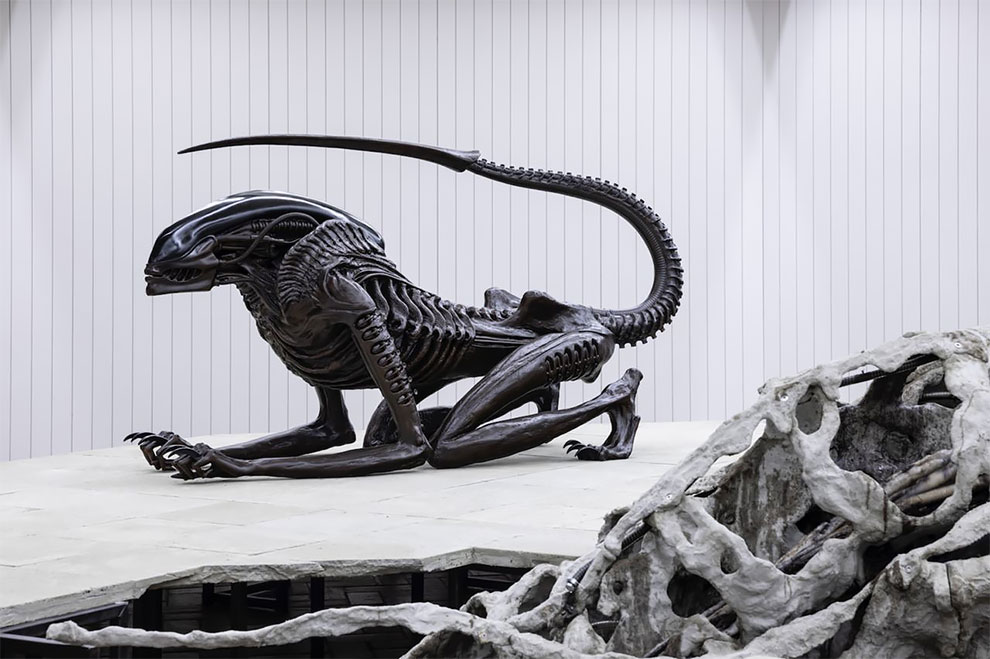 Together, HR Giger and Mire Lee transform the main room of the Schinkel Pavilion into a womb-like, oversized honeycomb. In it, Giger’s visions of grotesque, mutant-like figures depict his fear of the nuclear arms race, situated in the context of the Cold War, while his prenatal traumas, not least personal ones, take on oppressive form. In between, suspended from the ceiling, float Mire Lee’s Carriers – offsprings: pink, bulbous creatures with sprawling, umbilical cord-like tentacles through whose insides slimy fluids are pumped, spurting out every now and then. 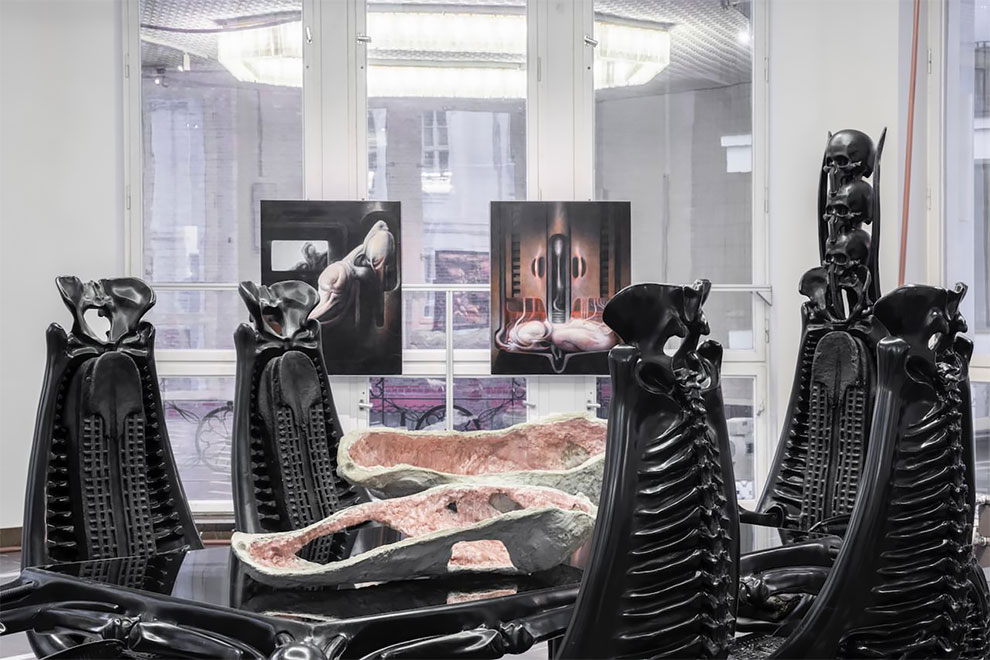