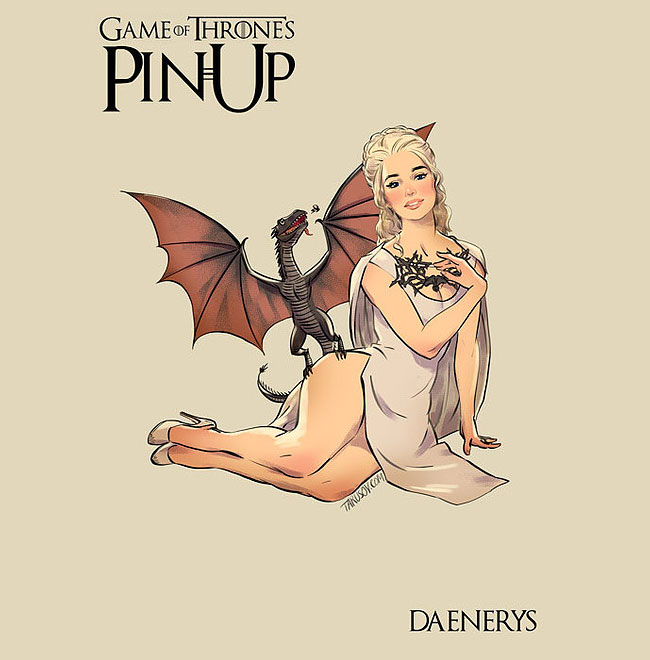 For all its rampant sexuality, Game of Thrones is missing one thing: even more sexuality. 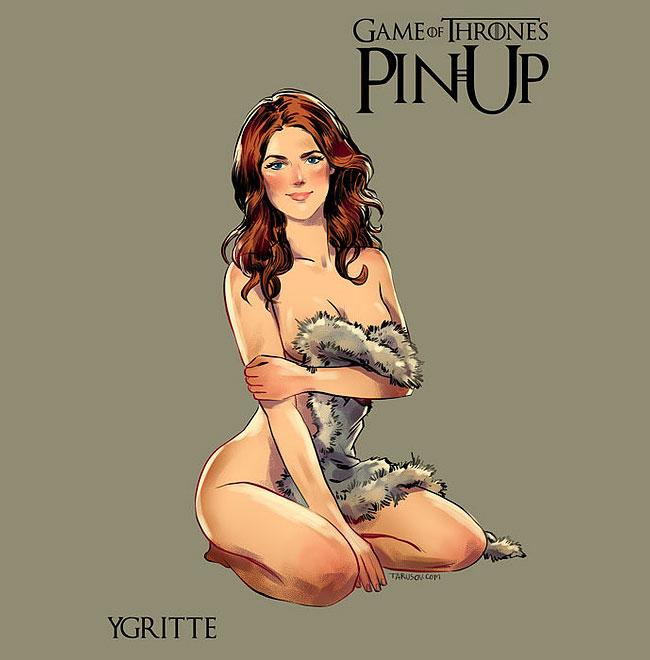 Tarusov, an illustrator and animator who specializes in vintage-style pin-ups and comics, adopted the pin-up poster aesthetic in order to blend decades-apart pop cultural icons. Few parts of our current pop culture are as simultaneously ubiquitous and racy as Game of Thrones, so Tarusov’s time-traveling, hyper-sexualized style and the HBO show are a near-perfect fit. 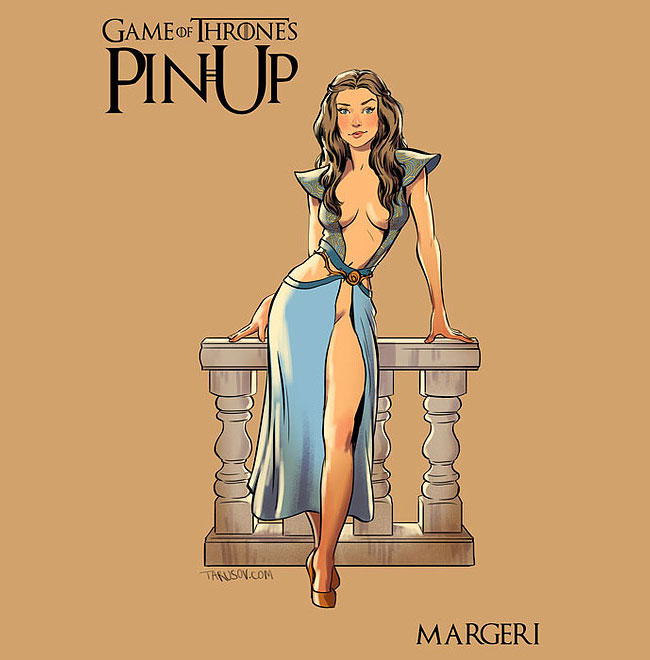 The pin-up, however deeply rooted in American culture, is a thing of the past for a reason, though, as UCreative points out: “Of course, we should put the pin-up poster in context—an era where a woman’s potential is viewed to be tied to her sexuality. That’s another issue though.” 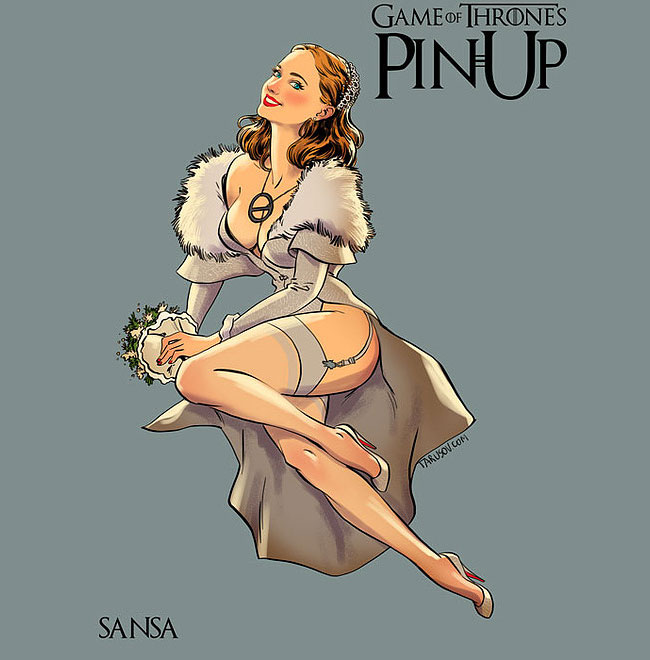 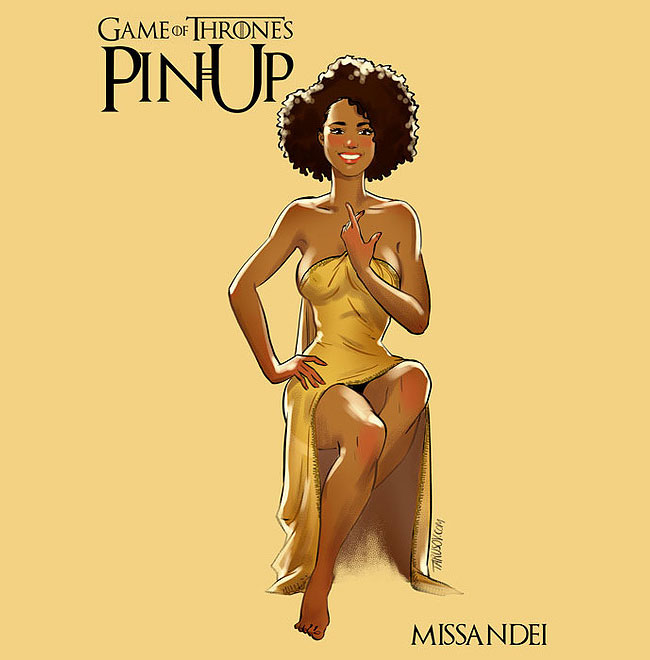 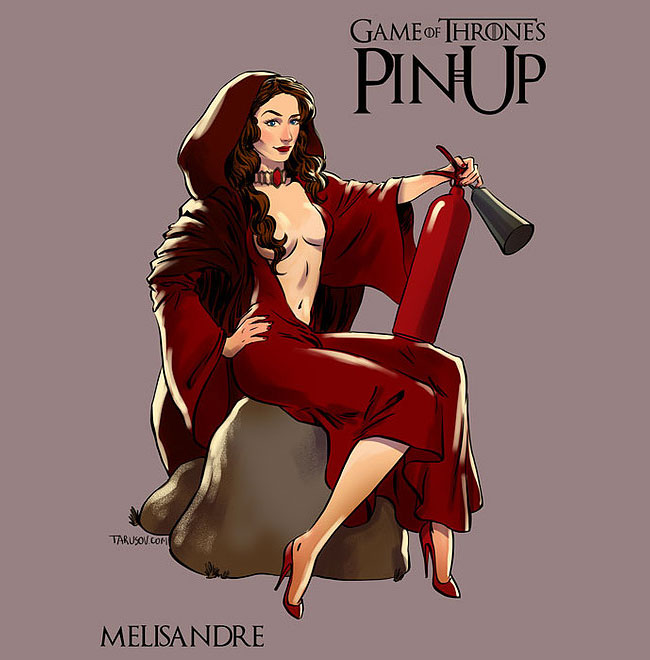 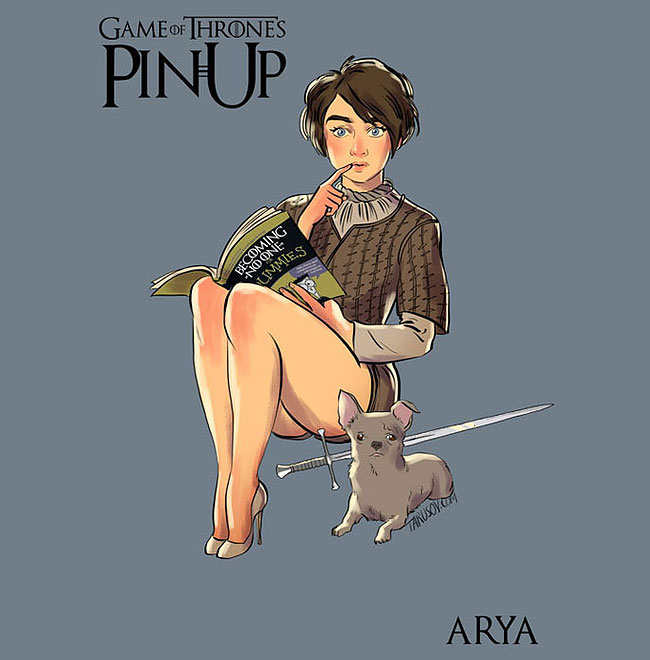 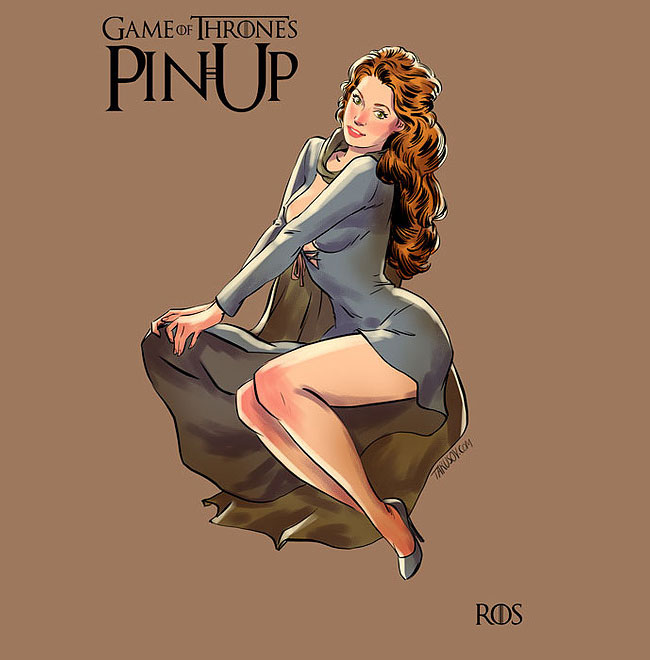 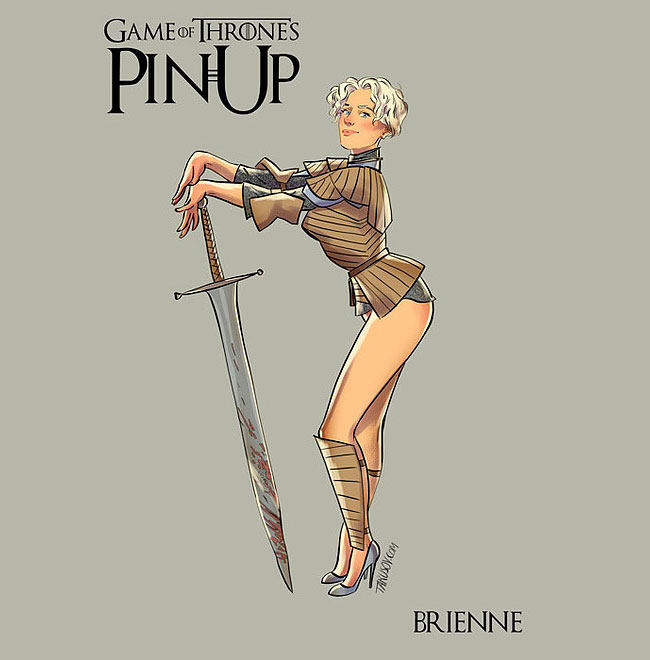 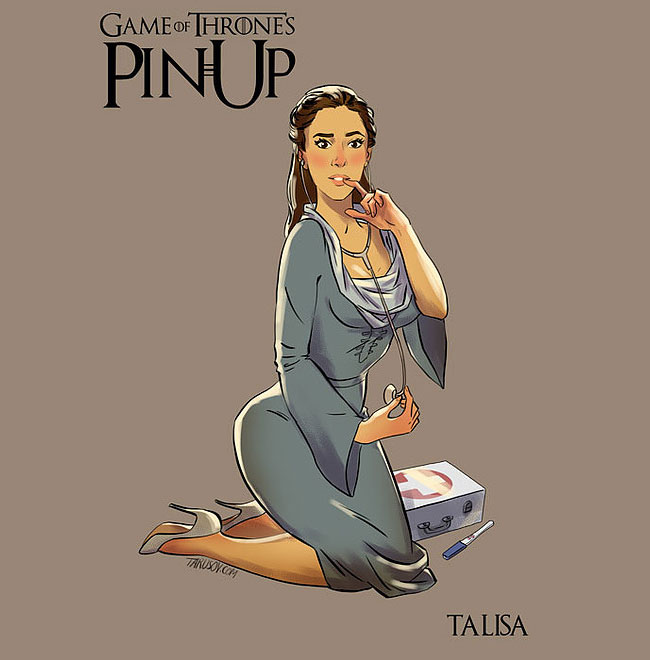 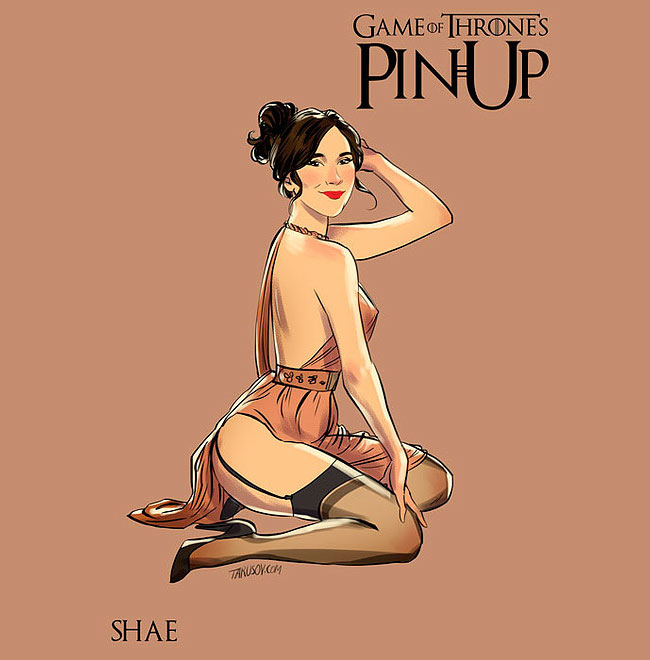 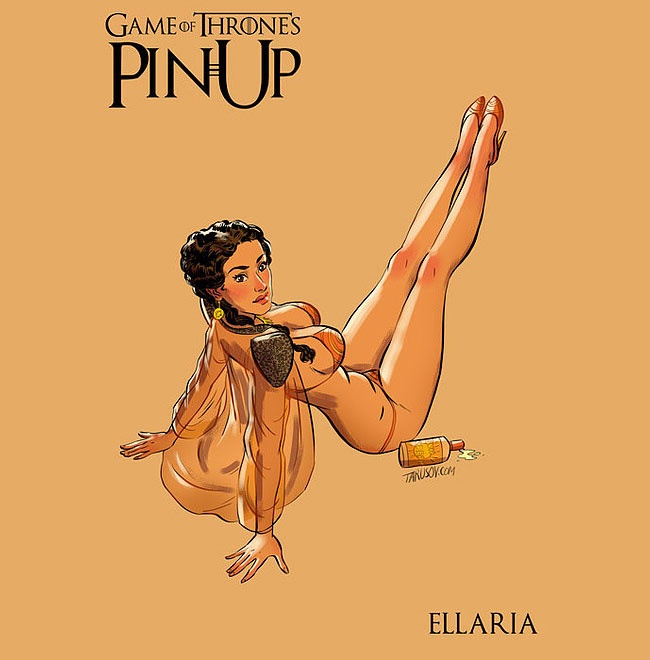 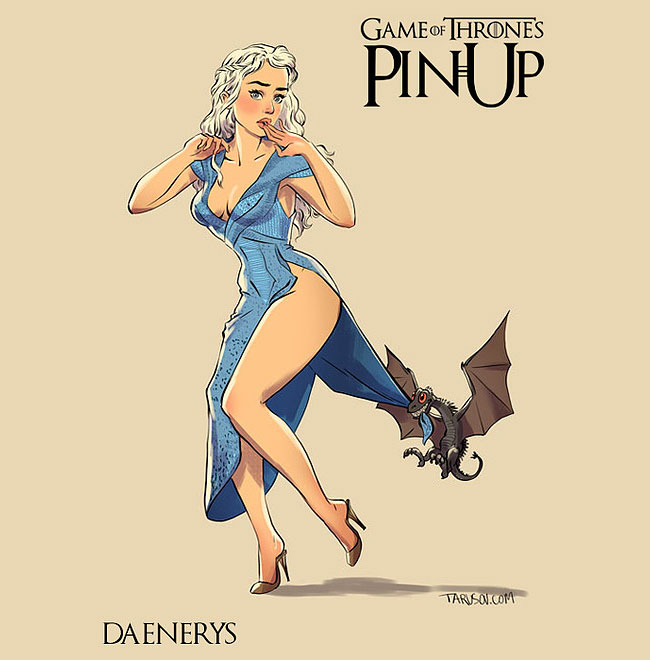 The Many Faces of the Tiger: Funny Drawings by Bu2ma
Books That Sound Dirty, But Are Completely Innocent
Short And Funny Comics By Malaysian Artist Tang Yau Hoong
This Pin-up Calendar Is Not What You Expect
Digital Artist Creates Thought-Provoking Illustrations That May Make You Look At Things Differently
The Nightmare That Was 'His & Her' Fashion
Kate Hudson For Ann Taylor 2012 Summer Campaign
Izzy Wheels Turns Your Wheelchair Into a Fashion Statement
24 Makeup Transformations That Deserve An Oscar Nomination
"Always Moving Under the Surface": Organic Typography by Alex Ortiga
Guy Shows Off His Amazing World War II Cover Up Tattoo
Bizarre And Creepy Vintage Christmas Cards From The Victorian Era
Elmer Duyvis
This Instagram Account Spreads Awareness About What People With Chronic Illnesses Go Through Every Day
Satirical Illustrations Of Police Officers Around The World
Husband Illustrated Every Single Day He Spent With His Beloved Wife In 365 Drawings
"Physiology of the Humanoid": The Digital Surrealism of Frenetik Void
'Hong Kong is Not China': Artist's Illustrations Go Viral
Urban Melancholy: Night Cityscapes By The Artist Alexey Butyrsky
Jigsaw Puzzle That Will Exercise Your Patience
Cartoon Robocop and Gremlins: Superb Caricatures by Lyle Cruse
Artist Illustrates What It’s Really Like To Be In A Long Distance Relationship
"Before I Die, I Want To..."
The Superb Car Concepts By The Russian Artist Andrey Tkachenko
Artist Isabella Montan Creates Pantone-Inspired Pop Culture Graphics
Cyberpunk Babushkas: These Grannies You Wouldn’t Dare Help Across The Road
Mechanical Engineer Creates Superb 3D Bio-Mechanic Artworks
Hilarious Sculptures Inspired By Tom And Jerry’s Most Unfortunate Moments
Artist Illustrated 25 Bad Puns To Brighten Your Day
Boston Artist Matthew Zaremba Has Used Art and Instagram to Process Reality and Capture His Feelings
artist, characters, depicts, drawn, series, thrones