Provocative Los Angeles-based street artist Sabo has set his sights on Leonardo DiCaprio and Hillary Clinton, satirizing their respective charitable foundations and turning them into money-laundering enterprises in a series of new posters that have been put up in Los Angeles. 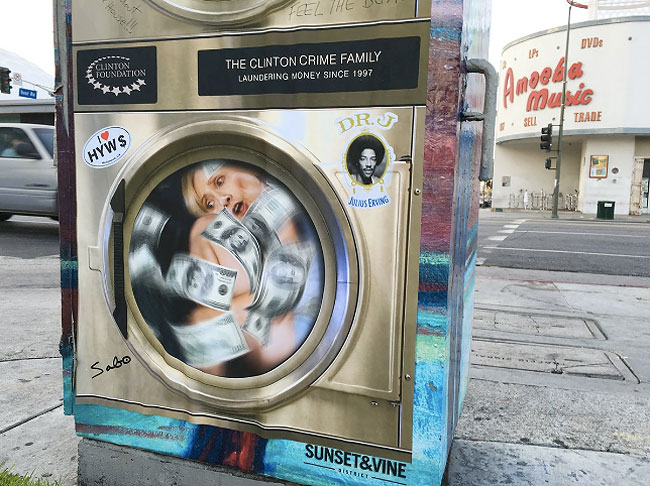 Reports surfaced that DiCaprio’s foundation is alleged to have received donations from funds tied to a $3 billion Malaysian embezzlement scheme. Meanwhile, Clinton has been dogged by a steady stream of revelations that she allegedly used her position as Secretary of State to grant preferential treatment and special access to major Clinton Foundation donors. 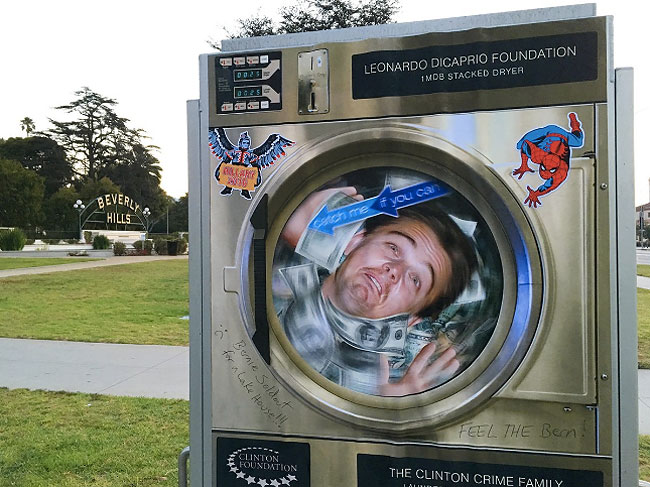 Sabo — who has a history of lambasting liberal politicians and Hollywood actors with his art — let loose with his latest piece, which sees the heads of both DiCaprio and Clinton spinning around in stacked clothes dryers with $100 bills swirling all around them. 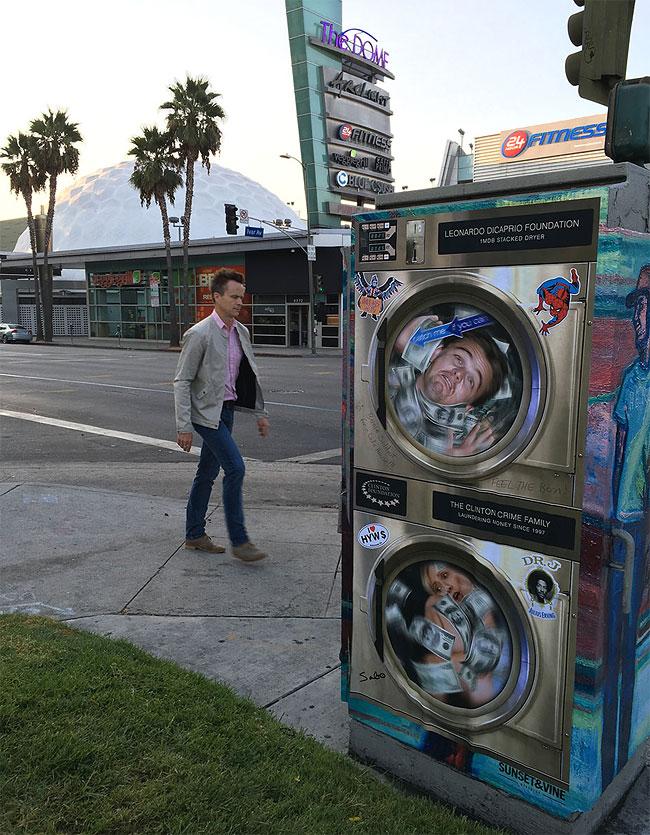 Designer Michael Irwin Perfectly Rebrands Famous Logos Just For Fun
Beyond: Artist Imagines Of What The World Will Look Like If Quarantine Doesn’t End
Artist Friend Spent Over 500 Hours On These Paintings Capturing The Suffering Of The Ukrainian People
Russian Design Agency Developed Creative Package With A Funny Blue Cat Walking Between Milk Packs
Artist Adds Dark Humor To His Comics That Look Innocent At First
"Don't Trust the Truth": The Superb Graphic Design Works of Sebastian Onufszak
Web Developer Creates A Site That Turns Your Photos Into Works Of Emoji Art
Elegant Figures and Faces of Dancers Emerge from Intricately Folded Sheets of Fabric
Girl's Dreams and Robots: Illustrations by Eri Cruz
An Artist Imagines If Popular Sodas Were Cartoon Character
Source of inspiration since 2007. Proudly hosted by WebHostingBuzz.
Privacy Policy · Terms of Service · Content Removal Policy 🇺🇦 ❤️